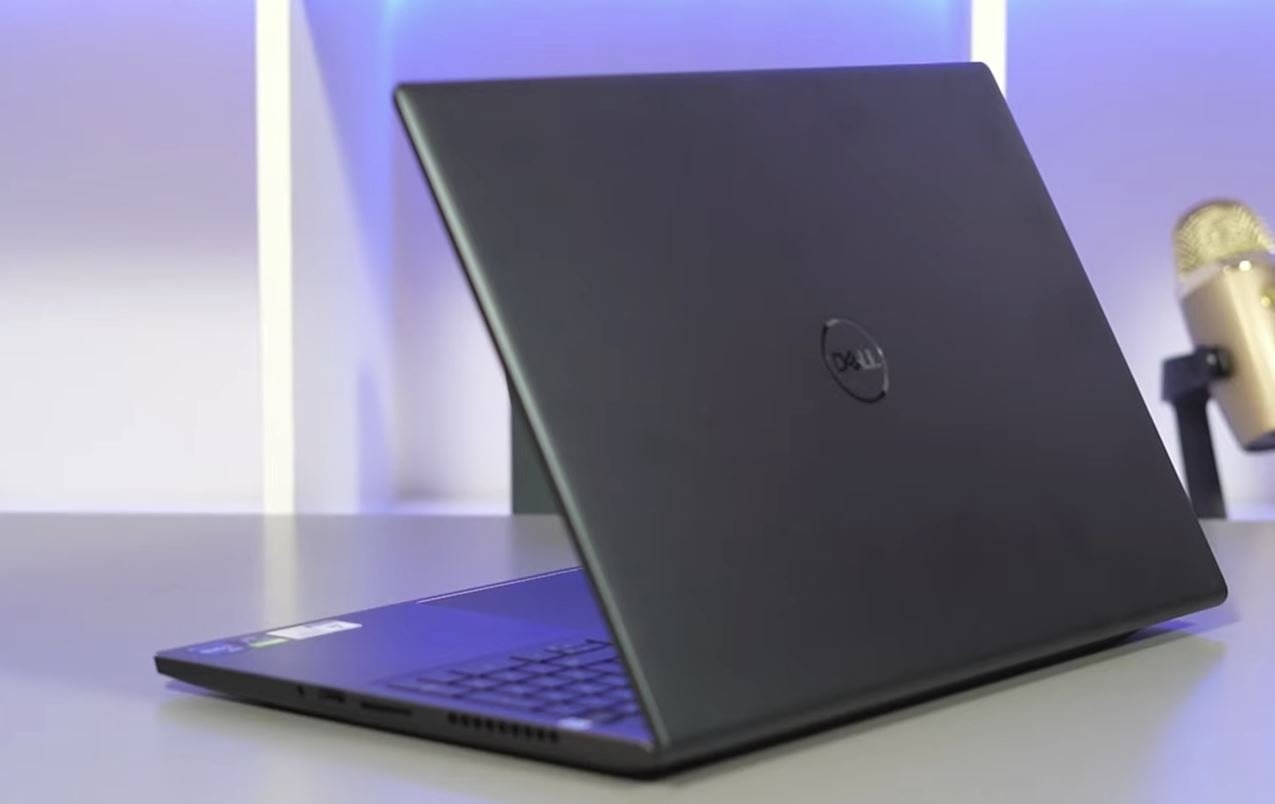 The XPS is arguably the most well-known Dell brand laptop. But the range of the American giant is not limited to these premium ultrabooks, even if they are the best Windows alternative to Apple’s MacBook Pro.

The main asset of this Inspiron 16 – whose price starts at less than 900 $ – lies in its 16:10 High Definition screen. What to make a good deal of this end of the year?

Offered in mist blue color, the Dell Inspiron 16 offers a welcome touch of freshness in a world where gray and black dominate. In addition to the aesthetic side, this color has the advantage of not being very sensitive to fingerprints. An asset on a 2 Kg ultrabook whose vocation remains to be transported regularly.

The appearance of the Inspiron 16 Plus is no different from a standard laptop. It’s so slim that you can’t think it has a built-in high-performance CPU and GPU.

The body color is mistake and blue. The actual shade is a slightly bluish metallic gray. The top plate is made of resin (plastic). The surface is matte, and fingerprint marks are not noticeable.

The display can be opened with one finger. The keyboard surface is mist blue, and the keys are dark gray. Glittering diamond cut around the palm rest. Diamond cut processing on the touchpad 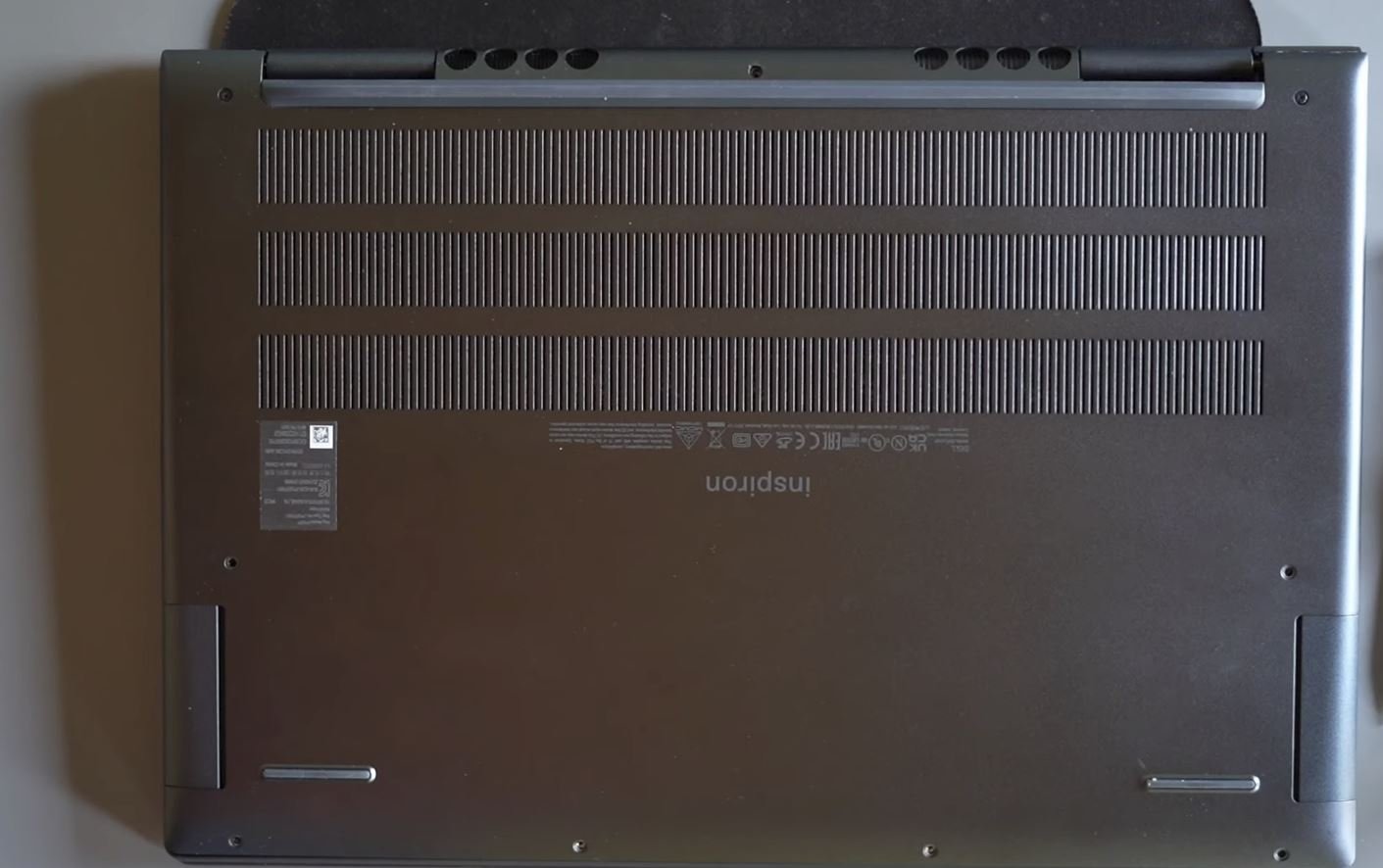 The bezel is very thin, and the area around the screen is neat. The exhaust port is located on the back, but warm air hits the screen when you open the display. The power adapter is a 130W round mouth type. It weighs 506g and is quite large.

The speaker is placed on the bottom. It is thicker at low temperatures and has a higher sound resolution. The midrange sounds a bit muffled but not noticeable. High sound quality for a notebook PC

The finish does not call for reproach. As for the rigidity, it is satisfactory even if some areas are more sensitive to pressure. This is particularly the case for the center of the outer cover and the right third of the keyboard.

Access to internal components is hardly a problem. Two RAM slots are accessible, as well as two SSD slots. Please note, one is in the compact M.2 2230 format.

The year 2021 seems to sign the comeback of screens in 16:10 format. The Inspiron 16, therefore, follows the trend and has as a bonus a 3K panel (3072×1920 px) offering a resolution of 226 PPI. A High Definition screen allows you to take advantage of increased display finesse. Difficult, if not impossible, to see the difference with a UHD screen on this point.

High-definition displays are suitable for people who process photos and images. Although the color is not at the print level, it can say that it is sufficient for display and hobby levels. The GPU is for entry, but it’s fine performance if it’s image processing.

The GPU-less model is for those who perform advanced data processing and create documents. In addition to handling the processing quickly, the work should be greatly improved because a huge amount of data can be displayed together. It may also be good for advanced information gathering.

However, colorimetry lags behind most 4K panels on the market, with “only” the sRGB space covered. At 6600K, the native white point does not call for criticism. Ditto for the contrast ratio (1290: 1). Conversely, with 280 cd / m2, the maximum brightness lacks intensity for outdoor use or a bright environment. However, this remains consistent with the pricing positioning of the Dell Inspiron 16.

While the quality of the 720P webcam is average, like many laptops, it has a built-in privacy cover. An asset for users concerned about their privacy even if handling is not easy in practice.

As you can see, the Inspiron 16 Plus is a laptop for those who want to do advanced tasks efficiently. I think it would have been nice to have a model with 32GB memory, but you can add it yourself. Recommended for those who need high performance and a large desktop.

The Dell Inspiron 16 comes in various configurations. All are equipped with 11th generation Intel processors. A Core i5-11400H Hexa Core for the entry-level or a Core i7-11800H for the high-end versions. An Octo Core CPU supported by a GeForce RTX 3050 or RTX 3060.

PCMark10 is a benchmark test that measures the comfort of working with a PC. 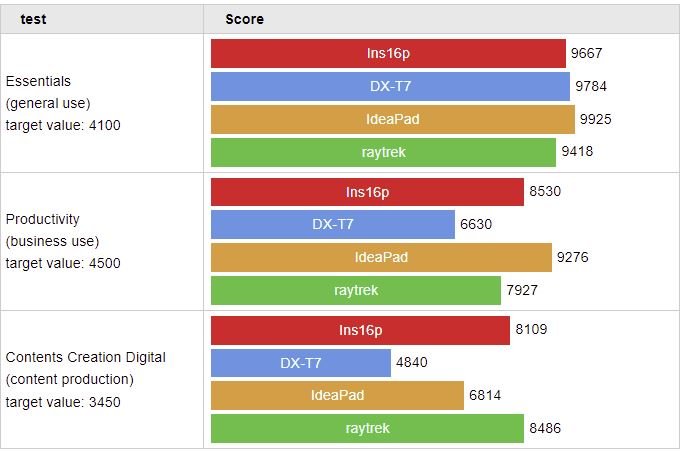 The result is very good. It greatly exceeds the target value, which is a guideline for comfortable use and can be performed without problems for general work. It will perform better than a standard notebook PC without a GPU. Also, if you do a little work, you can expect a performance that is not much different from the middle-range machine. 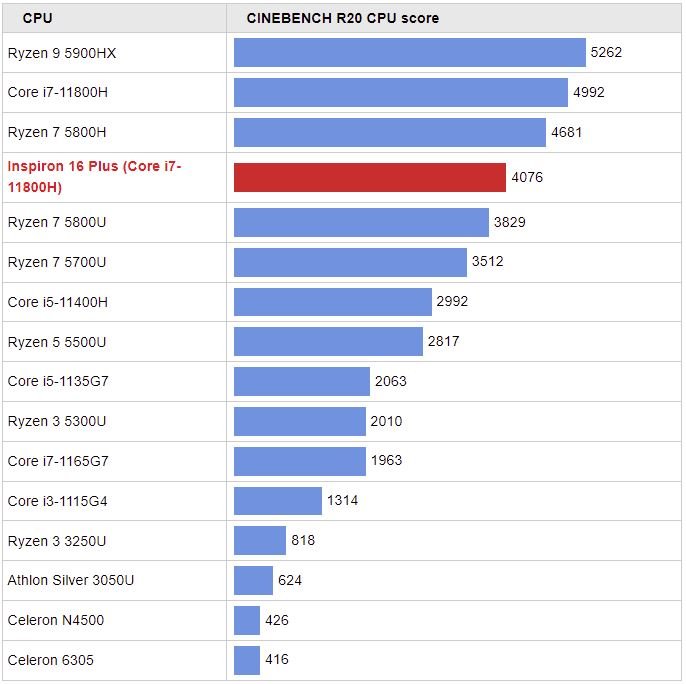 UHD Graphics with built-in CPU or GeForce RTX 3050 with dedicated graphics is used for graphics functions. For UHD Graphics without GPU, the graphics performance is very modest. Suitable for people who do not use games or software for creators.

Since the external GPU GeForce RTX 3050 is an entry (introduction) class, the performance is about moderate compared to GPUs in the middle range and above. However, it has a much higher performance than UHD Graphics with a built-in CPU. 3D benchmarks outperform previous generation entry GPUs for those who use games and software for creators. 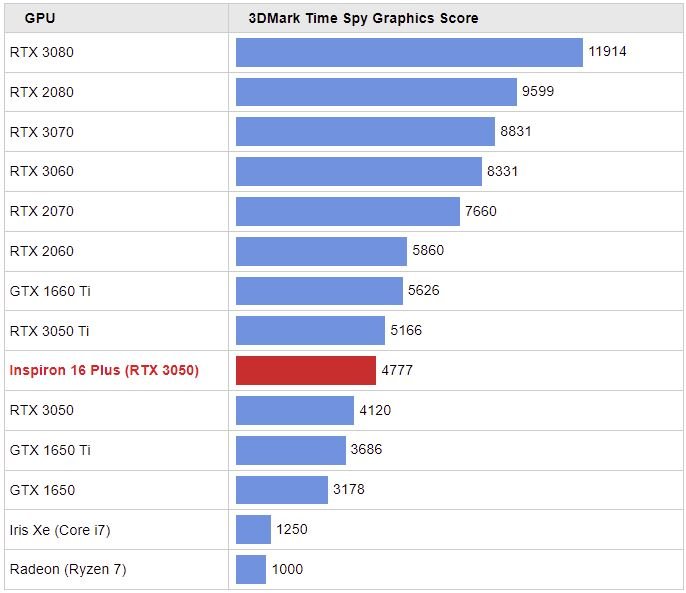 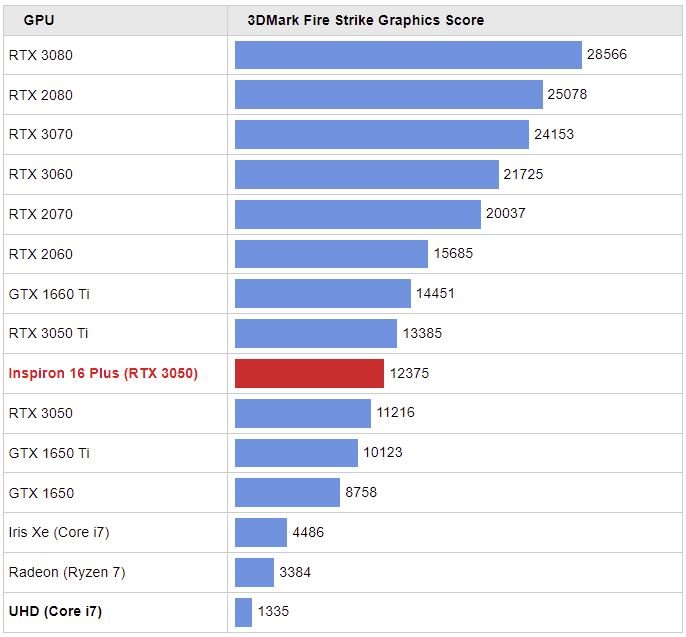 If the connection is not the most generous, the essential is still present. On the left, an HDMI 2.0 output, a USB-A and USB-C port compatible with Thunderbolt 4.

Don’t be fooled by the grilles above the keyboard; this is just an aesthetic element intended for airflow. The two small speakers are located under the chassis, like many laptops.

If the sound lacks power and is fairly well detailed, the general rendering lacks warmth. More bass would also be welcome.

Without being unpleasant, the strike does not leave an unforgettable memory. As for the backlight, it can be adjusted according to two intensities. The power button has a Windows Hello compatible fingerprint reader. Convenient to unlock your session without having to enter your password.

The touchpad displays generous dimensions, to say the least, with 13 centimeters long and 9 wide. Only the MacBook Pro 16 does better in this area. It is thus easy to perform multitouch gestures. On the other hand, the detection of the palm is sometimes random, which causes unexpected movements of the cursor.

Inspiron 16 comes with an 86 Wh battery and low weight (2 Kg). The machine will appreciate a comfortable battery(about 8 hours inactive WiFi web browsing, brightness at 140 nits) for a laptop with a High Definition panel.

The 130W charger is not too bulky (160x80x25 mm). If necessary, it can be recharged via USB-C, but the charge will be slower. It will not deliver enough power to maintain the battery capacity at 100% when the processor and graphics card are continuously used.

Note the possibility of choosing between different charging modes according to your daily habits.

Related Topics:
Up Next