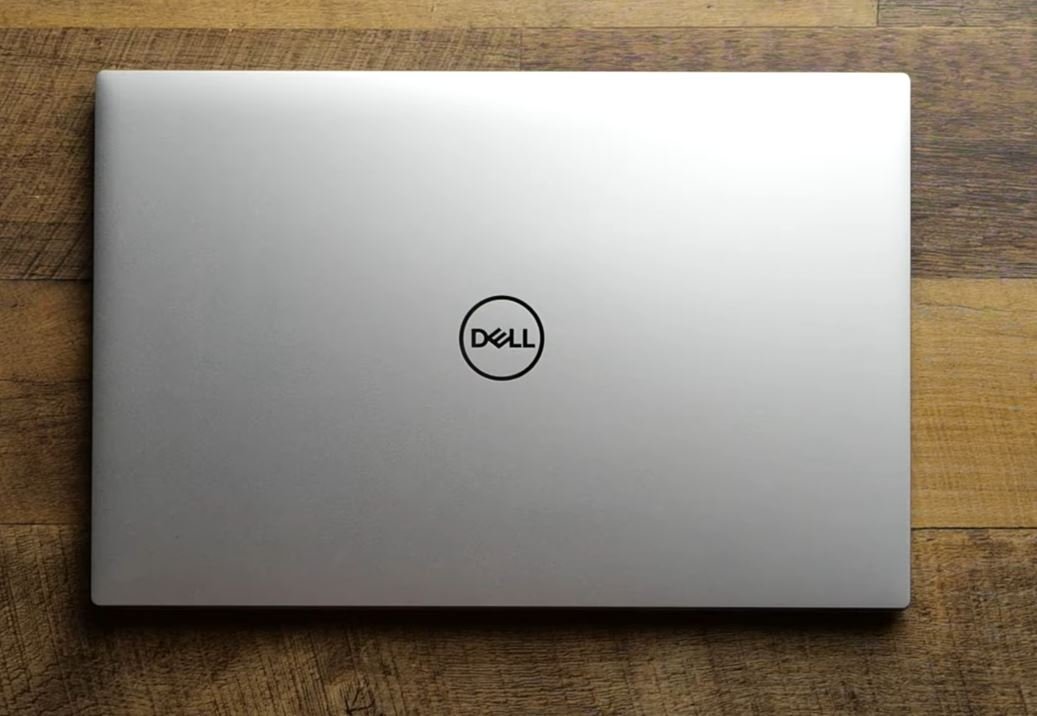 Choosing a laptop depends a lot on your needs, whether mobility, power, autonomy, or budget. This Dell XPS 17 9710 fits in the box of powerful PCs but with little mobility, intended for professionals who do not want a tower but have significant performance needs.

In terms of design, it is precisely like the XPS 15. The PC is relatively thin; it is the same thickness, which is a clear advantage given its size; 17 inches is big. The top of the XPS 17 is quite basic, in gray aluminum with the DELL logo in its center in shiny silver effect; it is quite pretty and sober. 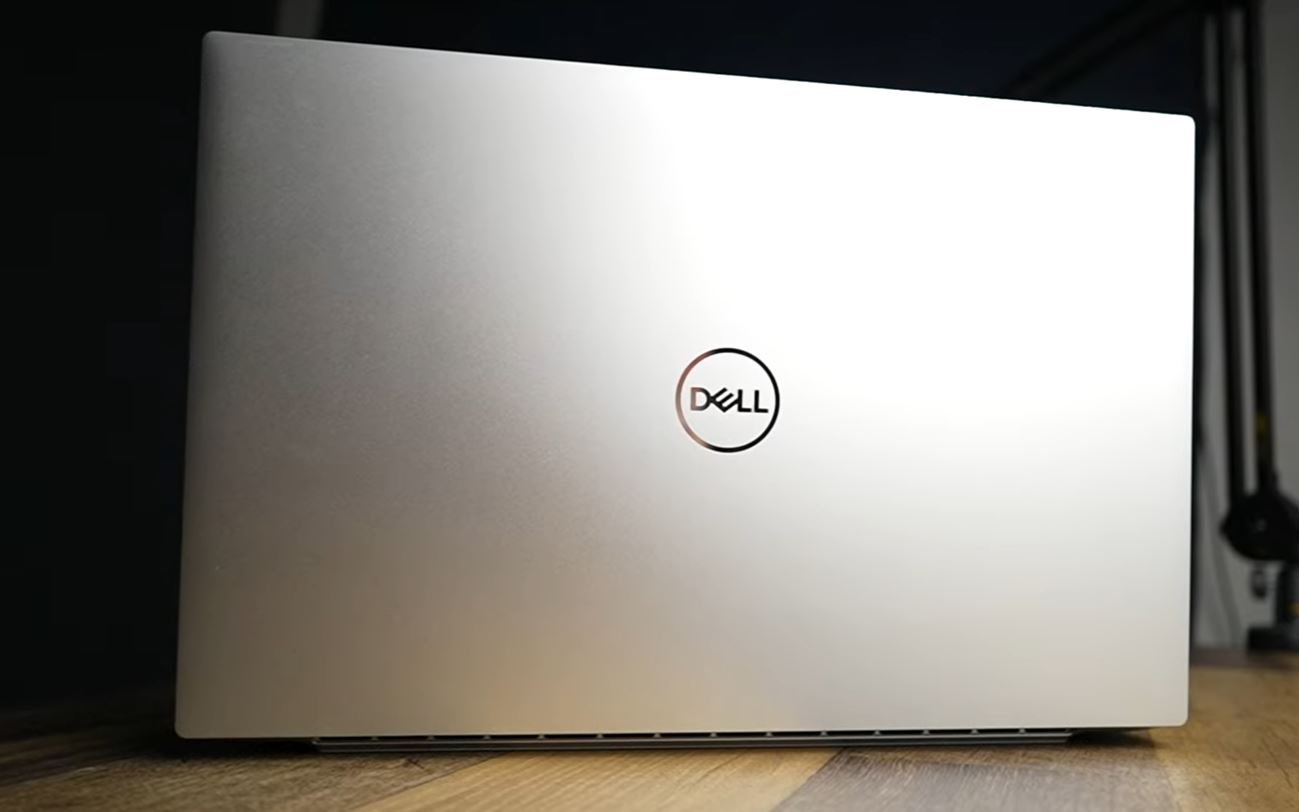 When opening the PC, the first impression is a feeling of quality emanating from this PC; the carbon effect in the mixture of black, gray color is superb and exudes quality, which has become one of Dell’s strong points since then. Many years. The keyboard in its center is backlit with a relatively classic layout; the whole is very reminiscent of the MacBook Pro. 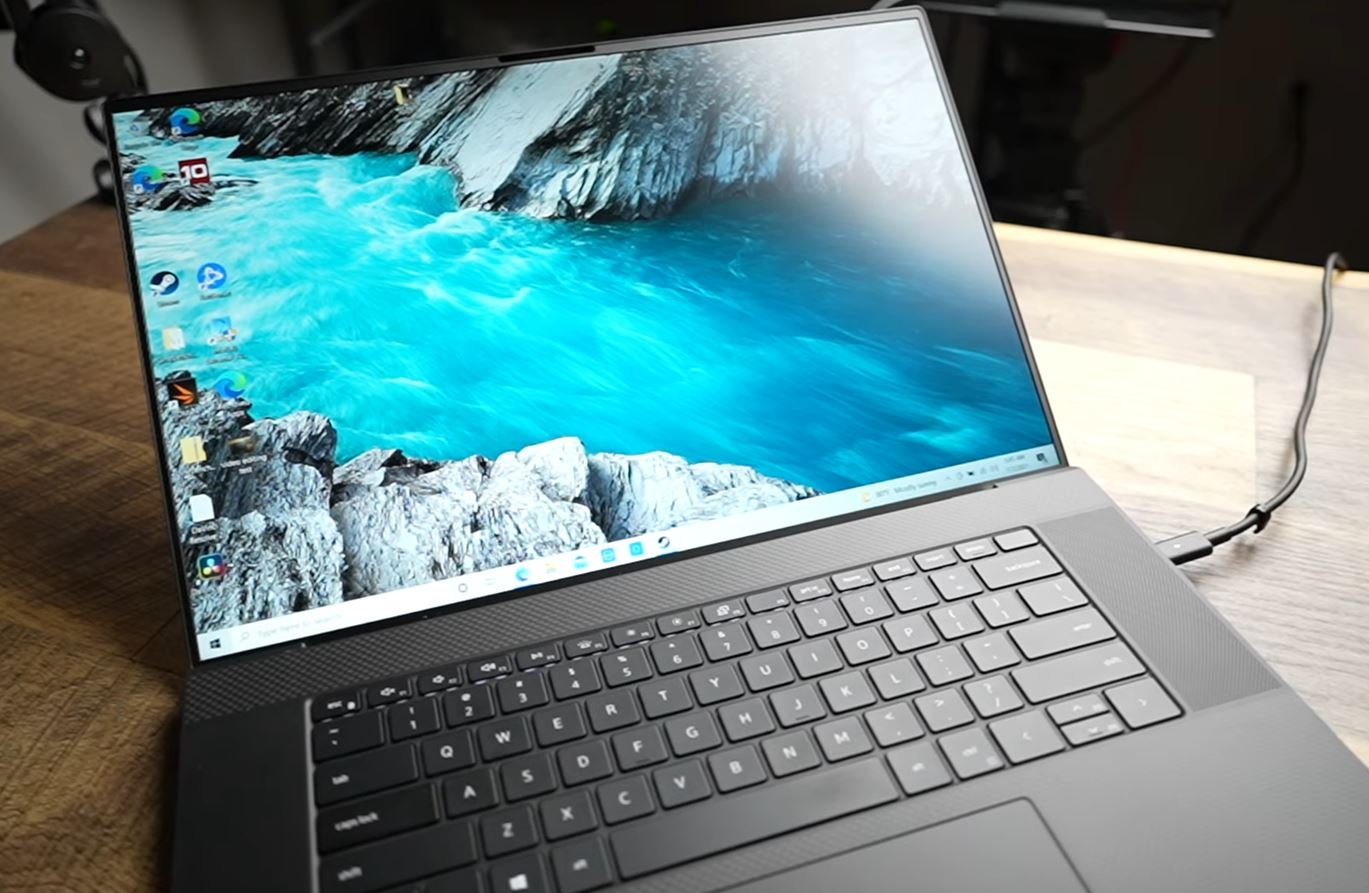 The screen is based on a 17-inch panel rather borderless, glossy, and of excellent quality as usual with a resolution of 3840 x 2160 px, a boon for the eyes on this just gigantic screen, which will delight image professionals. But we’ll get to that later. In addition, you will find the two microphones on the front edge at the top of the screen, very discreet.

Right below the keyboard is the trackpad, which is enormous but very nice as usual on XPSs. The speaker grilles are positioned on both sides of the keyboard.

On the sides of the PC, you will find the different ports, which include:

Below the PC, you will find the two rubber pads that keep the PC in place without slipping. There are also the ventilation grilles that take almost the entire width of the PC and the non-slip strips, with the XPS logo in the center in the same design as the Dell logo on the top of the PC and the legal notices of Dell.

The design is clean, which is very nice and very reminiscent of Macs (we know it pleases); the shape is quite square with some rounded, which accentuates the massive side of the PC.

From the screen’s point of view, it is, as usual, excellent; the 17-inch screen is enormous with its resolution of 3840 x 2160 px, which will allow you a display of excellent quality, undoubtedly one of the best on the market. And that’s saying something. It is an IPS screen with a frequency of 60 Hz; no more needs here; it is not a gaming PC.

The screen is undoubtedly an LCD but has a beautiful brightness of 500 cd / m², allowing it to hold out in the middle of the night and during the day. However, be careful not to put it outside in direct sunlight; the experience will not be pleasant or productive. Of course, working in direct sunlight with a PC is not necessarily the best idea.

The 17-inch screen is tactile, which makes the PC more intuitive at times. Keep in mind that we are on Windows 11, which allows us to fully exploit the touch functions of the computer, given the size of the elements. Indeed, Microsoft has made great efforts to integrate touch features into their latest OS. On the other hand, tablet mode is not possible on this PC; 17 inches is significant, and turning it over to make a tablet is not the best idea.

The panel also covers 100% of the sRGB color space and 94% of the DCI-P3 area. On this point, we show a slight disappointment; we could have had a PC that covers the entire DCI-P3 spectrum anyway, at the price at which the PC is sold. Despite everything, the Dell XPS 17 9710 of 2021 offers a very nice screen with somewhat accurate colors; although a bit saturated sometimes, nothing very annoying, it remains perfect. 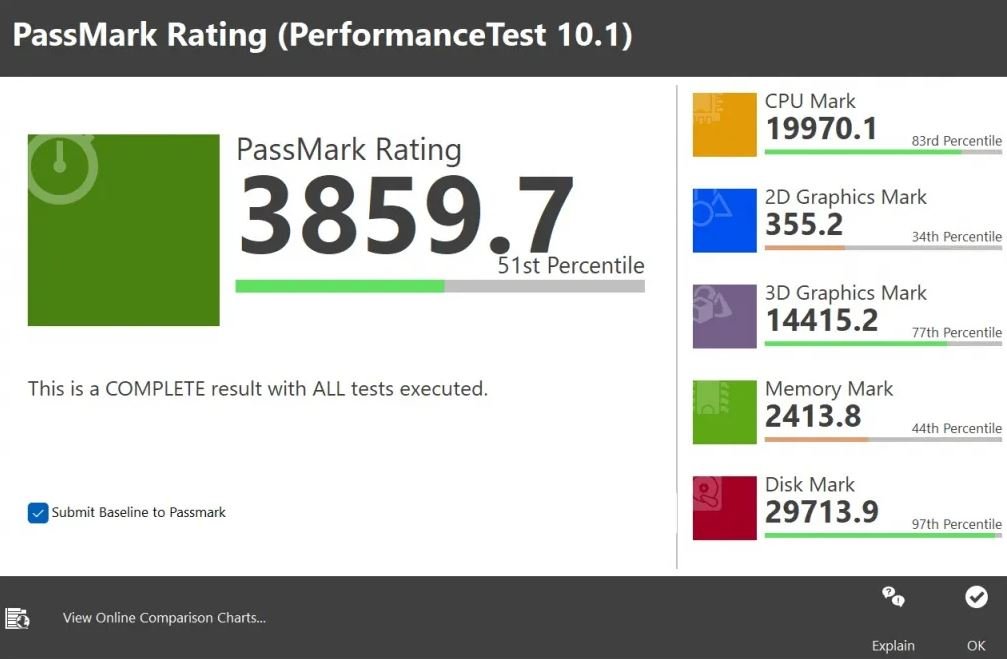 As for the GPU, we have an RTX 3060 Laptop with 6 GB of GDDR6, which in my opinion, is the main strength of this machine which will allow you heavier graphics tasks than on the 15-inch version, you can even play, even if this is not its primary goal, it is more aimed at professionals.

In addition, the fact that this processor is 8 cores and 16 threads will allow you to multitask without any problem, like launching virtual machines or, as in my case of compilation on Linux (LLVM or Clang, for example).

In addition, in a single skier, if it defends itself more than well with its 5 GHz in turbo, it allows to turn off desktop processors without any problem, as can show you the following screenshot, which shows you the single-core result of Cinebench R23. 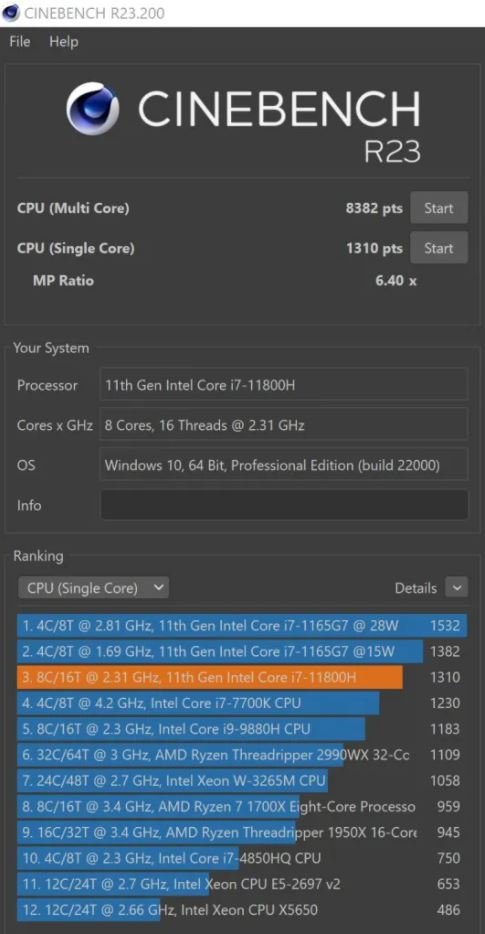 As for the RAM, the XPS has 16 GB of the base, which is supposed to be better in multitasking. It’s a little disappointed that the amount of RAM starts at 16 GB, not at 32. On the other hand, you will be able to upgrade up to 64 GB without too much trouble. 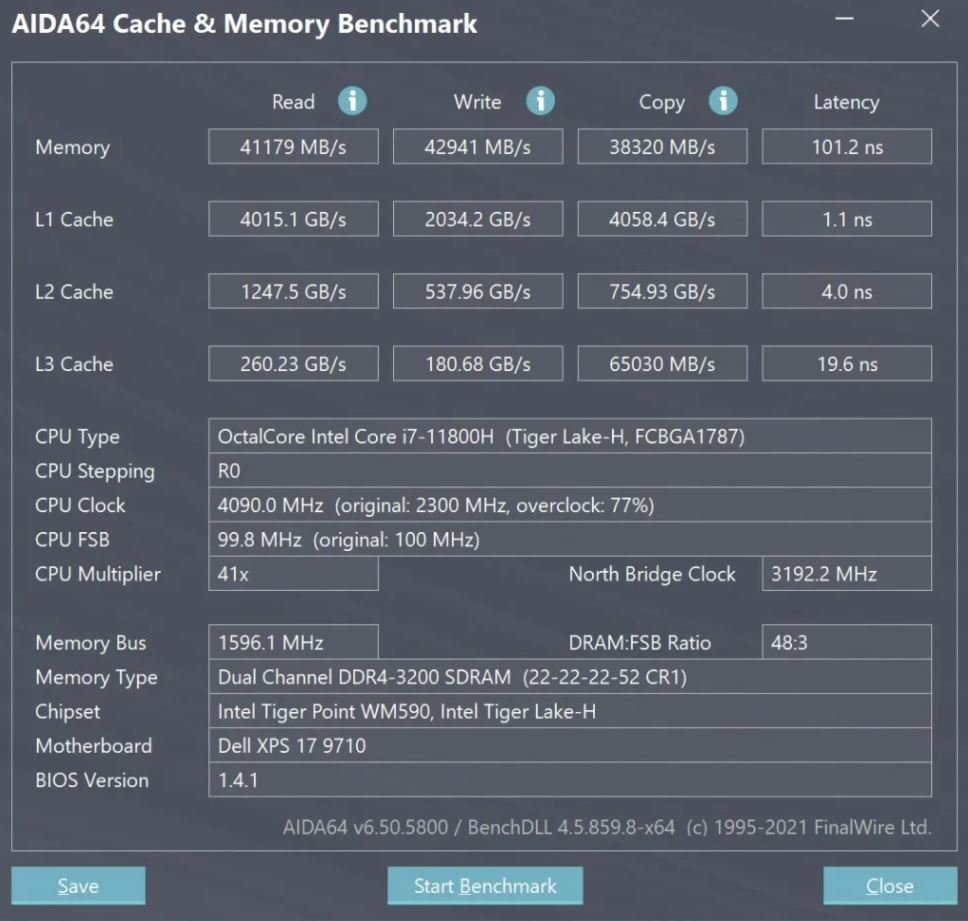 As you can see, the bitrates are pretty good, although the frequencies are pretty basic and the latencies relatively high. This is more than enough; you won’t notice the difference with more powerful RAM.

As for storage, it’s pretty good; we have a 1TB NVMe SSD that you can change quite quickly and even add a second if you wish. All you need to do is remove the underside of the PC. Here we have used CrystalDiskMark as usual.

The read and write speeds are pretty good for a primary SSD; the SSD still makes coffee. Knowing that, you can easily replace it with a more efficient one.

This XPS 17 9710 includes an RTX 3060 laptop with 6 GB of GDDR6, which still allows you to run many things without too many problems. So obviously, it’s not the top of the market, however for use as a videographer or using Adobe Premiere Pro, it’s more than enough if you don’t ask for too much. We, therefore, used 3D Mark to carry out the various benchmarks. 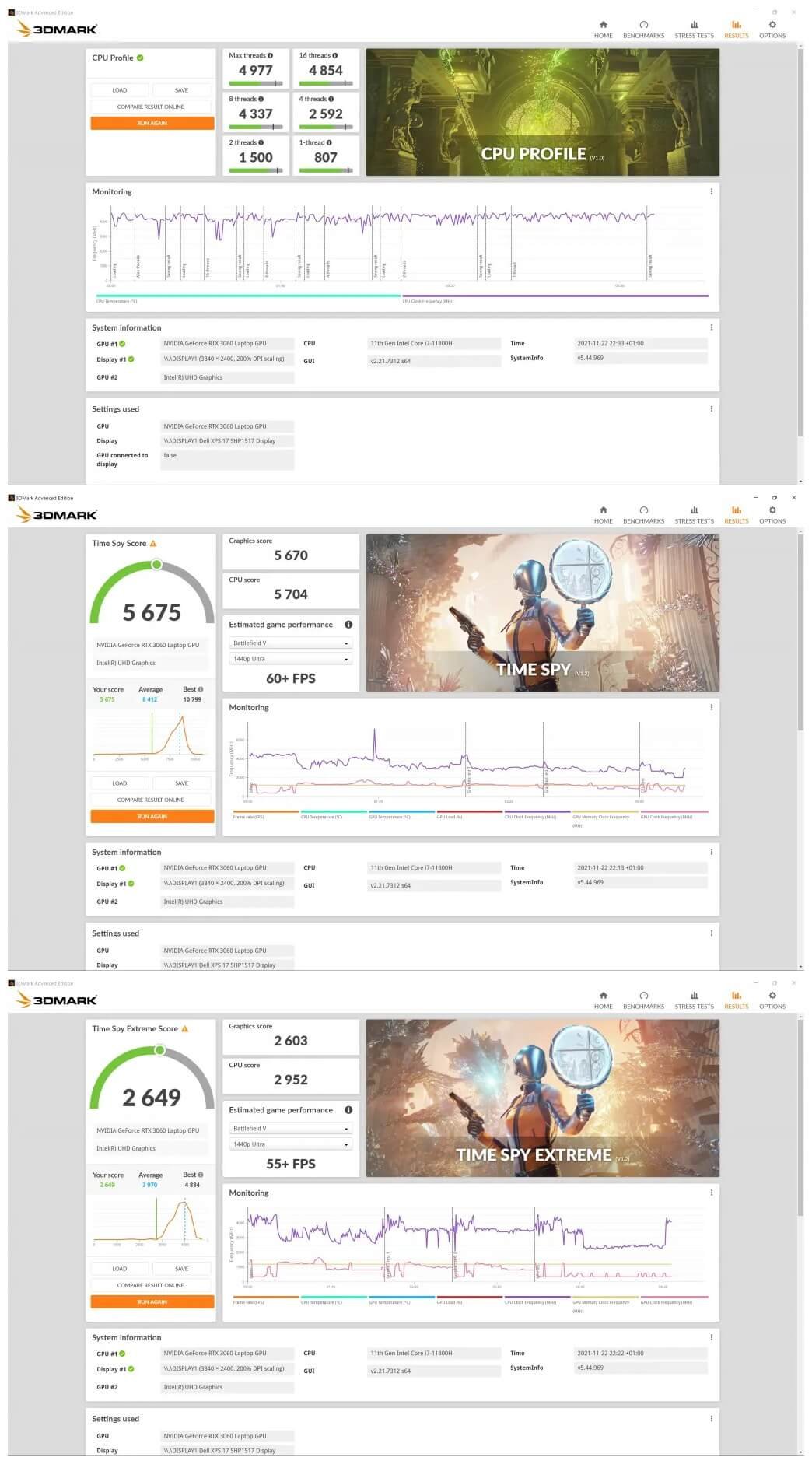 This Dell XPS 17 9710 is pretty good in terms of connectivity, although there aren’t many physical IOs. Indeed it is one of those PCs whose ports have been sacrificed for the benefit of sobriety. 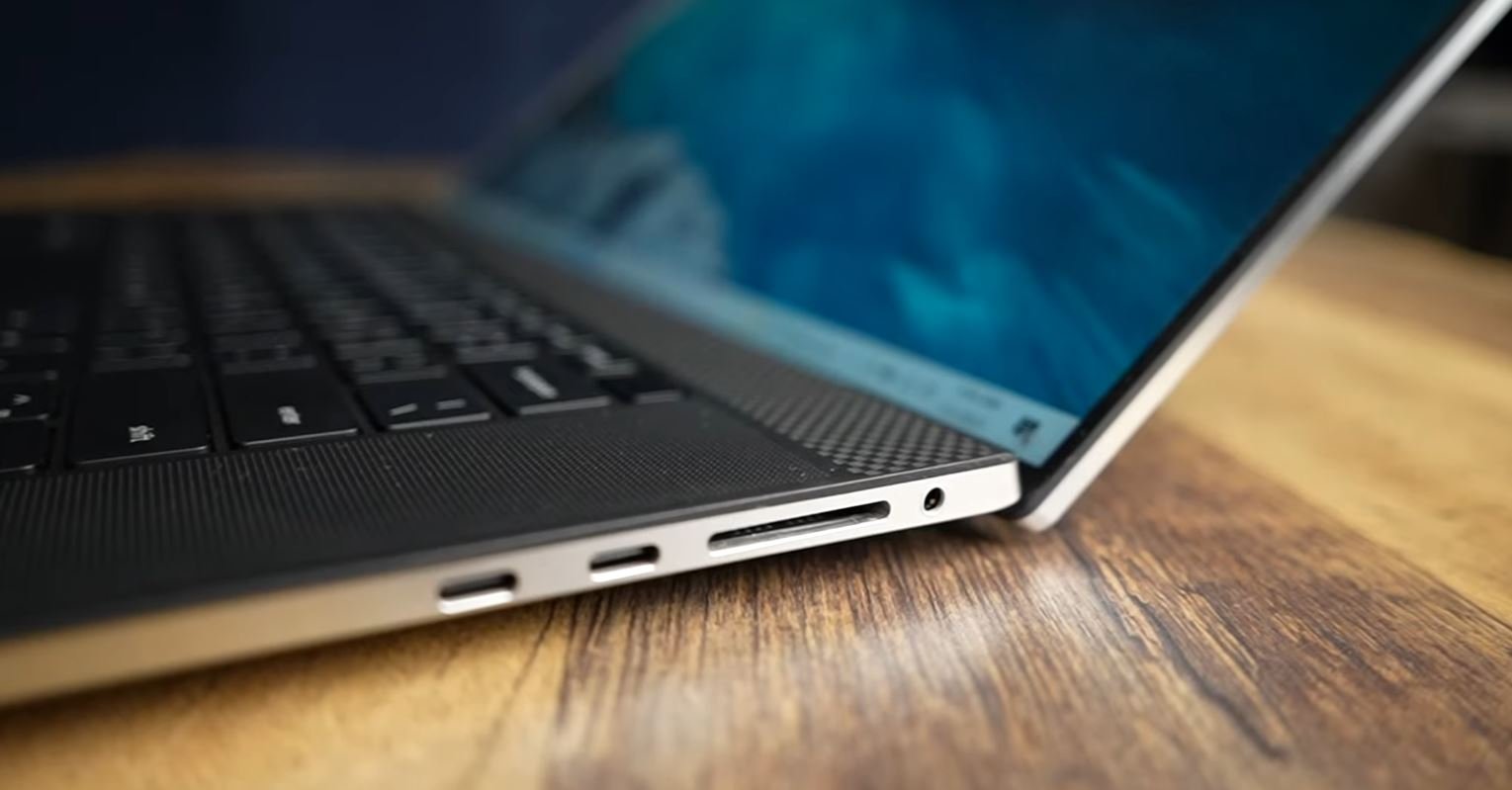 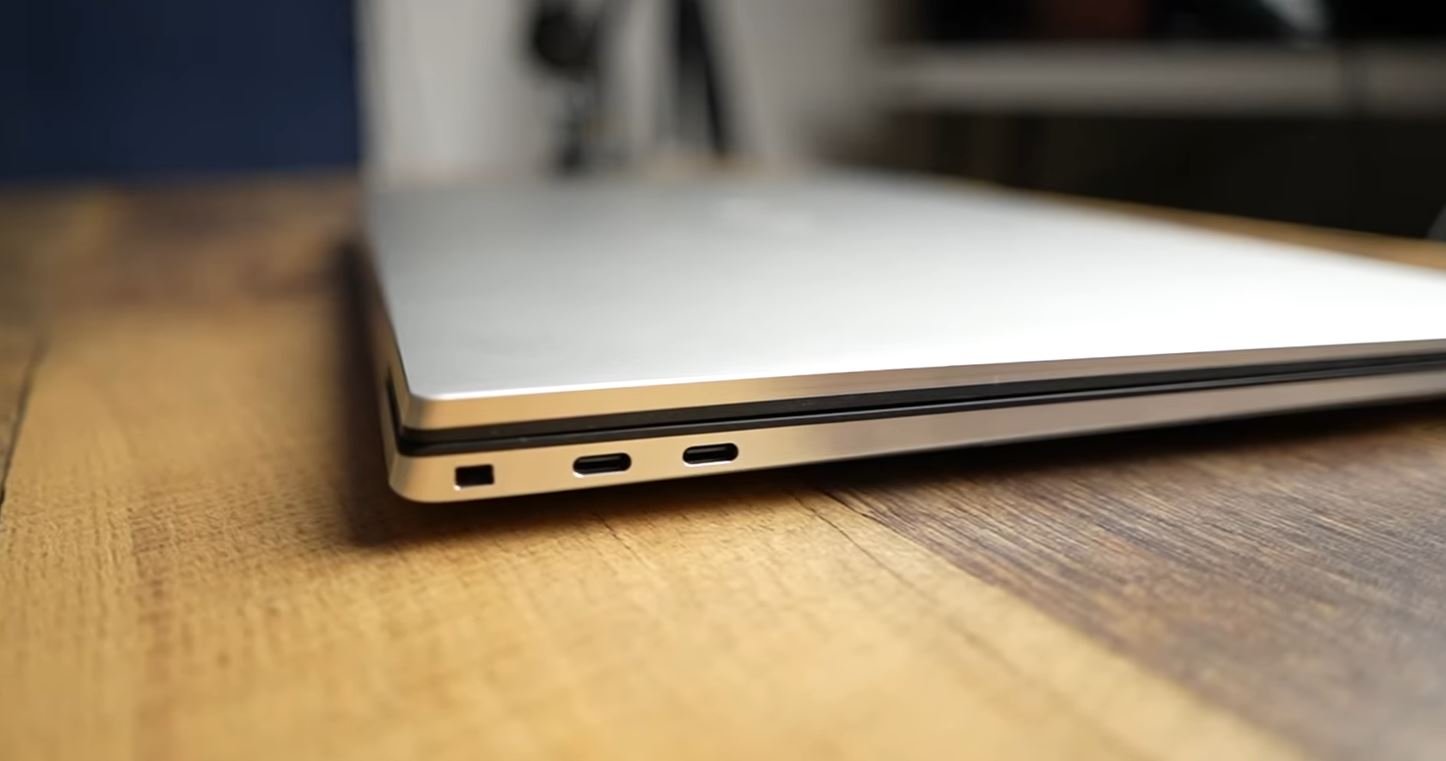 The presence of the jack port is a good thing if, like me, you don’t like Bluetooth headphones and speakers.

Laptop speaker sound quality is never exceptional, although a lot of manufacturers try to tell you. However, to watch videos or a film is more than enough; we do not expect monitoring speakers or Evo S speakers.

The audio quality of this Dell XPS 17 9710 is quite good; it is almost surprising. The speakers do not sizzle even at high volume. To watch videos or movies, it’s pretty good. The PC delivers powerful sound, and it is delightful. However, there are a few minor lacks in bass and a few pushes in the mids that we would like to avoid, but nothing disturbing; it’s still relatively good.

The keyboard of the XPS 17 9710 is, like its 15 and 13-inch matches, quite good. The keyboard remains excellent and very pleasant; it has all the possible and necessary options for using this PC. In addition, the keys are fragile, which makes them nice and quiet. Finally, the stroke of the keys is classic, around 1.5 mm, which changes from the old MacBook Pro (2016/2019) with their very reduced stroke as I have on my 15 inches 2018. 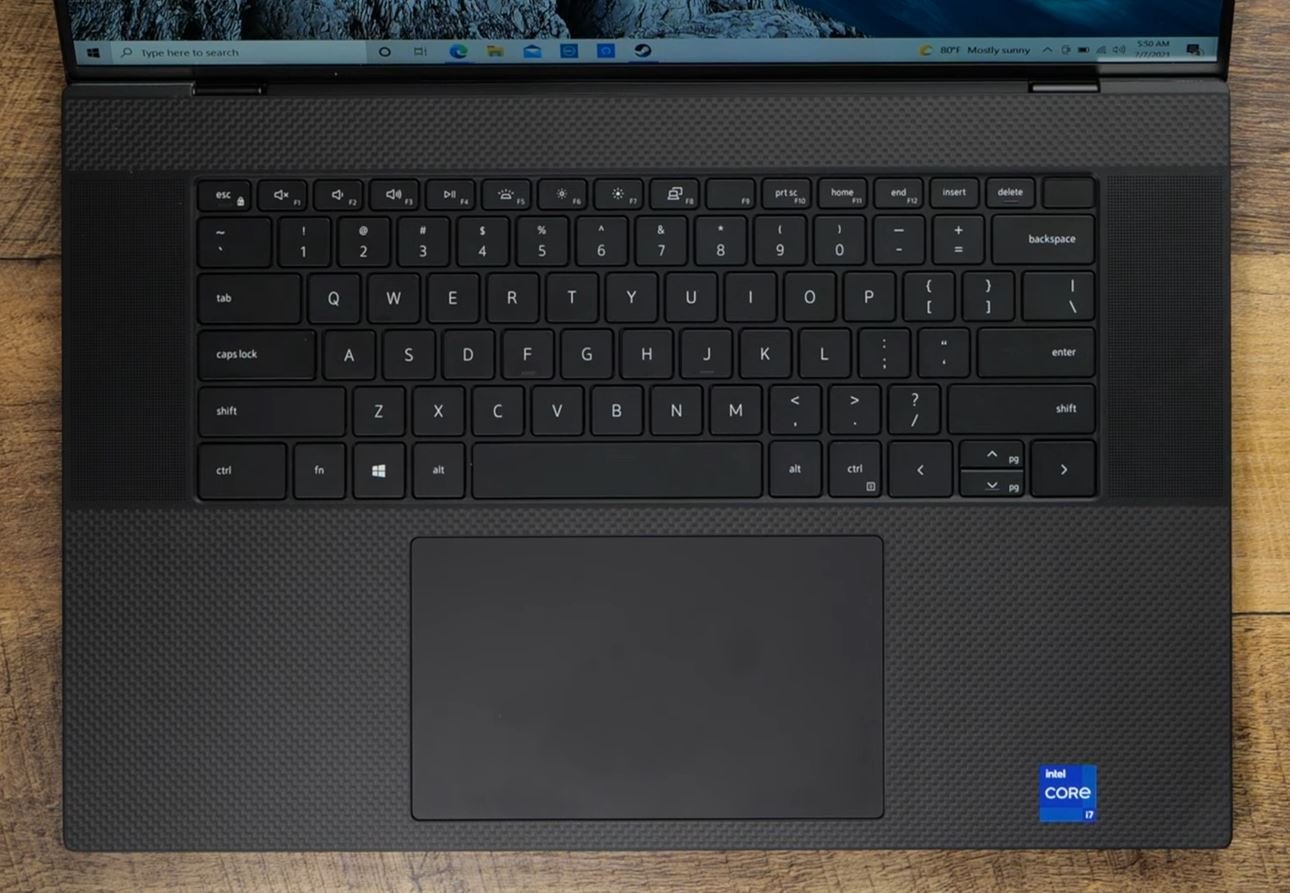 The keyboard integrates, at the top right, in the start button, its fingerprint sensor. Dell took inspiration from Apple, and it’s an excellent idea, much better than finding the fingerprint sensor in the trackpad, which is not very aesthetic or even practical. 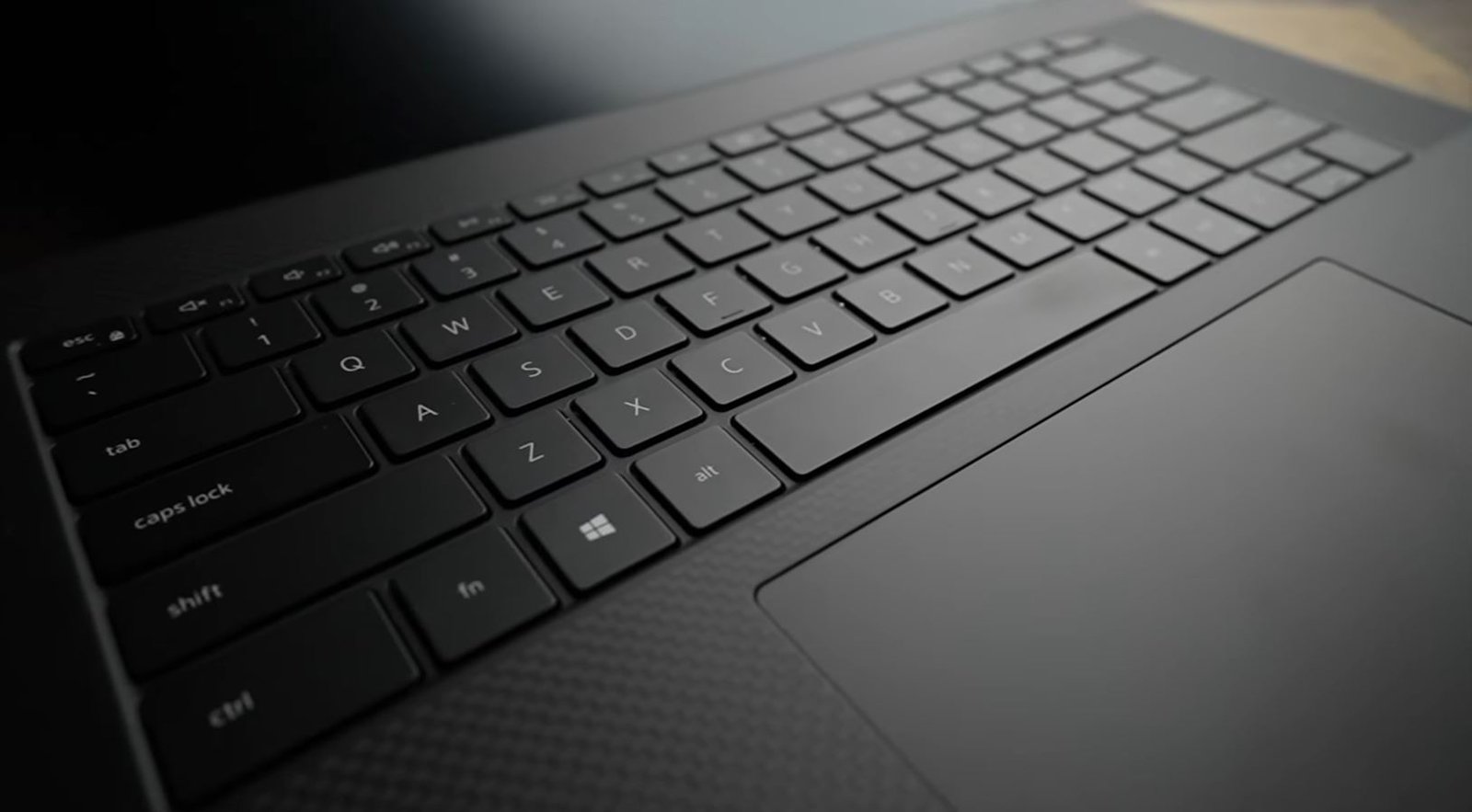 The trackpad is good, pleasant, and spacious; the problem remains with Windows; the problem was already present on Windows 10 and does not seem to be resolved on Windows 11, which has yet integrated the tablet mode more ergonomically. However, this is not the case with the trackpad, which works wonderfully on Linux (Gnome desktop environment); everything responds perfectly, it is very reminiscent of the MacBook Pro.

Regarding the battery, it is composed of 6 cells which offer 97 Wh, which is quite good, however with such a configuration and a screen with UHD resolution, you can imagine that it consumes a lot of energy.

However, the duration of a full charge is quite good, around 9 hours in regular use. On the other hand, in heavy use, the battery plummets quite quickly if you launch a RedRaw 5: 1 in 8K export of 600 GB plug it in if you do not want the export to cut at 1% progress.

Otherwise speaking globally, the autonomy is quite good, especially for the 17 inches with such a configuration.

The design is sleek, and the performance is more than good all on its large 17-inch UHD panel that will allow the most creative of you to work in the best possible conditions.