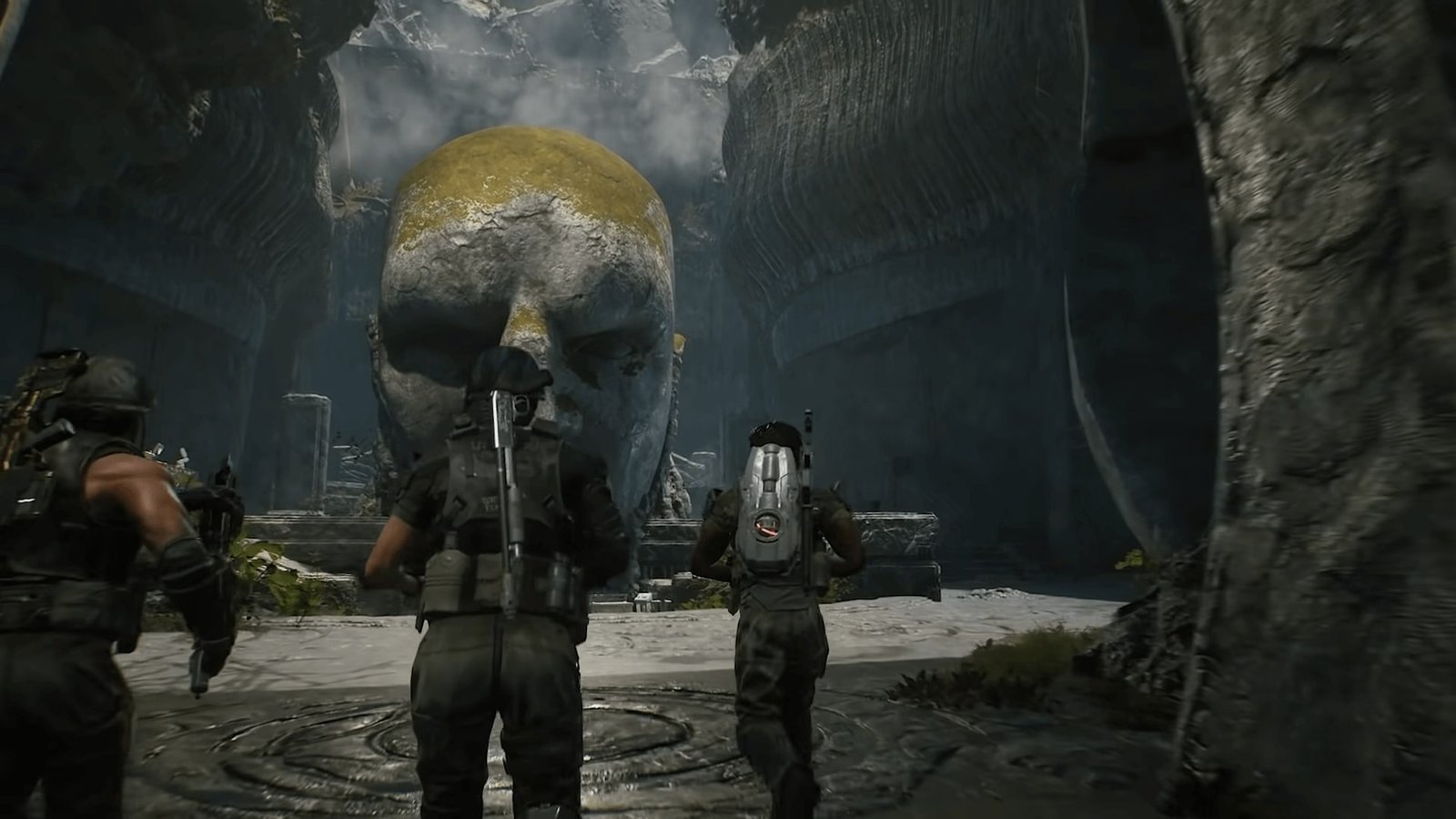 The brand of Aliens has enjoyed fortunes, and misfortunes suffered in the video game world. The latest addition, namely Aliens: Fireteam Elite, can be placed in the first category, but not without some reservations. Let’s see why in our review!

Aliens: Fireteam Elite is a 3 player cooperative shooter dedicated to the famous universe born from Ridley Scott’s film. You can play it without even touching the original work because the story is just a pretext to immerse yourself in the context. In the shoes of a specialized team, you will have to investigate the request for help from a person hunted by xenomorphs. This event will set off a sequence of unpleasant events, which will bring you ever closer to the origin of the threat. The story is not essential or intrusive; it is consumed in very few dialogues and is suitable, given the game’s online nature. Of course, it is also possible to tackle it solo, but we will explain shortly why you shouldn’t do it. 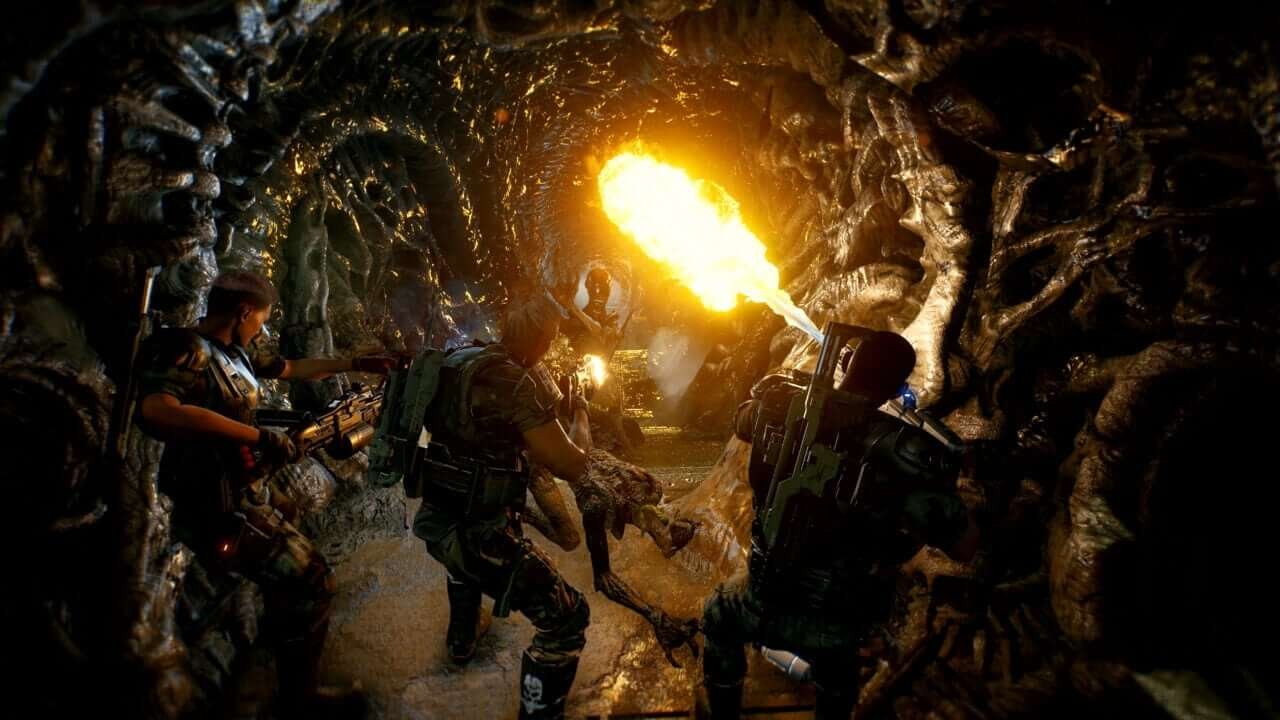 The gameplay of Aliens: Fireteam Elite harks back to the stylistic features of cover-based shooters. Everything is a little reminiscent of Gear of War, especially in the movements and ballistics, which deprives itself of the active recharge in favor of a more classic one with the button pressed. The dodge is also very useful if done with the right timing but can only be done a few times, after which the stamina bar will have to recharge.

Also interesting is the use of medkits (you can carry a maximum of one at a time, and you can also use it on your companions), ammunition (they are not abundant and must be supplied at the control points), and consumables. The latter can be purchased from the shop or found in the crates on a mission: explosive mines, defensive turrets, and elemental bullets help thin out the horde, especially when it is necessary to defend a point from the wave. 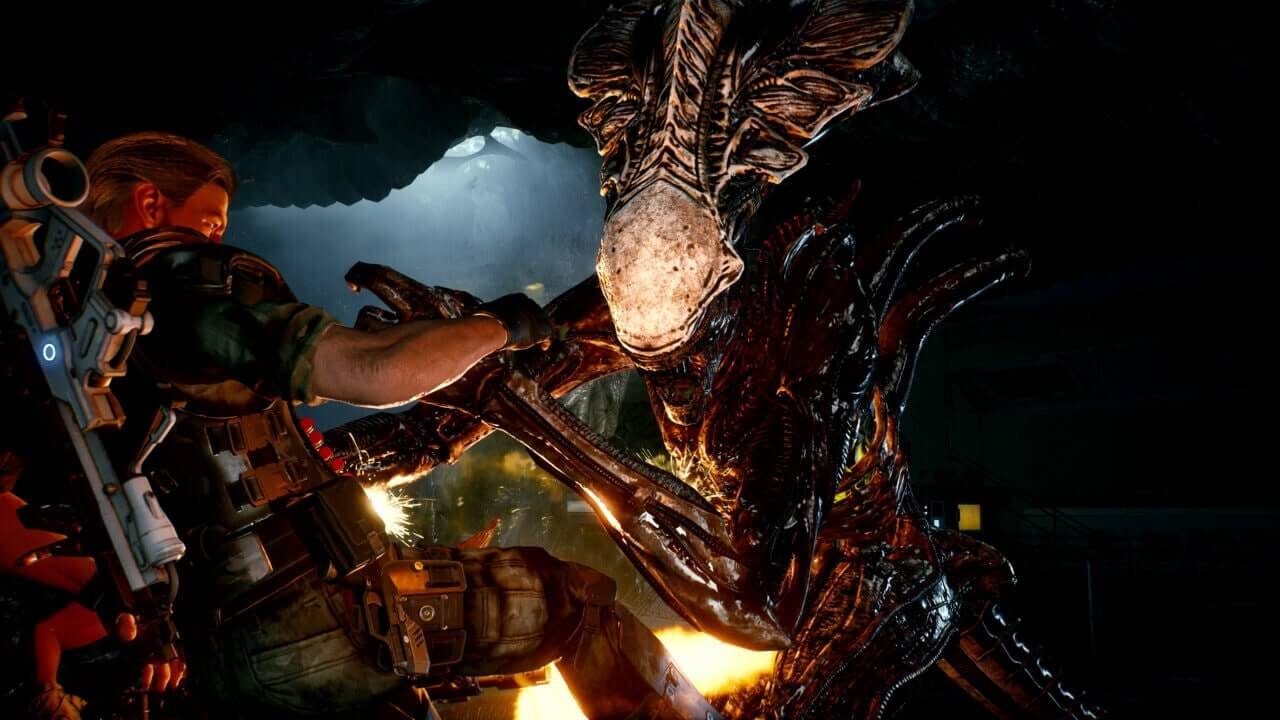 Despite the apparent derivation, the game has its own identity. It works very well, with well-diversified weapons, well-designed classes, and a good set of skills for each: Machine gunner, Demoman, Medic, and Technician do not differ too much in the armamentarium, but in the endowment of active skills certainly yes. The pace never drops, and the enemies know how to put you in the corner, especially the xenomorphs, as they emerge from the walls, emerge from the ceilings and leap to overcome immense obstacles.

To diversify the action, we think of a variety of enemies. If the xenomorphs provide a frenetic and spontaneous approach, the synthetics lead to more excellent static, as they are humanoids able to hide behind the covers. The alternation creates a beautiful amalgam, which breathes gameplay that otherwise would have already been seen. The rankings at the end of the game are also very welcome, which show exciting values ​​such as the damage inflicted or suffered by each group member. 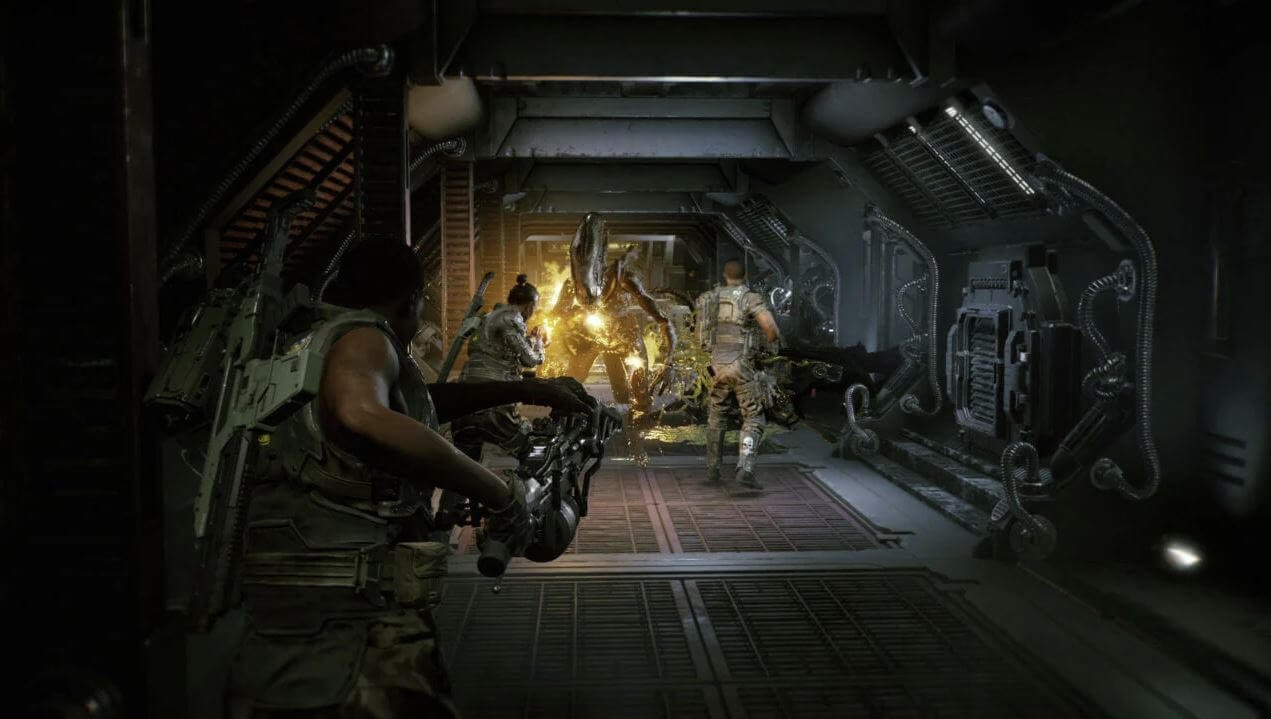 The design of the levels adopts the corridor approach and is very static: it leaves very little room for exploration, yet it makes a good war theater, especially for xenomorphs, when they move in packs and come out of nowhere. Too bad it does not reserve any technical surprises, not even in the number of enemies, which is good but not surprising and is limited to providing arenas and moments in which it is mandatory to defend points. The lack of support for the DualSense features also leaves something to be desired: a wasted opportunity, considering the valid construction of the weapons.

On the other hand, matchmaking does its job, but we did not like the presence of a 60-second timer in the pre-game, which, once expired, pairs you with two synthetics animated by artificial intelligence, which prove to be unreliable to starting from the fifth mission onwards: playing solo means having to face everything at an easy challenge level. Otherwise it will be challenging to survive. 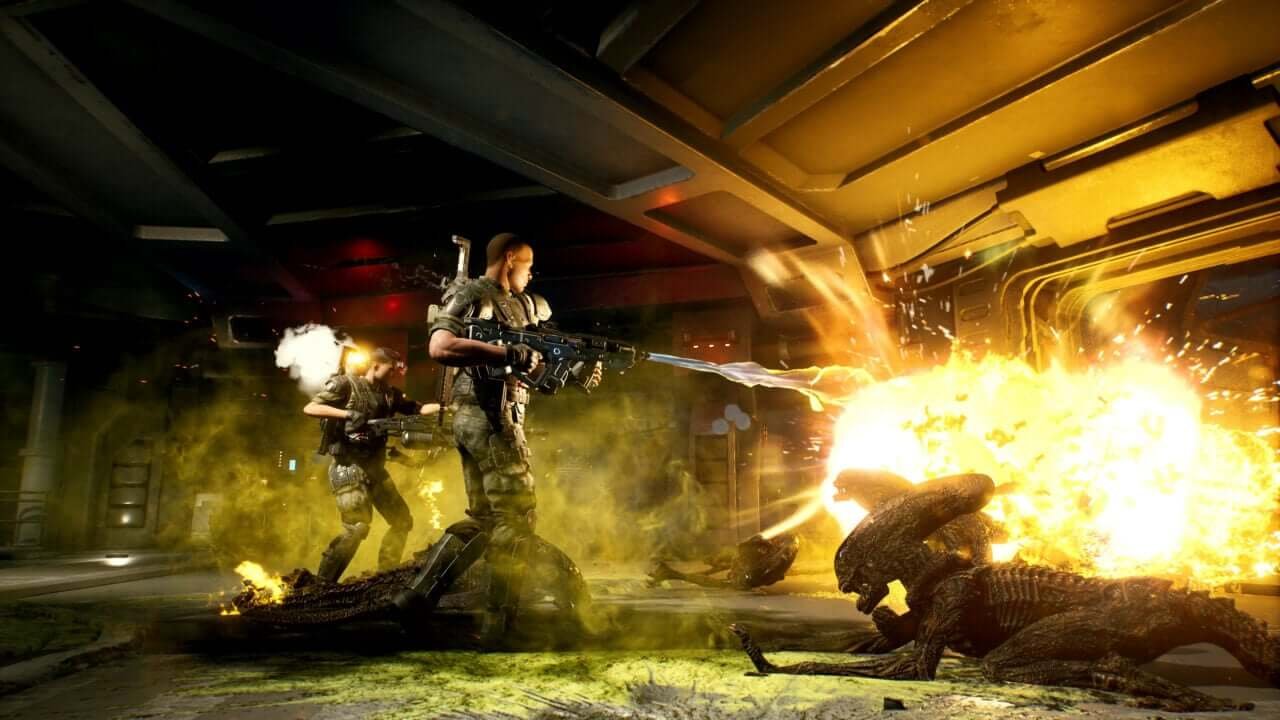 The content offer consists of 4 campaigns, characterized by 3 missions each, for a total of 12 levels lasting about 25/30 minutes for each. It took about 8 hours to complete it, and to get us the right equipment, so much so that each scheme is replayable under different difficulty levels, which, however, require to be unlocked by ending the adventure. This operation allows you also to access a horde mode.

The presence of challenge cards further fuels replayability: obtained in various ways, by completing daily / weekly missions or by purchasing them from the shop, they apply modifiers to the current game, to add malus or bonuses, and to increase the greediness of the rewards. They range from the slower reloading to the modification of the interface to then move on to the impossibility of using certain weapons. 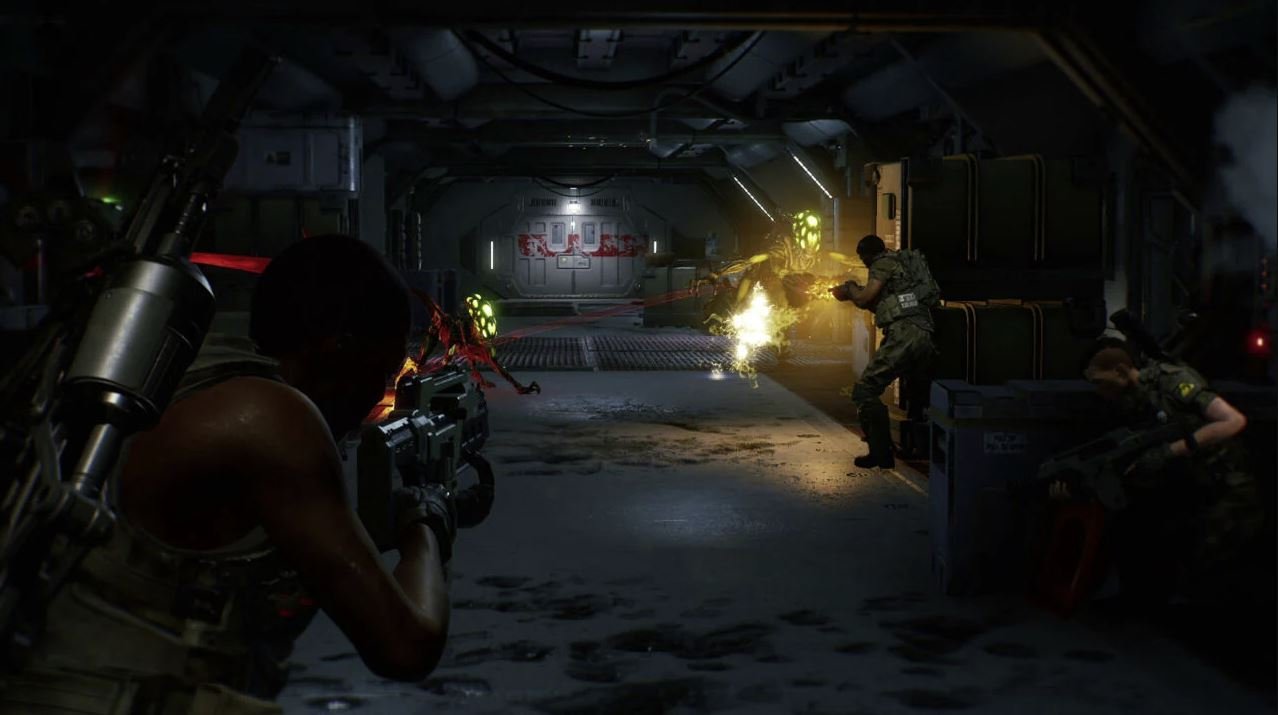 The hero’s growth, whose appearance is fully customizable whenever desired, is a rather neat element. As anticipated, there are four classes at the start, and each can be customized in weapons, active and passive skills, consumables, and even costumes. The customization of the guns is also good, with optics, chargers, adhesives, and paints to collect and apply.

The Demoman is the only one who can wield heavy weapons, such as the submachine gun or the powerful flamethrower. At the same time, the Machine Gunner can increase the rate of fire of his companions drastically. On the other hand, the Technician always has a turret at his side, as does the Doctor, who can put a healing station on the field. The game stimulates the use of all classes because the passive skills unlocked with one can be embedded in another.

The combat score briefly sums up your character’s power and is influenced by the hero’s experience level, class, and even weapons. 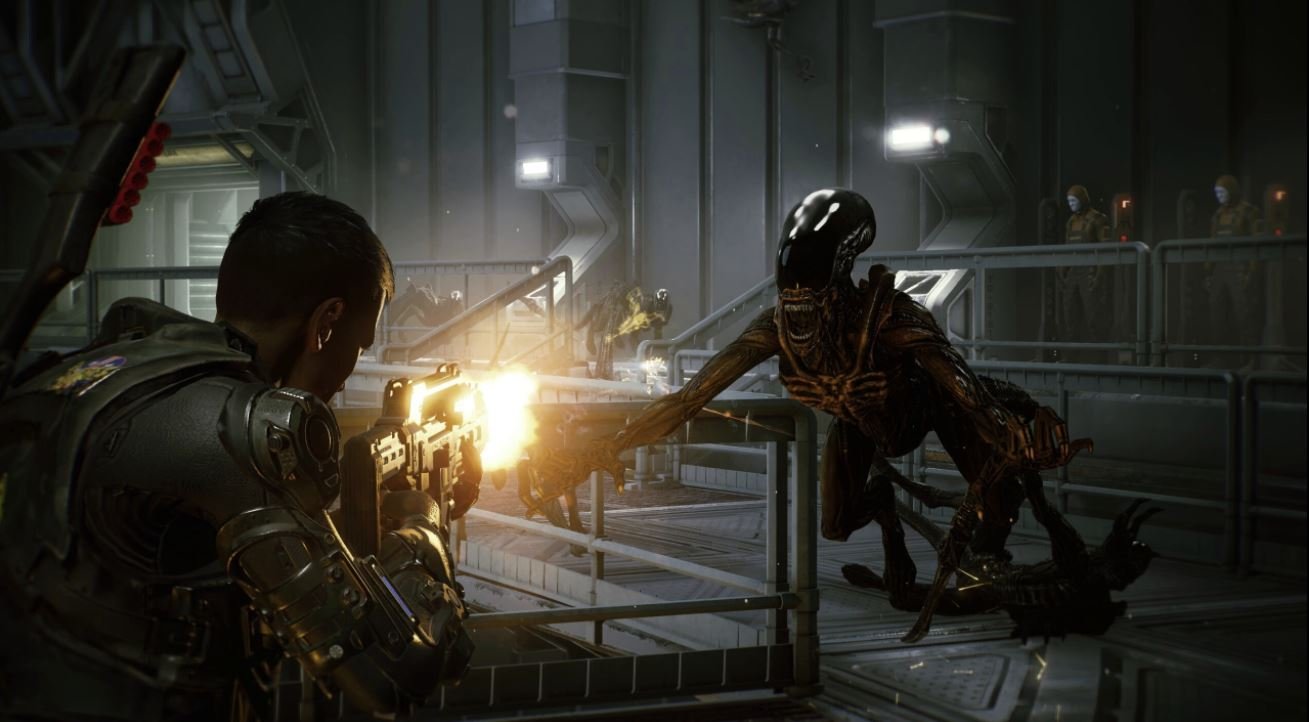 Our tests were carried out on PS5, where Aliens: Fireteam Elite runs at 60 fps and a resolution to 4K. The image is spotless, the materials and the fluidity never miss a beat, but we are faced with a polygonal mass at the most discreet. It’s not so much the treddì modeling that disappoints, but the animations, many of which are crude and basic. There are some well-painted glimpses, especially in the second campaign.

The sound effects do their job of recreating the film’s atmosphere, including the iconic pulse rifle sound and the clear lines of xenomorphs, while the music goes a little beyond accompaniment.

The dubbing in English is disappointing: English-speaking language to notice some obvious intonation errors, which, however, do not affect the overall sound evaluation too much, given that the dialogues are often outclassed by the action (and by the voices of your friends).

Aliens: Fireteam Elite arrives in digital and physical stores for $34. The PS4 / Xbox One version also includes the PS5 / Xbox Series X version at no additional cost. A Pass gives access to new aesthetic content, while a new class, weapons, and cosmetics will arrive for free starting from 8 September 2021.

Aliens: Fireteam Elite is an excellent cooperative shooter but the son of a derivative and repetitive structure, especially in diversifying missions. However, the effective weapons, the perfect class system, and his wanting to be straight to the point contribute to making this experience truly enjoyable, not only in the eyes of the fans of the work it inspires. Play it with friends or mates in matchmaking because artificial intelligence can unfortunately not support you as it should.