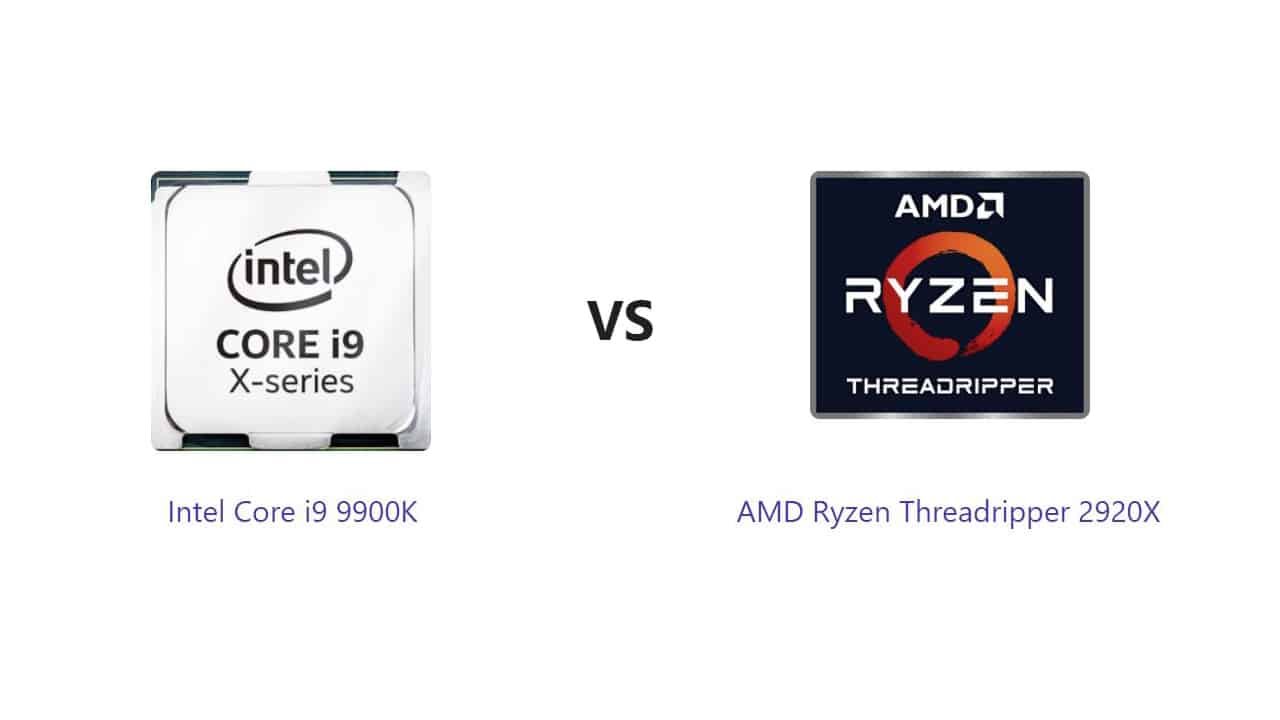 The Ryzen Threadripper 2920X model has 12 cores and has SMT, therefore, allowing 24 threads to be displayed on its counter. The SMT is a system similar to Intel’s HT (Hyper-threading) and makes it possible to optimize performance in certain types of applications (audio/video/rendering in particular). The base frequency is 3.5 GHz and it is possible to reach 4.3 GHz via the Boost mode. Its thermal envelope is 180 watts.

The Core i9-9900K model has 8 cores and has Hyper-threading; it, therefore, displays 16 threads on its counter. The base frequency is 3.6 GHz and it is possible to reach 5 GHz on 2 cores in some cases.

The manufacturer does without a new socket, which in turn means that all X399 boards also support the 2nd generation of the Threadripper models after a BIOS update.

The Intel Core i9-9900K is a high-end CPU with eight cores based on the Coffee Lake architecture, which was presented in October 2018. The processor clocks at 3.6-5.0 GHz and can process up to 16 threads simultaneously thanks to hyperthreading. The Inter Core i9-9900K is manufactured in the improved 14 nm process (14nm ++). Thanks to the free multiplier, the processor can be overclocked relatively easily. A prerequisite for this, however, is a mainboard with a Z390 chipset.

The performance of the 12-core processor is very high in multi-thread applications, even if the single-core performance is a bit behind. Compared to the Threadripper 1920X, however, this could be improved a bit. This means that the second generation of the Threadripper series offers better performance than before, especially in games.

The two additional cores increase the performance when all cores are used compared to the Core i7-8700K by approx. 25 per cent. The single-core performance could be increased slightly due to the increased turbo clock rates. As a high-end model, i9-9900K is also suitable for the most demanding applications and video games.

The iGPU now referred to as Intel UHD Graphics 630, clocks just as fast as before with 1200 MHz. therefore no significant performance advantage is to be expected. As a low-end solution, current video games can only be played smoothly in reduced detail, if at all.

Intel puts the thermal design power at 95 watts. Correspondingly dimensioned cooling systems should be able to dissipate the waste heat generated during normal operation without any problems. The CPU quickly indulges in 200 watts and more when overclocking. A significantly more powerful cooling system should be used here. 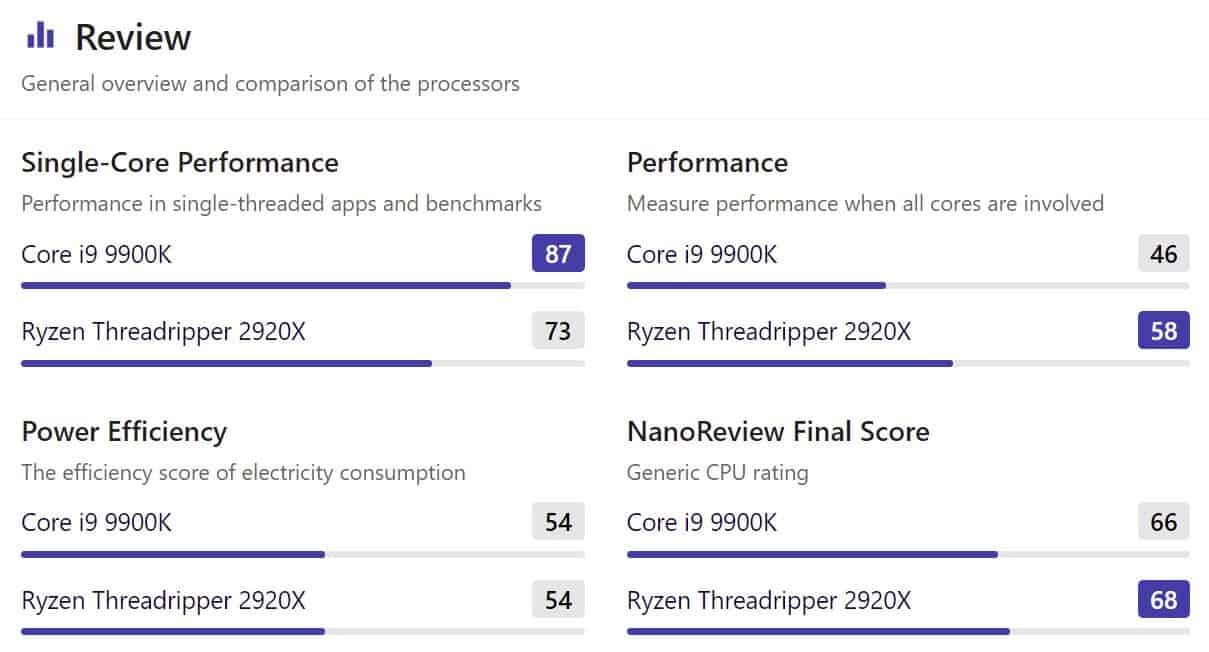 This second-generation Ryzen Threadripper takes the best of the first iteration and fixes its slight flaws. The result is a chip with, particularly interesting application performance. And while it doesn’t match Intel’s best chips in gaming, it gets close enough to it that we don’t really care. However, the practical difference between this Threadripper 2920X and its predecessor, the Threadripper 1920X, is not huge (8% on average). To choose between the two, you might as well take the cheaper one.

Intel offers here a processor whose performance could not be more solid. The Core i9-9900K excels in the application field and is formidable in games; where the second generation Ryzen are ahead. In absolute terms, it is therefore an excellent processor, and this, even if Intel has not offered anything new from an architectural point of view, since 2015. However, check the pricing position at the time of release. ‘purchase. The price/quality ratio was therefore totally unreasonable at the time of our test.