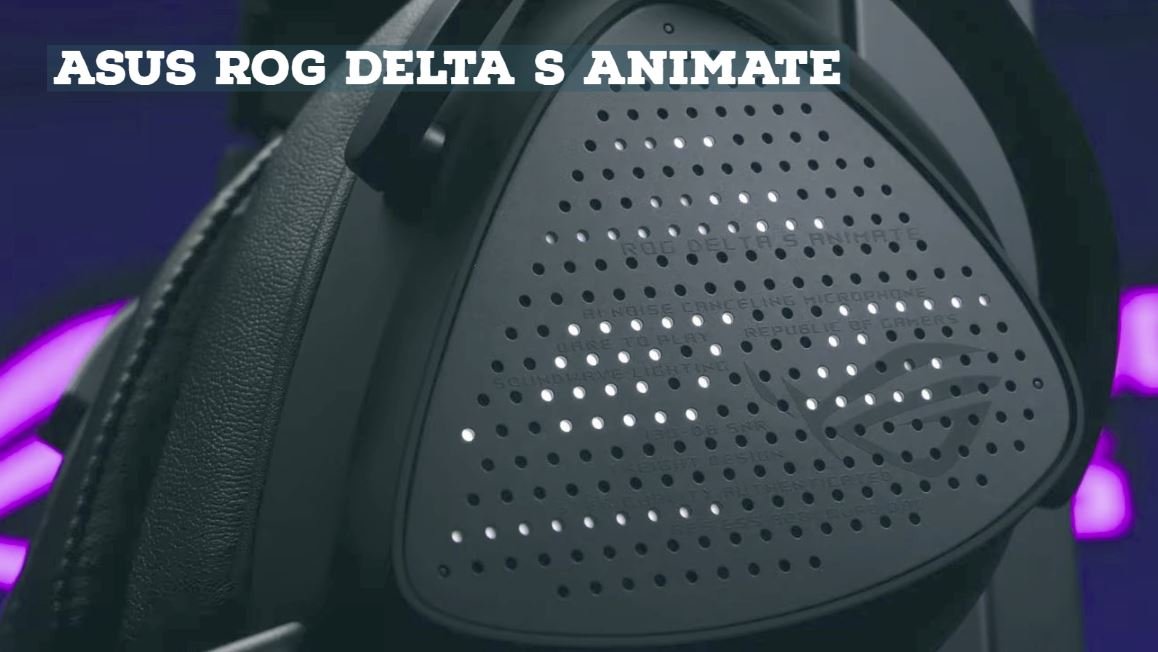 The headset is equipped with miniature LEDs on each side, play an animation, or react to sound. The gaming headset is part of the ROG Delta series already on the market.

ROG Delta S Animate is equipped with an ESS 9281 DAC and supports MQA audio format. The declared frequency range is from 20 Hz to 40 kHz. The headset has a high S / N ratio, critical for fast-paced games. The novelty allows you to determine the location of explosions and enemy footsteps more accurately. The unidirectional, built-in noise-canceling microphone ensures clear voice communication in games. The controls on the body allow you to change the volume level, mute the microphone and adjust the backlight intensity. The set includes two ear cushions options- leather and a fabric mesh.

The headset can be connected to a PC, Mac, Playstation 5, and Nintendo Switch via USB-C or USB-A connectors.

Inside the package, you will find the headset itself, spare ear pads, two cables including a USB-C <-> USB-A adapter, and documentation. The USB-C cable is braided and very flexible, measuring 1.5 meters long; the USB-A cable is 1 meter long. The USB-C connector gives wide compatibility with PCs and Macs and PlayStation, Nintendo Switch, and mobile devices.

ROG Delta S Animate is an advanced version of ROG Delta S. And it is not surprising that these headsets are very similar to each other. The manufacturer used the same design for the headband, ear cups and ear cushions. 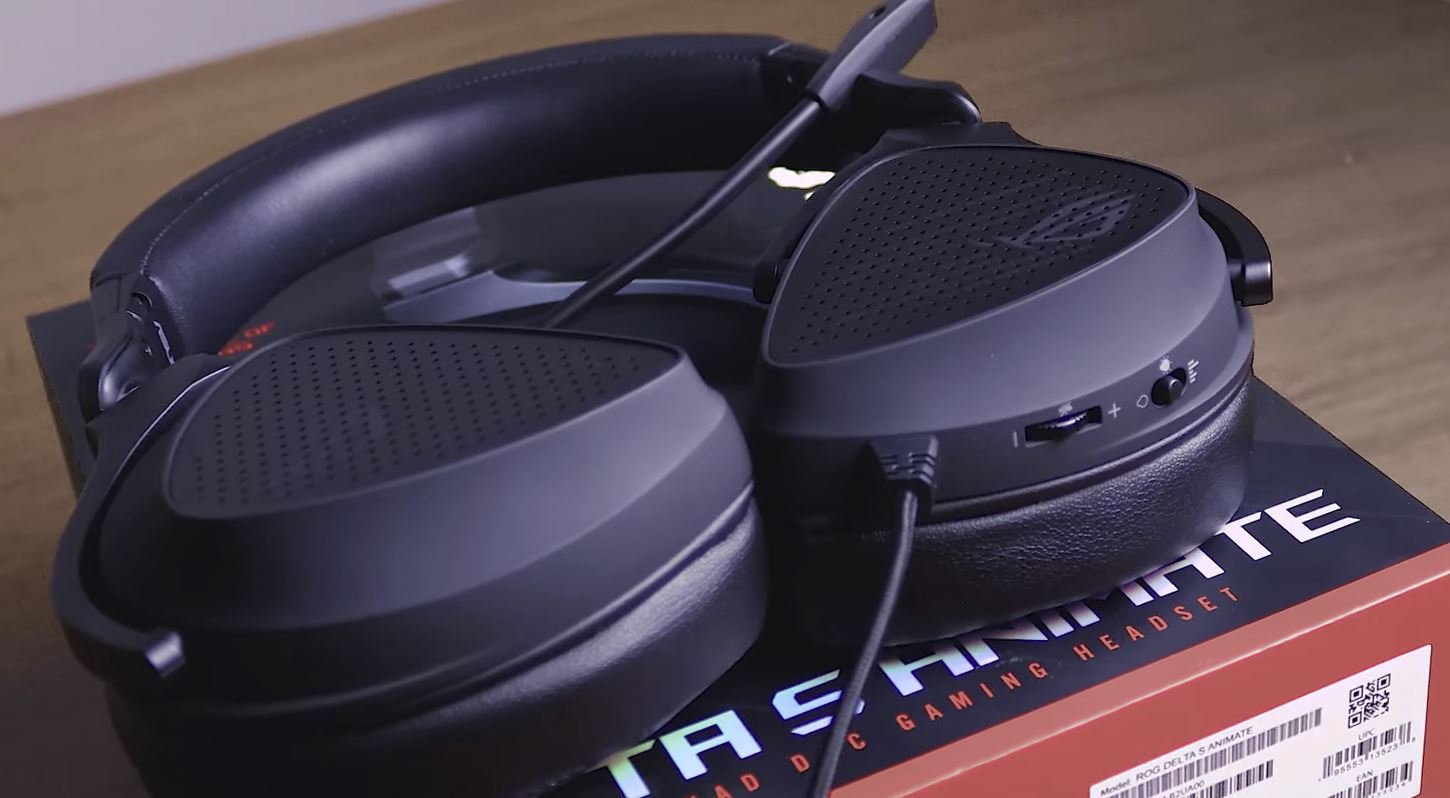 ROG Delta S Animate is cool in terms of design. It is based on a metal headband plate that gives it strength. Metal is also used in the headphone mount. And on the outside, all this is hidden by a pleasant-to-touch plastic in the area of ​​attaching the cups and soft artificial leather on the headband.

The triangular design is recognizable as the ASUS Delta series because it is a reminder of the fourth letter of the Greek alphabet. The Delta line already had the ASUS ROG Delta S model, and now its “sister” with the Animate prefix has appeared. The name has no secret – the headset has a customizable AniMe Matrix display.

For greater softness of the headband, a soft seal is launched along with the outer radius and memory foam along the inner radius. The touch of ROG Delta S Animate is soft, and in the end, it seems almost weightless and does not create any discomfort or pressure on the head. And this is even though its actual weight is 310 grams (not so little by the standards of gaming headsets).

The design of the cups also contributes to a comfortable fit. And the point is not only in the triangular delta-like shape, the signature feature of the series. The point is that the ROG Delta S Animate has made the headphone mount movable – with automatic adjustment of the vertical position. Moreover, they move as smoothly and naturally as possible and change position by your movements. As a result, ROG Delta S Animate sits on your head like a glove, even if you tend to play aggressively and move aggressively as well.

Another plus that we wrote about in the ROG Delta S review and recall here is the high foam cushions of the ear cushions. The ears do not touch the speakers; therefore – maximum comfort is created for you, and the sound spreads naturally and softly. The way it should be. And this applies to both fabric and leather ear pads.

The AniMe above Matrix display is found on each cup and features 247 mini LEDs that can be programmed to showcase the wearer’s style with custom lighting designs, unique animations and real-time audio visualizations. Curiously, the display can even show a scrollable piece of text. The LED display is controlled by Armory Crate software. 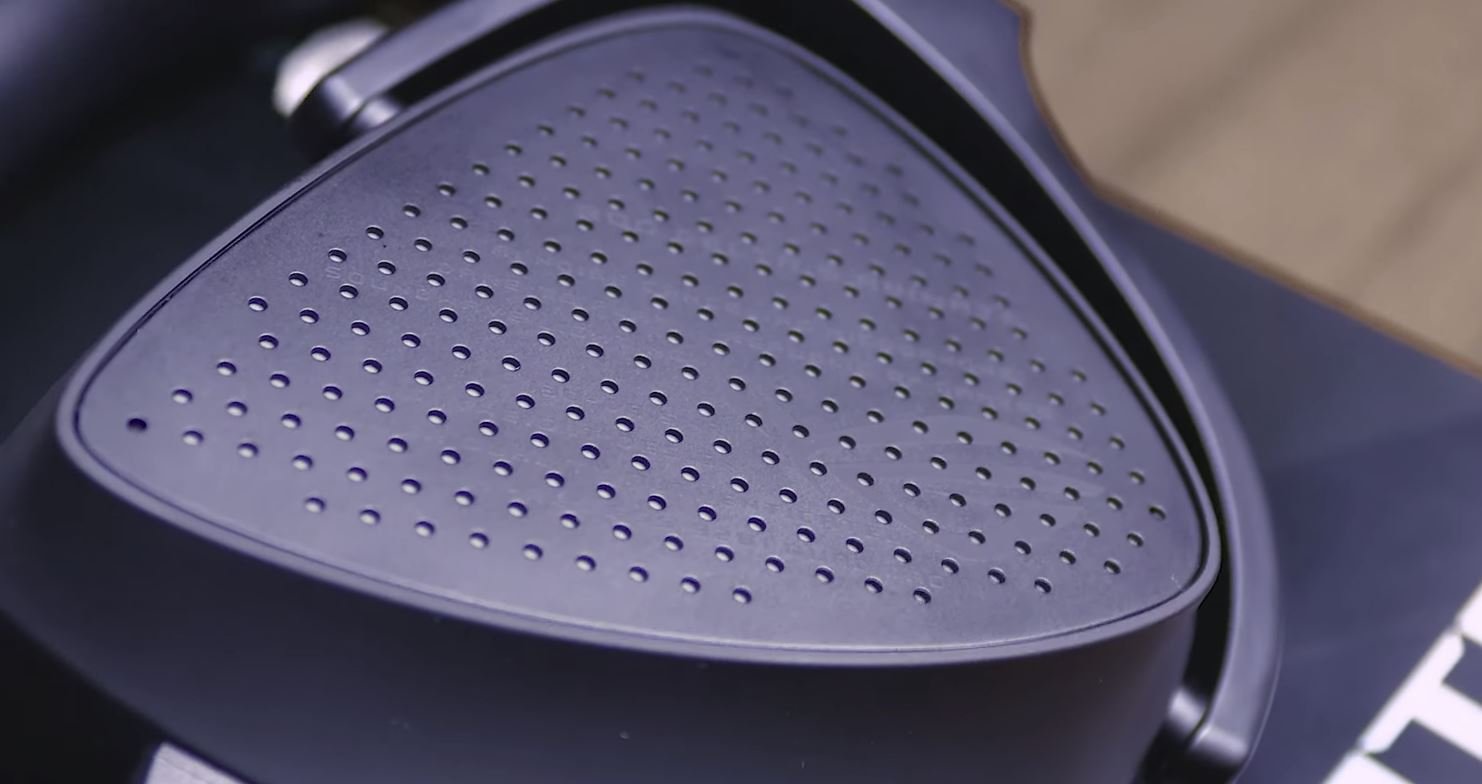 The fact is that pictures for AniMe Matrix can be selected from their basic options and created independently. You can draw images yourself, create entire animated videos or scroll through snippets of text – it’s up to you. In this case, you can even use ready-made pictures from the network. True, AniMe Matrix does not work equally well with all images, so the effect of using them varies from “what the hell” to a real wow effect. It all depends on your patience, skills and talents. On our behalf, let’s say that the image should be as contrasting as possible for better readability, and besides, pictures with transparency are well suited. But taking a white snowflake is still not worth it; it is better to redraw it with black. 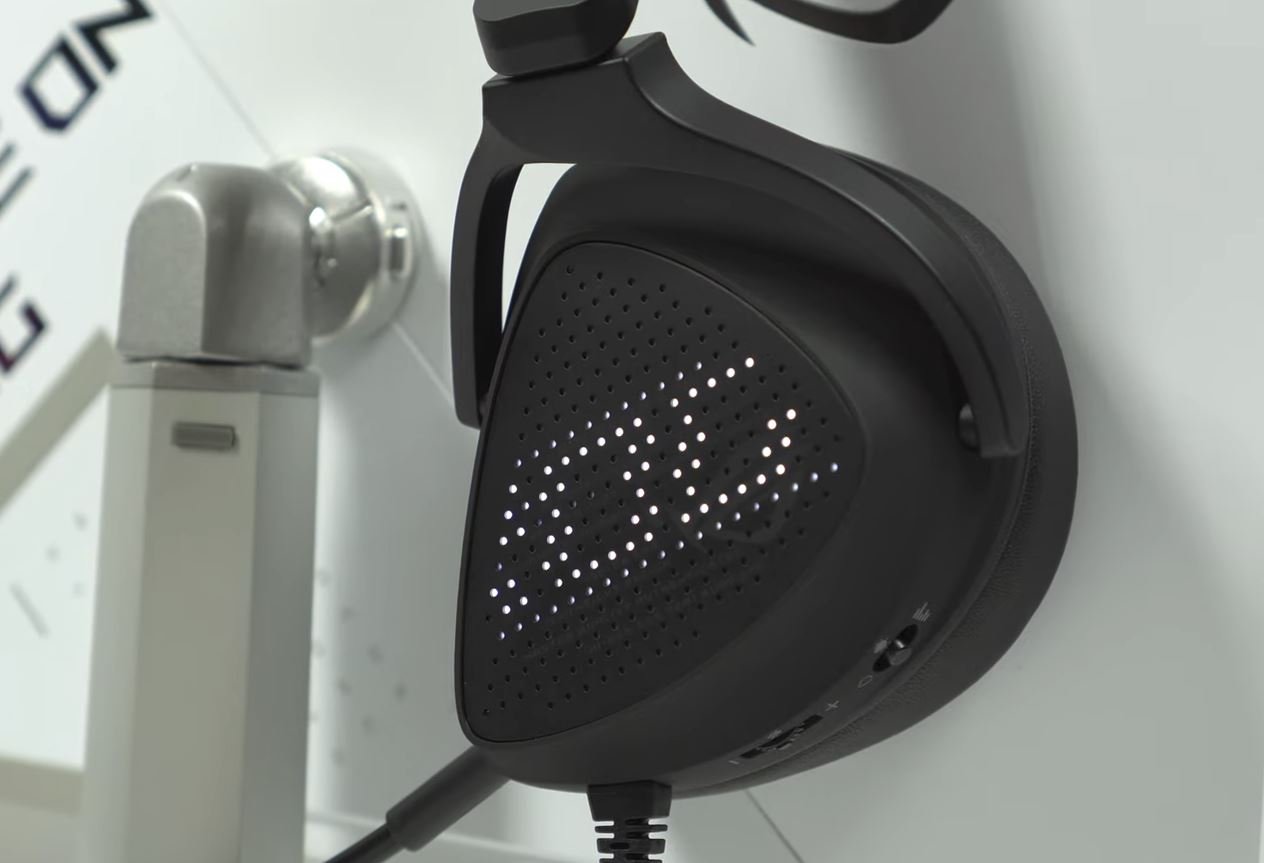 ROG Delta S Animate is the same as the previous model in the series. In a soft fabric shell, it is long, with a USB-C connector that allows you to connect the headset to mobile devices, modern computers, and laptops. For all other cases, Delta S Animate has an adapter to a standard USB.

But the backlight itself is very different here. This is the very original feature of ROG Delta S Animate, for which it is worth taking.

Plugging in your headset automatically starts downloading the ASUS Armory Crate software. All controls are located on the left ear cup for ease of use, feel good and tactile. Of particular note is the volume wheel, as it does not function as a regular wheel. We can describe it as a wheel-shaped, spring-loaded volume rocker. Additional pressing on it turns on / off the microphone. 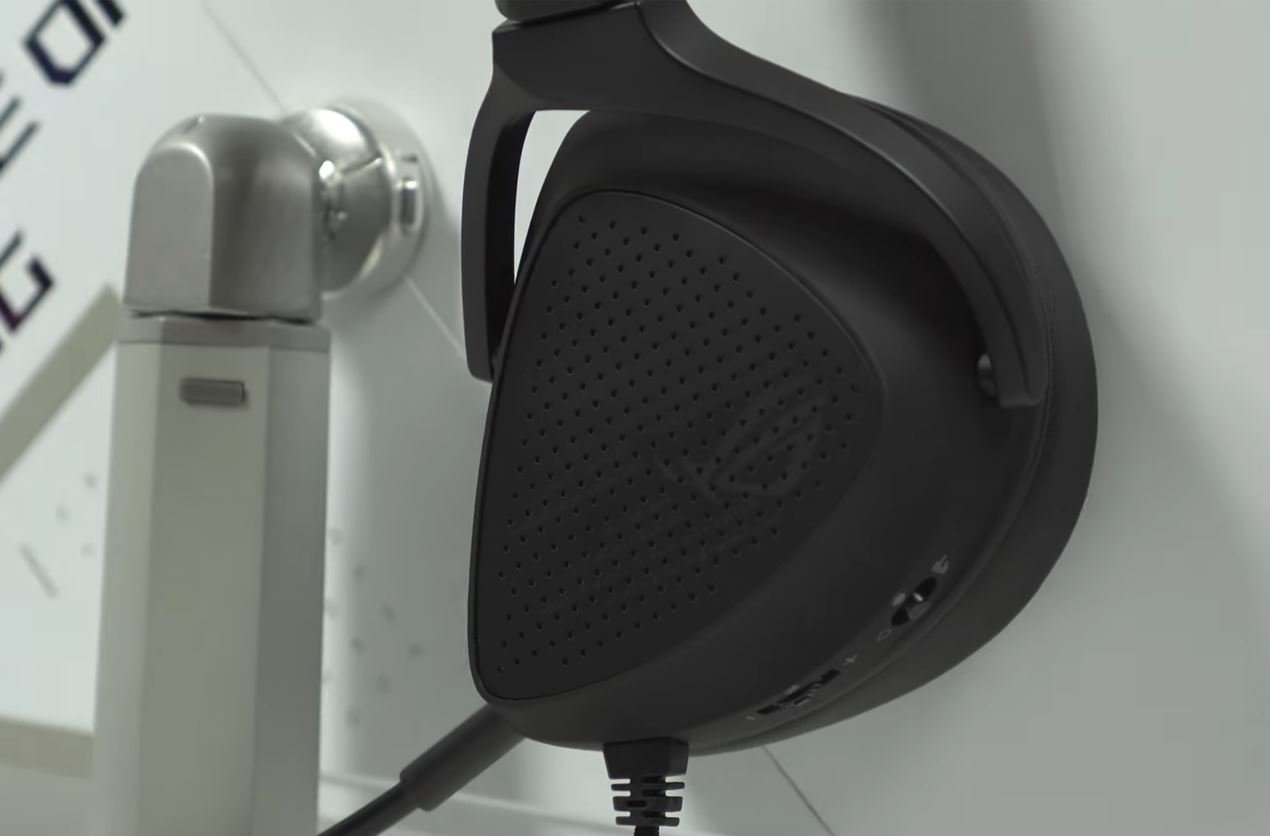 ROG Delta S Animate didn’t surprise us with anything in terms of sound. But only because before that, we already had Delta S in ROG. And they are not just similar in their capabilities and sound but completely repeat each other.

This is a system of 4 separate transducers for each part of the range (low, mid, high and ultra-high frequencies), which provides the highest quality study of the entire range. And all of this works great in practice. ROG Delta S Animate has high-quality detail, a complete absence of blockage in the frequency response, a well-developed frequency range, and in addition to all this – a cool and accurate positioning of the sound source.

As is the case with the usual ROG Delta S, the new version of the headset produces excellent sound on PCs and laptops with a high-quality sound card and smartphones and consoles, so ROG Delta S Animate is perfect for the role of a single universal option.

The detachable microphone, which slides below the controls, features the same matte black finish and understated design. The sensitivity of the unidirectional microphone is -40 dB. And its frequency response is in the range of 100 ~ 10000 Hz. The microphone features ASUS AI Intelligent Noise Cancellation. The impedance of the headphones is 32 ohms, and their frequency response is 20 ~ 40,000 Hz. The specifications are largely identical to the ASUS ROG Delta S.

ASUS ROG Delta S Animate headset supports Master Quality Authenticated (MQA) audio technology. It can connect to the basic MQA signal in global streaming services and deliver a new level of audio quality. As you know, MP3 files are usually compressed to reduce their size, resulting in the song losing a good portion of its elements.

The ASUS ROG Delta S Animate gaming headset features a slim design (just 310g), an ESS 9281 Pro quad DAC, and MQA audio format support. The USB-C interface allows you to connect the headset to a wide variety of devices (PCs, game consoles, smartphones), and the ergonomic ROG Hybrid D-shaped ear pads will not let your ears fatigue, even with prolonged wear. And let’s not forget about the customizable AniMe Matrix displays on each cup, which will help you personalize your style with an image, animation or text display.