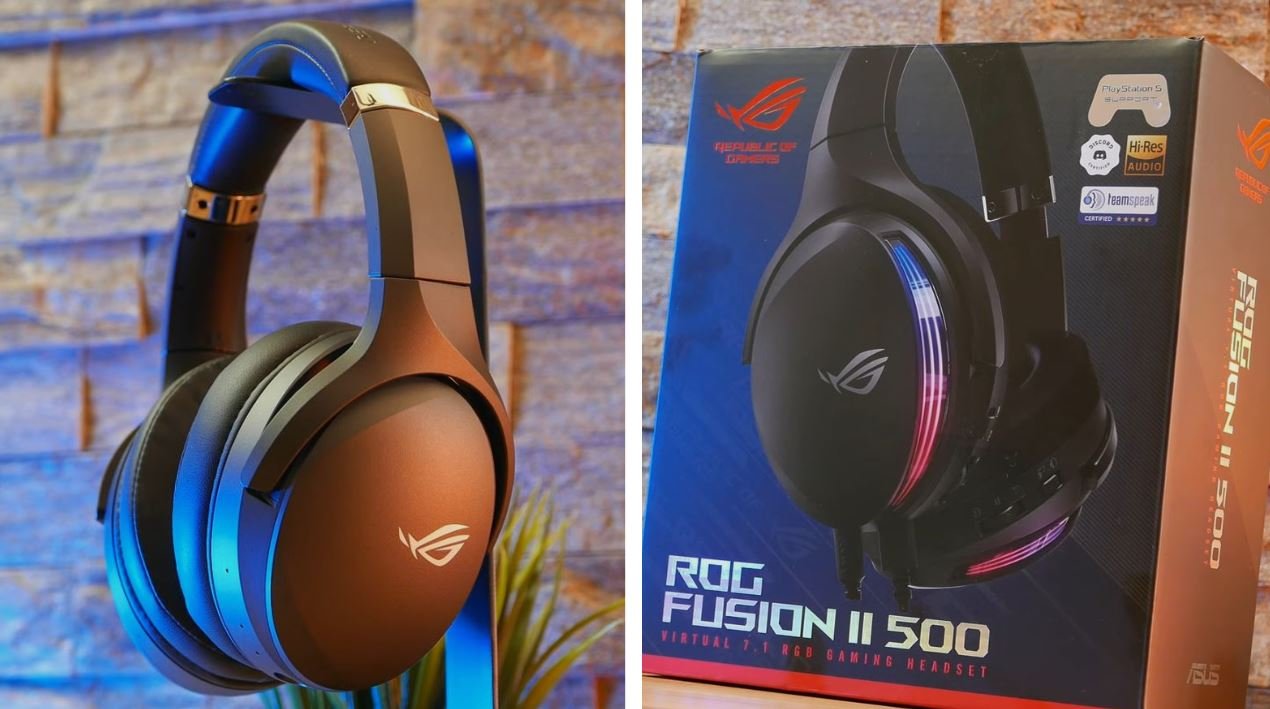 The ASUS ROG Fusion II 500 is a well-equipped gaming headphone that sets itself apart from the competition with its powerful Quad DAC, large speakers and AI-powered beamforming microphone. Let’s see how the high-end headphones performs. 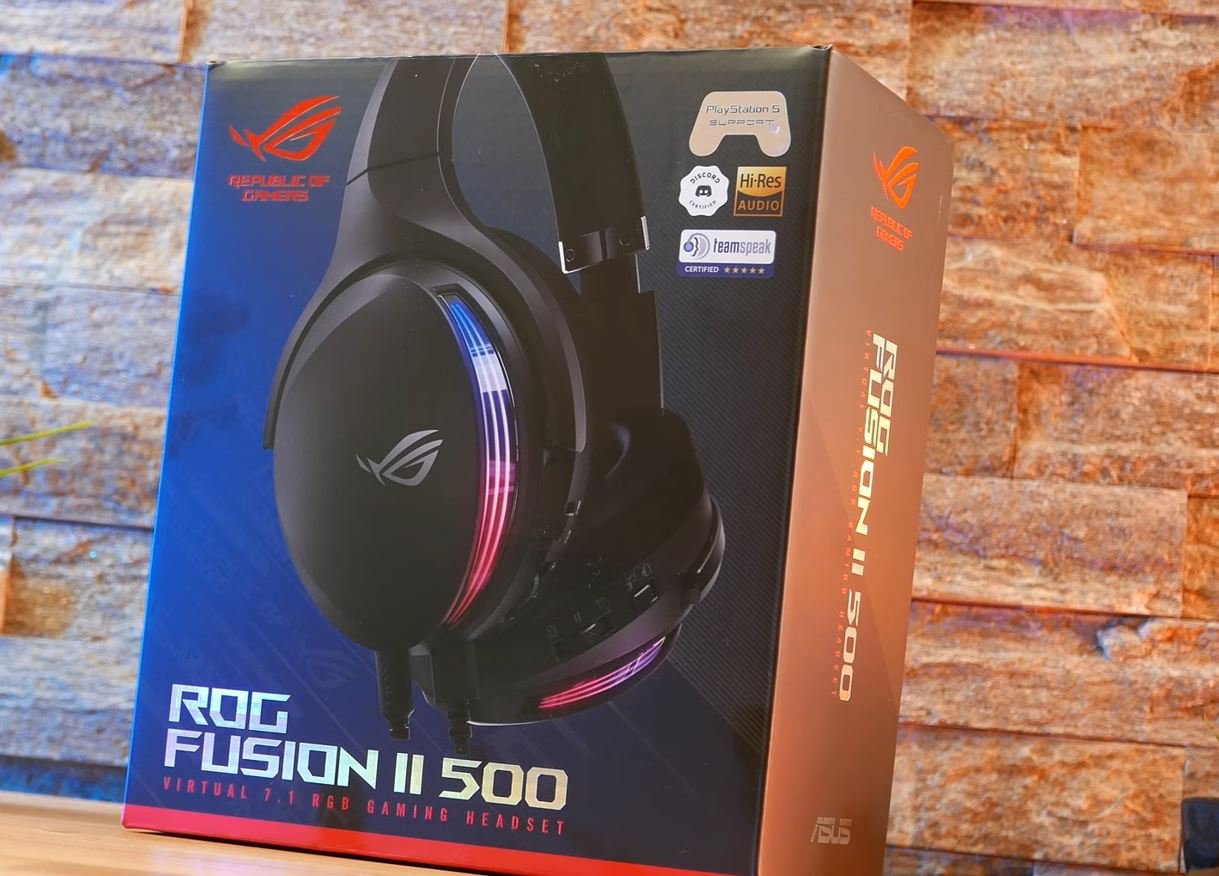 ASUS has been releasing a wide range of gaming peripherals under the ROG brand for quite some time now. Of course, every self-respecting gamer has a gaming headset at hand. The new model ROG Fusion II 500 in the ASUS universe aims to demand gamers, as can be seen from the list of features. Among other things, ASUS chose the powerful ESS 9280 Quad DAC. The ear cups are fitted with large 50mm drivers. Not without support for virtual sound 7.1. But concerning the microphone, ASUS chose an unusual option. There is noise cancellation, but there is no classic microphone on the boom; ASUS chose a solution based on beamforming technology.

ASUS has chosen a relatively modest design for its gaming headset. If Corsair, for example, in the Void line prefers aggressive diagonal lines, then the Fusion II 500 belongs to the classic design with oval cups. The temple attachments smoothly transition to the cups, giving the impression of fullness and integrity.

As it befits a modern gaming headset in the premium segment, it could not do without RGB lighting. However, it does not play any functional role. However, in this case, the backlighting sound does not worsen, so we will not find fault. 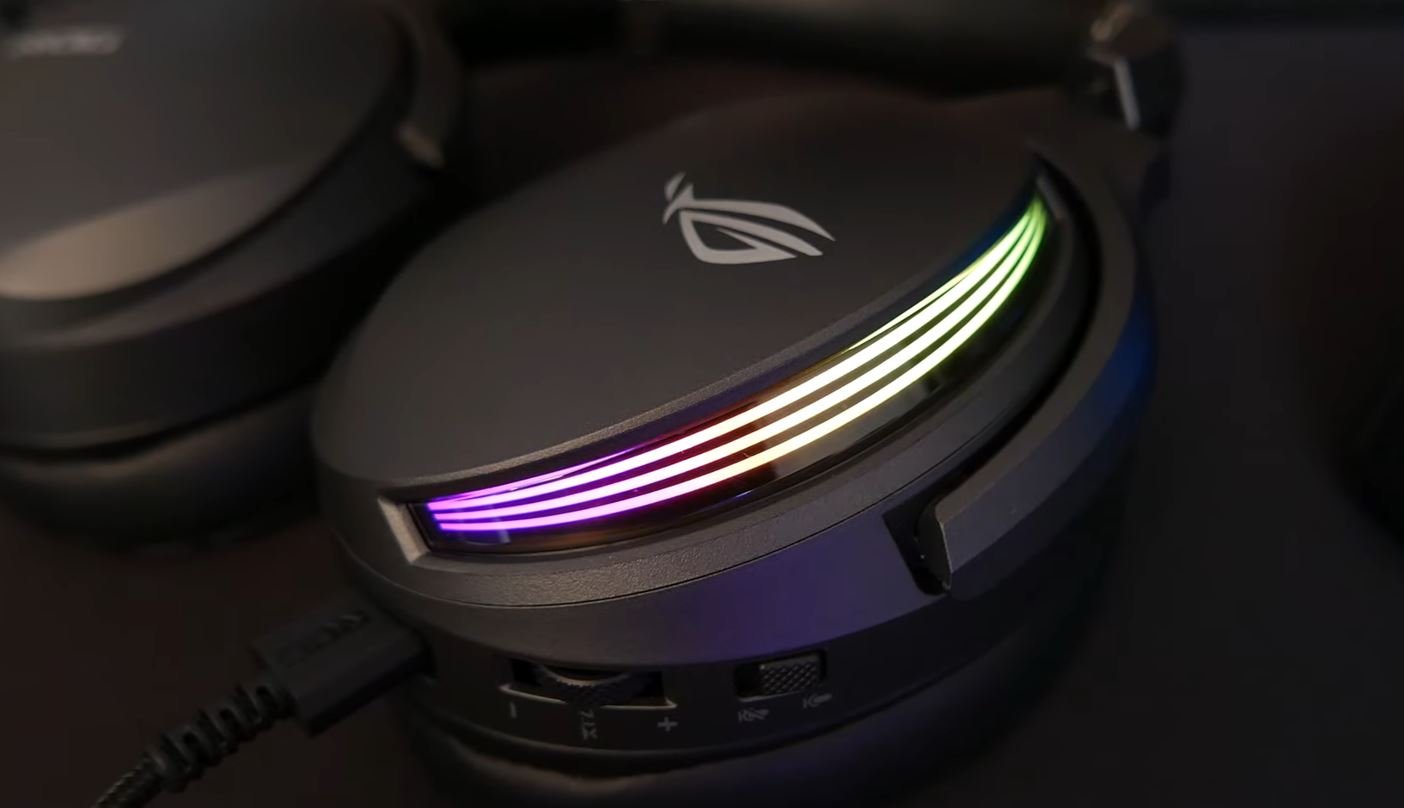 Visually, the backlight looks beautiful; the more various effects are available. The animation runs very smoothly. In the utility, you can customize the effects and integrate the headphones into the Aura Sync ecosystem.

But the beautiful backlighting can’t hide the fact that ASUS has used rough plastic for the most part. Nevertheless, we expected more noble materials from headphones priced at €190. Here it is enough to look at the same Corsair Virtuoso XT model. In general, there is too much plastic.

Looking at the headphones, you can get confused about different ports, wheels, and toggle switches. 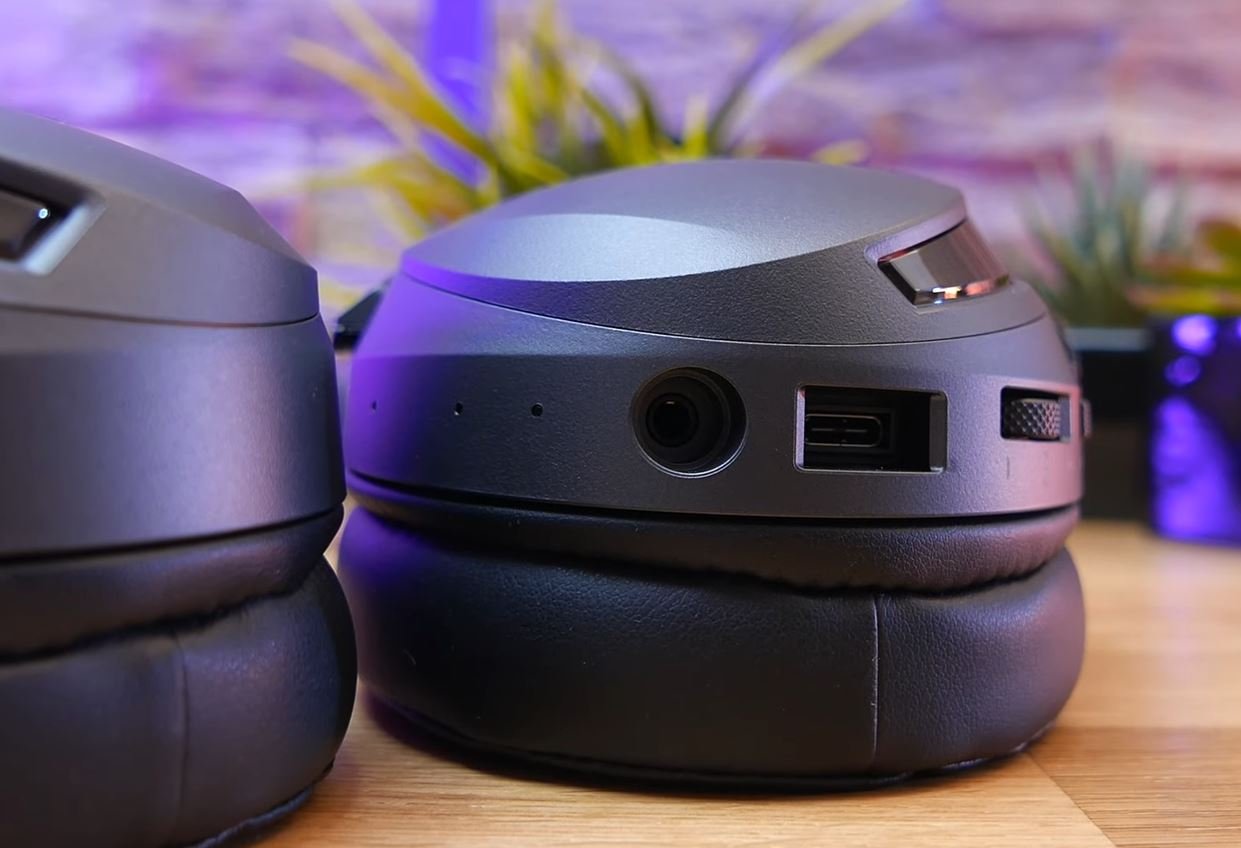 USB Type-C and 3.5mm audio cables are connected to the left earpiece. The package includes an adapter to USB Type A, so there will be no problem here. There is no microphone boom jack, but the bottom line is that ASUS has chosen an alternative option.

The headset design makes it clear that the ROG Fusion II 500 wants to combine gaming and quality at the same time. While the hard plastic shell and the wide RGB stripes scream gaming, the faux leather temple with metal straps and the engraved surface underneath set more subtle, classic accents. It’s a combination that doesn’t work for us, but it’s not too bad with a headset that we have on and not in front of our heads most of the time. 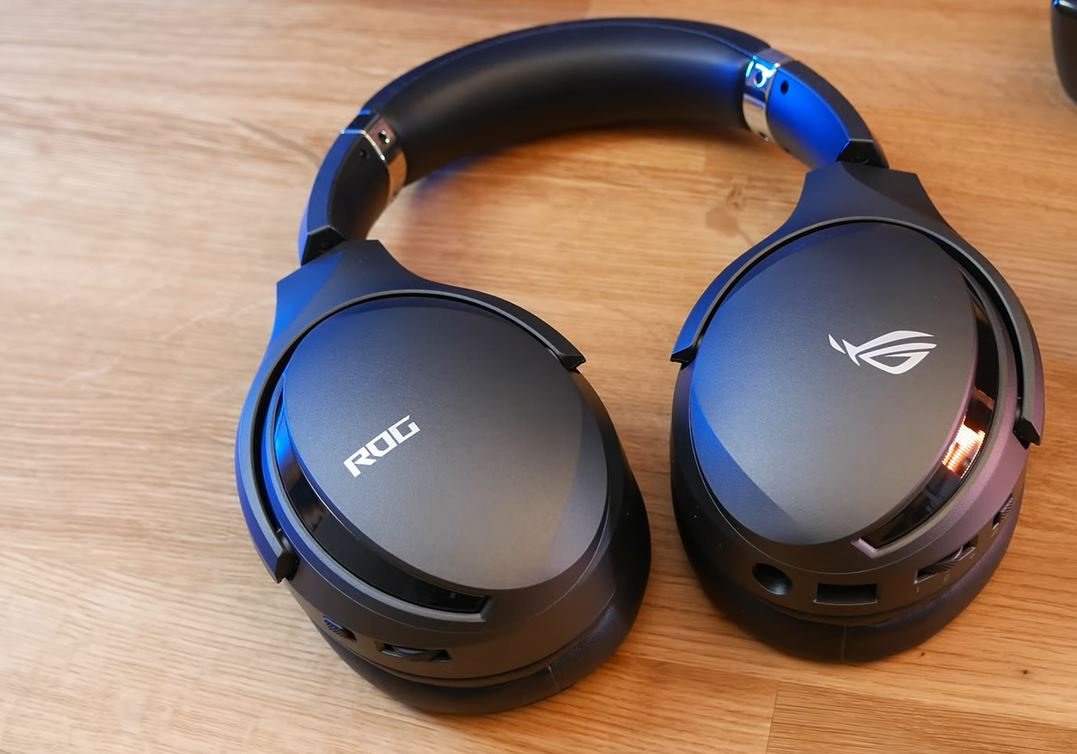 But no matter what world the design parts come from, both are of high quality and resistant to everyday bending and fall damage. The ear cups also make a qualitative impression. Depending on what we want, we can decide whether to put these on our ears made of mesh fabric or protein leather. 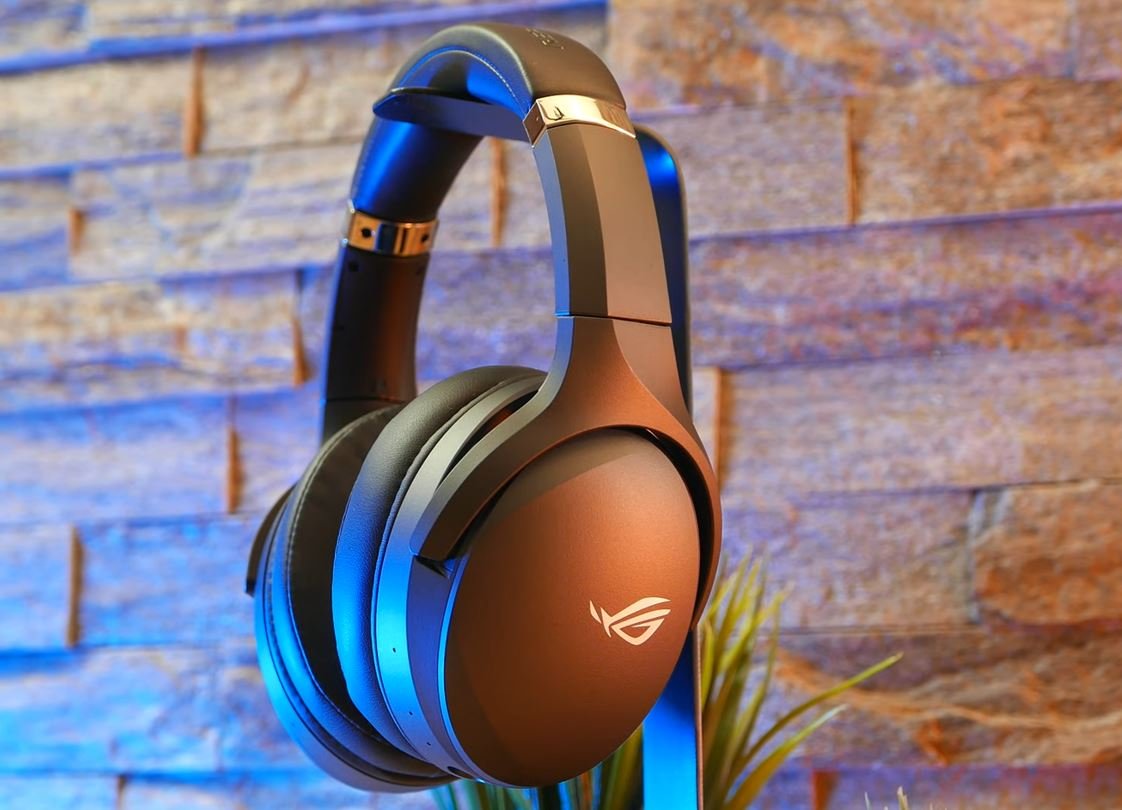 In addition to the headset itself, the package also includes a 3.5 mm jack and a USB-C cable. With a length of 1.5 meters, these are long enough for use on the desktop but not too long to interfere with mobile games or when plugging into the console controller. Asus also includes a USB-C to A adapter.

The setup of the headset is mostly automatic. We first connect the device to the computer, smartphone, or console using the desired cable, then the ROG Fusion II 500 is recognized and selected without detours. The optional Armory Crate software is not required for installation.

The ROG Fusion II 500 sits comfortably on your head for several hours with its over-ear ear cups. Whether we choose faux leather or mesh fabric. The headset does not press on the ears or on the head itself in both cases. In our opinion, even more, pressure could have been opted for. The headset almost fell off our heads when we danced to our favorite music during this test. Calmer minds shouldn’t have any problems with the ROG Fusion II 500 here. 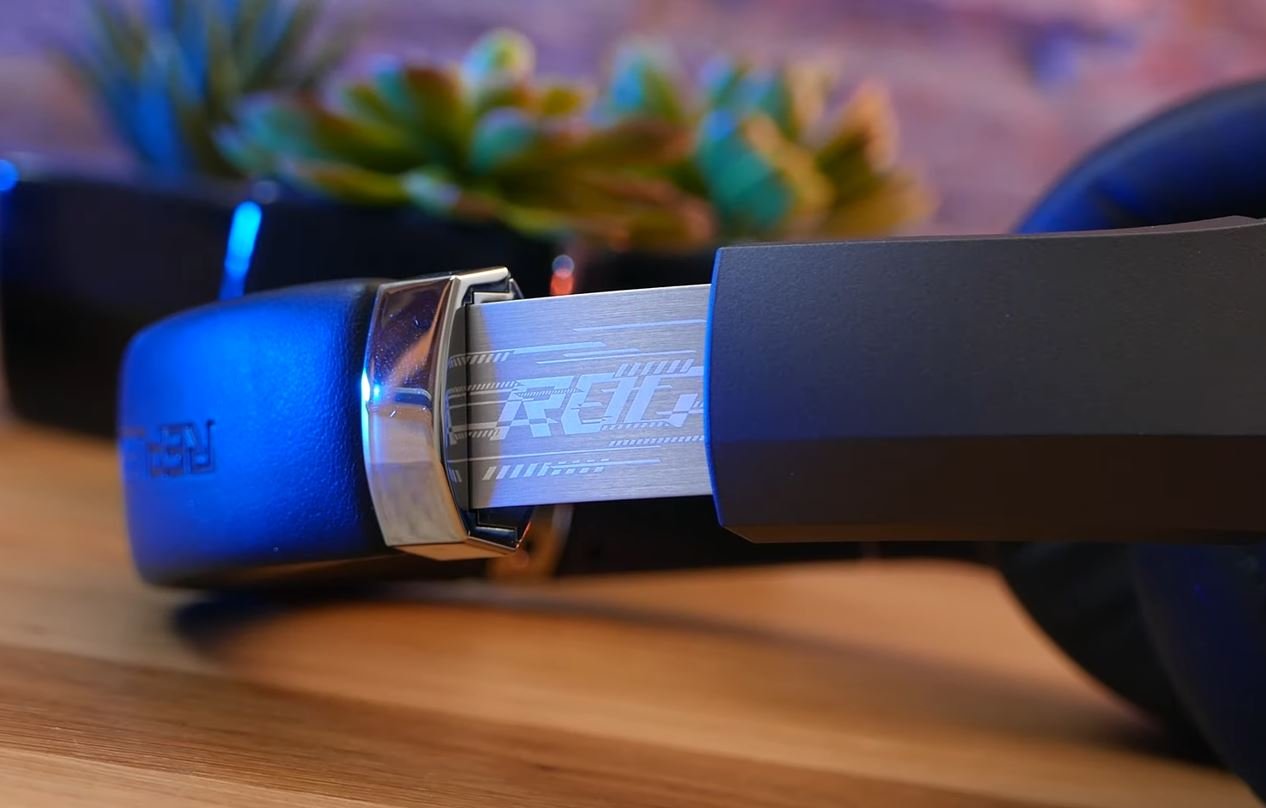 The headset’s headband cannot be fooled in terms of comfort either. Thanks to the excellent fit and the artificial leather cover, we didn’t feel any pressure on our heads after several hours. 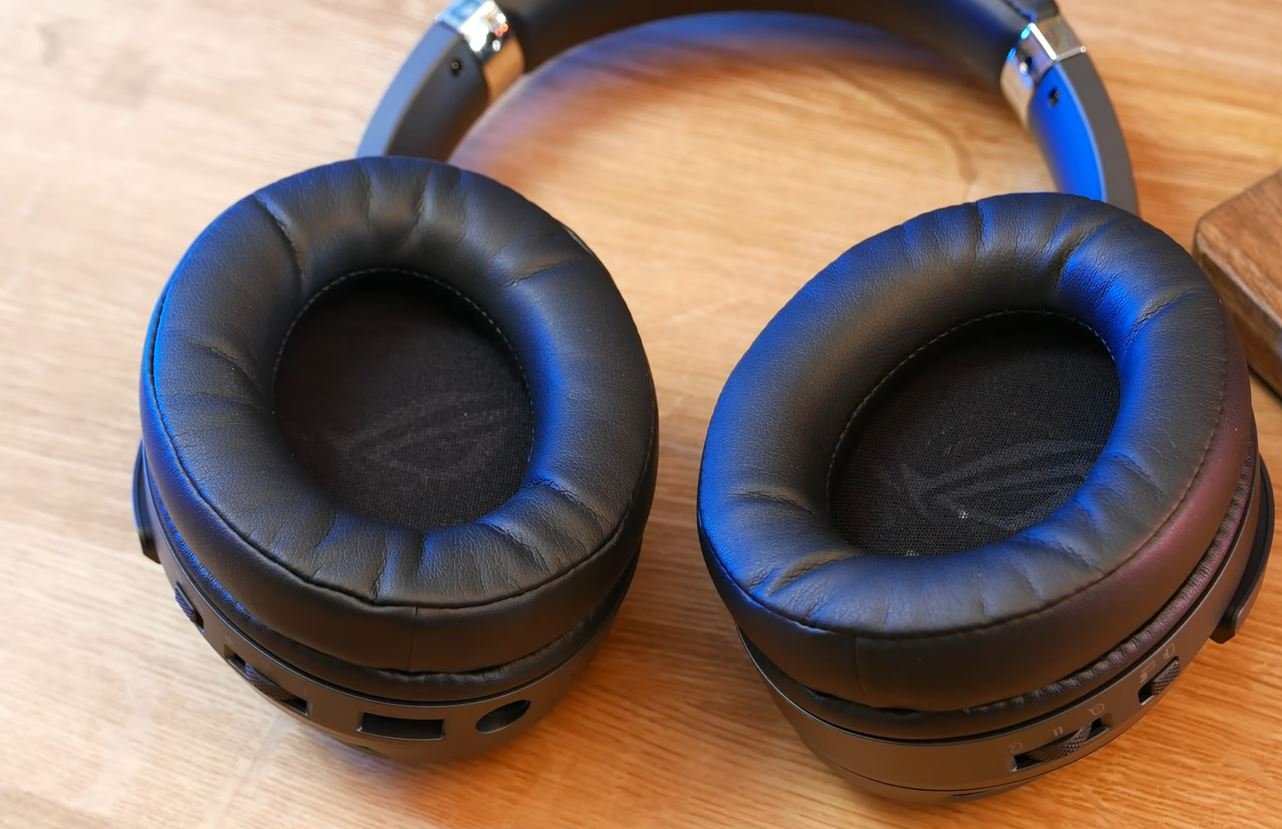 The virtual 7.1 surround sound of the Asus ROG Fusion II 500 allows us to immerse ourselves directly in the game.

ASUS has equipped the headphones with a rich set of technologies, so there are many controls on the cups. At first, it is not easy to understand them, but mistakes will occur less and less as you get used to them.

Both cups have wheels, and a toggle switch a little higher. The toggle switch is responsible for muffling the microphone on the left cup, and the wheel allows you to adjust the volume level. Only on this cup can the wheel be pressed, which turns on / off the virtual surround mode. The wheel rotates with hooks, giving tactile feedback when adjusting the volume.

The layout on the right cup is identical. The top switch is between PC mode and game console mode. The difference here is fundamental because it affects the function of the disc. Computer mode allows you to change the balance between game sound and chat, which is very convenient in practice. In the heat of battle, it is useful to amplify the voices of clan members so that they are more legible.

As you’d expect from a USB headset, there’s a utility to unlock its full potential. ROG Fusion II 500 works with the Armory Crate utility. It allows you to select various lighting effects, such as rainbows or breathing. There is also a light mode.

For the main function of the headset, the audio settings are still more useful. ASUS has added several personalization options. We have already mentioned the balance between game sound and chat, it can also be set in the utility. Fans of virtual 7.1 sound can adjust the volume of individual channels, although miracles in 3D quality should not be expected here, yet the solution is virtual. Finally, there was an equalizer with support for different profiles.

You can get used to the ASUS controls and utility, but it would not hurt to make the wheels and toggle switches more distinguishable.

Asus seems to have paid special attention to the sound when developing the ROG Fusion II 500. The technology is awe-inspiring compared to many other gaming headsets with the quad D/C converter Hi-Fi ESS 9280 Quad DAC and 50 mm Asus Essence neodymium drivers.

Other figures from the datasheet include a frequency range of 20 to 40,000 Hz and an impedance of 32 ohms – enough resistance for smartphones, laptops, and consoles.

In practice, the surround sound effect turned out to be better than we expected, effective sound processing algorithms give a 3D effect in games or movies. In games, for example, you can much better determine the direction of the enemy by steps. But, again, the physical effect of multiple speakers in a 5.1 / 7.1 configuration is not here.

We also benefit from the surround sound when gaming. Accurately locating enemies in shooters like Counter-Strike: Global Offensive never posed a problem.

Asus offers a nice additional feature with the game chat volume control. We use it to quickly adjust how we want to balance game sound and voice chat.

The headset’s microphone is not relatively as high but sufficient. If you look in vain for this when unpacking the headset, don’t worry. Because instead of a classic boom microphone, Asus has installed an AI beamforming microphone directly in the headset in the ROG Fusion II 500.

Unfortunately, when recording with the microphone, a slight noise always comes through despite AI noise canceling. And compared to other headsets, the sound also seemed quite dull to us. However, we don’t want to be too harsh because the quality is sufficient to communicate clearly in team chats via Discord or Teamspeak.

There are four controls on the ROG Fusion II 500 headset. There is a mute switch and a volume wheel on the left side, which also activates the surround sound mode when pressed. On the right is another switch for switching between console and PC mode and a wheel for adjusting the game mentioned above chat controls. 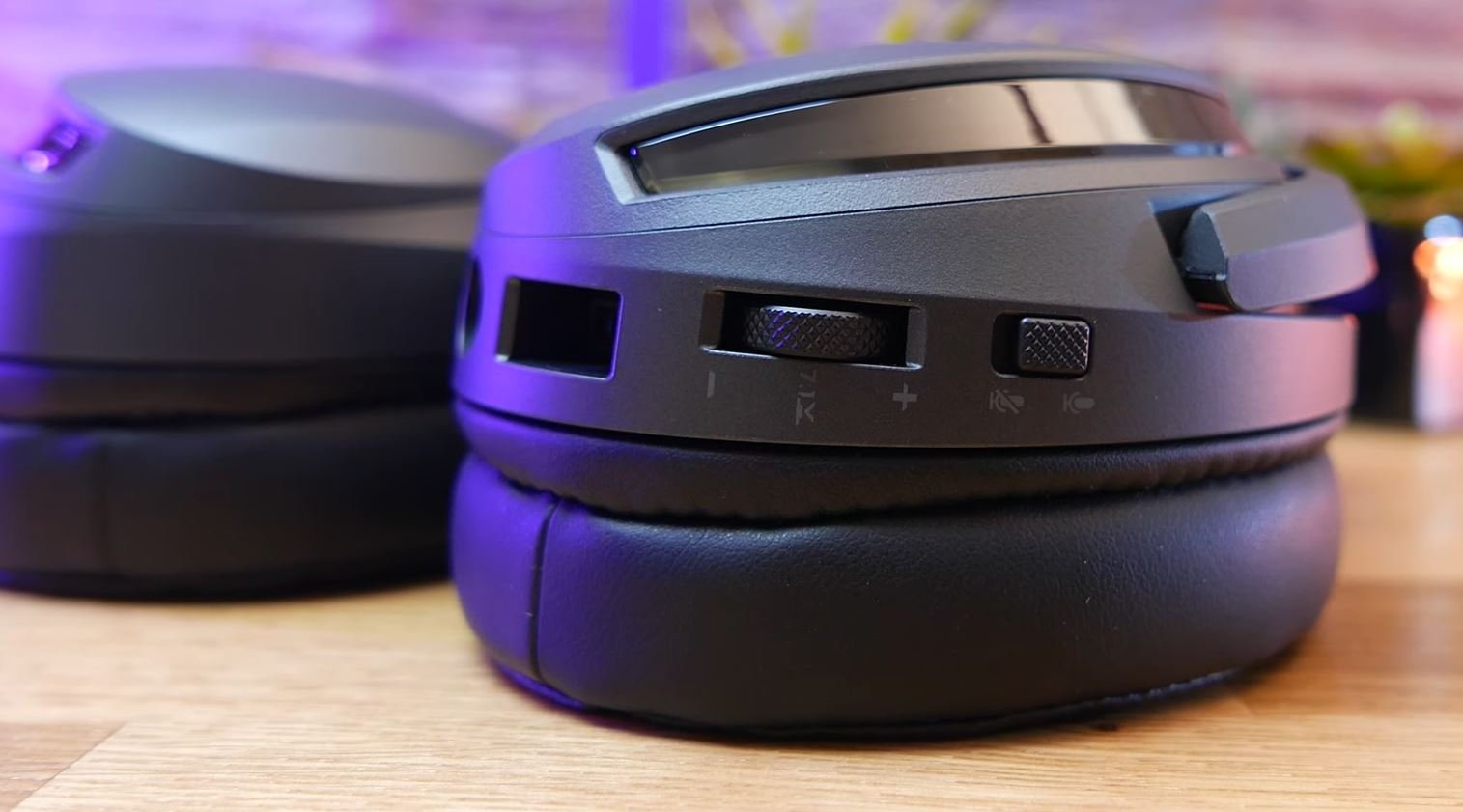 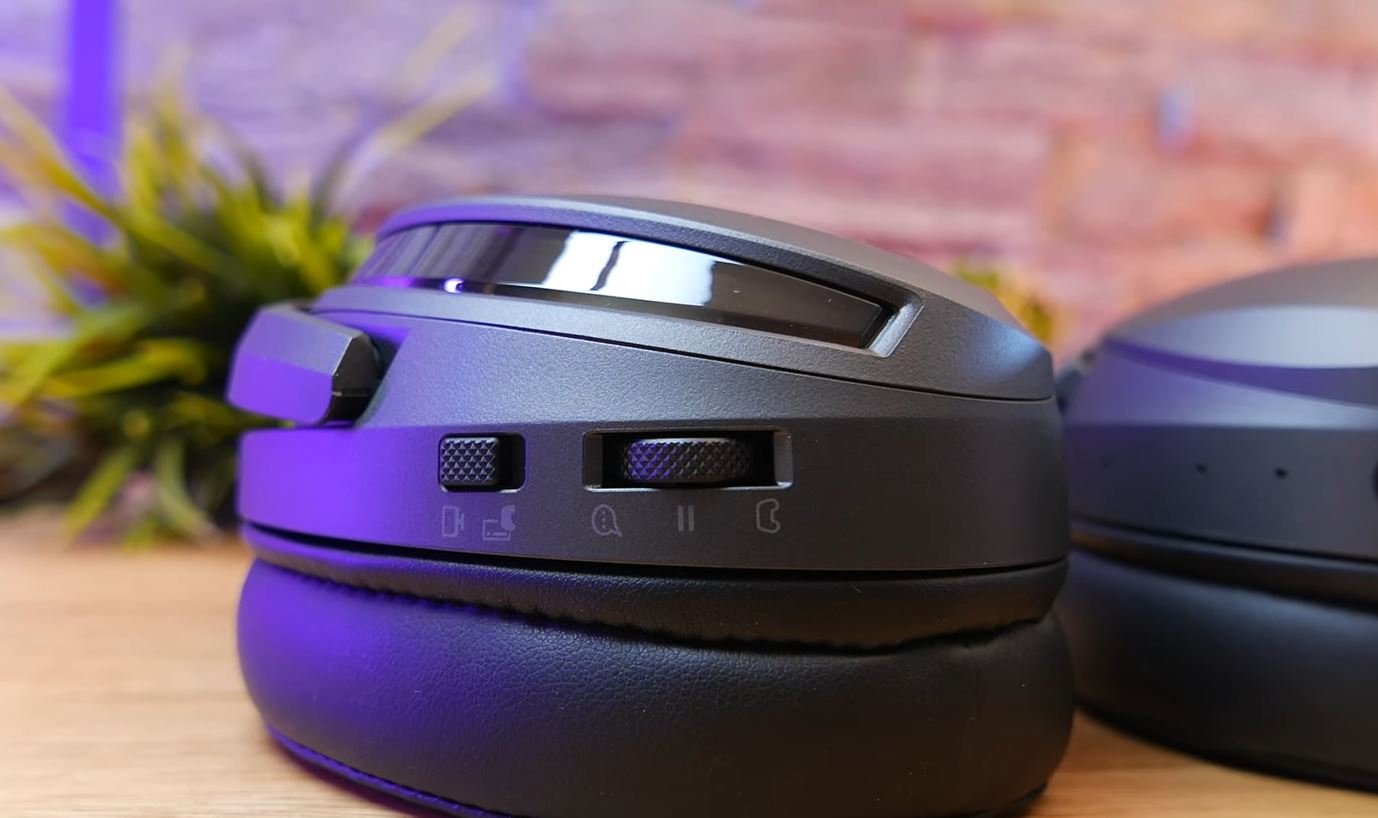 While the wheels are easily accessible, the two switches are too high to be pressed quickly and without pausing. That’s not a big deal with the console/PC mode controller. Especially with the mute controller, there is still potential here.

Those wanting to customize the ROG Fusion II 500 beyond the on-ear switches can do so via the optional and free Asus Armory Crate software. Here we customize the headset in terms of sound and lighting. 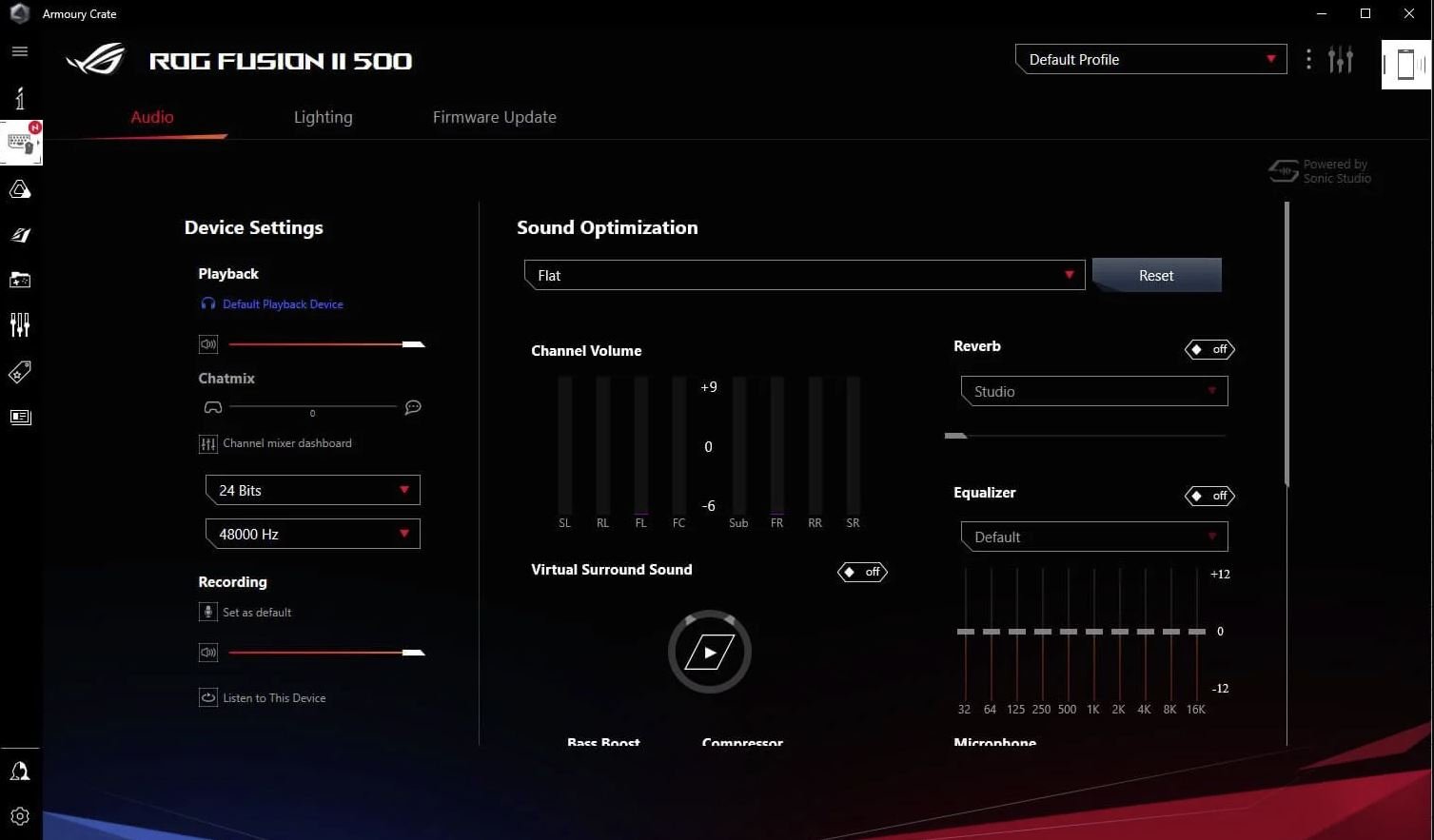 With the former, we have 8 presets for chat, music, film, various game genres, and an equalizer that we can use to fine-tune the sound. We also adjust noise cancellation, surround sound, and microphone settings here.

Asus also provides us with a selection of different presets for the latter, which we then adjust in color. You can also use the Aura Creator and create more complex lighting options yourself if you like.

The new ROG Fusion II 500 is a premium headset that delivers compelling audio quality better than gaming headsets. The low frequencies are not so accentuated here; the sound is better balanced.

The earbuds handle high volume levels well without being overpowering. We liked the spatial sound; all instruments can be placed on a virtual stage in stereo mode. With 7.1 virtual sound mode, the 3D effect becomes even more tangible, especially in games. But the sound fidelity is degraded.

We would call the sound quality of the headphones excellent, but the microphone is upset.

There are also complaints about the choice of materials. Too much plastic is used for a $190 device, but you can find headphones with nobler materials in this price range. The RGB backlight looks nice, but we wouldn’t put too much emphasis on it.

Wearing comfort pleased, the pressure of the bow and ear pads is well-chosen, and the headset’s weight is negligible. Moreover, according to the ear pads, there is a choice between artificial leather and synthetic microfiber.

The headphones have a lot of controls, so at first, you can’t do without mistakes. But after a period of getting used to it, there will be no problems. We liked the user-friendly utility with a good set of features.
Overall, the ASUS ROG Fusion II 500 left a mixed impression. They are pleased with the excellent sound and surround effect, but we will attribute the quality of the microphone and materials to shortcomings. From $190 headphones, we expect a little more. 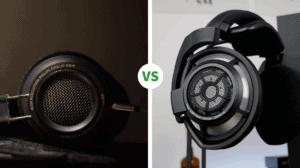 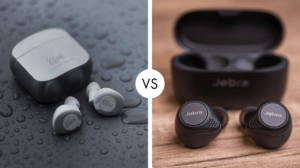 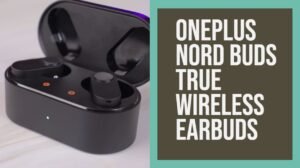 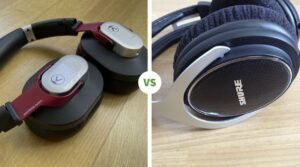