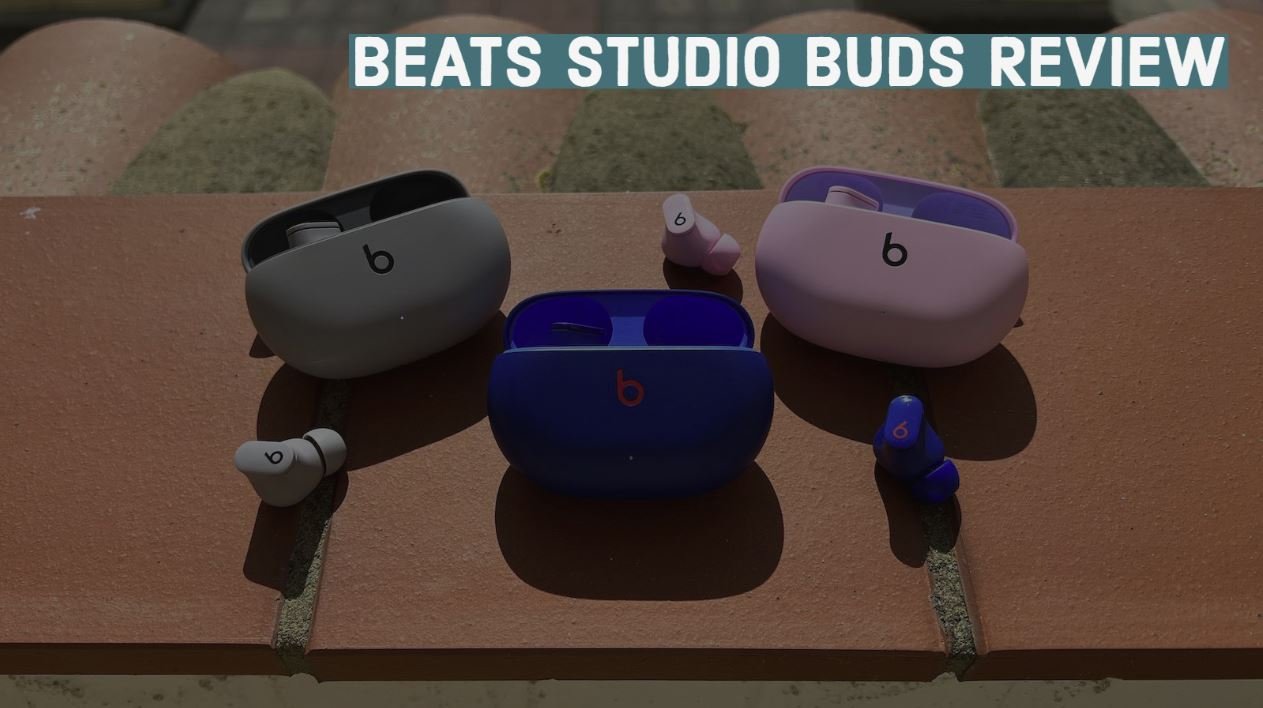 The Studio Buds were available in black, white, and red and are now available in rich blue, gray, and pink. The price for the US market has not changed – $ 150. 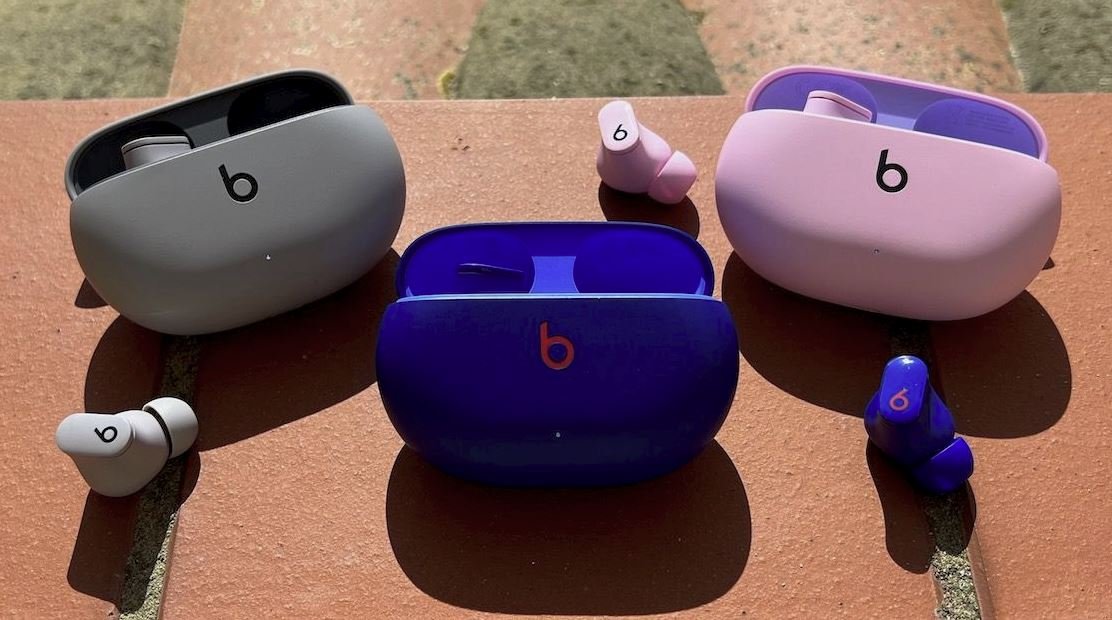 Apple also announced the Locate my Beats service to find lost headphones from Android devices. It will become part of the Beats app. A widget will also be available to track the charge and switch noise reduction modes.

Other than the Powerbeats Pro, primarily aimed at athletes, Beats by Dre has never made wireless headphones for everyday use. Now, this gap is called upon to fill the Beats Studio Buds worth $150.

The Beats Studio Buds boast a compact size, active noise cancellation (ANC), and almost all the benefits of AirPods Pro at a better price. Are they that good? 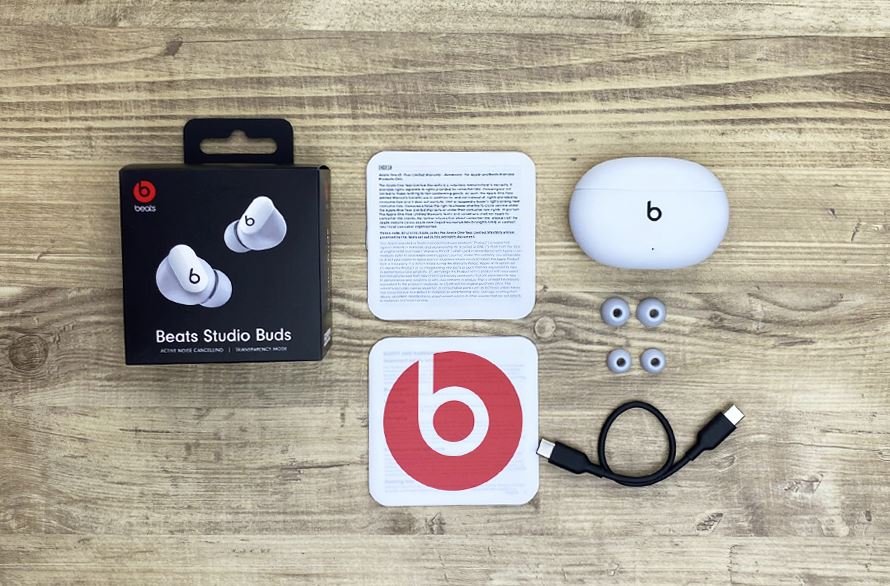 The tiny Beats Studio Buds use the same ear tips as the AirPods Pro. But the design of the headphones is completely different – instead of a white oblong style, a small one is slightly pointed for a comfortable grip. The Studio Buds barely protrude from your ears – just a little, so you can take them out or press the control button on the case.

There are no optical sensors, unlike AirPods 2 and AirPods Pro, so when you remove your headphones, music playback will not automatically pause. While there’s no Apple’s H1 or W1 chipset inside, Bluetooth call quality is flawless, and Siri voice access remains. With the press of a button, you can also call up the Google Assistant if you have an Android smartphone.

Since Beats mainly makes headphones aimed at athletes, there is IPX4 protection – which is enough for even the most intense workout. While the charging case isn’t as compact as the AirPods, it doesn’t support wireless charging either, but the rounded case fits comfortably in hand and is small enough to fit in a jeans pocket.

The single LED indicator on the front of the case does not accurately indicate the battery charging status. To find out the exact charge level, you will have to use a paired smartphone. 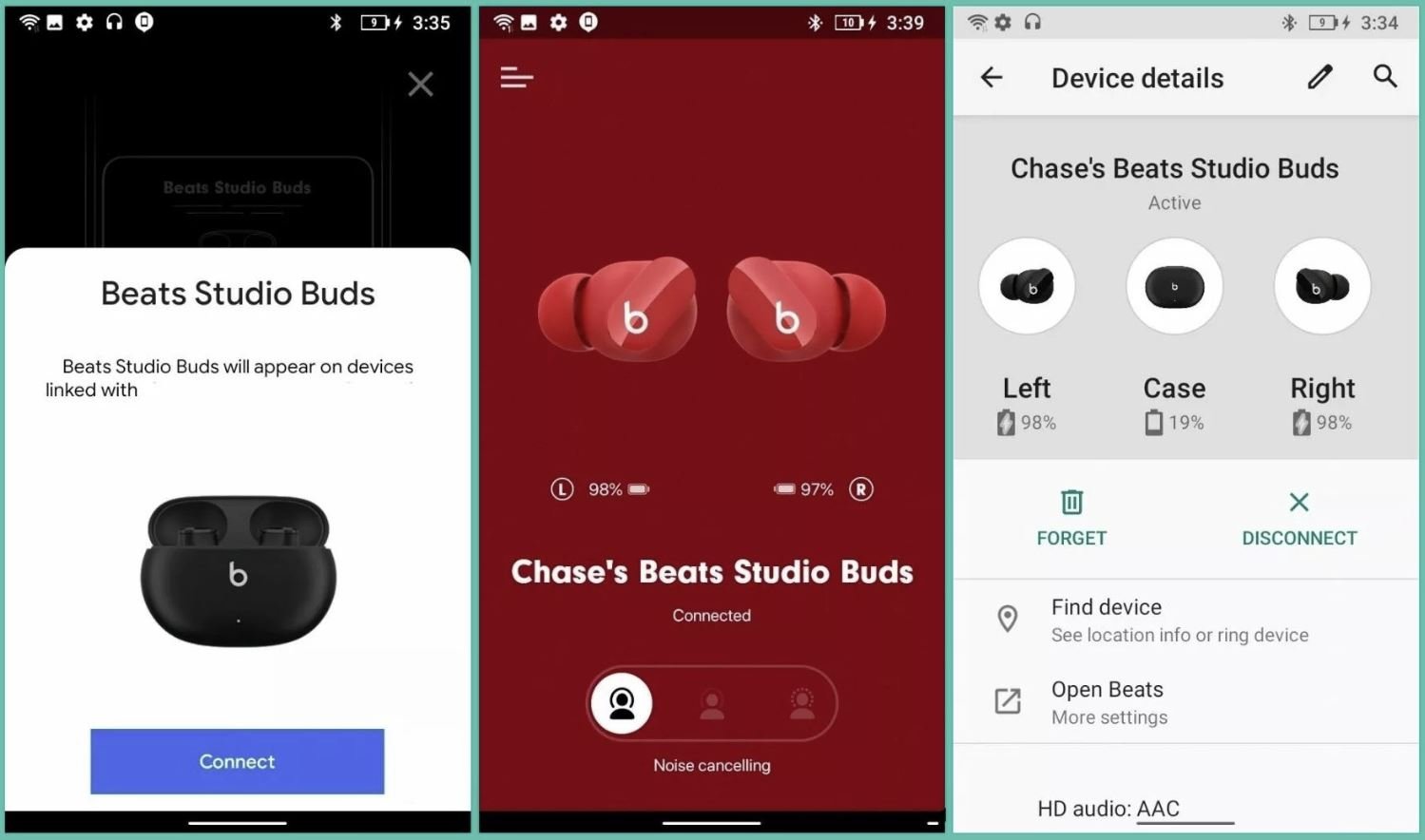 Beats Studio Buds connect quickly and easily to any source on iOS or Android. After pairing for the first time in the Bluetooth settings, open the case, and the smartphone will display a notification about the connection. There is no multi-device connectivity here, although this feature is not often found on wireless headphones.

But with the range of wireless communication, the Studio Buds are doing well: even at a distance of 25 meters from the source, the connection is still maintained.

The Beats Studio Buds are one of the most comfortable wireless earbuds in years. Due to the small size and ventilation micro-holes, the pressure on the eardrum is reduced, which is often experienced with other in-ear headphones. Studio Buds will sit more securely in your ears if the tips are right for your channels than AirPods Pro. You don’t have to worry about them falling out during an active workout.

The control keys are physical; they are more convenient than many touch ones. One press – is responsible for playing or answering a call; double – the next track, triple – will return to the previous one. A long press will toggle Active Noise Cancellation (ANC) or launch the voice assistant, depending on which earbud you press.

Unfortunately, these actions cannot be reassigned, as there is no possibility of adjusting the volume through the headphones.

Studio Buds will not disappoint Beats fans – there is a clear emphasis on the bass for which the company was famous.

Since these are in-ear headphones, the perceived depth of the low frequencies depends on how tightly the buds sit in the ears. At the same time, the Beats Studio Buds don’t have as much bass as more expensive competitors like the Jabra Elite 85t or the Sony WF-1000XM4.

Fortunately, the sound is balanced across the entire frequency range, so the shift to the bottom is not obvious in most compositions. Hip-hop and EDM music sounds best, although the mids and highs are detailed enough to enjoy any genre.

Headphones from Beats never had equalizers, which is strange. The kits always have nozzles of different sizes; the anatomy is different for everyone, and the same applies to sound settings tastes and preferences are different.

Active noise cancellation technology appears more often in wireless headphones – today, you can find a model with ANC for $150.

It’s a surprise that Beats added this feature to the Studio Buds. But, not everyone has active noise cancellation implemented in the same way. Sometimes it just creates an additional hissing background and only spoils the impression of the reproduced sounds.

However, ANC in Beats Studio Buds is excellent. Although it is slightly inferior to its counterparts in the AirPods Pro, Jabra Elite 85t, or Sony WF-1000XM4, it does a decent job of blocking out unnecessary noise. It is also impressive that even micro-vents do not interfere with technology. The earbuds let in a small amount of air, reducing pressure on the ear canal.

The mode of transparency (penetration), which does not create unpleasant sensations, also deserves praise. It is enough to hear the conversation of the interlocutor or the sound of cars. While switching between ANC and transparency modes (off) is done by pressing and holding the control key on the headphones. But, Beats promises that there will be two settings between which it will be easier to switch with future updates.

Unfortunately, as with the equalizer, ANC and transparency mode cannot be adjusted.

Although there are 6 built-in microphones, the call quality of the Beats Studio Buds is mediocre.

The noise in the background is not noticeable but audible. Much depends on the source of the sound: the rumble of passing cars is almost inaudible, although the singing of birds is not drowned out at all. At the same time, the noise reduction of microphones can reduce the clarity of your voice – the interlocutor will have the feeling that you are somewhere far away. At least, when talking indoors, such problems do not arise.

Apple’s Find My is an excellent app for finding lost gadgets. Millions of iOS devices constantly scan space for devices like the AirTag or the Apple Watch.

Supports service and Beats Studio Buds. The device is also compatible with the search service from Google, of course, if it is paired with an Android device. The only negative is that the Studio Buds will only beep when they are not in the case.

The headset is also notable for being the manufacturer’s first wireless headphones that work well with Android devices. Even a standalone Beats app on the Google Play Store lets you get updates and check your battery level.

If Beats is to be believed, the Studio Buds can last up to eight hours on a single charge with ANC turned off. The case provides two more full recharges, which gives us 24 hours.

If you enable ANC, battery life will drop to 5 and 15 hours. The presence of the fast charging option is also pleasing: five minutes in the case will give an hour of playback. In general, the autonomy of Studio Buds is excellent. The Powerbeats Pro offer 9/24 hours, and they don’t have noise cancellation.

Although these earbuds are inferior to the best devices on the market in terms of battery life, many Apple / Beats wireless models are superior.

Given the small size, ANC, and great sound – Beats Studio Buds for $149 can be considered one of the best models of Apple or Beats in terms of price and quality.

There are few worthy competitors in this segment. If you don’t need Siri voice access, look no further than the Jabra Elite 75t, which has great sound, superb noise cancellation, and transparency mode. Several useful functions are also available, such as an equalizer and control settings.

Yes, Studio Buds by Beats are one of the best wireless headphones in the price segment under 150 USD , suitable even for owners of Android smartphones.