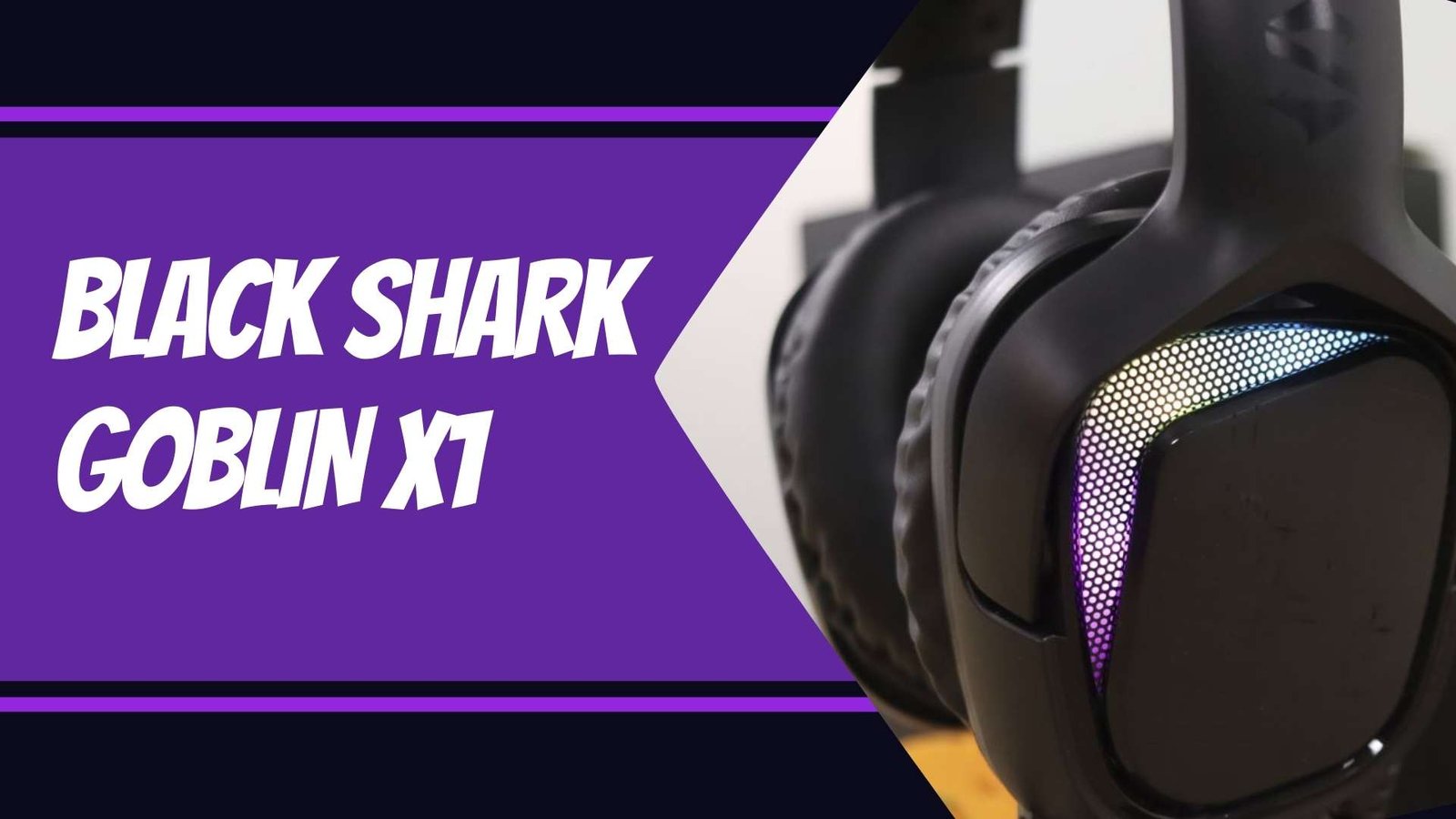 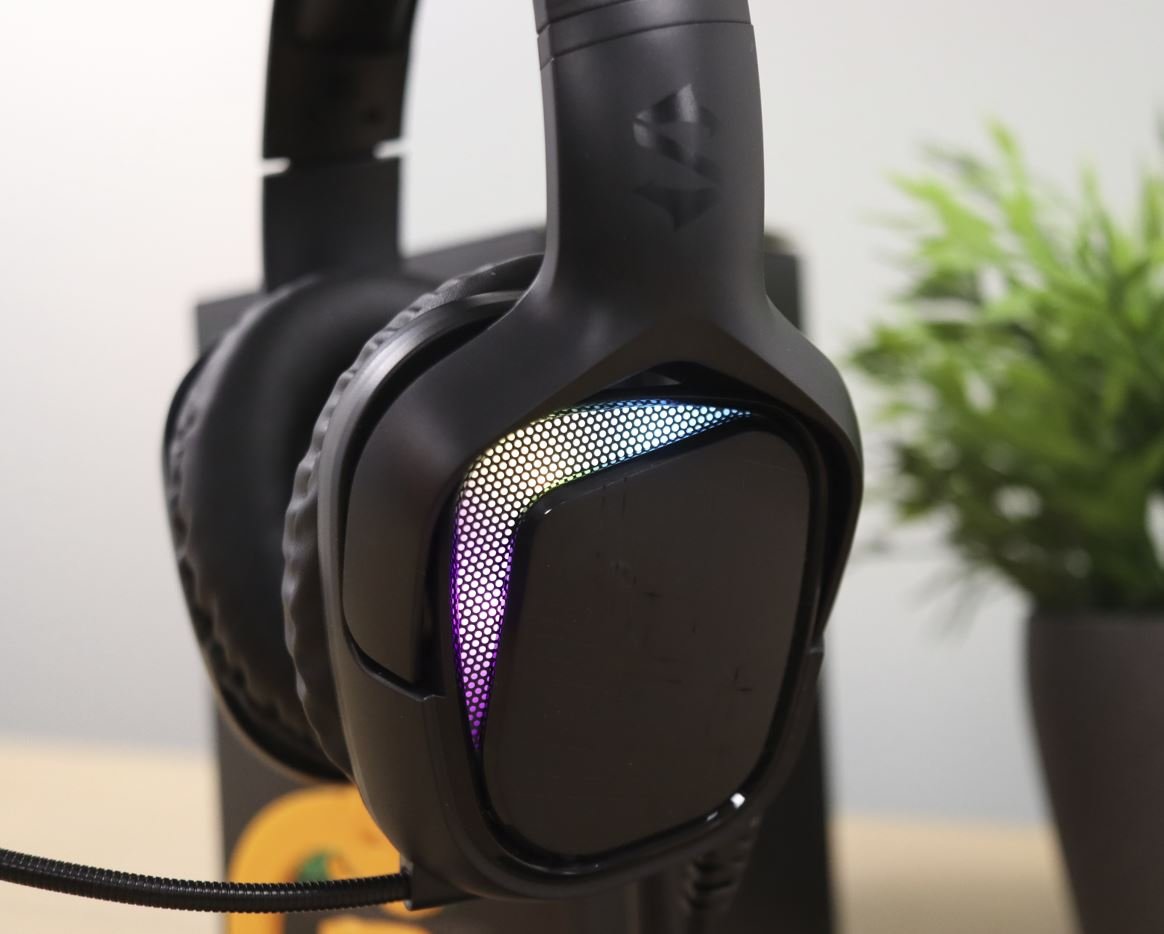 The Black Shark Goblin X1 headset surprised me because the mic was pretty good. For a price under $30.

A lot of plastic

Buy this product
Buy on Amazon

The Goblin X1 headset comes in a black box with green elements that is standard for Black Shark products. 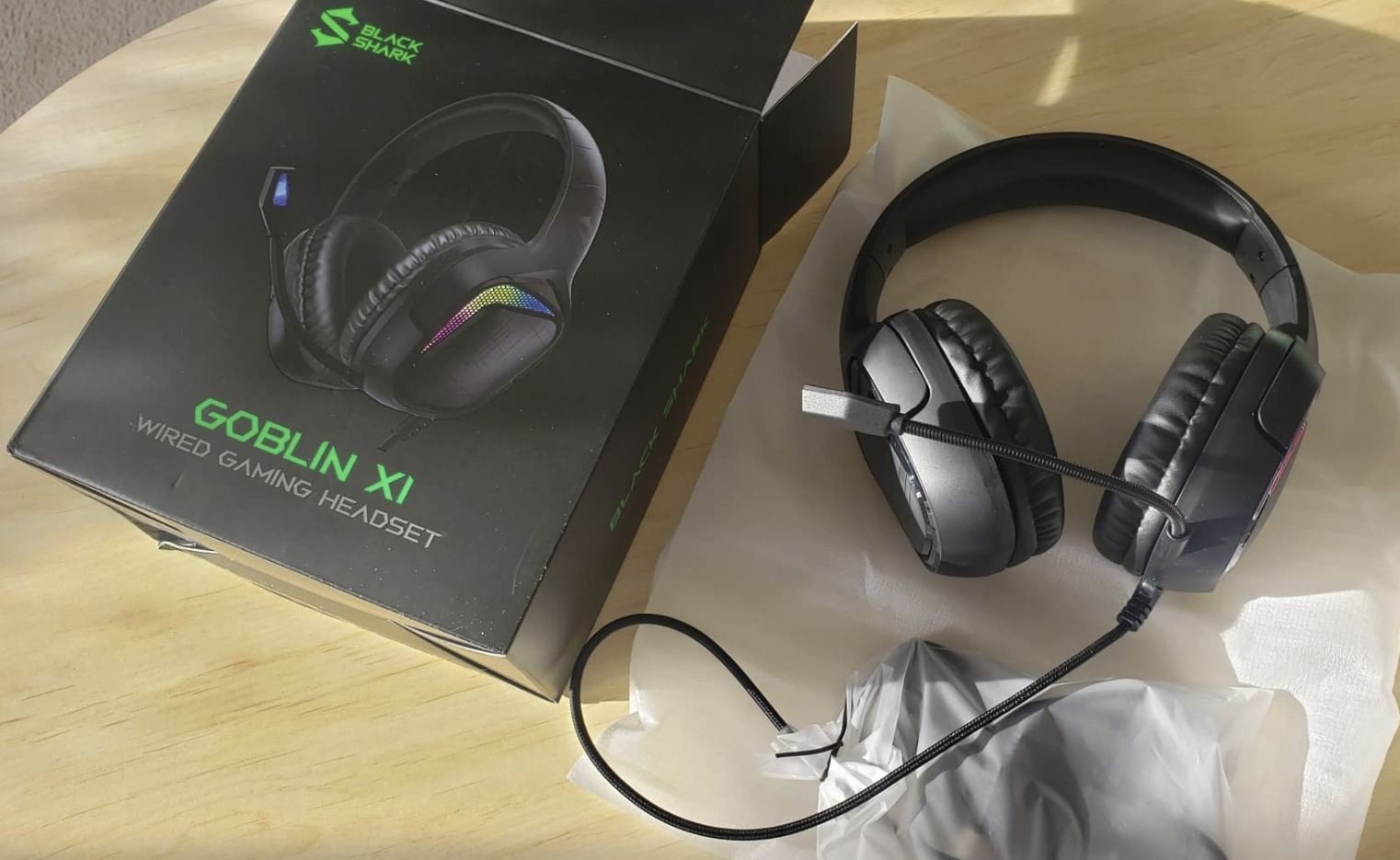 The Black Shark Goblin X1 Over-Ear Headset is a matte black color all the way through. The back of the phone and the headband both have shiny parts. 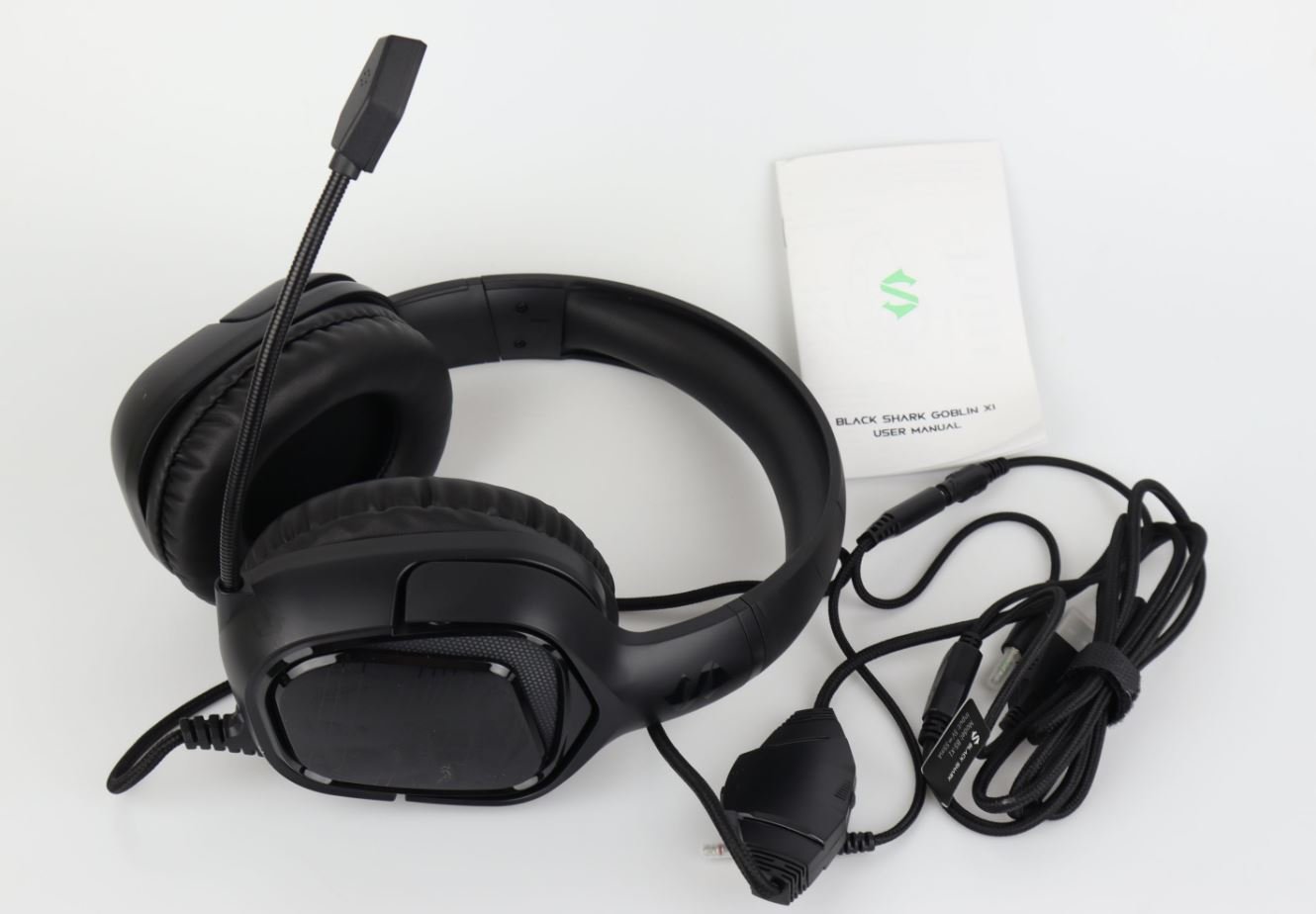 On the back of the phone, there is a rainbow-colored LED light that can’t be changed. In front of it is a speaker grille made of plastic that only looks good. The microphone also has a small LED, but it only lights up in one color.

The materials make it clear that the headset only costs $29. The plastic is not as resistant to light scratches as it might be on a more expensive model. Overall, the work is very good, and there are no problems with the production or the materials.

For the price $29, you don’t really expect much, but it’s hard to get things in order. There are no corners, edges, or other mistakes in the way it was made. Overall, it gives the impression of being stable and well-made.

Both the earcups and the head brace are made of memory foam and fake leather. The cushions feel pretty thin, but they are comfortable to wear on the head. Let’s wait a few hours and see what happens.

The Blackshark Goblin X1 is not really good for listening to music on the go. The cable is too long at 220 cm, and there aren’t enough options for plugs. The gaming headset from Xiaomi is meant to be used with a laptop or tower PC. You can choose from at least three colors. There’s black and white, of course, but there’s also pink.

Overall, a pleasing combination. The headset has: colorful RGB lighting on the outside of the ear cups, and even the microphone lights up in blue. Unfortunately, you cannot change the lighting, but you are not required to, at least not in my opinion.

Simply plug in the USB plug on the cable to start using the chic RGB lighting. Simply leave the plug hanging if you don’t want it to be so colorful.

50 mm drivers are not standard, even with pure over-ears for music listening. The 40 mm driver is still the most common, but Black Shark wants it bigger. Otherwise, there isn’t much to say about the hardware, so let’s get to work after the table.

Always, a gaming headset has to cover two different areas. On the one hand, there’s the sound in games and how it helps players know where their opponents are. On the other hand, the music is just normal. You might just want to listen to your favorite song between sessions, but you should also be able to hear voices from Discord or Teamspeak, and the surround sound shouldn’t be ignored.

The frequency range covered in the midrange and treble is less than that of, say, a Soundcore Life Q30. The dynamic range of midrange frequencies is audibly smaller, and the headphones do not reproduce very high frequencies particularly cleanly. Nonetheless, the overall sound is more than adequate for gaming, but listening to music on the Black Shark Goblin X1 is also a lot of fun. As always, it is dependent on your specific needs.

I think the highs and mids are well-balanced, and you can hear the background sounds clearly, like birds chirping or water moving. Voices and singing sound good, and so do the different instruments. One should not, of course, expect a crystal-clear answer here. For the price, however, it does a good job.

The bass is not very loud or deep, and it also lacks a little punch. But this can be different depending on what kind of music is being played.

If you look around on Amazon, you can find a variety of headsets for less than $30. Many headsets in this price range sound as good as the Black Shark Goblin X1, but only a few have an equally good headset microphone.

A cable tube holds the microphone in front of the mouth. 115mm. In our test object, the element is rigid and doesn’t stay in every position we set it, but gives in to tension. The recording is unaffected.

Permanent cable and microphone. The cable has a controller. Here, a switch controls the microphone. Opposite the button is a volume wheel that works with any system. End of cable has USB-A connector and 3.5mm jack with 3 poles (headset connector). If you don’t like the Goblin X1’s LED lighting, leave the USB port alone. This is only for LED power and not an alternative connection method.

Discord and Skype reproduced your voice clearly and accurately. Noiseless and oversteer-free. The Black Shark Goblin X1’s microphone quality is comparable to the much more expensive Logitech G Pro X.

The Black Shark Goblin X1 has connections for both USB-A and 3.5 mm jack. There is also a splitter that lets separate loudspeakers and a microphone socket connect to the same jack. 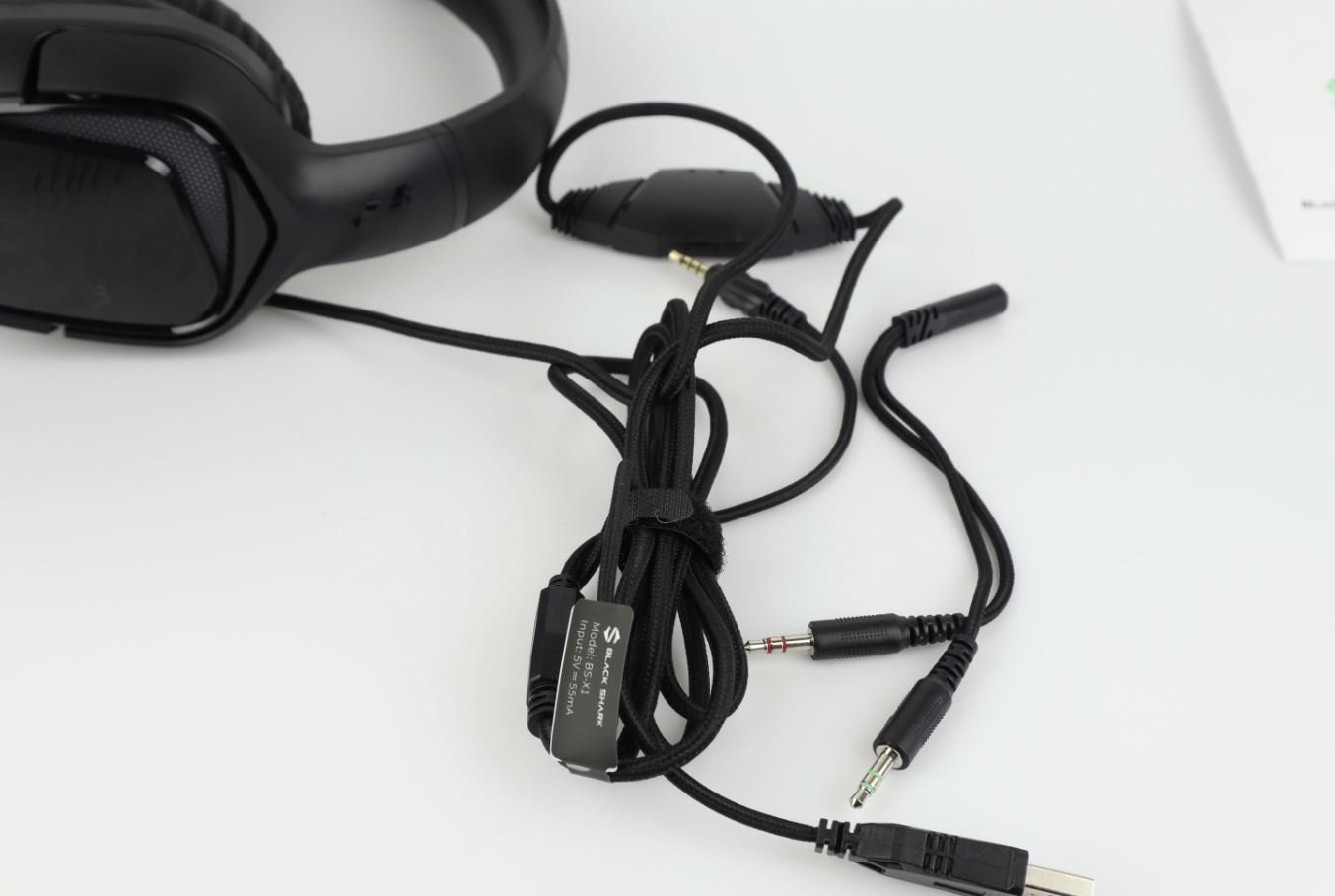 One could now assume that the headset can also be used with USB-A. But this isn’t true because the USB-A connection only powers the RGB LEDs. The Black Shark Goblin X1 only works with the PC through the jack, but it also works with the Xbox, PlayStation 4, PlayStation 5, and Nintendo Switch. 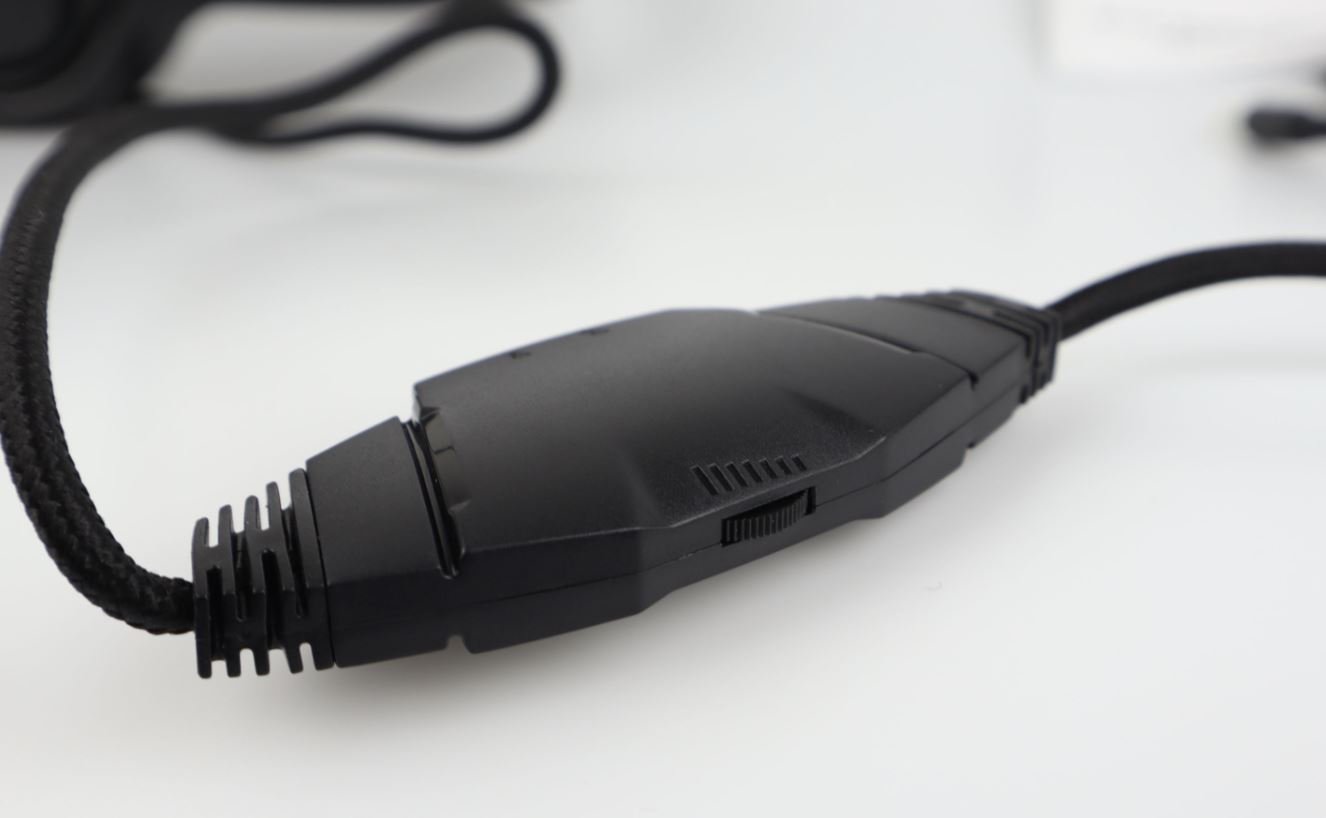 The headset cable incorporates a control element. The slide switch mutes the microphone, and the rotary wheel adjusts the volume. There is no additional software or operating or configuration options. Which is perfectly acceptable for a headset in this price range.

Black Shark is on the right track. With the Black Shark Goblin X1 you have a couple of good, beginner-friendly headsets that deliver a lot for little money. Above all, it can shine with the processing and the wearing comfort.

It will be hard to find a better quality item for less than $30. The quality was about the same as the Logitech G Pro X headset, which you could buy three Black Shark headsets for.

The Black Shark is good as far as comfort goes, but it can’t compete with the expensive one. It can also be used with its 3.5 mm jack cable, so it can be used with many different devices. For the price, it’s great, and if you want, it can light up in different colors.

Material-wise, you can tell that the headset is on the cheaper side. The surface of the plastic is soft and not completely scratch-proof. On the other hand, the processing is excellent. If you want a headset but want to spend as little as possible, I don’t think you can go wrong with this one.