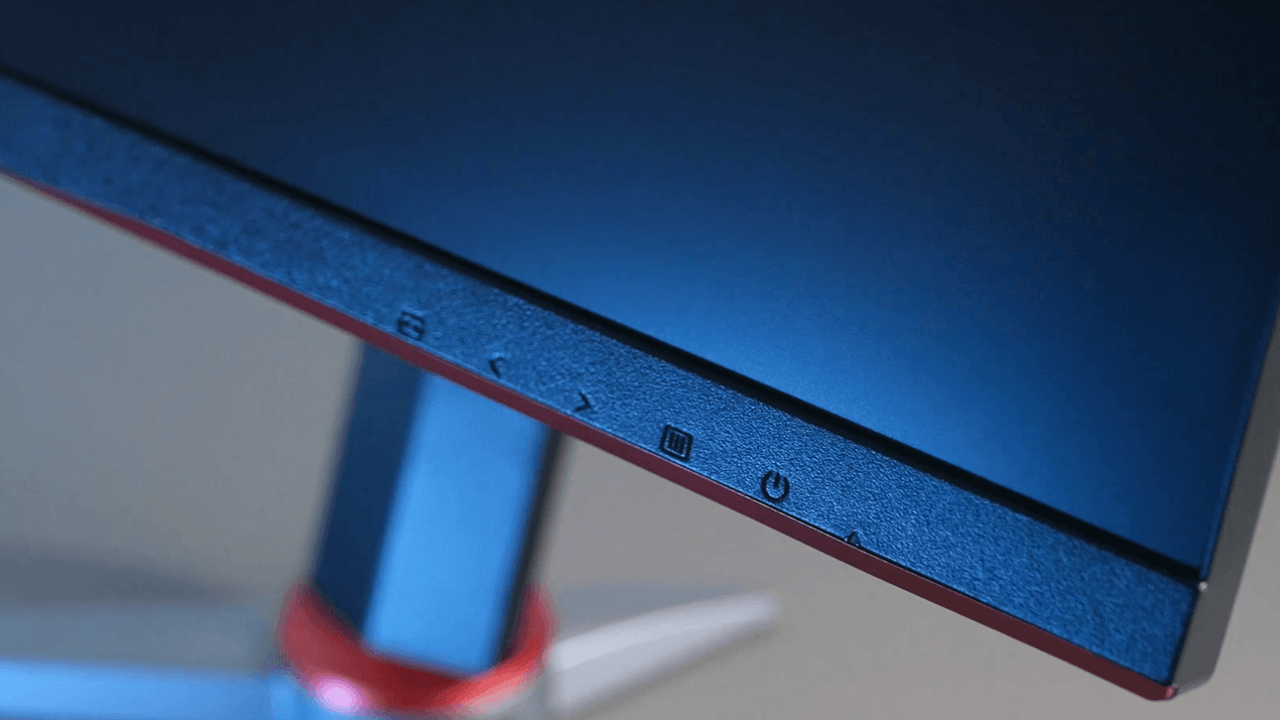 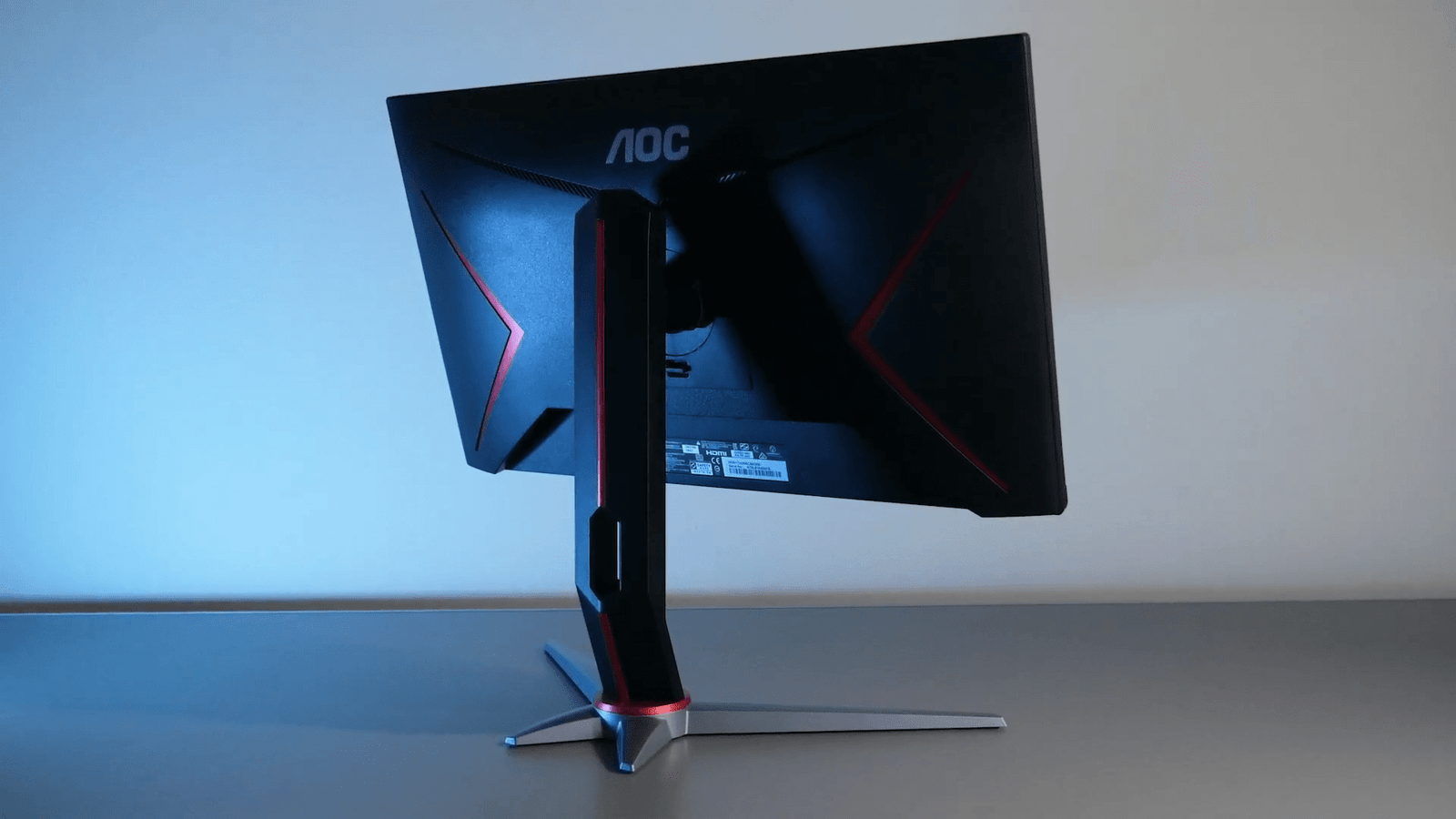 Talking of specs let’s quickly get that out of the way the AOC 24G2 uses a 23.8 inch flat 1080p 144hz IPS display with adaptive sync and low frame rate compensation. We’re gonna touch more on this in a second it’s got a 250 nits peak brightness and eight-bit color depth. It also got visa mounting on the back and it comes with a stand that does everything. You could imagine which quite honestly is not very common at this price point.

In terms of looks, it got you to know that subtle but noticeable gaming vibe with matte black and red color scheme. We’ve seen plenty of times before the eastern base has a relatively large footprint keeping it steady on the desk the stand allows for 60 degrees of swivel around 20 degrees of vertical tilting and a 180 up height adjustment. Again with visa mounting support now AOC claims that the 24G2 has a three-sided borderless design. But yeah we wouldn’t call this borderless a more accurate term would be small borders with a fairly small shin. 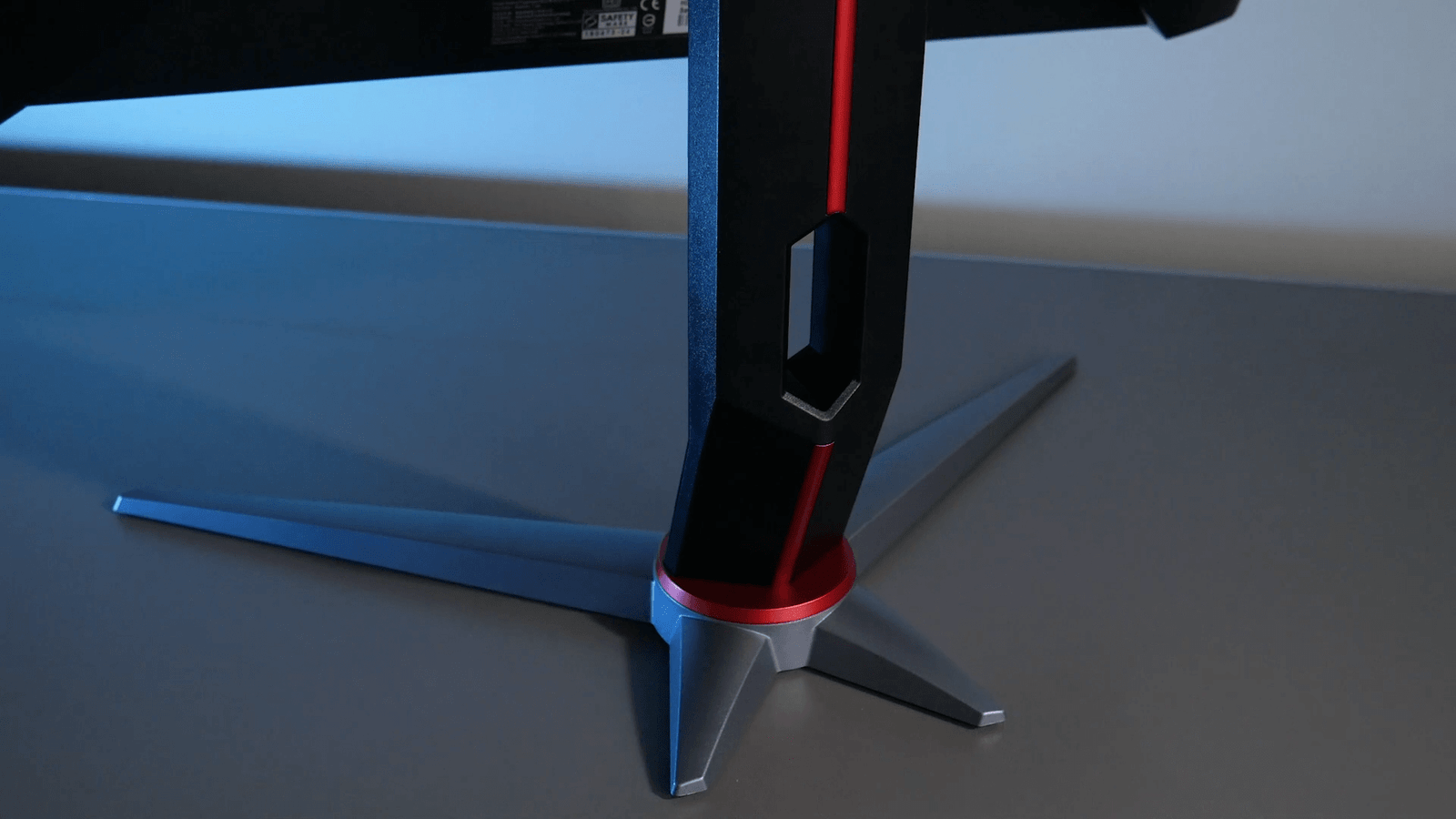 Let’s super quickly talk about display and picture quality, out of the box the colors were a lot better than we were expecting. If you like to picture quality come from a TM panel you’re gonna notice a much better image here overall. And not only do you know colors look a whole lot more alive and vibrant viewing angles are also in another league compared to the old TM panel the panel itself is rated for over 100 per cent SRGB and 86 adobe RGB. Which explains why my games all of a sudden look so much better we are sure you can adjust and make things pop even more if you want to but overall the box colors and images look very good to us.

Moving over to viewing angles those are you know very good too with the minimal color shift from side to side and this is many thanks to the panel type which are known for having good viewing angles and rich colors. But on the shortlist, IPS displays can sometimes fall short when it comes to response time which we’re gonna touch on in a second. But yeah let’s quickly have a look at the OSD now generally got everything you need here however don’t expect to play around too much with the menu because yeah the buttons are a pain to work with. So as soon as you get your favorite profile activated you want to forget about the OSD ever existed and yeah that will avoid you know getting irritated also for this being an IPS display, we are so far very impressed looking at the display in a completely dark environment.

We can see that there is some visible clouding and edge this is quite common. But from what we’ve read and heard 24G2 should be fairly blessed from clouding as far as we are aware but as always guys every panel will be different in terms of severity. So this IPS display comes with adaptive sync and low frame rate compensation this gives us the best of two worlds as it allows you to run games in 144 fps without a monster ever skipping a frame. It also gives you the option to run you know highly demonic games with adaptive synchronization and this results in much smoother image quality without you know possible screen tearing which can honestly be quite distracting.

As your gaming, the adaptive sync implementation works flawlessly with AMD and NVidia GPUs the screen got a 5-millisecond grade to gray average response time and by using its optimal overdrive settings. It’s not much slower than some of the old TM monitors sitting in the same price category and it should be said guys TM panel’s biggest selling argument has always been its low input lag and response time but that being said activating the overdrive for this monitor is necessary.

Now for connections, we find four USB ports with the yellow one being solid for charging. We got two HDMI 1.4 you also find a 1.2 Display port as well as an analog VGA and also, we got the 3.5 audio input as well as a headphone jack. Underneath and insignificantly to the right of the port, there’s a K-Slot. The ‘U’ variant additionally involves 2 x 2W speakers, which will produce basic moreover not especially high-quality sound output.

As you can be observed from the above table that the AOC 24G2 is required 21W(watts) of power consumption on the running mode. Also, it gets an internal power supply which is quite common for new generation gaming monitors.

On the basis of what we observed in this article, we can say that this monitor pulls out pretty good gaming experience. Respecting its cost, you certainly can’t move back with the AOC 24G2. It gives a sleek gaming experience with superb tones and lots of valuable features.