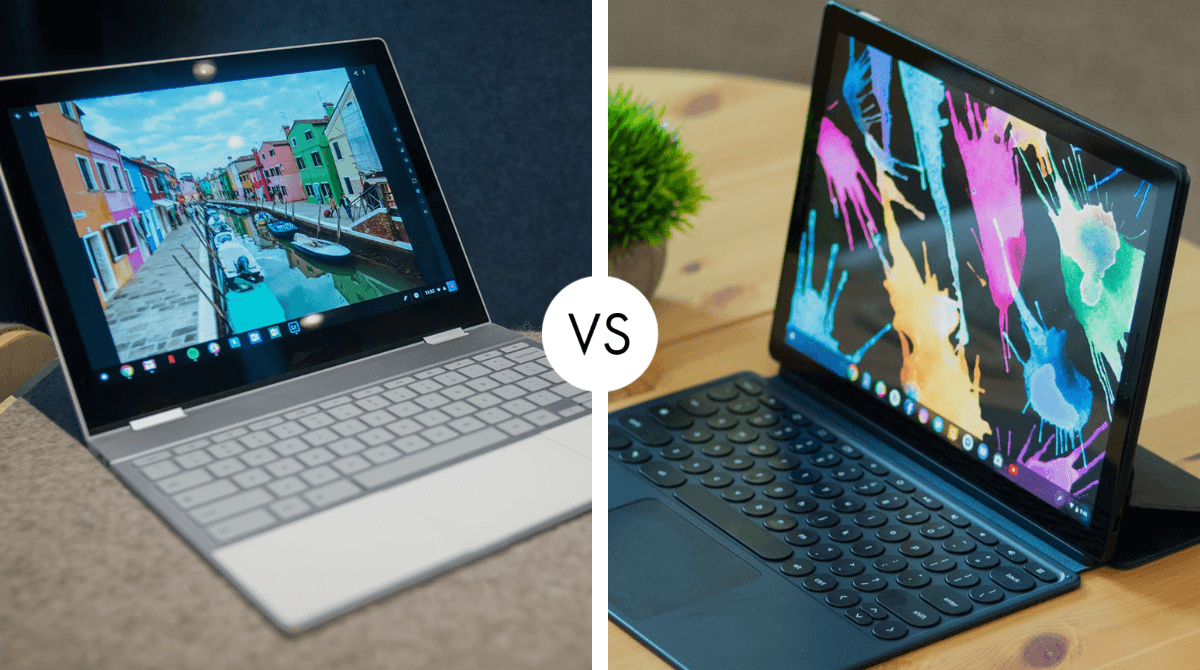 It’s no secret that people like to comparison shop it’s in our nature, we like to look at something that we’re thinking about buying and then look at other things that are close in price or close to feature and decide which of the two is better and then make a purchasing decision. Today we are going to look at two Google Pixelbook vs Google Pixel Slate that has a lot in common. 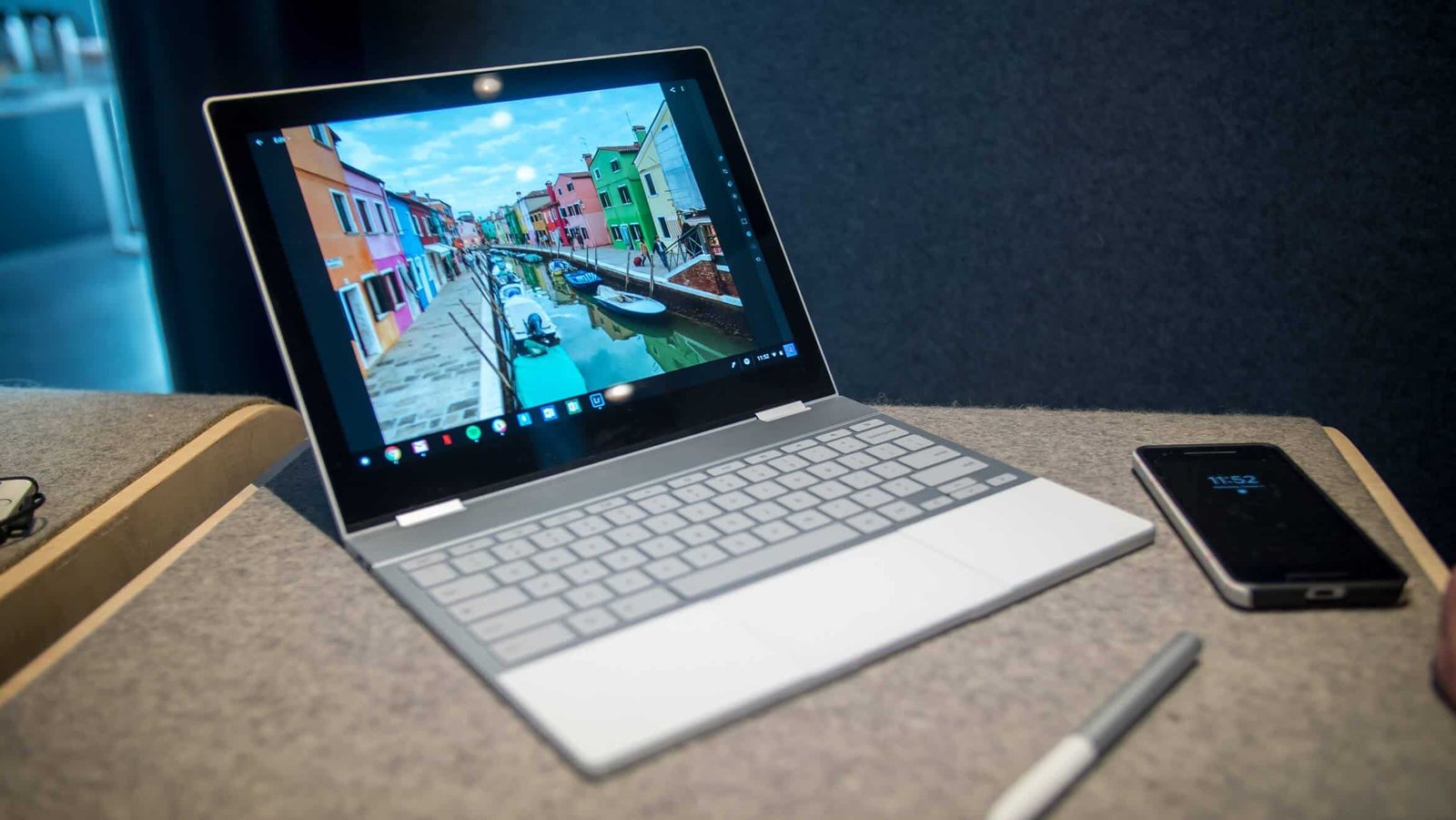 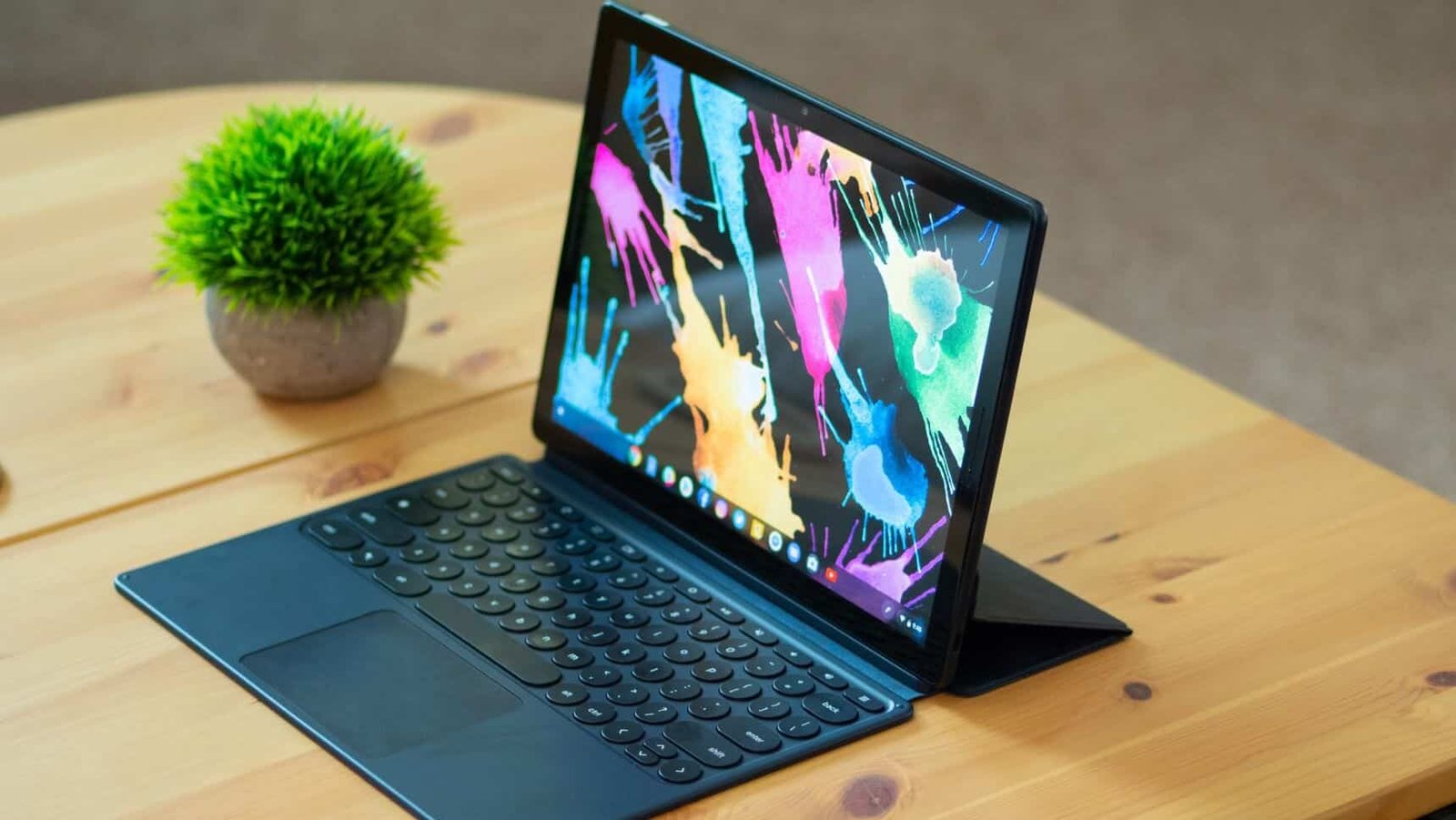 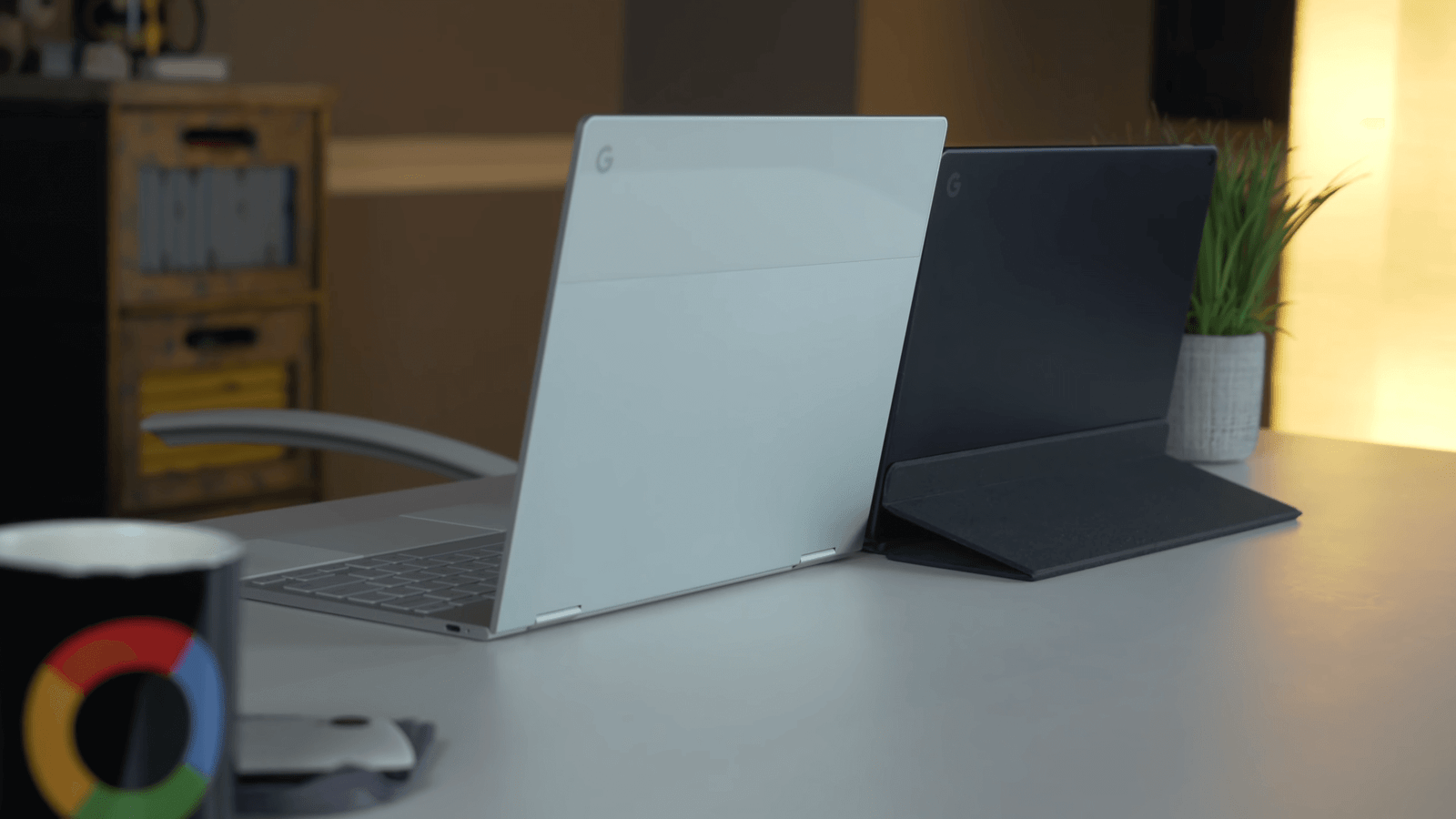 Let’s start with the build quality and we’ll talk about the Pixelbook first, overall you can’t ask for too much more with the pixel book. It is built perfectly, it’s aluminum and glass and it feels great and it’s thin and light, and even a year and a half after it’s been put out there’s nothing else that looks like it. And when it’s sitting on the desk it looks modern and awesome. Performance in general day-to-day it’s going to be about the same between the devices if you’ve bought similar specs. You get core i5 on both devices 8 gigs ram on both you’re not gonna notice a whole lot of difference in performance day to day the internal. Storage is about the same on both of them depending on the configuration you buy.

Pixelbook has a headphone jack and pixel slate doesn’t, so this has become one of those devices that decided to get rid of a headphone jack for no good reason. The speakers on the pixel book sound okay they get by and they kind of come up through the keyboard. They’ll let you hear the audio on the screen that you need to but depending on the environment you might struggle because they are not that loud.

The speakers on the Pixel Slate are phenomenal they’re the best speakers on a light portable device ever heard. No matter what happens these are the speakers you gonna count on when in need. In a disturbing environment just crank up a volume and you’ll be able to hear everything just fine. 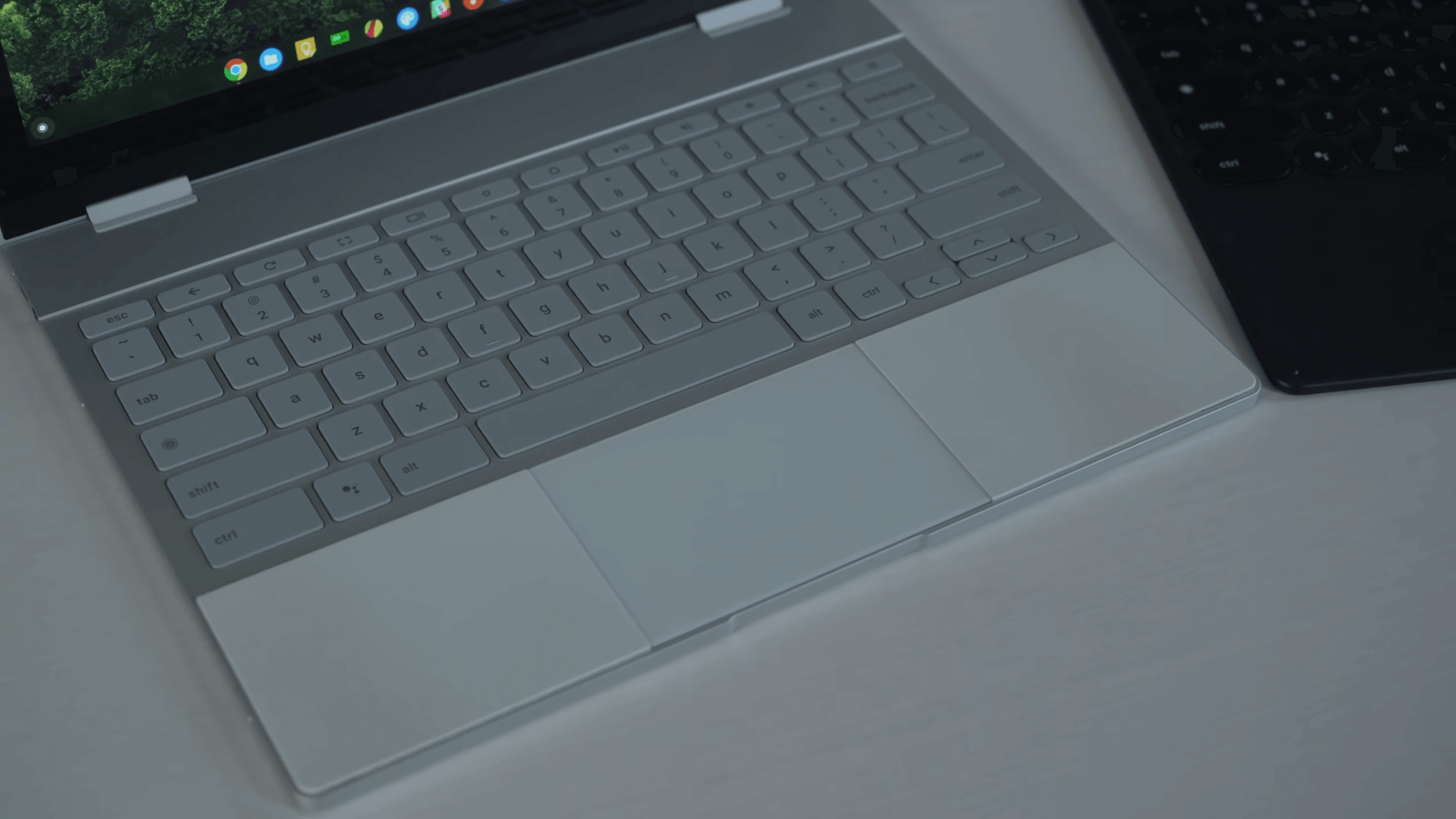 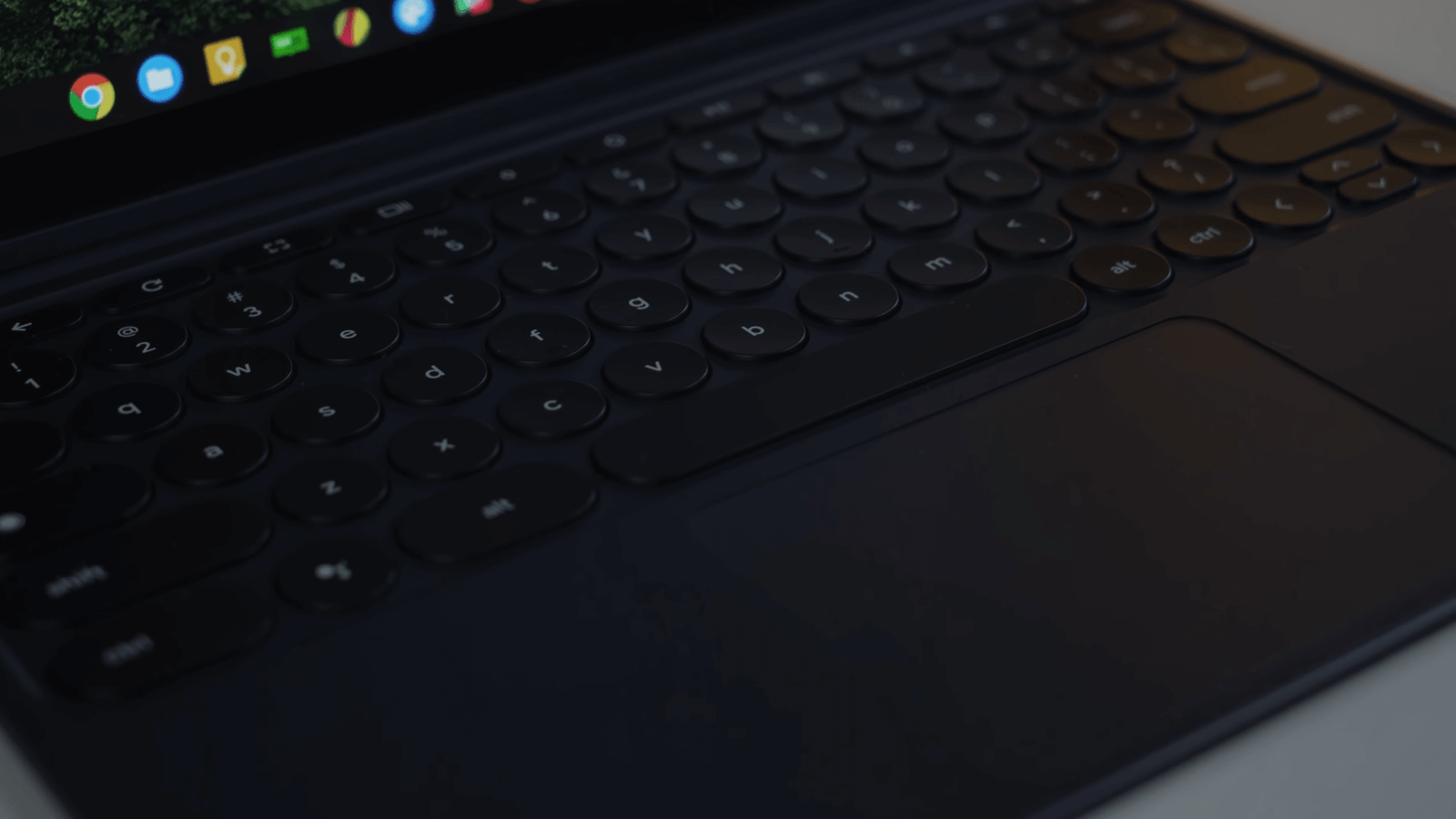 When it comes to using the device on a day to day basis the best overall device for anyone would be the Pixelbook. So if you’re looking for a clamshell device then clearly the Pixelbook is the way to go. And if you’re looking for a tablet first clearly the Pixel Slate is the way to go. But if you are forced to put them against each other now we are forced to choose one to work from for it to be an only device. Then there’s just no question overall the holistic experience of using the Pixelbook is just a better one at this point then the Pixel Slate.