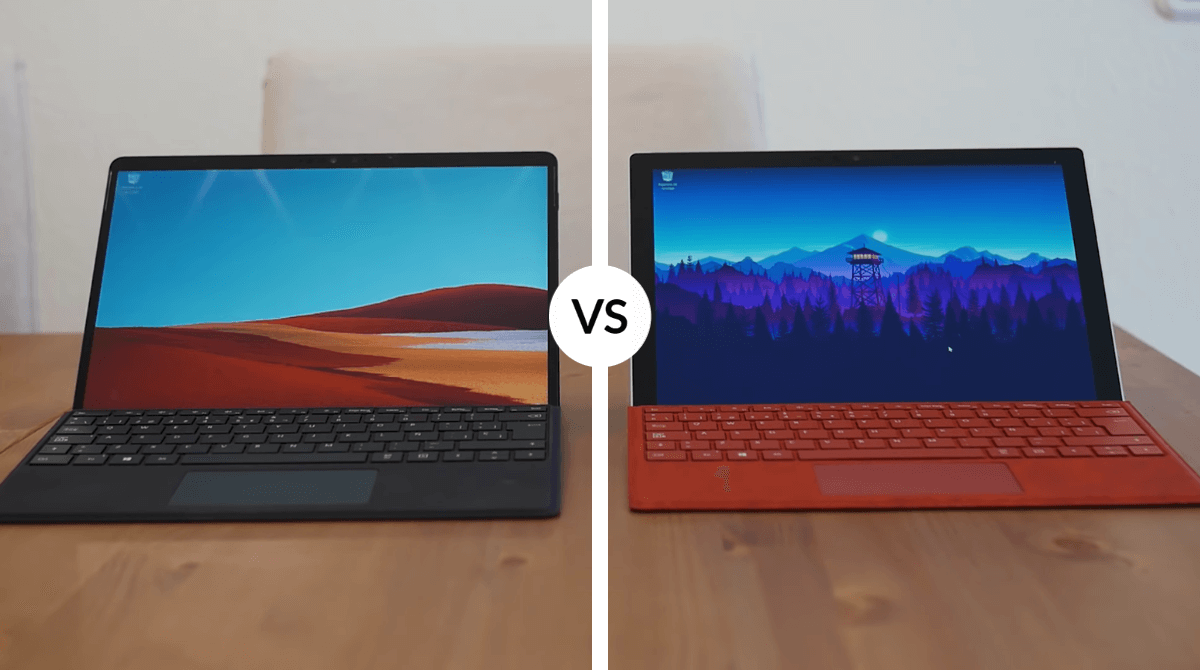 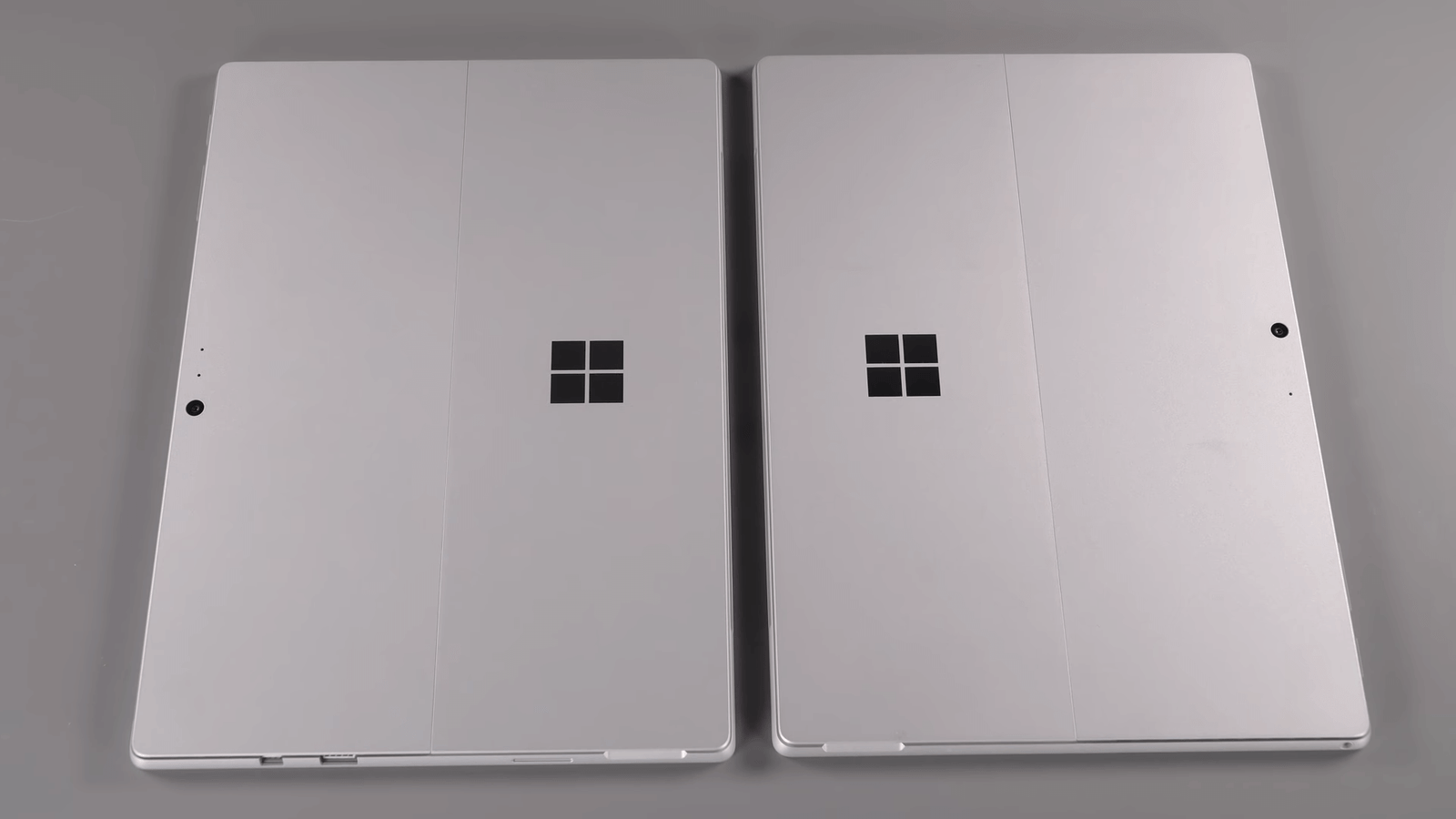 Overall both of the displays are great colors are nice and vibrant and gets plenty bright. We think most people will have no problem with this place at all especially since they’re touchscreen, you can use them in tablet mode there they’re good displays what can you say but for us personally we do like having that bigger screen. So the 13 inches is a winner for us. The design language that Microsoft went with for this device is a lot better than the regular surface pro lineup. We’ve got slightly more rounded edges on the body and the corners of the screen much smaller bezels around the display not to mention a slightly bigger display. With Surface Pro X coming in at 13 inches compared to the Surface Pro 7 12.3 inch display. The Surface Pro X is thinner than the 7 and because of its bigger size it feels lighter but they’re really actually the same weight.

Things kind of fall apart when you start talking about the specs and not necessarily the specs but the software side of things. Now when it comes to the specs on the Surface Pro 7 you get quite a few options in terms of how you want to configure it not so much. On the Surface Pro X, the Surface Pro X actually uses Microsoft’s news sq1 chip which works with AMD on its arm-based system. So that actually leads to a few limitations and these limitations are basically not being able to run some apps to their full potential as well as not being able to run some apps at all. Some developers haven’t made their apps compatible with arm systems. So that can lead to a lot of downloading an app 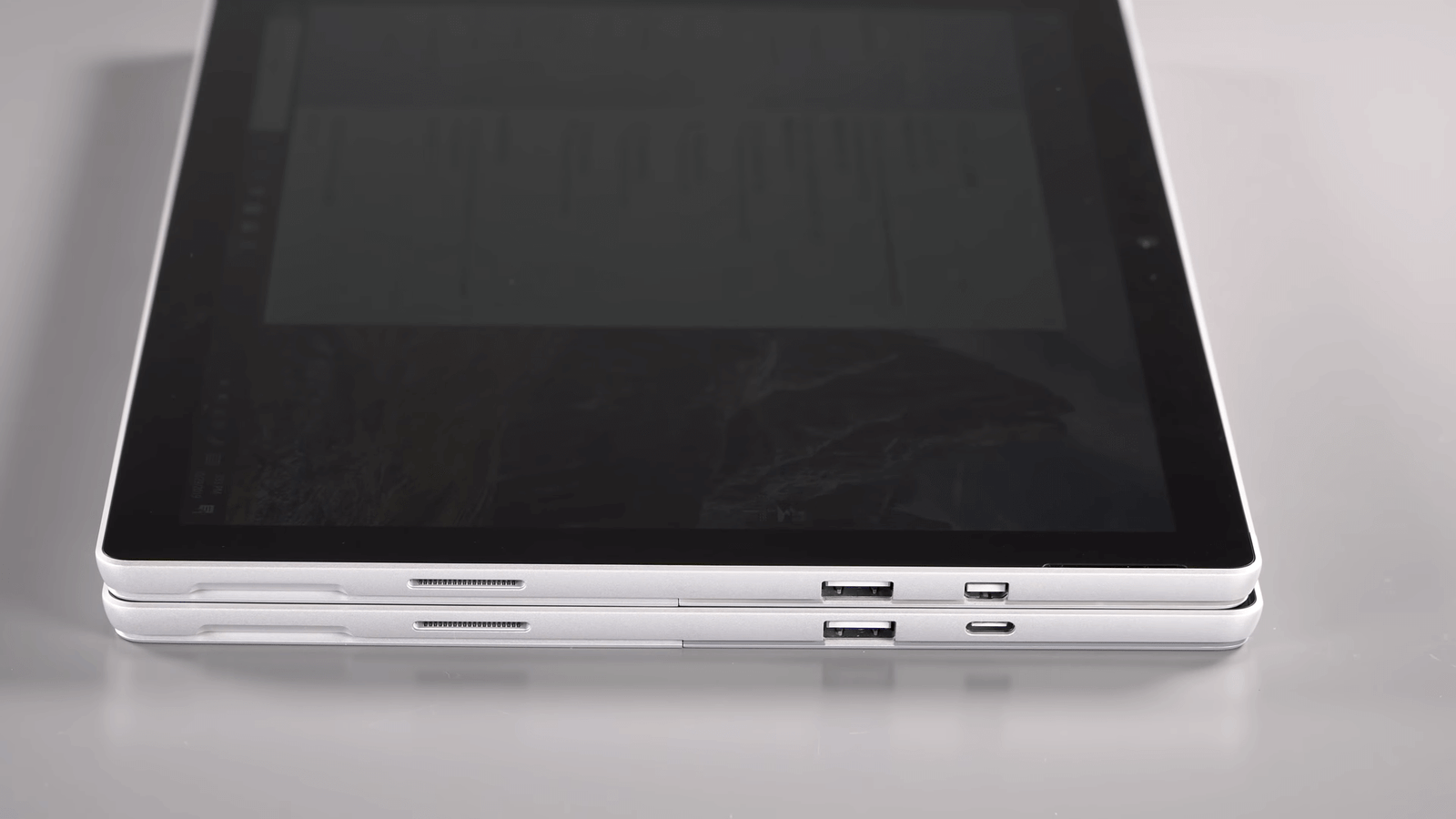 Where we see a big difference is actually in the speaker quality, the speakers on the X sound quite a bit better than the 7. To us, one thing that we really like that these both have are new front-facing cameras and mics those are definitely better and they have windows hello so you can unlock the device just by turning it on and using your face to scan it definitely good additions there.

With the Surface Pro 7 you’re getting full-blown windows you can install pretty much whatever you want on it as long as your machine expects out to support the apps you want and that’s about it. But if you don’t plan on doing anything super intensive with the Pro X you should be fine but you’re not gonna be able to do in this crazy gaming and you’re definitely gonna want to check on your most used and must-have apps to see if they’re compatible.

So basically if you’re someone who lives in your browser and you can benefit from an always-connected pc that might not be much of a compromise. Now when it comes to the overall performance of the pro x it’s been an ok experience smooth for the most part but there were some instances where we didn’t notice a bit of stuttering throwing up multiple tabs on google chrome and trying to watch some youtube videos cause the machine to stutter a little bit for us. Overall surface pro 7 is for every user while surface pro x is for a few.

M1 MacBook Air vs M1 MacBook Pro 13: Which Mac Should You Buy