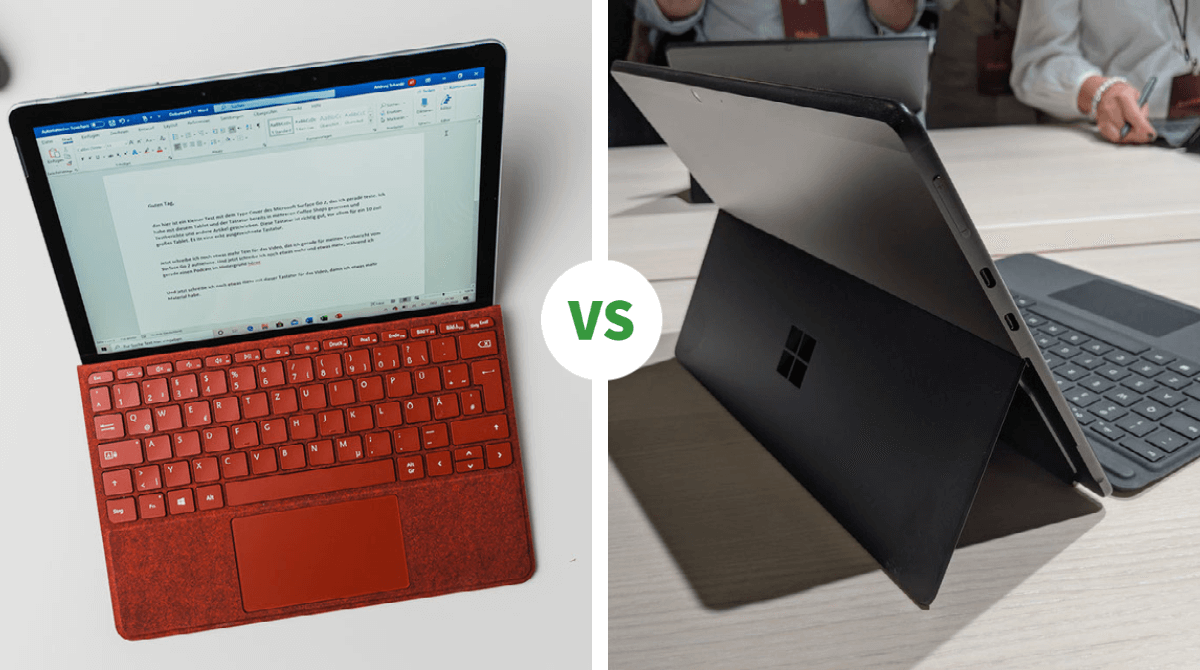 Microsoft has specialized in hybrid tablets, and this Surface Go 2 is no exception to the rule. As its name suggests, this touchscreen tablet is the second version of the Surface Go. The American manufacturer has boosted its digital tablet a little more by providing it with a better processor.

With this entry-level tablet, Microsoft aims to appeal to students. They can thus benefit from a tablet for entertainment and a laptop for their studies. This device’s nomadic side suits them completely—other possible users: those who do not need a compelling computer. We think in particular of families. This versatile tablet is suitable for every member of the family for varied but never demanding use.

The Surface Pro X Microsoft has had the first version below expectations and blamed a lack of compatibility with some software. Since it primarily used Windows tablet for professional use, it was puzzling that Photoshop, for example, was not available.

In 2020, Microsoft was reviewing its copy. The Surface Pro X 2 e generation comes of which replace the previous model.

After a very high-end touchscreen tablet that has left many users disappointed, is Microsoft doing the right thing by bringing a new version of the Surface Pro X so quickly? And what about the Surface Pro 7? 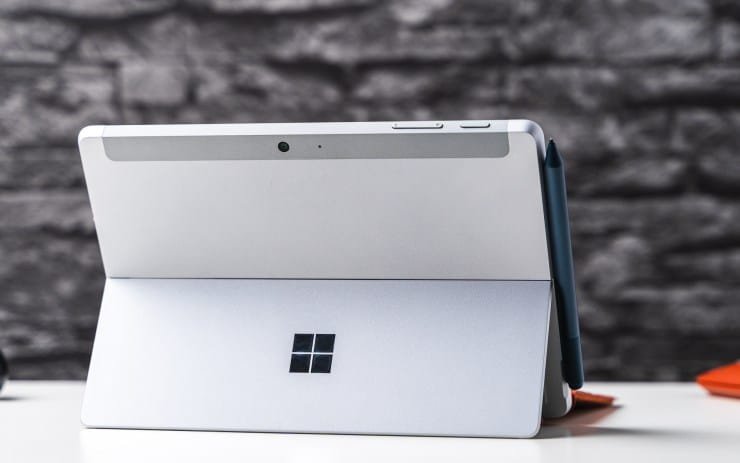 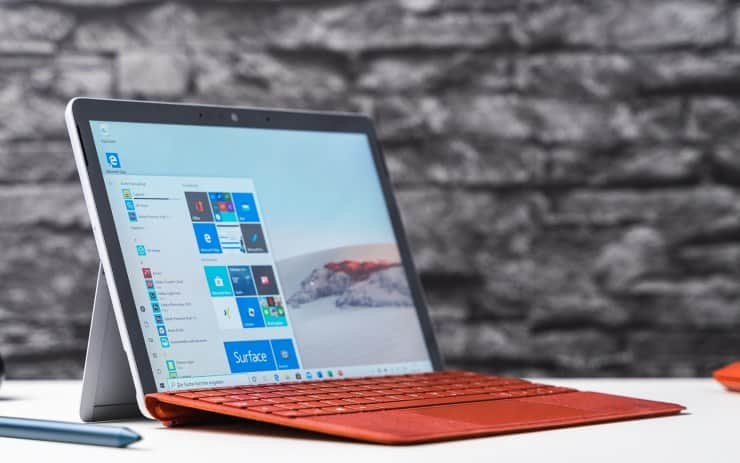 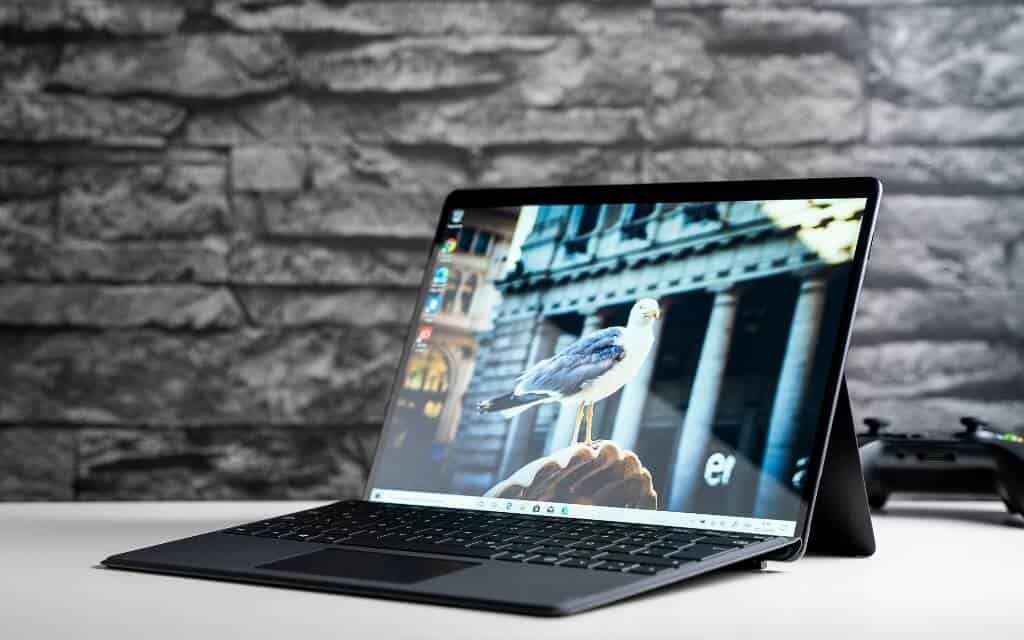 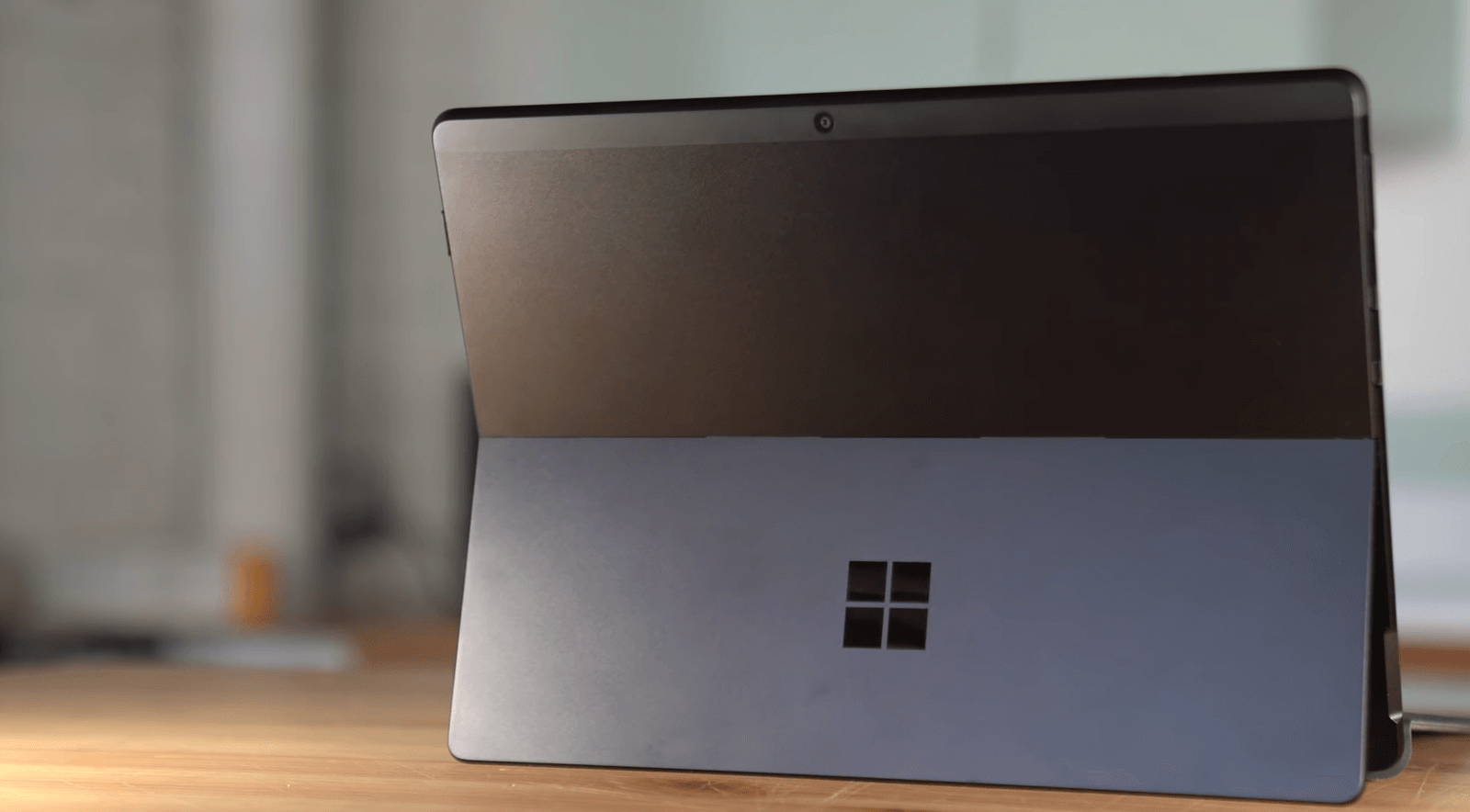 Design And Ergonomics Of The Surface Go 2

Little change on this point compared to the previous version of the Surface Go 2. It must say that the level of finish was already very successful for an entry-level tablet.

The tablet has a magnesium frame and a fairly angular design. So not too many changes compared to the previous version, except for the touch screen. The tablet has a slightly larger format ( 10.5 inches against 10 inches). The borders have been refined, allowing the screen to take up more space.

The screen occupies the tablet at 77% against 70 for the first version of the Surface Go.

Overall, the design of the Surface Go2 is more than satisfactory for the entry-level. Microsoft takes care of its product.

The Ergonomics Of The Tablet

The Microsoft tablet has its usual foot, essential to transform it into a Laptop PC.

There is also the On / Off and volume buttons, a slot for the SIM card for the 4G version, a single USB-C port, the proprietary Surface Connect port for charging and a connector for the keyboard. A MicroSD XC card reader is also part of the game, cleverly hidden under the tablet’s foot. You can also rely on a 3.5mm jack. In short, a fairly basic connection.

The Surface Go 2 benefits from facial recognition since it is Windows Hello compatible.

Design And Ergonomics Of The Surface Pro X

The Surface Pro X stands out for its dimensions. It is the thinnest tablet in Microsoft’s line at 0.73mm thick. Its 13-inch format also makes it one of the largest tablets on the market. We appreciate the occupancy rate of the PixelSense screen and the skinny borders of the digital tablet.

We remember the large borders of the Surface Pro 7 and the screen’s occupancy rate of only 77%. Here, Microsoft has taken special care in the design of its tablet. Even the matte black chassis shows another level of finish.

From a purely aesthetic point of view, this Surface Pro X is a beautiful tablet.

Ergonomics of the Surface Pro X

The Surface Pro X also has its foot installed in the rear frame. On the connectivity side, you can count on two USB-C ports; a Surface Connect charging port, the slot for the SIM, and two USB-C ports.

Here, no slot for a MicroSD card. If you want to change the SSD drive’s capacity, you will have to call a professional!

Facial recognition is the part with the Windows Hello function.

The Surface Go 2 has a 10.5-inch IPS display. It has the same 3: 2 ratio as the Surface Pro 7 and Surface Pro X tablets. On the other hand, the definition of the screen is smaller: 1920 x 1280 pixels. The quality of this screen is always in the game and has almost no flaws. The panel tends to be very bright, but the brightness counterbalances the reflections.

Another advantage of this small Microsoft tablet is the Surface Go screen.

Microsoft’s PixelSense technology is still in the game and still performs well. With its impressive size, here you get a quality IPS panel to be able to multitask. With this screen size, it is easier to manage multiple windows! The reflectance level remains quite high, just like on the Surface Pro 7.

The tablet has an Intel Core M3 processor, coupled with Intel Graphics 615 for the graphics. In terms of RAM, the best model of the Surface Go has 8 GB of RAM.

The processor mentioned above is for the more powerful version of the Surface Go 2. If you are short on budget, you can turn to the more basic Pentium Gold 4425Y processor.

Note that the most powerful version really is since the tablet’s performance has increased by 64% compared to the previous version. But beware, nothing to get too excited about. The Surface Go 2 is far from a racehorse. This is why its use boils down to running low-consumption office software. It is a family tool, not a professional tool on the go!

It is on this point that the V2 of the Surface Pro X is expected. After SQ1, here is SQ2. Always designed in partnership with Qualcomm, this new version of the processor brings more fishing to the tablet. Coupled with 16 GB of RAM, your tablet can now open up new horizons for you. It, therefore, becomes more pleasant to work with her.

Note that if your budget is limited, the Surface Pro X is still available with the SQ1. However, you drop in the level of performance.

This is the great novelty of the Surface Pro X 2020. No more software incompatible with the 32-bit interface of the old version, now this small laptop supports 64-bit.
Does this development completely change the game?

For the rest, everything works: navigation remains fluid, 4G connectivity allows you to work without a WiFi network, Netflix always offers its catalogue… For a vast majority of users, no problem has been encountered. For more specific use, for creatives, for photo editing, video editing, check compatibility. The Microsoft tablet is expensive enough that to realize afterwards that it does not meet your needs!

The speakers have a good idea of ​​being placed at the top, on the frontage. No risk of muffled noise! These speakers’ sound should make enthusiasts tick, but let’s be indulgent; we are on Microsoft’s entry-level!

The Surface Go 2 is not entitled to its Signature keyboard, but it still has a Surface Type Cover in Alcantara. As usual, and as with the stylus, accessories are sold separately or in packs.

In both cases, their purchase significantly increases the final bill. Too bad, then, when you know that the Surface Go, like all other Surface, only expresses its full potential with a keyboard.

The Surface Pro X has two speakers. However, no jack is present. It would help if you, therefore, remembered to equip yourself with a Bluetooth headset. The sound experience is similar to the Surface Pro 7.

Once again, this is the Signature keyboard that we find on this Surface Pro X. The same as on the Surface Pro 7. If we have already told you about it, remember that we appreciate the comfort of typing provided by the Alcantara’s sweetness.

With its trackpad, this keyboard turns the tablet into a real laptop PC.

The convenience only downside is that these accessories are always sold separately. Count around 350 USD for the Signature keyboard and Stylus pack, a cost to add to the tablet’s price.

For this small tablet model, the Surface Go 2 has good battery life. You can count on continuous use between 6 and 8 hours. Good news for those who would like to opt for the 4G version and take their work or entertainment tool with them everywhere.

Microsoft announces 15 hours in a normal battery. Allow about ten hours to be closer to reality, but again, it all depends on your tablet use.

The Surface Go 2 has the essential elements to attract an audience. Performance, design, ergonomics, nothing is left to chance by Microsoft. It can follow you everywhere, in a fairly simple use: word processing, spreadsheet, web browsing, etc. A laptop with low performance, but suitable for many of you.

The Surface Pro X is a tablet ahead of its time. Its potential is halved because of this famous ARM processor, which remains the solution of the future. Everything is developing (software, applications, etc.) to be compatible with this architecture. In one or two versions, the Surface Pro X should announce itself as a high-performance tablet or even be among the best tablets of the moment.