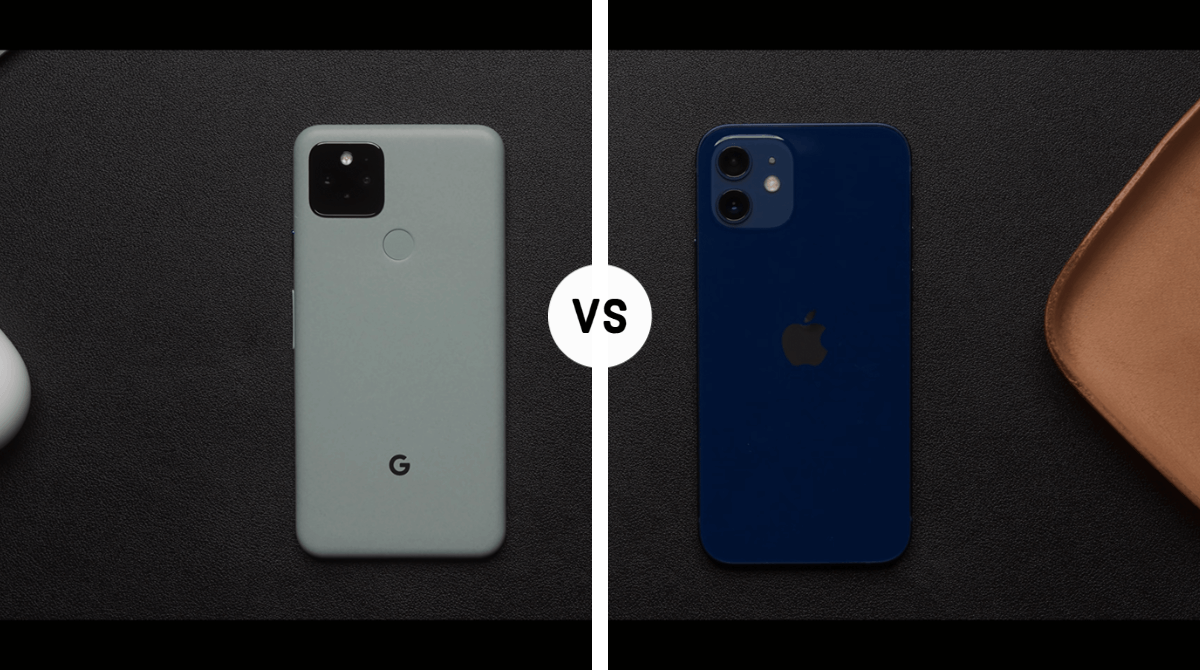 Hey, everyone, you’re at Top2Gadget and we are back with another interesting comparison for you guys. Here today we are doing an epic comparison of no doubt two of the most popular devices of 2020 the much anticipated iPhone 12 and the newly designed Google Pixel 5.

The iPhone 12 uses Apple’s new industrial design with that beautifully machined flat frame and like all Apple devices, the build quality here is topped. Here the glass seamlessly melts into the metal frame there’s no gap whatsoever and really without exaggeration this is one of the most premium-feeling phones in the hand and despite it being a fingerprint magnet there’s no question that the iPhone 12 is stunning. It’s also really comfortable to use with the smaller form factor which is a welcome change of pace from phones inching towards tablet territory.

Now the Google also won a similar direction with the dimensions on the Pixel 5 making it much more accommodating for one-handed use and solidifying it as one of the most comfortable pixels ever made. It’s much less cumbersome to hold and operate and it’s clear that Google is doubling down on its utility first approach with the Pixel lineup. This is most aptly illustrated with the phone’s build material.

Both Apple and Google equipped their phones with edge-to-edge displays and both are pretty fantastic. They’re both OLED panels with roughly the same dimensions and comparable resolutions and viewing content on either phone is a really pleasing experience. Everything comes off sharp colors are bright and vibrant, you get great contrast with those dark inky blacks, and both have a perfect screen to body ratios.

Now the Pixel 5 inches a bit ahead of the iPhone 12 here primarily for two reasons, number one because it only has a single hole punch cut out for the front-facing camera the display is more immersive and notch-free making for less interrupted content consumption. More importantly, the display has a 90-hertz variable refresh rate which does help provide a smoother silkier user experience. When navigating around the phone now iPhones have always been well optimized and their standard 60hz refresh rate is still very smooth and never posed any issues.

The most notable difference between these two phones is gonna be their processors. One of the most controversial decisions Google made with the pixel 5 was to equip it with the snapdragon 765g processor a strong but clear mid-tier processor. When compared to snapdragon’s 800 series and honestly, many of you’ve yet to experience any significant performance issues during your day-to-day use.

There’s no noticeable lags or hiccups even when doing some spec intensive gaming, the only area so far where you see performance stutters are with the camera. It takes a good few seconds for photos to process after the shutter is hit as the pixel 5 does not have a dedicated processor for image processing anymore it’ll probably be a non-issue for most but it is representative of perhaps some of the limitations around the 765g Apple. On the other hand, has packed the iPhone 12 with their newest a14 bionic processor quite possibly the most powerful chip available in today’s consumer smartphone market and as you’d expect the performance on this phone is pretty incredible.

Now iOS has been so well optimized for so long now you’re gonna continue to get that smooth UI experience that we’ve all come to love and expect and of course things like gaming on this phone as a piece of cake even for extended sessions and you would say the biggest flexing of the a14 bionics muscles is in its ability to handle the iPhone’s intense features.

The quality of the pictures coming out of both the front and back camera are fantastic selfies are sharp with bright accurate colors. Apple continues to do the best with skin tones and they don’t overdo it with portrait mode artificial enhancements. Now the Pixel 5 is no slouch either in the camera department and the selfies coming out of this phone are also exemplary. They have a cooler temperature great contrast and a real eye-pleasing color profile. When compared head to head you do tend to prefer the selfies coming out of the iPhone just a tad more they’re more natural and not as artificially enhanced and you like Apple’s colors here just a little bit better but it really comes down to preference both of these phones put out some of the best selfies on any camera right now however when it comes to front-facing video the iPhone 12 comes out way ahead everything from the colors to the dynamic range is way better when compared to the pixel 5 and being able to shoot 4k video in 24 30 or 60 frames per second allows for more versatility.

If you do a lot of front-facing video in your day to day now when it comes to the cameras on the rear again both do an outstanding job the iPhone and the pixel have been battling it out to determine which is the best phone for photos for a couple of years now and they’re still neck and neck. The pixel 5 to me does a little bit better with dynamic range and it balances out the shadows a bit more than the iPhone 12.

Start while the pixel 5 uses the older fingerprint sensor on the back of the phone as its biometric security measure the iPhone 12 uses its in-house face id system. There are pros and cons for both for the Pixel it’s an older technology but because the sensor is on the back you get a better screen to body ratio. On the display face id, on the other hand, is way more advanced and in my opinion a more convenient security measure. But you do pay for it with that notch at the top of the display when it comes to base storage the pixel 5 comes standard with 128 gigabytes whereas the iPhone 12 base model comes in with a 64 gigabytes.

When it comes to speakers however they’ll both provide stereo sound the pixel 5 has an embedded speaker within the display that’s kind of crappy especially when compared to the loud balance sound coming out of the iPhone 12.

Both phones can take advantage of wireless charging and when it comes to battery life both phones do pretty well you could easily get around 7 hours of screen on time. The Pixel 5 gets a 4,080 mAh cell is already bigger than both. It will easily return you a 25:54h of call time, 12:41h of web browsing, and 18:15h of video playback, which is quite impressive. Whereas on the other hand the iPhone 12 gets a 2,815mAh battery which is fairly smaller than the Google Pixel 5’s battery. Which will return you a approximately 20 hours on calls and 13 hours on web browsing or video playback.

Both of these devices get a dual sim card slot and get the support of the dual 4G which is very useful. Talking about Bluetooth connectivity both devices work with Bluetooth 5.0 which gives them a very stable Bluetooth connectivity range of 10m. Also, both phones are equipped with lots of sensors which helps to do day to day tasks easily.

Both devices have very good features, camera quality, good performance, and have very good design and look. But ultimately, the choice between the two should get you to brand loyalty or ecosystem choices. The difficulty for Google is, the reliability factor is considerably more cubbyhole for the costumers. Only because you favor Android doesn’t signify you have a desire for the Pixel, as there remain such several great or better value phones of Samsung, OnePlus, and more. Costumers that purchase Pixels want to go beyond their approach to support Google or the Pixel brand, whereas the iPhone is the default general option for anyone that isn’t especially fixed towards the Android.

Check Price on Amazon
Related Topics:SMARTPHONES
Up Next 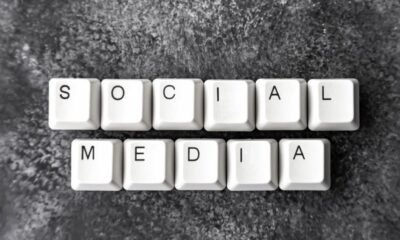