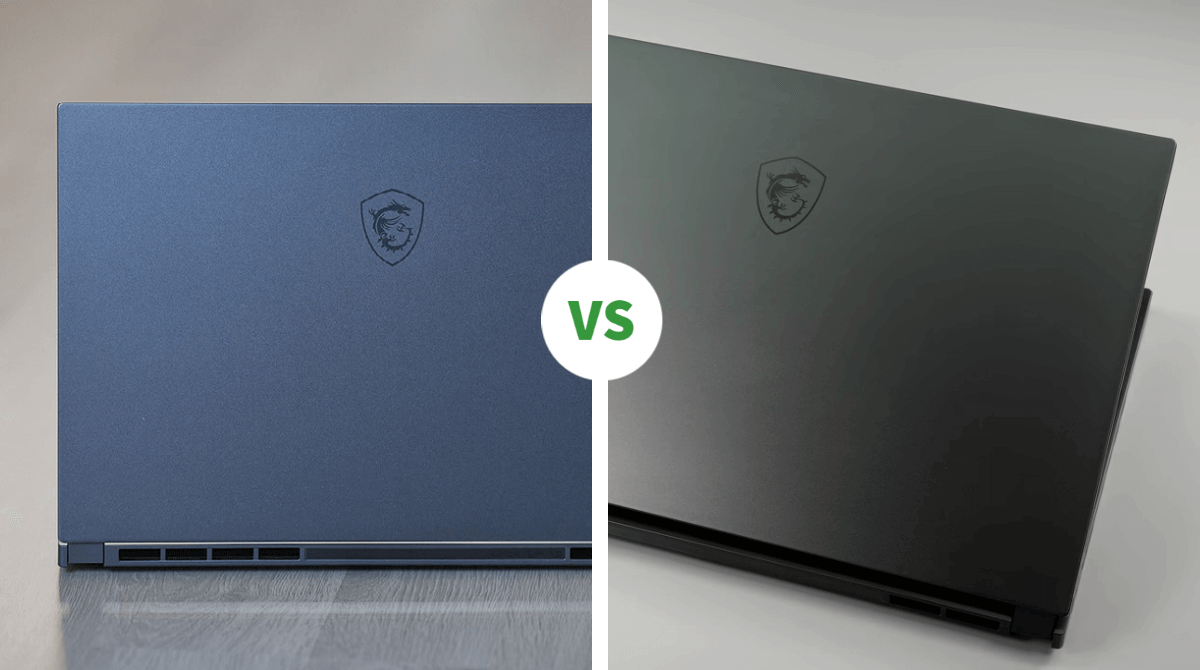 The MSI Creator 15 A10U seems ready to appeal to a large audience, gamers looking for a gaming laptop PC with a stylish look. Discreet for content creators who need significant computing power to make 3D or edit videos in Première Pro. At least on paper, because in practice, the MSI Creator left us with a much more mixed feeling.

With its Creator range, MSI is aimed at people who need a (very) powerful laptop computer but who, for various reasons, do not want to display with a gaming laptop. No fear to have with this Creator 15, whose look could hardly be soberer. Even the MSI logo is very discreet, barely visible against the light. MSI still manages to bring a touch of originality with a dark gray color but which, depending on the lighting, will appear with green/blue reflections. 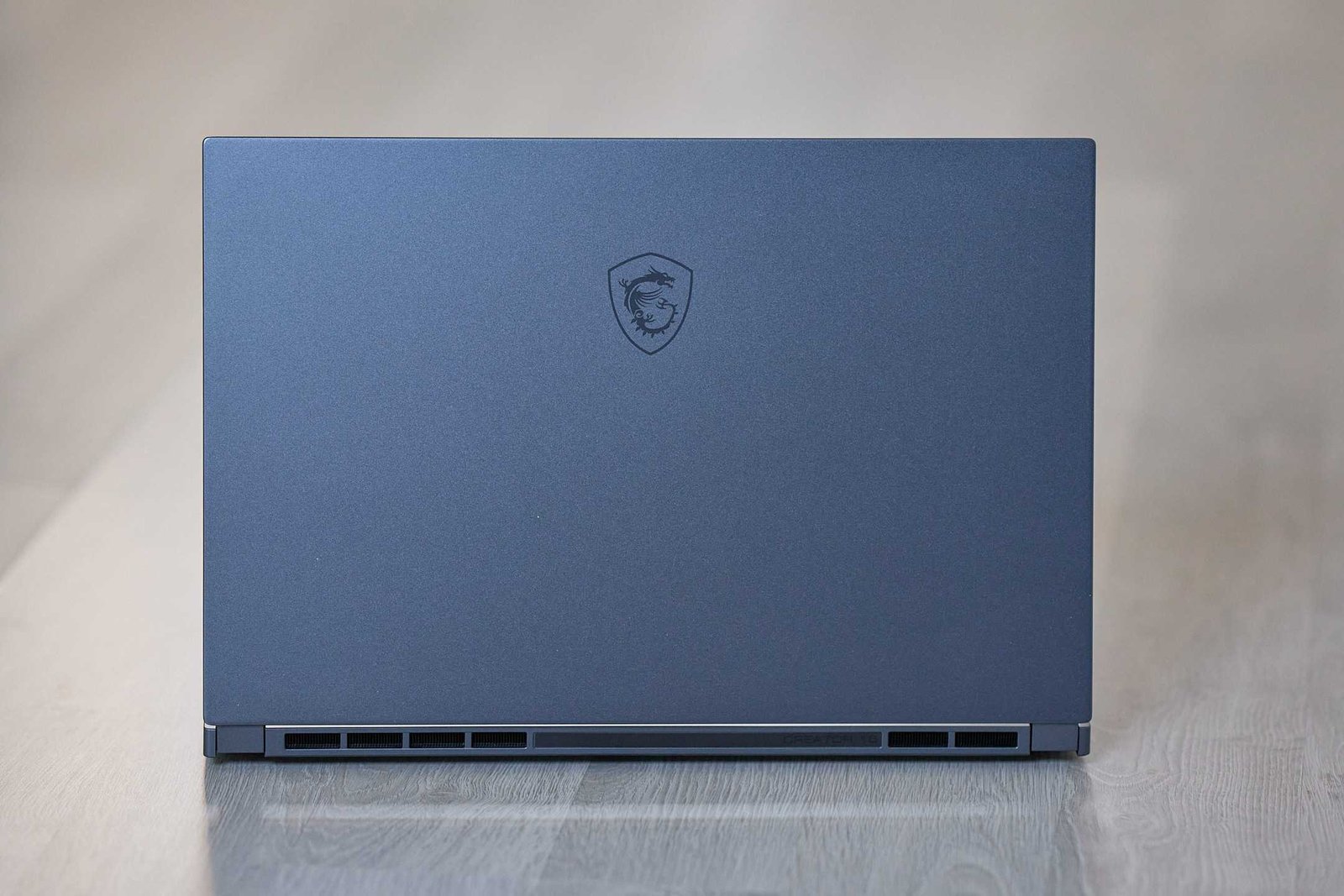 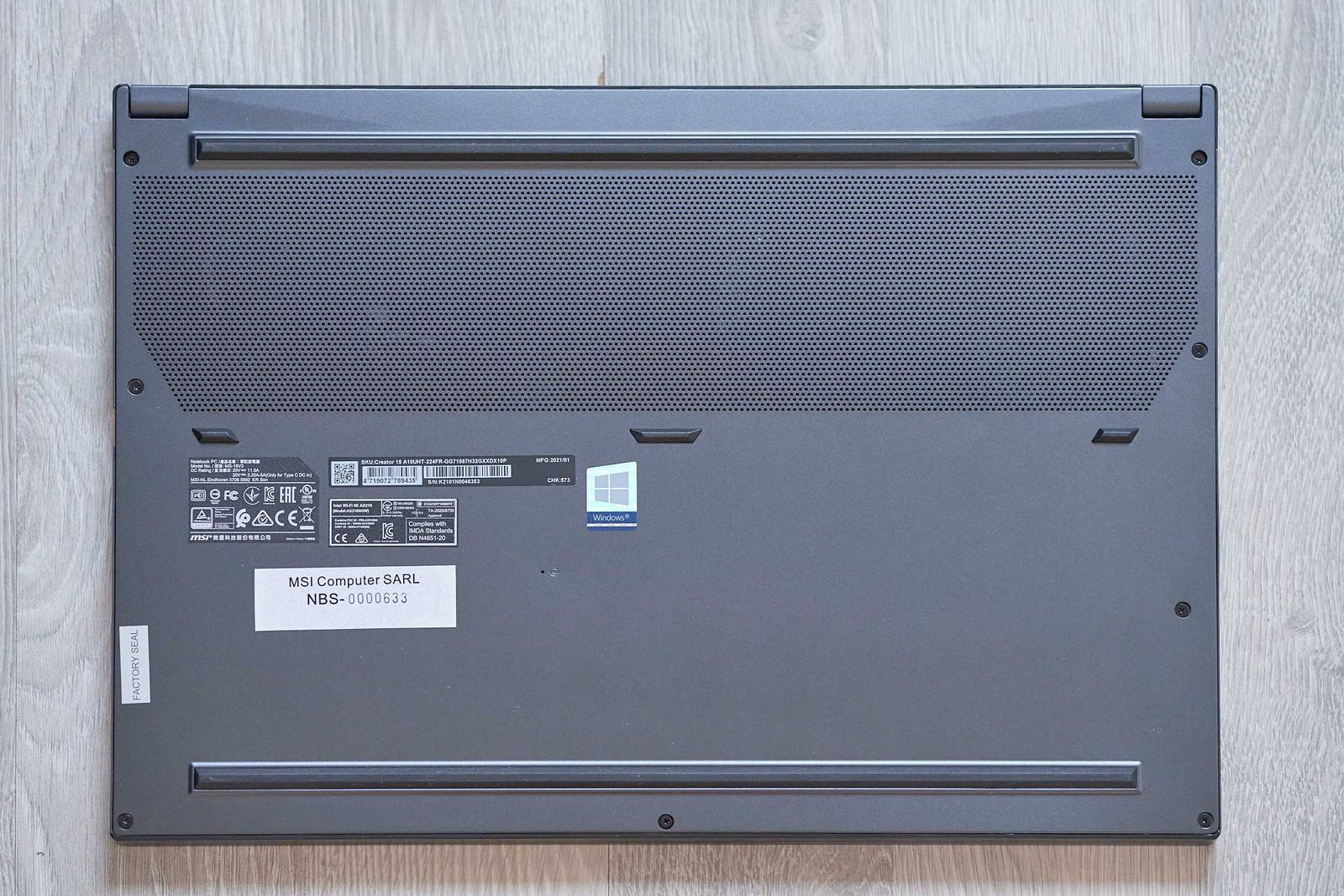 Nothing to report in terms of design and finish. The aluminum frame makes a good impression and seems robust. As a bonus, it offers full connectivity (including partial charging via USB-C). However, the ports are placed on the front, which is not always practical—the fault of the various ventilation grilles. 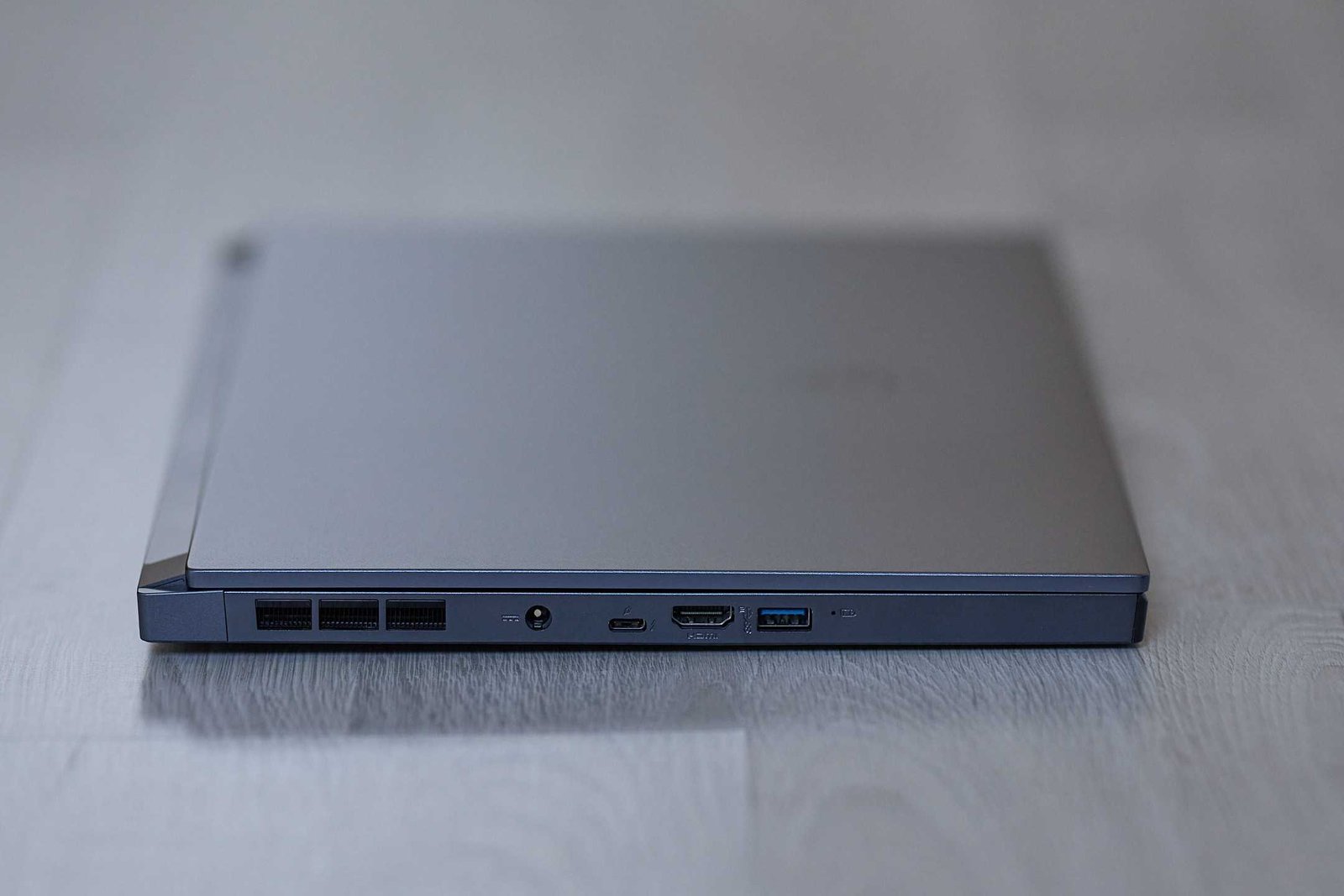 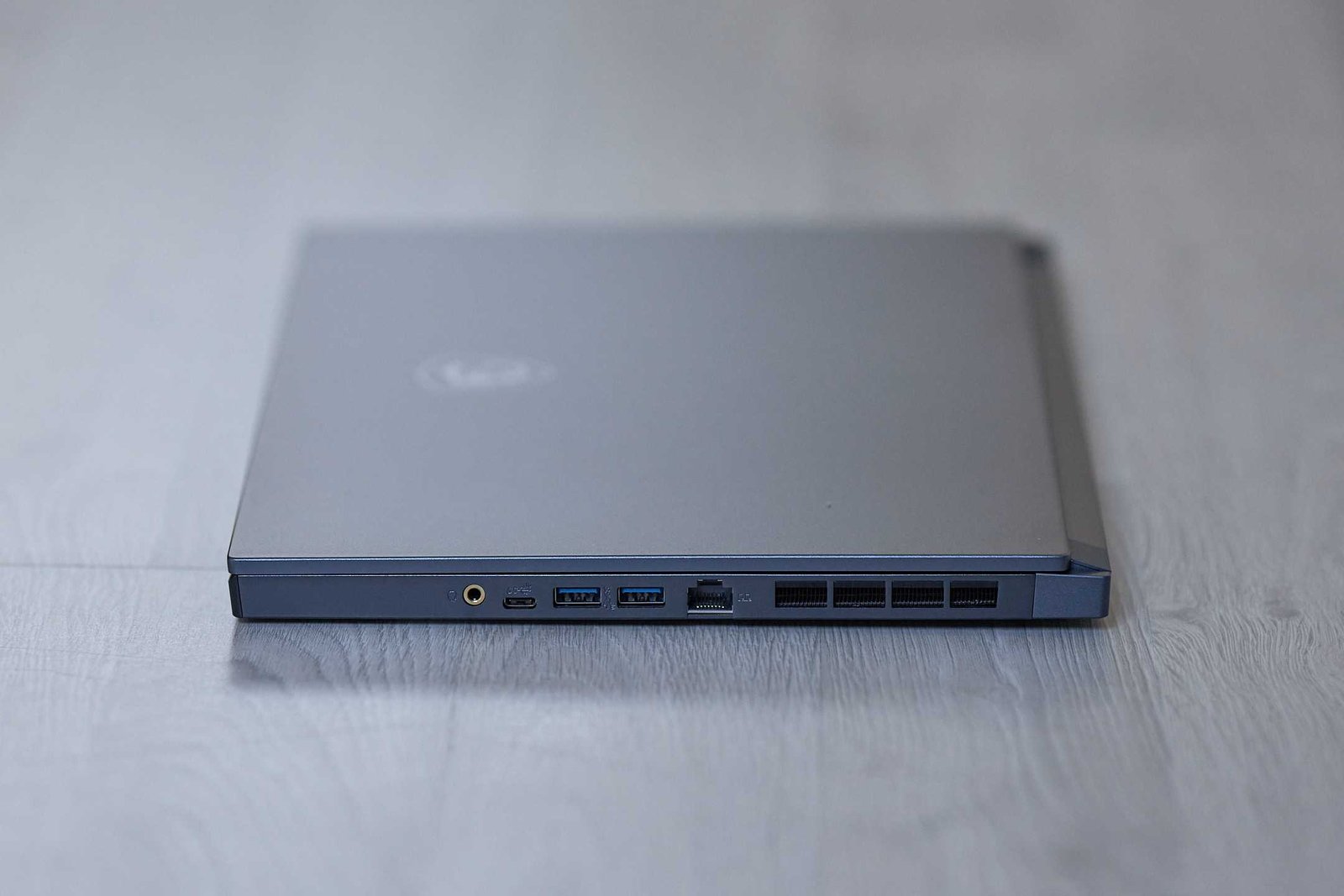 Access to the components is possible after removing the underside of the chassis (however, we recommend that you purchase a special kit to have enough leverage and unclip without causing damage). RAM and SSD (two slots available) can be upgraded if necessary. 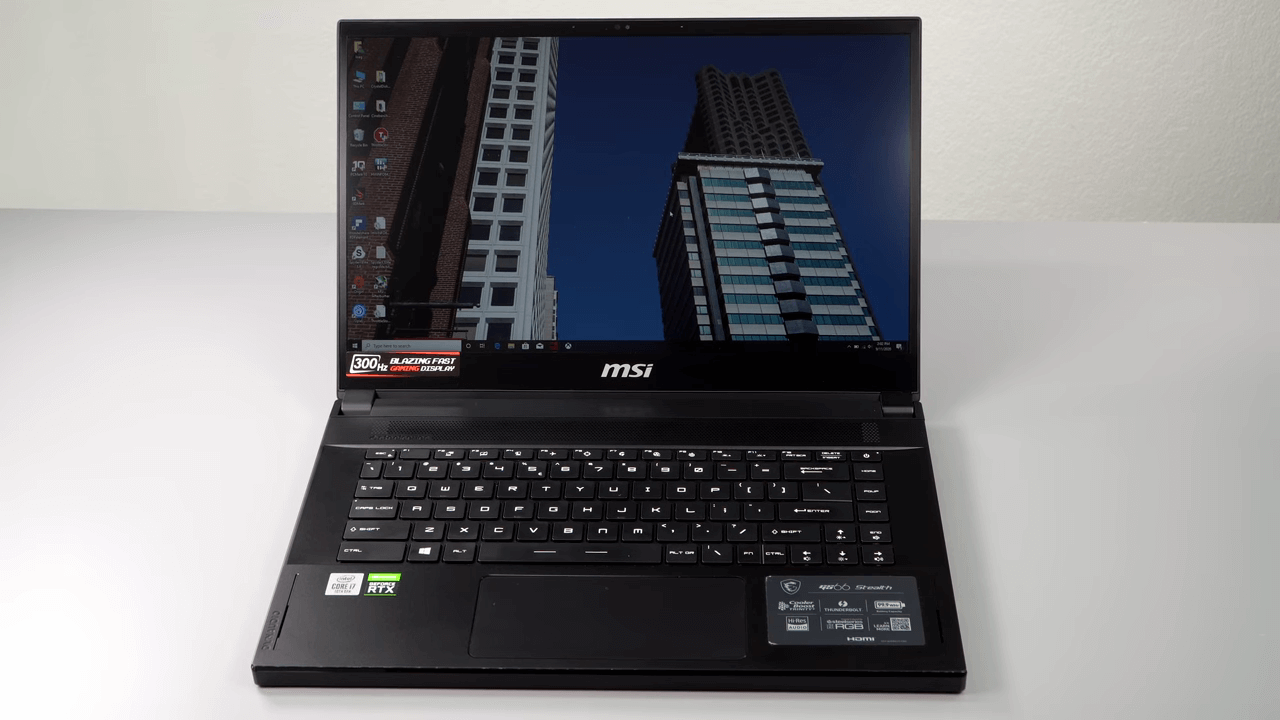 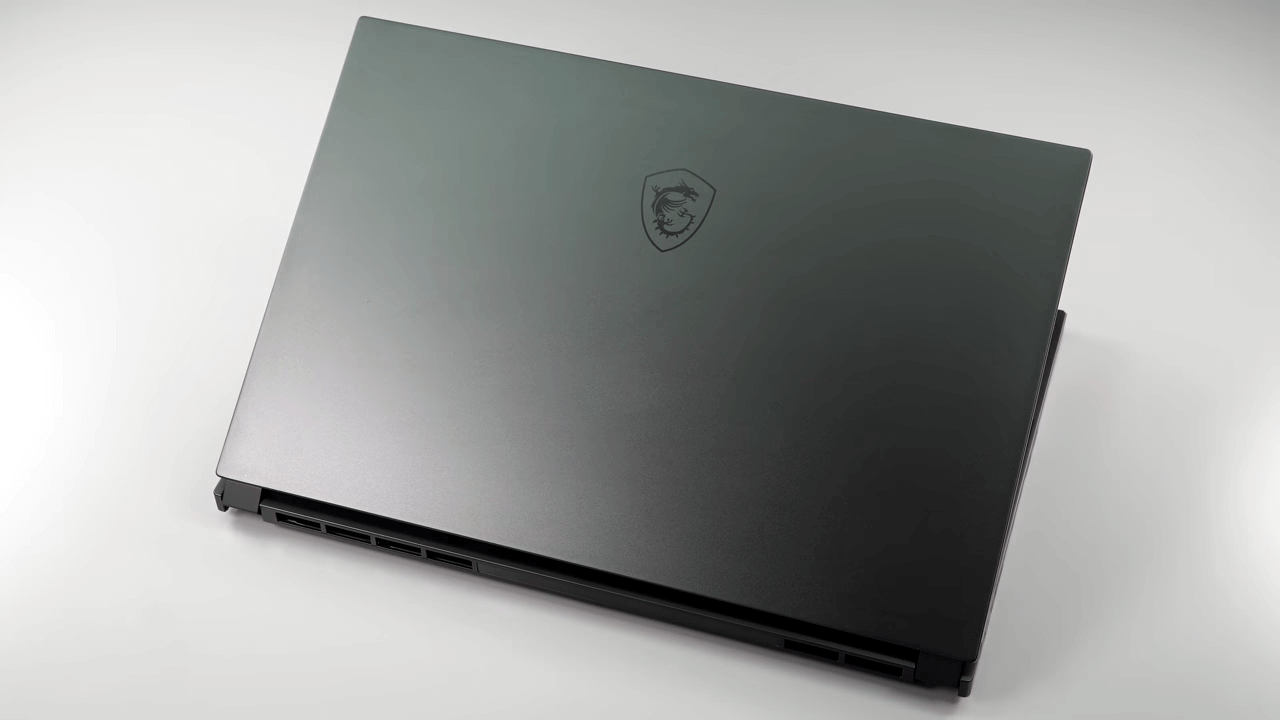 This computer is designed to play and create a fast SSD storage with a comfortable capacity of 1 TB which reinforces its responsiveness and a backlit chiclet (however without a numeric keypad), an infrared webcam for facial recognition but also ” a Wi-Fi ax and USB-C Thunderbolt 3 connection.

MSI has chosen to make it tactile. Therefore, we must deal with a shiny surface, which will not be to everyone’s taste but to use a laptop with a touchscreen daily for several months, we have to admit that it is a little more appreciable daily. Touching the screen is sometimes faster or more intuitive than looking for a mouse or scrolling on the touchpad. Another advantage is that it gives a more pleasing finish to the eye at the edges (particularly the lower one where “MSI” is written).

The quality of the webcam, still in 720P, and whose images lack detail and quickly present a marked noise. This is unfortunately still the lot of the majority of laptops in 2021. On the other hand, the presence of infrared sensors makes it compatible with Windows Hello. A quicker essential for everyday use.

Also practical, placing the screen completely flat thanks to the hinges offering an opening angle of 180 °.

The screen will particularly appeal to gamers with its refresh rate of 300Hz, enhancing fluidity in games compared to the 60Hz standard. It will also be of interest to creatives because it adopts 100% sRGB and IPS characteristics that ensure more faithful than average colorimetry and large vertical and horizontal viewing angles.

As it is anti-reflective, the screen also offers better visibility than a shiny panel in a bright environment (e.g., outdoors). The screen is also very suitable for displaying High Definition content such as videos due to its Full HD definition and its 16: 9 format.

The Octo Core processor is a little faster than its Hexa Core counterpart. The differences between the i7-10875H and the i7-10750H are often (very) close, especially as on the Creator 15, MSI does not exploit the Core’s full potential i7-10875H. Nothing alarming in practice, but models like the Dell XPS 17 or the MSI Creator 17 are generally a few seconds faster in our tests where CPU power is paramount. This will not change the fact that the latest AMD Ryzen 5000 processors undoubtedly dominate on these tests, as you can see from our various graphics.

On the graphics side, the GeForce RTX 3080 is here a version with TGP at 95W. In practice, compared to the 115W version tested in the Zephyrus Duo 15, there is, on average, a difference of 5 to 10 FPS depending on the titles. will move soon, but it is logical that a compact chassis like that of the Creator 15 can not handle the same power as a larger model. Hence the importance of being consistent with your needs and priorities when choosing a laptop PC (gamer) and not of trying at all costs to find the biggest CG for the cheapest possible.

The MSI GS66 10UE-241FR Stealth may appeal to those looking for a relatively compact and lightweight yet powerful, versatile laptop PC with a gaming and creative focus.

Built around an Intel HM470 chipset, a good amount of 16 GB RAM, and a Comet Lake-H Octo Core i7-10870H processor, this Ultrabook gamer delivers overall power capable of appealing to demanding users, whether they are players or creators.

They will be delighted to get much faster processing with this core than with 8 GB DDR4 and a Quad / Hexa Core processor. We particularly feel the difference in areas that are greedy in RAM and CPU resources taking advantage of multicores, such as video editing, 3D rendering, or photo editing.

The onboard SSD storage clearly reinforces daily responsiveness compared to a simple hard drive. Compared to the latter, the SSD is much faster while being more energy-efficient, more shock resistant, and silent.

Thanks to its 95Wh battery, the Creator enjoys excellent average autonomy with nearly 9h measured during our test (WiFi active, brightness at 140 cd / m2). Something to delight students and other nomads.

MSI offers the possibility of limiting the battery charge to 80% or even 50%. Use if your computer is plugged into AC power most of the time to maximize battery life.

The power supply (230W) is, on the other hand, rather imposing (165x75x30 mm). There remains a secondary USB-C charger solution, sufficient in addition but which will not be able to deliver enough power to supply the CPU and the GPU in games.

The autonomy side bet on about 7 hours of battery operation in light use for this Ultrabook gamer whose controlled weight and thinness facilitate transport.

But this involves noise and heating when this designer-oriented gamer laptop PC is heavily pushed (e.g., games, processing).