Intel has enjoyed in recent years, the specter of further stagnation was not very optimistic. Especially after a fairly large, at least compared to previous architectures, the increase in performance, which Skylake processors provided compared to Haswell,  undoubtedly stimulated consumers’ appetites. Even with fairly credible leaks, pre-premiere guesses are, however, only assumptions that are high time to verify. 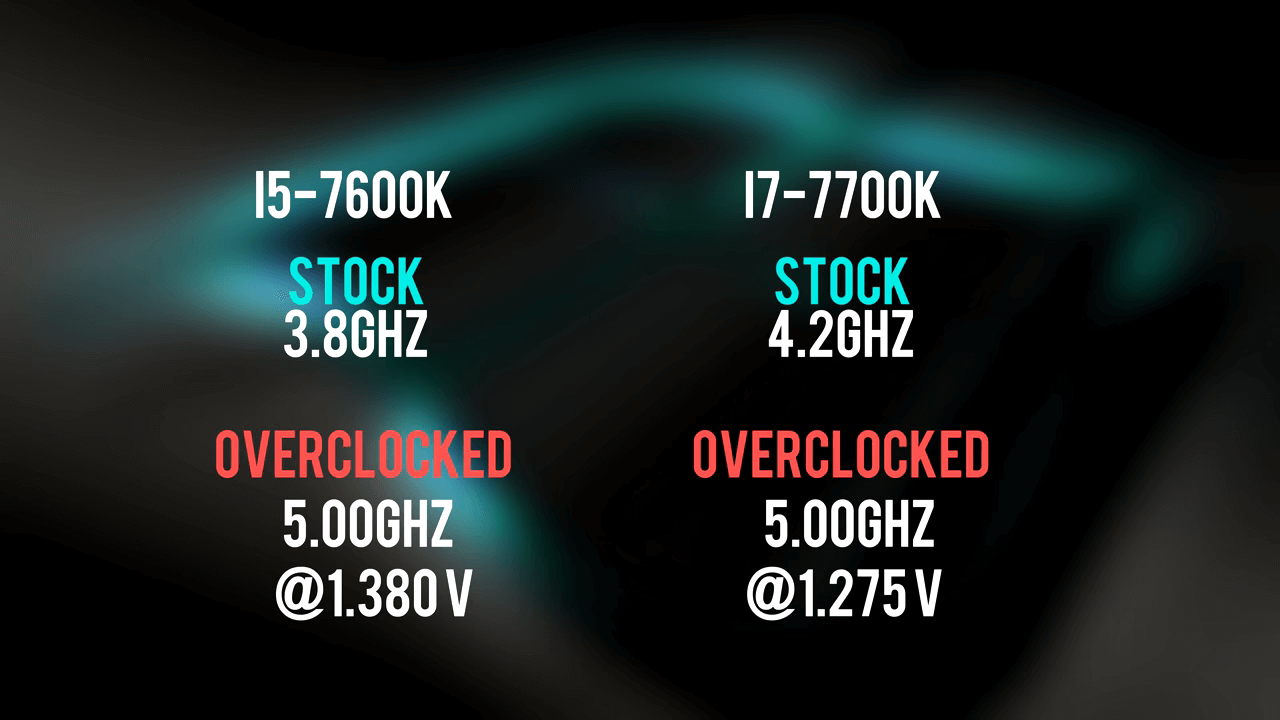 The Intel Core i5-7600K has four cores, while its base clock is 3.8 GHz. Under load, thanks to Turbo Boost technology, this value increases to a maximum of 4.2 GHz, while at rest – it drops to 0.8 GHz. The standard supply voltage varies between 0.7 and 1.3 volts depending on the task currently being performed. These are, of course, values ​​very similar to those that characterized the previous LGA 1151 processors from the Skylake family. This CPU is equipped with 4×256 KB second-level cache and 6 MB L3 cache, so also, in this respect, there are no differences to the Core i5-6600K. 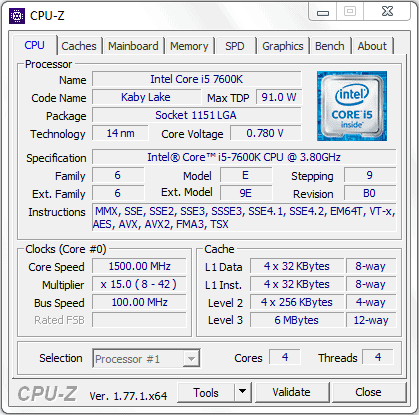 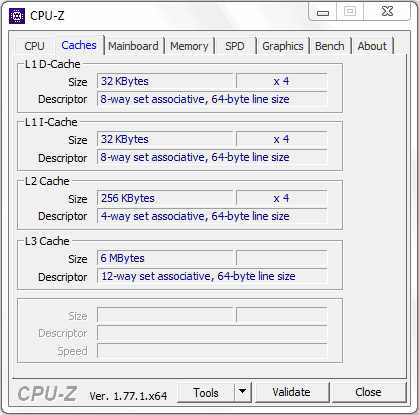 The parameters of the Core i7-7700K are identical to the weaker model. The most obvious difference is the support for Hyper-Threading technology, which allows each core to execute two threads simultaneously and thus maximize the use of internal resources. In addition, the i7-7700K has a base clock of 4.2 GHz, which can go up to a maximum of 4.5 GHz. There is also more L3 cache, this time we find 8 MB. 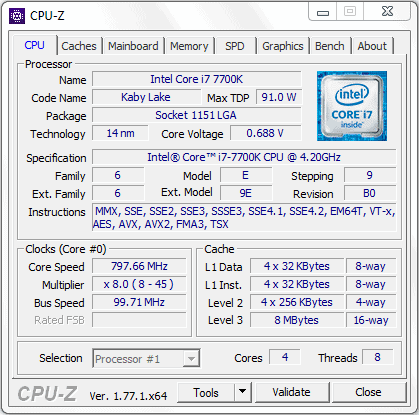 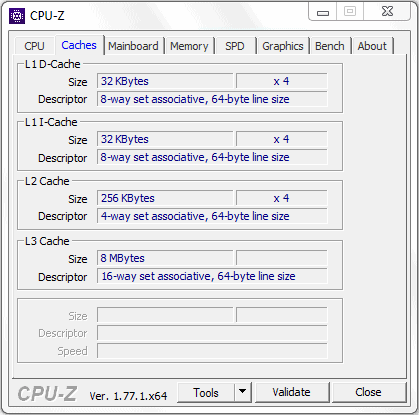 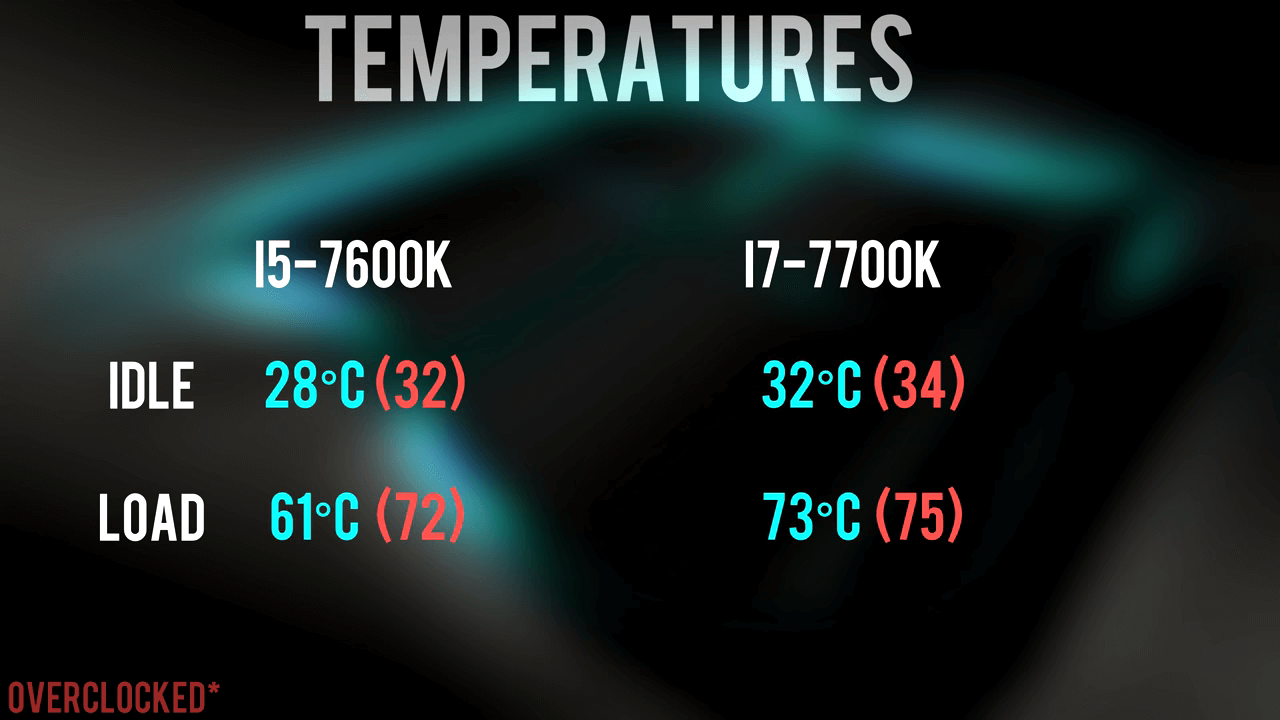 The temperature in the room ranged from 21-23 ° C. The HWiNFO64 software version 5.43-3055 was used to perform the measurements. The air cooling set – Scythe Mugen MAX was watching over the correct working conditions of the processors. The thermally conductive paste used is Noctua NT-H1, characterized by the lack of the need to heat up, thanks to which it achieves optimal performance immediately after application.

One of the Kaby Lake jokes we have noticed while browsing popular IT forums is temperature measurements. Of course, it is about “mustard” under the IHS instead of high-quality thermal paste, preferably simply soldering. It is not that bad in practice because to cool the Core i7-7700K processor overclocked to around 5 GHz, a medium-performance cooler is enough. The cheaper i5-7600K is slightly cooler due to the lack of Hyper-Threading technology, which significantly increases heat generation. Nevertheless, the new products note an increase in temperatures than their predecessors from the Skylake family, which clearly proves that a better thermally conductive material would definitely be here. What if the popularity of removing the “caps” from the CPU and applying CLP will certainly not fall.

The biggest advantage of the tested Core i5-7600K and i7-7700K is undoubtedly the high overclocking capabilities, comparable to Sandy Bridge processors, which were considered a model in this aspect since their premiere. 5 GHz, easily achievable with air cooling, is a result that can be respected. The debutants are also looking solid in terms of performance, delivering about 10% more performance than their predecessors in the Skylake family.

Kaby Lake is undoubtedly a solid product but not fully meeting the expectations associated with it.

So what are the disadvantages? The most obvious one is the lack of performance increase per clock cycle. This is the first such case in Intel’s offer for a long time that the new products did not offer something more in this respect than their direct predecessors. Even if the differences were as small as in the case of Ivy Bridge, which family was characterized by a few percent stronger thread than the aforementioned Sandy Bridge, the consumer still got the improved architecture in his hands. However, this time, the entire increase in performance is due to the raised clocks, which is not to be proud of. The operating temperatures, which have increased concerning Skylake, can also be perceived negatively. Of course, we are not able to say 100% whether this is only the effect of saving on thermal paste for IHS or whether the calibration of the sensors has also changed, but all this does not change the fact that the “glut” served to us by Intel for a long time ceased to be tasty. The more so that you do not pay little for processors with an unlocked multiplier.

The question that remains is the final verdict. In light of the above arguments,  that both tested processors deserve four stars. Of course, at the moment, we do not know the average price in stores, but it remains to be hoped that after the initial turmoil, it will stabilize at a level similar to that of the Skylake family. Who could I recommend the more expensive Core i7-7700K? First of all, people willing to use it for semi-professional applications, especially combining the creative process with the final rendering. In viewports, Kaby Lake will feel like a fish in the water, thanks to the high OC and the associated high power of a single core. Nevertheless, the competition from HEDT platforms is fierce, making the decision unlikely to be easy. In turn, the Core i5-7600K is a good choice for players who have 120+ Hz monitors paired with powerful graphics cards and, therefore, aim for maximum frames per second. Such a powerful CPU will also be useful for people who prefer more FPS at the expense of lower graphics settings. On the other hand, players who can come to terms with the relatively low liquidity, but while maintaining maximum details, should rather be interested in cheaper models with a locked multiplier, because in their case, the profit from a faster processor will be almost none, because the GPU is the inhibiting factor anyway.