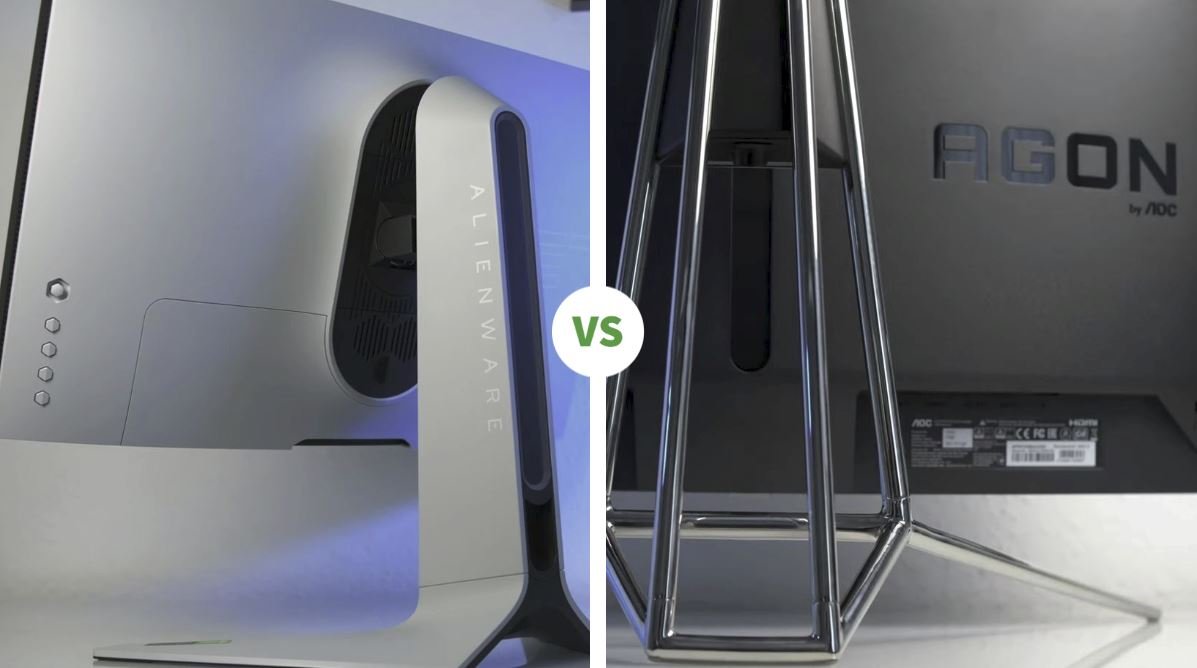 The AOC PD27 stands out from the crowd of gaming monitors with its exclusive Porsche design – but also wants to score with its gaming features such as the 240 Hertz display.

We examine what else the 27-inch device can do in our detailed comparison between Dell Alienware AW2721D vs  AOC Porsche Design Agon PD27. 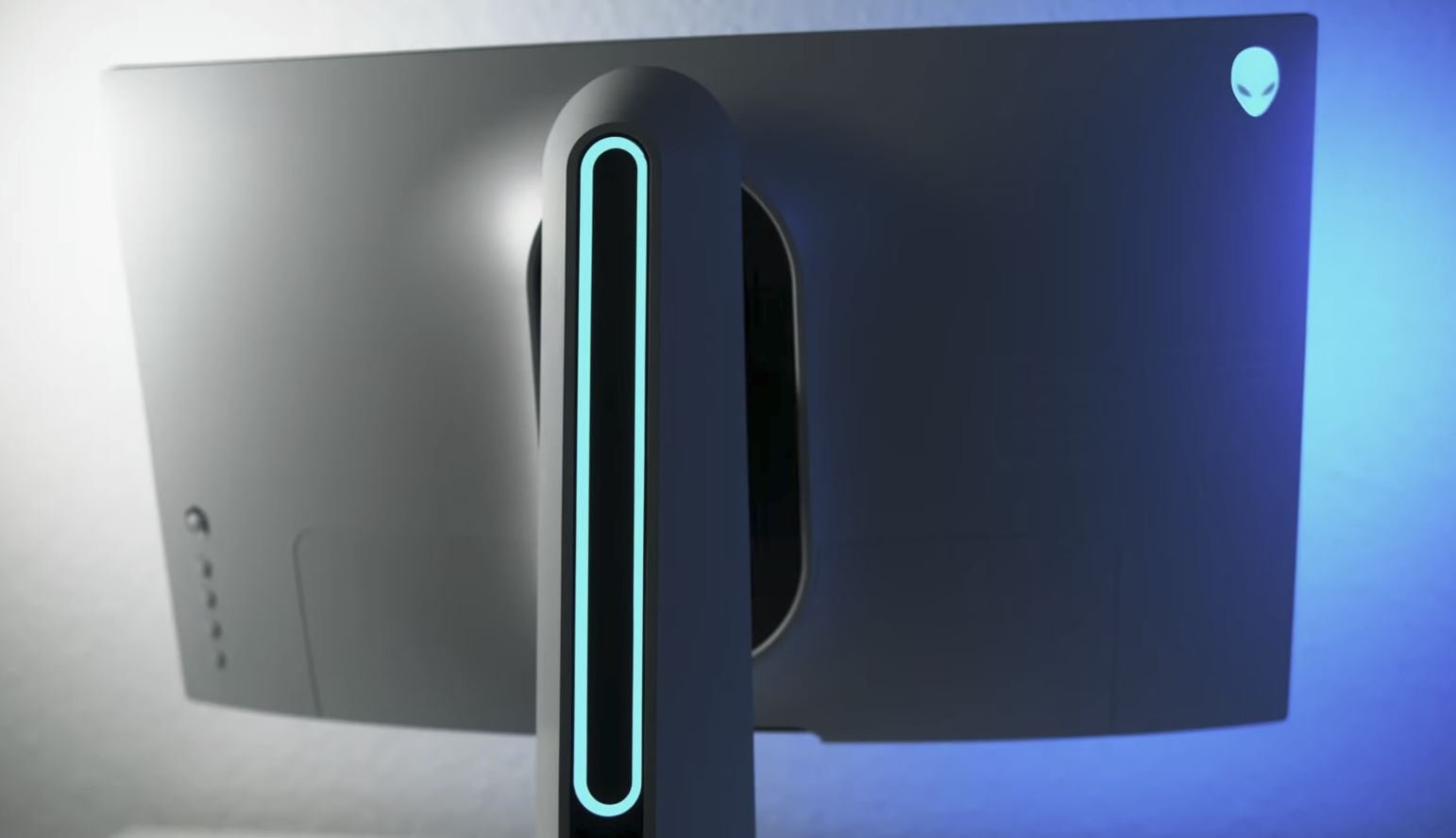 The Dell Alienware AW2721D gaming monitor leaves an impressive visual impression. The massive screen holder, on which the 27-inch device can be adjusted in height by 13 centimeters, stands on the protruding V-shaped base. In addition to an internal cable guide, an LED light strip is integrated into the bracket, adapted to the game using the lighting system called Dell AlienFX. In addition, Dell has extended the monitor housing very deeply to dissipate the heat development even under full gaming load – this means that the 27-inch device always works silently. Overall comes the Dell Alienware AW2721D to a weight of stately eleven kilograms. 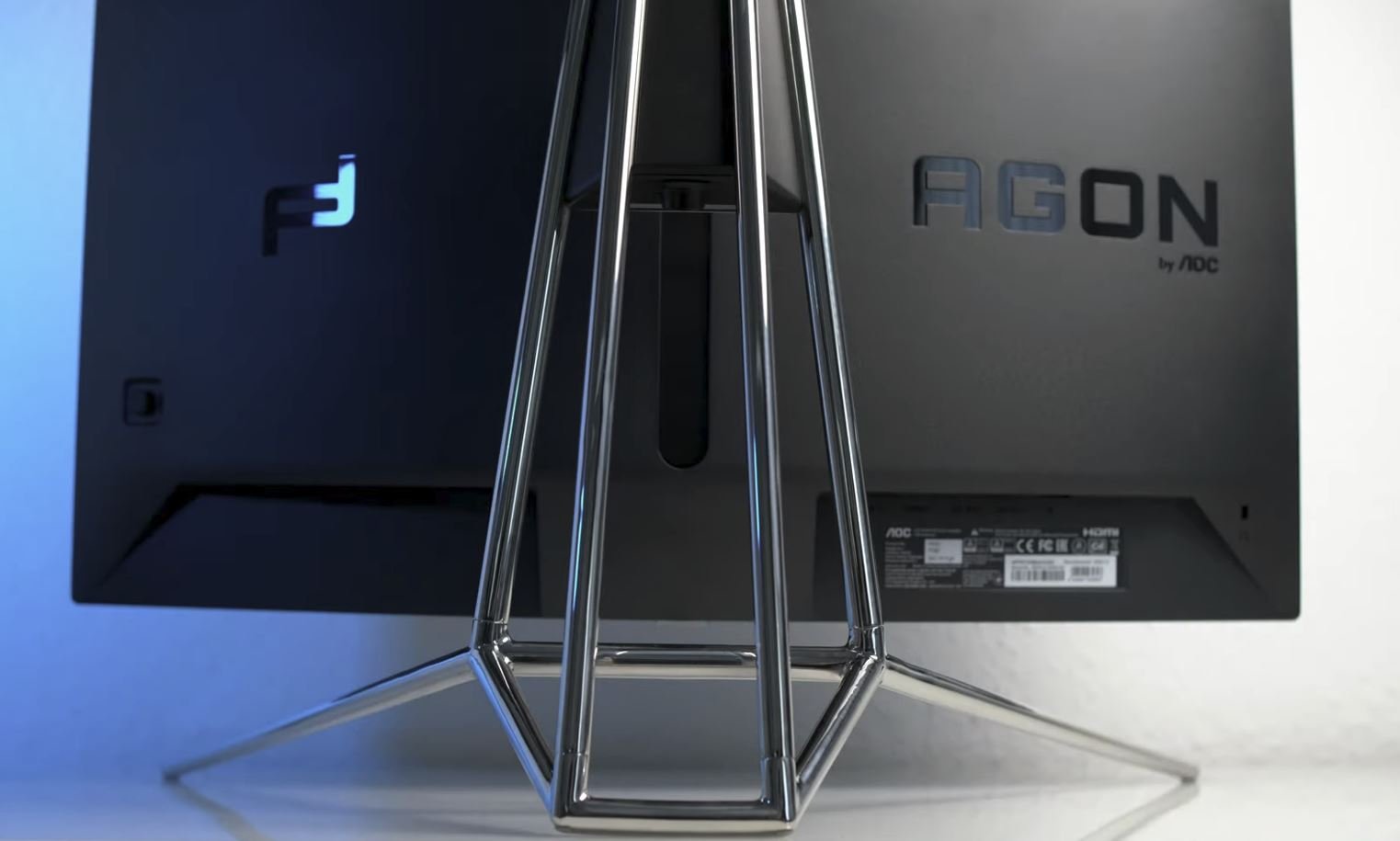 The PD27 occupies a special position in the series of gaming monitors from AOC. Compared to the usual Agon models, the Taiwanese manufacturer relies on an exclusive design – PD, which stands for Porsche Design. For example, according to the AOC, the protruding foot is based on the grille technology used as a roll bar in rally or DTM cars. In addition, the 27-inch monitor offers adjustable LED light in the monitor holder and a light projection onto the table. 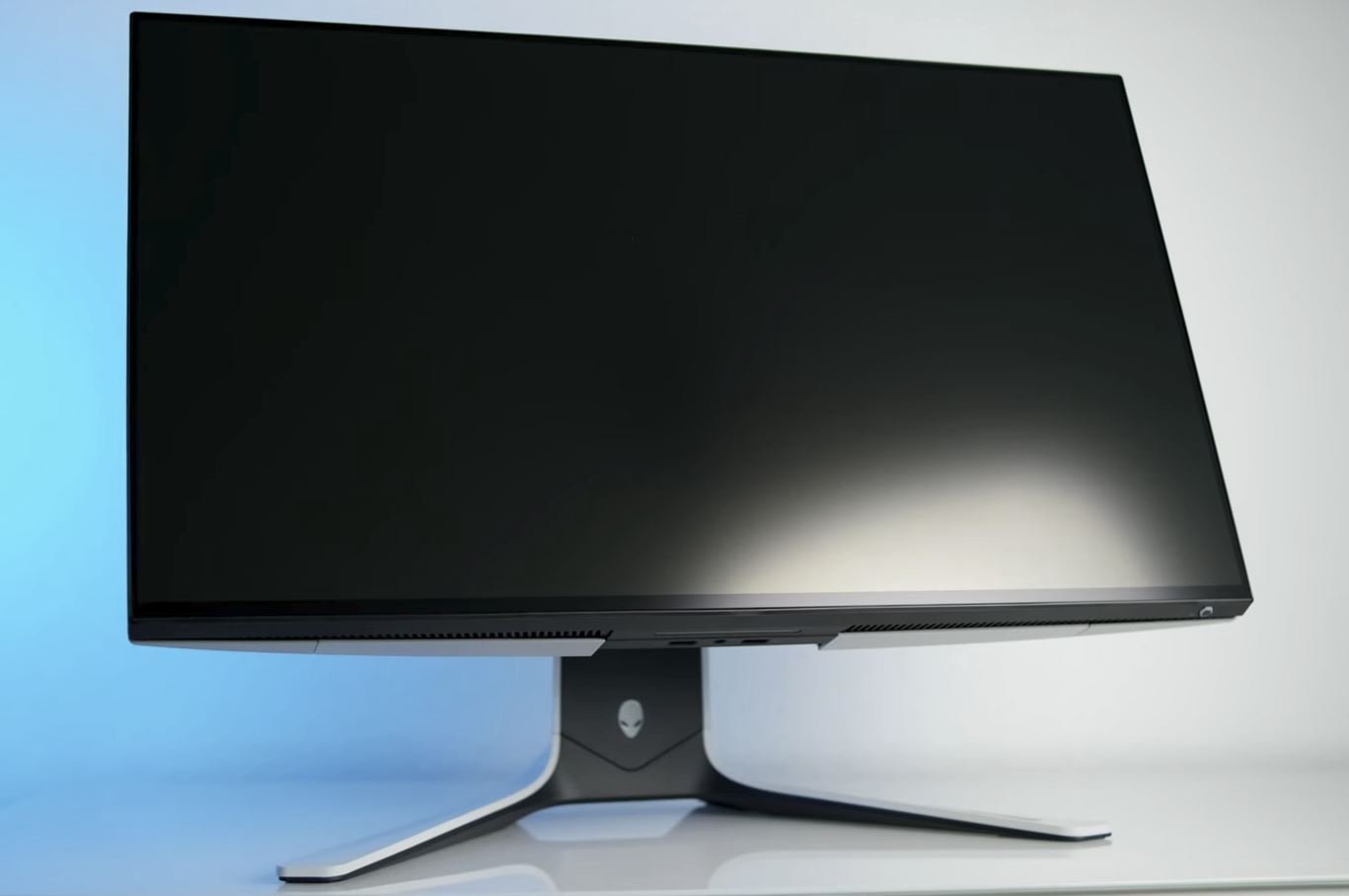 Dell Alienware AW2721D– The 27 inch also offers impressive technical performance features. In addition to the super-fast maximum refresh rate of 240 Hertz, synchronized with Nvidia graphics cards via G-Sync technology, the gaming monitor covers 130 percent of the sRGB color space that is important for games and is HDR600 certified. In addition, there is a fast GTG response time of just 1 millisecond.

The Dell Alienware AW2721D is one of the best gaming monitors we have reviewed. The general image quality is above average with high brightness, strong contrast, and natural color rendering.

It, therefore, matches the outstanding gaming performance that the WQHD monitor (2560 x 1440 pixels) shows in the most demanding game scenes. Even the fastest image sequences run smoothly and fluidly; an input delay or other image errors cannot be detected even in fast-reacting games.

The AOC PD27 However, it also convinces with its technical performance features such as a fast VA panel with a response time of 1 millisecond and a resolution of 2560 x 1440 pixels (1440p). The curved monitor has a narrow radius of 1000 millimeters and thus supports immersive immersion in gaming. In addition, the WQHD monitor synchronizes via Adaptive Sync with AMD graphics cards up to a refresh rate of a blazing fast 240 Hertz. 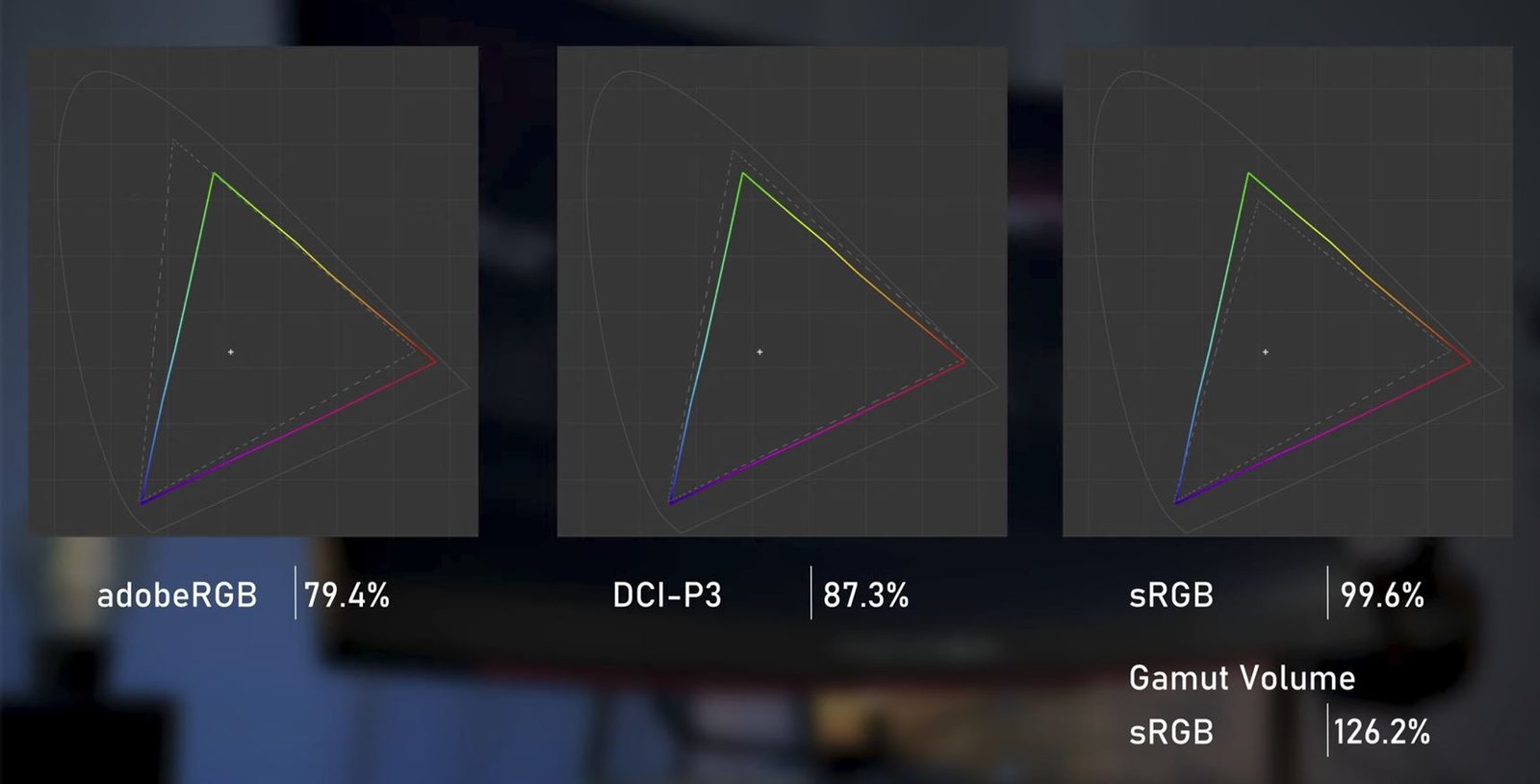 The AOC PD27 shows a very good picture quality with strong contrast and high brightness, only the brightness distribution over the entire screen could be better. In addition, the color reproduction is neutral and very natural, as the screen covers 100 percent of the sRGB color space, which is important for gaming.

The AOC PD27 impressed across the board. The 27-inch device is extremely responsive, and there is no input lag in any game situation. The curved monitor masters even very complex, graphics-oriented, demanding games with ease up to the highest frame rate of 240 Hertz. Shortcoming: For this, you also need a very powerful graphics card that tears a correspondingly deep hole in your wallet. 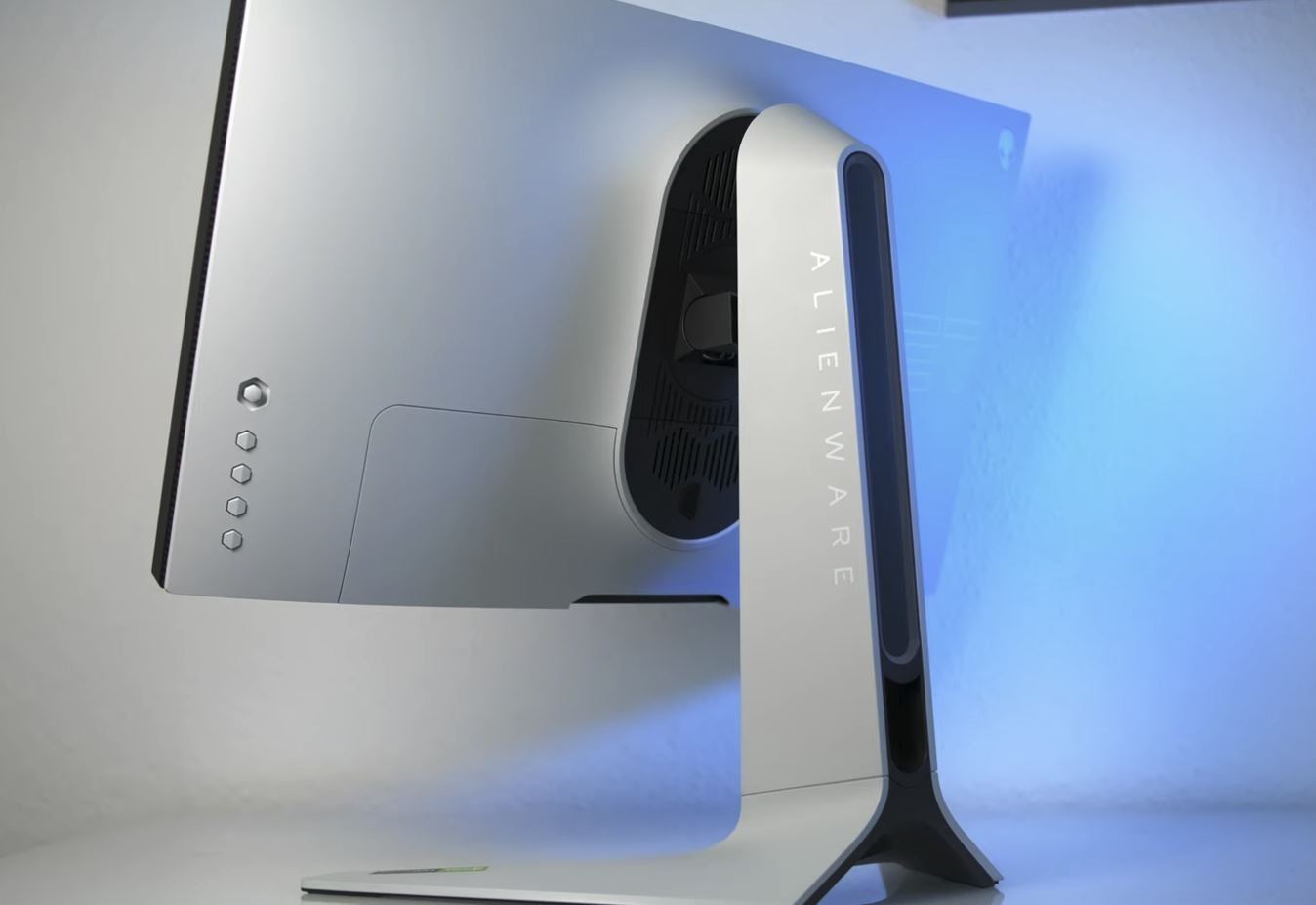 Dell Alienware AW2721D– In addition to two HDMI interfaces and a Displayport input, four USB outputs (version 3.2 with 5 Gbit / s) are integrated into the housing. Two of them are easily accessible in the middle of the underside of the panel frame. The maximum refresh rate of 240 Hertz is only available at the DP input; HDMI only delivers up to 144 Hertz. A Displayport cable is included in the scope of delivery. 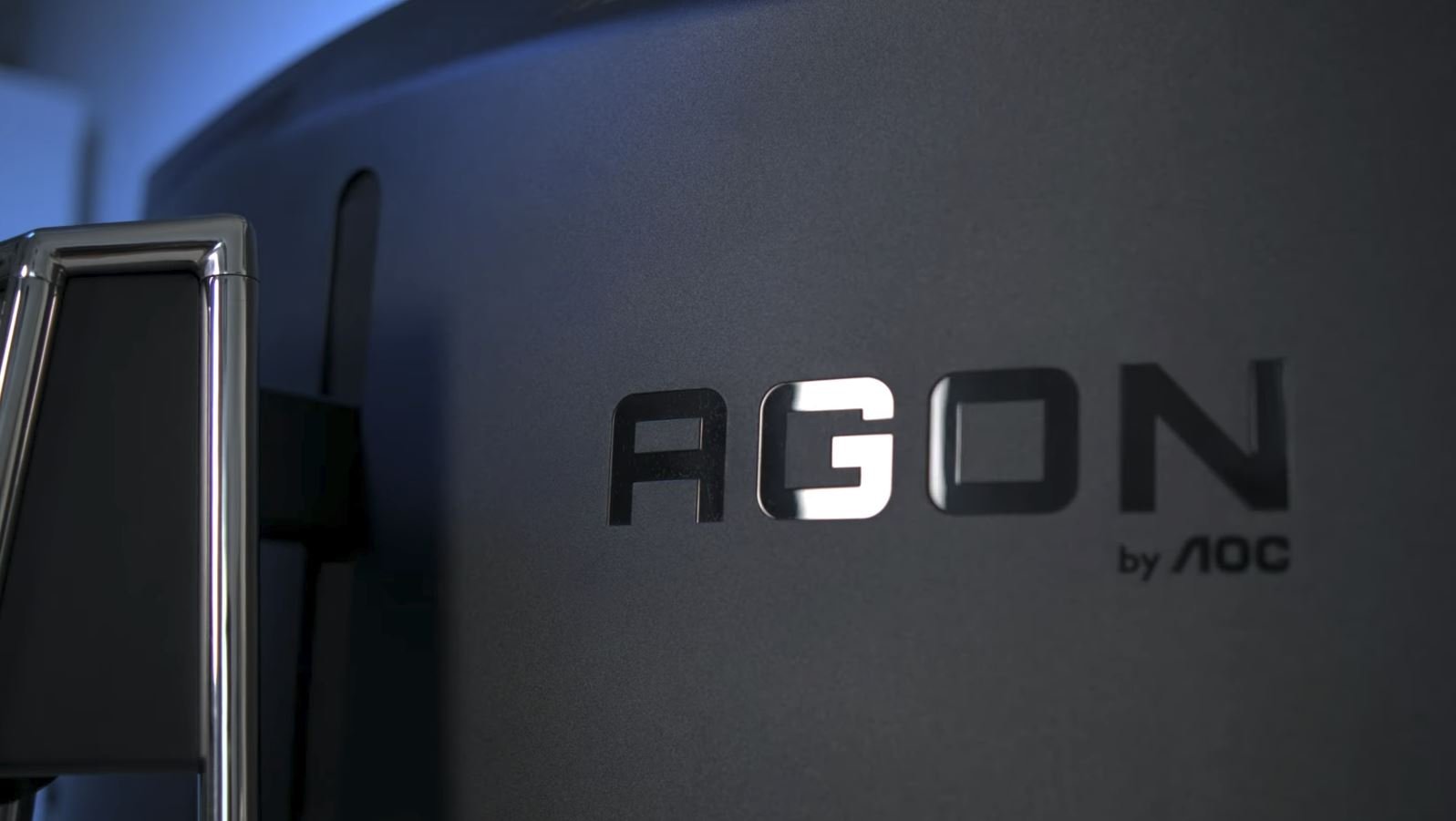 The screen menu configuring the gaming monitor is laid out and easy to use. It offers extensive setting options for gaming, such as individual presets, black level enhancement, blue light filters, and crosshairs. The OSD is conveniently controlled via a 5-way joystick on the back. In addition to the height adjustability, the Dell Alienware AW2721D can be tilted and rotated on the foot.

AOC Porsche Design Agon PD27– The range of interfaces is wide: two HDMI and Displayport inputs plus four USB 3.0 ports are integrated into the housing, whereby the maximum refresh rate of 240 Hertz is only available via the DP interfaces. Positive: The corresponding cables are included in the scope of delivery for all interfaces, even for the analog audio jack. The two stereo speakers offer numerous settings such as DTS and an equalizer but only deliver a thin sound, as they lack a solid bass foundation.

The on-screen menu is structured in a table and easy to use. There are numerous gaming settings such as presets for different game genres such as racing and FPS. It is conveniently controlled using a 5-way joystick on the right-hand side of the back of the housing and, alternatively, using a small triangular remote control. The curved monitor can be flexibly adapted to the respective location using numerous ergonomic setting options such as height adjustability.

The Dell Alienware AW2721D consumes almost 50 watts during operation, caused by the high maximum brightness. In standby mode, the energy consumption is a low 0.3 watts.

Due to the high maximum brightness of 400 cd / m2, the AOC PD27 consumes over 50 watts in operation – not little for a 27-inch device. In standby mode, the energy consumption drops to a very low 0.2 watts.

Anyone who can or wants to afford an expense of around 750 USD will receive the Dell Alienware AW2721D, a top-of-the-line 1440p gaming monitor. The 27-inch device shines with very good quality, a beautiful design, and, above all, excellent gaming performance. The monitor works flawlessly up to the maximum refresh rate of 240 Hertz, with responsive and smooth image transitions. The ergonomic adjustment options leave nothing to be desired. The numerous interfaces are also noticeable positively.

The AOC PD27 is an elegantly designed WQHD gaming monitor (1440p) for ambitious gamers, which masters even very demanding and fast games with the highest frame rates. The excellent gaming performance is underpinned by a very bright and high-contrast curved display. Extensive ergonomic setting options and a convenient on-screen menu round off the positive overall package. However, AOC pays dearly for this high quality. The 27-inch model is listed in stores from 760 USD. Also, to fully exploit the gaming performance of the WQHD monitor, you need a very powerful graphics card, which also causes high costs.

LG 34WN780-B vs Acer CB342CKC UltraWide Monitor: Which is Better