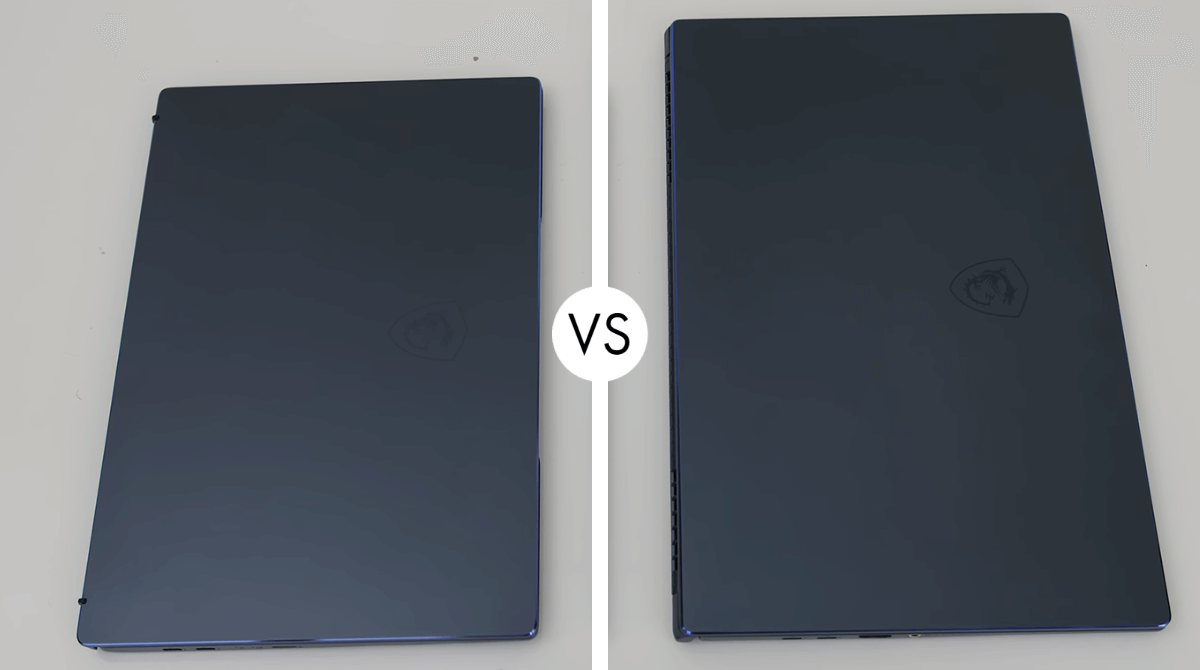 We are back again with another interesting comparison for you guys. Today we will compare the MSI Prestige 14 and 15 to know which one is a better choice for you guys. The MSI Prestige 14 and 15 shares a number of similarities, but there are also some big differences between the two that you need to know about before choosing one. In this detailed comparison, we’ll look at pretty much everything to help you decide which laptop you should get. 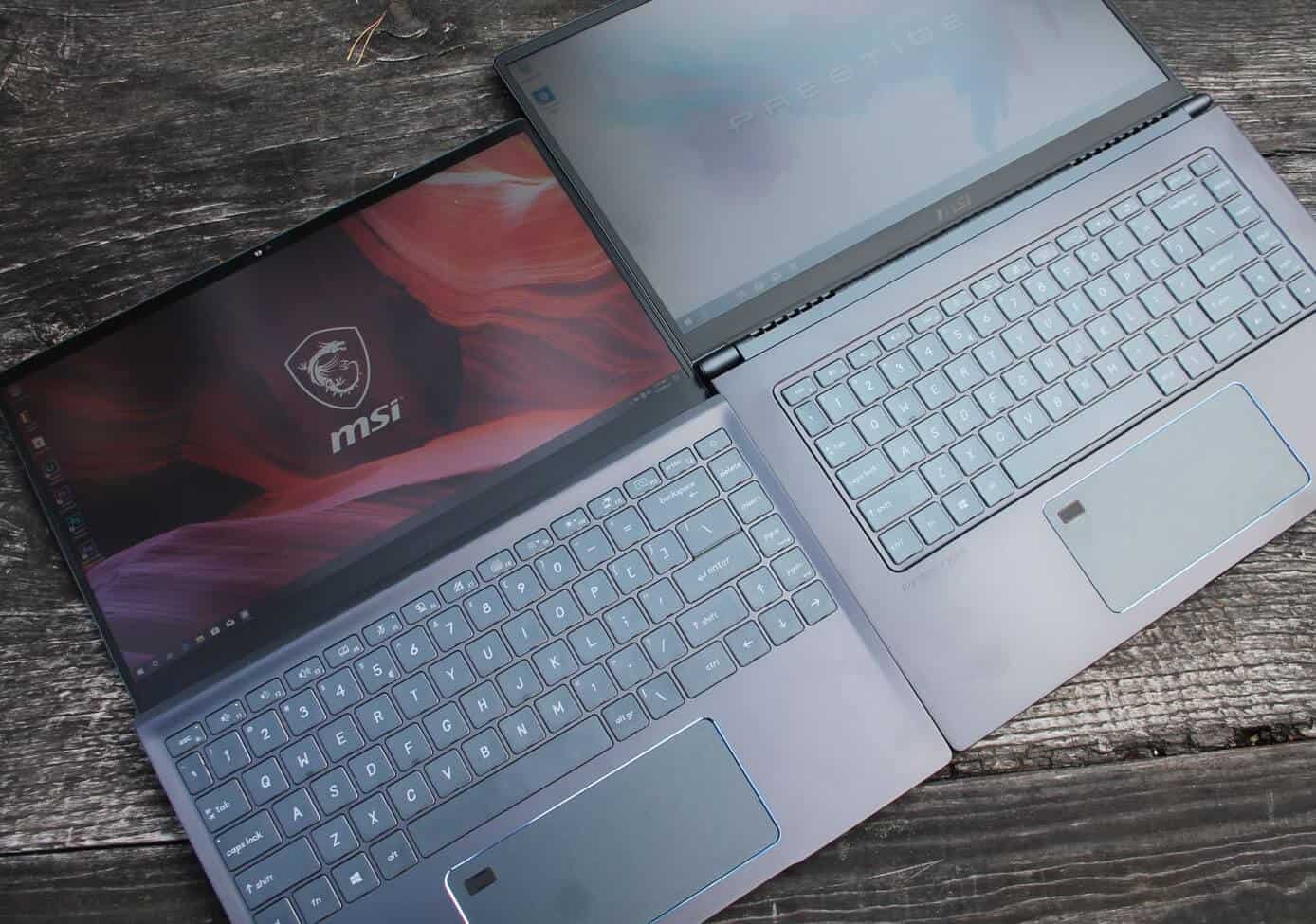 They both have an all-metal design, and mine are both carbon grey, however different colour options are available. The lids just have a very subtle MSI logo in the centre, and there are blue trims around the edges of both machines, so very similar design aesthetic. Build quality felt pretty good with both, however, I’d give a slight edge to the larger Prestige 15. The Prestige 15 was about 410g heavier than the 14 when comparing the laptop only, rising to a 440g or almost 1 pound difference when including the 90 watt power bricks and cables. As you’d expect due to the different screen sizes, the 14 is smaller in width and depth, however, both are the same thickness when closed. This changes when you open the lid of the Prestige 14, the back of the laptop raises a little, putting it on a 5-degree angle. This lift up design is not present with the 15.

The screen is the first major differences as per the name, the Prestige 14 has a 14-inch screen, while the Prestige 15 has a 15.6 screen. Both laptops are available with 1080p or 4K options.

When we compare the panels, my Prestige 14 has both higher brightness and colour gamut, however, it’s not a fair comparison. Both the Prestige 14 and 15 have 1080p and 4K options, but the 4K panel is higher quality in both, and my 14 happens to be 4K while 15 happens to be 1080p. If you’re looking at either photo or video editing we’d suggest going for the 4K option.

Backlight bleed was pretty similar with both laptops, I will never have any issues when viewing darker content with either, but this will vary between panels. Both laptops can bend the screen right back 180 degrees, then by pressing the F12 key you can flip the screen around to show the contents to someone in front of you. Both worked fine sitting on my lap, however, the Prestige 15 did feel better after a while, as the back groove on the 14 kinds of digs into your legs compared to the flat base of the 15. 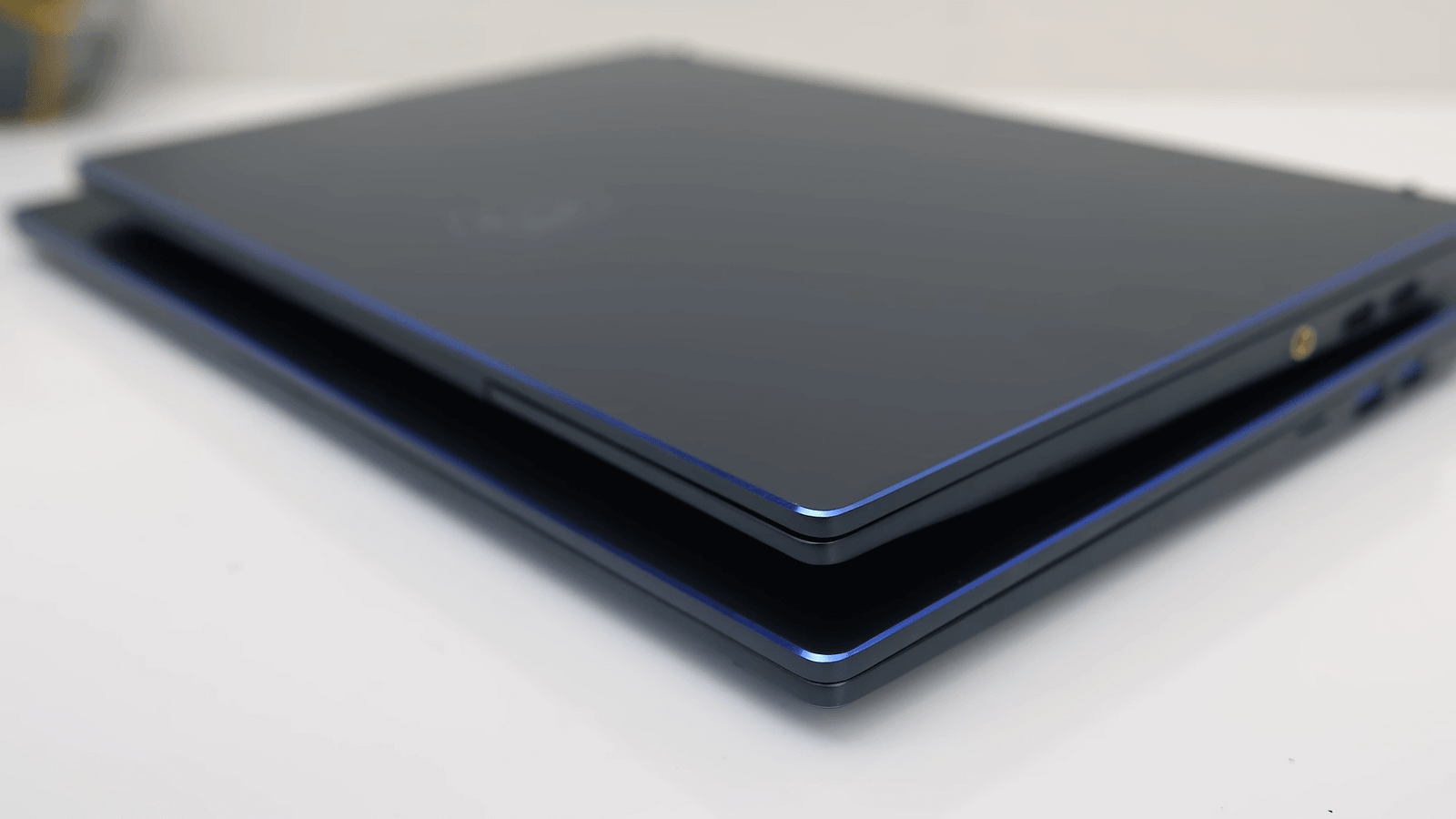 Talking about the specs, both of these laptops have the same 10th gen Intel i7-10710U CPU, which is a 6 core 12 thread Cometlake chip. They’ve both also got the same Nvidia GTX 1650 Max-Q graphics, though with different power limits, along with 16GB of memory in dual-channel, however, the memory speeds are different. They both have an NVMe M.2 SSD for storage, but the sizes of disk and memory will vary when buying.

Both laptops allow you to set the performance level between three different profiles through the Creator Center software, which from lowest to highest are eco, comfort, and sport modes. We’ve also got the option of enabling a cooler boost to set the fan to maximum speed. These are the CPU temperatures of both machines while under combined CPU and GPU stress tests with Aida64 and Unigine Heaven. We’ll check the GPU results shortly, so for now just keep in mind these are CPU-only results but for combined loads. Temperatures vary based on the mode in use, but for the most part, the Prestige 14 was hotter in more instances than not. These are the CPU clock speeds during these same tests. The Prestige 15 is performing ahead of the 14 in all of these results. We can see why this was the case when looking at the power levels of the CPU. The Prestige 15 can use more power, so it’s expected to run hotter, but also perform better as a result of these higher limits.

Let’s check out I/O differences, On the left, both have two USB 3.2 Gen2 Type-C ports with Thunderbolt 3 and DisplayPort support, and both ports also support Type-C charging. The Prestige 14 on top has a MicroSD card slot, while the 15 on the bottom has an HDMI 2.0 output and a 3.5mm audio combo jack. On the right, the Prestige 14 has its 3.5mm audio combo jack, and the 15 also has a MicroSD slot. They both have two USB Type-A ports, faster USB 3.2 Gen2 for the 15, and slower USB 2.0 on the 14.

They both have a 720p camera in the centre above the screen, interestingly the smaller Prestige 14 has IR for Windows Hello support, but this is missing in the 15. This is what the camera and microphone look and sound like on the smaller Prestige 14, and then on the larger Prestige 15 things are just a little bit better. Screen flex was pretty similar with both laptops, however, the 15 was a little sturdier, as the lid looked just a tiny bit thicker. There was less chassis flex for the 15 when pushing down on the keyboard, this mostly seems to be because of the lift up the design of the 14. When it opens up the back is only held up by a couple of small rubber feet, so there are fewer contact points, but realistically you will have no problems using either. Both keyboards are the same, no Numpad on either so the keys aren’t small and cramped.

All things considered, we think the Prestige 15 is a better option given they’re available at essentially the same price. It performs way better, has better I/O, more upgradability options, better build quality, and better battery life. It’s not all that much bigger or heavier than the 14, we’d only consider the 14 if you need that extra level of portability, and don’t need to constantly run resource-heavy applications. 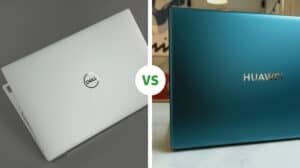 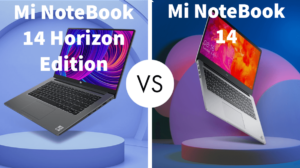 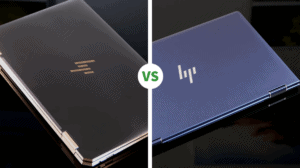 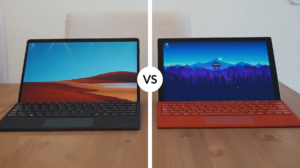 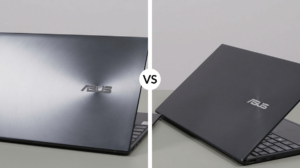