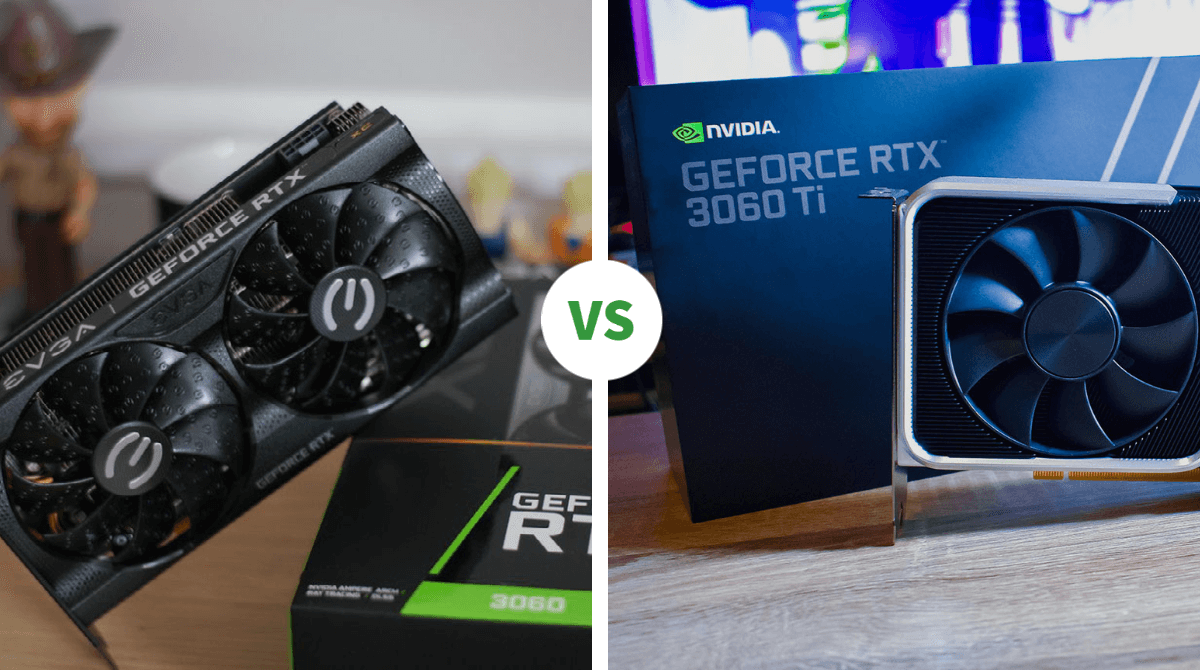 The GeForce RTX 3060 completes Nvidia’s mid-range offering. This graphics card is once again aimed at gamers equipped with WQHD / QHD monitors or those who wish to play in Full HD with a high frame rate.

Nvidia’s GeForce RTX 3060 Ti is a mid-range graphics card that targets gamers with WQHD monitors. For this, it offers performance close to that of the RTX 2080 Super for a price split. 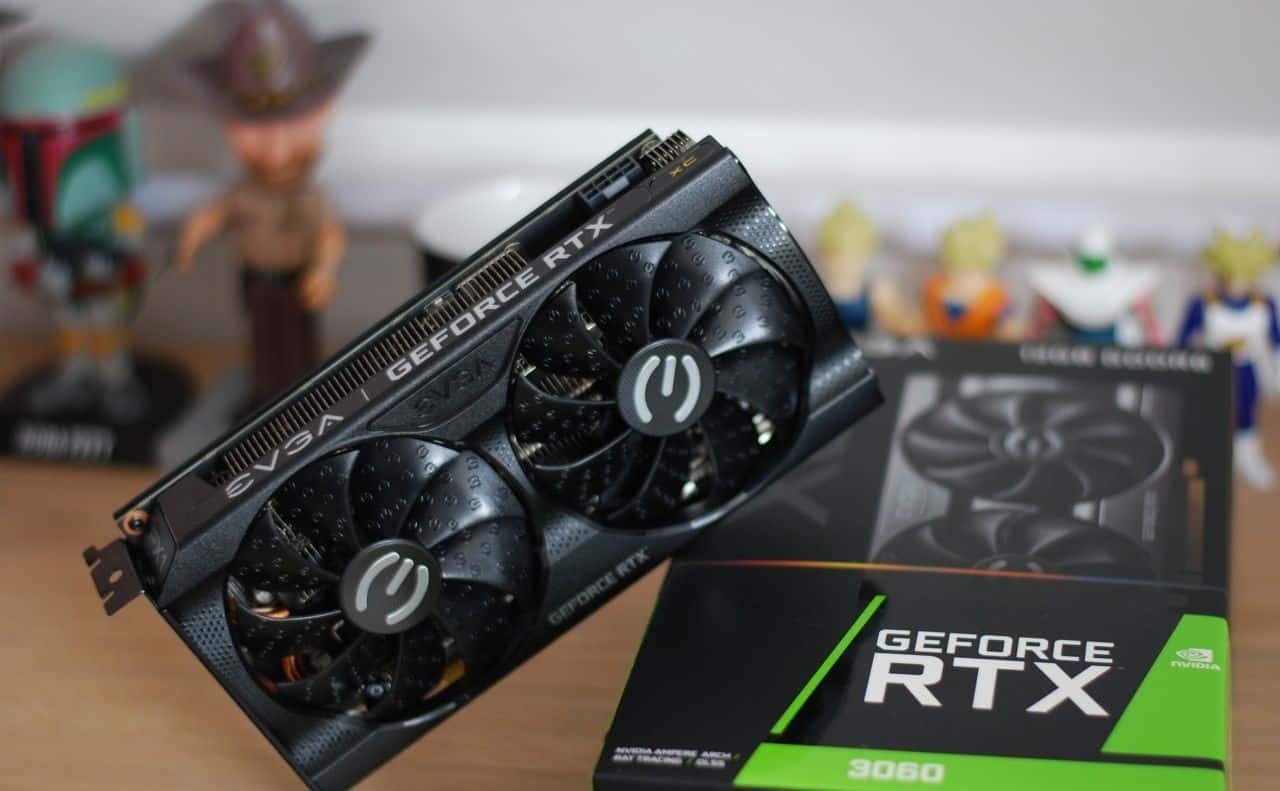 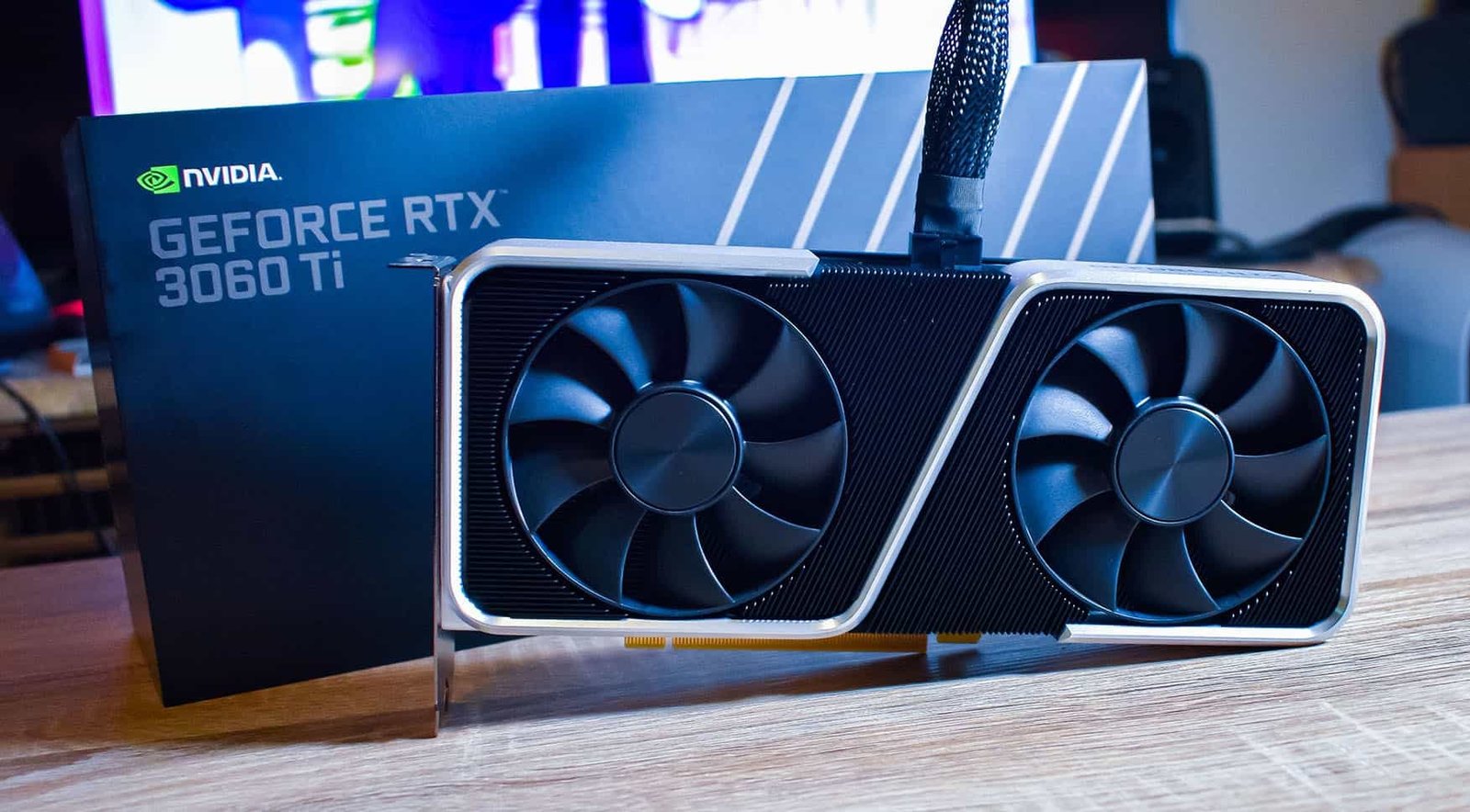 Nvidia has chosen here to use a new version of its Ampere chips. We thus find a GA106 instead of the GA104 used on the GeForce RTX 3060 Ti, for example. Smaller, this graphics processor is satisfied with a surface of 276 mm² accommodating 13.3 billion transistors engraved in 8 nm.

Enough to accommodate 3,584 units intended for classic rendering (CUDA Cores), 112 units dedicated to texture management, or 48 rendering units (ROPs). In terms of specific units, Nvidia has chosen to keep only 28 blocks for raytracing (RT Cores) and 112 blocks for inference (Tensor Cores). The latter is used in particular to apply DLSS in compatible games.

With an energy envelope of 170 watts – that’s 5 watts less than the GeForce RTX 2060 Super – Nvidia seems to have a little margin on the operating frequency of the graphics chip. This is given for a higher GPU Boost value than on the higher models, with 1777 MHz on average and a base frequency of 1320 MHz.

Surprisingly enough, we find on the GeForce RTX 3060 no less than 12 GB of GDDR6 memory, which is 4 GB more than on the GeForce RTX 3060 Ti and GeForce RTX 3070. The reason is quite simple: by choosing to use a 192-bit memory bus, NVIDIA could globally address 6 or 12 GB of memory. By choosing 6 GB, the firm would have restricted its graphics card capabilities in heavily loaded games, especially those using raytraced rendering. This memory operates at 1875 MHz and thus delivers a meager bandwidth of 360 GB / s.

The GeForce RTX 3060 Ti GPU. We have already addressed this subject in a dedicated file and the test of the GeForce RTX 3080. Instead, we will quickly review the different characteristics of the graphics chip used, the GA104.

Nothing fancy about the operating frequencies: the base frequency is 1410 MHz, and the average GPU Boost frequency is advertised at 1665 MHz, which is slightly lower than the rest of the RTX 30 series (≈ 1710 MHz). All this is given for a power consumption of 200 watts (TGP, that is to say, the total consumption of the card), a reduction of 50 watts compared to the RTX 2080 Super.

On the Evga GeForce RTX 3060 XC, the average frequency in games is 1875 MHz in 1440p. As always, this can go up or down depending on the definition and the game used. Still, this frequency is fairly representative of what can be found on the market, to around fifty megahertz depending on the references.

Placed in a closed tower, Nvidia’s graphics card stabilizes its GPU at around 1845 MHz in 4K. As always, this value will vary depending on the display definition and the load demanded by the games. At peak, the card reaches nearly 1990 MHz for a few seconds.

The noise pollution will depend on the graphics card, and more particularly on its cooling system. As the power consumption of the graphics card is contained, there is no doubt that some manufacturers will be able to produce relatively discrete systems. Unfortunately, this is not the case with the Evga GeForce RTX 3060 XC, whose ventilation is clearly audible. The 42.5 dB (A) measured are not deafening, far from it, but we are now used to better. On the other hand, the ventilation stops completely when the card is at rest, which is appreciable.

Clearly cut for raytraced gaming with its 12 GB of graphics memory – rather than 6 GB – the GeForce RTX 3060 is a perfect graphics card for playing in Full HD or QHD. In these definitions, any game works admirably, with the help of DLSS. However, in the most difficult cases. If the classic games are, most of the time, clearly to the advantage of the Radeon RX 6700 XT, the Nvidia card, however, exceeds that of AMD in the games exploiting this sacrosanct raytracing. The Nvidia software offer is also rich, with systems for optimizing latency in games (Nvidia Reflex), for managing and optimizing games (GeForce Experience). A whole bunch of tools intended for streaming.

Nvidia has once again introduced a system that allows ventilation to be completely cut off when the card is resting. A temperature accompanies an absence of noise kept below 40 ° C. In games, both fans become audible (38.1 dB (A)), but not really disturbing. The GeForce RTX 3060 Ti Founders Edition should be placed in the category of rather discreet graphics cards. The graphics chip is kept at 76 ° C, a really decent value – this type of component can take over 85 ° C.

Nvidia gives birth here to a graphics card that could well hit the mark in the mid-range. And this all the more so since it is accompanied by the entire software ecosystem of the brand: the Reflex, Broadcast (for streamers), or even RTX IO latency reduction system, which will roll out in 2021 speed up the processing time. Loading video games, much like the PS5 and Xbox Series X consoles do.