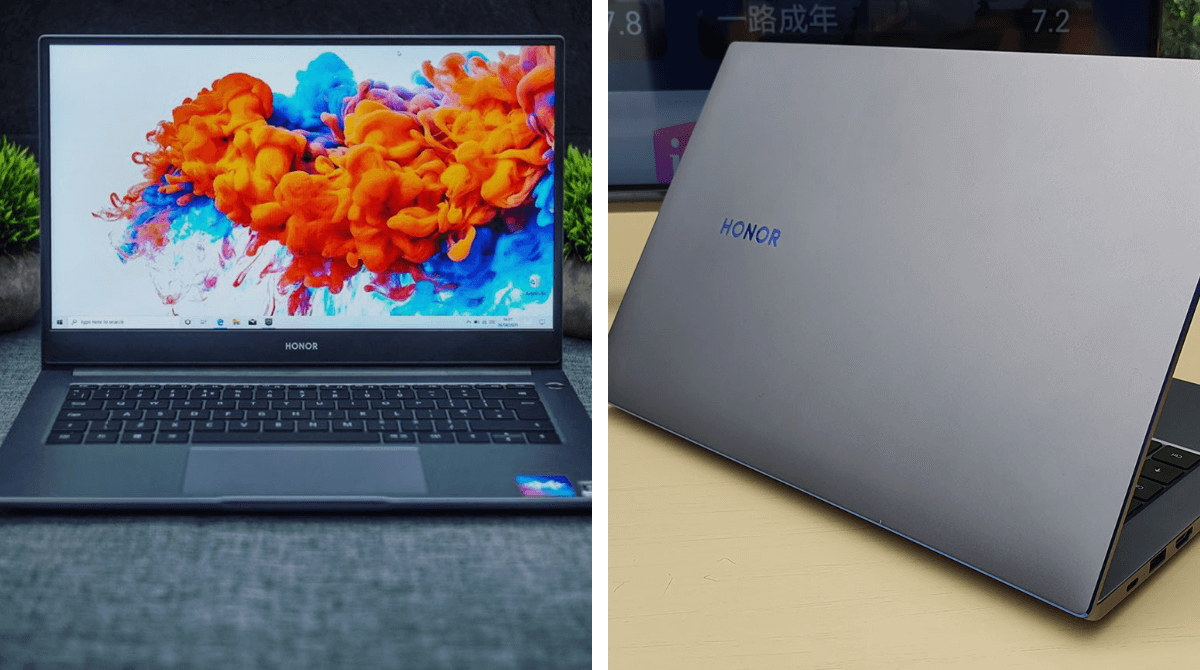 After a remarkable arrival with its MateBook 14 last year, Honor offers a new version of the 14-inch ultrabook. This 2021 vintage of the MagicBook 14 is marked by the adoption of a low-power Intel Tiger Lake processor, associated with 16 GB of RAM. But this move upmarket is logically accompanied by a price increase which is at least significant. But is this relevant in the face of very strong and well-armed competition in the mid-range ultrabook segment? 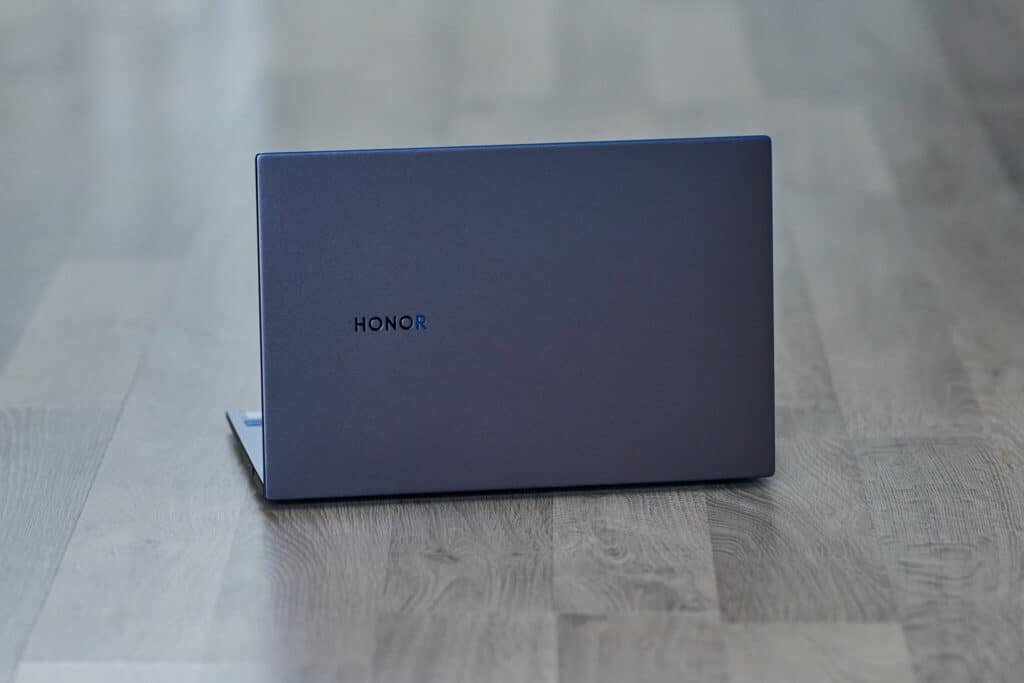 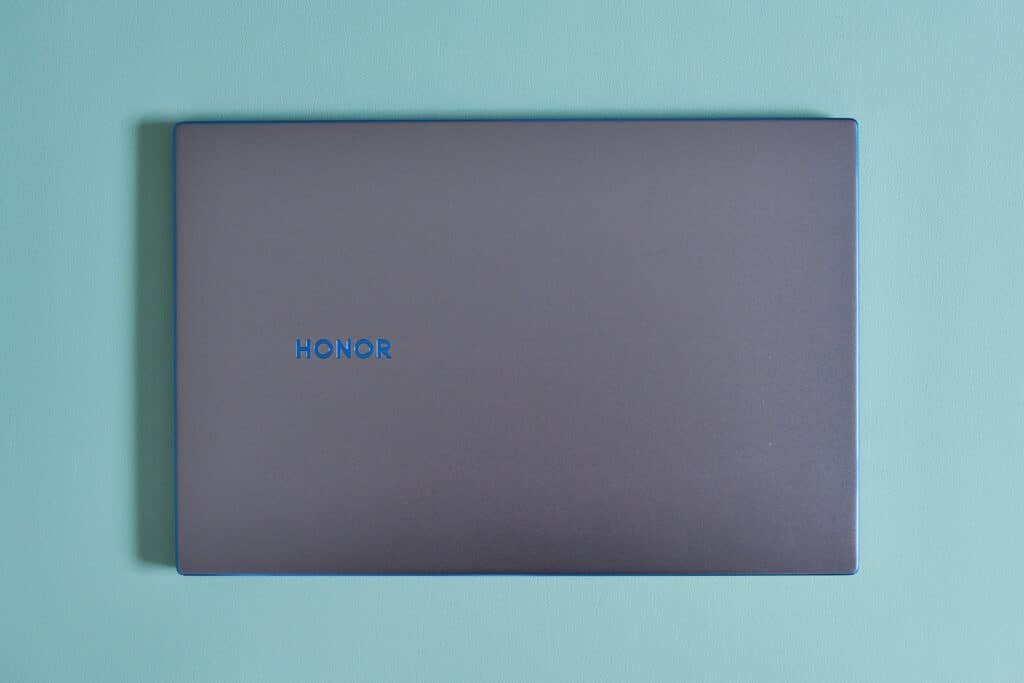 Honor has made sobriety its hallmark. The MagicBook 14 2021, therefore, takes the design of its predecessors with a logo and blue chamfer. Our test model sports a Space Gray colorway that is reminiscent of the space gray of MacBooks. And just like Apple ultrabooks, it is also available in light gray (Mystic Silver).

The aluminum frame and finish make a good impression. The interior is to match, at least for the keyboard part where aluminum is also present. The MagicBook certainly has a borderless screen, but the mat black plastic outline is not the most beautiful effect. Especially since the lower border is at the very least imposing (more than 2 cm!). 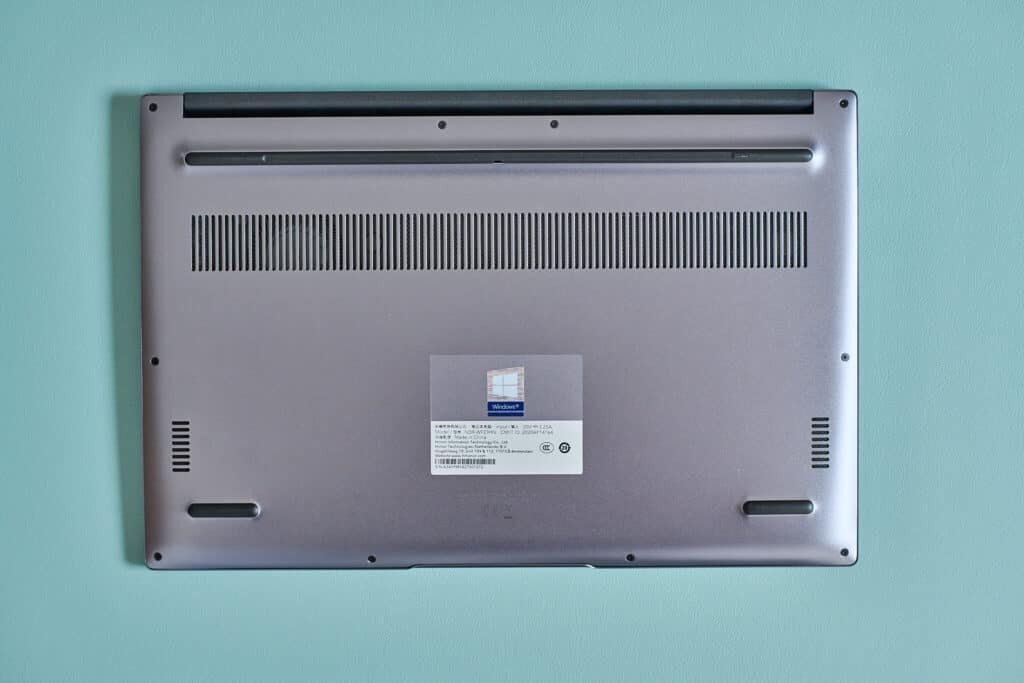 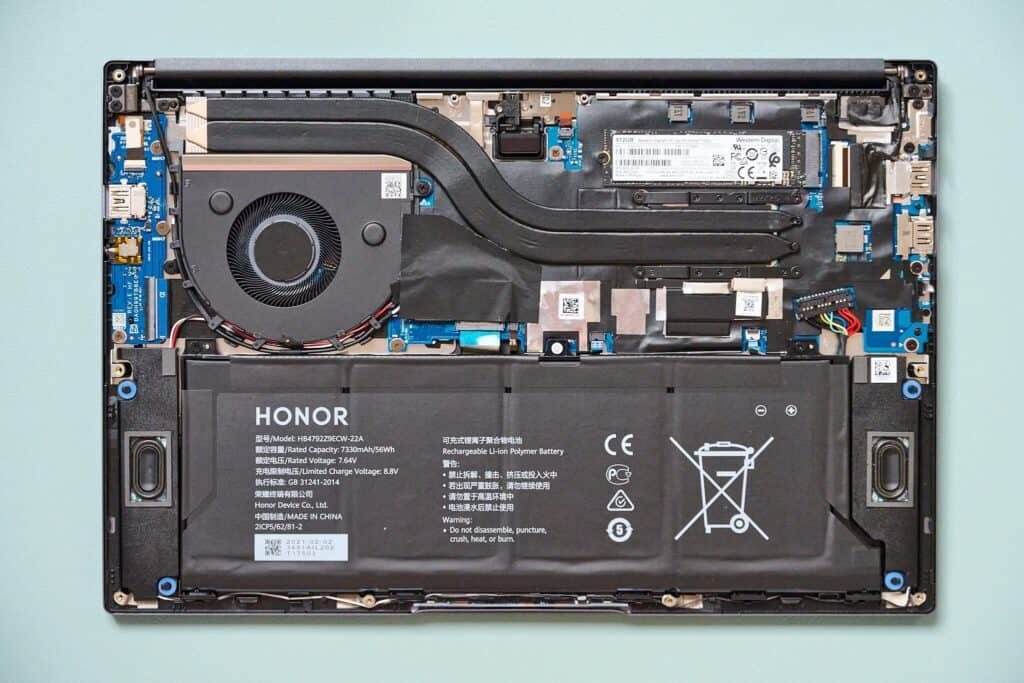 Access to internal components does not pose many difficulties once the ten Torx screws are removed. However, the interest is limited; only the SSD is accessible and can be replaced. Another complaint, despite its Tiger Lake platform, the MagicBook 14 skips the Thunderbolt connectivity, yet natively supported. 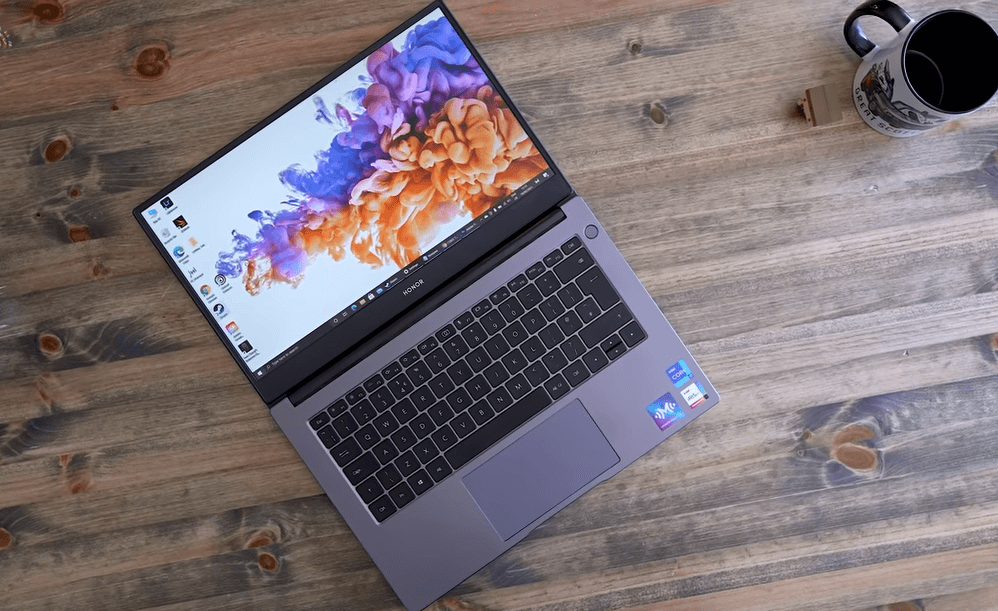 The contrast ratio is 1240: 1. On the colorimetric side, a passage through the characterization box is necessary to take advantage of the panel’s potential; by default, the white point is a little too high (7250K).

If you are wondering where the webcam is, it takes place in a key on the keyboard (between the F6 and F7 keys). An asset for privacy but a drawback in terms of angle. The low-angle view is not the best to be to your advantage. And with the proliferation of Team meetings and other “e-meetings,” this can be a point not to be overlooked. 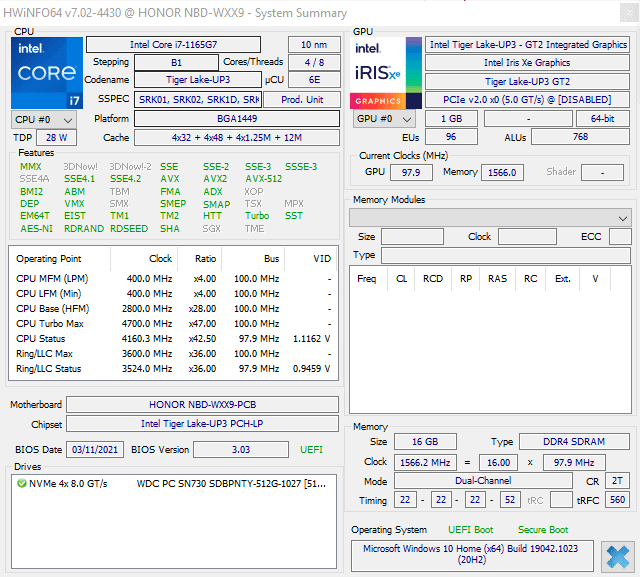 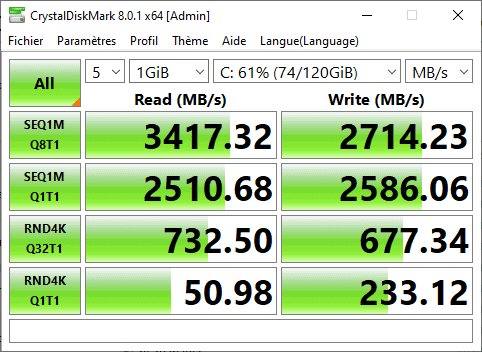 Honor, therefore, chose Intel and its Tiger Lake platform for its MagicBook 14. In this case, the Core i7-1165G7, a low-power Quad-Core processor. The interest of this CPU, its rather powerful integrated graphics chipset—an asset, both with programs capable of exploiting GPU acceleration and occasional gaming. Do not expect to run the last triple A’s, but a small game of Fifa 21 will not pose many difficulties. 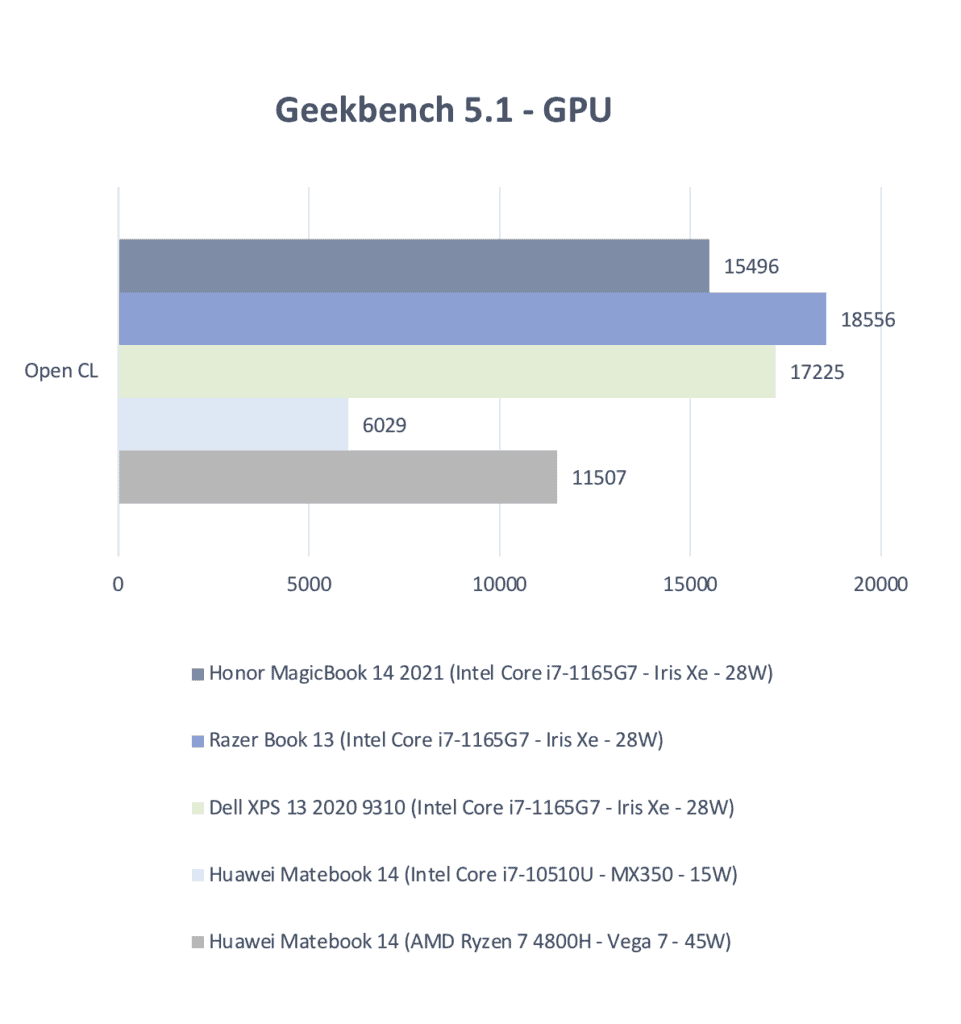 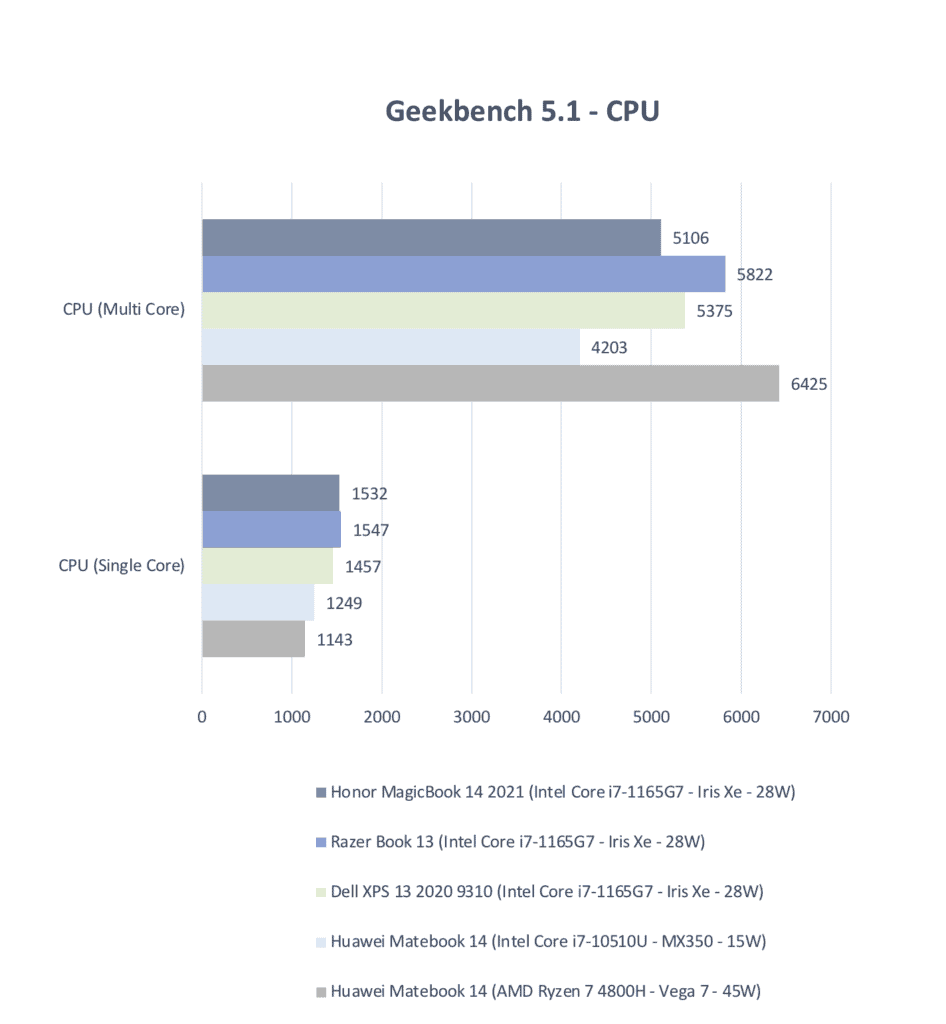 Two USB-A ports, one USB-C, one HDMI output, and a 3.5 mm headphone/microphone jack, a connection certainly reduced but where the essential is still present. 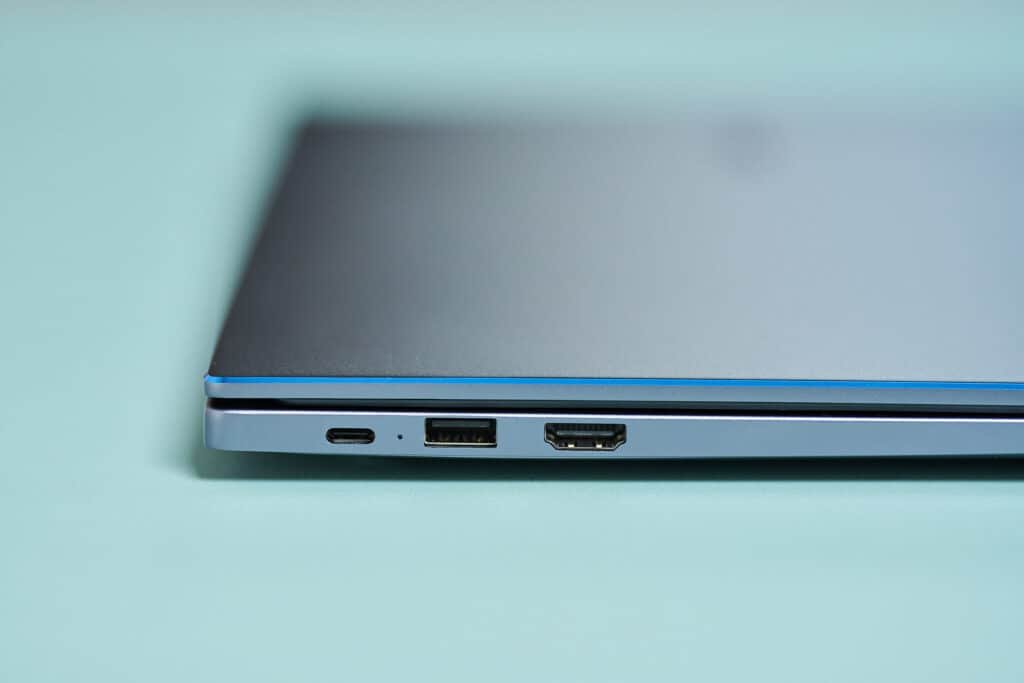 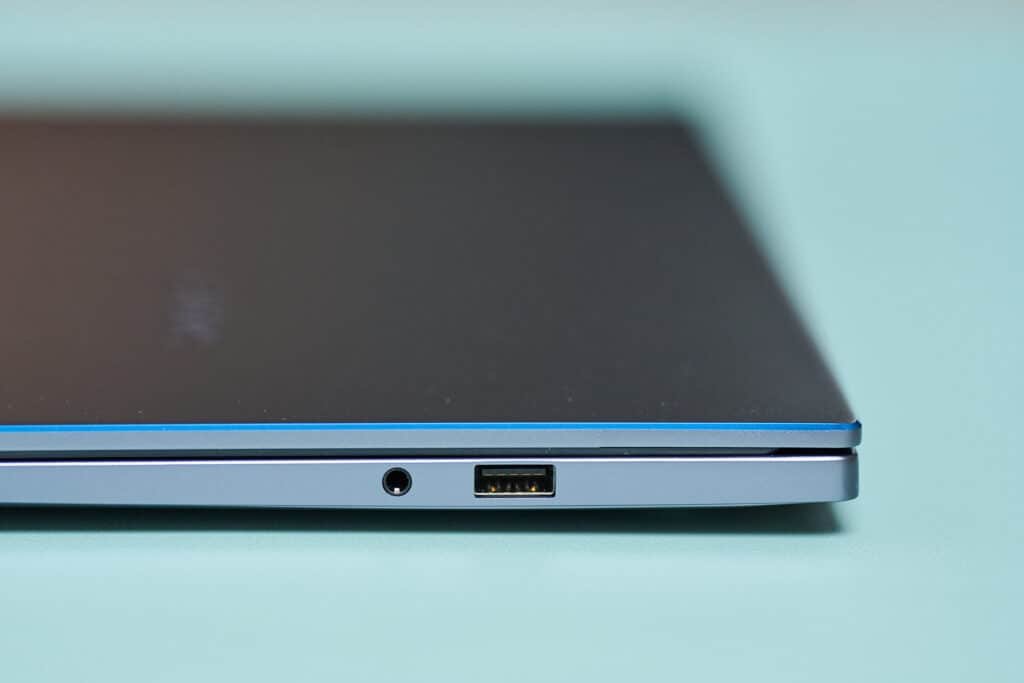 However, we regret that one of the USB ports only supports the USB 2.0 standard and especially that the mains charger permanently occupies the USB-C port. Another disappointment is the lack of compatibility with the Thunderbolt standard; even though a Tiger Lake processor generally implies it, this technology is natively supported. Finally, it does not support Display Alt mode and cannot be used with an external display. It will be necessary to be satisfied with the HDMI port. 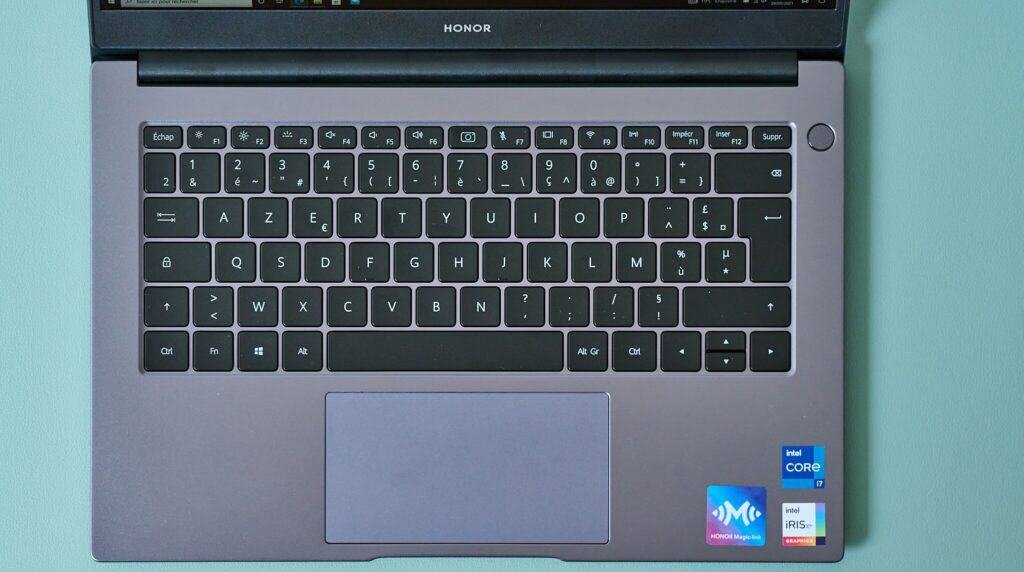 Despite a limited spacing (2.8 mm) and a somewhat short stroke (1.1 mm), typing on the keyboard of the MagicBook is very pleasant thanks to the generous dimensions of the keys (16.5×16.5 mm) and the muffled noise produced when typing. This is one of the strengths of the MagicBook 14.

Like the other laptops of the brand, the keys’ backlighting is there only to be illusory. The fault is a glaring lack of intensity, even in the evening when the ambient light is at its lowest.

We will console ourselves with the presence of a fingerprint reader (Windows Hello). Convenient and quick to unlock your Windows session without having to enter your password.

The touchpad (122×65 mm) does not call for criticism, both in precision and glide. The Magic-link sticker indicates the location of the NFC zone intended to facilitate connection with an Honor smartphone to exchange data, documents, or even mirroring your phone if you have one of the latest flagships.

In addition to performance gains, the switch to the Intel processor allows autonomy to progress significantly. The MagicBook 14 thus displays an average battery life of 9h30 (WiFi active, brightness at 140 cd / m2). Enough to meet the needs of most students and other mobile users. The power supply is light (200g) and compact (60x60x28 mm). It comes with a 1.8m USB-C cable.

By choosing to go upmarket, Honor has to face much more competition. Therefore, the task will be more difficult even if the MagicBook does not lack advantages, starting with its chassis and its elegant design. The comfort and efficiency of the keyboard are also to be commended. Autonomy is not left out, as is the panel’s brightness, in the high average for the category.

The choice of a Core i7 Tiger Lake, associated with 16 GB of RAM, allows you to enjoy solid performance capable of meeting the needs of most nomads.

You will understand, the MagicBook 14 is an attractive ultrabook in more than one respect. There remains the question of the price. Offered at 1210 USD on the occasion of the launch (June 2021), it is much less aggressive than usual. The current context associated with the supply difficulties of certain components is undoubtedly not unrelated to this. Be that as it may, the Honor ultrabook will have to deal with more competition and just as well-armed – if not better – to attract potential buyers.