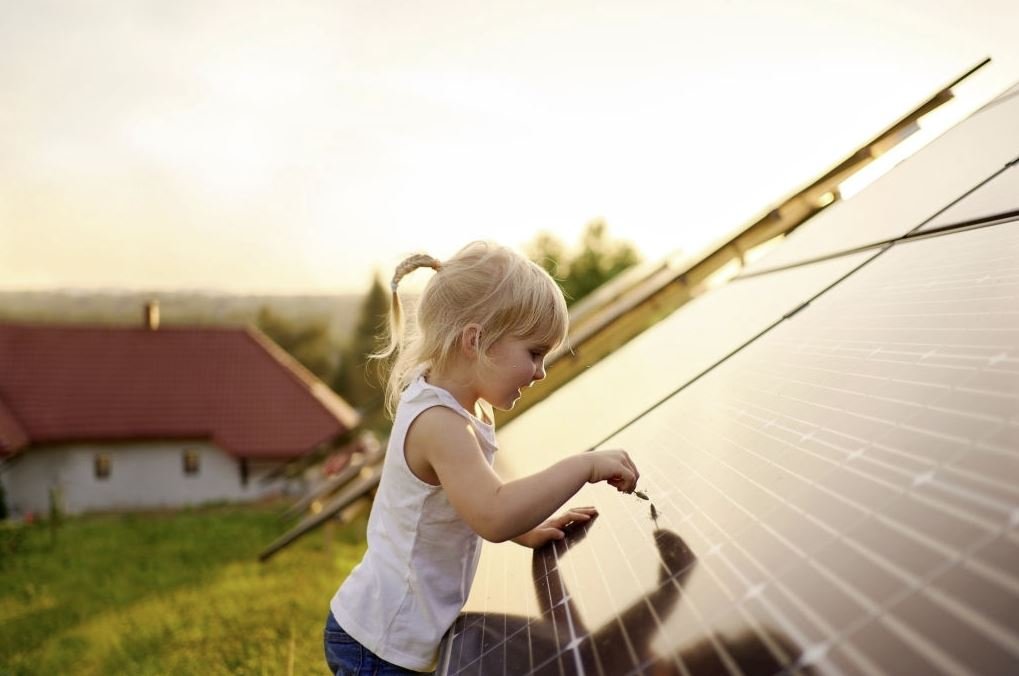 Not everybody is aware of just how common solar technology is. They still think of solar power as something that will eventually become common in the future. The truth is, the United States has already produced enough solar power capacity to provide for the needs of more than 12 million American households!

Of course, as solar panel technology becomes more common, people start to learn more about it. How exactly do solar panels work? How does energy from the sun get transformed into electrical energy that you can use for your home?

The governments of many countries allocate colossal amounts of budgetary funds, sponsoring projects aimed at developing solar power plants. Some cities make full use of electricity from the sun. It should be noted that the principle of operation of solar panels for the home is quite complex.

There are a lot of nuances and confusion in the subject of “solar energy.” It is often difficult for beginners to understand all unfamiliar terms at first. But without this, it is unreasonable to engage in solar energy, acquiring equipment for generating “solar” current.

Unknowingly, you can not only choose the wrong panel but also simply burn it when connected or extract too little energy from it.

First, you need to understand the existing types of equipment for solar energy. Solar panels and solar collectors are two fundamentally different devices. Both of them convert the energy of the sun’s rays.

However, the consumer receives electrical energy at the outlet in the first case. In the second, thermal energy in a heated coolant, i.e., solar panels, is used to heat the house.

Read on to learn all about how solar panels work!

What Exactly Are Solar Panels?

Some people think that solar panels work based on the heat of the sun. But actually, solar panels that stay cold will still produce electricity if they get sunlight. So how do they work?

One of the most important things to understand about electrical production is that moving electrons will create electricity. That is how generators work. They use a source of power, usually fossil fuel, to create a spinning object. By attaching magnets to that spinning object, they push electrons down a wire, creating electricity.

In the case of solar panels, magnetic fields are created by putting phosphorus into a layer of silicon. Then, boron is added to an adjacent layer in the photovoltaic cell.

If sunlight then strikes this cell, it knocks electrons free. Those electrons are then pushed out of the cell.

When you get down to it, moving electrons is what electricity actually is. Thus, this process creates electricity!

Solar panels were invented a long time ago. The effect of converting light into electricity was first discovered by Alexander Edmond Becquerel in 1842. It took almost a hundred years to create the prototypes.

In 1948, namely on March 25, the Italian photochemist Giacomo Luigi Chemican could do what we now use and develop. In 1958, the technology was first tested in space as a power source for an American satellite called Avangard-1. The satellite was launched on March 17 and May 15 of the same year. Technologies began to be massively applied in different countries almost simultaneously.

Most advances in solar technology come down to the ability to put more and more layers into a smaller space. More layers of phosphorus and boron mean more electricity created from the same amount of sunlight. Modern solar panels can save a household hundreds of dollars in electrical costs every year!

The more that you learn about solar panel benefits, the more you might be interested in your own solar panel installation. Talking through the solar panel guide with someone is a great way to find out if solar panels are the right choice for you. To learn more solar panel tips or to find a quality supplier of solar panels for your home.

We hope that you were able to find some of the ideas in this article about how solar panels work to be helpful for you. As the most advanced version of solar technology continues to improve, solar technology will be a more and more common part of our lives. If you don’t learn about it now, you will still learn about it eventually.

Sooner or later, practically everybody will be benefiting from the advantages of solar technology in one way or another. Why not be one of the first people to do so rather than one of the last? To keep up-to-date on the latest developments in business, technology, and more, take a look through our other articles!

How to Calculate Solar Energy

In theory, to calculate the energy of a solar cell, you multiply the watts (of the solar panel) by the number of hours you have been in the sun. For example, if a 20W TV is turned on for two hours, its battery will require 20×2 = 40W per day.

In practice, this method does not work since there are many external factors, such as seasonal differences, climatic, etc.

The British organization, Solar Technology International, gives an example: on an average winter day in the UK, the period of sunshine is only one hour, on summer days – about six hours of sunshine. So, in winter, a 10-watt panel will supply 10-watt power back to the battery (10-watt x 1 = 10 watts). And in summer, a 10-watt panel will provide 60-watt power back to your battery (10-watt x 6 = 60 watts).

Solar cell manufacturing technologies and devices differ mainly in silicon deposition. Most systems use the following types of modules:

It is also possible to install the following devices:

The sun’s energy belongs to alternative, renewable sources; its use is considered a progressive method of energy consumption. Its benefits are described as follows:

People who are skeptical about the installation of solar panels operate on the following facts:

Solar panels are an alternative energy source in the form of panels (stationary or flexible, portable). The panels are composed of semiconductor elements capable of converting solar energy into direct current. The peculiarity of solar panels is that they cannot work around the clock; therefore, they need additional equipment: a battery and an inverter (to convert direct current into alternating current).