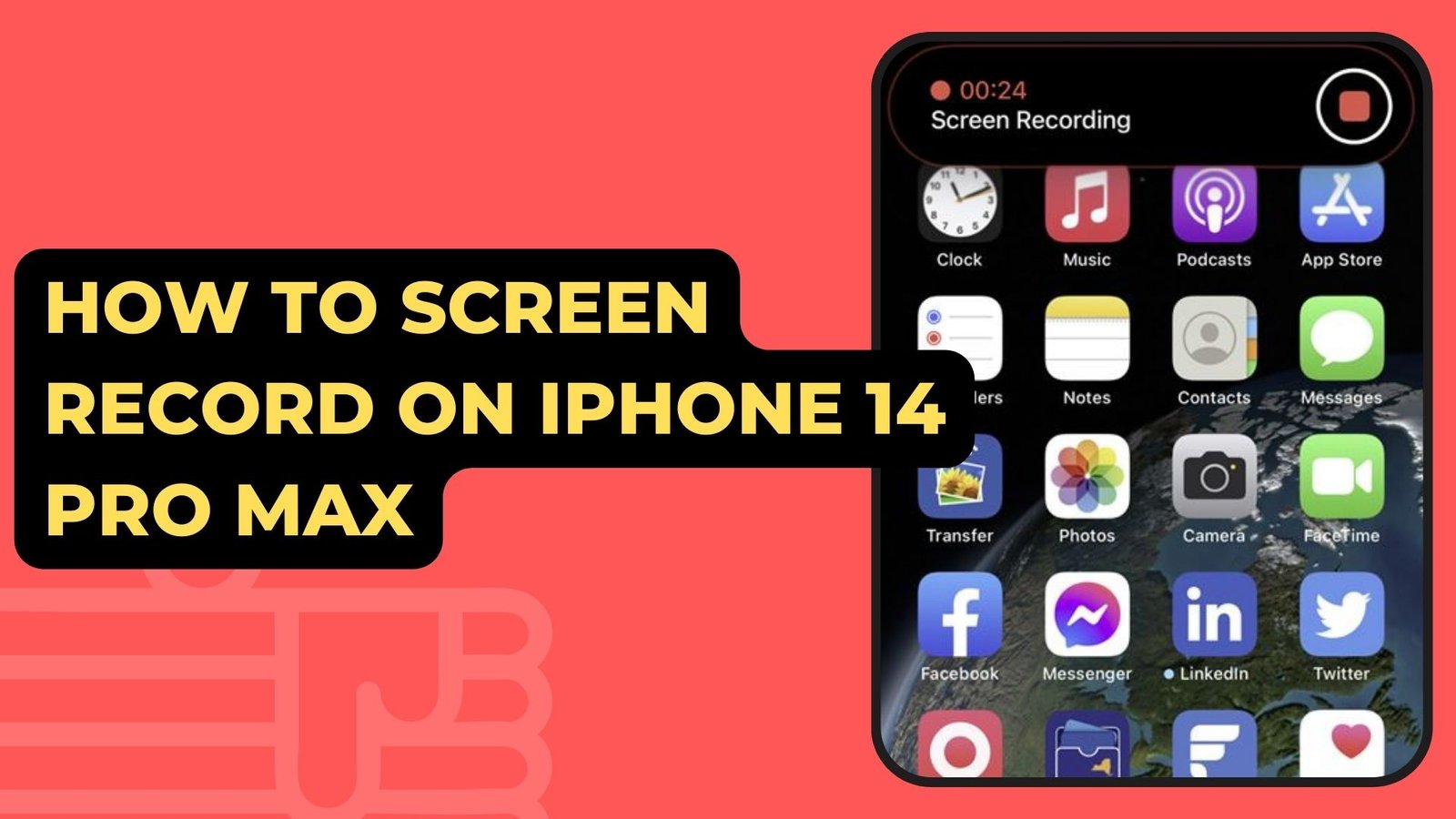 The iPhone 14 Pro Max includes a screen recording feature. I’ll show you how to record a video from the iPhone screen, with or without sound.

Which iPhones have built-in screen recording

You don’t need to install any third-party apps for this because the built-in ability to record what’s on the iPhone’s screen was introduced with the release of iOS 11. Because the function is not visible, it is understandable that not everyone is aware of it.

How to Record Screen on iPhone and iPad

To start, go to Settings > Control Center > Customize Controls and tap the green icon next to Screen Recording. This will add a recording icon to the “Control Center.” 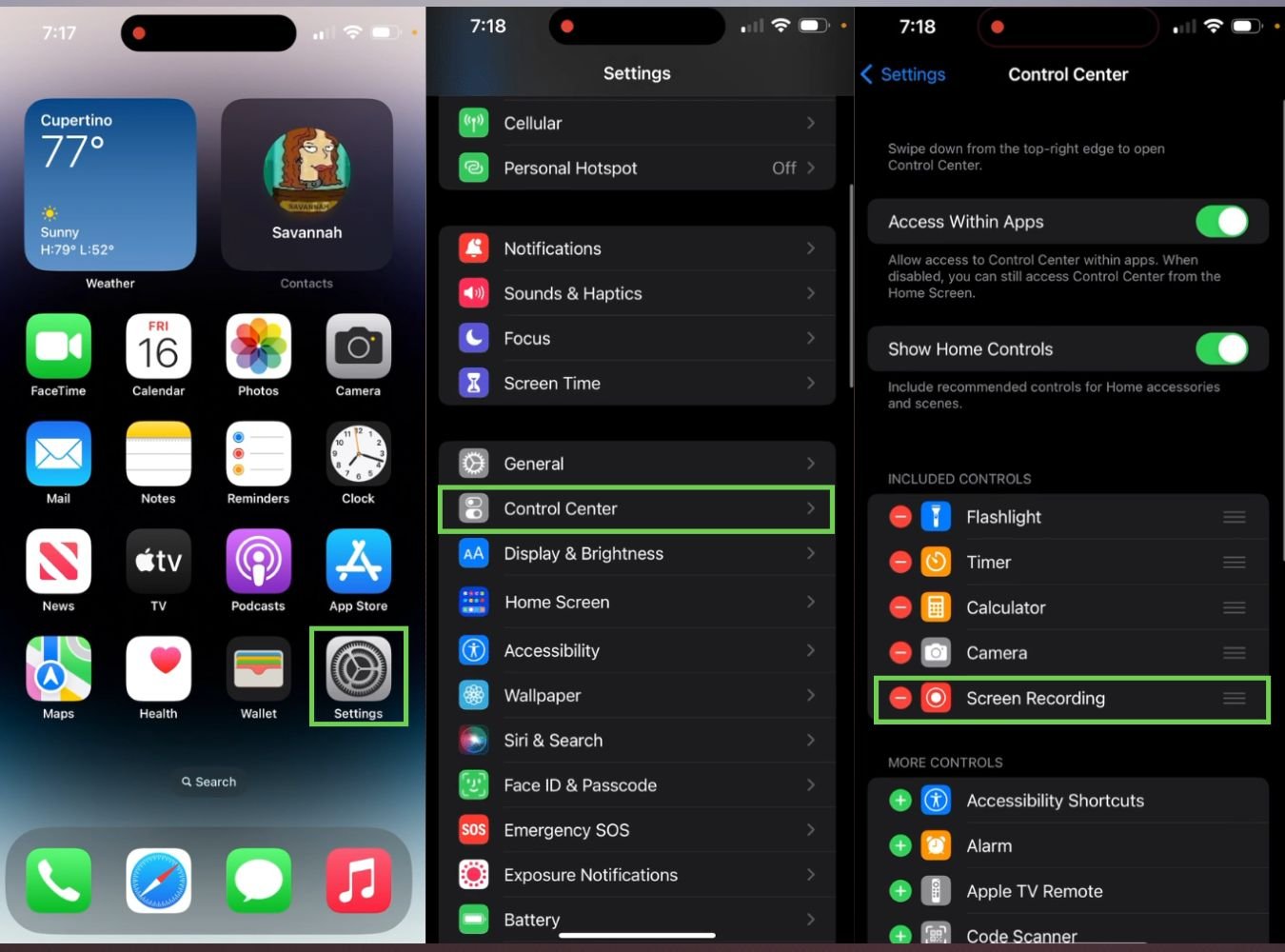 How to Record Screen Step by Step

To enable video recording, press the record icon twice, or press and hold to turn the microphone on or off. You can also use a third-party extension, such as Facebook Messenger’s video streaming or Zoom’s screen sharing.

If you left the default settings, open the Photos app to see the newly created video. 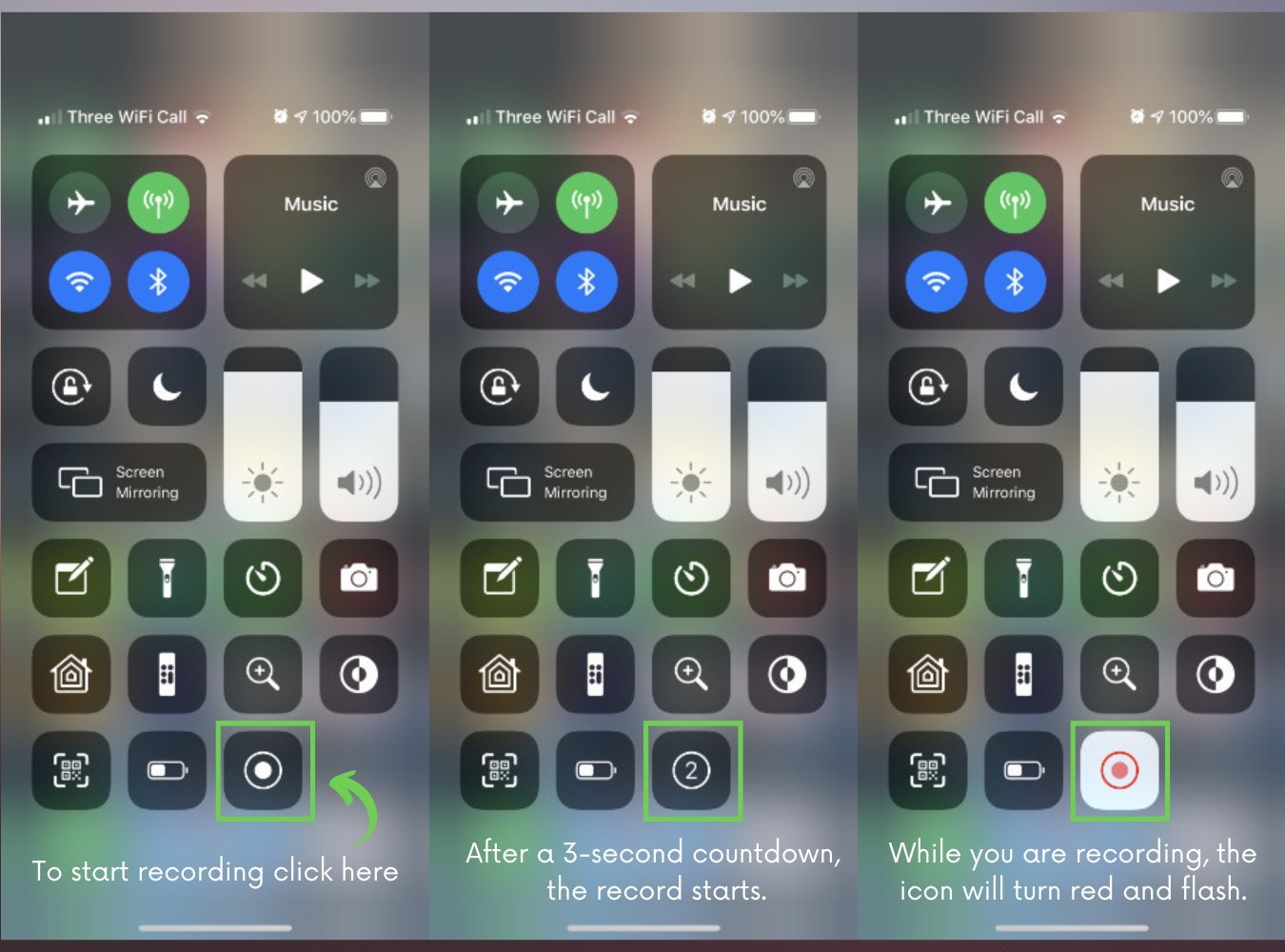 When you press the record start button, a 3-second countdown begins before the recording begins. While recording is taking place, the icon will turn red and flash.

The microphone is disabled by default, which is why the screen recording is silent.

To activate or deactivate the microphone, press and hold the record button. Activate it in the window that appears.

Every time you want to record a screen on an iPhone with sound, you must activate the microphone by long-pressing the icon. 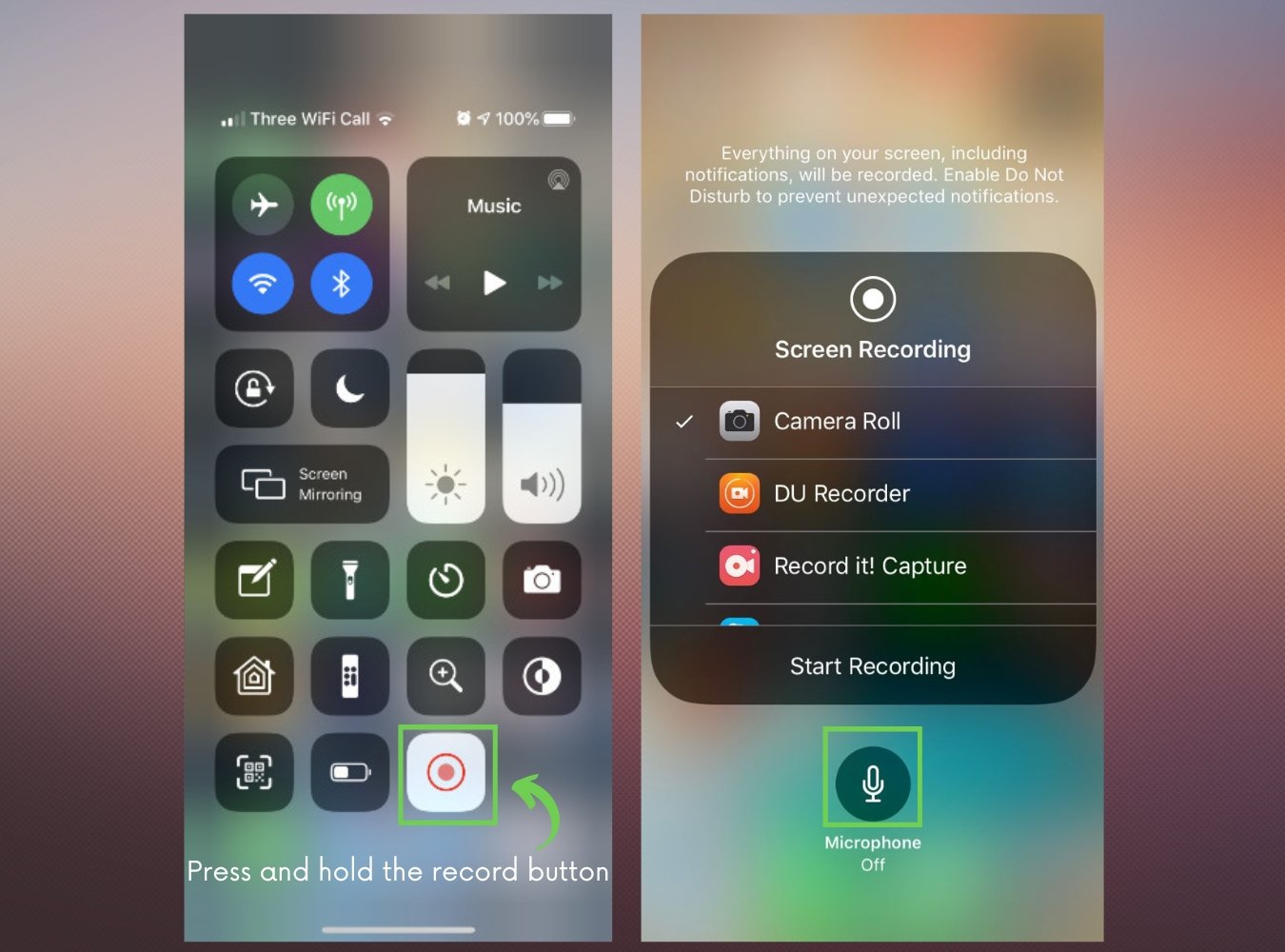 QuickTime Player is a standard macOS player that can record an image from the screen of a connected iPhone or Mac.

First and foremost, determine which equipment will and will not work. Your iPhone must be updated to the latest version of iOS and have a Lightning connector, which is available on phones starting with the iPhone 5 and tablets starting with the iPad 4 and later. As a result, the iPhone 4S and iPad 3 do not support this feature.

Connect your smartphone via cable to your Mac and launch QuickTime. Select File > New Video Recording from the top menu. 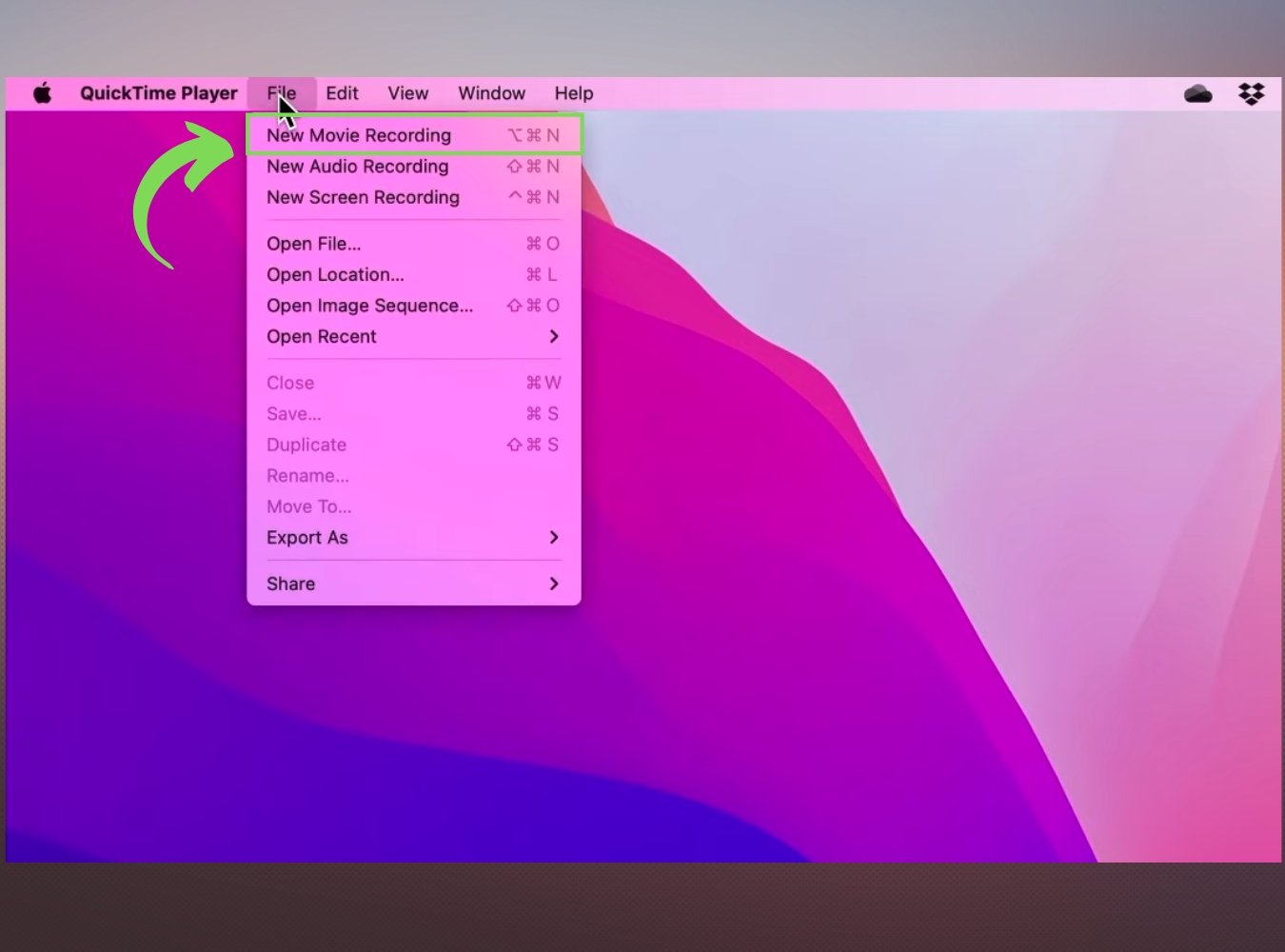 By default, a window will open that displays the video from the built-in camera. At this point, the player will ask for access to your Mac’s cameras and microphones.

To the right of the round red record button, click the small down arrow.

Choose your device’s camera and microphone from the drop-down list in the field. You can also choose the video quality from this menu. Be careful with this parameter because it could cause the size of the final file to grow by a lot.

On the Mac screen, the exact “cast” of the image from your iPhone will be displayed. To begin recording, press the red round button (click on it to stop).

There is no automatic save in this case. As a result, once you’ve finished recording the iPhone screen, don’t forget to select “File” and “Save” from the top menu. 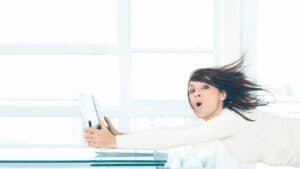 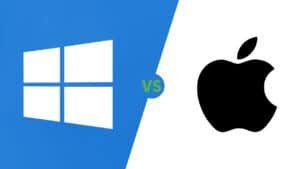 Choosing a Laptop for Students: Windows or MacOS 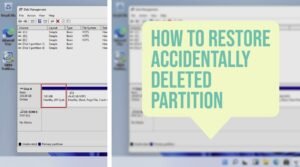 How To Restore Accidentally Deleted Partition 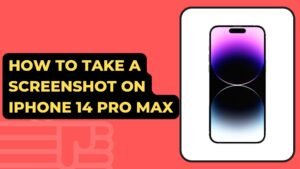 How To Take A Screenshot On iPhone 14 Pro Max 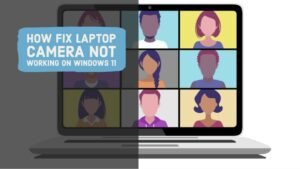 How To Fix Laptop Camera Not Working on Windows 11