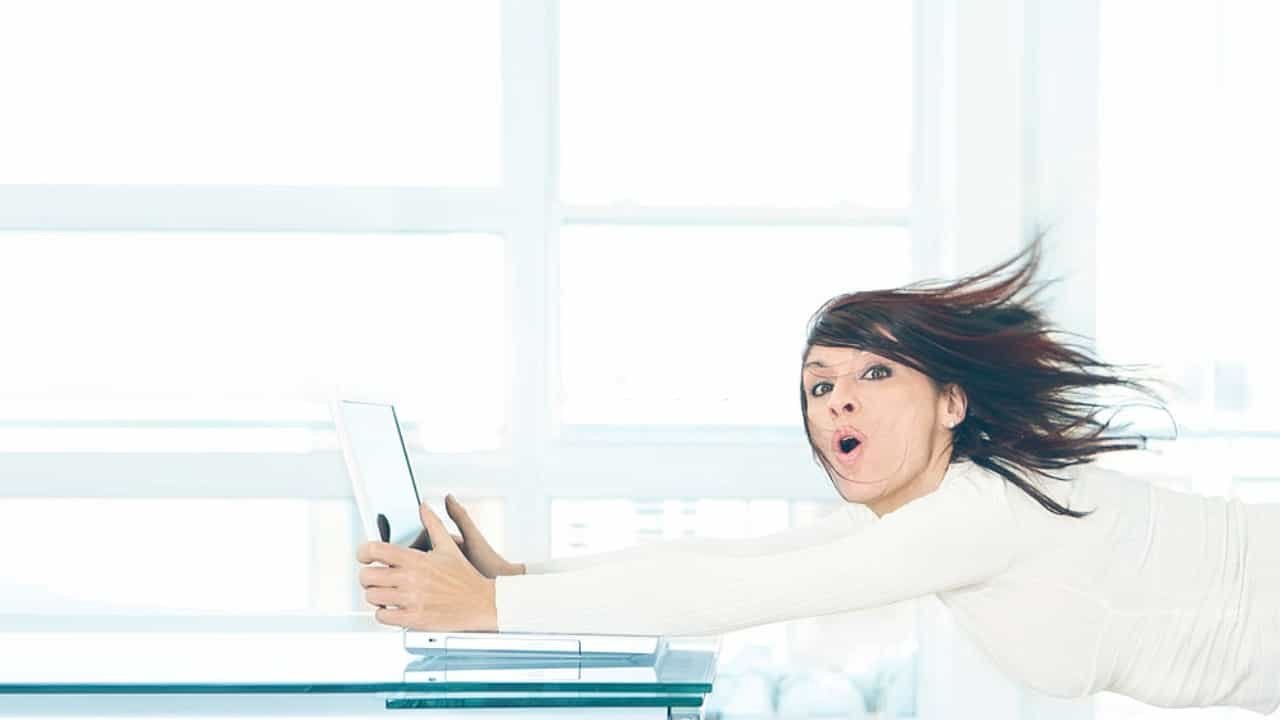 Internet providers or ISPs love to sell to the four winds the maximum speed that their lines can reach… up to 100 Mbps, up to 200 Mbps, up to… But many times we end up getting home much less than promised. Check the real speed of our line we can use the following speed tests. 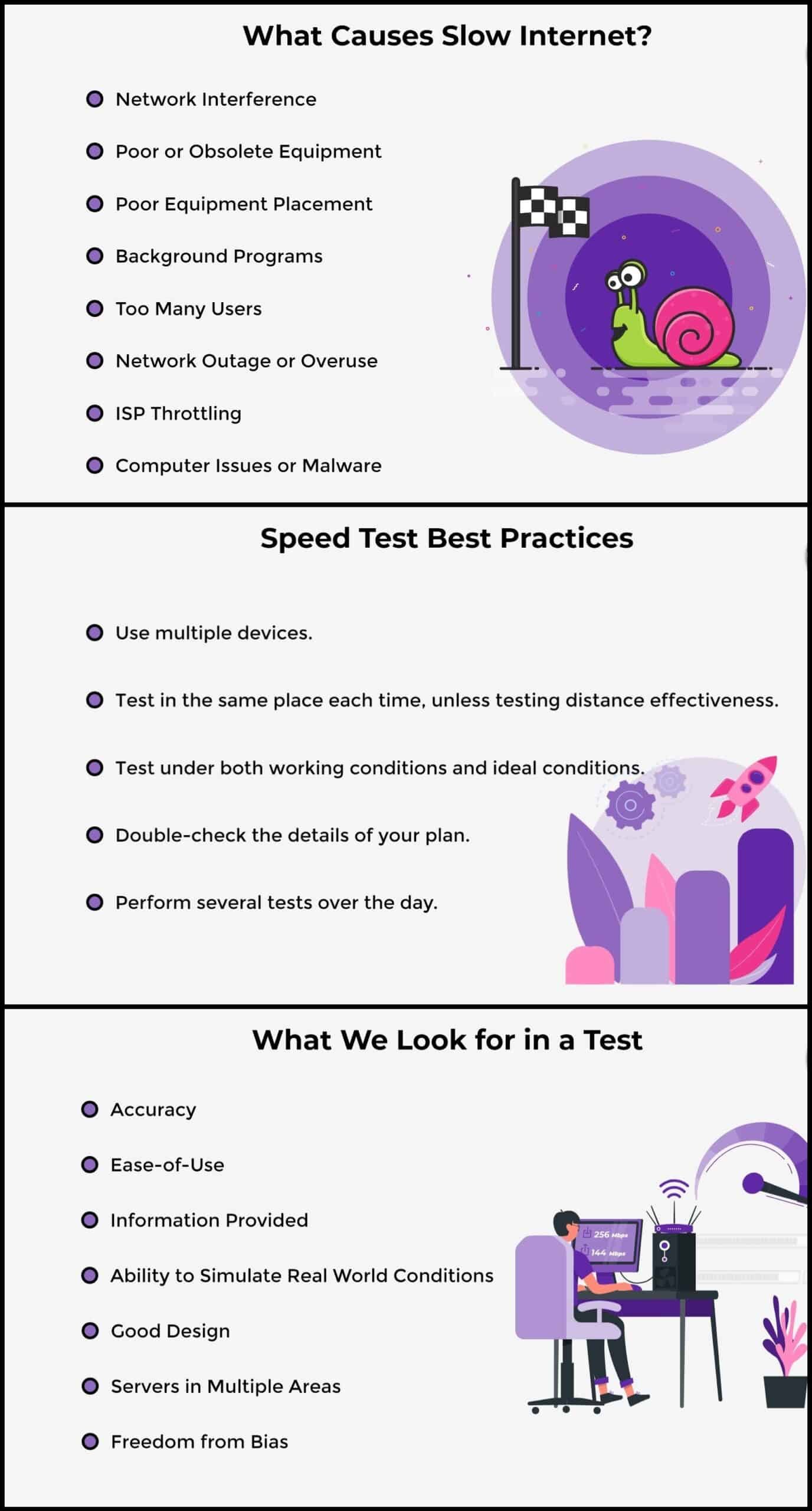 nPerf.com is one of the most comprehensive speed tests.

To get started, you can choose the server you want to test on. There are a lot of locations.

After the test, which is quite fast, you will get the data of download speed, upload speed, latency and jitter (something that very few tests offer).

Finally, you can visit their website and create an account to save the history of your tests, as well as share your results or compare them with the rest of the users.

Of course, the web works perfectly on the mobile, but if we want, we can download the applications they have for iOS , Android and Windows Phone that further expand the functionality by performing tests on specific websites such as Google, Facebook, Wikipedia, etc.

Fast.com is a speed test owned by Netflix, so it is very useful if we have slowdowns in the streaming service.

The test can be run on both a computer and a mobile phone, it loads fast and is very fast. It is, without a doubt, the fastest test. However, the results are somewhat less accurate than its rivals (5-10 “megabytes” error). Still, it’s so fast that it pays off.

Another interesting page to see the average speeds of Netflix is IPS Speed ​​Index. Here we can see which are the best internet providers to use with Netflix.

SpeedOf.Me was one of my favorite speed tests (it was one of the first to do without Flash), now I think there are better ones.

It works with HTML5, so it works perfectly in the mobile browser, it is not necessary to install any application and it is designed to replicate real browsing conditions. Although its appearance is not particularly careful, it is very reliable and currently has 88 servers in various geographies.

If you register, you can even track your results against previous tests.

Speedtest.net is probably the most popular speed test on the internet. So much so that it has applications for Android , iOS and Windows .

It is very reliable and you can use it on your mobile without having to install the app if you give the option to see the “Version for computer” in the browser.

However, what I like the most about Speedtest is the statistics page where you can see the ranking of countries ordered by the average speed of their connections, both mobile and fixed.

In DSL Reports we can perform a speed test or a ping test. In addition, it performs the tests on servers in different countries automatically, so we can see the ping that our connection has when we communicate with other countries.

It works on both computer and mobile, although on mobile it is not as accurate (it consumes many resources).

At TestMy.net you can manually select the server on which you want to test the speed. There aren’t too many, one pair per continent, which is usually enough.

Also, at the end of the test, you can see a graph of your speed compared to others: your ISP, your city, your country and the whole world.

Although it works both on computer and mobile, on mobile the results are usually not good.

Although Ookla’s Speedtest.net app is available on both Android and iOS, there are other apps that I like better.

How do understand the data that the speed tests give me?

What are the recommended values?

How does a speed test work?

When starting a speed test, the first thing to do is to determine your location and locate the closest test server.

With the test server set, the test begins by sending a ping signal to the server, and the server responds. This simple test measures the time in milliseconds it takes for a communication to travel (round trip).

After the ping is complete, the download test begins. The client opens multiple connections to the server and tries to download a small chunk of data. At this point, two things are measured: the download time and the number of network resources that have been needed.

If the code detects that the client, your connection, still has more network resources available, it opens more connections to the server and downloads more data. By having more connections open, the download is accelerated.

It is like a highway with speed limits. By opening more lanes (connections) more cars can circulate (data).

The idea is to open the necessary connections to saturate the client’s connection. For this reason, when we do a speed test we see how the speed increases little by little and not suddenly.

Once it is determined that the client has the correct connections open to testing their Internet connection, the last tests are done in which more additional data packets are downloaded. At that moment the time it took is measured and the maximum download speed is calculated.

Finally, it only remains to perform the reverse process to determine the upload or upload speed.

In general, speed tests themselves are straightforward, but there are many variables to consider that can affect their accuracy: 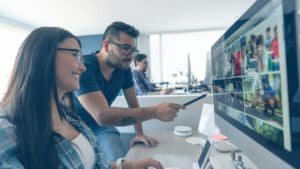 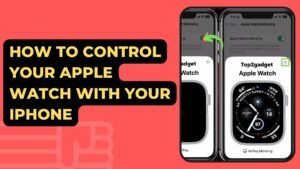 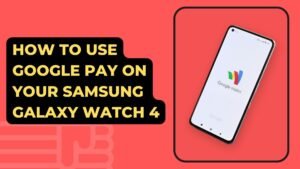 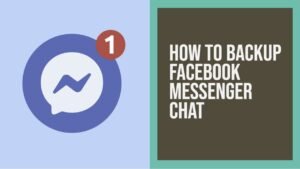 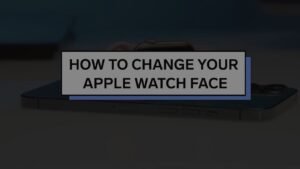 How To Change And Customize Your Apple Watch Face