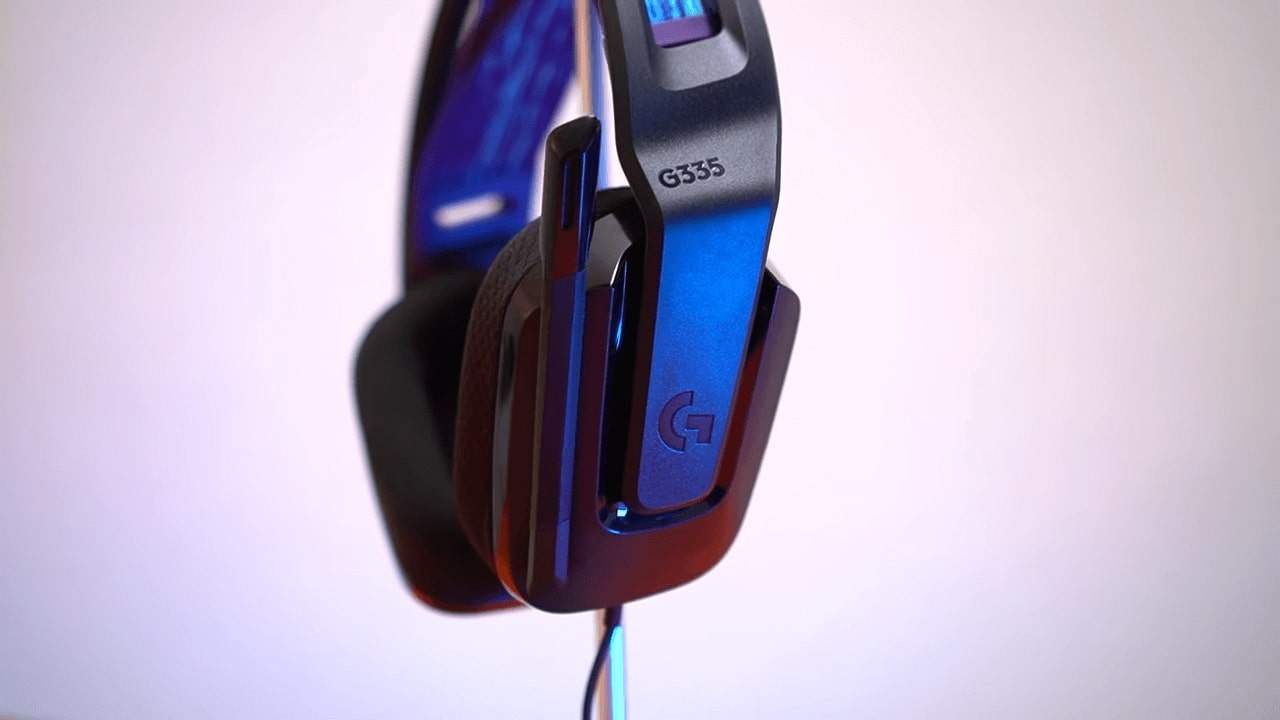 Logitech G, a Logitech division and manufacturer of professional-grade gaming peripherals. The new Logitech G335 wired headset. The headset will add to the collection of stylish accessories Color Collection and differs in high sound quality and trendy colors of both versions available on the market. Also among its advantages are compactness and lightness of design, support for PCs, game consoles, mobile devices, and ease of management. The G335 is the smaller, wired version of the Logitech G733 headset, which has already conquered the market with its striking modern design and exceptional sound quality and comfort. 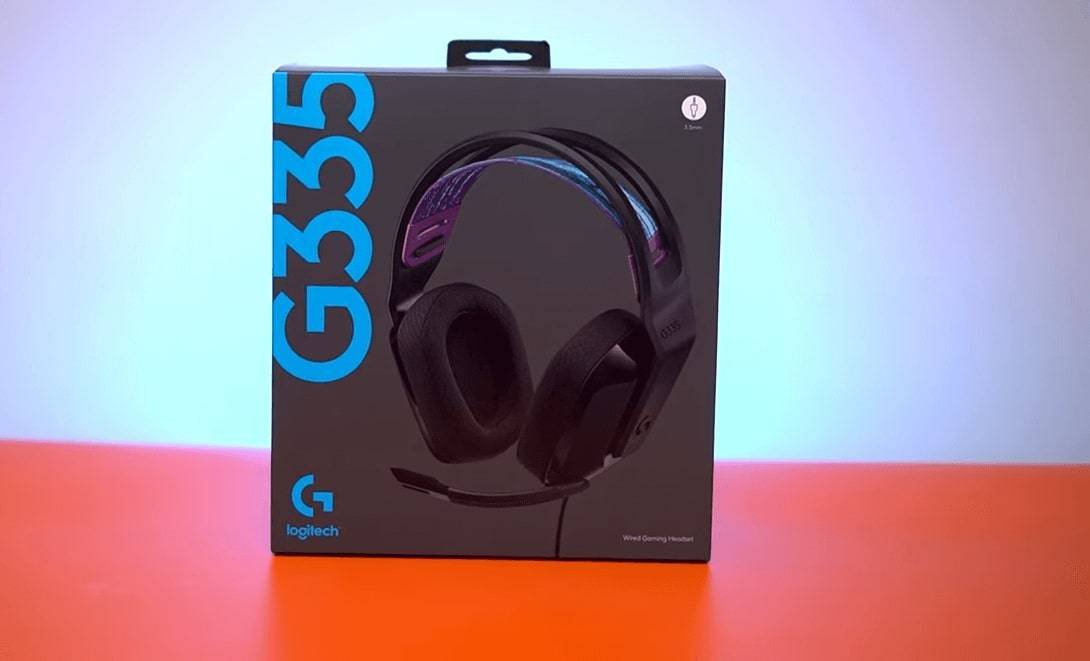 The Logitech G335 is a full-size over-ear headset but weighs just 240 grams, making it one of the lightest gaming headsets on the market. The comfortable, flexible headband adjusts to fit the user’s head. It does not pressure even during long gaming marathons—soft fabric ear cushions with memory foam for maximum comfort and sound isolation.

Logitech G335 is available in black, white, and the new “mint” color. Visually the differences between this G335 and the G733 are minimal; only the absence of RGB, the presence of the cable, the passage here to a folding microphone rather than removable, and the few commands less make it possible to distinguish these two references. 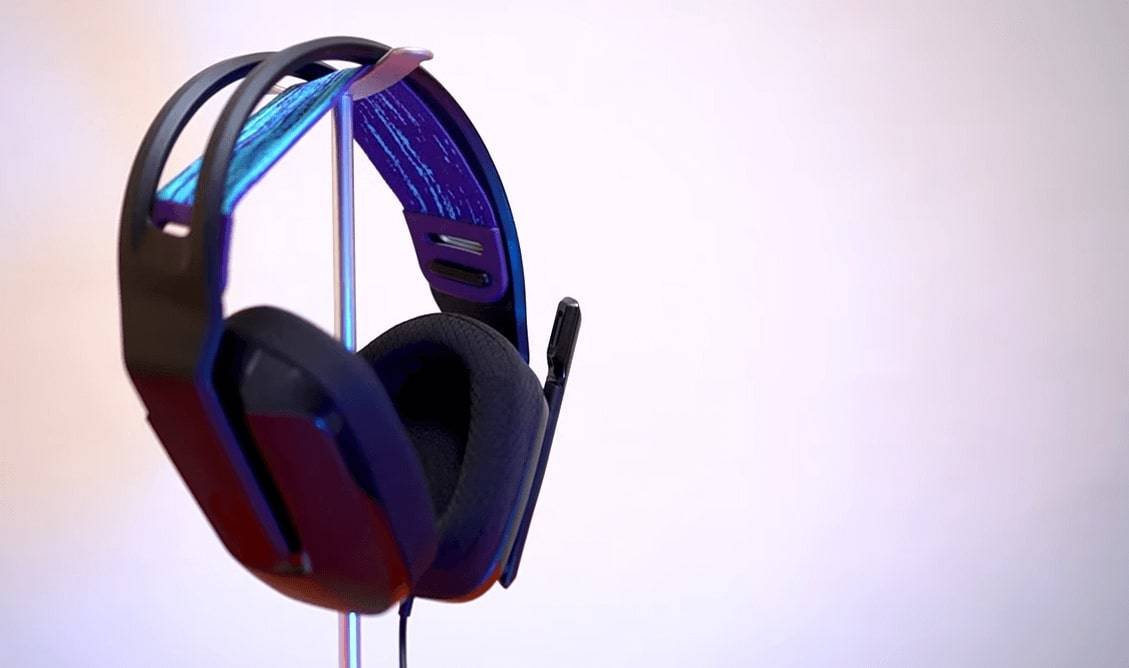 The materials used are strictly the same, from the headband to the ear cups and the ear cushions.

Plastics are relatively soft and inexpensive, and like the G733, one can only see that lightness has taken precedence over robustness, and it is hard to say that this helmet will follow you for many years to come. It will be necessary to be cautious when carrying this headset and avoid any falls and other shocks. 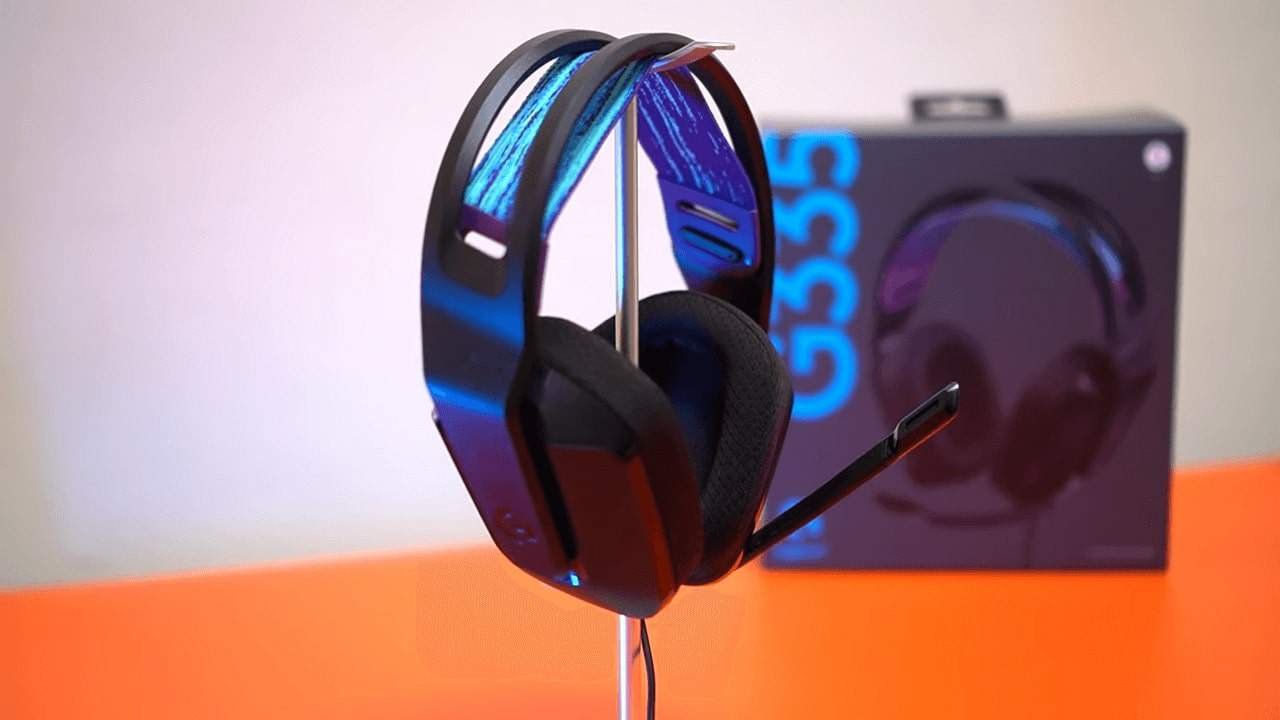 The ergonomics are not excellent either; the ear cups rotate only slightly on the vertical axis and are adjustable in height by 5 cm at most. The G335 will probably not adapt to all body types. However, we quickly forget these constraints when wearing a headset for the simple reason of its lightness: we do not feel any pressure on the skull or the ears. The fabric pads are also very comfortable in favoring no heat and sweat. On the other hand, they do not isolate themselves from the external environment. 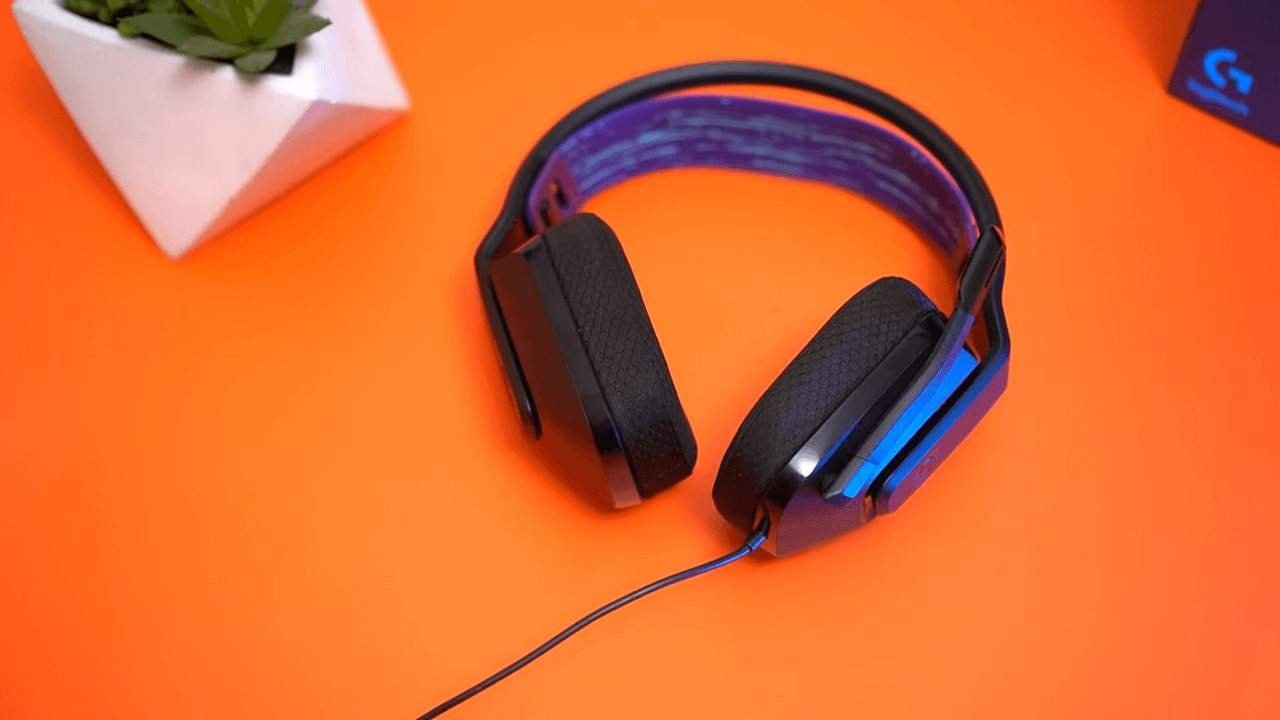 The headband adjusts well to the shape of the skull, and being able to position it on two levels is a little extra. However, we prefer the adjustable headband concept of the SteelSeries Arctis Prime, which leaves much more amplitude to adapt to any morphology.

The G335 is equipped with a 3.5 mm jack cable, which generally leaves enough amplitude to connect it to a PC or others without dragging too much on the ground. And precisely. we will have to be very careful not to leave it lying around, for two reasons:

Again a significant disadvantage for durability! Hopefully, one of these days, this “throw-away” trend will be behind us.

On the practical side, it is quite simply nothing. The headset only has a single volume wheel on the left ear cup, and as it is an analog connection, it is not compatible with the in-house software, G Hub.

Fortunately, this connection erases one of the significant weak points of the G733 since it can connect this headset to a smartphone and a PC, a Nintendo Switch, or other game consoles. Remember that the G733 can only be connected via its dongle, limiting its use almost exclusively to the PC!

The experience is better than with the G733 period. The mute function, raising the microphone, is welcome; however, the flexible area of ​​the rod (rubber) catches all the dust that passes through it.

The 40mm neodymium transducers have not moved as well; however, the sound signature seems to have evolved somewhat compared to the G733. The audio rendering is slightly less balanced with low frequencies ahead, highs still as aggressive, and mids that seem to lack precision.

When listening, the result is a headphone that is sorely lacking in musicality; for example, on tracks where the violin is mainly expressed, it quickly becomes unpleasant to the ear.

It’s already better on more recent playlists. The same goes for metal lovers.  The lack of surround sound, the signature sound, and the somewhat cramped stereophony of the G335 do not make it a benchmark for immersion and great scenario games with multiple cutscenes. However, the result is surprisingly good in competitive FPS-type games. 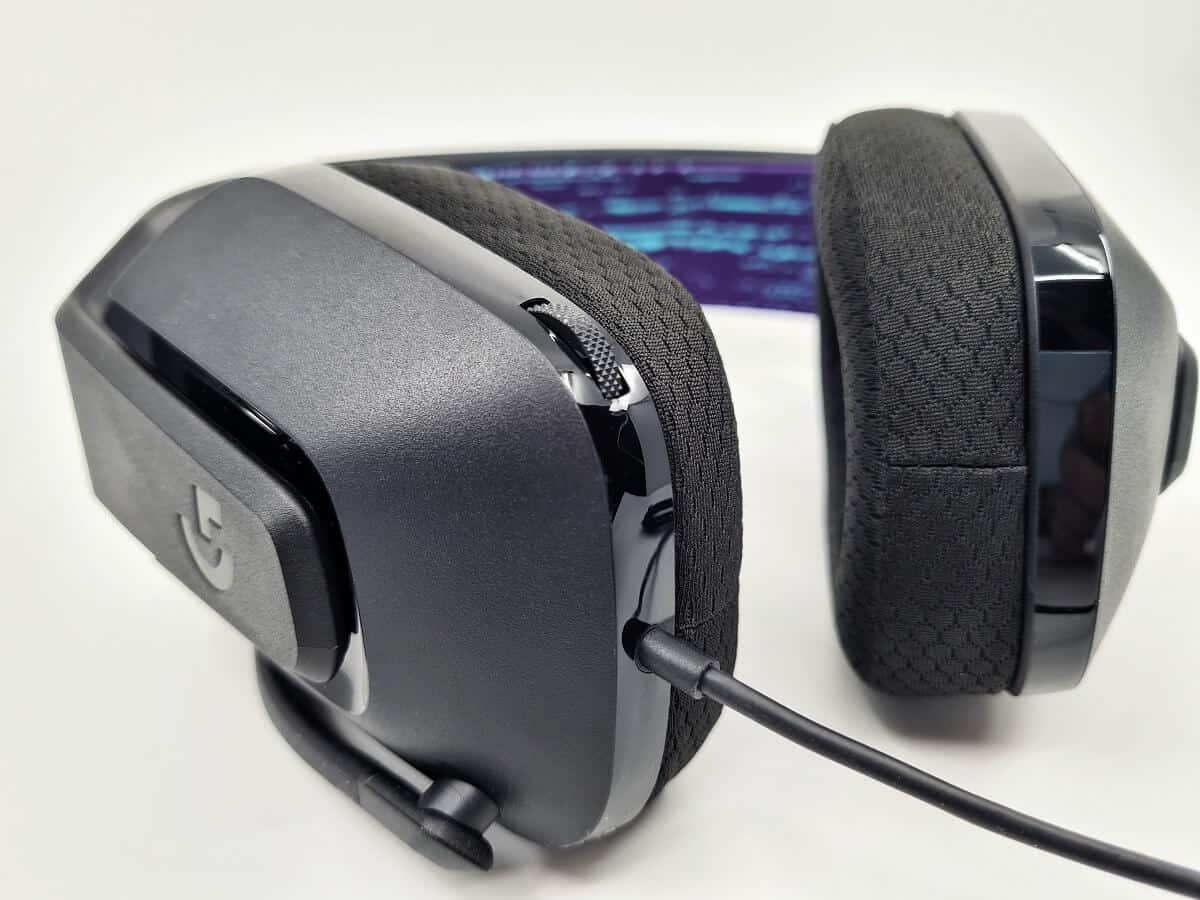 The directivity of the sounds isn’t particularly its strong point, but the emphasis on the treble puts the gunfights in the foreground, a good thing for concentration. Despite this, the explosions sound correct but never hide the sounds of shots, footsteps, or other audio elements necessary for decision-making.

In short, without touching an equalizer, we will reserve this headset more for games like Call Of Duty, Apex Legends, Fortnite, or Overwatch.

The G335 is a successful wired version of the G733, which gives us much more versatility thanks to its analog connection, a perfect microphone for communications, and decent audio rendering in-game, without being flawless. An all-plastic helmet has the merit of being very light but whose long-term use raises questions.