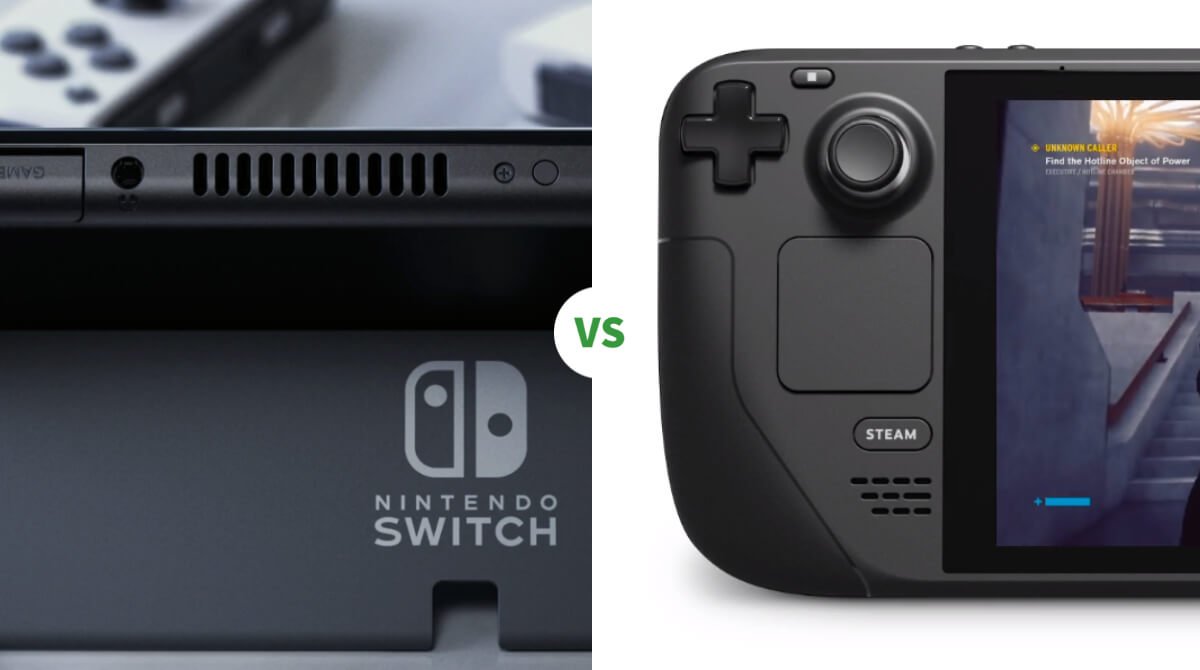 Valve entered a new market for itself with the announcement of the Steam Deck. They immediately began to compare it with the best-selling console of our time – the Nintendo Switch.

Gaben’s subsequent attack on the gaming device market will change something. And the most obvious competitor is Switch. Given the non-obvious readiness of Nintendo to release a new and improved console in the coming years, it’s time to compare the two primary weapons of the gamer in absentia. And not only them. Get ready – we have a mountain of everything to discuss.

The new Valve console is precisely similar to the Switch, excep without removable elements on the left and right, where the joysticks and buttons are located. The device will work on a particular version of SteamOS. The main advantage of the device is support for games from the Steam library.

The Steam Deck is almost 3 times thicker, nearly the size of an elbow, but it weighs half as much. As an expert, it can be noted that Valve was focused not on Huawei but its neighbours in the American office with a Macbook – 304.1 x 212.4 x 16.1 mm. The impressive thickness of the Steam Deck will fit into a large bag or backpack but won’t fit into most laptop cases and other compact carriers.

Switch the new version with OLED – 4 x 9.5 x 0.55 inches with attached controllers and 0.93 pounds (422 grams). The controllers stick almost 15 mm, but they can be removed and shoved along with the portable into any slot. 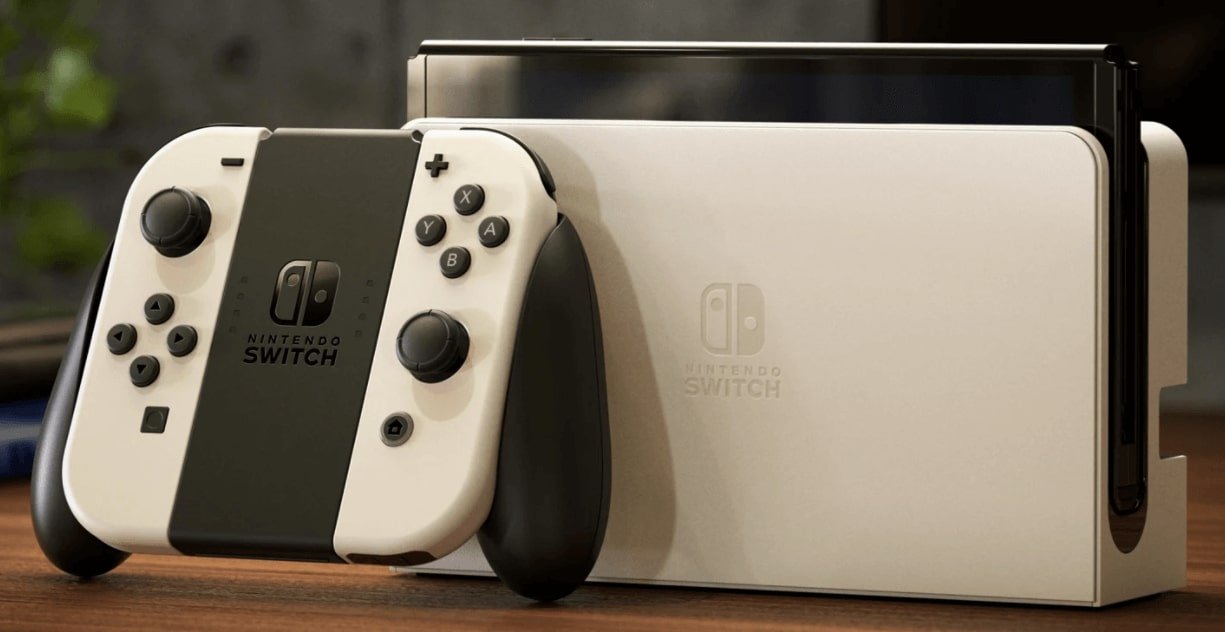 We take a keyboard in our hands, sit in the pose of a mobile gamer and check the sensations for 15 minutes. Chances are, your keyboard, if there are no additional blocks for power, backlighting, and other things, weigh about the same as a new console and is almost the same size.

Feelings are not very pleasant, are they? However, gaming devices rarely provide comfort but rather injure the limbs of gamers. Still, in terms of convenience, the Switch outweighs the Deck with its underweight and ergonomics.

The Steam Deck has a very unusual design. The analog sticks are located at the top, which looks strange, but it is convenient, according to the IGN editors. Also, the D-pad and buttons are right next to the knobs because there is room underneath the touchpads. A mouse replacement will come in handy in PC games, but isn’t one touch screen enough?

There are four additional programmable buttons at the back, in the style of an Xbox Elite controller. This solution significantly improves the comfort of the game. The downside to the Steam Deck is its rough construction and weight. The hardware weighs 667g. In comparison, the Switch v2 weighs 399g with the Joy-con, while the Switch OLED will be 22g heavier.

The Nintendo Switch has a more typical console set and button layout but has a secret weapon in removable Joy-cones. They offer entirely new ways to interact with games. Unfortunately, these controllers have a big problem with stick drift. But, if you run into such a problem, you may end up replacing the controllers with new ones. This option is not available on the Steam Deck. Nintendo also allows for Joy-con replacements, many of which are interesting.

Switch v2 and Switch OLED come with a docking station that allows you to connect the set-top box to a TV, with the ability to add accessories to the entire set. In docked mode, the Switch often offers slightly higher resolutions.

In terms of components, Steam Deck plays in a completely different league, far from Nintendo Switch. Valve’s console will be packed with compelling AMD components like a quad-core (and eight-thread) Zen 2 processor and AMD RDNA 2 graphics with eight CUs. Added to this is 16GB of RAM.

The numbers don’t tell much for many gamers, but the most striking comparison would be the fact that the desktop Xbox Series S has RDNA 2 graphics with 20 CUs but is clocked at just 1.56GHz, while the Steam Deck is 2.4GHz. – 3.5 GHz. This allows us to estimate that the performance of the Steam Deck should be slightly lower than the Xbox Series S, roughly on par with the Xbox One and PlayStation 4. This is a stunning result for a handheld console.

In turn, the Nintendo Switch, both in version v2 and in the latest OLED model, has an Nvidia Tegra X1 + mobile processor. This is a 2019 chip, which is a variation on the Tegra X1 shown in 2015. The Plus version has slightly higher performance but less lithography (16 versus 20 nm), making the new processor more energy efficient. There is nothing to boast about power; we are talking about a performance level similar to the Snapdragon 820.

The Steam Deck has Bluetooth 5 with wireless headphone connectivity. The Switch has a minijack socket.

According to the manufacturer, the Steam Deck will allow you to play on a single charge for two to eight hours. It depends on the game. In comparison, Switch OLED lasts 4.5 to 9 hours, which is very similar to Switch v2.

The Switch, in practice, even in The Witcher 3, which overloads the console to the limit, you can play for about 4 hours.

According to IGN, which was the first in the world to have access to a preview of the Steam Deck, the device will play Portal 2 for 4 hours at 720p @ 60fps.

We have come to an essential point. Valve states that the Steam Deck must run every Steam game. By “all,” they meant all projects from Steam.

Steam has arguably the largest database of games in the world. PC gamers have indeed collected games in this repository for years. This means they will be able to play all of their PC games from the get-go at no additional cost. What’s more, the Steam Deck will allow you to install games from other stores like the Epic Games Store or GOG. The hardware will also support game streaming services such as Stadia or GeForce Now. In addition, it will be possible to replace SteamOS 3.0 with a full-fledged Windows, and then the possibilities will be almost unlimited.

The switch is a 100% console that has a limited library of game-friendly Nintendo. Both the digital online store and physical stores are full of Switch games. The strong point of the platform is excellent exclusive games that are not found anywhere else. In addition, there are many game ports from other platforms, although these are usually not the latest hits; instead, games were released a few years ago. However, this is not a disadvantage because the Steam Deck will also be used to play projects created in recent years, in the Steam library for a long time.

What is Steam? All About Steam Gaming Platform