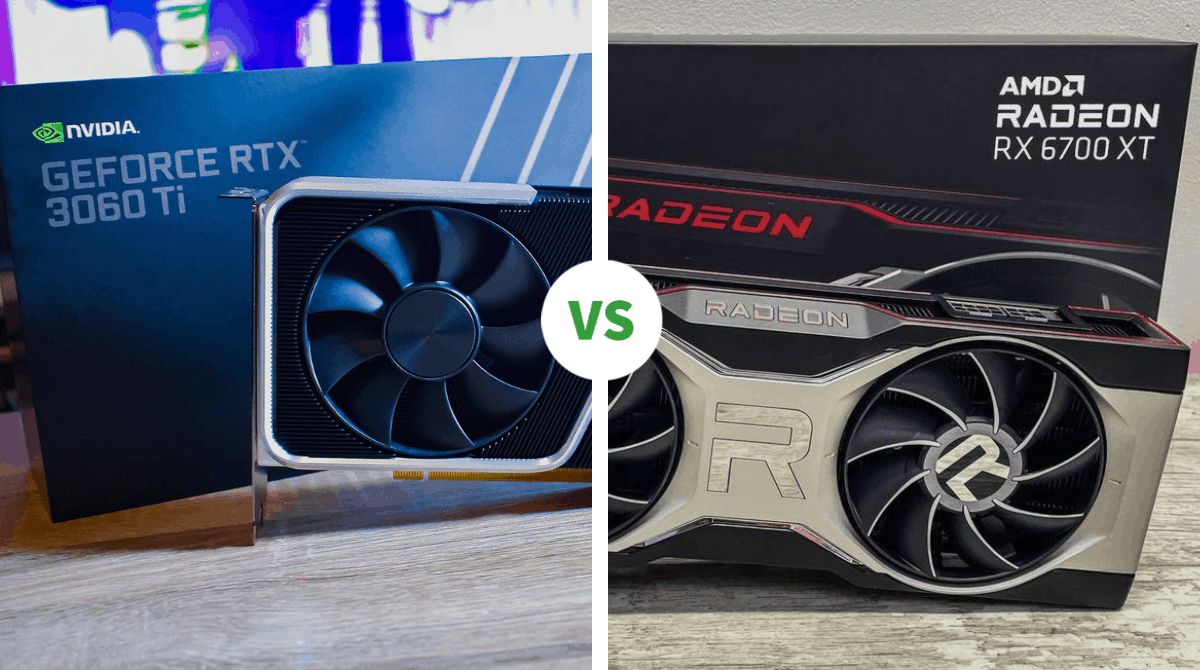 The RTX 3060 Ti, from Nvidia, and the RX 6700 XT, are two mid-range video card options recently launched from AMD. GPUs promise high performance to run games at 1440p and support Ray Tracing for image enhancements in games. Counting DLSS 2.0 technology allows you to deliver higher resolutions even when running below. You can find GeForce in the market for $ 400.

On the other hand, AMD’s option promises to be superior to its rival in the Cyberpunk 2077 game and other titles. It is expected to reach the international market only on March 18 for US $ 479. Check below the main specifications and features of GPUs and know which one should be best for you.

As they are the result of two very different architectures, the plates have very different technical specifications. Radeon, for example, achieves higher speeds on paper, with a base clock of 2,321 MHz, 2,424 MHz for games, and a 2,581 MHz turbo. The Nvidia option works at lower speeds, with 1,414 MHz of base speed and 1,665 turbo clock. MHz, without a definition of numbers in games, specifically.

Within the graphics processors of the two brands, there are more differences. The RX 6700 XT is formed by 2,560 stream processors, organized into 40 computational units. The Nvidia board has 4,864 CUDA cores. As it has many more cores, GeForce ends up compensating for the slower speed.

Although the difference in the speed of data exchange between graphics processor and RAM is large and benefits Nvidia, it is good to keep in mind that AMD uses faster and more generous caches on its new graphics cards. This ends up making up for the difference and even giving Radeon an advantage in some situations.

The RTX 3060 Ti has 38 specific cores for Ray Tracing, while the competitor appears with 40 units. Another difference is the presence of 152 Tensor Cores in the Nvidia model, responsible for supporting DLSS 2.0 – technology that does not find any parallel in Radeon.

Currently, the new card from AMD has not yet reached the hands of specialized sites for in-depth testing to be carried out, as well as comparisons with Nvidia cards. Because of this, the only available comparison numbers are those released by the manufacturer itself.

In Cyberpunk 2077, Radeon also beats the competitor of Nvidia, delivering 71 fps in the RPG, while the RTX 3060 Ti is below 65 fps. In Dirt 5, Radeon reached the highest margin over the rival, with 71 fps than 60 fps for the opponent.

Even though the numbers need to be viewed with some reservations, must consider some important details. Nvidia’s RTX 30 cards have shown greater performance with Ray Tracing when compared to the new Radeon RX 6000, while AMD has no alternative to DLSS 2.0, Nvidia’s significant technology.

According to Nvidia, the RTX 3060 Ti has 200 Watts of TBP, a value that reflects the maximum amount of power the card needs to function properly in a high-demand situation. As the component will not need 200 Watts all the time, the consumption should be less. The company also says that it is ideal to use a 600 Watt power source on the PC with the GPU, in addition to a free 8-pin connector for power.

AMD reports that the Radeon RX 6700 XT TBP reaches 230 Watts. The requirement for a power source is also greater: the manufacturer suggests using a unit of 650 Watts of power, with a connection of 8 + 6 pins.

In both cases, consumers interested in investing in GeForce RTX 3060 Ti and Radeon RX 6700 XT should be able to run games at 1440p without major problems. The open questions to define which one is the best choice, however, are several. The price for the Brazilian market, still unknown, for example, may be a sufficient point to put the apparent performance advantage of Radeon into perspective.

Other details are also relevant. If the tendency for GeForce to be superior in Ray Tracing is confirmed in the comparison between the two models, the Nvidia card can regain ground in the eyes of those who value this type of effect in recent games. Another significant difference is that GeForce supports DLSS 2.0, a technology that promises more performance and clear images.