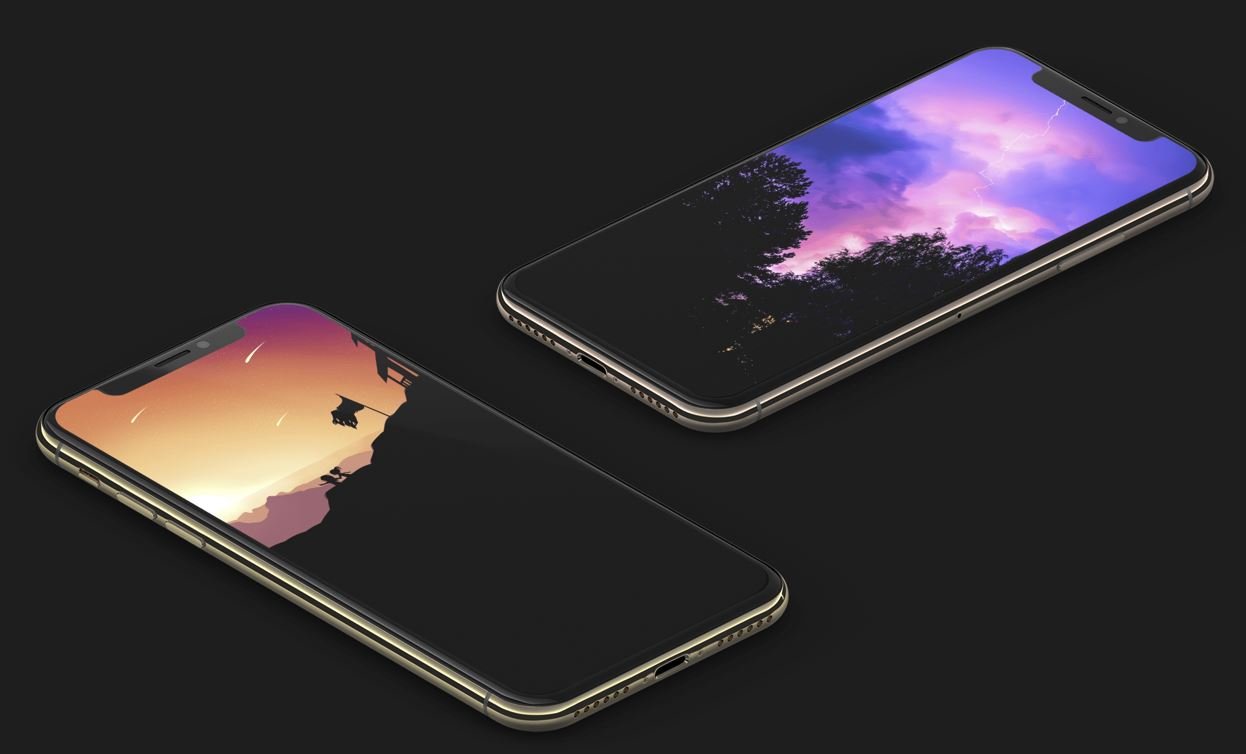 Nowadays, Most flagship smartphones come with OLED displays and much more affordable gadgets. Why is OLED not always good? We deal with Chip.

Most modern flagship Android smartphones come with OLED displays. The American Apple with its iconic iPhone line is also moving to them, and the OLED panels are gradually beginning to penetrate more accessible market segments.

Unlike all other types of matrices, OLED panels are built on organic light-emitting diodes, each of which is capable of independently emitting light when an electric current passes through it. Thanks to this, OLED-matrices do not require additional illumination, which reduces the panel’s thickness and significantly increases its energy efficiency.

Every second person probably knows about the advantages of such displays. This is richer color reproduction, better contrast, deeper blacks, and much higher brightness. In addition, OLED displays are distinguished by the best energy efficiency, and due to their specificity, they practically do not consume energy when displaying black. This is also why they can implement the Always-On function, for example, with a constantly displayed clock even when the smartphone screen is off.

But OLED displays are not all about advantages. They have a lot of disadvantages, which are especially noticeable when it comes to low-cost smartphones. We will talk about them in today’s article.

Burn in the screen

At the dawn of the appearance of the first smartphones with OLED displays, many manufacturers, and even ordinary users, talked about the possibility of burning out such matrices. The resource of each pixel of the matrix is ​​limited, and they simply lose their qualities over time. When their help is exhausted, the pixels seem to freeze in one position, keeping the contours of one static image for a long time.

But it’s not in vain that we remembered the initial stages of OLED development. Over time, it became clear that this problem was rather far-fetched. For an OLED matrix to burn out, several unlikely factors must coincide, and the main one is that a static picture must remain on the screen for a very long time. Agree; in real scenarios of using smartphones, such a situation is almost impossible to imagine.

The high price of OLED screens

Unlike the first problem, the high cost of OLED screens is not a myth at all. As technology advances, they become more affordable for the mainstream consumer, but the price of OLED displays is still very high.

But the main thing is that this problem brings along a whole heap of other troubles. Realizing the advantages of OLED-matrices and their marketing power, manufacturers are increasingly introducing them into inexpensive smartphones costing 20,000 rubles and even lower. But how to do this if the OLED panel itself costs quite a lot? Of course, due to the reduction in the cost of the remaining components of the smartphone and related OLED technologies.

But, while it is quite possible to come to terms with the weaker characteristics of OLED smartphones (after all, each user has their priorities), the disadvantages of cheaper OLED matrices cause serious concerns.

The specificity of OLED panels is that they always operate at the same brightness level. How then can we adjust the brightness of such screens? In inexpensive OLED smartphones, this is due to PWM (Pulse Width Modulation) technology. It does not reduce the brightness level of the backlight but only makes the LEDs flash, turning them on and off at a tremendous speed.

Of course, the flickering frequency of the backlight is so high that the human eye cannot pick it up. But at brightness below 50%, when PWM comes into operation, many users complain of fatigue and dryness in the regard, and over time this can lead to visual impairment.

To combat PWM, you can use various software methods, most of which involve imposing a black filter on the picture, which allows you to leave the backlight brightness at the maximum level but reduce the apparent brightness of the image itself. But, for the most part, these are only half measures, which, moreover, significantly reduce the matrix resource.

Manufacturers of expensive smartphones prefer to use DC Dimming technology, which minimizes PWM, making it possible to control the display’s brightness by varying the voltage across the entire gap.

Don’t assume that all OLED screens display the same picture quality. The cheaper the smartphone, the more difficult it is for it to oppose something to full-fledged flagships. And in this, in general, there is nothing strange or reprehensible. Therefore, if you put two smartphones with OLED screens from different price categories next to each other, then in most cases, the difference will not favor a budget solution.

Such screens usually have the worse color rendering and are less bright, and many owners of such smartphones generally compare their quality with IPS matrices. Here, by the way, lies the most exciting thing. Yes, cheap OLED panels are much inferior to their more expensive counterparts in most parameters, but even they are at the level of suitable IPS matrices. Of course, if you do not consider the PWM, which we wrote about a little higher.

Whether or not to buy an inexpensive OLED smartphone is up to you. But before such an acquisition, it is essential to understand that such a device will not be able to show all the advantages of OLED panels, and in some cases, may negatively affect your vision.

Nevertheless, inexpensive OLED smartphones have a right to exist and are interesting if only because of the opportunity to understand what an OLED matrix is ​​in practice, to personally evaluate the always-on screen function, which is useful in all respects, and, finally, to get a bright screen that although it is inferior to expensive OLED panels, it is on a par with suitable IPS matrices.

How To Fix Sound Quality in Windows 10