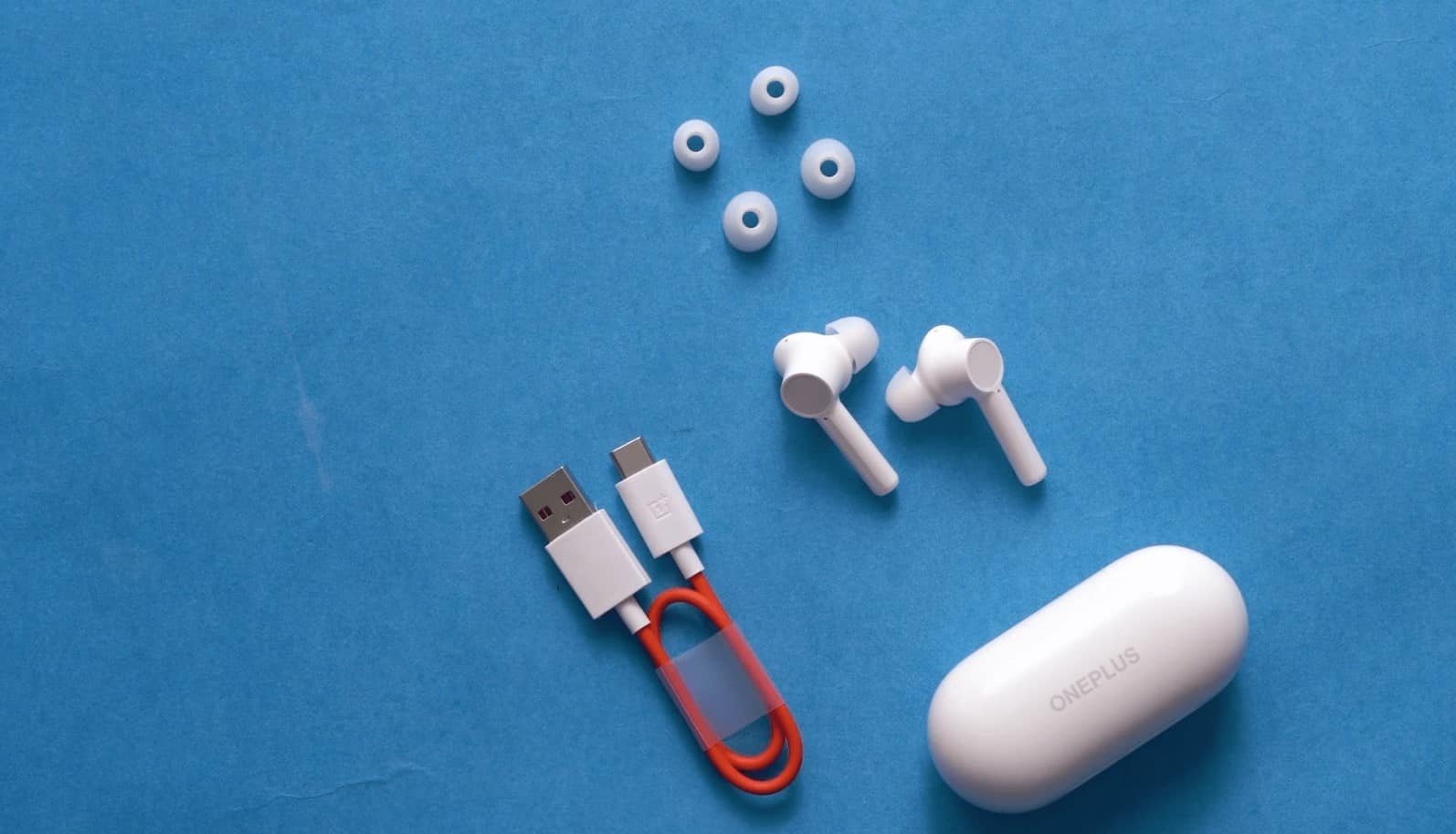 Good TWS headphones do not have to be expensive. OnePlus is one of the producers for which user feedback is extremely important and influences their publishing plans. Customers demanded wireless earphones and got them – that is OnePlus With Buds. 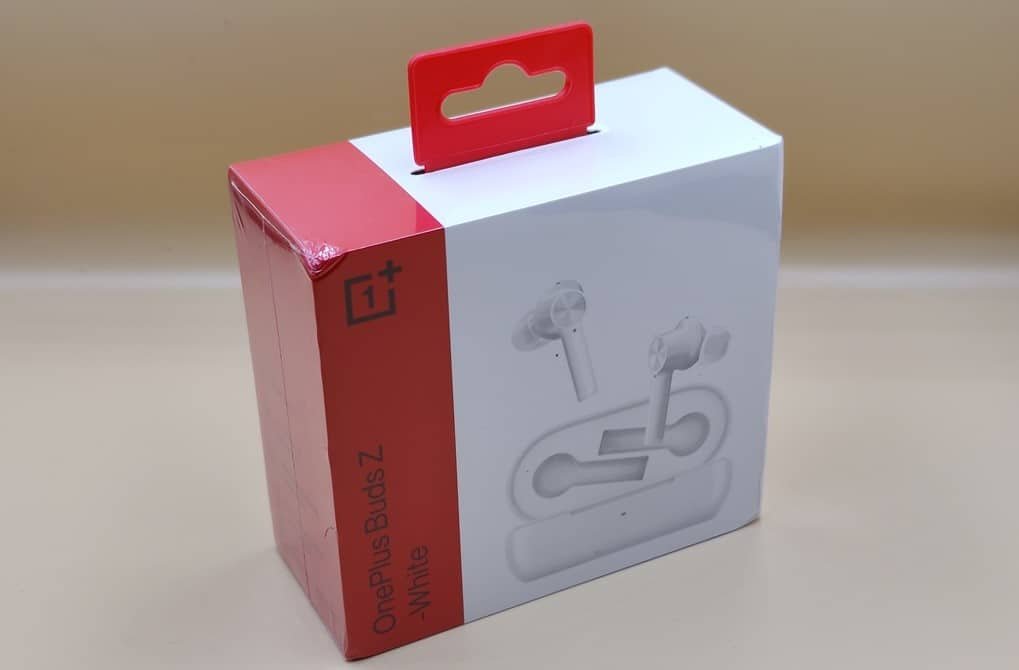 OnePlus Buds Z headphones initially make not so much a bad thing as a rather inconsistent impression. The red on their box does not show up on the product itself in any detail, even the smallest detail, apart from the red accent on the USB-C charging connector. In addition to him and the headphones themselves, the set includes a traditional set of three pairs of silicone covers (in sizes S, M, L), a warranty card, and a user manual.

This model of headphones reached for a rather unusual charging case because it had a horizontal orientation, which resulted in a length of up to 7.5 cm and a width of 3.59 cm. Some people will like it, while the other is quite the opposite.

Weighing 40 grams, the case in the form of a casket with a rounded top with the manufacturer’s name and a flat base is not particularly complicated. On top, we only see a LED informing us about the charge level below the cover on the front and a USB-C charging port accompanied by a function button on the back. Inside there are only recesses for both headphones with magnets and charging contacts. These are combined with a 450 mAh battery in a case, which gives “from itself” a total of 80 mAh rechargeable batteries in the headphones (40 mAh per earpiece).

The hinge of this case makes a pleasant impression, as it not only perfectly closes both parts of the case to each other but also works with a pleasant resistance both when opening and closing. It becomes “aggressive” only in the initial phase of the opening movement and the last one during the closing when the mechanism closes the case with a loud bang. 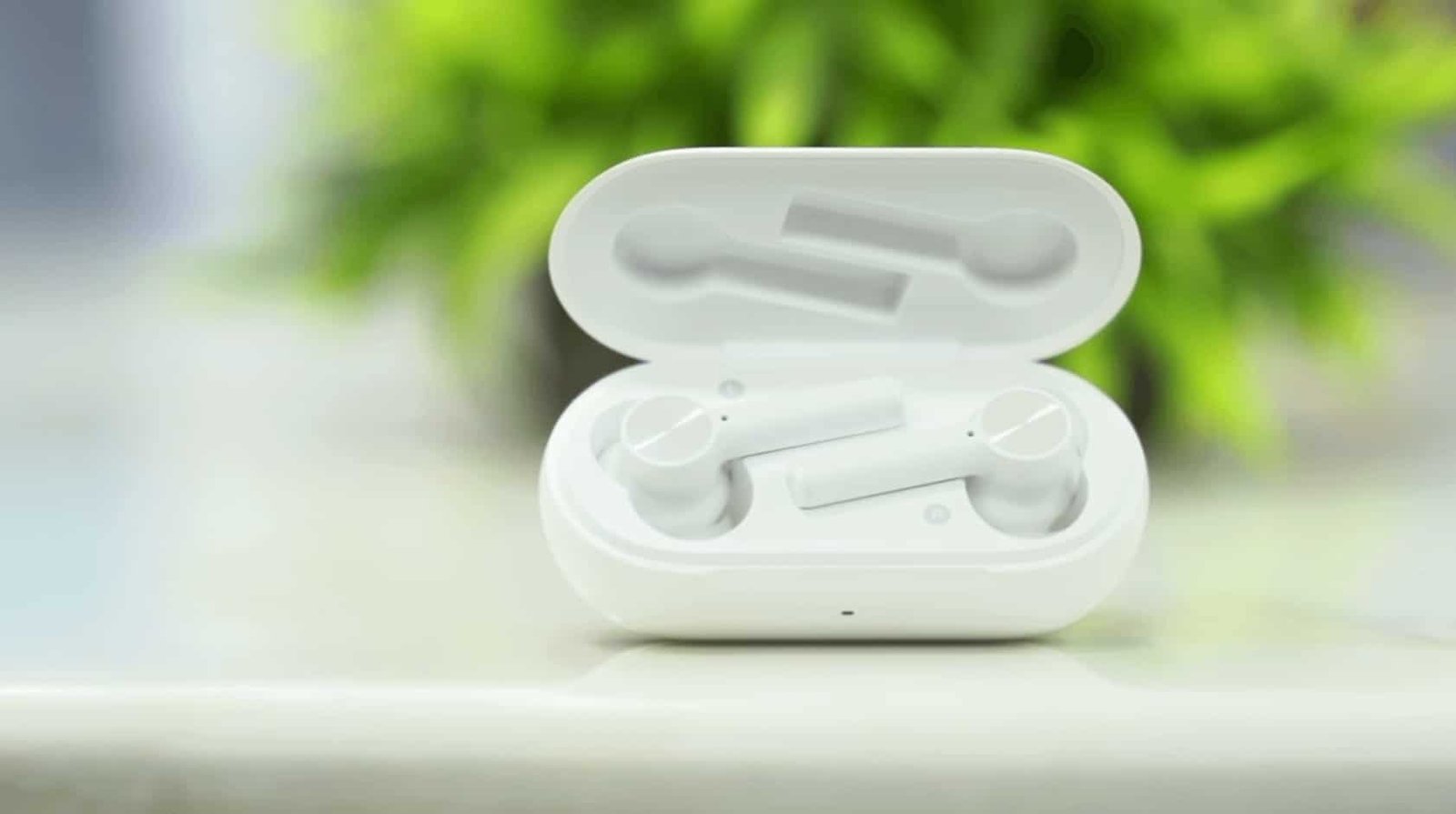 The OnePlus Buds Z is made of slippery plastic (except for the fragment landing in our ears, which is matte), but not one-piece, but four-piece, which can be seen immediately after the joints between them. These include, among others, an insert on the base of the headband, where the main microphone is hidden, and a decorative accessory on the very top of the casing, which only tries to imitate the physical texture. However, it is completely smooth, although it refracts the light, like a fragment with radial microspheres. 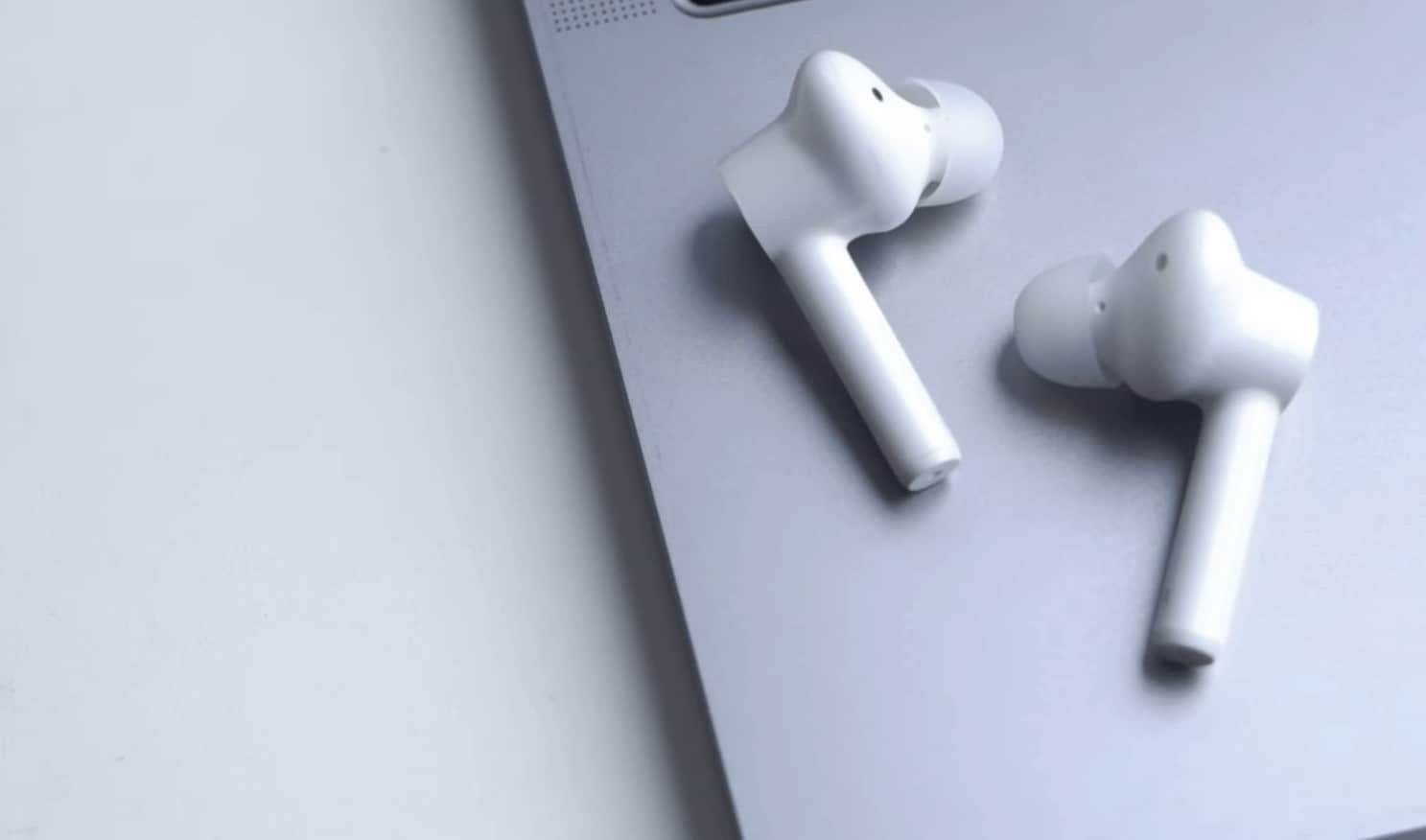 Interestingly, the OnePlus Buds Z has three additional, quite traditional holes in its housing, but their use is different in this model. Usually, they are located under the microphone and are used for the ANC mode, but in the case of this model, there are sensors in this hole at the top and by the elastic band. The hole on the top side is a mystery to me, although it is probably just a traditional “air vent” for the diaphragm.

Unfortunately, the OnePlus Buds Z does not have any touch control features, and the traditional headband format, also known as the stalk, is flat-finished on the outside. In turn, the IP55 certificate convinces us about their water and dust resistance.

Weighing a total of 4.35 grams, the OnePlus Buds Z headphones fit perfectly in our auricles, and after choosing the right size of the elastics, thanks to their low weight. At the same time, they stay securely in the ear canal and do not cause discomfort even after a long time. In other words – they provide comfort at a high level and the addition of a sensor, thanks to which the songs stop every time we take the earpiece out of the ear and resume it when it returns to its place.

The sound quality is ensured by 10 mm drivers with a sensitivity of about 97 dB @ kHz with boosted bass. However, you cannot count on overwhelming impressions because although it is difficult to say that the Buds Z sound unpleasant, their sound can be assessed as good, decent, not outstanding both on the bad and on the good front. In turn, they sound mainstream through and through, reaching for a pleasant, raised, and warm bass, but the lack of high tones gives them a slightly dimmed character. They are also good at dynamics and separating individual bands of sound from each other. 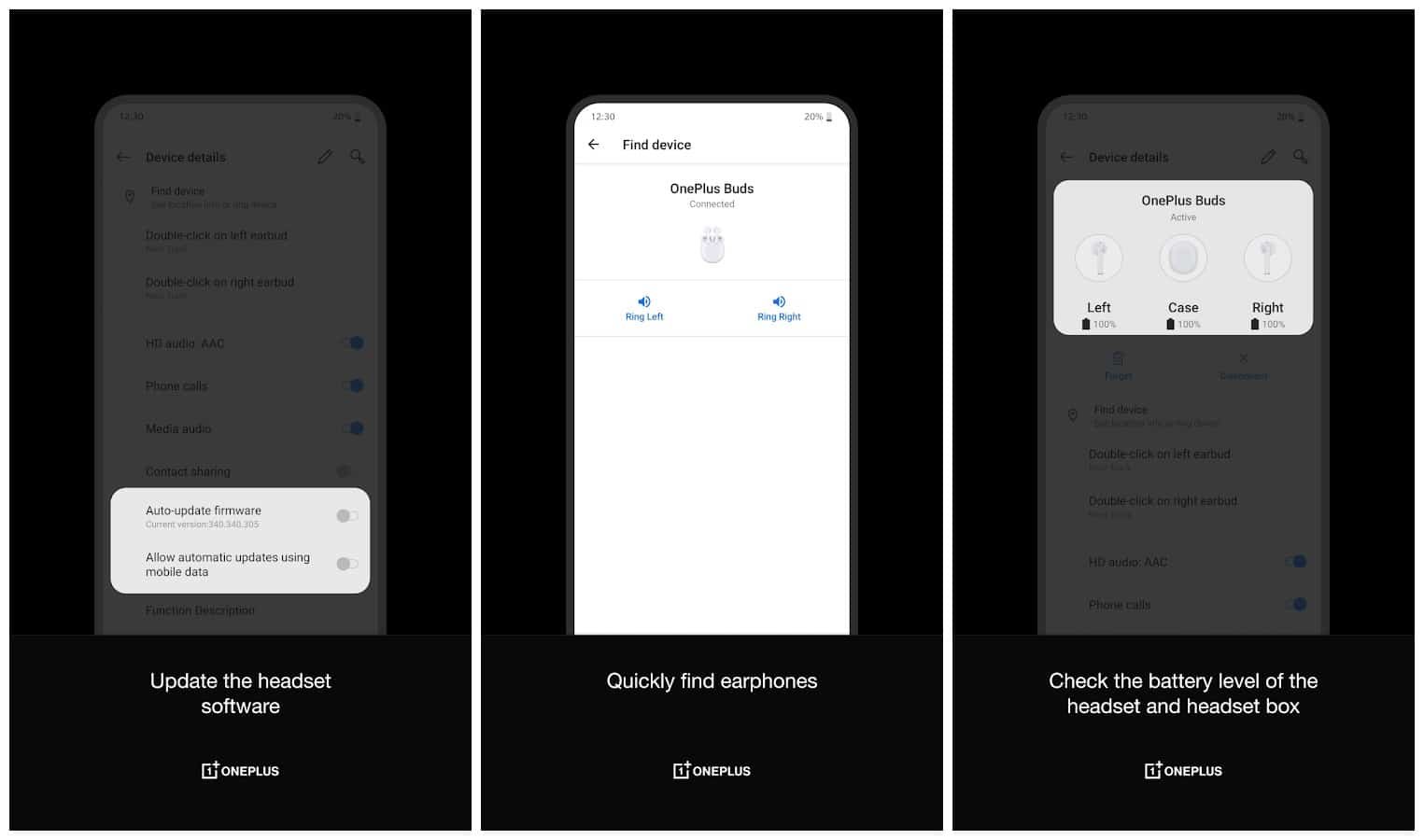 When it comes to battery life you will get five hours on a single charge, which the case extends to 20 hours, but don’t worry – just 10 minutes of charging is enough for 3 hours of listening, thanks to the fast charging technology.

It is also worth reassuring you that the OnePlus Buds Z, after opening the case, quickly connects to the smartphone, which is not the domain of OnePlus models. Listening is free from noise, clicks, or sudden signal interruptions, and the lack of lag between audio and video while watching movies completes the mix.

In turn, connectivity is provided by Bluetooth version 5.0, and the quality of the microphones in ideal conditions can be described as good. Still, it will be better on a busy street if you use the microphone in your smartphone.

OnePlus Buds Z is an interesting model among relatively new TWS headphones, mainly due to its price of around $70, although you can buy them even cheaper from foreign sites. At such a low price, we get a full-fledged “feeling” of wireless headphones with a charging case with good, for this segment, quality, and design, which is complemented by a solid battery, quick charging, pleasant sound, and the unexpected addition of a headphone presence sensor in the ears. Biggest flaw? Evidently no touch control, but on the other hand, this potential downside may be an advantage for some. 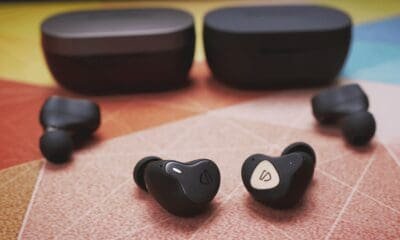