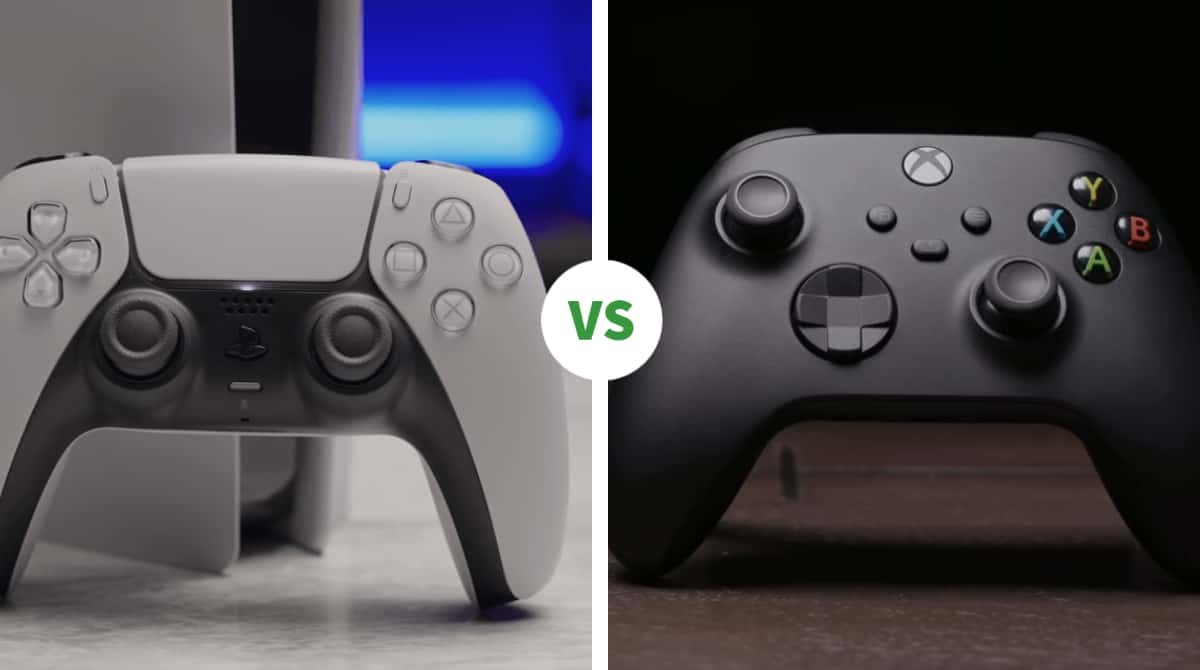 PS5 and Xbox Series have been with us for some time. Unfortunately, not everyone interested had the opportunity to buy them. The availability of the new PlayStation cries out to heaven for vengeance. And even aside from that fact, choosing a console in 2021 is quite difficult.

Although there are relatively few devices of this type on the market, the choice of a gaming device is not the easiest thing to do. must take support in the form of exclusive games, discounts, performance, or even the dimensions of the console itself – all of this into account if you do not plan to buy each of them. Today we will try to explain what it looks like with PlayStation 5 and Xbox Series X devices, although there will also be space for the Xbox Series S and Nintendo Switch. So what console to buy in 2021? 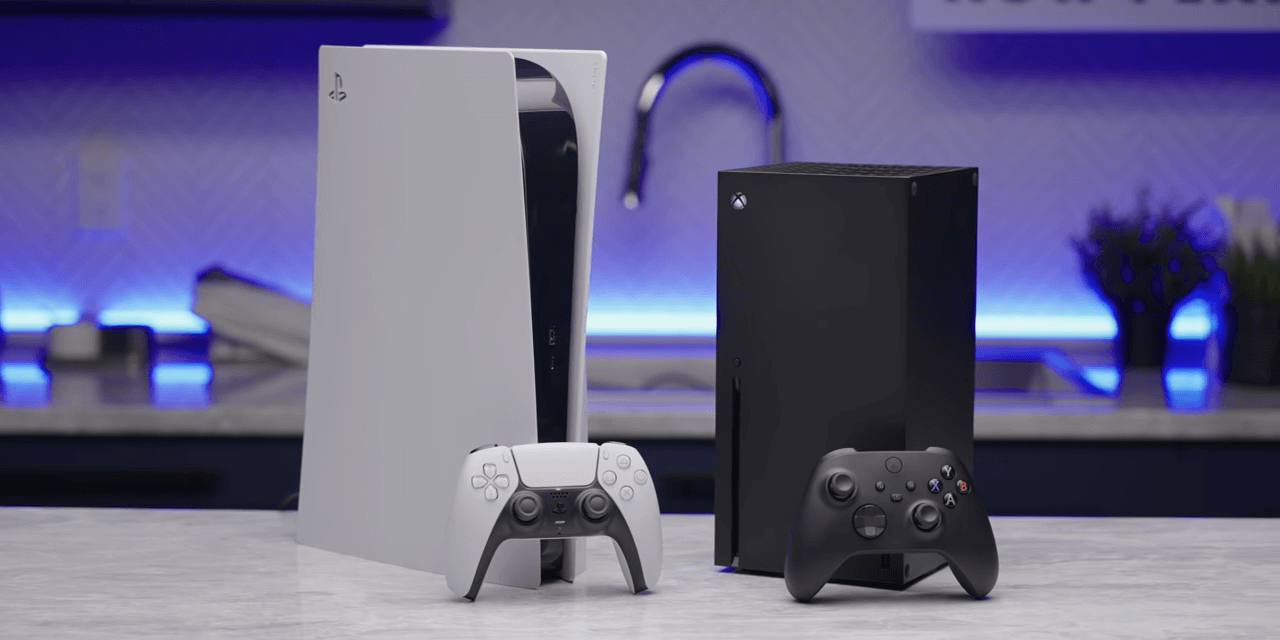 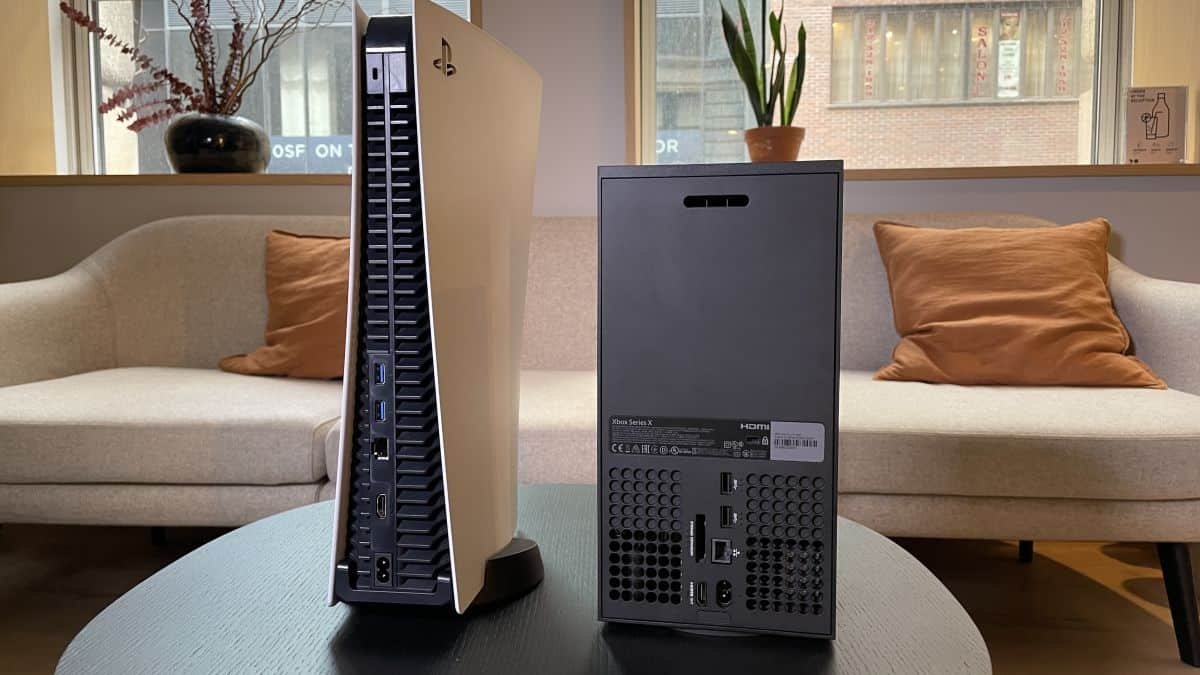 Of course, one cannot ignore the availability of the devices in question. The beginning of 2021 is not the best time to buy, for example, PlayStation 5 (if you can find it at all in the store), because the demand significantly exceeds the supply, making the price skyrocket. Sure, we can quote the famous saying – pay it, you will get it, but the amount exceeding PLN 4,000 for PS5 is so high that even if they added Lidl gift vouchers for PLN 300 and cabaret tickets for two people to the console, it would not be profitable. It’s a bit different from the Xbox Series X. We can buy the device even at a price set by the manufacturer. You can also get Series S right away in the amount determined by Microsoft (i.e., the console manufacturer).

The situation with the consoles of the previous generation also clarified. PlayStation 5 and Xbox Series X are the most worthy successors of outdated boxes, and in most cases, they offer a significant increase in performance, guaranteeing a much better gaming experience. I am not talking about the mythical 4K, but the fact that PS4 Pro and Xbox One X are slowly becoming a thing of the past, and can see it above all in the premieres of new high-budget games. Despite Cyberpunk 2077on the previous generation consoles, it actually looks comical and needs to be patched. We cannot expect miracles – especially in 2021. Added to this is the fact that many games soon will be developed only with the current generation consoles in mind, so by purchasing an older device, you will cut off the possibility of playing the latest titles. Time goes by, and after more than seven years, both PlayStation 4 and Xbox One will finally retire. 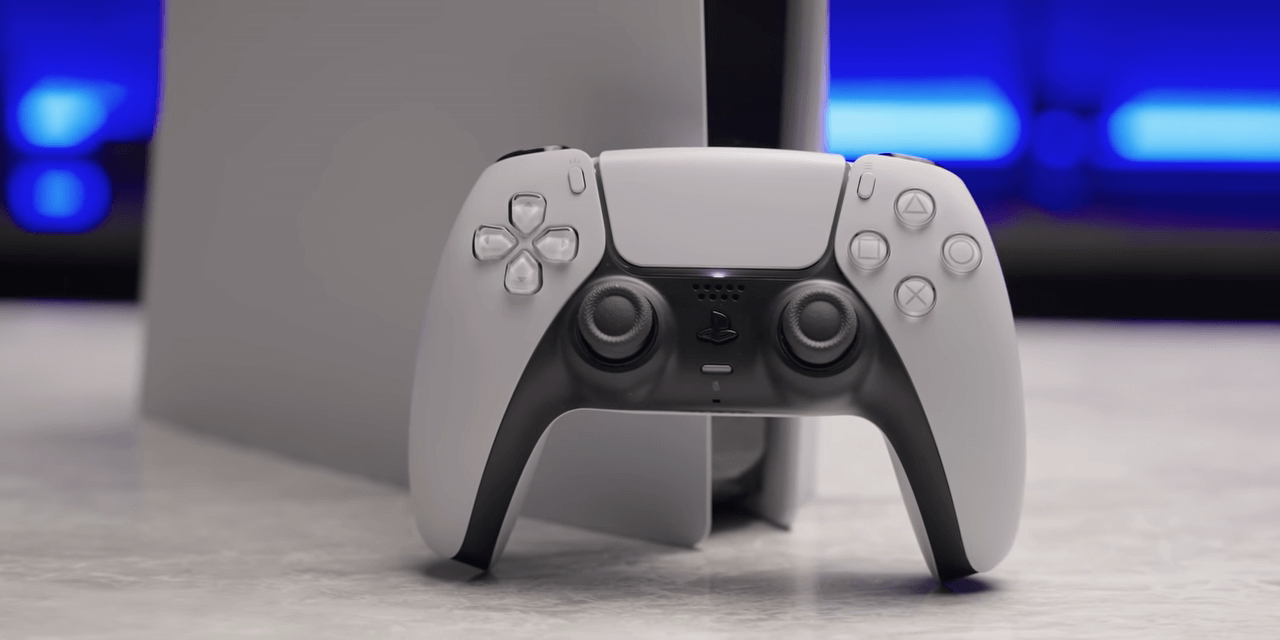 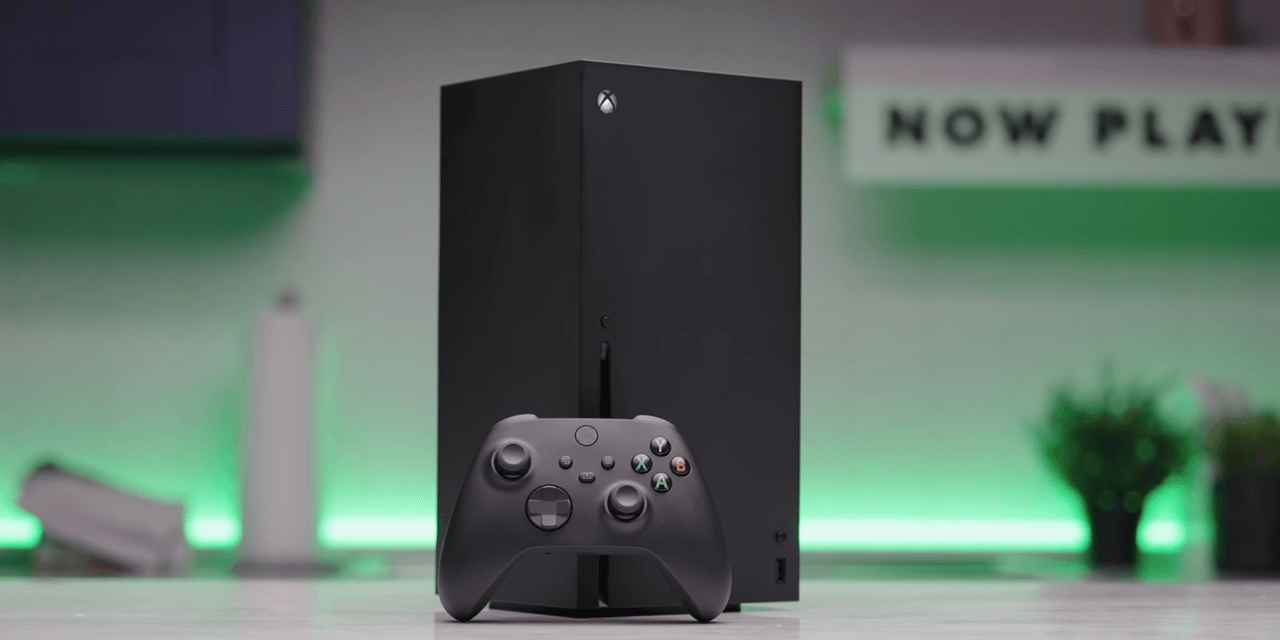 PlayStation 5 vs Xbox Series X- which console is the best

The PS5 console boasts a much better (or simply faster) SSD . The bandwidth of 5.5 GB / s is very high. Even in personal computers, data carriers that achieve such transfers are not yet the standard. Okay, but what does it do? In theory, a lot – if you happen to jump from PlayStation 4 or its equivalent with the note “Pro” to a new toy, not from a modern PC. Data loading speed directly affects game load times , which in some cases are actually instantaneous. Of course, the whole thing works like this, because the data carrier installed in the PS5 is not a HDD, so the time to access the saved data is almost immediate.

The Xbox Series X can boast a much higher theoretical power. The larger graphics core, where the shaders are packed, is the most important thing when converting effects in games. Thanks to this – at least in theory – Microsoft’s console allows developers to do more. Regardless of whether it will be higher resolution, more effects, or higher smoothness of the displayed image. On paper, the Xbox Series X is about 20% more efficient than the PS5. This does not mean, however, that it will generate 20% more frames per second in the same game, or guarantee 20% higher resolution. More power comes in handy, but the difference in the same multiplatform games may be negligible. History has shown that several games for the previous generation consoles (PS4 Pro and Xbox One X) actually make use of the latter’s higher performance. However, better results must be expected.

Both companies have a lot to offer in this respect – it depends on your personal preferences whether you will be tempted by Spider-Man: Miles Morales and Horizon: Forbidden West , or you will be satisfied with the multiplatform Assassin’s Creed: Valhalla and the wide range of Xbox Game Pass . We will also focus on the issue of accessories, including headphones . For the undecided, we will also consider the Nintendo Switch candidacy . You can still consider PS4 or Xbox One – we are discussing this issue, although the topic was discussed in more detail by Michał in the articlePS4 or Xbox One? Is it still worth buying in 2021 . 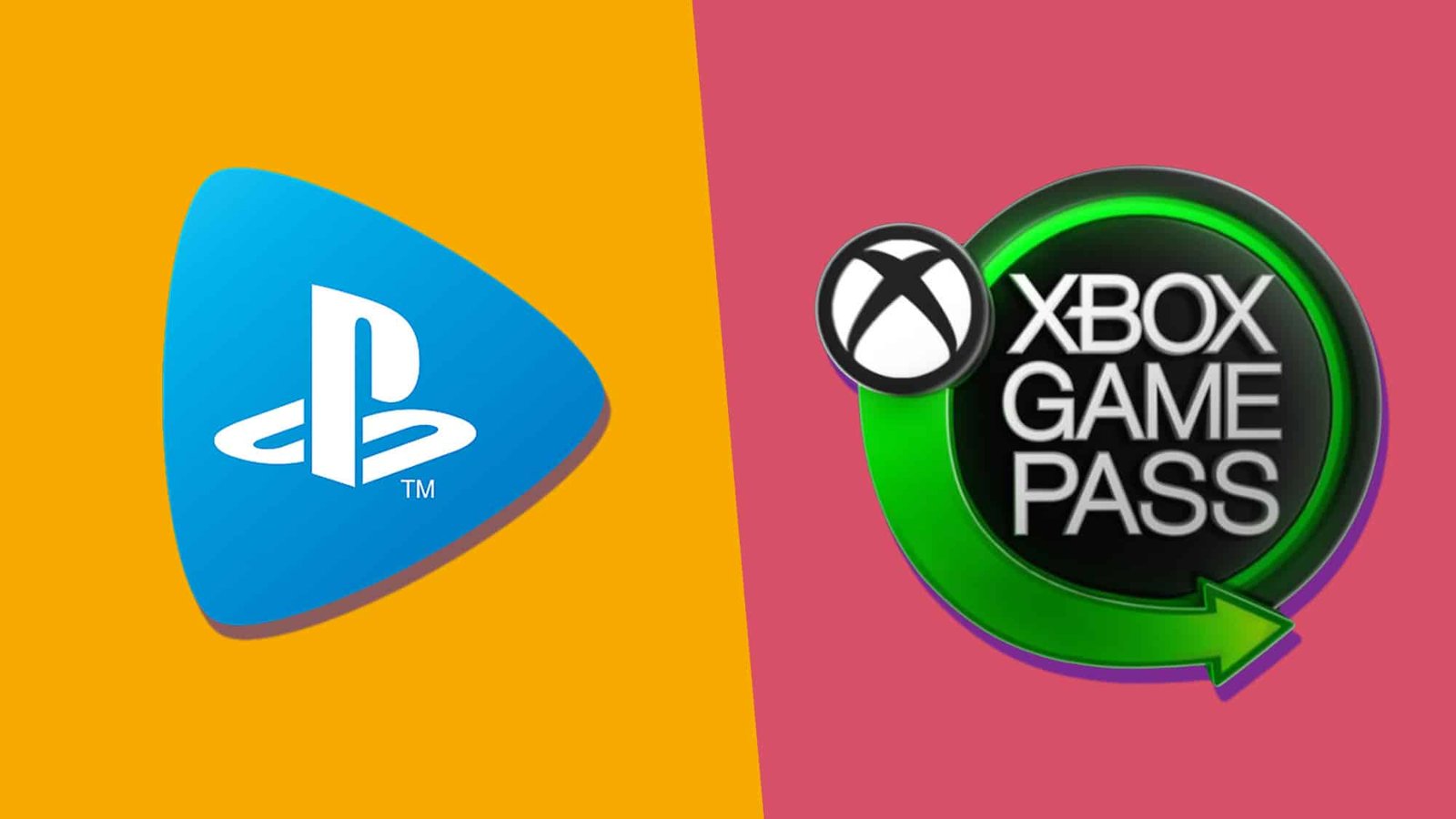 Microsoft’s Xbox Game Pass is an initiative worthy of praise, because it offers hundreds of games, both smaller and high-budget, for a small part of the amount you would have to spend on buying the productions you are interested in separately. Of course, the drawback is that you have no control over what games will be added or how long they will remain in the service, so it is recommended rather to people who actually have time to go through at least one of them during the promotion.

It is worth mentioning in this case that as part of the Xbox Game Pass we also get access to EA Play games, i.e. exclusive Electronic Arts productions (you have to pay separately for the same in the case of the Sony package). Currently, Microsoft provides a monthly subscription (and even a three-month Game Pass Ultimate) as part of the promotion.

Microsoft’s xCloud project allows streaming in the cloud even to mobile devices . Compatible Xbox wireless controller required (for supported games) and included with Xbox Game Pass Ultimate subscription service. For comfortable playing games from the Microsoft library, all we need is a supported device (for example, a smartphone with Android 6.0 or newer), and thanks to cloud computing, we only need a good connection to the network.

An additional bonus for Microsoft is the introduction of the Xbox Play Anywhere project. The service is based on the fact that once the game is purchased, we will be able to use it both on the Xbox console and on a personal PC – at no additional cost. This option is only available for compatible titles. So look for the Xbox Play Anywhere tag on your next purchases. One of them is, for example, Cyberpunk 2077.

Is it worth investing in older consoles?

Currently, the prices for the previous generation devices are really low and have a whole library of games, so we can easily enter the world of “couch gaming”. However, there is a slight drawback. Obsolete boxes, i.e. both PS4 Pro and Xbox One X are slowly retiring. There will be fewer and fewer multiplatform games, and developers will focus only on devices of the current generation – and soon. So it’s hard to recommend older devices, knowing that their dominance may end even in 2021. If this is your first time dealing with consoles, or computer games in general, buying a PlayStation 4 is a pretty good idea. Just remember that the backward compatibility technology will enable exactly the same on the PS5 console (in better quality), and by paying the right amount of money you will not close yourself access to new games. The best way out of this situation is to wait until the console market stabilizes. However, it is not known how long it will take.