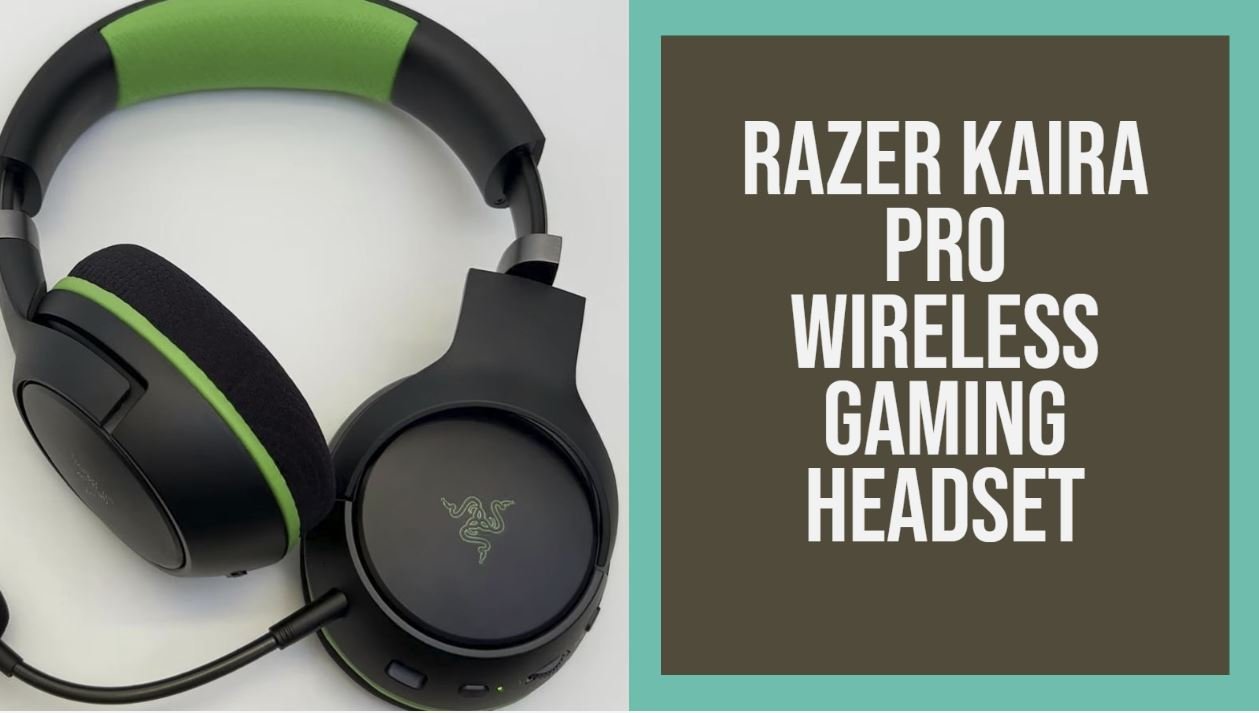 Razer is a name that needs no introduction in the world of gaming peripherals. Its products are most often expensive, but the release of the Kaira X could change that: the headphones appear to be of high quality for less than $150 USD. 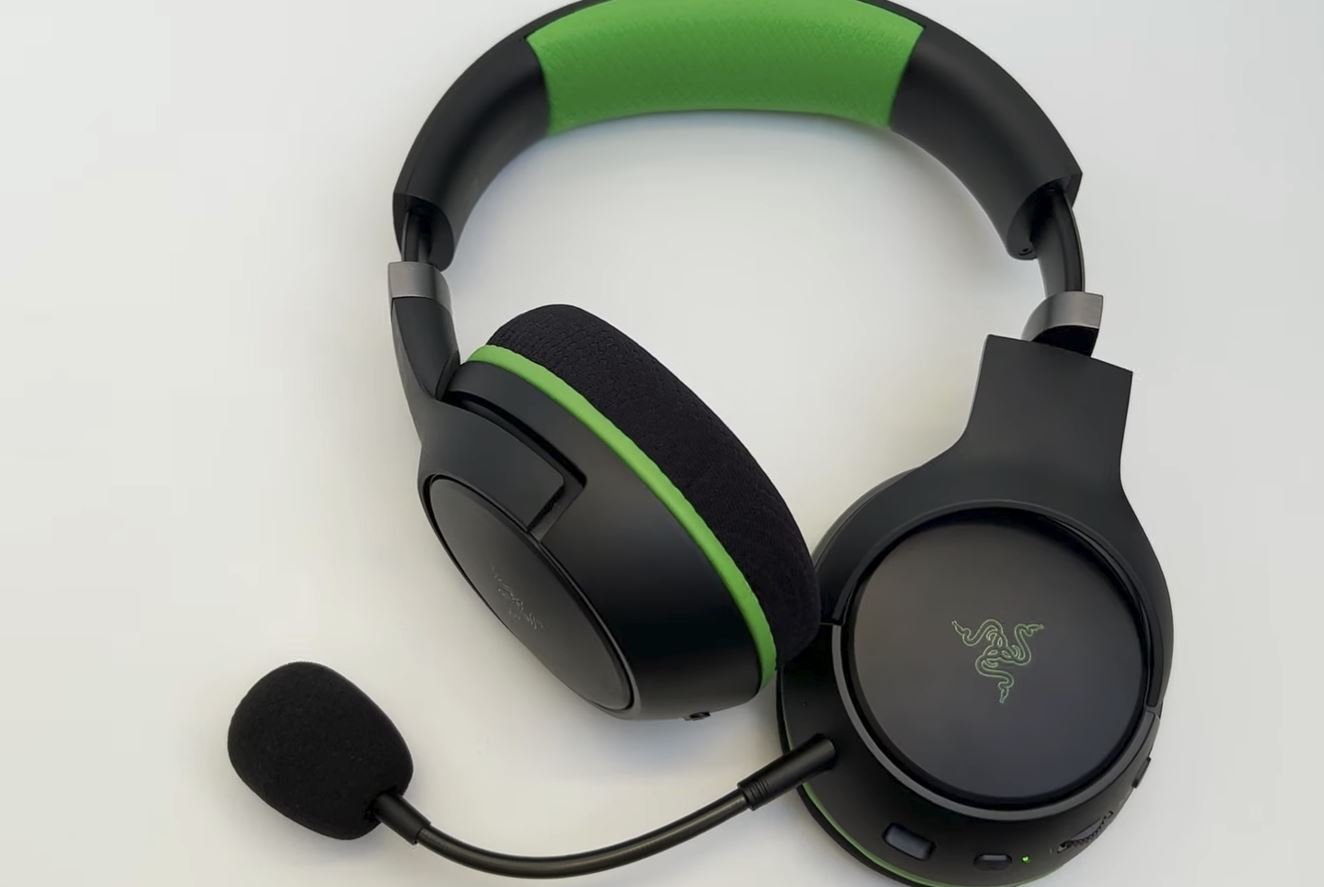 The Razer Kaira Pro has the “Designed for Xbox” seal, which means that you can use the headset on the Xbox One family of devices as well as on the Xbox Series X or Series S.

But that’s not all. The Razer Kaira Pro was designed for two gaming modes. Once for the Xbox Series X|S and once for mobile devices and Project xCloud. So with the Razer Kaira Pro, you get seamless, hassle-free mobile xCloud gaming via Bluetooth 5.0, which is ideal for all Xbox Game Pass Ultimate subscribers.

About Kaira Designed For Xbox

With its headband and neon green edging, the Razer Kaira pro Wireless immediately signifies that it is a wireless headset designed for the Xbox One and Xbox Series S/X. The cushions are made of the same memory foam as the rest of the Razer headsets. It’s light on your head, and the headband doesn’t get too tight, even on a large head, while remaining firmly attached to your ears. The headphones can rotate on their own until they lie flat, allowing them to easily mould to the shape of your head. 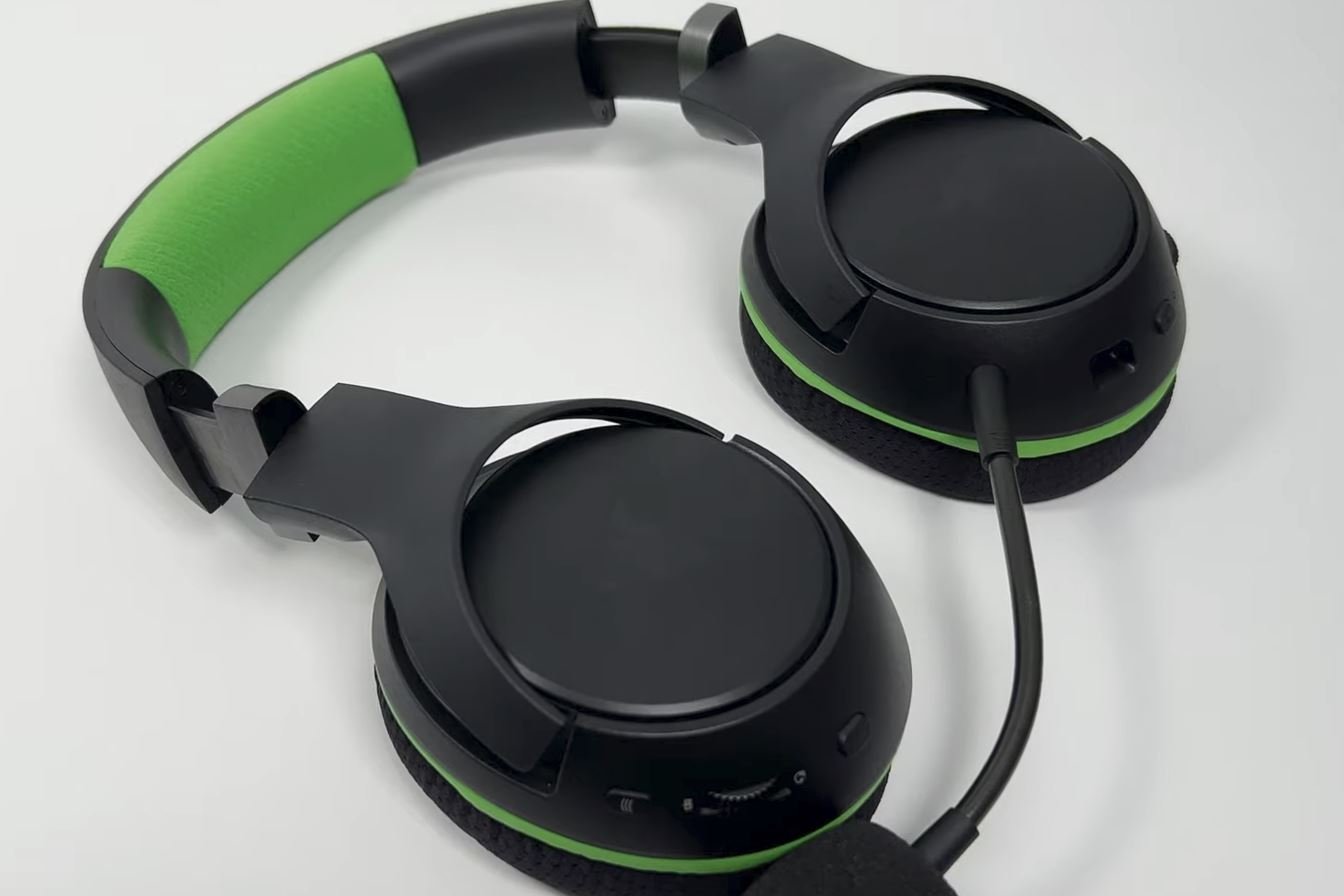 The fork is made of plastic, and if you look closely, you can see a neatly laid out cable duct in the material. The swivel joint is visible beneath the rail for height adjustment, beneath an aluminium reinforced base. This keeps the moving component from becoming fatigued. This component’s lettering and lines are also laser engraved, and the various components are screwed together, which is a quality feature for longevity, particularly in the area of moving components. We can adjust the swivel joint by approximately -5° to 90°. 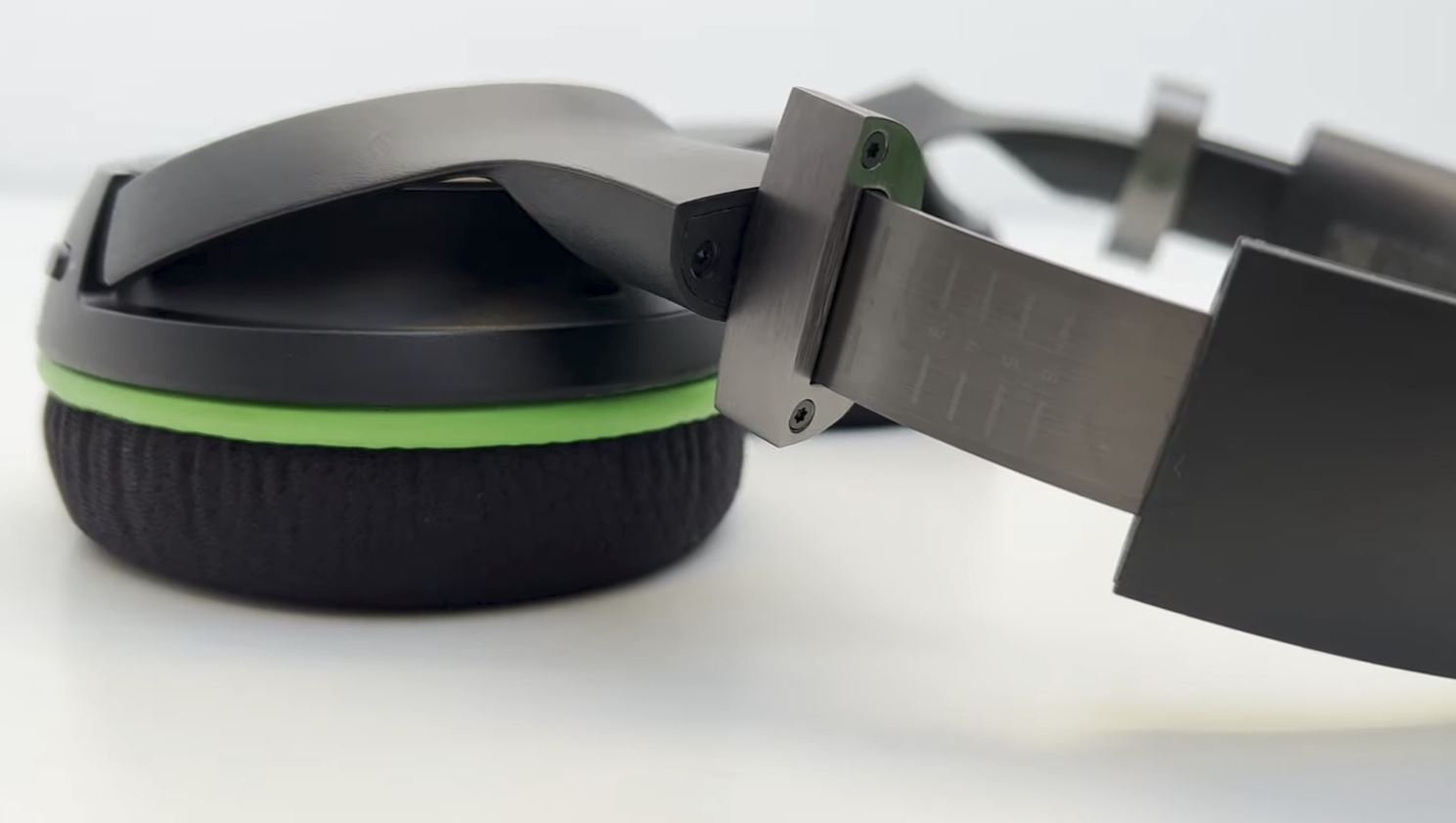 The version we have has a plastic driver housing and a prominent RGB-illuminated Razer logo. The ability to change the colour according to personal preference creates a unique eye-catcher. The Chroma RGB compatibility thus refers not only to the driver settings, but also to the entire PC setup if it is not used on the console. Anyone who has read our previous reviews, such as the Razer Basilisk, will notice that all Razer products can be configured in the same way within the software, allowing you to influence RGB setups, macros, sound properties, and much more.

The headband should also be highlighted. In contrast to many of its competitors, it does not have a cushion but rather a gel. The cover is light and, of course, green. The entire bracket, complete with a clean seam, completes the high-quality first impression. The upper portion has a relief of the Razer lettering. 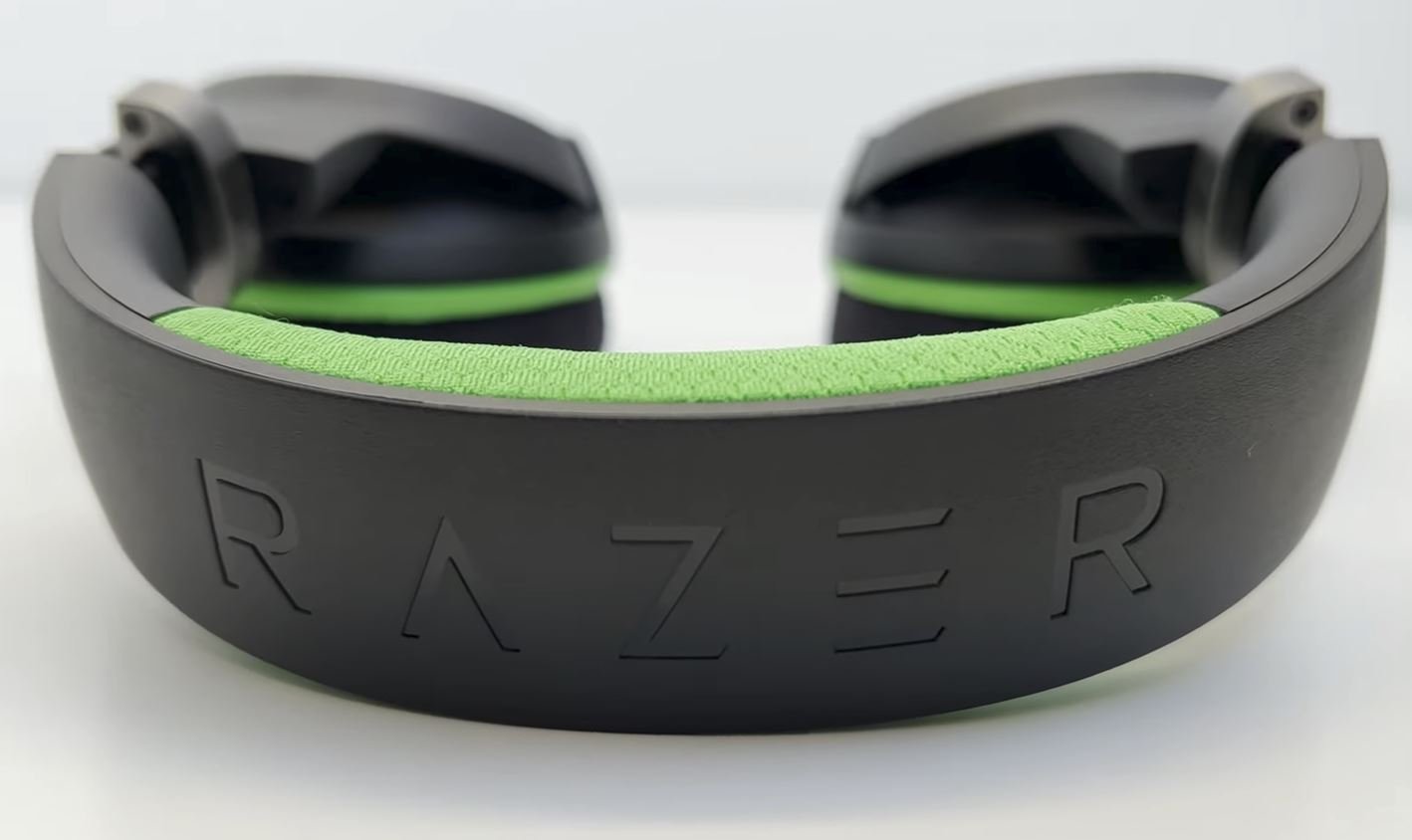 The same can be said for the ear pads, which have memory foam padding, as is common these days. It should be noted that it takes two to three days for the brand new headset to ensure the perfect fit on the ears. We were able to wear the Kaira Pro for over eight hours while playing Age of Empires II without noticing the effects of uncomfortable pressure points in the ear and head area after our testing period. The headset fits snugly and is light, allowing heat to escape from beneath the ear cushions.

Of course, we are not dependant on a standard configuration. The free “Razer Headset Setup for Xbox” app allows you to make a variety of settings, including an extensive audio equaliser setup in which all audio frequencies can be adjusted to your liking. 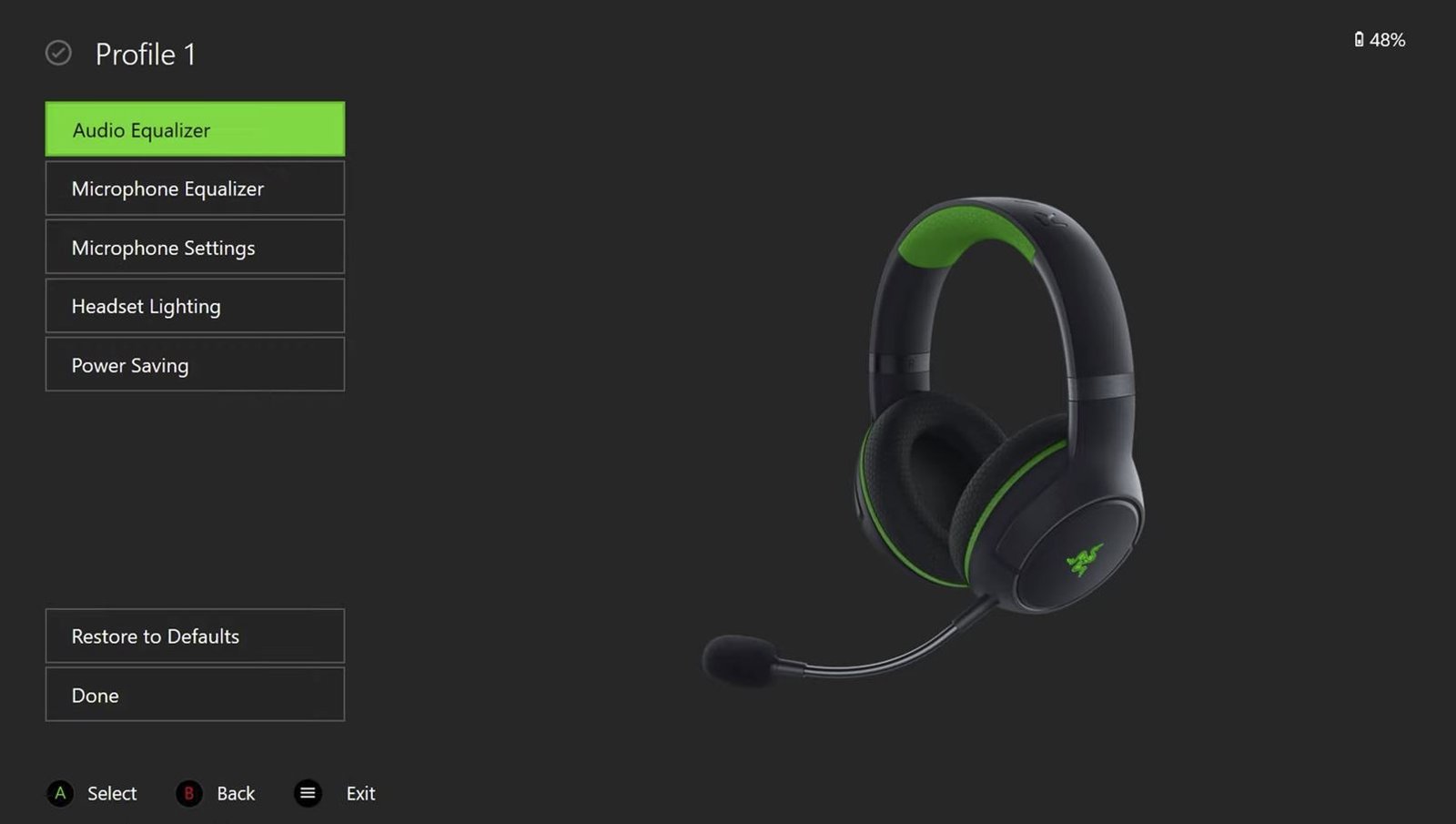 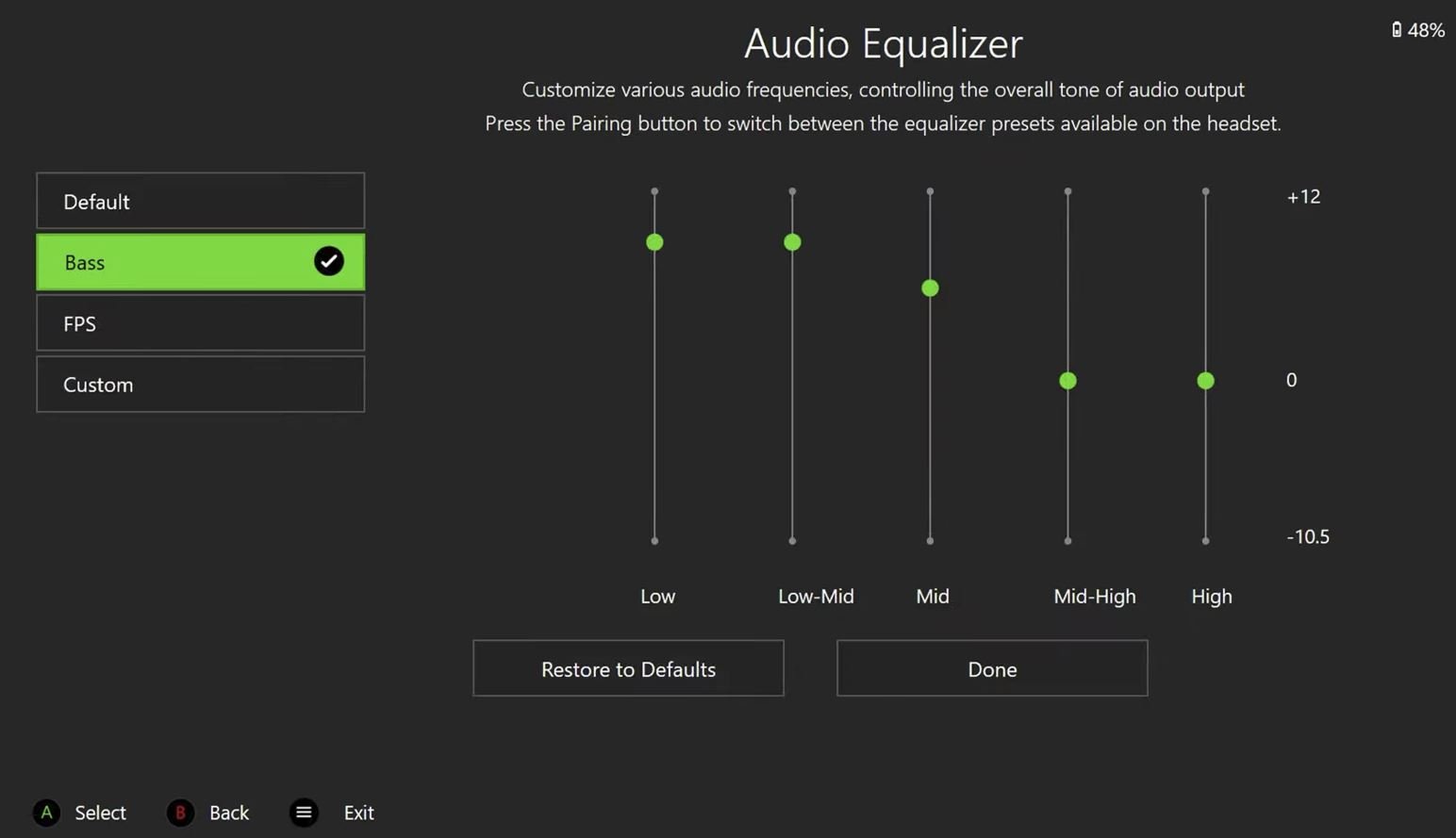 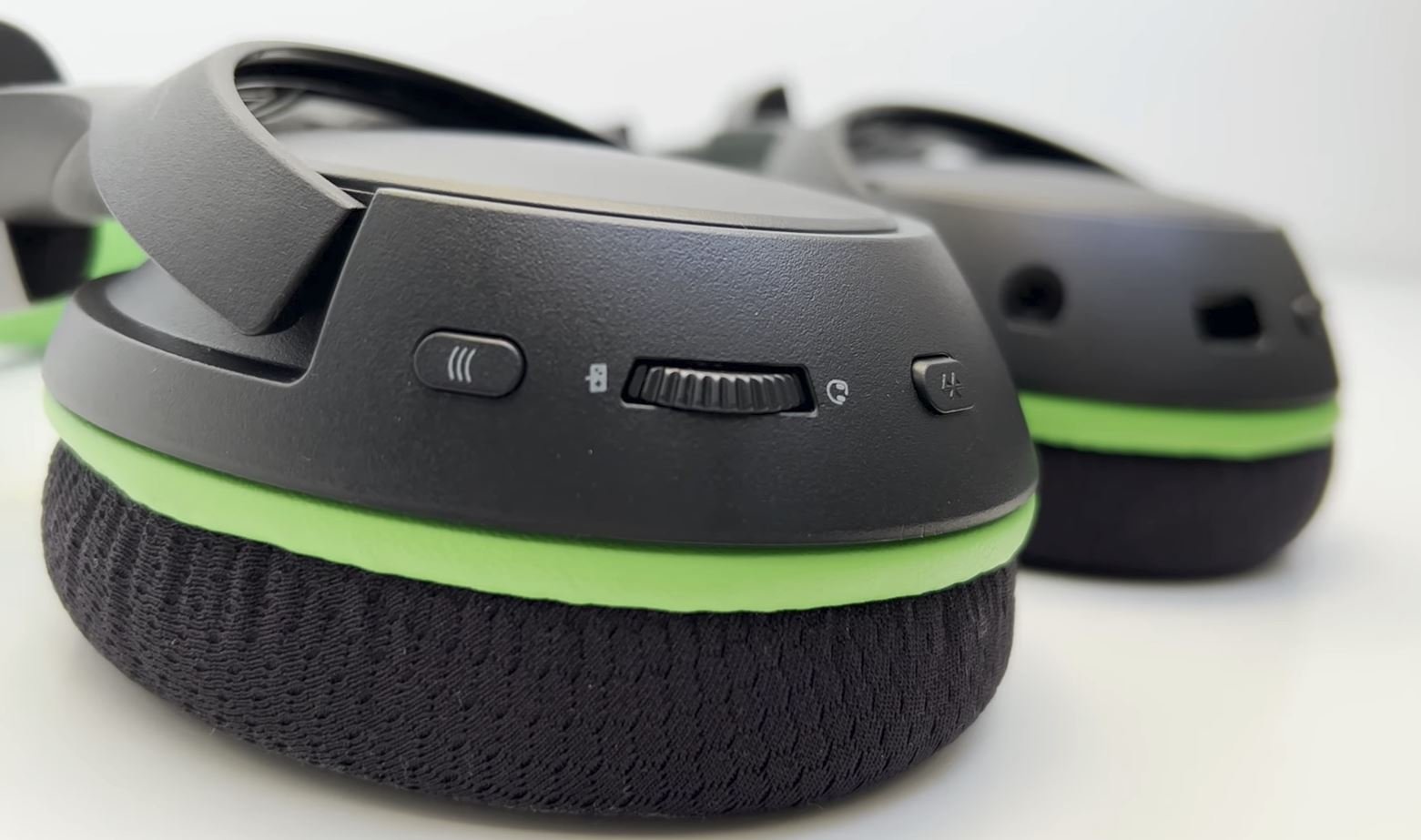 There are also some preset options, such as “Bass” or “FPS,” which emphasise the low or middle frequencies, but we believe you should define your own setup to further optimise the sound, which is especially useful for music, because the standard settings can sound a bit sterile. Practical: Several profiles can be created directly in the app, allowing you to switch to specific genres, for example. 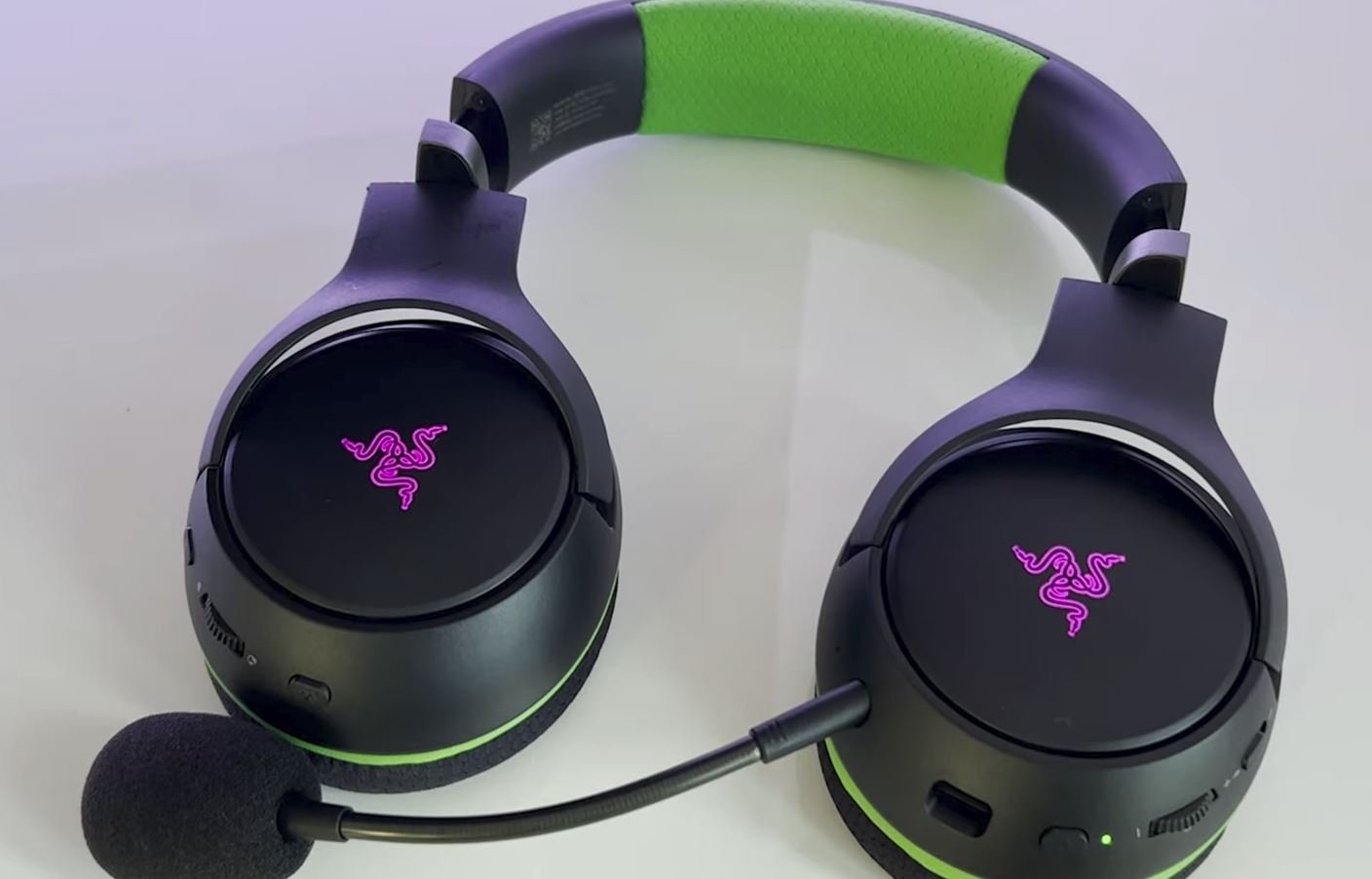 In addition to audio settings, the app includes parameters for the microphone and headset lighting. Yes, the Razer logo on the ear cups can be illuminated in different colours if desired. It’s a cool gimmick, but you can’t see it and it drains the battery quickly. Razer claims about 20 hours without the backlight, which we can confirm based on our initial impressions. When the backlight is turned on, this value is reduced by 5 hours.

With or without Bluetooth?

Concerning phone calls, the Kaira Pro can be paired with mobile devices such as smartphones or tablets via Bluetooth, which works in addition to the Xbox connection. This means that we can, for example, listen to music or podcasts on our phones while gaming or make phone calls during a session – very convenient.

Even if Bluetooth transmission quality isn’t as good as Xbox Wireless, mobile connectivity makes the Kaira Pro a true all-purpose weapon for Xbox users. If you don’t need Bluetooth, you can use the regular Kaira without the “Pro” label and save nearly $50. 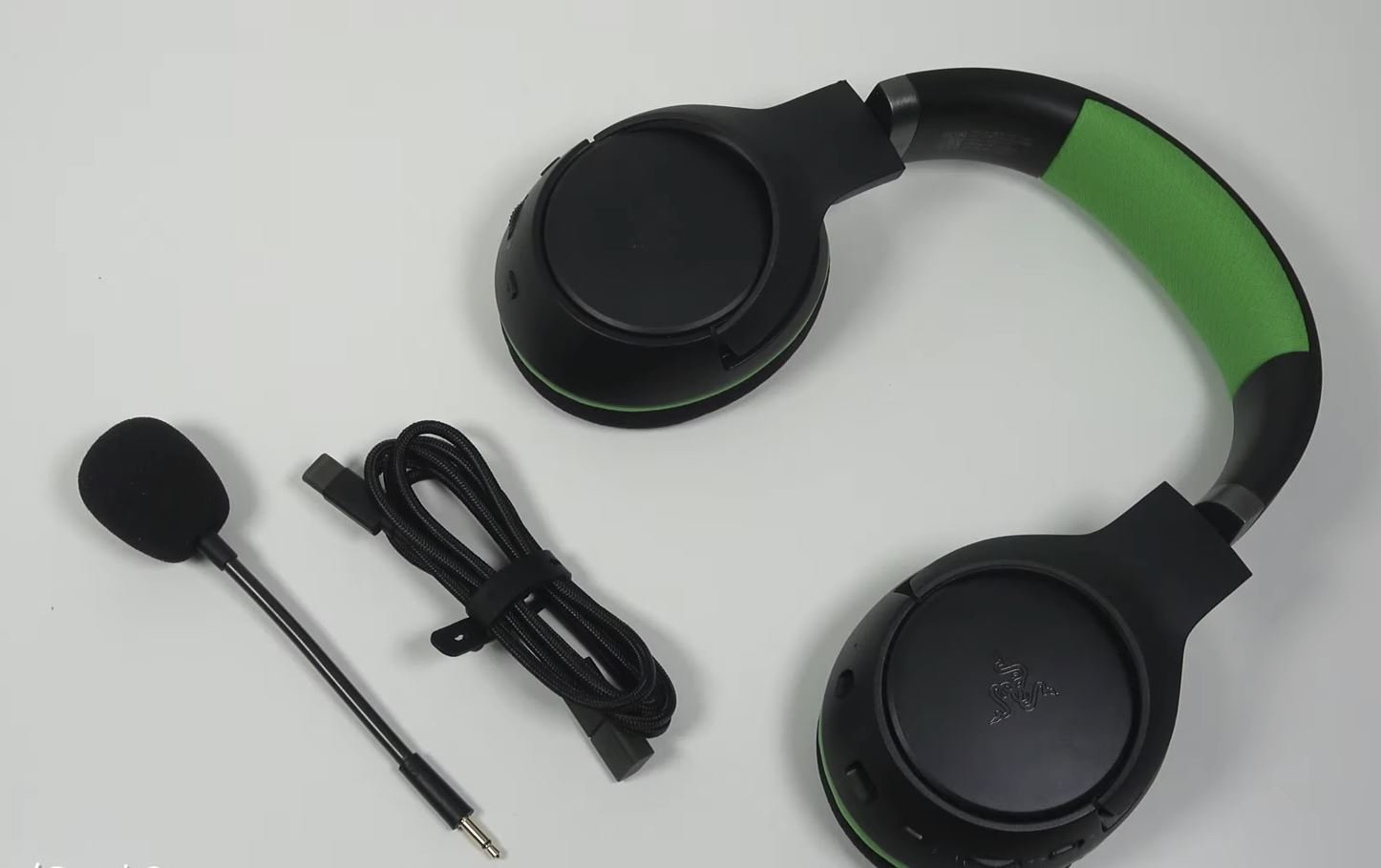 The microphone is located on the left ear cup and is connected to it via a jack plug. It has a mute function and can be bent in any direction. To reduce plosive and sibilant sounds, a pop filter can be placed over the microphone. Finally, we come to an important point. The function buttons are everything: the appropriate earcup houses an equalizer/Xbox connect button, a game/chat balance control, and a Bluetooth/multifunction button. A mute switch, a volume control, and a power button are located on the left ear cup. A small LED between the power and volume buttons serves as a status indicator.

Let us begin with the obvious. The Razer Xbox Headset is connected in the same way that a controller is. The device is ready to use and eager to get to work in a matter of seconds. The headset is charged using a USB-C cable, which is included in the package.

After charging, the headset will be able to inspire you for more than 20 hours. It took us about 21 hours to get there. Smaller factors, such as RGB lighting and volume, should be considered.

The Kaira Pro, like its “predecessor,” has excellent design. There will be no creaking or groaning from the plastic, whether you’re sitting comfortably on the sofa or playing your favourite shooter.

Razer chose memory foam as the material for your ears and head, which has become increasingly popular in headsets. A comfortable fit around the head and ears is almost always guaranteed. Furthermore, memory foam provides a passive “function” for the ears: noise cancellation.
We also appreciated the fact that the Kaira Pro has two microphones. A small one is built into the headset itself, but its quality is lacking. Already, the additional attachable microphone is distinct. The voice quality is among the best we’ve heard in years.

What about the actual sound? In this case, we must consider both sides of the coin. Razer directly supports Windows Sonic Surround Sound, so everything, even shooters, can be assigned to the appropriate direction.

The headset’s in-house app then provides a plethora of additional options. If you prefer, you can ensure that you hear yourself and your surroundings as soon as you speak. You can customise the RGB colour games or create your own sound profile.

While we’re on the topic of sound, it quickly becomes clear during testing that the headset focuses excessively on the bass. Explosions have a powerful and full sound, but even small sounds have far too much power. In the app, you can take countermeasures, but not to the extent that we were pleased.

Another “negative” thing we noticed was that the controls on the headset itself appeared to be overloaded, despite the fact that they aren’t. Unlike other manufacturers, Razer has eliminated the need for operation on the headphones (touch or integrated buttons), instead placing all of the components beneath the bowls. It takes some practise to quickly locate the desired button in the heat of the moment.

Also observed in our testing, though this could be a one-time issue on the software side or a Monday device. When we tried to mute the microphone, it either didn’t work or switched to the much worse microphone in the headphones themselves.

Overall, Razer has an exciting lineup on the sleeve. The Razer Kaira Pro impresses in every way and costs $150. Furthermore, there is good quality, a functional design that is tailored to the needs of the player, high-quality sound, and it justifies its price with modern peripherals and good voice chat functions. The warm sound, which is especially useful in RPGs, is commendable, but explosive sounds in the deepest tone are not yet completely convincing. The ability to use four of these headsets on the new Xbox is our favourite feature.

We strongly recommend it to any gamer who gambles on a regular basis and is willing to risk more than $150. Anyone who cannot live without wireless technology will be pleased with the Razer Kaira Pro. Furthermore, the user receives excellent voice chat functions, which are not uncommon in this price range. 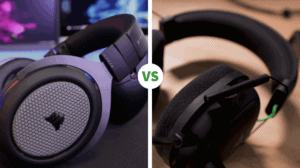 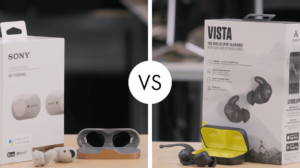 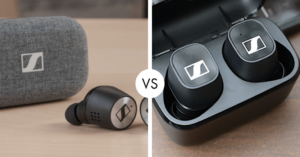 Sennheiser Momentum 2 vs Sennheiser CX 400BT: Which is Better 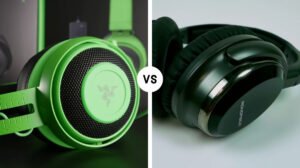 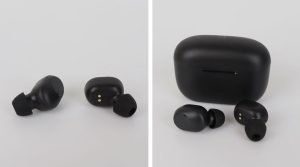