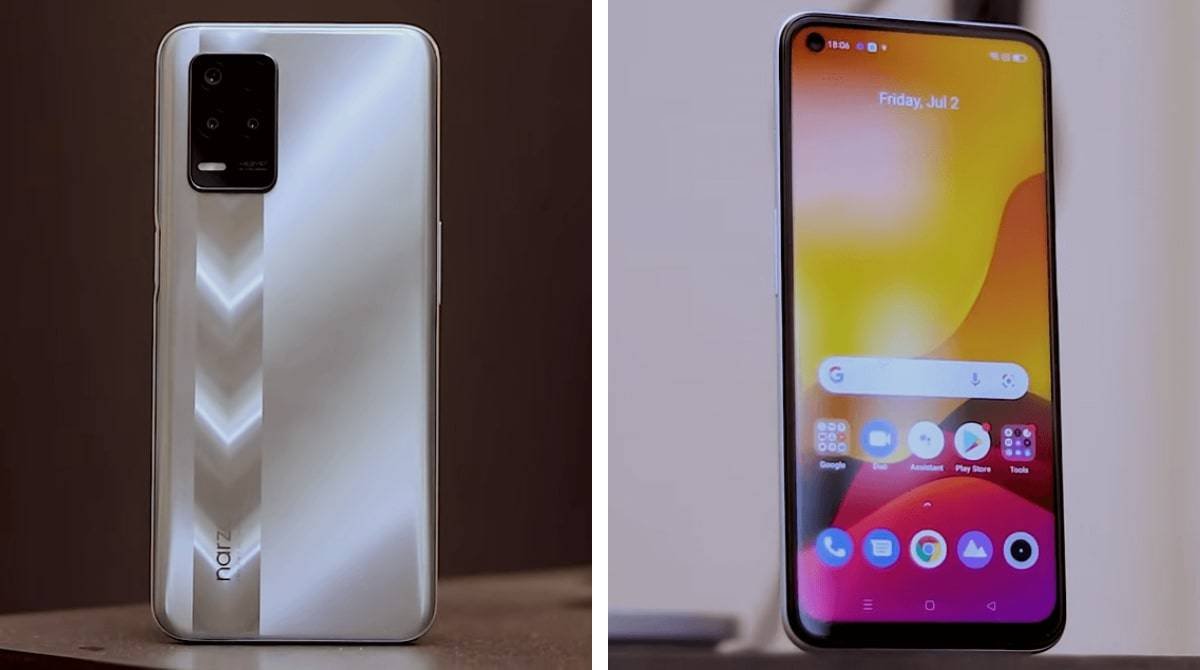 The visual identity of realme is most often based on a flashy yellow color. And those on the smartphone market seem to have not happened for several years, and this is also the case with realme 30 5G. 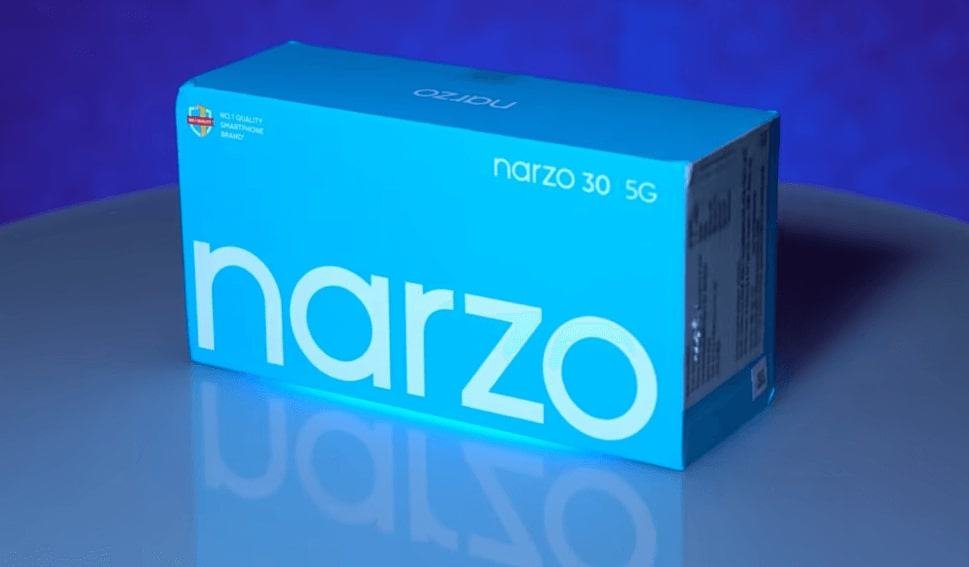 In his box, there is a basic set in the form of a smartphone, a charging cube, a cable, a case, paperwork in a folder, and a pin for ejecting the SIM card tray. 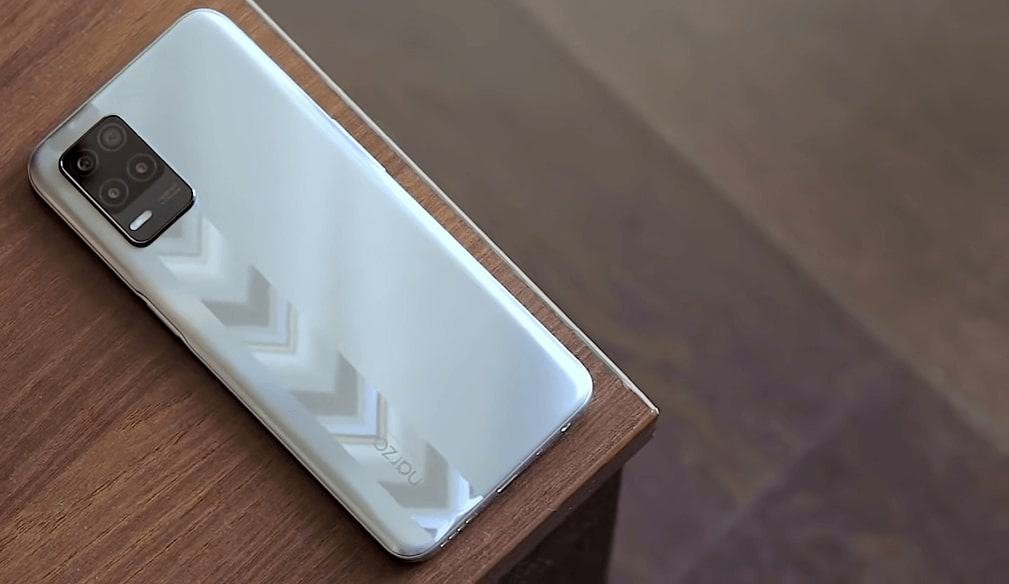 In terms of design, you will not find top-shelf materials in this smartphone, but the whole thing makes a solid impression that even the plastic frame looks quite decent. The manufacturer does not provide information about the smartphone’s backs, but it is most likely plastic that cleverly imitates glass. Tapping the surface with your nails reveals the budget material. The backs do not collect fingerprints with the enthusiasm of a dactyloscopy enthusiast. 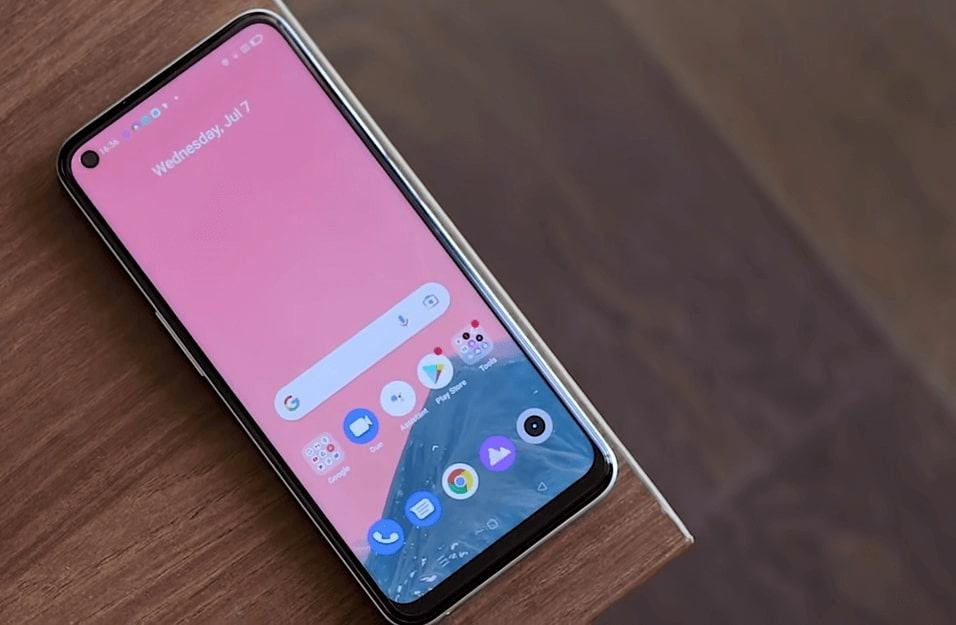 The screen occupies 90.5% of the device’s front, giving a perfect display ratio to the frames. The frames are small, but the top and bottom are not symmetrical due to a small chin at the bottom, which does not interfere with anything. The back of the smartphone is slightly rounded, which is to improve the grip in hand. For me, it was too slippery and light, so it often fell out of my hands when using it in a lying position. Women can appreciate its lightweight with smaller hands. 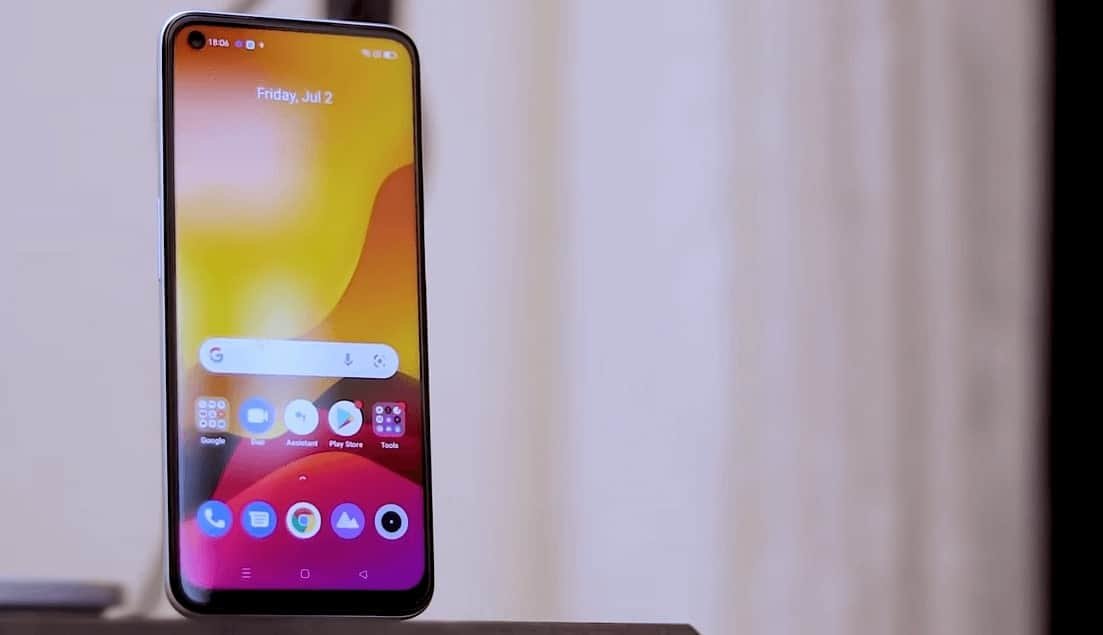 The realme narzo 30 5G smartphone has an “only” LCD IPS matrix. However, in combination with the refresh rate of 90 Hz and FHD + resolution (2400 × 1800 pixels), the whole thing gives a very decent effect for a smartphone at this price. On such a 6.5 ”screen, you can comfortably scroll through social media, watch Netflix, or view photos.

The colors are quite intense and warm but not exaggerated, which will appeal to fans of more natural tones. Those who frequently use navigation and are afraid of screen burnout after several years of using the smartphone in this way should also be pleased. On the other hand, the screen’s brightness is not always good, so taking pictures in direct sunlight or even using the navigation at high noon may be a bit difficult, but of course not impossible.

The performance of a smartphone largely depends on its processor, and the one in realme 30 5G is MediaTek Dimensity 700 5G made in 7 nm lithography. The smartphone does not heat up during more intensive use.

The smartphone has no problems with the smooth operation – whether during everyday activities or while playing (although you do not always see the 90 Hz refreshing). It happens that a moment after waking up, he has to think for a moment to pick up the right speed, and then you can see frame animations. However, this is noticeable because most of the time, the device is just very smooth. This impression is enhanced by the 90 Hz display but also by the realme UI 2.0 overlay.

The camera island with a square inscribed in the rectangular island of realme narzo 30 5G. What is less attractive is that “only” 3 of the 4 lenses fulfill their function. The fourth one is a dummy with the symbol “AI,” which means artificial intelligence onboard, making the photos better. Below I check if it really is, but one thing is certain without looking at the photos – the ultra-wide-angle lens is missing here. There are:

RELATED:  OnePlus 8 vs OnePlus 8 Pro: Which is Better 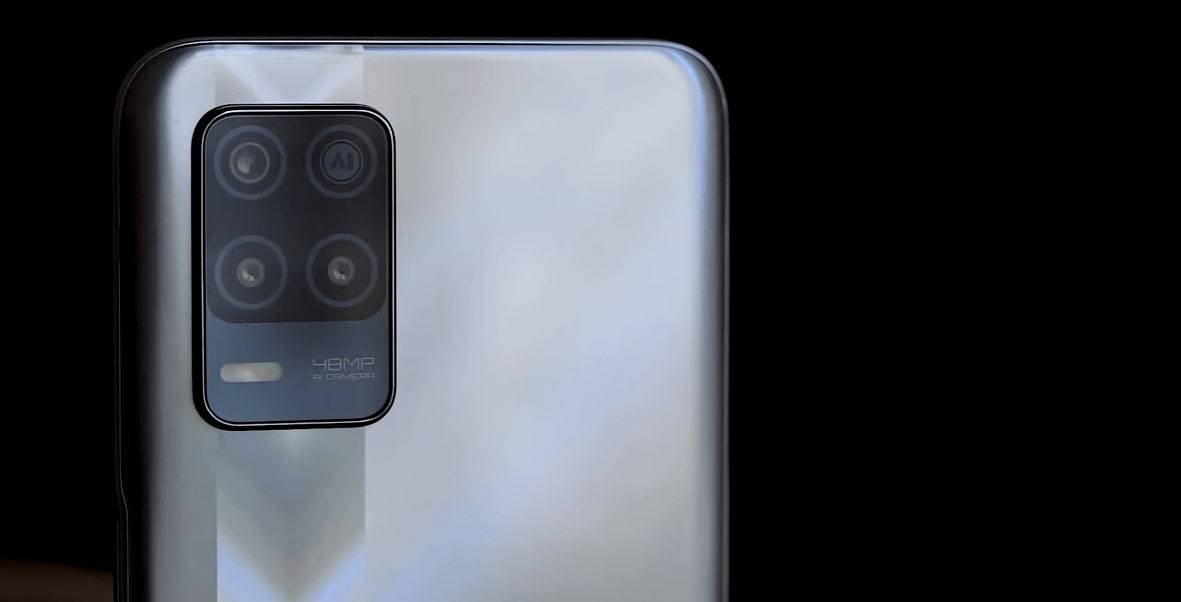 Fortunately, it can take a good, sharp photo – especially if the light is good. The maximum zoom realme 30 5G offers 10x. In good weather conditions, you can use it to bring the object closer and even recognize it, but you should not expect sharp and detailed photos. 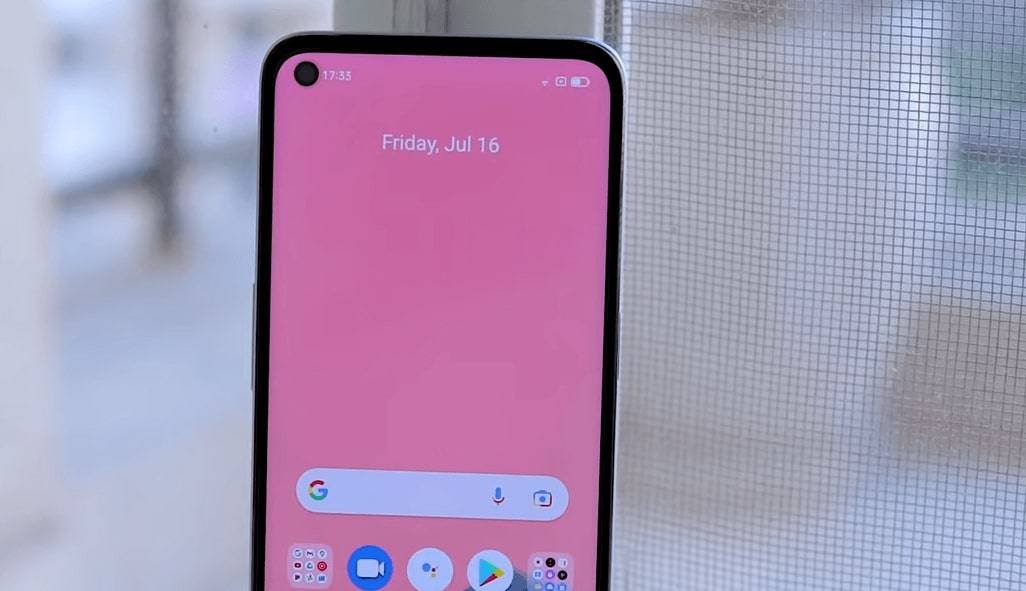 The selfie camera has 16 MP and brightness f / 2.1. The quality, of course, does not knock you on your knees, but it is definitely enough to send photos on Messenger. In portrait mode, the smartphone copes on average with cutting off characters from the background, as often the boundaries between sharp and blurry merge into one. However, the lens mustn’t change the aspect ratio of the face, and the handmade items look natural.

Macro lens- Lovers of close-ups should be satisfied with the brand’s lens in the realme 30 5G. Considering the price of the device, it can take quite nice photos of microscopic objects.

The smartphone records videos in 1080p / 720p and 30 frames per second. Additionally, there is an “ultra-stabilization” mode.

Typical for its price shelf, the realme 30 5G only has one loudspeaker. You won’t get the party going with it or hear the nuances of a tricycle playing in the Vienna Philharmonic. But, of course, this is not what this smartphone is about, and as in the case of the display – it is simple enough to browse social media and watch series, and it is perfectly suitable for this role. The more so because realme took care of the Real Sound technology, which allows you to select a sound profile for the appropriate activities.

A very nice addition is the 3.5 mm mini-jack headphone jack. The fact that you do not need any adapters to connect the headphones means that the quality of the music you listen to can gain.

The realme narzo 30 5G smartphone has a 5000 mAh battery. While for flagships with much higher energy demand, such a capacity may be an acceptable minimum, it is a very efficient solution for budget-makers. The smartphone received an average of 7 hours of display operation time from a full charge in everyday use, which is a great result for me. Depending on the style of your work, it can give you up to 2 days without charging your smartphone, which is a very decent result. 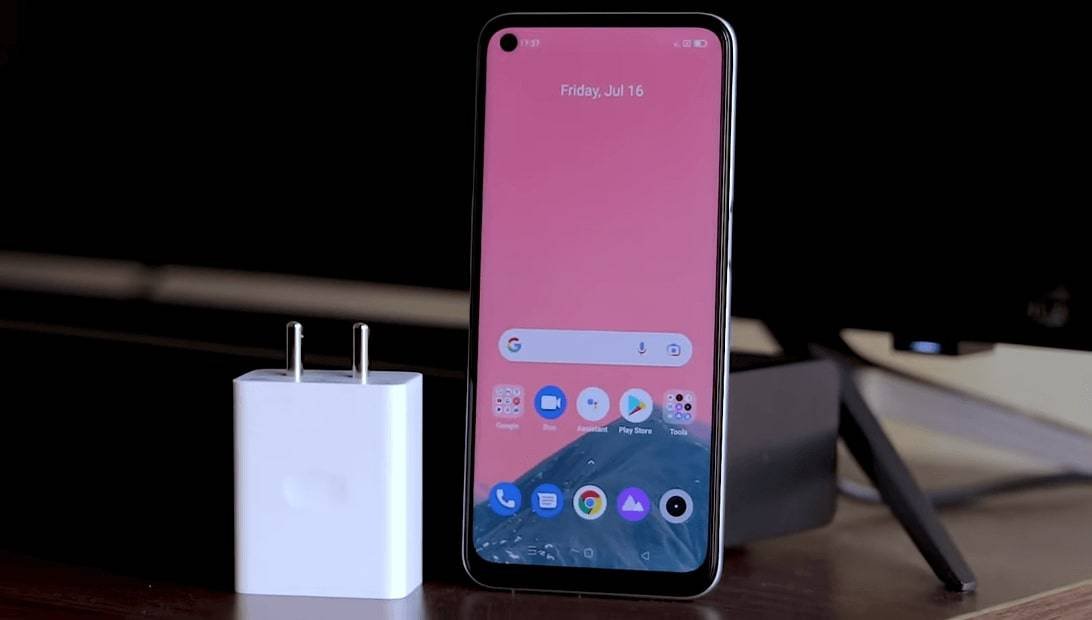 On the other hand, the 18 W charger is supposed to provide fast charging in marketing messages. Combined with such a large battery, this quick charge takes anywhere from 1.5 to 2 hours. As for today’s times – unfortunately, it is a lot. There is also no inductive charging, but hardly anyone expected it in a smartphone in this budget?

The smartphone frame has an effective embossing in the power button in which the fingerprint reader is embedded. It is located on the right side, slightly higher in the middle of the smartphone, this is the right place – although it is a purely subjective issue. 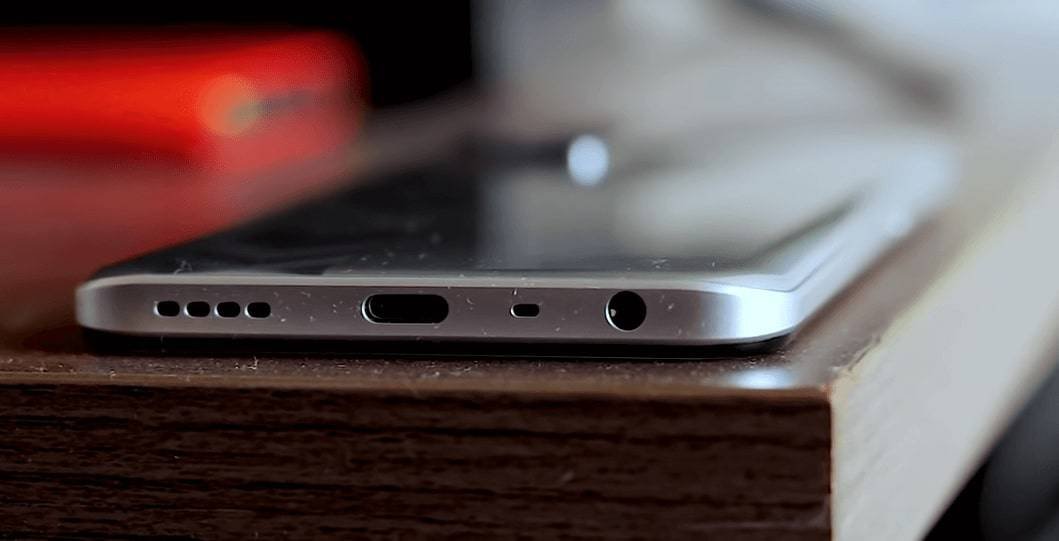 The frame also hides a huge tray for 2 SIM cards and an additional memory card supporting media up to 1 TB of memory. Not every smartphone can boost the possibility of such an expansion, which is why realme Narzo 30 5G should be a big plus in this aspect.

This is important because, thanks to the 5G DSDS mode, 5G mobile internet works on each of the two SIM cards in the smartphone.

The portfolio of cheap smartphones with 5G connectivity among Chinese manufacturers is constantly growing. And realme narzo 30 5G is a strong card among them. It is mainly distinguished by a friendly, relatively clean overlay, which is not overloaded with applications but offers a lot of personalization options. People with smaller hands will appreciate some system improvements, although the smartphone itself is not the smallest.

The specification of the smartphone on paper does not look like the strongest. Still, thanks to the MediaTek Dimensity 700 processor supporting 5G connectivity, there is no shortage of this power in practice. Everything happens quickly and without the feeling of waiting for anything. It is also due to the 90 Hz screen refresh rate and the aforementioned overlay, which is fluid, even in the smartphone version with 4 GB of RAM. Despite the slow charging, a big plus should also include the battery, which will allow up to 1.5 to 2 days of use.