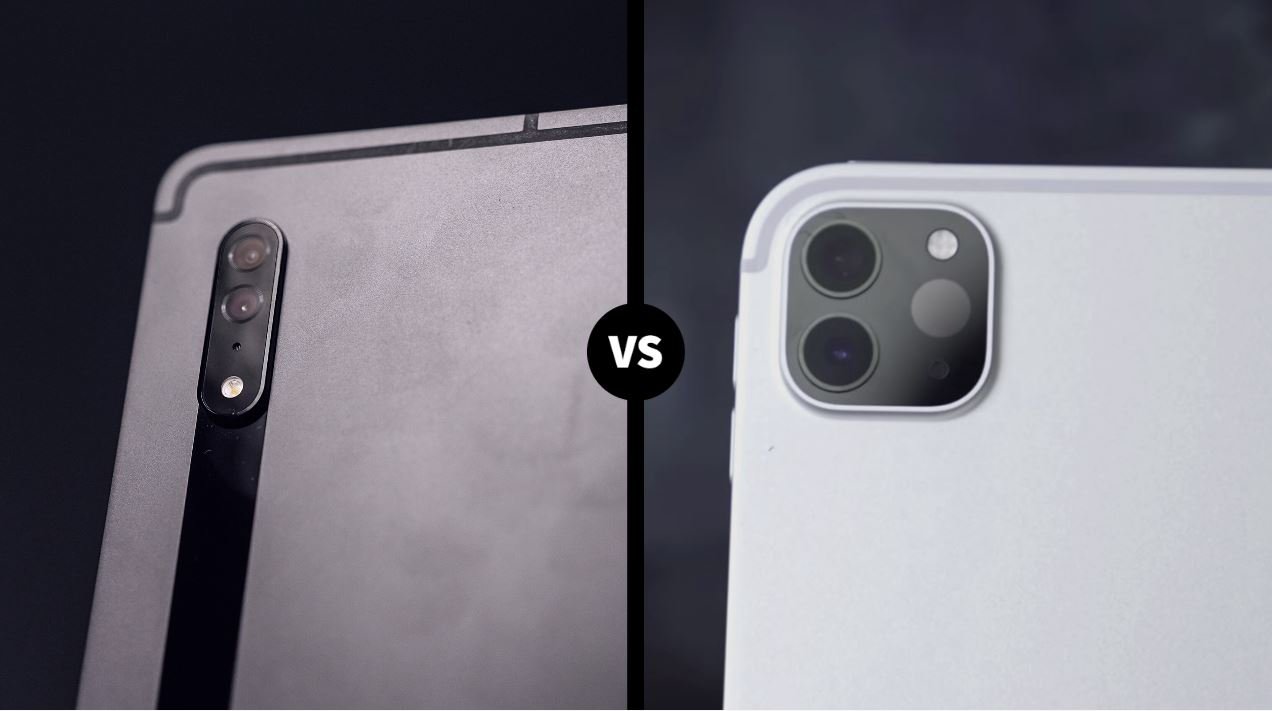 In the Galaxy Tab S8 Ultra, Samsung is launching a completely new form of a tablet that shouldn’t be aimed at private users at all but at creative people, media professionals and everyone who professionally depends on a large digital drawing surface. The AMOLED display of the Tab S8 Ultra measures an exceptionally large 14.6″ and therefore weighs a lot: over 700 grams. There is a 13-megapixel camera on the back, which is decent for a tablet, and a magnetic surface for the included S Pen.

The battery has an impressive 11,200 mAh and should last at least a full working day. The device masters all common radio standards, including the brand new Wi-Fi 6E, which can also be used in the new 6 GHz frequency band.

Everything M1: Apple’s stroke of genius with the processor’s creations determines the product design of the new models of iMac, Mac mini and iPads. Even the large professional iPad now gets Apple’s top processor. This surpasses the already extremely fast bionic processor of the predecessor by far. Around 50% more power can be expected. This makes the iPad Pro, combined with a keyboard and mouse, a serious mobile workstation on which media can be edited almost without restrictions. Thanks to the very sharp and accurate display with a wide dynamic range and HDR for colour-critical work, everything is fine anyway.

The improved front camera also keeps an eye on you during video meetings when you move back and forth within the image section – for example, during presentations. The camera duo on the back remains unchanged but works at an outstanding level for a tablet anyway. New in the program is 5G mobile communications, for which Apple charges an additional charge of around 170 USD.

The “Galaxy Tab S8 Ultra” uses “organic EL” with high contrast and excellent color development, and the front camera is installed in a notch shape. The “iPad Pro 12.9 (2021)” has a “Liquid Retina XDR” with more than 10,000 mini LEDs, which enables a brighter screen display than the conventional “LCD“.

The Galaxy Tab S8 Ultra is equipped with “Android OS” developed by Google, but iPad Pro 12.9 (2021) is Apple’s “iPad OS“. “Android OS” is characterized by its customizability that can be used for various purposes. “IPadOS” is adopted only for Apple products and realizes excellent operability and security performance.

The “Galaxy Tab S8 Ultra” is equipped with a fingerprint sensor with a built-in screen, and the front camera can be a dual camera (standard + wide-angle camera), and a microSD card can be used. IPad Pro 12.9 (2021) supports advanced 3D face recognition Face ID.

The Galaxy Tab S8 Ultra has thin bezels, but it’s worth noting that there’s a notch for the front camera, though Samsung has previously ridiculed Apple for making a notch on some of its devices. At the same time, Apple’s iPad Pro doesn’t have a notch.

Despite the notch, the Galaxy Tab S8 Ultra’s display is better as the OLED has an advantage over the miniLED ‌iPad Pro‌ due to blurring and light leaks, which can cause some elements on the screen to look worse when viewing high-contrast content.

Samsung has placed the Galaxy Tab S8 Ultra’s front camera in landscape orientation, making sense for a tablet of this size as it looks more like a laptop. The camera is positioned for use in portrait orientation in the iPad Pro, which is inconvenient on a large display.

The Galaxy Tab S8 Ultra lacks a face recognition system, unlike the iPad Pro, which has a Face ID. Instead, Samsung has built a fingerprint sensor into the power button, similar to Apple’s iPad Air.

The ‌iPad Pro‌ supports the Apple Pencil as an input device, while the Galaxy Tab S8 Ultra has the S-Pen that comes with the tablet, so no additional purchase is required. The S-Pen is more versatile, with air commands in addition to the standard stylus functions. Both the Apple Pencil and the S-Pen work simultaneously, with minimal lag and the same palm deflection capabilities.

For the Galaxy Tab S8 Ultra, a keyboard with a trackpad is available for $350. The keyboard works well, but the trackpad lags far behind the Apple Magic Keyboard in terms of usability. The battery life is the same, but Samsung comes with a more powerful 45W adapter so it can charge faster.

In terms of hardware, the Galaxy Tab S8 Ultra and the 12.9-inch iPad Pro‌ are similar, and both are great tablets, but the software sets them apart. The iPad OS operating system could be better in desktop usage scenarios, but it still outperforms the Android-based operating system. Apps don’t always work properly, scaling doesn’t work, and a few other issues.

Samsung did develop DeX to improve desktop multitasking, it’s like Chrome OS with a dedicated docking station, but it’s still not a complete replacement for a computer like ‌in the case of the iPad Pro‌. The M1 chip is significantly faster, and there is no real competition in terms of performance.

Overall, the ‌iPad Pro‌ benefits from the operating system and performance of the ‌M1‌ chip, but the ecosystem is also an important factor. No dedicated Samsung user would buy an iPad, and the same goes for Apple device users who are used to the Apple ecosystem.

Usually, the camera may not be used as the tablets focus on very much. Due to the convenience and flexibility of taking pictures, many people may need it for meetings or video calls. Both models are still doing well at this point.

Samsung Galaxy Tab S8 Ultra is packed with the Qualcomm Snapdragon 8 Gen 1 chipset, the latest flagship chip. Provides fast performance. It supports 5G (Wi-Fi only option is also available) and has 8GB of RAM and 128GB of storage, supporting microSD expansion up to 1TB.

As for storage capacity options, the Apple iPad Pro 12.9″ appears to be more versatile. Because Apple’s side can’t add additional memory such as microSD cards.

It can be seen that both the Samsung Galaxy Tab S8 Ultra and the Apple iPad Pro 12.9” are two of the top tablets on the market today, with specs and prices that are quite comparable, really what performance and usability. The various things are equally well done.

But on the side of the Samsung Galaxy Tab S8 Ultra, there will be a noticeably bigger screen. And it’s a screen in a widescreen aspect ratio similar to the familiar TV, monitor or laptop screen. Therefore, it should be able to answer the question in terms of entertainment a little better.

There is also a story of the S Pen that is included in the box without buying more to pay. Therefore, we would like to give total value to the Samsung Galaxy Tab S8 Ultra.

However, what we offer in this article are just some of the components of these two tablets. But when we buy a tablet, we have to look at the overall picture in other aspects of the suitability of each use.