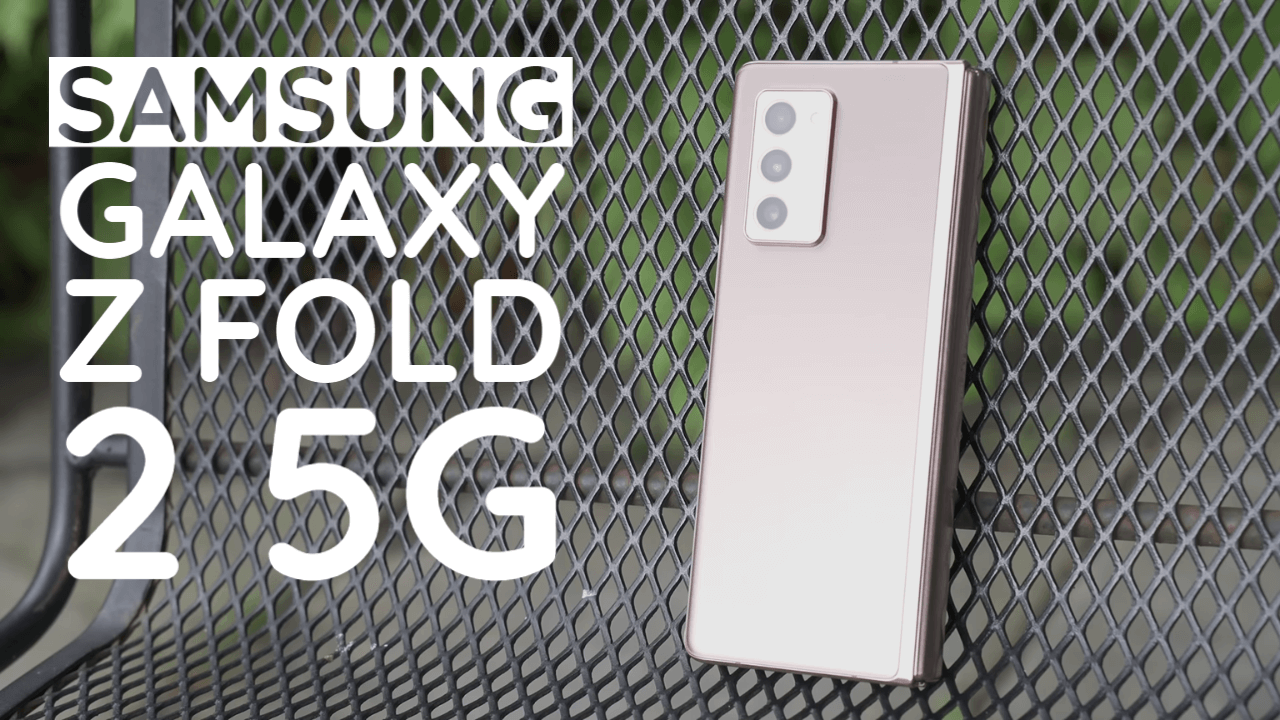 Samsung maintains its bet on folding phones. Last year we saw it with the Galaxy Z Flip, a foldable “clamshell” or “with a cap” in the old fashioned way, however now we are talking about nothing more and nothing less than the successor to the Original Fold, the dream of turning the cell phone into a tablet when we are sung. The Galaxy Z Fold 2 is a book-style foldable device that features a new design along with an improved hinge system, a more functional external screen, and without the problems of its predecessor? Get to know it.

Today we’re going to showcase the Samsung Galaxy Z Fold 2 5G. The second generation of Samsung’s foldable phone that turns into a tablet as opposed to the Z-Flip which turns into a regular phone from a little compact size thing. So just like the last-gen model, this one’s really crazy expensive it’s 2000 USD. This time you don’t get the wireless Galaxy buds in the box like you did last time. The specs are top-notch on this. 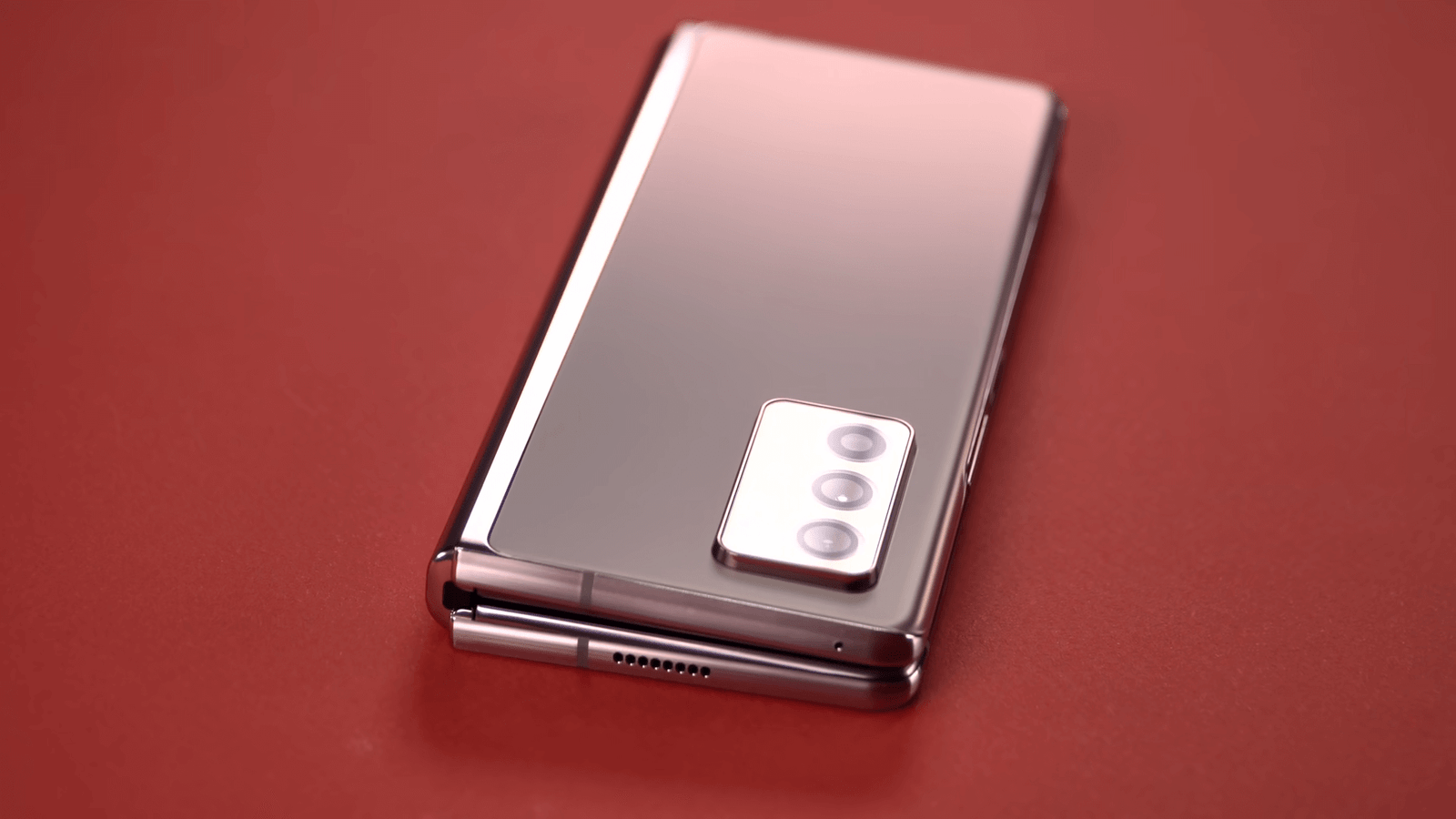 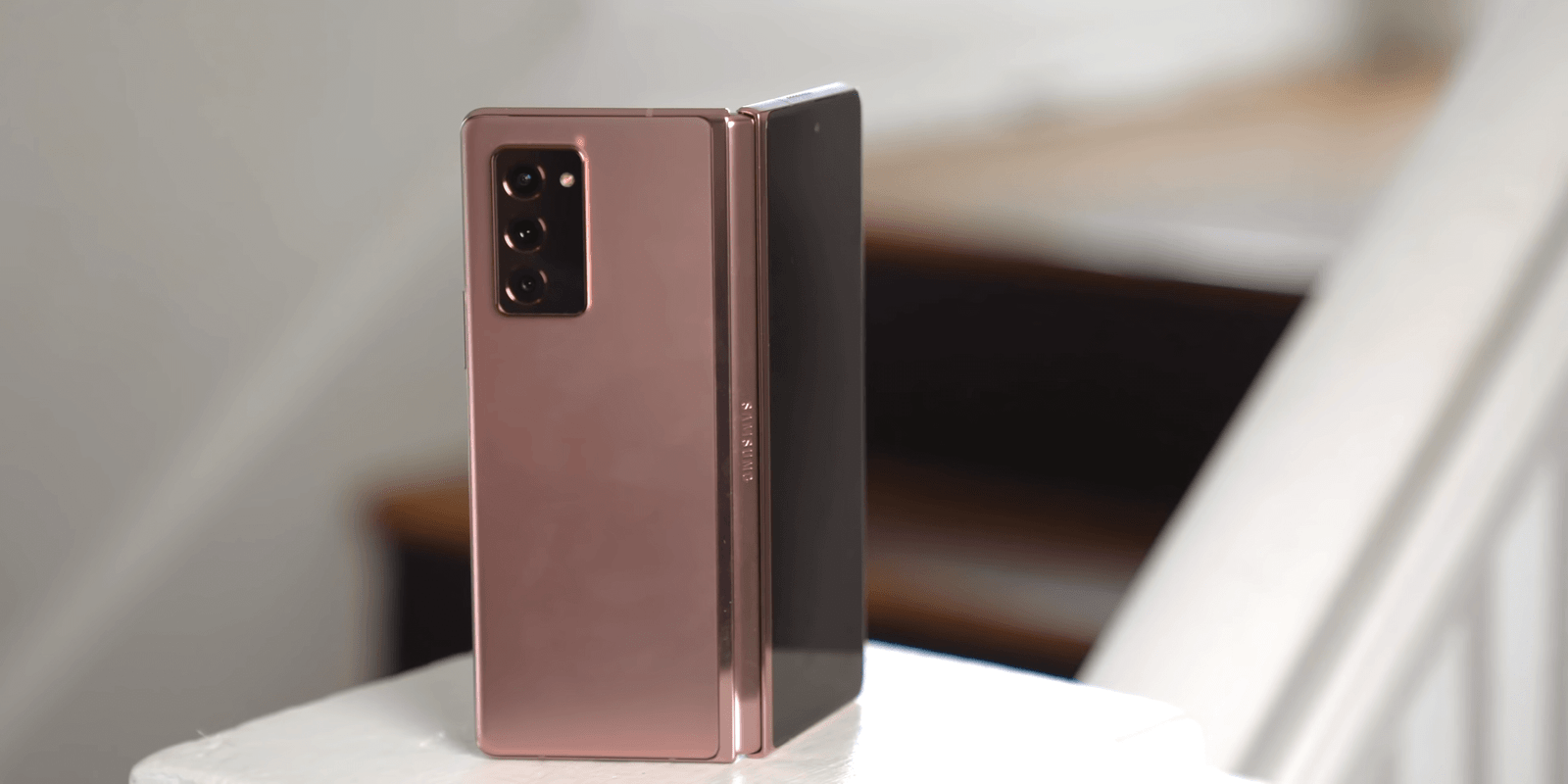 Moving on to the screens, the Galaxy Z Fold 2 on its front has a 6.23 ″ (816 x 2260 pixels) Super AMOLED secondary panel and a 25: 9 form factor, a noticeable change from the 4.3 inches of its predecessor. This is the most important change in the second edition. Now the Fold can really be used as a closed team. The external display is large and precise enough to be able to write, view messages, read and do almost everything on the go without having to open the computer.

On the other hand, the front camera is embedded with a micro-perforation in the upper centre. In addition, for those who worry about shocks, it has Corning Gorilla Glass Victus technology, the toughest glass available for Galaxy phones, according to the company.

The biggest improvement is the outer display. The outer display is 6.2 inches it is edge to edge, it’s usable, it’s still very narrow though. For things like phone calls, we have an O-LED display that is class. It has a factory screen protector on it. We also have the new inner display which is ultra-thin glass called UTG. That’s new, the last one was just a polymer. The drawback is it’s wider to hold whereas we can hold the original generation Fold pretty easily with one hand this one is literally a stretch. It does feel a bit more like glass compared to the first generation, a little less spongy and it looks a bit less wavy. If you’re a multitasking kind of person there is that split-screen feature and you can drag the bars between the two.

With the Galaxy Z Fold 2, Samsung incorporates a 7.6-inch folding 2X dynamic AMOLED display (1768 x 2208 pixels) and 373 PPI density. This device has a screen-to-body ratio of 88.6 per cent, and although we find almost the same number of inches as the original Fold, the ratio improves by 3 per cent since it does not have a notch for the internal camera but a note-style hole, in this case, in a folding liquid glass screen, which sounds like science fiction.

The main screen of the Galaxy Fold 2, of course, has HDR + and, the most interesting detail that we can highlight is that it has a frequency of 120Hz, the best on the market. It is undoubtedly a significant improvement, although we can only appreciate it on the main display since the secondary display is only at 60Hz.

One of the points to highlight, and undoubtedly an improvement that Samsung introduced, is that when opening the device there are no slits in the middle of the screen if you can see the fold against the light, but it is really something that is not it will bother when using the equipment. 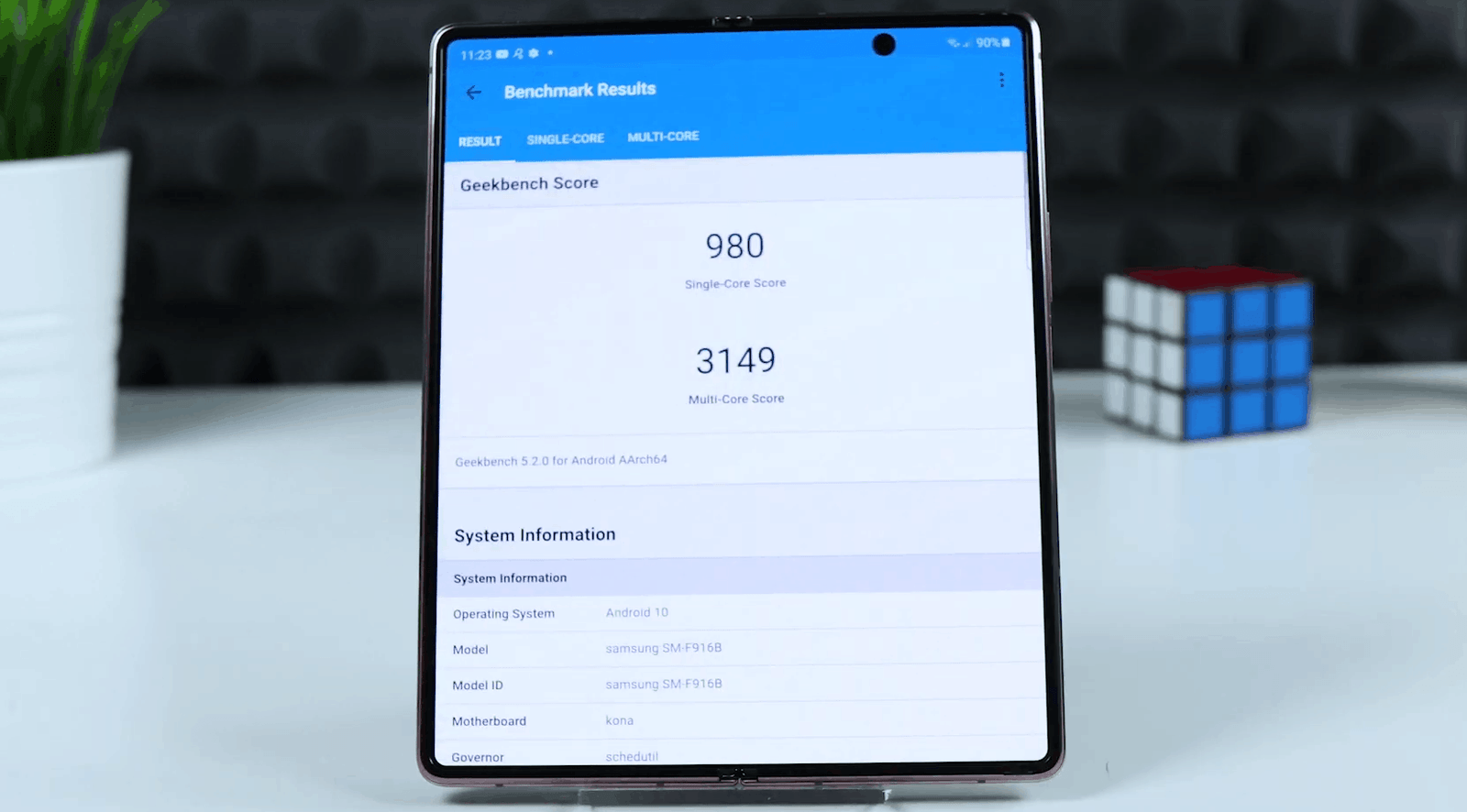 The most powerful on the market. It performs well, responds instantly even to switch between screens and does not lag at any time, as expected. 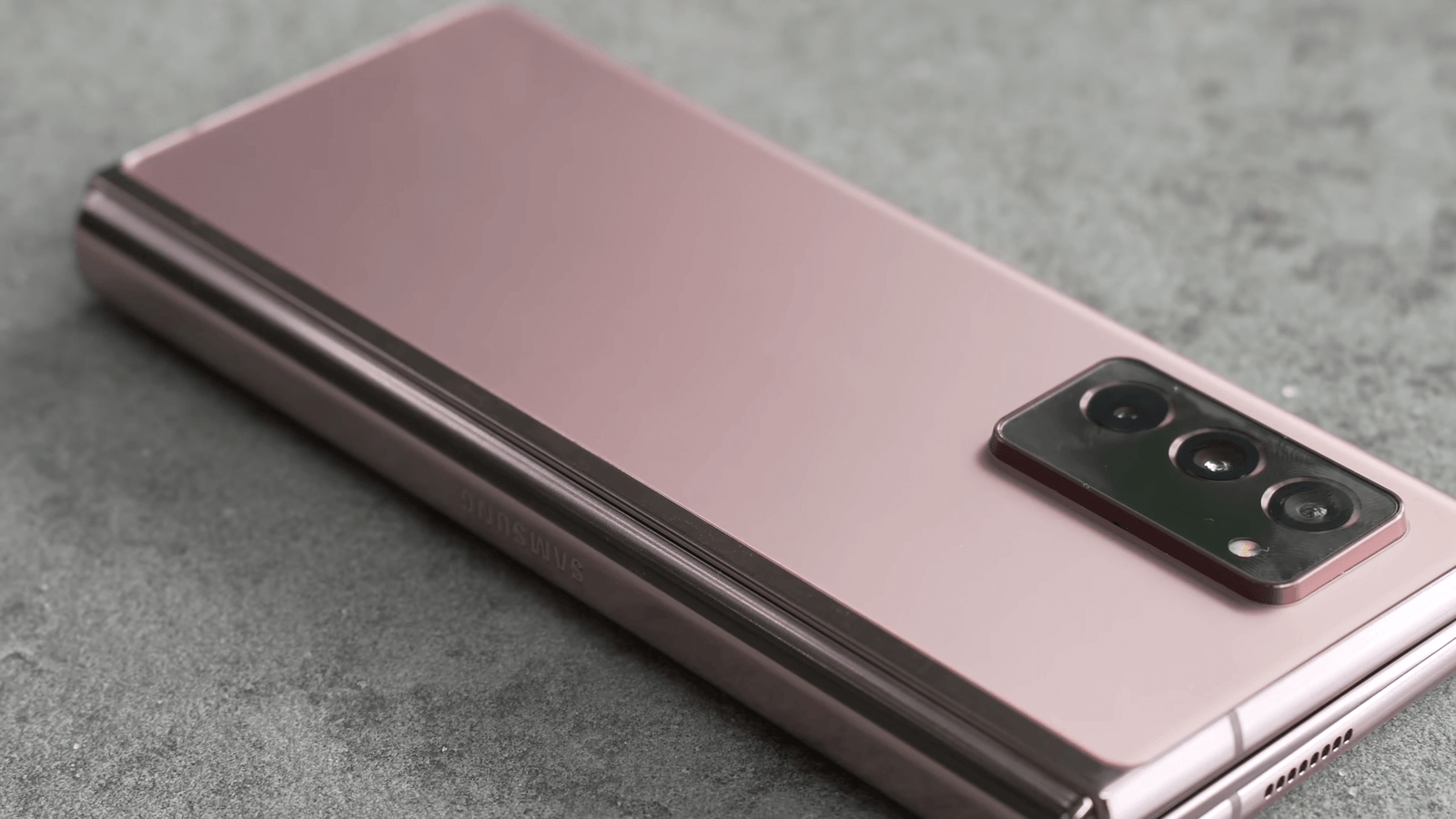 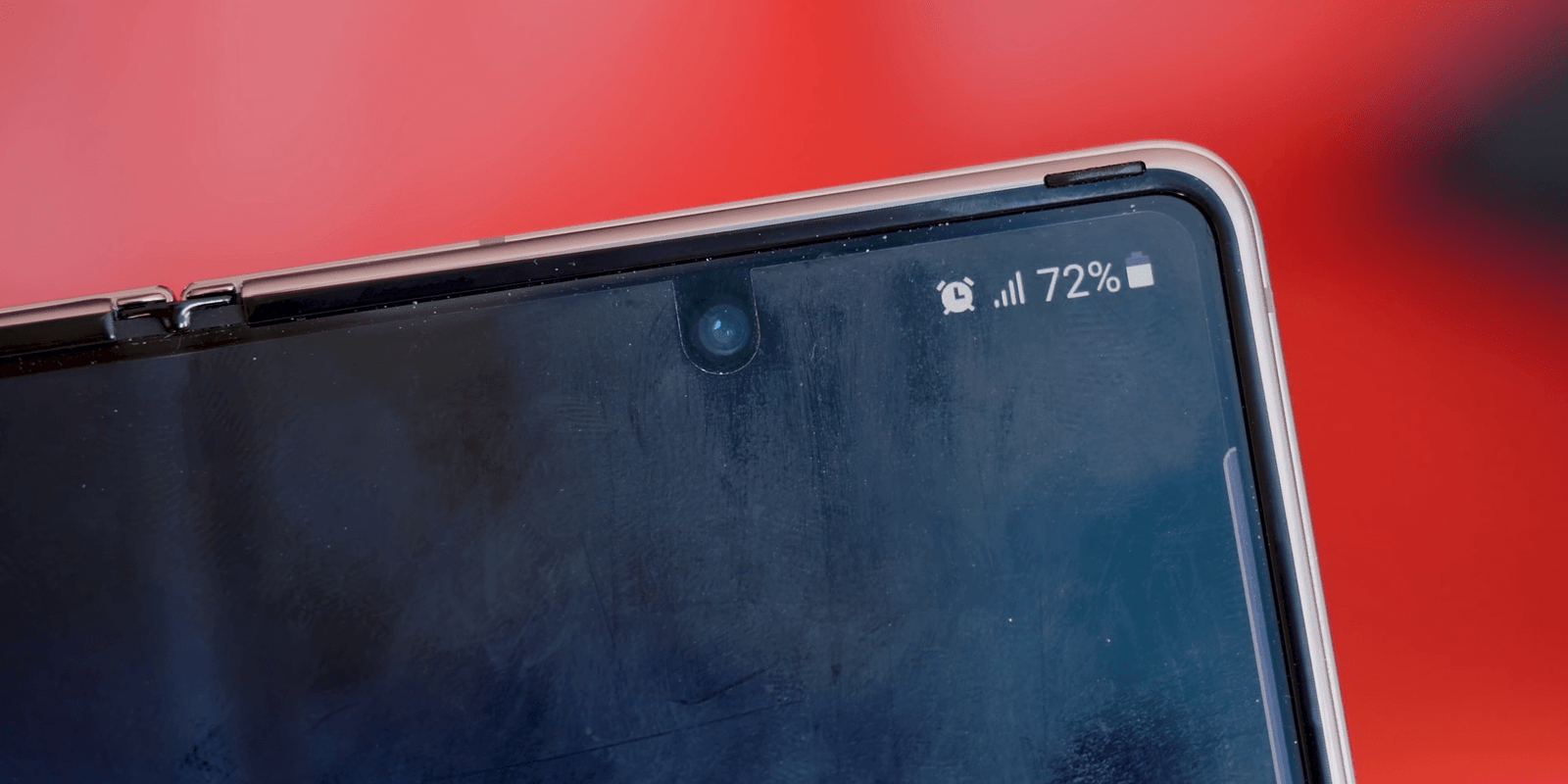 We have triple cameras on the rear, so we’re not hurting there. In terms of photography, you have your ultra-wide, your main wide-angle lens, and the telephoto. Each of those is 12 Megapixels. You’ve got a 10 Megapixel selfie camera on the front display. When it comes to the cameras they do a good job, we have those triple 12 Megapixel rear cameras and they’re all very good. You have 2X Optical Zoom and 10X Digital Zoom and it’s pretty decent. You’ve got Pro mode, you’ve got 4k video recording at 60 FPS and slow-motion.

The reality is that the cameras section left us with little pleasure. While we are talking about sensors with good configurations, accompanied by good software such as Samsung “could be better.” Our bases? The price. While we are talking about a foldable device, the reality is that if we compare it with the Galaxy Note 20 Ultra that has a 108MP sensor, it costs 800 dollars less.

The reality is that the photographs that we can obtain with the Galaxy Fold 2 are acceptable, in good lighting conditions. The colors, contrast and exposure level work harmoniously, obtaining good images with great sharpness.

However, when it gets dark or in a place with poor lighting, the noise is present. Focusing problems become frequent, colors appear to have a sepia tone, losing sharpness and contrast. Not to be confused, the results are excellent, but for what it’s worth, it would have to be the best on the market, or at least the best of Samsung, because there is plenty of room. 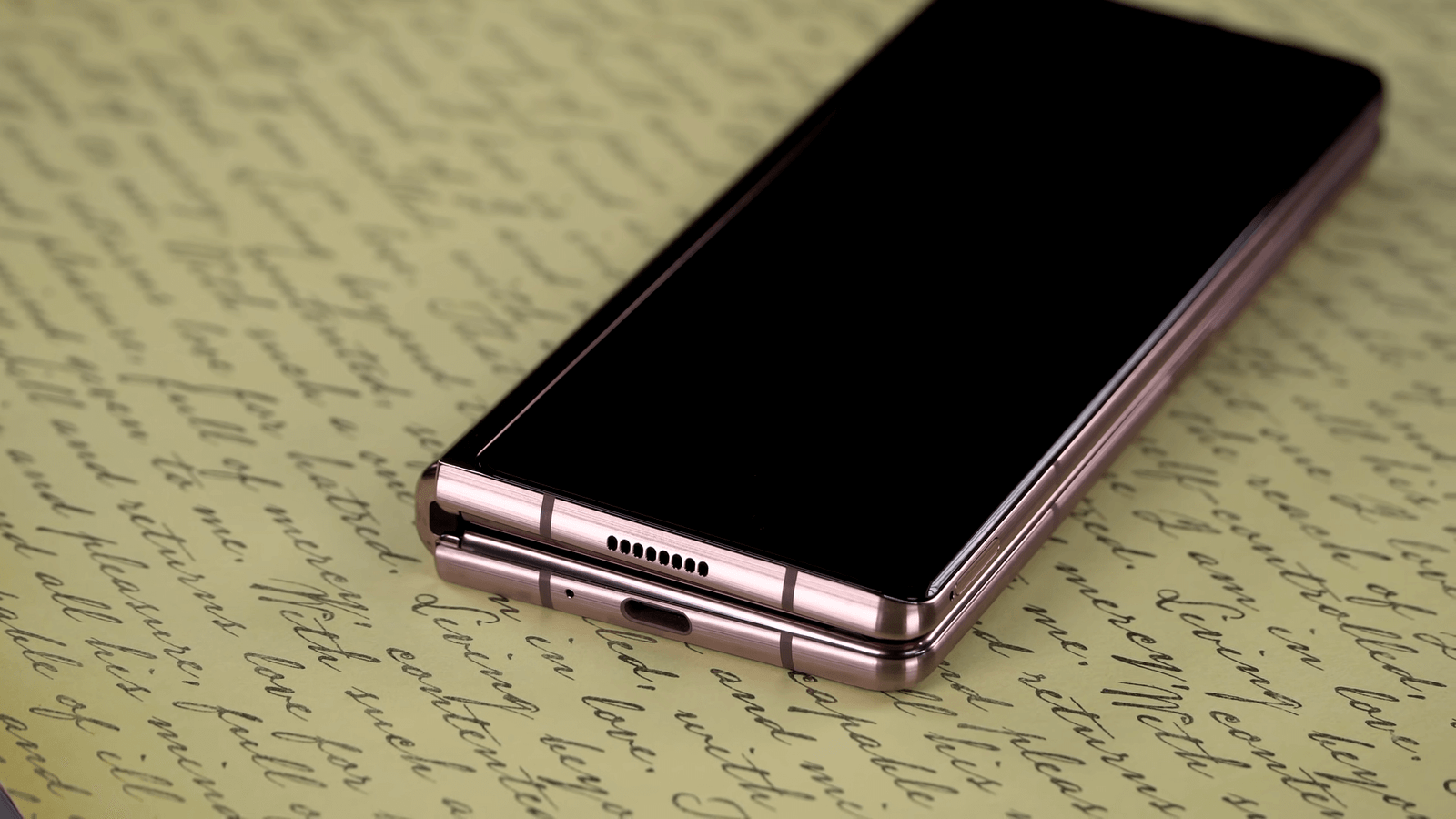 We do have wireless charging and we have 25 Watt fast charging, whereas the first generation was normal charging. When it comes to battery life, we have 4500 mAh batteries in both of them. If you use it closed, a lot of the time you’ll get better battery life and if you’re always using tablet mode you may get shorter battery life.

The Galaxy Fold 2 has no problem when facing a demanding day and arrives with complete peace of mind at 30 hours of use on a single charge. You’ve got things like Wi-Fi 6, Bluetooth NFC. It’s not water resistance because this is a folding phone. Sadly there’s still no S-pen support.

It would have great if it had been more affordable If it has an S-pen If the display was not as delicate as it is now. But beyond that, they have just done leaps and bounds of improvement. It’s gorgeous looking, it has great cameras, the display outside is now usable, it’s pretty impressive. So we can simply conclude that we have a lot more improvement in this and it’s better than the previous generation.

The Galaxy Fold 2 is undoubtedly a breakthrough in the market for folding devices for Samsung. The design is elegant, comfortable and functional, with the exception of the camera module that can be more exposed than the body itself.

The device feels like a leap, something new and innovative that changes the way you use a cell phone. In addition, good performance and autonomy for the whole day that it supports for any activity that we want to do: work, recreational and more.

Yes, the price is unreal and it is not designed for a mass market, but for people who want to feel a taste for the future, or for innovation.

What is the Difference: Realme X50 Pro 5G vs OnePlus 8 Pro