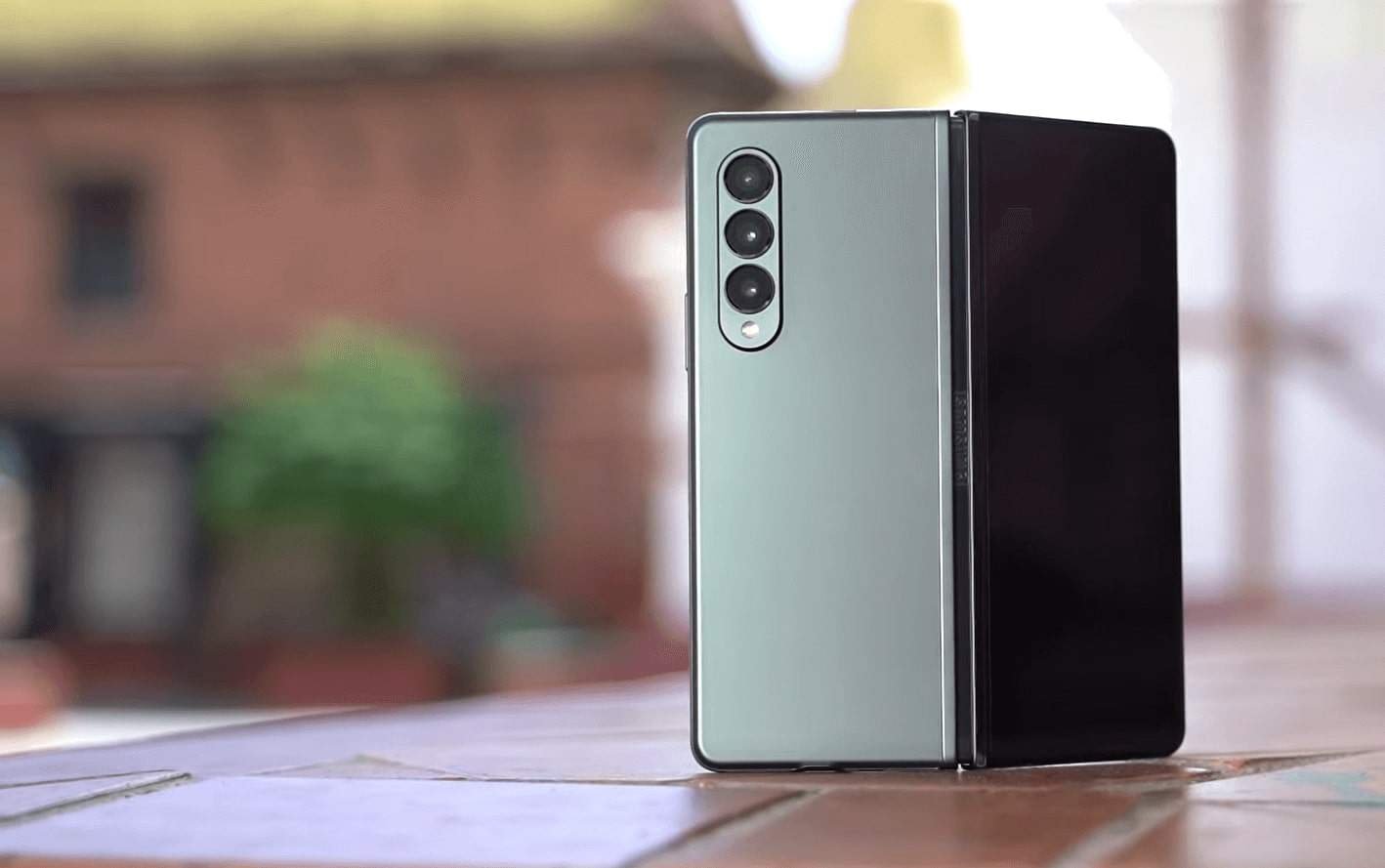 Samsung unveiled several new products. The central star is, of course, the Samsung Galaxy Z Fold3 – probably the best-equipped smartphone from the Fold category in the world. Interestingly, it costs significantly less than its predecessor, which is also impressive.

After the Samsung Galaxy Z Fold 2 5G, the Galaxy Z Fold 3 5G is now set to become the company’s folding king. Dimensions and style are the same as the predecessor, but a lot has changed under the hood.

Another representative of the foldable Galaxy Z series is the Samsung Galaxy Z Flip3. This model was in a slightly different philosophy – it is not a smartphone folded in the form of a tablet but a phone that reduces its size. Fans of compact devices should be satisfied.

Let’s go back to the start of today’s presentation and take a closer look at the Galaxy Z Fold3 5G – learn about their specifications.

We were able to take a hands-on look at the Samsung Galaxy Z Fold 3 5G. You can find out our first impressions.

Qualcomm’s Snapdragon 888 works in the Samsung Galaxy Z Fold 3 5G. This means that the foldable support 5G as standard. There is space for two nano-SIM cards in the card slot. Dual SIM can also be implemented with a nano-SIM and an eSIM profile. 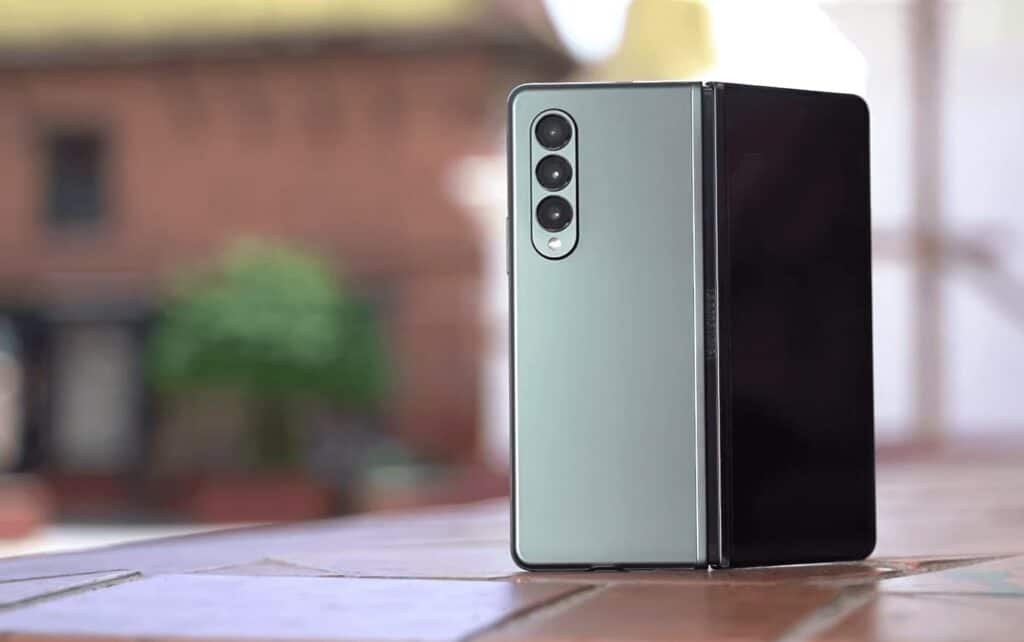 The Galaxy Fold series is currently a kind of quintessence of the concept of a folded smartphone on our market. After opening a device with classic smartphone sizes, it assumes that we will get a large and comfortable screen resembling a tablet. 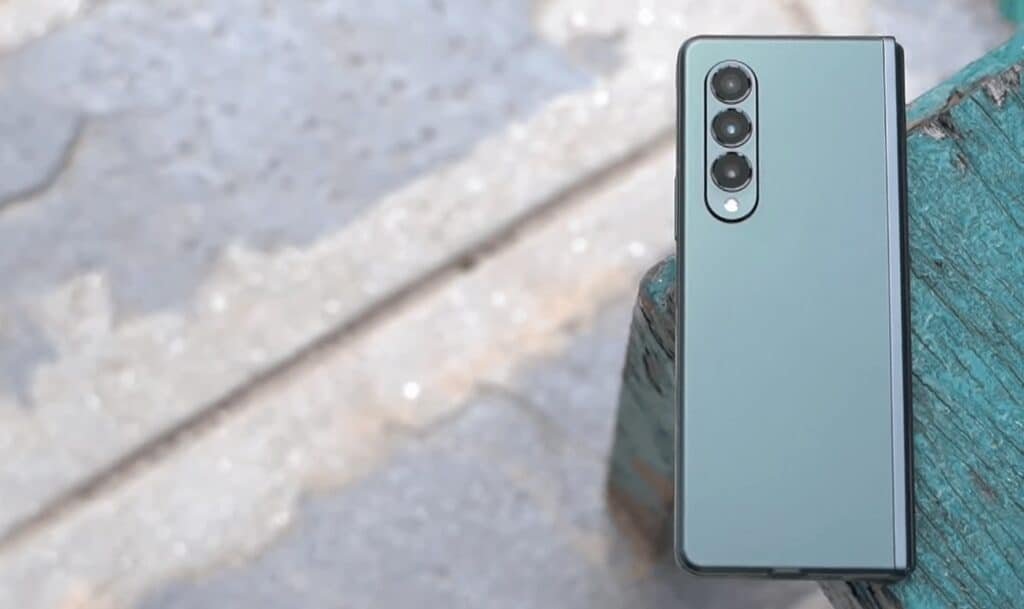 The external Dynamic AMOLED 2X 120 Hz display in the Galaxy Z Fold3 has a diagonal of 6.2 inches and is protected by Gorilla Glass Victus glass. After opening the smartphone, we see an internal, 120-hertz 7.6-inch screen made in the same technology. However, these are parameters that are not very innovative compared to the older Galaxy Fold2. 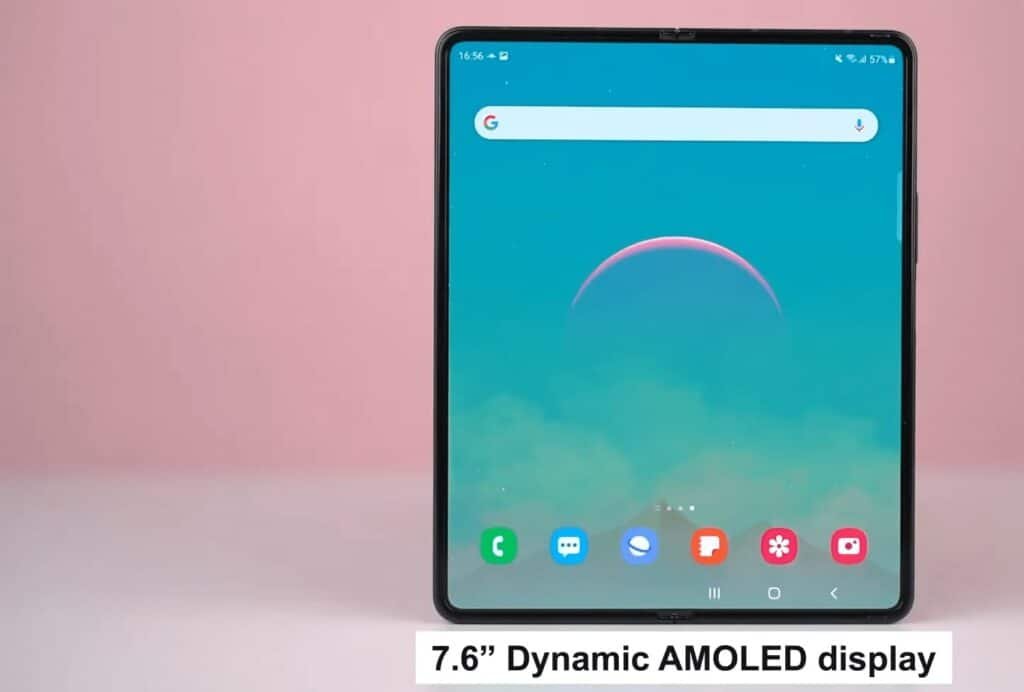 Tablet format- With the Galaxy Z Fold 3 5G, Samsung wants to reunite tablets and smartphones. In practice, it looks like this: A larger display in 22.5:18 format with 7.6 inches offers a design that goes far beyond conventional smartphones. If you fold it up – in other words: if you bend it in the middle – and external display measuring 6.2 inches is activated, which can also be used for all smartphone applications. 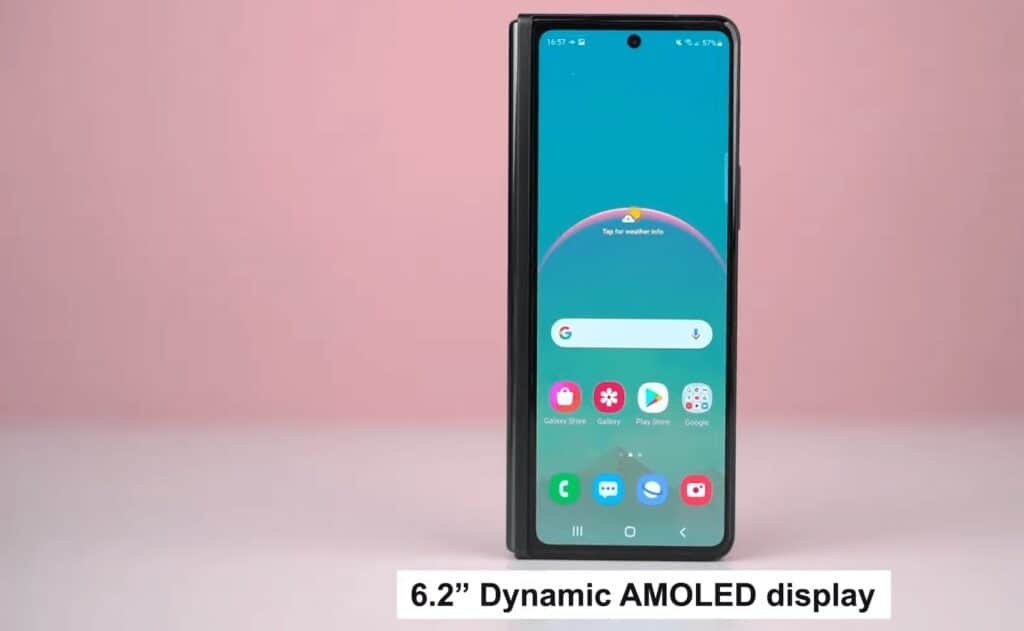 The new thing about the Galaxy Z Fold 3 5G is that the outer display now also supports higher refresh rates of up to 120 Hz. Both outside and inside are AMOLED panels; the main display has a maximum resolution of QXGA +, the outer one supports HD +.

The large main display has its advantages in the multitasking area. The display content can be split, and different apps can be displayed side by side in parallel and operated independently. 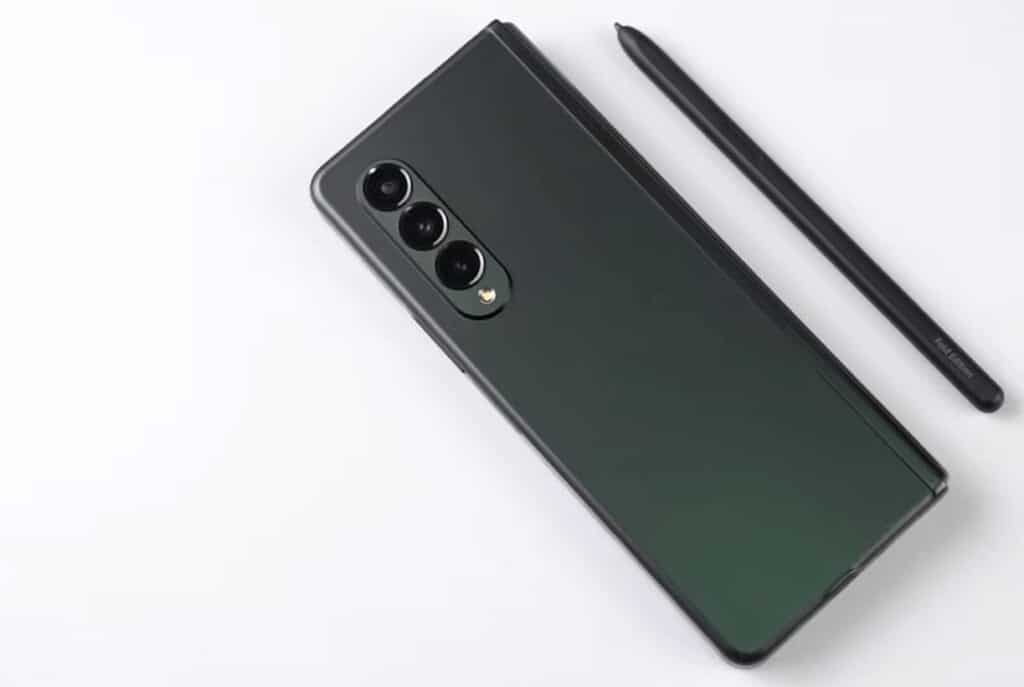 Two different pens will work with the Galaxy Z Fold3. The S Pen Fold Edition includes the same tip as the S Pen Pro, but the pen itself is passive and does not require a Bluetooth LE connection to the phone, which means that it does not need to be charged. 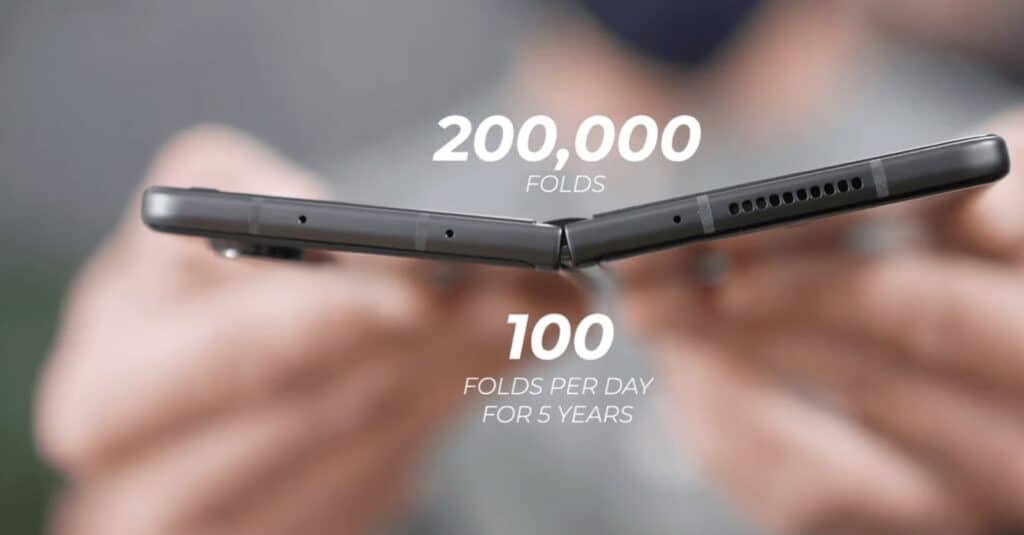 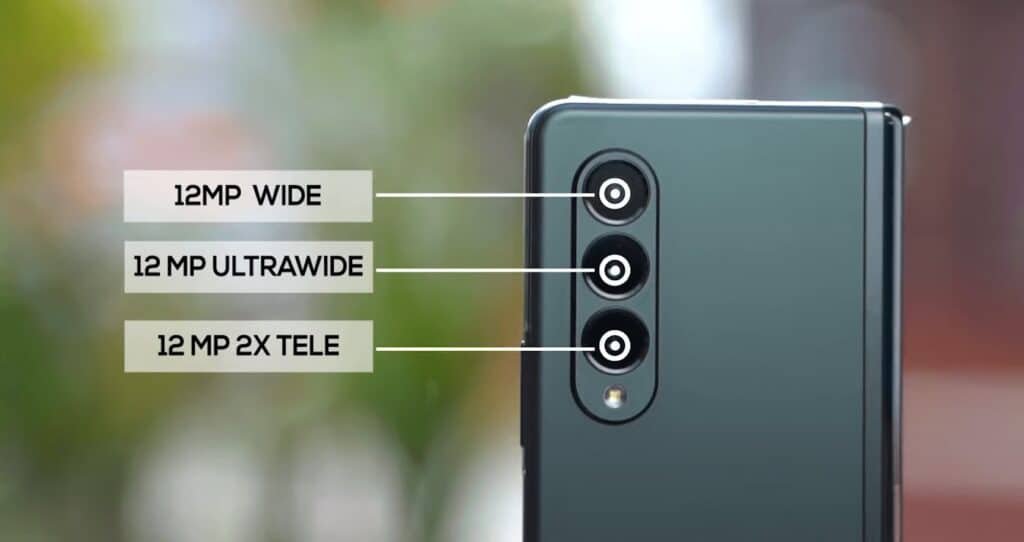 Another change in the Galaxy Z Fold3 is the camera (4 megapixels) located under the surface of the internal screen. However, your watchful eye will immediately notice where it is. At this point, the panel looks a bit different – it has a different structure—such as a visible mesh of pixels.

In addition to the hidden camera, the smartphone is also equipped with a classic front camera with a resolution of 10 megapixels (without the AF system) and a triple primary camera with 12-megapixel modules: standard, wide-angle, and 2x tele. 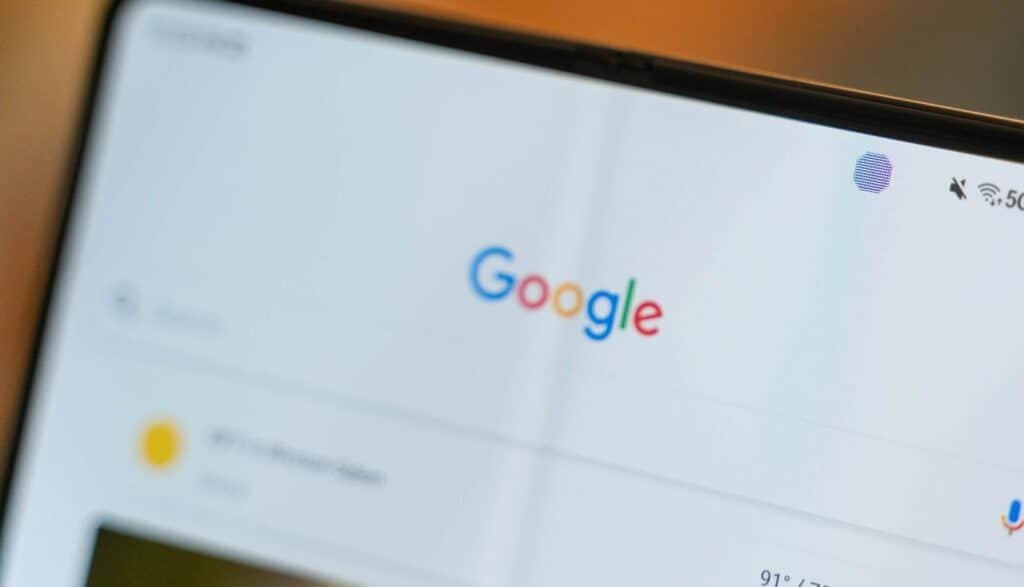 Invisible selfie camera- Only when the selfie camera is inactive does it become opaque. But it remains visible. The idea is basically not bad. The camera under the display at least ensures that the content of videos and co. Is no longer interrupted by a punch. However, we already find the solution in the predecessor subtle enough that it does not bother us.

The front camera in the main display of the Samsung Galaxy Z Fold 3 5G is designed at a wide-angle and has a maximum resolution of 4 megapixels (aperture: f / 1.8). Selfies are also possible with another camera. The external display also has a module, but this is classically integrated as a punch hole. The resolution is a maximum of 10 megapixels (aperture: f / 2.2). 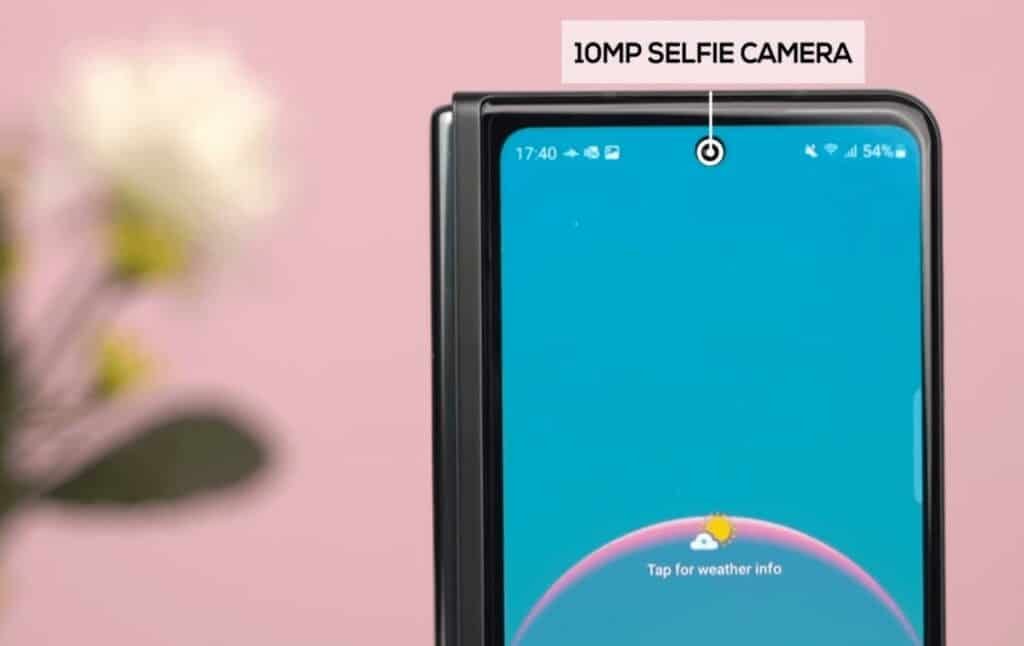 The selfie camera was implemented as a punch hole in the predecessor. That means: A piece was removed from the display to make room for the camera. This is no longer necessary with the Samsung Galaxy Z Fold 3 5G. Samsung is now installing a camera below the display.

In a direct comparison with the Samsung Galaxy Z Fold 2 5G (in the picture on the right), the difference between the two selfie cameras on the main display becomes visible. We rate the punch hole in the predecessor as subtle, but it cannot be overlooked. The new under-display camera is much more cautious, but you still know exactly where it is due to the optical labeling.

Ultimately, this also makes sense because you know where to look at video calls and the like. 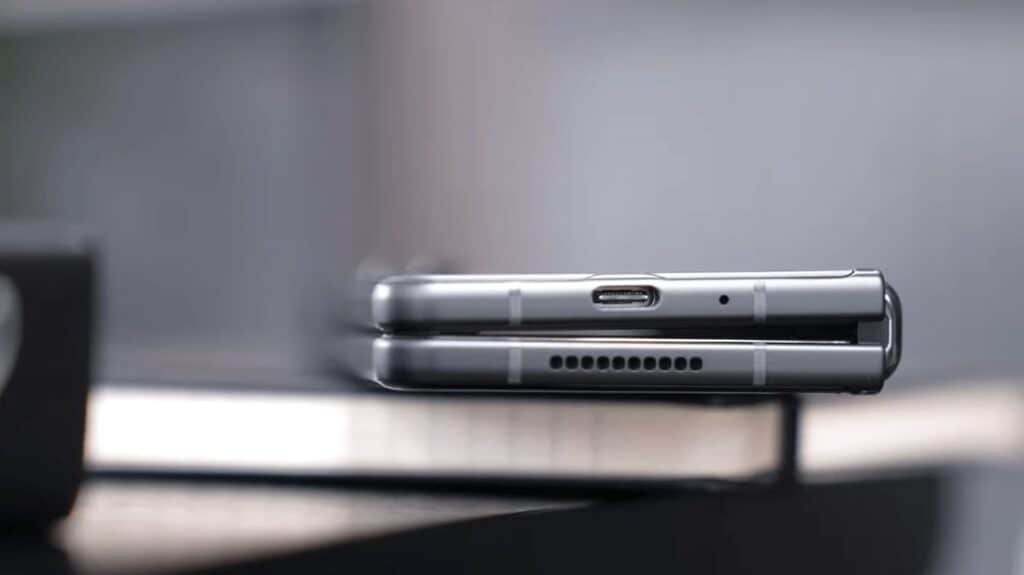 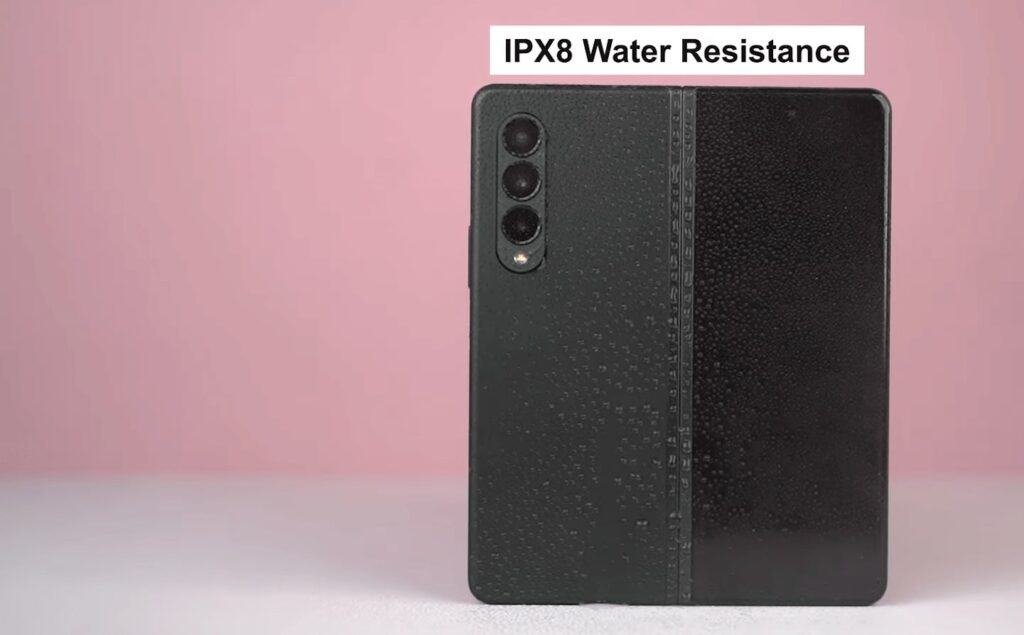 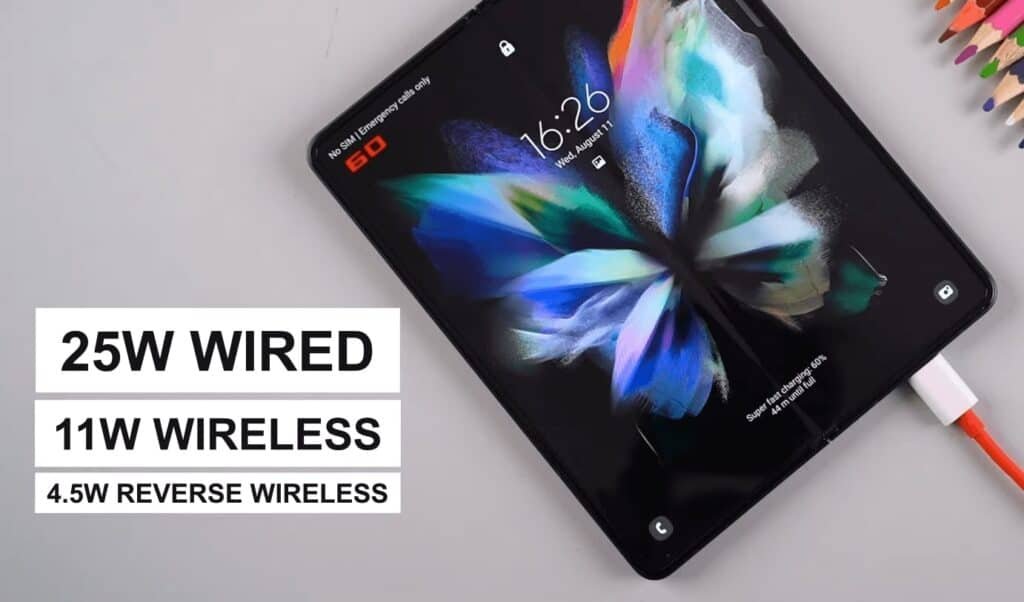 The battery capacity is 4400 mAh, with the power being divided into two modules. Fast charging is supported with 25 W, inductive with 10 W.