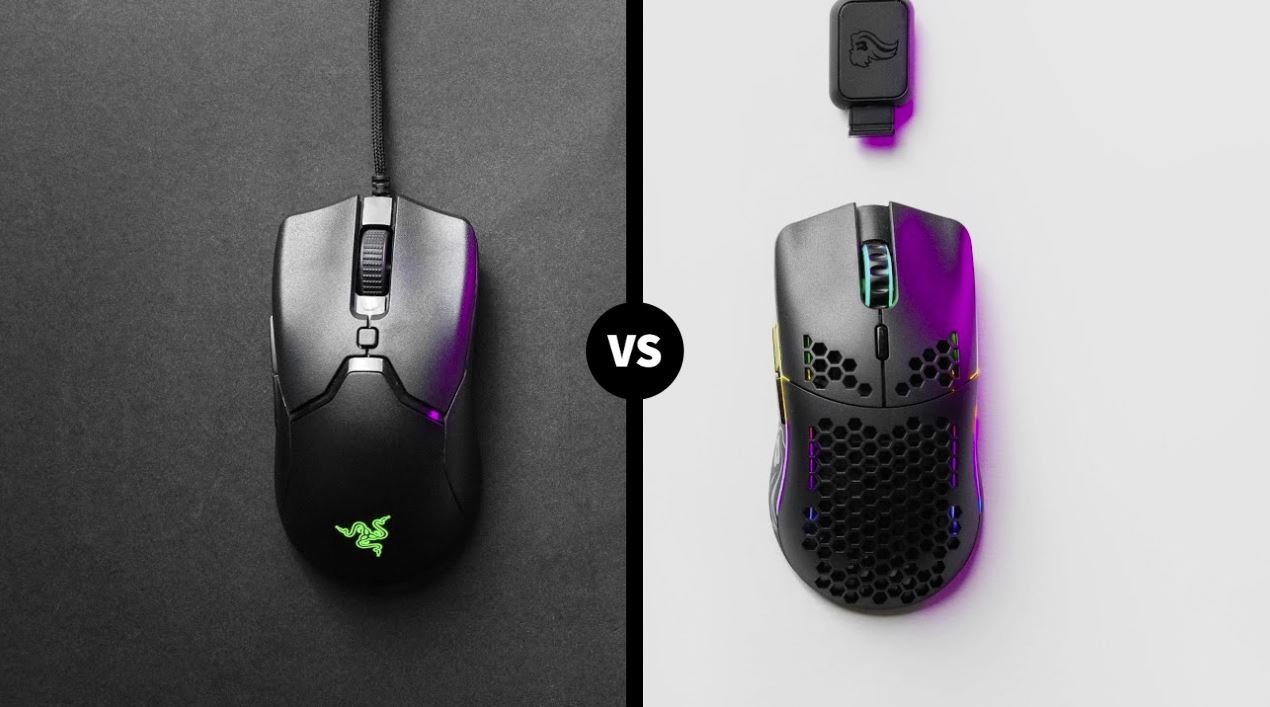 In this article, I will explain the advantages and disadvantages of each to solve the question, “Which should I choose, a wired mouse or a wireless mouse?” We will also consider how it will affect highly competitive games such as FPS.

What is a wired mouse?

A wired mouse is a mouse that connects to a PC or game console with a USB cable. Power is supplied through the connected cable, and it operates.

What is a wireless mouse?

The wireless mouse does not have a cable and connects with wireless standards such as Bluetooth and 2.4GHz. There are two types, one is a mouse with a rechargeable battery, and the other is battery-powered.

Wired mice have excellent operational stability because they connect the cable directly to the PC or game console.

A wired mouse doesn’t work because the USB port isn’t getting enough power or the mouse cable is broken. Unlike 2.4GHz wireless and Bluetooth connections, communication by radio waves does not occur, so basically, the operation does not become unstable.

Of course, some modern wireless gaming mice are incredibly stable. However, even if the device itself is excellent, the risk of radio wave interference for some reason is not zero.

No need to charge or replace batteries

Wired mice do not require a battery. The mouse is constantly powered while connected to your computer or game console with a USB cable, so you can continue to use it without any restrictions.

In the case of a wireless mouse, it becomes unusable the moment the battery runs out, and you need to charge the built-in battery or replace the dry battery.

It can be used simply by connecting it with a wired cable, and there is no need to replace the battery, so there is no cost to use it for a long time.

Recently, the number of wireless mice with a built-in battery that can be used wirelessly as long as the battery is charged is increasing, so this does not seem to be such a big advantage.

Disadvantages of a wired mouse

The presence of cables is annoying

A mouse is essential for operating a PC, and you may be concerned about such details.

The cable extending from the main body may interfere with comfortable operation for wired mice. For example, the cable may pull it during operation or rub against the desk top plate or mouse pad, causing resistance and noise.

You may also find the extra cables on your desk annoying.

It cannot be used in remote locations

Wired mice have a limited cable length, so you can’t use them too far from the connected PC or game console. Most cable lengths are 1.8m to 2m.

The wireless mouse doesn’t have a cable, so you won’t get entangled or feel resistance in the first place. In addition, one line disappears from the desk, making it refreshing.

Increases comfort when it comes to operation.

Can be used in remote locations

The wireless mouse can be used even far from the connected device. The maximum communicable range is determined for each product, but in most cases, it will work even if it is about 10m away.

Most wired mice have a cable length of about 2 m, so they cannot be used in places away from the computer or game console.

For FPS and MOBA, it is recommended to use it as close to the USB dongle as possible to ensure communication stability. Therefore, keeping it as close as possible to the PC body (if a dongle extension cable is attached, its cable length) is necessary.

Since the built-in or dry battery powers the wireless mouse, it needs to be charged or replaced regularly. It would help if you also assumed that the mouse will get stuck in important scenes.

If it is a dry battery-powered type, it can be replaced immediately even if it runs out, but if you use it for a long time, the battery cost will increase. On the other hand, the type with a built-in battery needs to be charged, but there is no running cost.

The weight of the main body tends to be heavy

Wireless mice tend to be heavier than wired mice because they have built-in rechargeable and dry batteries.

However, recently, very light wireless mice have come out. It may be old to decide between wired and wireless by weight.

There is a risk of connection instability

Since 2.4GHz and Bluetooth are wireless communication, there is a risk that communication will be interrupted and unstable for some reason. There is a big difference in stability depending on the price range and performance.

However, some modern wireless gaming mice are speedy and stable.

Summary of advantages and disadvantages

I have explained the advantages and disadvantages to see which is better, a wired or a wireless mouse. Let’s compare the contents of this article while summarizing them.

Next, in several sections, we will consider the selection of wired and wireless mice in highly competitive games such as FPS.

Wired has more options than wireless

In the current gaming mouse market, there are more products in the wired model than in the wireless model. Therefore, the wired gaming mouse has the advantage that you can choose the one that suits you for various conditions.

Not only does it have a wide range of shapes, sizes, and weights, but it also makes it easier to find details related to actual gameplay performance, such as surface grip performance and click feeling.

On the other hand, wireless gaming mice are mainly products aimed at many users, such as those that adopt the shape and size for everyone. The current situation is not very flexible, and it tends to be a form of choosing the one that suits you as much as possible from the limited options.

Will the options for wireless gaming mice expand in the future?

The development technology of each manufacturer is increasing, such as eliminating delays and reducing the weight of the main body. Even if you want to use a wireless gaming mouse, I think that many users continue to use wired gaming mice because of the narrow choices such as shape and weight.

We will consider whether the options for wireless gaming mice will expand in the future, including the manufacturer’s perspective.

We believe that wireless gaming mice shaped for everyone, such as Logitech G PRO WIRELESS and Logitech G PRO X SUPER LIGHT, are relatively smooth from planning to commercialization. It can be picked up by any user and is expected to be sold in the long run.

On the other hand, it is difficult for major manufacturers to release wireless gaming mice for a small number of users, such as shapes that are limited in how they are held, because the number of sales is not expected to be very high.

According to this theory, while there are more options for wireless gaming mice with a shape for everyone (in other words, a safe shape), pick up a wired gaming mouse if you prefer a niche shape for a small number of users. I presume that the unavoidable situation will continue.

There are already emerging manufacturers that are moving to meet a small number of needs. Therefore, the options are gradually increasing, but it seems that it will take considerable time to enhance them. It’s just my expectation.

Although there are differences depending on the product, it is lighter and softer than the braided and vinyl cables that were common until then, so it is easier to handle.

However, even if you use a commercially available mouse bungee to float it properly, you will feel some resistance, and it is still not as good as the operability of a wireless gaming mouse. It can be said that “being cableless” is an absolute advantage of wireless gaming mice.

When using a wired gaming mouse, neglecting cable management can also lead to poor performance. If you are worried about the feeling of dragging, take measures with a mouse bungee. In addition, the ease of handling the cable is an essential item, and I think you should pay attention to it.

Currently, “paracord”, widely used in wired gaming mice, is a type of self-made cable created to improve operability among the mouse MOD (modification) community. Initially, it was popular in a small area, and when users who knew it raised their voices, it became a form adopted by the manufacturer.

In the first place, a paracord is a rope called a “parachute cord” developed to hang a parachute. This is diverted to the mouse cable, and the core for increasing the strength is originally passed inside, but it is replaced with the copper wire of the mouse cable.

The one thick copper wire is intended to eliminate noise, and there is a rule that it must be mounted when distributing input devices such as mice as products. This is quite heavy and hard. In other words, there is a limit to the ease of handling the cable of a commercially available mouse. 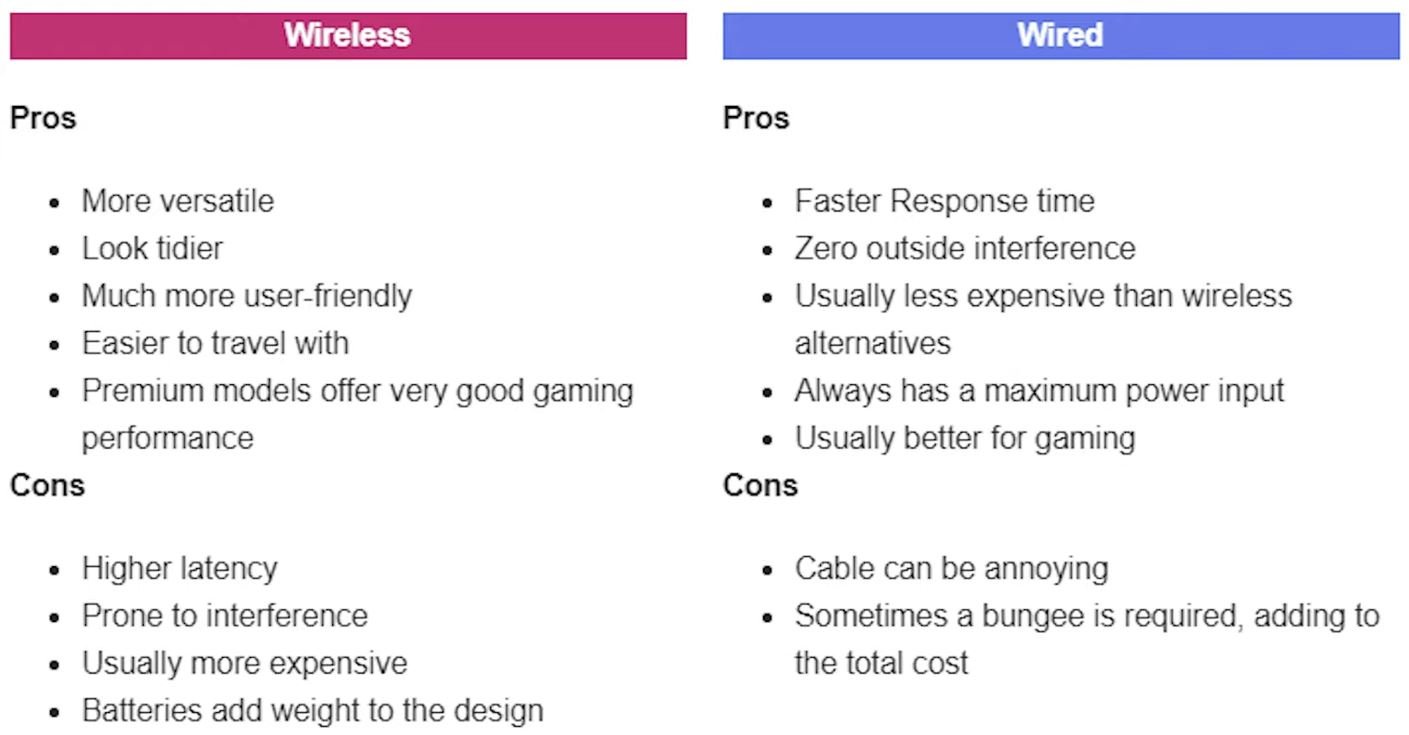 In conclusion, while “improvement of operability by being cableless” in FPS is tremendous merit, I think the narrowness of choices is still a bottleneck.

“There were some compromises, but when I picked up a wireless gaming mouse, the operability improved unexpectedly, and the game’s performance improved,” he said.

However, if you can’t find a product that meets your needs even in the basics, such as shape, size, and weight, we recommend using a wired gaming mouse that suits you.

Also, if you are already using a wired gaming mouse and are dissatisfied with its operability, I think one way is to look at the management of mouse cables. 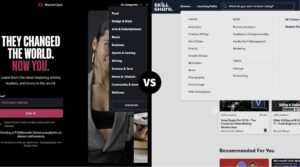 MasterClass vs SkillShare: Which One is Better 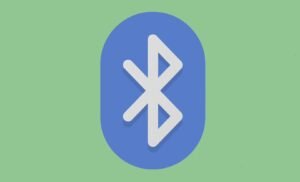 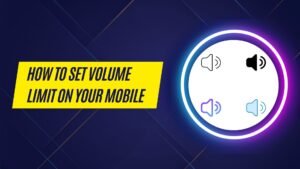 How To Set Volume Limit On Your Mobile 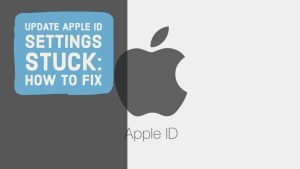 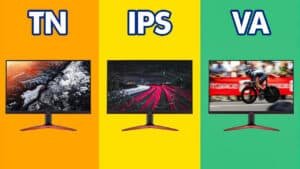 TN vs IPS vs VA Panels: Advantages and Disadvantages