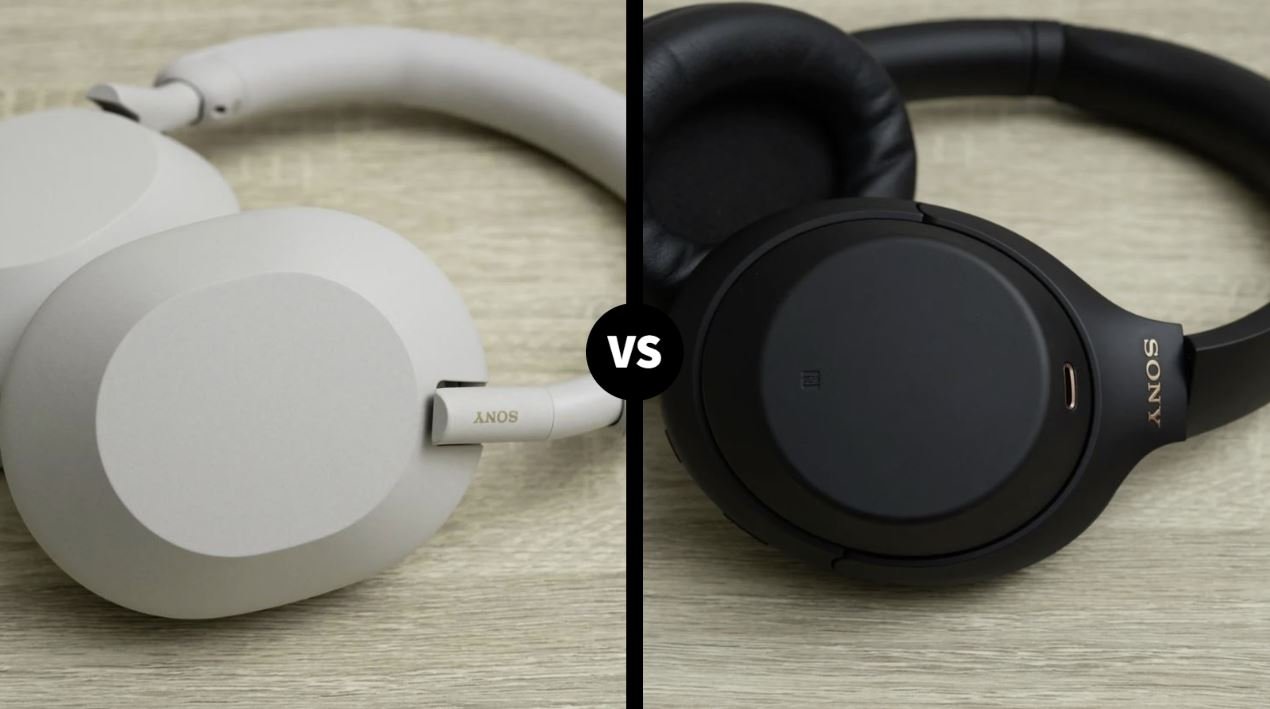 Sony’s “WH-1000XM” series has a reputation for high-precision noise-cancelling function and high sound quality, and is famous for many users’ expecting new products to appear.

Sony claims that the WH-1000XM5 headphones are an improvement over the WH-1000XM4 and not a replacement. Given that both models are available on both physical and digital store shelves, which model should you buy?

For each item, you’ll find a list of specific details and features. Look at them for a moment before moving on. Make the best decision by comparing and evaluating your options. As a reminder, we’ll begin our discussion by comparing and contrasting the two models first.

We will compare the differences between Sony’s new wireless noise canceling headphones WH-1000XM5 and the previous model WH-1000XM4, and introduce “where is the difference?” And “is it worth the replacement?”

As opposed to the previous model, the “WH-1000XM5” has separate headband and ear cup designs. The lack of a joint between the headband and the ear cup’s tip gives the design a sense of unity. The use of soft-fit leather is said to make the headband more comfortable despite its thinner design.

The ear cups have a more chubby and cute design than before, making them more recognisable to the average person. There are now multiple microphones on each of the ear cups instead of just one microphone on top of each ear cup.

Ear pads have been widened slightly and the headband has been made of soft fit leather, which is said to make it more comfortable to wear.

However, there are some drawbacks to redesigning products. Folding the “WH-1000XM4” headband and ear cup was possible, while “WH-1000XM5” is no longer possible and the carrying case has grown larger. However, the larger carrying case makes it a little more cumbersome to carry around than the previous model’s body weight of 254g. 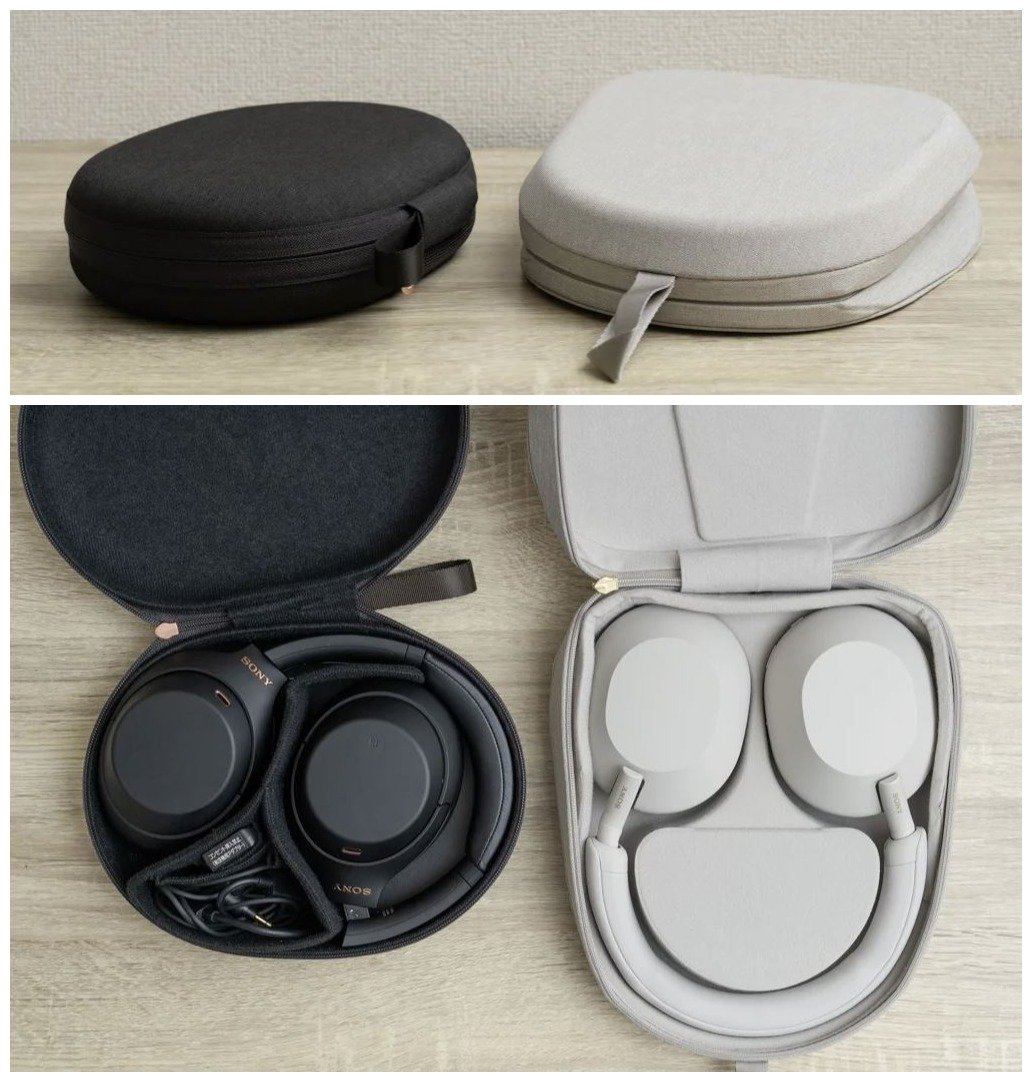 The attached case and storage method are the first things that stand out. Although the fabric’s texture hasn’t changed, it’s been stored in a flat case and the method of storage has been altered.

The WH-1000XM5, which does not need to be folded when stored, is easier to store in the larger storage case. As a result, carrying it around may have become a little cumbersome for some people.

They have a matte finish on the outside. The WH-1000XM4, on the other hand, has a silky feel. Because the WH-1000XM4 was black. If you’re interested in the WH-1000XM5, platinum silver rather than black is the best option. 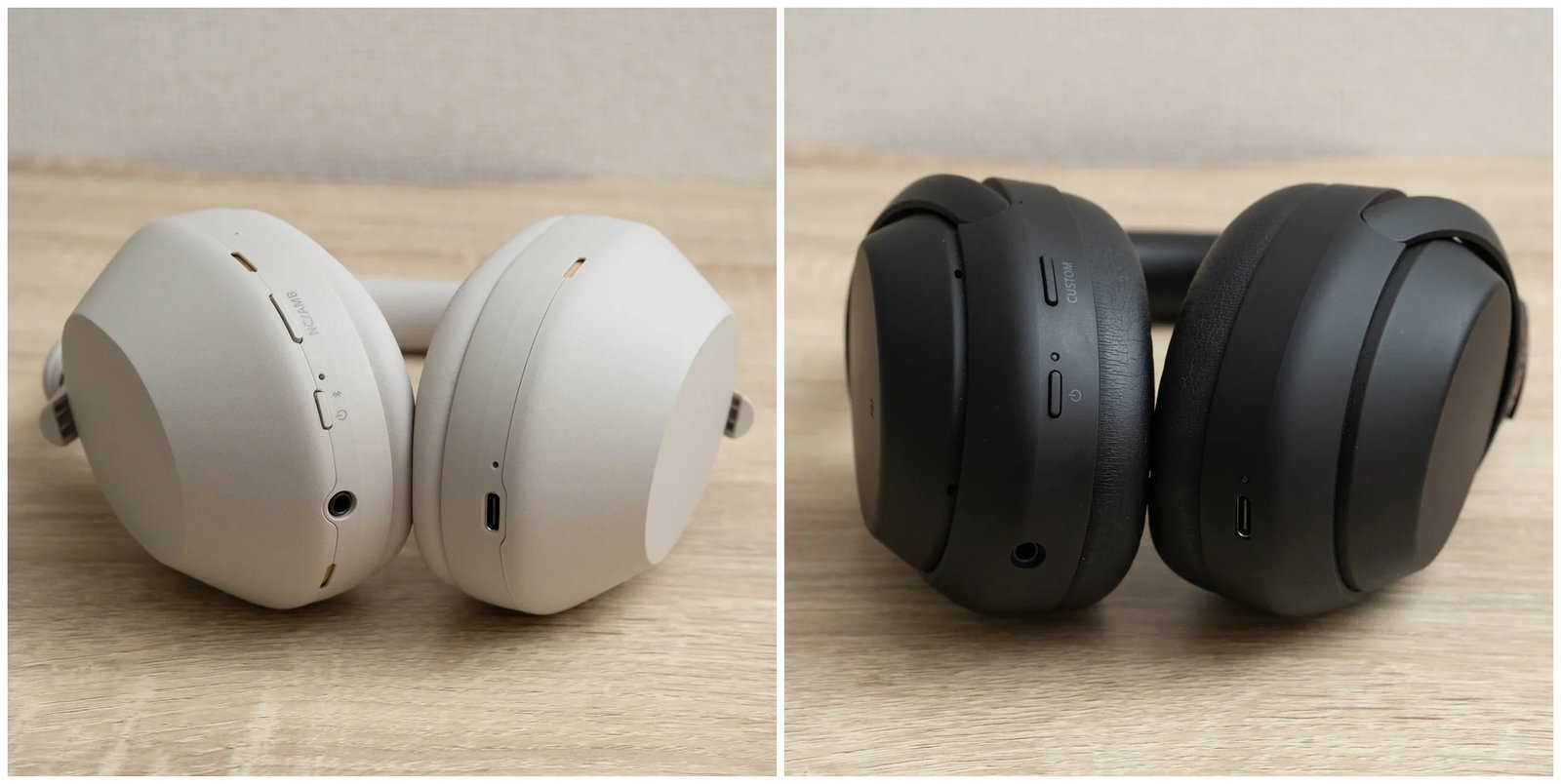 There are no major changes in the positions of the operation buttons and input terminals (USB Type-C, stereo mini jack). 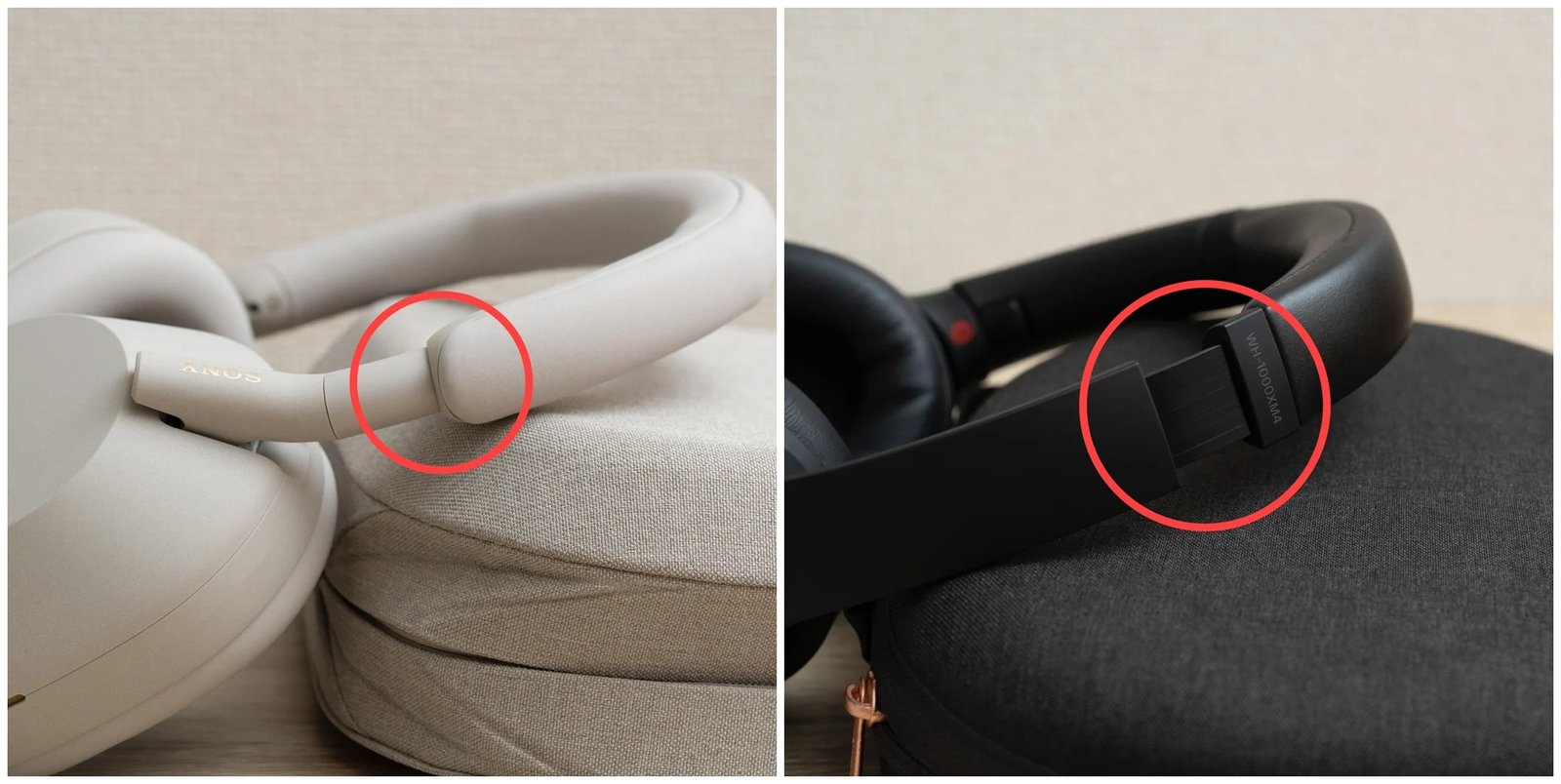 The expansion and contraction mechanism of the headband part has been changed.

The mechanism for rotating the housing part has also been changed.

Changes have also been made to the tilt adjustment. Fitting is simple with the WH-1000XM5’s built-in adjustment mechanism.

An integrated touch sensor in the right-side housing of both allows users to control music. In addition, the SONY logo has been reduced in size and the NFC logo has been removed from the WH-10000XM4. 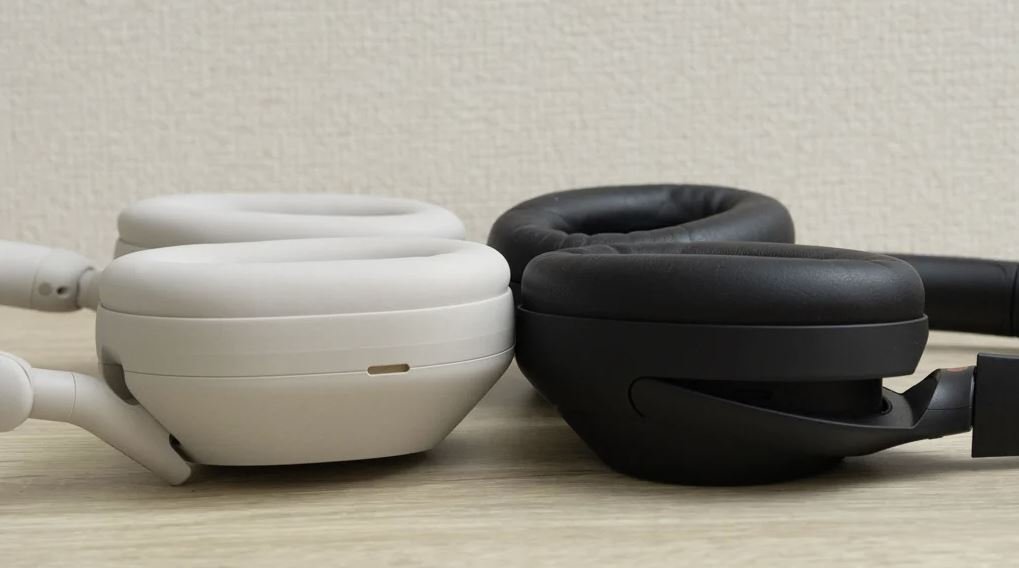 It’s hard to see in the image, but the thickness of the ear pads is slightly different. WH-1000XM5 is thinner. The WH-1000XM5 has a new soft-fit leather that is softer than normal synthetic leather. The hardness of the headband cushion is the same as long as you touch it. 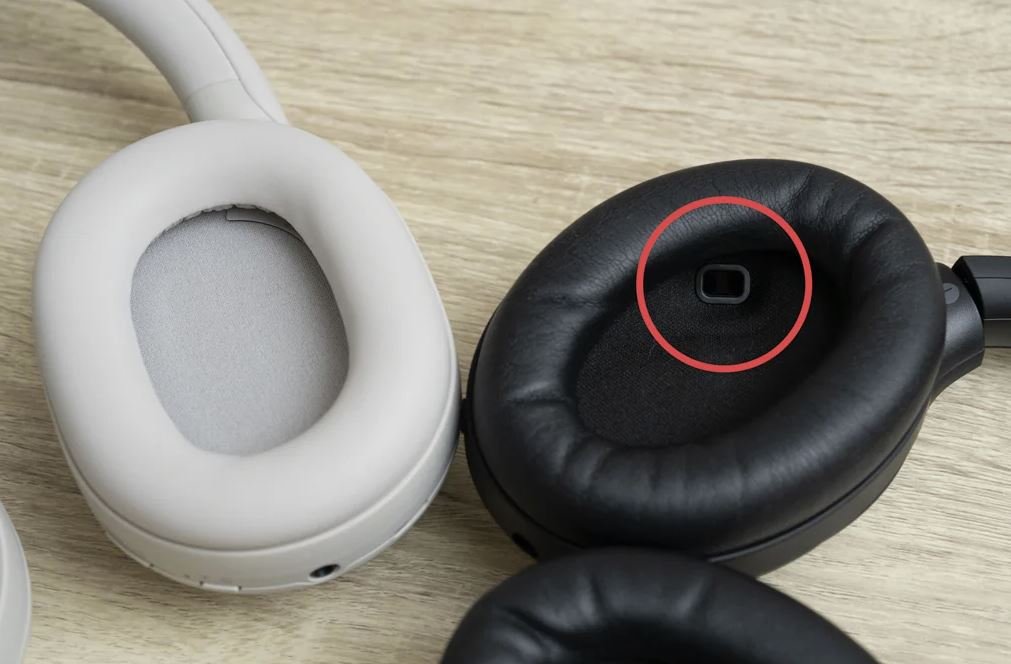 A 40mm driver was replaced by a 30mm driver in the “WH-1000XM4” built-in driver. Some may be concerned that the driver has reduced in size, but the switch to one with a lighter and stiffer dome will provide a more delicate and clearer sound quality than its predecessor… In addition, it uses a carbon fibre composite material that enhances high-frequency sensitivity in order to achieve a more natural sound quality.

Because the album hasn’t been released yet, it’s impossible to know for sure how good the sound quality will be, but based on the reactions of prominent international reviewers, it appears that many have noticed an improvement. The “WH-1000XM4” may sound better, but that depends on the song, so the user’s taste may have an impact.

Four of the eight are beamforming microphones used for voice calls. It supports a noise reduction function that removes noise during a call and delivers a clear voice to the other party. The accuracy is further improved by improving the AI ​​algorithm.

According to the information from the preceding reviewer, the quality of the voice call has been greatly improved, and it is possible to deliver a clear voice to the other party even in a noisy place. It will be easier to use for calls and video conferences.

WH-1000XM5 has clearer call quality! However, the call quality required for general telephone calls and video conferences has been cleared!

The active noise cancelling (ANC) function is a function that reduces noise by picking up ambient sound with a microphone and generating an opposite phase that cancels the sound. At the stage of “WH-1000XM4”, it showed a considerable noise-cancelling performance, but it seems that the performance of “WH-1000XM5” is further improved.

Sony’s original high-quality noise-cancelling processor “QN1”, also installed in the previous model, is combined with the integrated processor “V1” to improve accuracy. It seems that it is possible to handle low-frequency noise such as vehicle sounds and mid-high range noise such as human voices more beautifully. 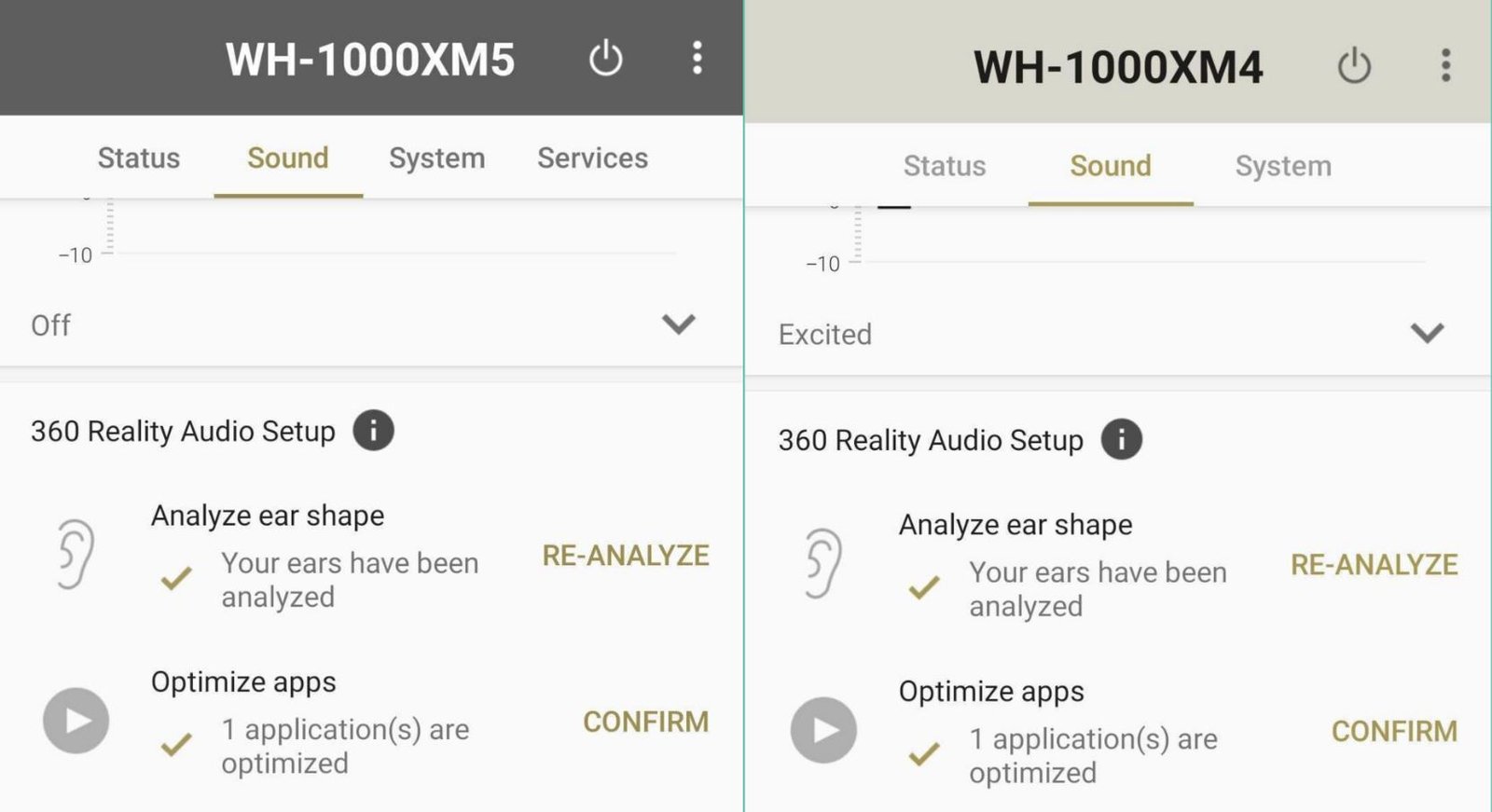 The NC Optimizer analyzes individual differences among wearers and optimizes noise-cancelling characteristics. With the WH-1000XM4, it was necessary to optimize with the “Headphones” app each time.

In WH-1000XM5, this NC optimizer is done automatically, and there is no need to bother to operate the application.

The “ambient mode,” which captures outside sounds while wearing headphones, is installed in the same way as the conventional model..

Additionally, it has a convenient feature that only captures outside sounds in specific scenes instead of constantly turning it on. This mode is useful in situations like listening to music while listening to train announcements.

“Speak to chat” that allows you to talk while wearing headphones, “quick attention mode” that allows you to instantly hear surrounding sounds while wearing headphones, and noise cancel that is registered in advance according to the user’s actions and locations. “Adaptive sound control” that switches to ring / external sound capture settings and equalizer settings. These features will continue to be available.

Both WH-1000XM5 and WH-1000XM4 are compatible with the Bluetooth codec “LDAC“. LDAC can transmit nearly three times as much information as the SBC codec, and you can enjoy high-resolution audio sources wirelessly by connecting it to a compatible device.

However, keep in mind that LDAC is only available on Android devices, and Apple products such as the iPhone and iPad will continue to connect with the AAC codec.

In addition, both WH-1000XM5 and WH-1000XM4 are compatible with “DSEE Extreme,” which upscales compressed sound sources using AI technology, and “360 Reality Audio,” which is a stereophonic function that allows you to enjoy a high level of immersion.

The WH-1000XM5 supports quick charging with USB Power Delivery (USB PD), enabling continuous playback for about 3 hours with just 3 minutes of charging. By the way, the WH-1000XM4 can be played for about 5 hours with a 10-minute charge (when using a 1.5A AC adapter).

A separate USB PD charger and USB Type-C to C cable are required, so if you don’t have one, you can quickly charge your smartphone. It’s convenient to have one. 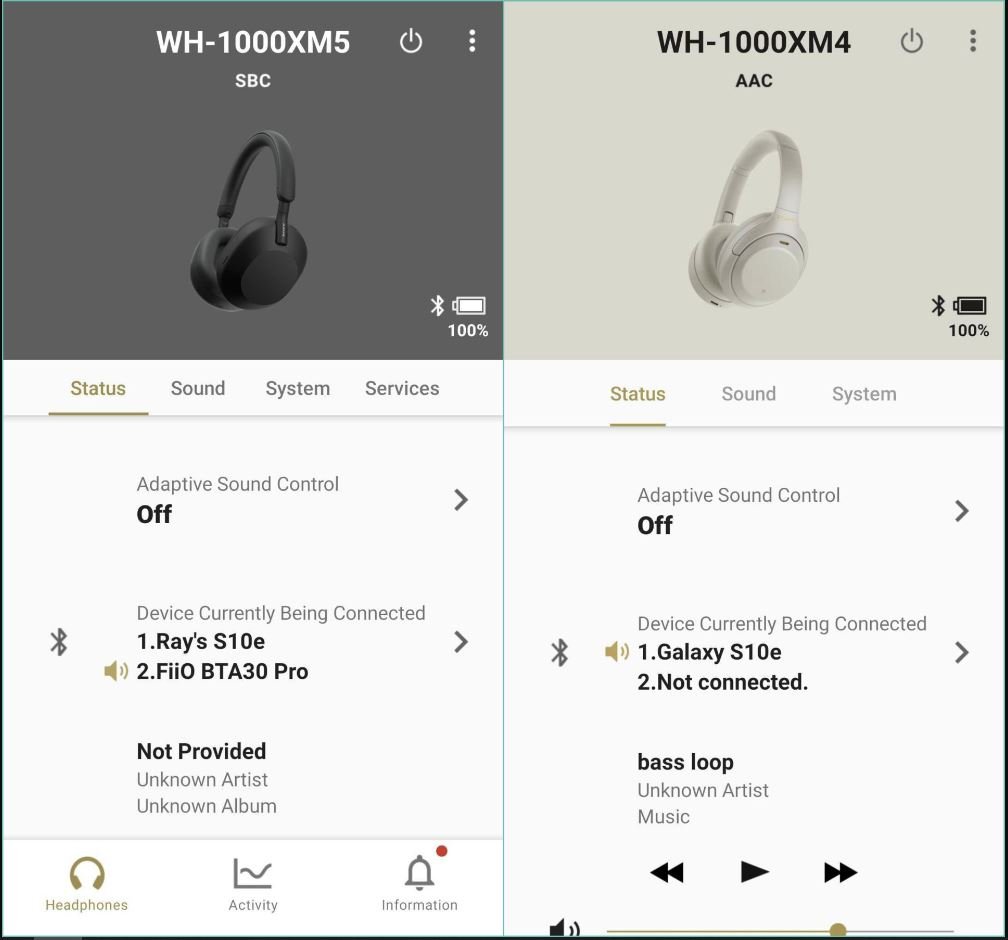 However, when the ANC function is turned on and used, it is the same as the previous model, and the difference is about 2 hours even when the ANC is off, so there will be no visible evolution.

When connecting to an Apple product, such as an iPhone or iPad, you can also call Siri. This is not a built-in feature, but it can be used in a similar manner.

Actually, there are also major changes in the driver unit. The size is as small as 40 mm for M4 and 30 mm for M5. For audiophiles, I’m sure some of you may think that the smaller driver may have a negative effect on the sound. But it’s not just the size that’s changing.

The central part uses parts with high rigidity, which is not much different from M4, and the edge part uses soft urethane. This means that the reproducibility of the bass range will be improved more than before .

The technology cultivated in the Walkman development is also introduced.

There is a “PD” charge that the M4 did not have. It can be played for about 3 hours with only 3 minutes of charging by charging with a USB Power Delivery compatible charger and cable .

Even if you forget to charge the train, you will be able to use it for the round trip of the train in a short time before going out, which is encouraging.

In this comparison, it has become clear that the Sony WH-1000XM5 reached the market with differences in design, sound quality, noise cancellation, and autonomy. However, from our point of view, these changes do not justify that $100 difference in price.

The Sony WH-1000XM4 are already good on-ear headphones that offer comfort, excellent sound quality, and good noise cancellation. In addition, their autonomy allows us to use them for more than a day without going through the charger. If we add that its price usually drops significantly from 300 USD, it seems that the Sony WH-1000XM4 would be a more exciting purchase at the moment.

Another situation is that you already have the Sony WH-1000XM4 and are considering buying the new generation. Is it worth the change? In our opinion, the differences are not so relevant as to justify spending that additional 400 USD. You can rest easy with your Sony WH-1000XM4.

If you are looking for guaranteed headphones with good noise cancellation and spectacular sound, you can bet without problems on the XM4. This will also give you the option to take care of your pocket a little and transport it more easily.

If money is not a problem and you want the latest, the Sony WH-1000 XM5 are your headphones, a slightly improved version of the previous model. But remember that they cannot be folded.