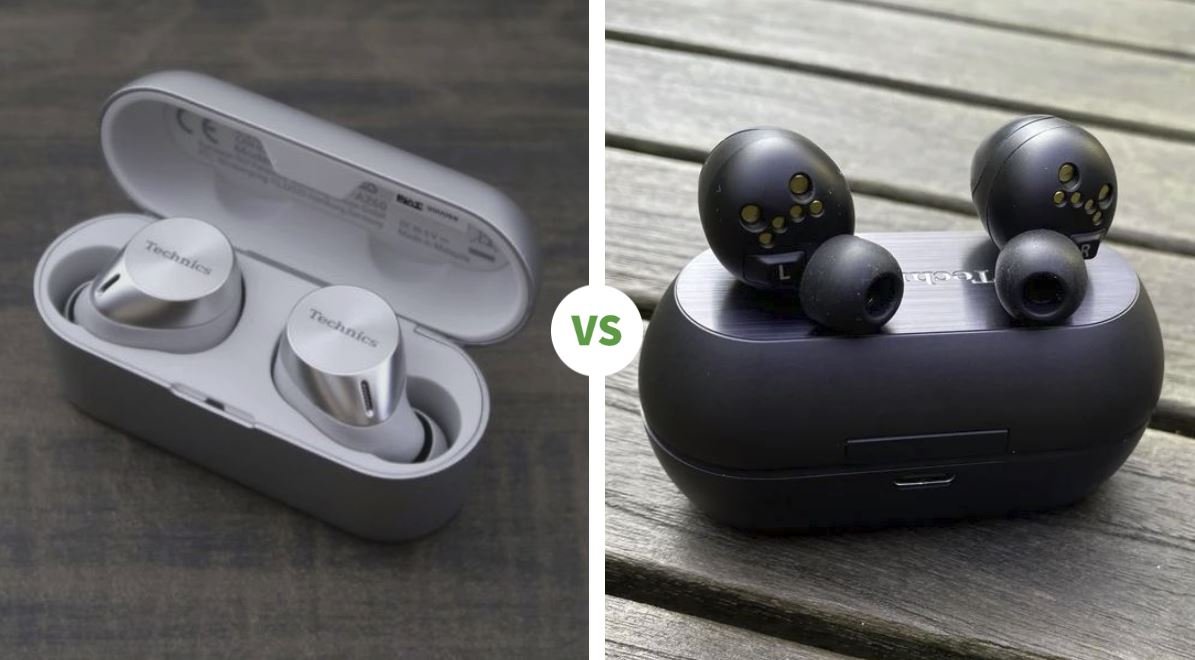 The Technics AZ70 True Wireless headphones from the high fidelity range from 200$. The selection here is very small, the demands for it are very high. Quality, sound and key facts have to come from the top shelf so that a good result is achieved in the end. You can find out in this report whether that was the case with the Technics AZ70W. 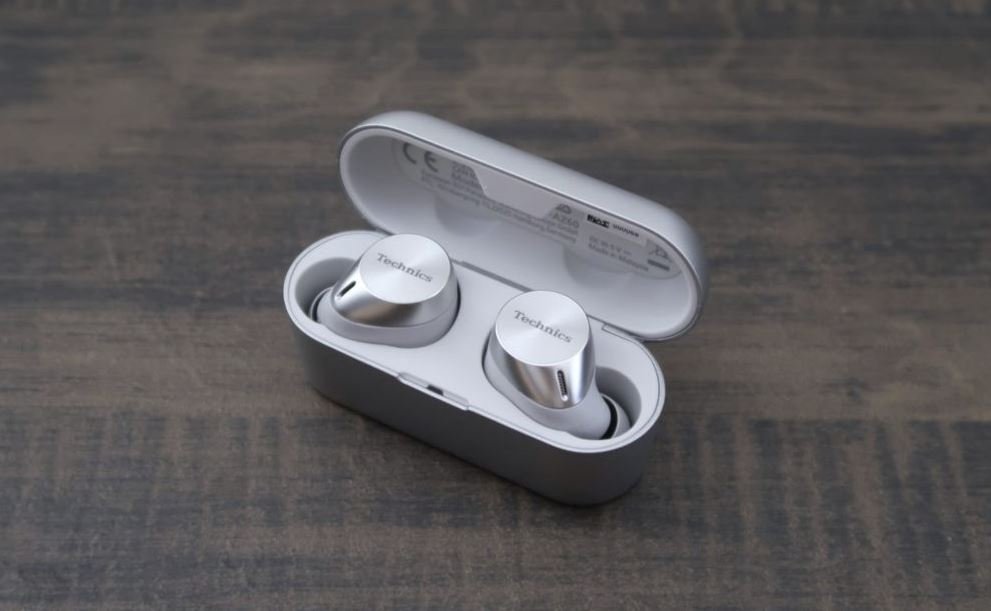 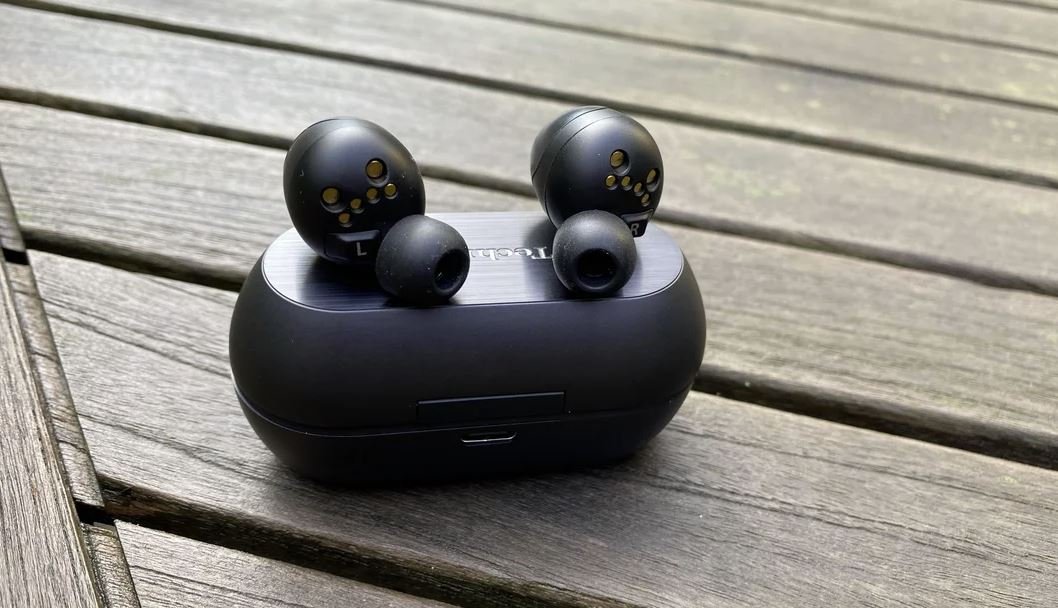 The Technics AZ60 are delivered in a black cardboard box that convinces from the start. Here one can only congratulate Technics because instead of the AZ70 packed with a lot of plastic, you now get an almost entirely plastic-free package without a single plastic bag! In addition, everything is wonderfully tidy, and you get in addition to the built-in M earplugs, silicone earplugs in XS, S, L, and XL. These are also exceptionally high quality. 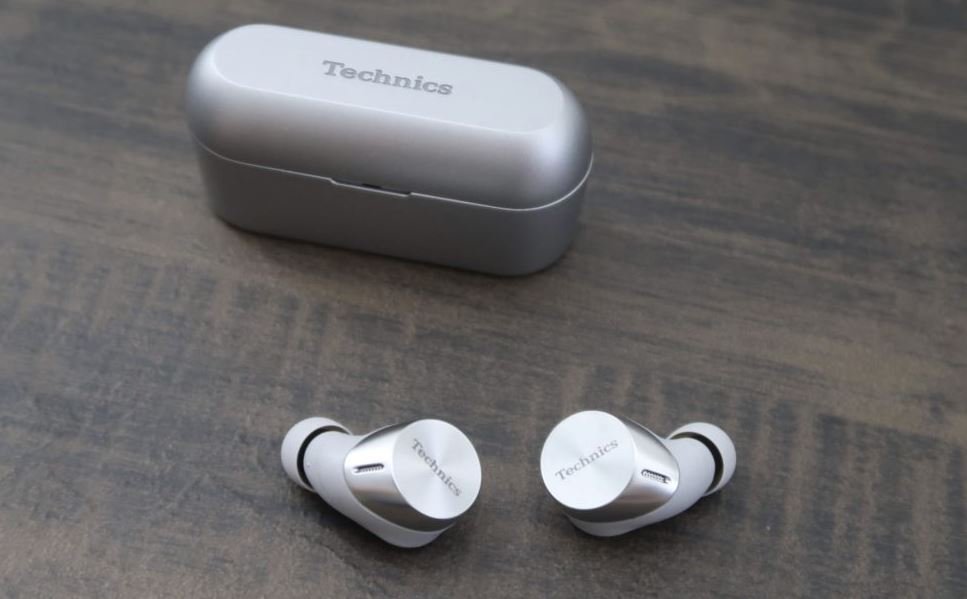 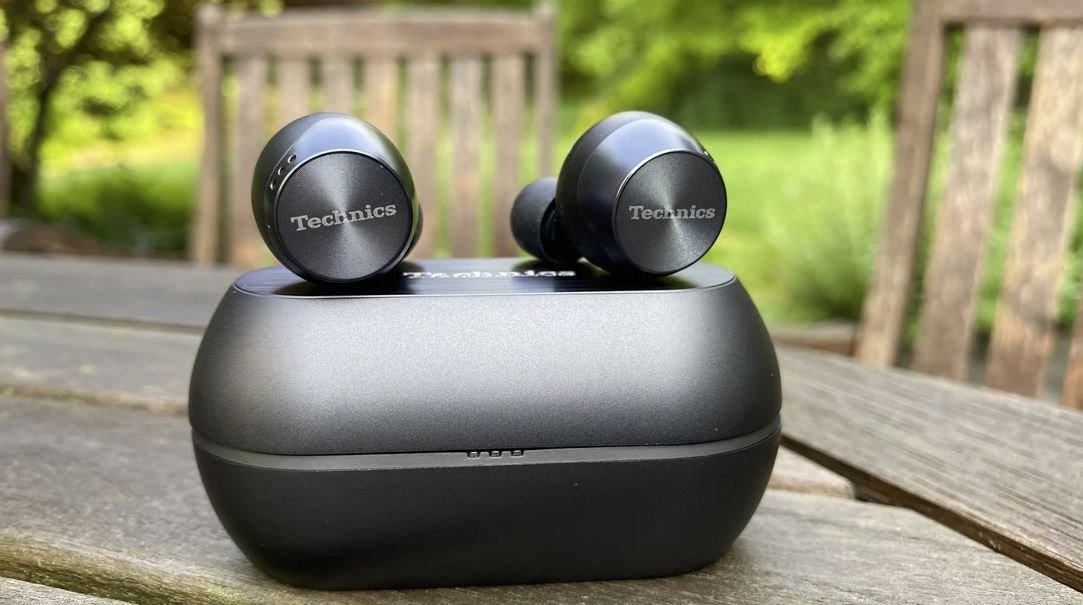 The Technics AZ60, this is firstly a matter of taste and secondly complaining at the highest level. The earphones are a bit too heavy for me, which is why I need a few minutes’ breaks from listening. But that was all negative that I have to report. The earplugs are soft and high quality, and comfortable. The shape sits nicely in the ear, and you can also do sports without any problems.

The Technics AZ70 are delivered with five different silicone earplugs in sizes XS, S, M, L, and XL. These should ensure the optimal fit in the ear. However, the headphones are pretty heavy with 7g per side, and the size is also significantly larger compared to other devices.

The different sizes of the very soft, high-quality silicone earplugs differ significantly so that XS is very small and XL is huge. They slide a little while exercising due to their size and weight.

Technics AZ60- Technics promises excellent quality here, thanks to the “JustMyVoice” technology and 8 microphones that transmit the voice and at the same time block out ambient noise. At the same time, however, the manufacturer also says that the technology will be further developed, which is an ongoing process.

In my opinion, it is already working almost perfectly. The only point of criticism here is that you are a tad too quiet here and there. Otherwise, no other True Wireless headphones suppress ambient noise better when making calls, and I can also hear myself very well in phone calls and voice recordings.

The basses are precise and have a lot of depth without deviating from their precision. The details are strong, and, overall, the listener gets a wonderful foundation.

The mids of the Technics AZ60 can score with highlighted voices, which are overall very warmly tuned, in my opinion. Here, too, you get the highest level of precision and detail. I expect the same in this price segment, but I am not disappointed either.

ANC- I would like to keep this relatively brief, even if it is hardly possible, with all the functions that Technics offers you here. The ANC is strong! Compared to its predecessor, improved and even voices and high frequencies are now faded out exceptionally precisely. In addition, you can set the extinction of outside noise in several stages yourself.

The same goes for the transparency mode, which works just as well. There are also two profiles available so that either all sounds or only voices and announcements are allowed through. There is also slight background noise, but it isn’t very important.

Technics AZ70- In general, I had the feeling that the sound is fuller with an iOS device than with an Android device. The choice of streaming service chosen also made a big difference here. Spotify, for example, was significantly louder than Amazon Music HD.

The bass is rich, deep, and free of droning and distortion. The flat equalizer is very reserved and gives the mids and highs more leeway; as soon as the bass is amplified, it comes to the fore and provides a robust base, but without drowning out everything.

The mids are differentiated and very dynamic. In doing so, they stand out from devices in other classes primarily through a high level of detail and very present voices in all vocal ranges. Guitar strings, the hissing or hammer blows of the piano keys can be seen very clearly, but are not in the foreground.

The heights were also always balanced in the Technics AZ70 test and convinced with a particular brilliance, which, however, is not entirely on the level of the Sennheiser MOMENTUM TW2.

The Technics EAH-AZ60 is operated via touch surfaces on the respective earphones. There are a total of 8 options available, which corresponds to what I want every time. All functions can be carried out with headphones; the smartphone can remain in the pocket. But not only can I perform all tasks that have to be mentioned positively, but also the fact that I can assign all functions to any key combination (1x, 2x, 3x tapping, or holding down).

The connection is quick and easy. A voice announcement (also available in German) tells the user whether the Technics AZ60 is connected. Coupling with a new device is just as easy. Another highlight is the ability to connect the Technics EAH-AZ60 to two Bluetooth devices at the same time. However, LDAC must be switched off for this.

The Technics EAH-AZ70earphones are controlled via touch surfaces on the side. With the help of these, you can pause and resume playback, change the volume, change the music tracks, accept, reject and hang up calls, switch ANC on or off or activate the voice assistant. In short, all functions that are needed can be performed. The Technics AZ70 is compatible with all devices that are Bluetooth-enabled. You get optimal compatibility with Android and iOS by downloading the Technics app.

The connection was a bit bumpy at times so that only one earphone was connected, and the other could not be connected. In addition, there were occasional disconnections. Both shouldn’t be. In any case, you have to work on it with a software update.

According to the manufacturer, the range is around 10 meters. But I also managed to keep the connection, so it works well. Overall, the result is positive so far, albeit with two small prints.

The playback time varies, of course, depending on whether ANC is activated or deactivated and whether you are listening to music with the standard AAC / SBC codec or using LDAC, i.e., the high-resolution mode. In the test with LDAC and activated ANC, I achieved an average of about 4 hours and with deactivated ANC and SBC mode almost 7 hours, which roughly meet the manufacturer’s specifications, but I am not 100% satisfied. Therefore, the overall runtime is average, but I had hoped for a significant improvement with the Technics AZ60 here as well. Only a lack of wireless charging is a problem in this price range.

Technics EAH-AZ70- The battery life is given as 19.5 hours and the playback time as 6.5 hours with activated ANC. If the ANC is deactivated, the playback time should increase slightly. The charging case has a quick charge function that charges the headphones within 15 minutes for a further 70 minutes of playback. Wireless charging is not possible. The charging time is 2 hours for the earphones and 2.5 hours for the charging case.

The average playback time was 6 hours 11 minutes with activated ANC, frequent volume changes, and a lot of operation via the touch surfaces. The total battery life was, therefore, around 18.5 hours. Both values ​​are very good for headphones with active noise canceling. Even those in the high fidelity range, most true wireless headphones only last about 4 hours on average with the ANC activated. This puts the Technics AZ70 in the lead in a direct comparison. The quick-charge function also does its job well and gives you the power you need again within a short period.

I noticed little things about the Technics AZ60 that don’t make it 100% perfect for me personally. But you are close and can quickly speak of a great sound that will please everyone (except people looking for audiophile headphones)!

Overall, the Technics AZ70 delivers an imposing and excellent result. They don’t quite come close to the very high level of the Sennheiser MOMENTUM TW2, but in my opinion, they beat the AirPods Pro in many ways. Despite the high price, they are recommended. But it’s not quite enough for the throne.