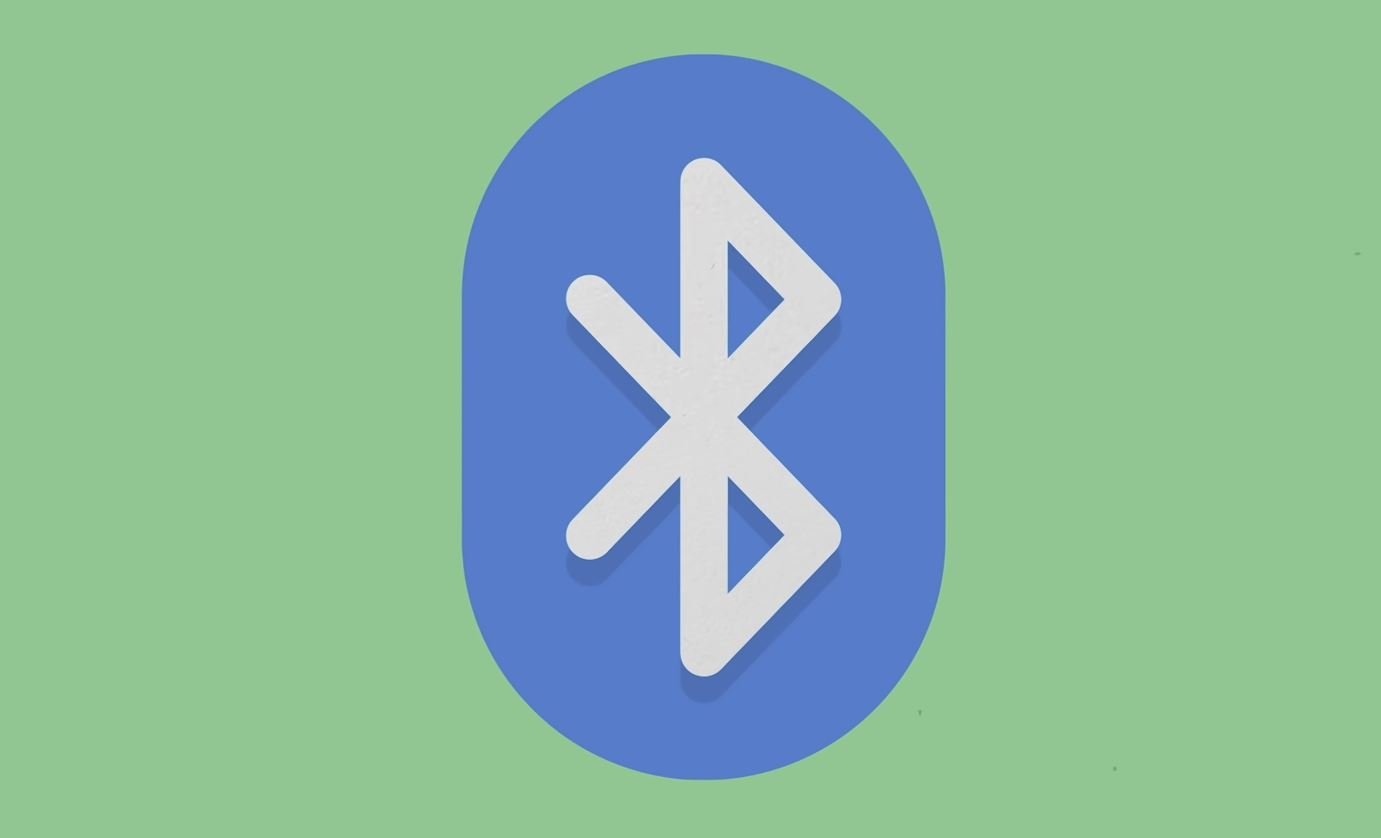 Bluetooth is a staple feature in many of today’s devices, from smartphones to laptops and even some TVs. The technology allows different devices to wirelessly connect to each other to share data or audio/visual content.

One of the advantages of Bluetooth technology is that it has been able to progressively update itself in a more or less transparent way for users. Thanks to that, more than 20 years after its first implementation, Bluetooth is still one of the most popular technologies and is very present in all kinds of devices. It was in 2016 when the last major update arrived (5.0), but since then we have seen some significant improvements (5.1, 5.2, and 5.3).

There have been several iterations of Bluetooth over the years, with the latest being Bluetooth 5.3. In this article, we take a look at the key differences between Bluetooth 5.3 and its predecessors, Bluetooth 5.2, 5.1, and 5.0.

The latest to arrive is Bluetooth 5.3, the most recent version of this specification, and which we can start to enjoy as manufacturers are including it in the latest smartphones and headsets presented during the second quarter of 2022.

These enhancements and the new feature open the door to a better user experience, improved reliability, and increased energy efficiency in many Bluetooth Low Energy products. Ideal for IoT devices such as door remotes, Bluetooth lights, portable medical devices, etc.

Periodic advertising is based on extended advertisements, which is a basic feature introduced in Bluetooth 5. It is a form of one-way broadcast communication in which the sender sends advertising packets at a fixed interval. One or more scanners in RF range can listen to this advertising data without any form of acknowledgement (connectionless communication). This makes broadcast communication flexible but unreliable. Therefore, some broadcasters resort to increasing the probability of their packets being received by introducing redundancy, broadcasting duplicate copies of the same data several times in a row.

The new enhancement is the introduction of the AdvDataInfo (ADI) field, which can be included in periodic advertising packets, enabling more efficient processing of redundant data.

By allowing the sender to include the AdvDataInfo field in periodic advertisement packets, scanners can now immediately detect when they receive a duplicate of a previously received packet and discard it at the controller instead of passing it to the host. The sooner a scanner can identify and discard redundant packets, the less energy it will spend processing those redundant packets and the more time it can spend scanning other channels. In other words, not processing redundant packets not only saves energy but can also increase the RX duty cycle of one of the other channels.

New and improved Host Controller Interface (HCI) commands provide more efficient methods for hosts to ensure that a minimum acceptable key length is used to encrypt a connection between Bluetooth Classic (BR/EDR) devices. These HCI enhancements can improve signaling efficiency in many Bluetooth Classic products since the use of encryption is mandatory or highly recommended for all Bluetooth BR/EDR connections.

Bluetooth wireless devices typically use encryption to ensure that unauthorized third parties cannot access data being transmitted between two connected devices. A key factor that determines the strength of the protection provided is the size, or length, of the key used to encrypt the data. In Bluetooth Classic (BR/EDR), the size of the key used to encrypt the data is negotiated by the two controllers during connection establishment. Subsequently, the hosts must consult their controllers to ensure that a key of a minimum acceptable length has been selected and, if not, the hosts may choose not to send data over the connection. While this method can ensure that data is not transmitted over connections that the hosts do not consider properly protected, it is not the most efficient.

To improve the situation, version 5.3 of the Bluetooth core specification introduces a new optional host controller interface (HCI) command (Set Min Encryption Key Size) that allows a host to specify the minimum key size that a controller can accept when establishing a connection with another device. In addition, the existing HCI command that drivers use to inform hosts when the encryption settings of an existing connection have been changed (Encryption Change Event) has been enhanced to include the key size of the changed connection, improving signaling efficiency by eliminating the need for a host to subsequently query the driver to discover that information.

All Bluetooth LE connection-oriented communications can benefit from Channel Classification Enhancement to improve wireless performance in terms of throughput and reliability, and reduce the likelihood of packet collisions.

Among the use cases expected to benefit from understated connections are Bluetooth LE audio products, such as headphones, Bluetooth sensor products, and others.

Without being included in this specification but arriving at the same time, many devices are adding the Dual Intelligent Bluetooth feature, which allows simultaneous connections to be established, both in their normal state and in BLE. Thus, devices with this feature will be able to wirelessly connect up to two smartphones or tablets to a speaker or headset, etc.

We will first review the versions of the Bluetooth standard and then focus on the new features and differences between the latest versions.

Bluetooth is still the reference wireless communication protocol between devices, allowing you to connect computers, smartphones, tablets, and various types of connected devices such as watches, keyboards, mice, speakers. All this without using cables to connect them, and using a secure radio frequency in the 2.4 GHz ISM band.

After the great revolution of 2016, Bluetooth 5.0 arrived, doubling the transfer rate and quadrupling the range, continuing with low-consumption IoT, and allowing a greater amount of data to be transferred in each message. The transfer rate was up to 50 Mb/s, and the range was up to 240 metres, in terms of the numbers.

Devices connected to other devices can now know their location within centimetres thanks to the new version of Bluetooth 5.1, which was released in the first half of 2019. In addition, you’ll be able to tell which way a particular signal is coming from.

With the release of Bluetooth 5.2 (also known as Bluetooth LE Audio) at the start of 2020, all devices that connect for audio functions will benefit from improved sound quality and energy efficiency. A new codec, the Low Complexity Communication Codec (LC3), can compress and decompress data more efficiently, and it can be used to transfer audio to multiple devices simultaneously.

As of July 2021, Bluetooth 5.3 was officially announced, but it won’t be available to the public until May 2022. Depending on the bandwidth needed, this version uses less power, has less interference, is more secure, and provides better quality connections. The finishing touches are the tiniest of details.

Accordingly, we could say that the new version family of Bluetooth is based on this new version. That’s the most recent major update to Bluetooth 4, which revolutionised file transfer speeds and range by doubling the former and quadrupling the latter. Since then, all of the subsequent versions have focused on fine-tuning the tiniest details.

The primary focus of Bluetooth 5.1 is on locating devices, allowing them to determine the location of other devices to which they are connected as well as the direction from which their signal is emanating. A received packet’s angle of arrival (AoA) or angle of departure (AoD) can be determined using the DF functionality. New Bluetooth LE applications such as navigation and tracking are made possible as a result of the enhanced ability to pinpoint the location of a Bluetooth LE communication partner.

Bluetooth 5.2, on the other hand, focuses on audio. Isochronous channels are the most notable feature. Stereo audio streaming over a Bluetooth LE link is what this term refers to. Bluetooth LE and BR/EDR had a major flaw: there was no way to stream audio over headphones or earbuds. With this new feature, that flaw has been fixed. For example, Bluetooth LE allows for the transfer of high-quality audio that can help devices with audio capabilities save energy.

The latest addition to the family of Bluetooth 5 updates, Bluetooth 5.3, focuses on enhancing energy efficiency and reducing interference between devices. Depending on the available bandwidth, it also aims to provide a higher level of security and quality at all times. 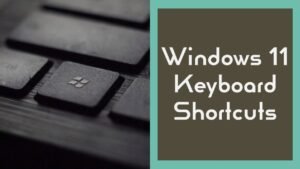 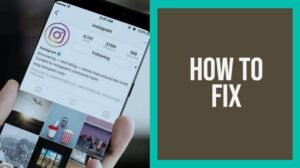 Why Can’t I Change My Profile Picture On Instagram 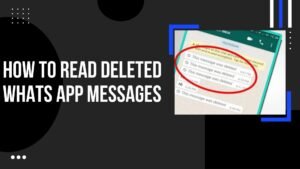 How To Read Deleted Whatsapp Messages 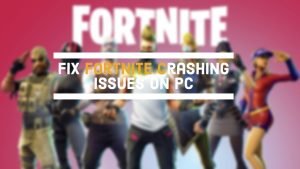 2022 Update: How To Fix Fortnite Crashing Issues On PC 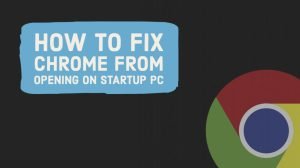