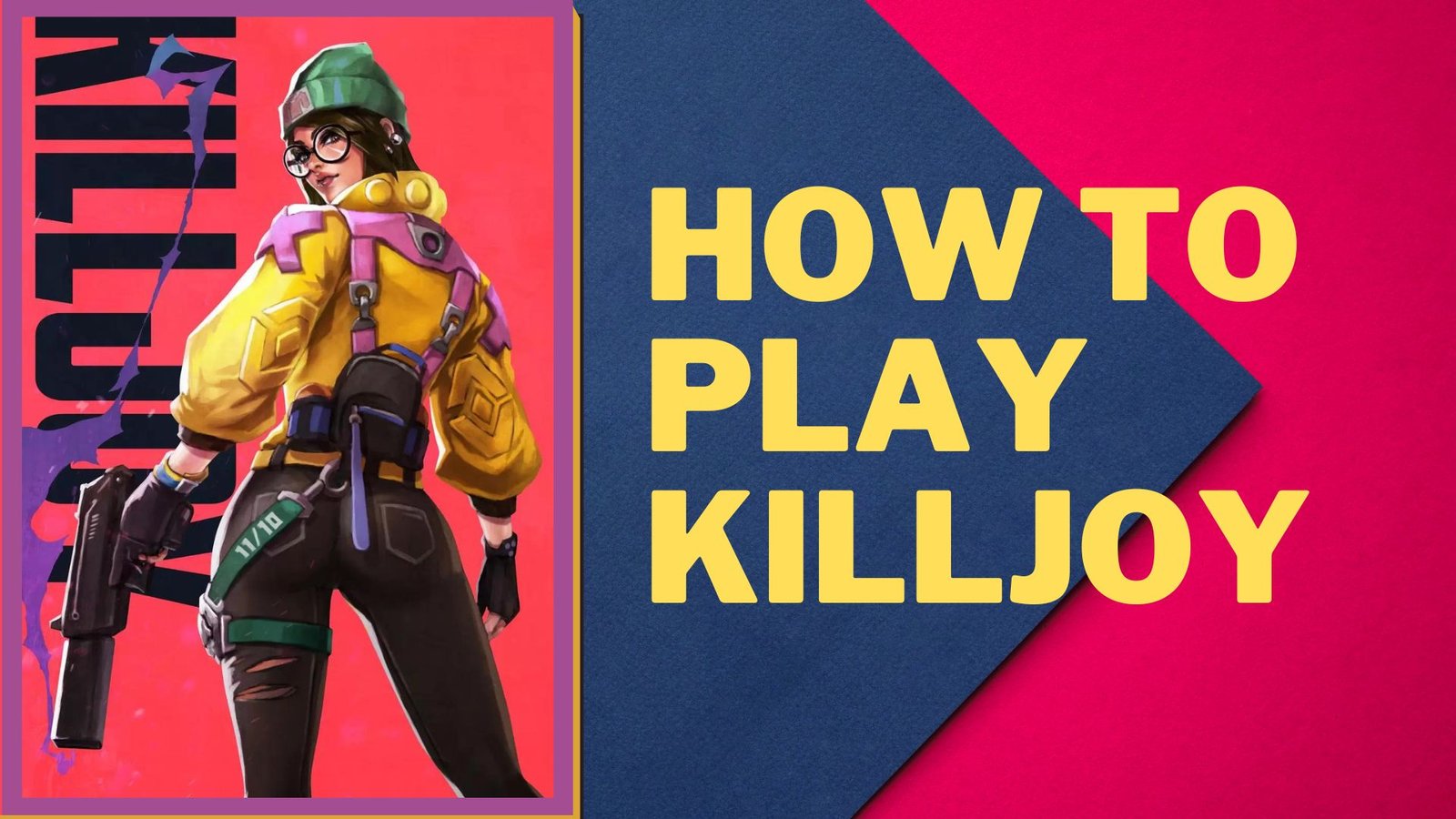 Killjoy is a new Valorant agent who debuted in August of this year. She is a female amalgamation of Raze (grenades and an explosive robot) and Cypher (cameras and tripwires). Let’s now look at her abilities and how to best utilise them.

This is a kind of grenade or mine that we plant on the ground. When there is an enemy nearby, we will activate it, launching a swarm of nanobots that will trap the enemy and take his life.

Nanoswarm is Killjoy’s way of controlling an area. If the damage is too high, it stops enemies from getting through. It works like Cypher’s CyberCages, and you have to manually turn it on and off the first time you use it. Sova’s OwlDrone that Sova has can also find it.

Nanoswarm can also be turned off quickly if it isn’t activated in time or if an enemy comes close. If you put this on a crate like the one at the A site in Bind, it won’t hurt enemies below the line where it is placed. If you are trying to hide it, don’t bother throwing it on top of something tall.

For it to work best, a teammate should smoke the area first, and then throw the nanoswarm over or in front of the smoke.

Equip and deploy a robot that hunts enemies that cross its area. The good thing is that the Alarmbot not only causes damage, but we will also do double damage with our weapons to the affected enemies. During the course of the game, we can pick up the Alarmbot and deploy it to another location.

Alarm bots are used to make enemies in a certain area less effective when they try to attack. In contrast to Nanoswarm, they can’t be seen at all until they find an enemy. This makes the enemy “vulnerable,” and the debuff works a lot like the bite of a Viper’s Snake.

Alarmbots should be put on the edges and corners of the point of entry. This will make the enemy think about turning to the left to shoot the bot, which will leave it vulnerable from the right. If the enemy ignores it, you are at a disadvantage when it comes to debuffing. The BoomBot in Raze works the same way, but this strategy is much more defensive.

It, too, can be pulled back and put somewhere else if you want to move it in the middle of a round. It takes about two or three shots to get rid of the AlarmBot.

This is Killjoy’s most important skill. We will deploy a turret that shoots enemies in its 180-degree angle of vision, which is very useful for holding areas of the map without companions. We will also be able to recover the turret if it has not been destroyed.

This is probably the most debated new ability in the game. It is a gun that shoots automatically at enemies within a cone-shaped range. This is also a free ability in Killjoy, and there is a 20-second cooldown before you can use it again.

The turret doesn’t do much damage, but when it keeps shooting at you and trying to find your enemies, it’s very annoying. Each burst from the turret does 12 damage and fires 3 rounds. When an enemy’s shields are up, they take much less damage, about 3–4 per burst.

As shown above, a great strategy is to quickly move the turret to an angle that lets you see enemies coming into your sight. You have to set up your own crossfire from the opposite side of the turret. When you fire at the turret, you can tell where the enemy is. This lets you fire a few milliseconds faster when you pre-fire. This is enough to make sure that the gunfire won’t let you know where you are.

If you put a Nanoswarm and an Alarmbot in the right place, you can easily hold the sight with one hand. You can also put turrets on boxes or crates as long as you can see where you are putting them.

As long as the enemy is in the turret’s line of sight, it can shoot enemies below the placement level. This may need help from the sage’s barrier orb, and it may not be worth it just to put the turret in the right place. It takes at least 4 shots from a Phantom or Vandal and 5 shots from a pistol to bring down the turret.

Turrets can also have their line of sight blocked by smoke, walls, or other things. This is a great way to deal with people who don’t like having fun. But the dark cover of the Omen is hollow on the inside, and if an enemy walks into the hollow smoke with the turret, the turret will keep shooting at its target.

Sova can also mark an owl drone in the turret and let her teammates know where it is.

Killjoy’s Ultimate is a lockdown that holds all enemies in its radius of action for 8 seconds. Enemies can destroy the lockdown by shooting the artifact.

Killjoy’s ultimate ability is called “Lockdown,” and it costs 7 points. It takes 13 seconds to get ready for work, which can be hard to time. Once this is activated, it sends a signal to all enemies within its huge range, stopping them all. When an enemy is held back, they can’t use their abilities or fire their weapons.

When done all at once on site, this can be very overwhelming. This lockdown needs to be put somewhere the enemy can’t get to. It can be destroyed with just four shots from a Vandal or Phantom. Locked-down enemies won’t be able to set up or take down bombs either. This is a great way to put off planting until the end of the round.

Its range is big enough to slow down plants at Site A from Haven’s Site B’s left side. In some situations, the enemy will have to find the lockdowns and destroy them. Make sure you can use this to your advantage, because 13 seconds is a long time when your whole team is suddenly coming at you.