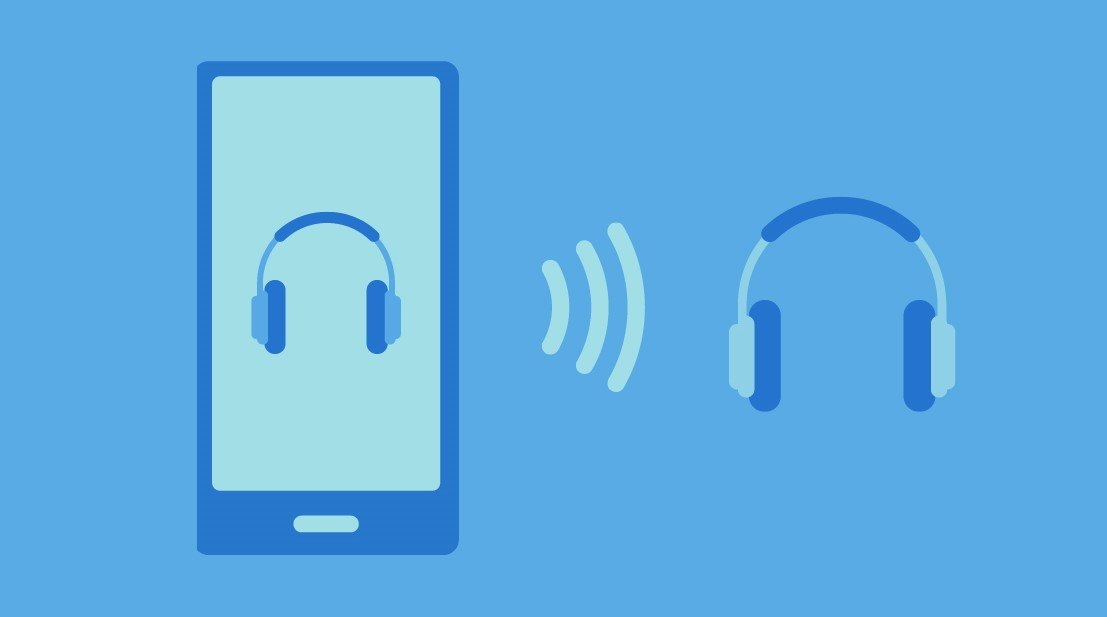 The popularity of headphones raises the question for users of which models are better to choose and how they generally differ. Many people look at such a parameter of headphones as the supported codecs. The more of them or, the better they are, the better the model. However, additional nuances must be taken into account.

AptX HD is the most optimal Bluetooth codec that allows you to transfer sound in quality close to CD. This codec gives the optimal ratio of sound quality and communication stability in terms of the set of parameters. It significantly loads the Bluetooth transmission band but at the same time gives a very decent sound.

What is a codec

A codec is a program that compresses music or other content. It allows you to reduce the size of the original file without spoiling the quality.

The file size is not essential when listening to music from a smartphone with wired headphones since digital data is converted into an electric current inside the phone. Then the analog signal is sent through the wires.

In the case of wireless audio, you need to send the music digitally to your headphones. At the same time, the channel for data transmission via Bluetooth is minimal. Usually, you can’t send music at speeds over 1 Mbps, and the “reference” CD quality requires 1.4 Mbps. That is why it is necessary to compress the file using a unique algorithm – a codec – and send it to headphones that “understand” this algorithm to decode the compressed file.

Both devices – smartphones and headphones – must support a specific codec. For example, if a smartphone does not support the aptX codec, headphones are meaningless.

When reading anything about Bluetooth, you invariably come across many numbers, letters, and other obscure characteristics. One such technology is aptX HD, which adds “HD” to the mysterious attributes of the previous version of the codec. We all know “High Definition” behind this acronym, but what about “aptX”? And what is the difference between aptX (in fact, also an HD codec) from its successor?

AptX technology is increasingly mentioned, which is necessary for high-quality wireless sound, but it is still not the most widespread and affordable.

AptX is a licensed Qualcomm technology that requires bi-directional support from both the host device and wireless headphones. 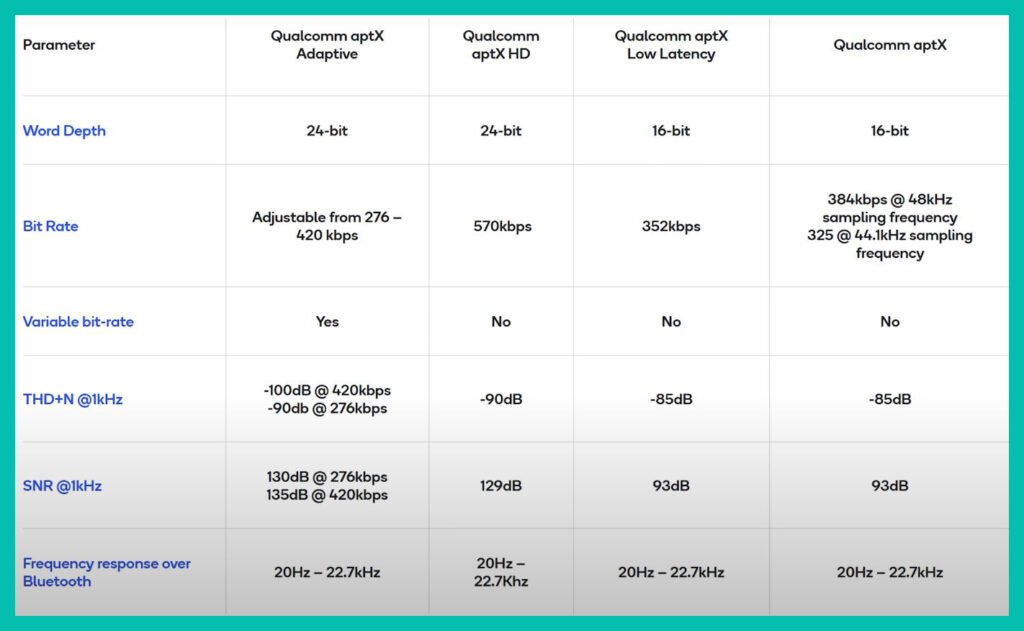 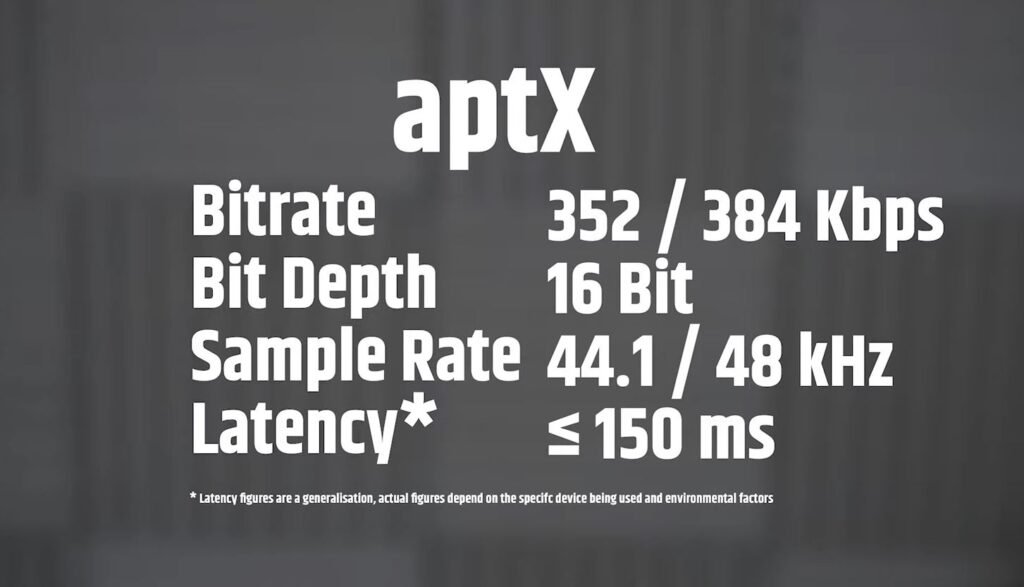 It may seem as if aptX is some kind of ultra-modern development, but it appeared back in 1988. Then it was only patented, and in technology, it began to be used only in the 2000s, but even then, it cannot be said that aptX was widespread.

The popularity came only in 2015 when Qualcomm acquired the codec and began to license it. The codec uses its compression algorithms, which allow you to keep much more of the original frequency range of the composition.

The SBC codec, a standard part of the A2DP profile, can transmit audio at bit rates up to 328 kbps at 48 kHz. But aptX can already output up to 384 kbps.

In the case of SBC, any music will sound like MP3 of average quality, but aptX is capable of producing the maximum sound quality for MP3. In addition, aptX has a lower latency: 120ms compared to 170-270ms for the SBC. 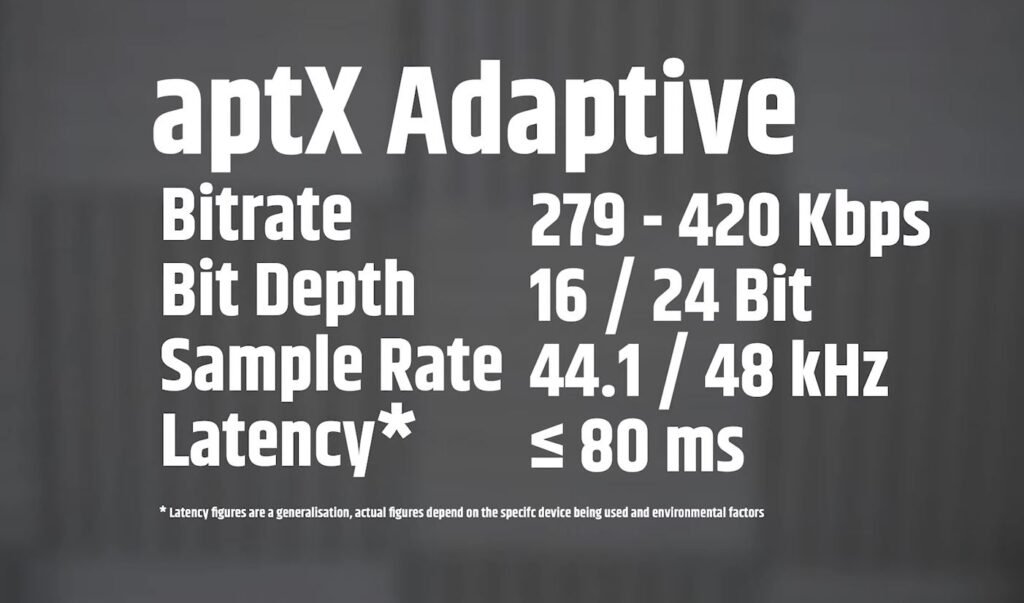 But aptX is not the king of the party yet. A year after Qualcomm took aptX under its wing, the company developed a “doped” aptX HD codec, which already allows you to listen to music at a bit rate higher than standard MP3.

It should be noted that only those devices that have a specialized chip have aptX support. It is not possible to implement support for this codec at the software level. AptX has different versions. 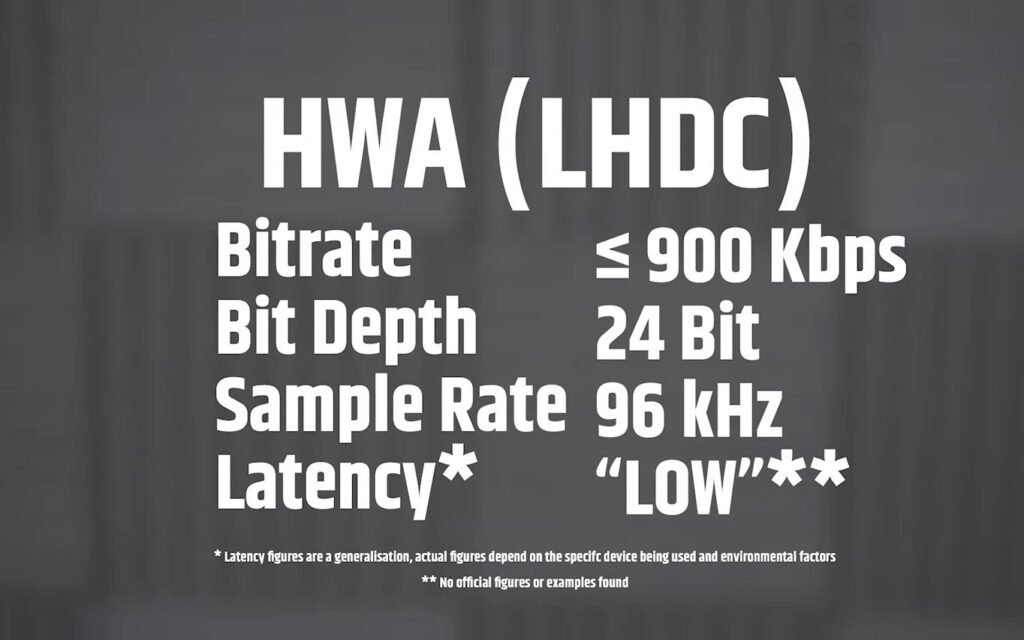 LDAC: Sony’s Hi-Res codec, which, unfortunately, is not good at all. It is marketed as an audiophile alternative to all existing Bluetooth audio codecs (bitrate – 990 kbps). It uses 12- and 16-band audio separation at 48 kHz and 96 kHz, respectively.

It is somewhat similar to an audiophile “prelude”, except that the primary bitrate consumption goes to the transmission of frequencies that the human ear simply does not hear.

Because of this, the audible spectrum is not properly worked out, and in many of the final characteristics, LDAC is no better than aptX HD. However, the result in terms of the signal-to-noise ratio of the codec is outstanding.

Almost all Android devices that ship with Android 8.0 and higher out of the box have LDAC support. LDAC-enabled headphones are only available from Sony, so the codec is not that widespread. In addition, there are no software decoders in the public domain, which does not allow us to analyze DACs with its support fully. 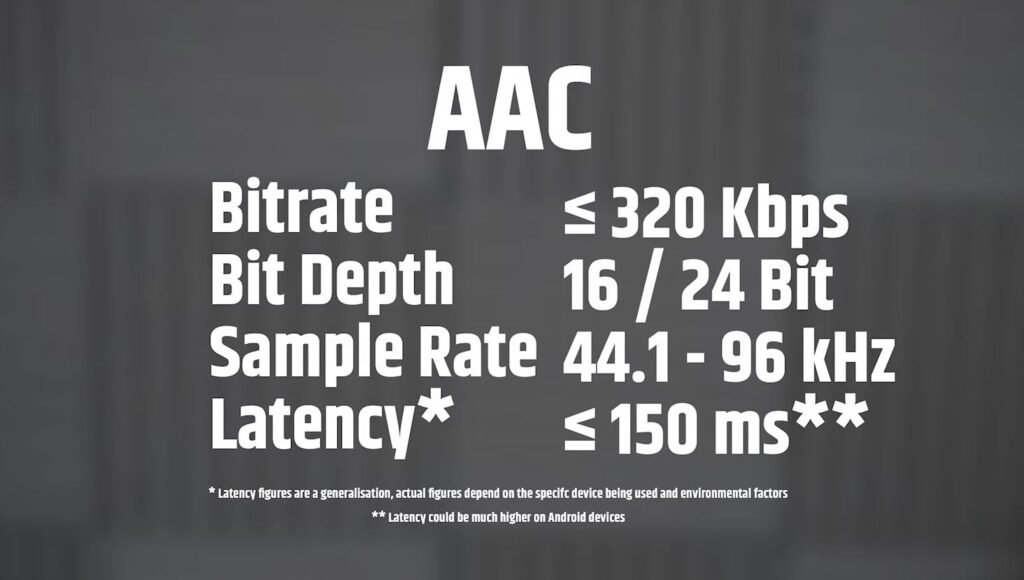 Advanced Audio Coding (AAC) is another computationally complex codec with various psychoacoustic masking. Many people mistakenly believe that AAC belongs to Apple but in fact the Cupertino’s use their own modified version of this codec. Apple AACs are licensed, but only to manufacturers of certified equipment for the company’s technology. Fraunhofer FDK AAC is used for Android.

As for music, here AAC “drives” music at 256 kbps, but thanks to more gentle compression algorithms, the sound quality is comparable to 320 kbps for MP3. Also, various psychoacoustic “tricks” are used to improve the auditory sound of the entire frequency range.

They differ in baud rate. For example, aptX-enabled devices can communicate at up to 384 kbps and LDAC at 990 kbps. Thus, the higher the value, the less the original file needs to be compressed, which affects the sound quality.

The more you have to reduce the file; the more information is lost. At the same time, the maximum data transfer rate requires a connection between devices of high quality. Any interference in the radio broadcast or physical obstacles between headphones and smartphones (clothes, body parts, walls) will lead to stuttering and cutoffs.

A codec is a trade-off between connection quality and sound quality. However, this is not true for all algorithms. Some codecs support dynamic bit rates. They can automatically decrease the speed indicator when the signal quality drops and vice versa. These codecs include Samsung Scalable, aptX Adaptive, and SBC.

The codecs also differ in the compression algorithm. Some codecs use psychoacoustics; that is, they remove those sounds from the original that a person cannot hear anyway. For example, all quiet ones are drowned out by louder frequencies. All sounds above a specific frequency are also removed. They are mainly able to hear only children since the hearing threshold decreases with age.

The complex the compression algorithm, the better the sound will be at the same bit rate since one codec will remove any information, and the other will remove what is already inaudible, which means it will leave audible information without strong distortion.

How is AptX different from other audio codecs?

Conventional audio codecs are based on a technology called psychoacoustics, whereby fragments of musical notes that may not be heard by the human ear are removed to compress the file.

Since a precise technical explanation is beyond the scope of this article, let’s briefly describe the process.

AptX works very differently in this regard. It processes the difference in sound notes between a specific time interval and transmits it, resulting in clearer and cleaner sound quality.

Does AptX work with iOS devices?

Unfortunately no. AptX is licensed technology from Qualcomm and currently only works with Android devices.

Apple uses the AAC codec for Bluetooth streaming and is significantly less efficient than AptX for audio processing.

aptX, aptX HD and aptX Adaptive are popular codecs from Qualcomm. Many smartphones support them, but they are rarely used in headphones since manufacturers pay for the codec.

Dynamic bit rate is supported only by the newest and highest quality codec: aptX Adaptive. Thanks to its state-of-the-art compression algorithm at 420 kbps, it delivers the same quality as aptX HD at 576 kbps. If the connection is poor, the speed will automatically drop to ensure a good connection.

How to Install Windows 11 on an Unsupported PC