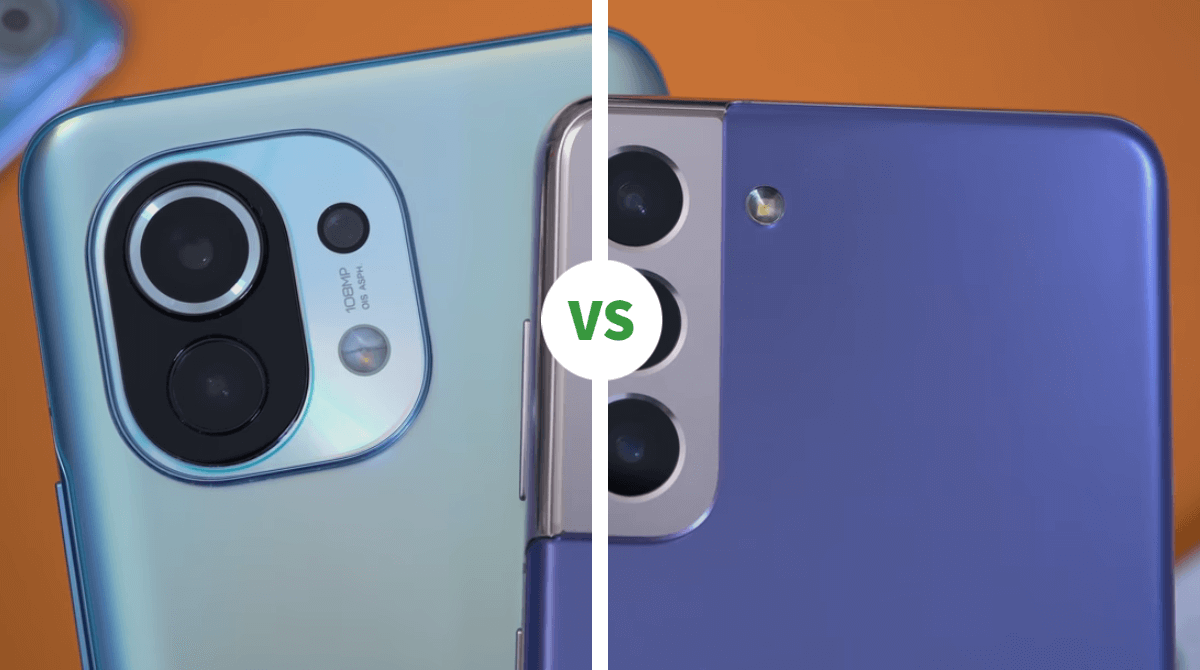 The Xiaomi Mi 11 and the Samsung Galaxy S21 are high-end smartphones with very nice promises and very convincing. There are therefore good reasons to hesitate between these two references. Here is our point by point comparison to help you decide between them according to your needs.

The year 2021 has got off to a strong start in the world of smartphones with two models that already intend to establish themselves as benchmarks. The Xiaomi Mi 11 thus faces the Samsung Galaxy S21 on a high-end price segment.

However, this is precisely the object of our comparison of the day: to know which smartphone between the Xiaomi Mi 11 and the Samsung Galaxy S21 is the best for you. 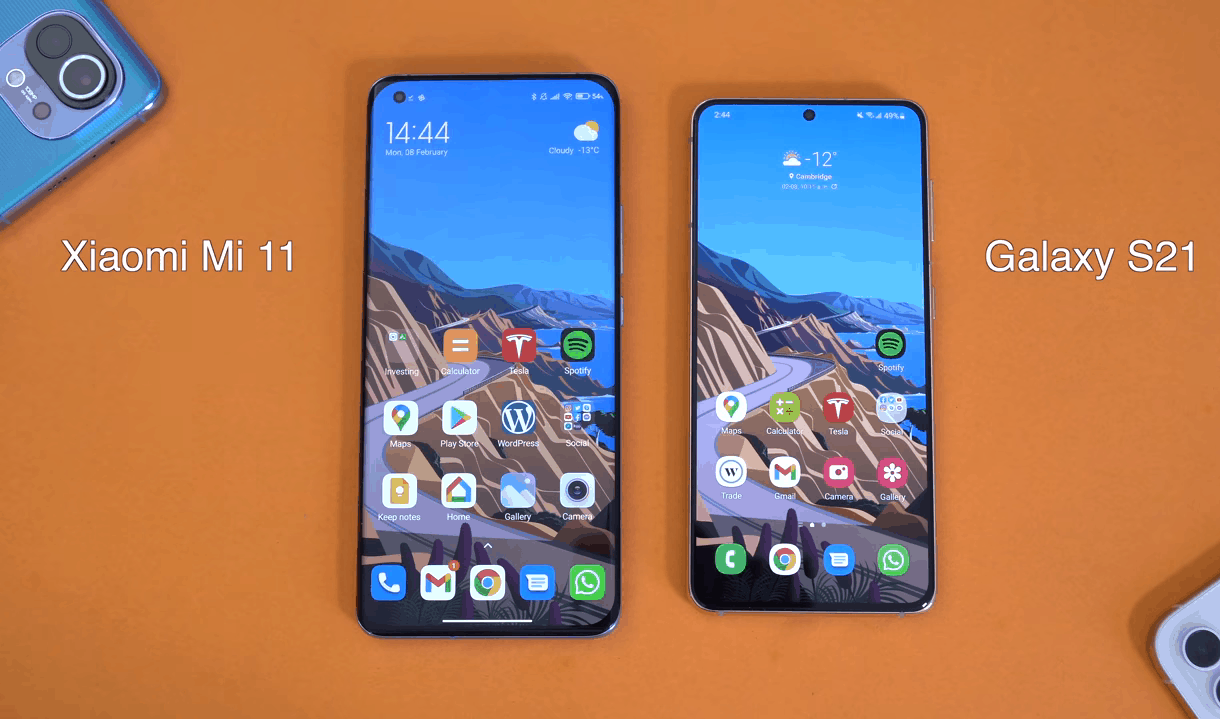 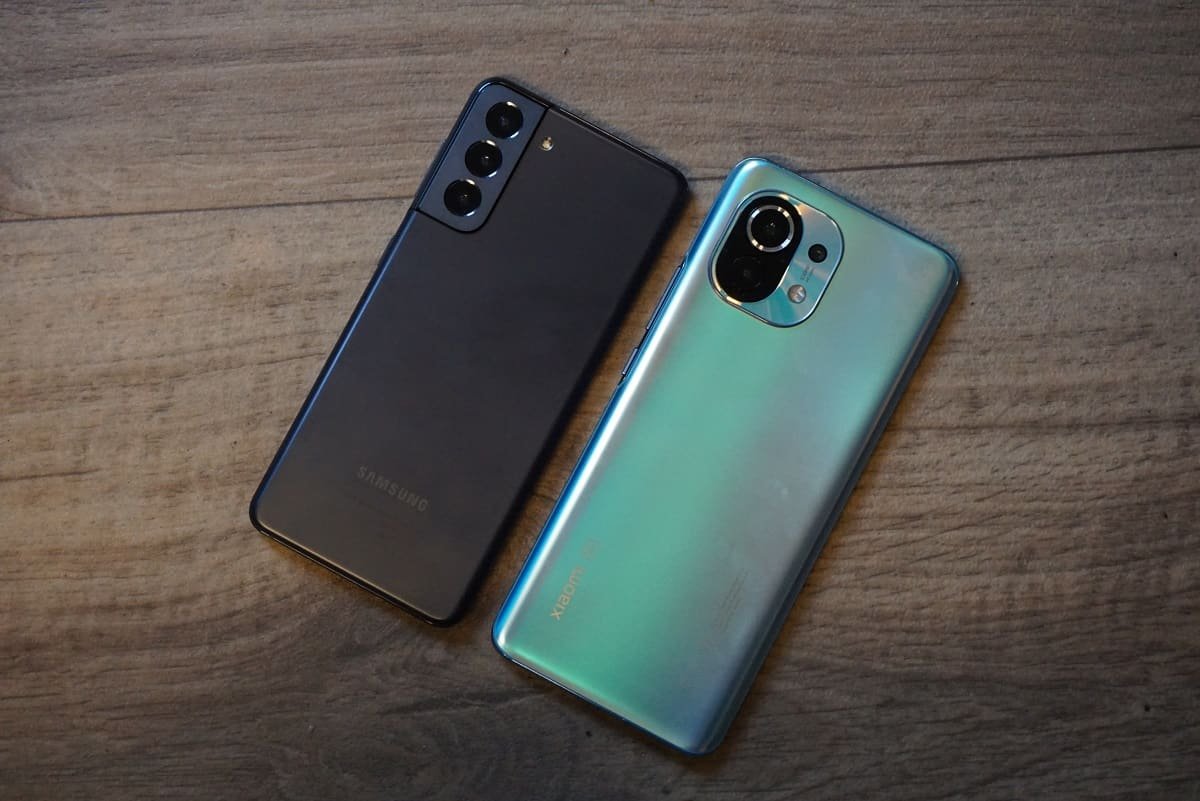 Two schools, two philosophies… and not at all the same products. The Xiaomi Mi 11 is a large smartphone rising to a little more than 164 mm in height when the Samsung Galaxy S21 plays its true false small format with its 151.7 mm. This notable difference in terms of dimensions is confirmed in terms of weight: 196 grams for the first, 171 grams for the second. To aim bigger at Samsung, you have to look to the significantly more expensive S21+.

The Xiaomi Mi 11 and the Galaxy S21 are therefore not at all alike in terms of format and you will have to keep this in mind when making your choice. This applies to the dimensions, but also to the pure design. One of the only commonalities is the matte treatment on the back surface of both smartphones.

However, even at this level, the biases of Samsung and Xiaomi clash. The South Korean has opted for plastic to lighten his device when the Chinese remain on glass (Gorilla Glass 5 on the back). The latter material is certainly considered nobler and more pleasant to the touch, but do not denigrate too much plastic. Samsung has done a lot of work to refine the satin effect – without perfectly imitating glass.

Let’s take a closer look at the back of the two smartphones, more particularly on their respective triple photosensors. The Xiaomi Mi 11 opts for a square format module with rounded corners and a rather new appearance composed of three layers: a sensor and the flash alongside a black oval which itself is overlooked by the main sensor well highlighted.

For its part, the Galaxy S21 also plays the card of originality with an aluminium module that follows the curve of the edges of the smartphone to give the impression that it is directly integrated into the chassis. In either case, you have to deal with a certain protuberance.

On the front, the two competitors choose Gorilla Glass Victus to protect their pierced screens – in the left corner for the Mi 11, in the centre for the Galaxy S21. However, it should be noted that during our test of the Xiaomi champion, we scratched the panel without mistreating it more than reasonable. So be careful with both smartphones despite this protection.

The confrontation of the two smartphones in the field of screen quality is playing out little. We have OLED and a super smooth 120Hz display on both sides. More than that, visual comfort is superbly cared for on the Xiaomi Mi 11 as on the Samsung Galaxy S21.

Contrast, maximum brightness, the richness of colors. Everything is there! We will simply note that the Galaxy S21 is, unfortunately, a little too dull when it is set to Natural mode. Therefore prefer the Vivid mode which however requires a small temperature adjustment to avoid the over-dominance of blue.

For its part, the Mi 11 rolls mechanics offering a QHD + definition against the classic Full HD + at its rival. It’s always good to know, but it should be noted that the difference should not be particularly felt, especially since the Samsung model has a relatively small diagonal of 6.2 inches against 6.81 inches at the competitor.

The battle here, therefore, turns a priori to the advantage of the Mi 11 thanks to a more efficient calibration. However, the situation changes if you prefer the contained formats, as the S21 should then get your preference in this case.

The Xiaomi Mi 11 is the first smartphone on the European market to feature Qualcomm’s state-of-the-art Snapdragon 888. Opposite, the Galaxy S21 does not demerit with its Exynos 2100 also engraved in 5 nanometers. The first thing to remember: we are dealing here with very high end in terms of power. Neither device is overdue on any daily task. In terms of raw power, we are at the top of the basket.

However, we can award the victory to the Snapdragon 888 in this duel of titans. Be careful, as you can see in the benchmarks below, the Exynos 2100 defends itself very honourably and even outperforms its opponent in certain exercises.

However, it is on the graphics part that things get a bit sour. The Galaxy S21 lags too frequently on a game of Fortnite in Epic quality at 60 fps, while this same mission is much easier for the Xiaomi Mi 11. If mobile gaming performance is extremely important to you, then you know which smartphone to turn to. 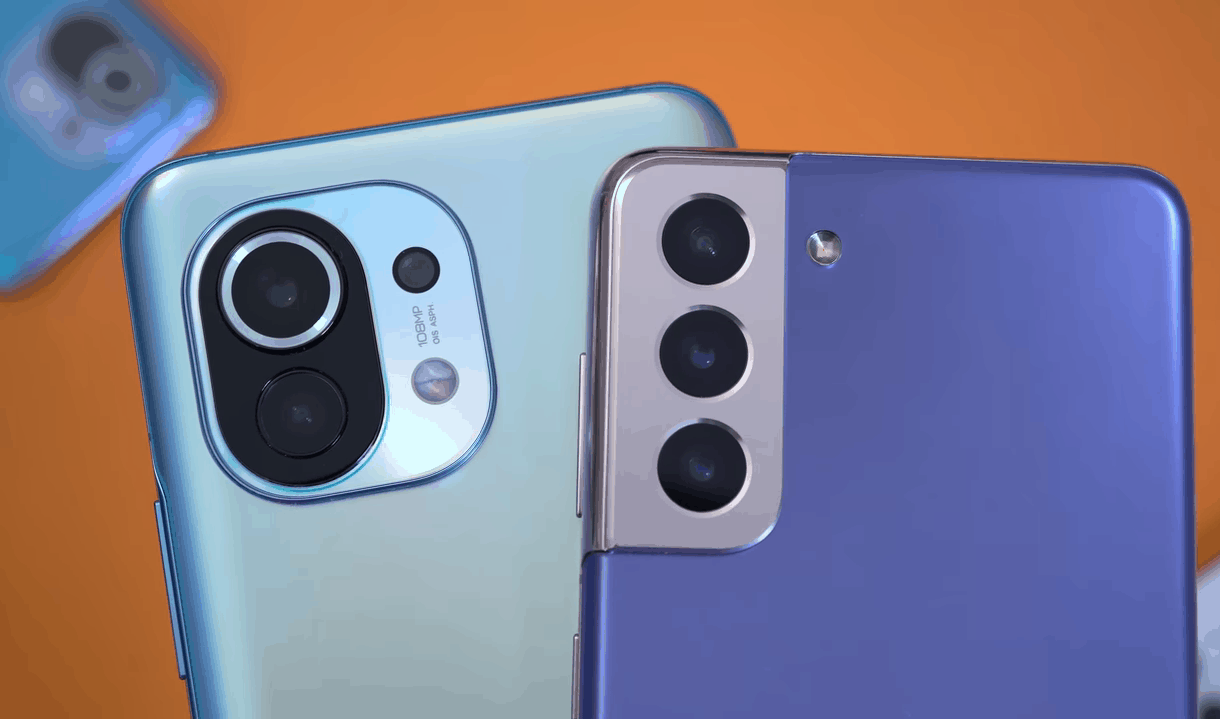 As for the photo, the two smartphones are really very good without having the same approach. A 108-megapixel sensor accompanied by an ultra-wide-angle and a sensor for the macro equips the Xiaomi Mi 11. On the Samsung Galaxy S21, it is the main sensor of 12 megapixels which is in control with an ultra-large -angle and a third 64-megapixel sensor dedicated to full-frame photos, 8K videos and zoom.

Whatever your choice, know that you will enjoy very beautiful photos. Xiaomi however offers a slightly more neutral treatment than that of Samsung and may lack finesse in certain details. The Mi 11 like the S21 know how to manage the dynamics of immortalized scenes.

At night, the two smartphones do very well with their main sensor, even if the Xiaomi Mi 11 falls a little more easily into the lens flare effect trap, without this having too much of an impact on the proposed rendering.

Note also that, by default, each device can automatically activate night mode when it considers it necessary. Regarding the ultra-wide-angle, there are colourimetric inconsistencies on both sides in most conditions, while this shooting mode is generally disappointing in low light. The Galaxy S21 has the small advantage of avoiding the distortion effect on the edges a little more effectively.

Xiaomi is renowned for the battery life of its smartphones. However, with a 120 Hz screen with QHD + definition by default, the Mi 11 has advantages that can compromise its endurance. Result: the product is a little less effective than the other models of the brand to last a long time without being recharged. Nothing prohibitive, it remains quite able to withstand long active days. Just remember to check your battery level before going to bed to be sure to avoid unpleasant surprises.

On the opposite, the Galaxy S21 does not have the same heritage. Its recent predecessors have not dazzled by their autonomy and it was precisely up to him to restore Samsung’s image in this area. The good news, he’s doing it pretty well. Without working a miracle, its 4000 mAh battery withstands the throes of active use well, enough to aim for a day and a half of use.

The real difference between the two smartphones on the battery is played on the efficiency of the recharge. By not supporting a power beyond 25 W, the Galaxy S21 is far too slow to regain 100%. A problem that the Mi 11 does not suffer from, which only needs three-quarters of an hour to refuel with its 55 W block. Xiaomi also delivers the charger, which Samsung does not.

All 4G frequency bands are supported by these two devices, as is the 5G network. Regarding the calls, the quality is always excellent to have pleasant conversations.

It may happen that the Xiaomi Mi 11 compresses your voice a bit to better eliminate the noise around you, but it does not have to be ashamed of the almost flawless Samsung Galaxy S21 in this exercise.

The Galaxy S21 is an excellent smartphone that will certainly appeal to people looking for a smartphone with a content and light format. It is packed with qualities in all aspects and does not usurp its place in the high-end segment. However, the Xiaomi Mi 11 has formidable weapons in the face and is on par with its opponent and even outperforms them in in-game performance or speed of charging.

Above all, the Xiaomi Mi 11 is significantly cheaper. So, if the MIUI experience doesn’t put you off, pay attention to IP68 certification, and aren’t bored with relatively large smartphones, you’ve undoubtedly found your champion. For others, the Galaxy S21 will be a great companion. 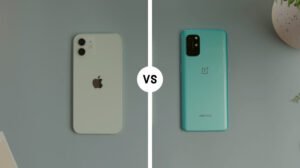 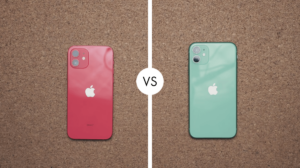 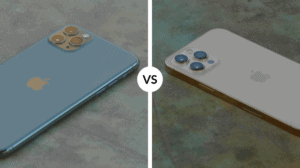 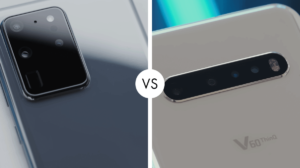 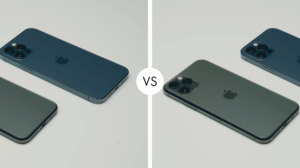