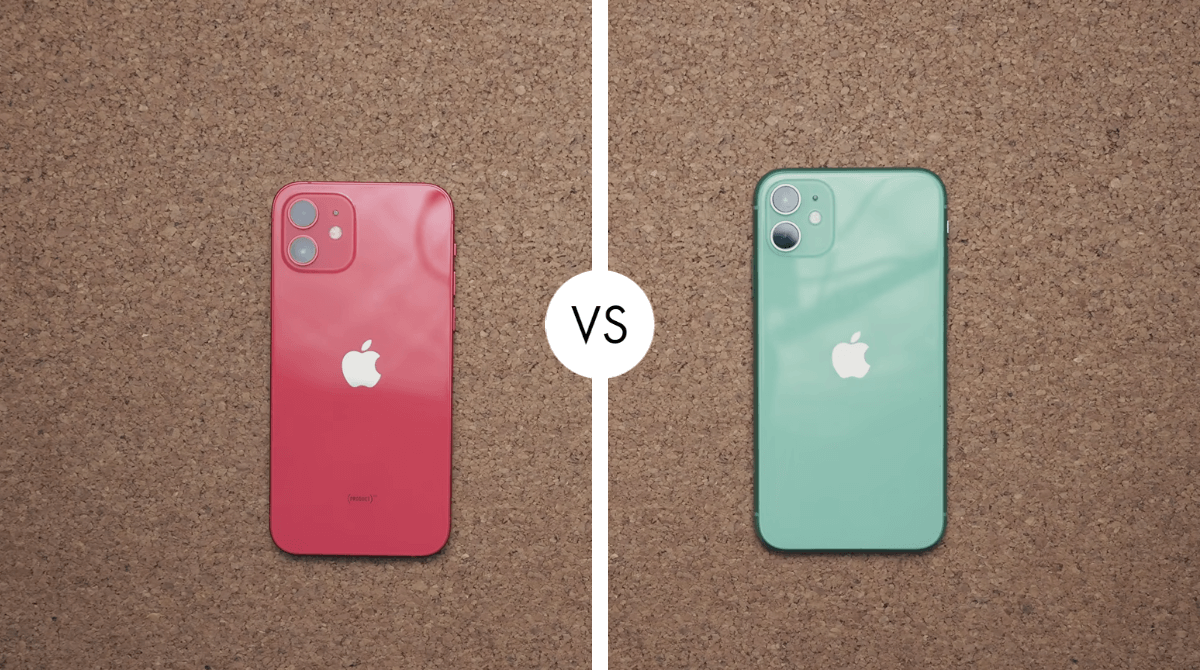 Hey, everyone, you’re at Top2Gadget and we are back again another interesting comparison for you guys. Today we will do a comparison between two iPhones. We will know from iPhone 12 and iPhone 11 which one is better and best suited for your choices and is it worth for you to upgrade from iPhone 11 to iPhone 12. 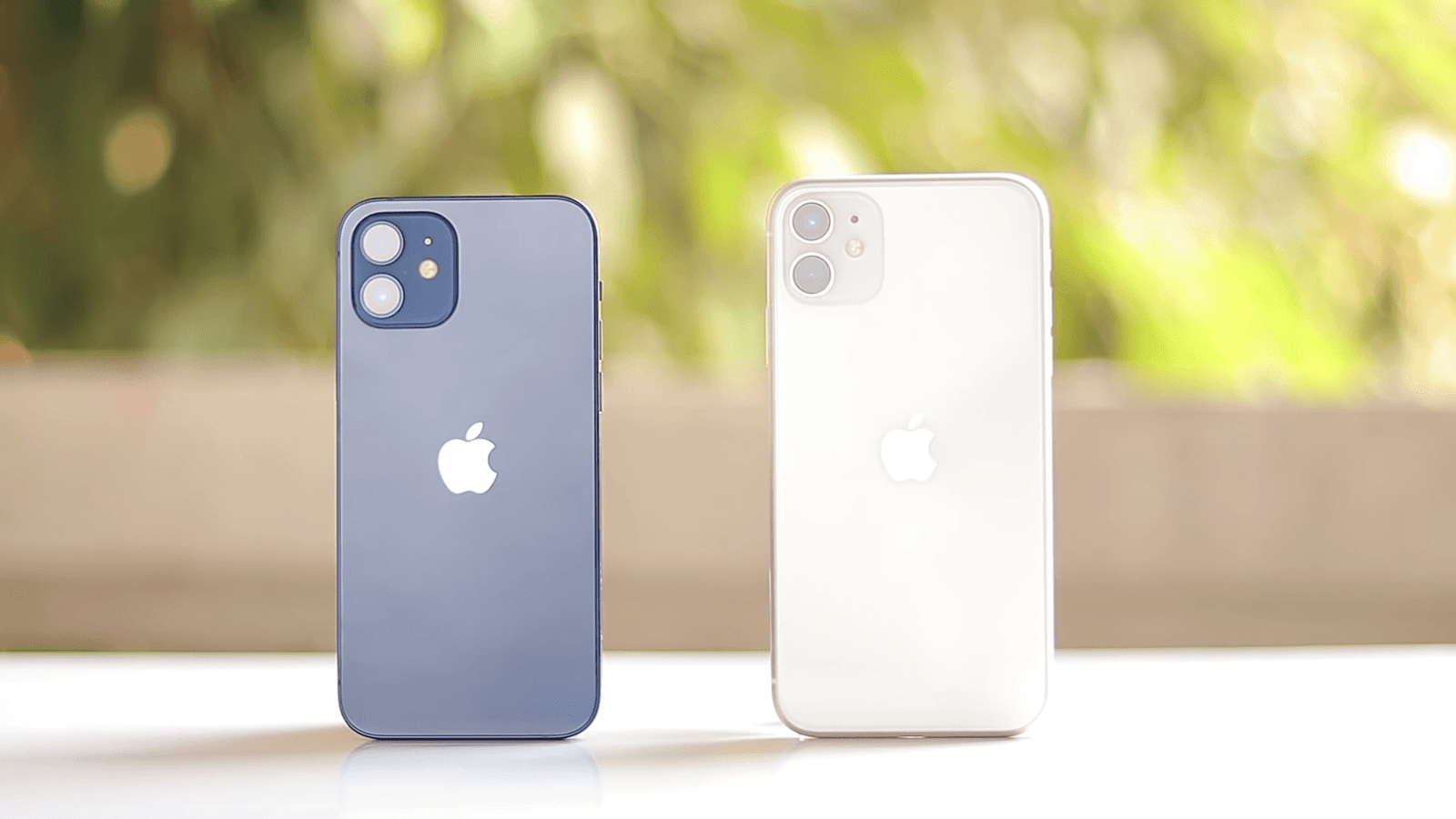 Since you can notice that the iPhone 11 and also the iPhone 12 highlight the very identical physical screen dimension at 6.1-inches. This remains that the iPhone 12 is insignificantly compact, smaller, slimmer, and also lighter because of its innovative design including the reduced bezels. Both phones highlight matte aluminium at corners and on the backsides, they got a glossy finish.

Now the overall design between the two is similar and different. So they’re both made out of aluminium. They have aluminium frames around the outside edge. And so the frame is made of the same material, but on the iPhone 12, it’s now squared off. And so we’ve gone back to sort of the iPhone 5 and 5s design, and we have a frame around the outside edge. That’s aluminium. So they’re both equally durable. They seem to hold up. Well, we don’t think you’ll have an issue there, but you may have a little bit different when it comes to the grip because the squared-off edges actually make it less slippery, at least for some peoples. So that may be something that’s an advantage to you. You will have glass both front and back on both devices. So front and back there’s glass, similar glass. But with the iPhone 12, we have the new ceramic shield glass, which Apple says is four times less likely to break when dropped. 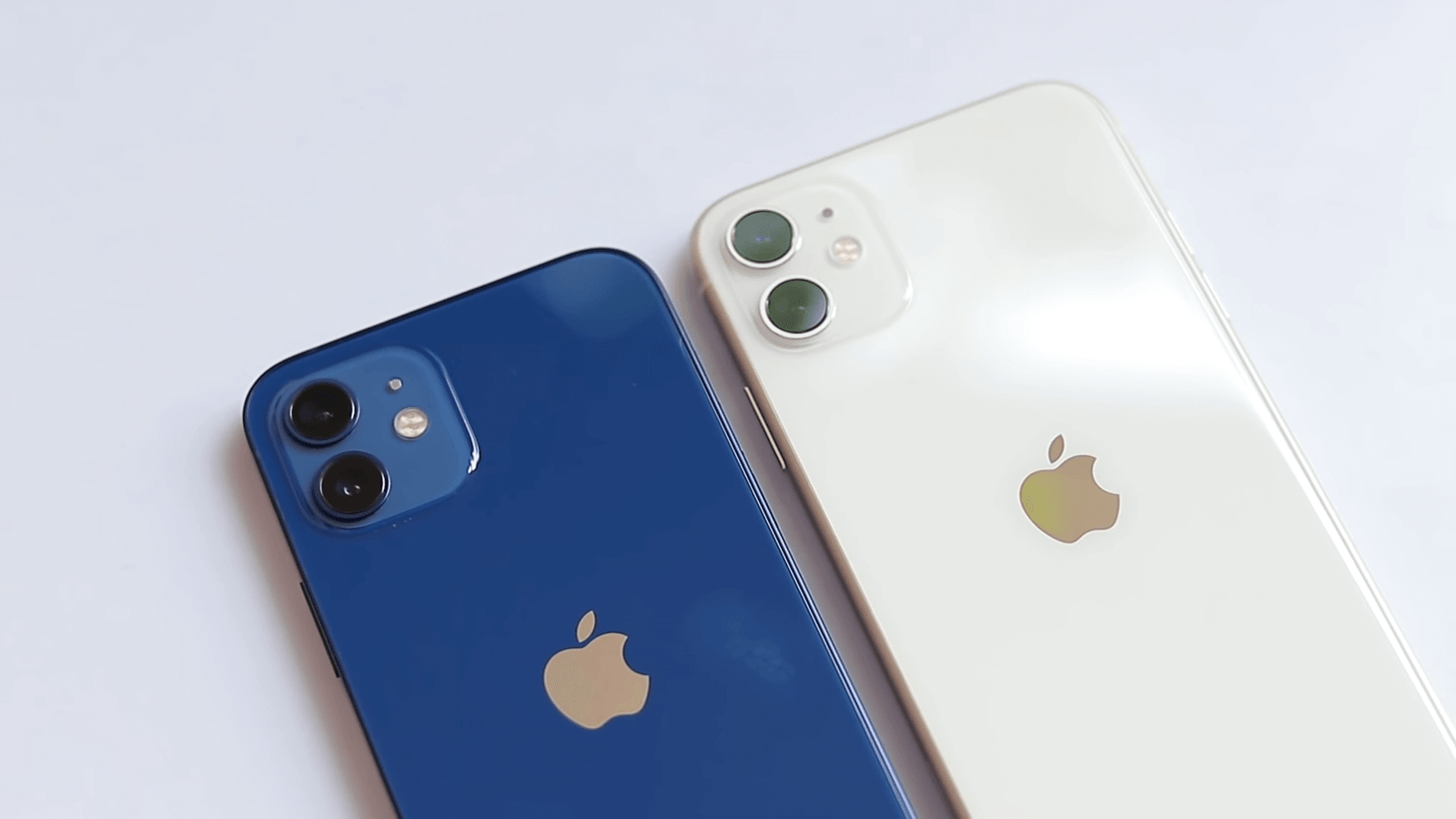 There’s a difference between the rear camera and their ability to record as well as the front cameras. So the front cameras are the exact same as far as 12 megapixel F 2.2 apertures. So if we go into the camera, spin it around here. They’re the exact same in every way they have the same sort of processing. However, the front camera of the iPhone 12 can do smart HDR and also has a night mode and die fusion on all of the cameras. So they can also both do 4k 60, but the iPhone 12 can record in Dolby vision HDR up to 30 frames per second. So you have an amazing video. And it’s really hard to show here since this video is not an HDR, but if you haven’t seen what the iPhone 12 camera can do, check out my iPhone 12 pro review video using an iPhone with the YouTube app, and you’ll see what HDR actually looks like. So it’s very bright and vibrant. It looks great. And then also there’s a difference with the rear cameras and we’ll have a full comparison in just a moment, but the iPhone 11 has a 12 megapixel wide F 1.8 aperture as well as a 12-megapixel ultra-wide F 2.4. Again, you can record 4k 60 videos with the iPhone 12. You have a 12 megapixel wide F 1.6 aperture. So they’ve increased the amount of light that can come in. And then again, you have a 12-megapixel ultra ride with F 2.4 aperture again, night mode on all cameras on the iPhone, 12 smart HDR, three for photos, 4k 60 videos, and then Dolby vision HDR up to 30 frames per second. And also you get night mode time-lapse so if you’re in the dark, you can do a time-lapse with it. So that’s something that’s a little bit new.

Now, as far as the speakers are concerned, they both have stereo speakers from top to bottom. So they both sound pretty good. We think the iPhone 12 is a little clearer at the higher end. Maybe a couple of decibels louder.

Now, when it comes to the battery life, battery life is actually a little bit different between both of these in my tests, the iPhone 11 has 3,110 mAh, which will give you up to 17 hours of playback with video. According to Apple, the iPhone 12 has a smaller 2,815 mAh battery. But again, Apple says it will give you up to 17 hours of video playback. Most people say that the iPhone 11 will give them up to about seven hours of screen on time, sometimes more depending on how they’re using it. But we think that you can only get about six hours of screen on time with the iPhone 12. While on the other side You can pretty easily get seven hours with the iPhone 11 and many people get more than that. So there is definitely a battery difference.

Now both have fast-charged the same fast charging, 50% in 30 minutes if you use the 20-watt adapter. So if you’re using Apple’s 20-watt adapter, you’ll get the same sort of charging speed. Also, one great thing is that they both support wireless charging,

The iPhone 12 remains the first iPhone to introduce 5G connectivity, which is operating at multiple speeds and on different timelines from carriers throughout the globe. Globally yet, iPhone 12 5G provider remains inadequate over sub-6GHz connectivity. On the other hand, the iPhone 11 remains restricted to 4G LTE connectivity. That suggests you can connect to LTE networks, and obtain whatever Apple introduces as “Gigabit-class LTE.” Talking about the Bluetooth connectivity both devices work with Bluetooth version 5.0 so both get a very solid and strong Bluetooth connectivity range of about 10m.

The iPhone 12 is a stunning upgrade in more numerous steps than one. While the extension to a modern design that’s more miniature and lighter, you additionally receive an OLED panel for the first time within a non-Pro iPhone. You additionally get the most advanced A14 Bionic processor including several notable camera improvements. If you’re a current iPhone 11 user, there remain a number of judgments to upgrade, including the modern design and enhanced camera work. Something we don’t suggest is updating completely based upon the commitment of 5G connectivity. That might change based upon wherever you exist, though for several iPhone 11 users, LTE is quick and sufficient.