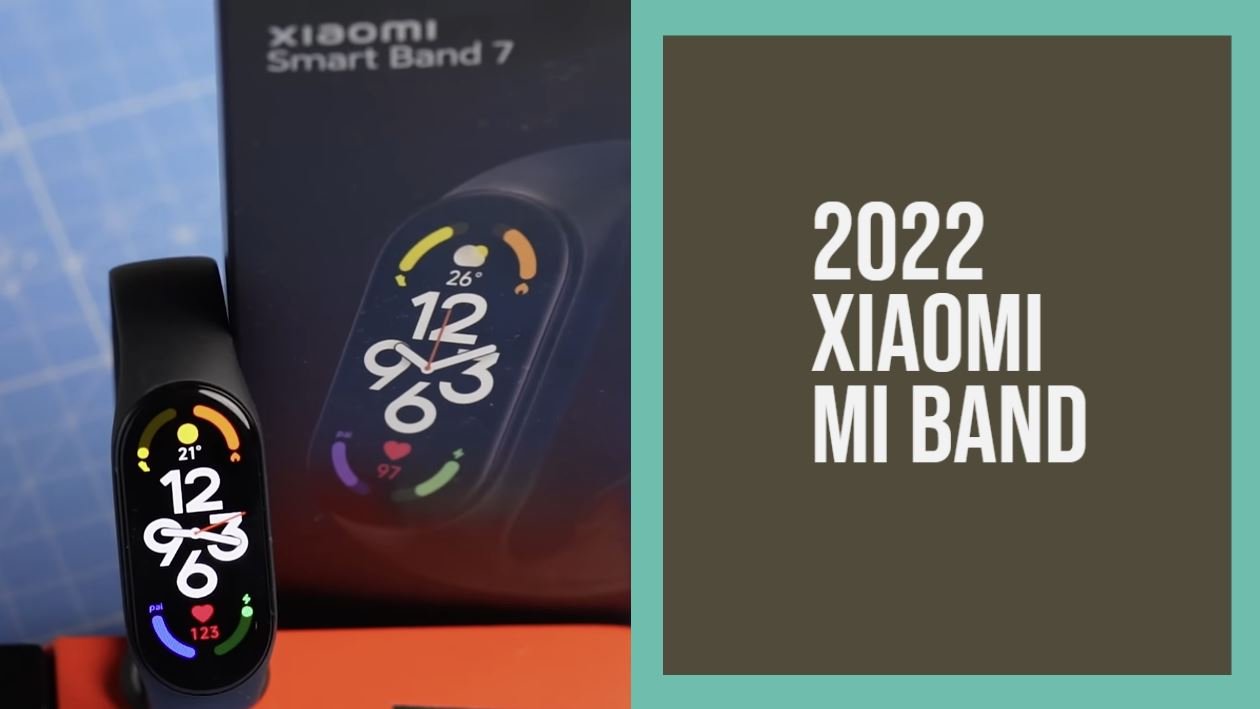 On May 24, Xiaomi officially released the seventh-generation Xiaomi Mi Band. After eight years of seven-generation product changes, the Xiaomi Mi Band has become the absolute star product in the current bracelet category. So what are the improvements in the experience of the new Xiaomi Mi Band 7 when the price remains the same? Today we will experience it in detail.

The Xiaomi Mi Band 7 box includes the tracker and wristband, as well as the magnetic charging cable and a user manual. 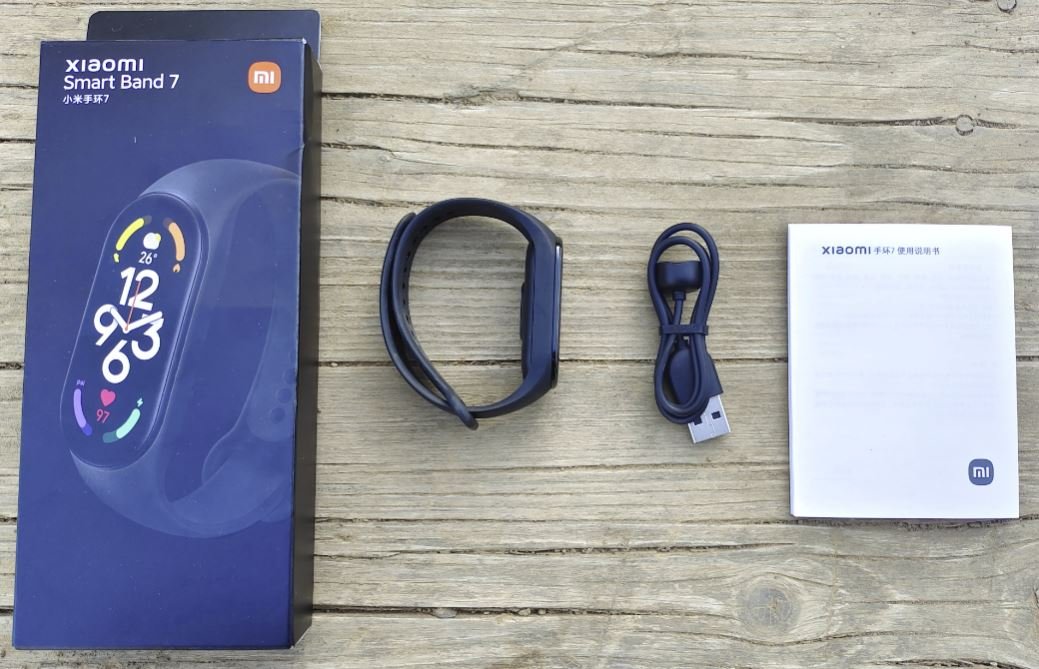 The Mi Band 7 has nearly many more features as the previous model. There is still no GPS on board, and all of the sensors remain unchanged. Using the Mi Band 6’s bottom-mounted heart rate sensor, blood oxygen saturation and heart rate can now be tracked for 24 hours. It’s now possible to monitor both in real time. However, this does not imply an exact interval between measurements. 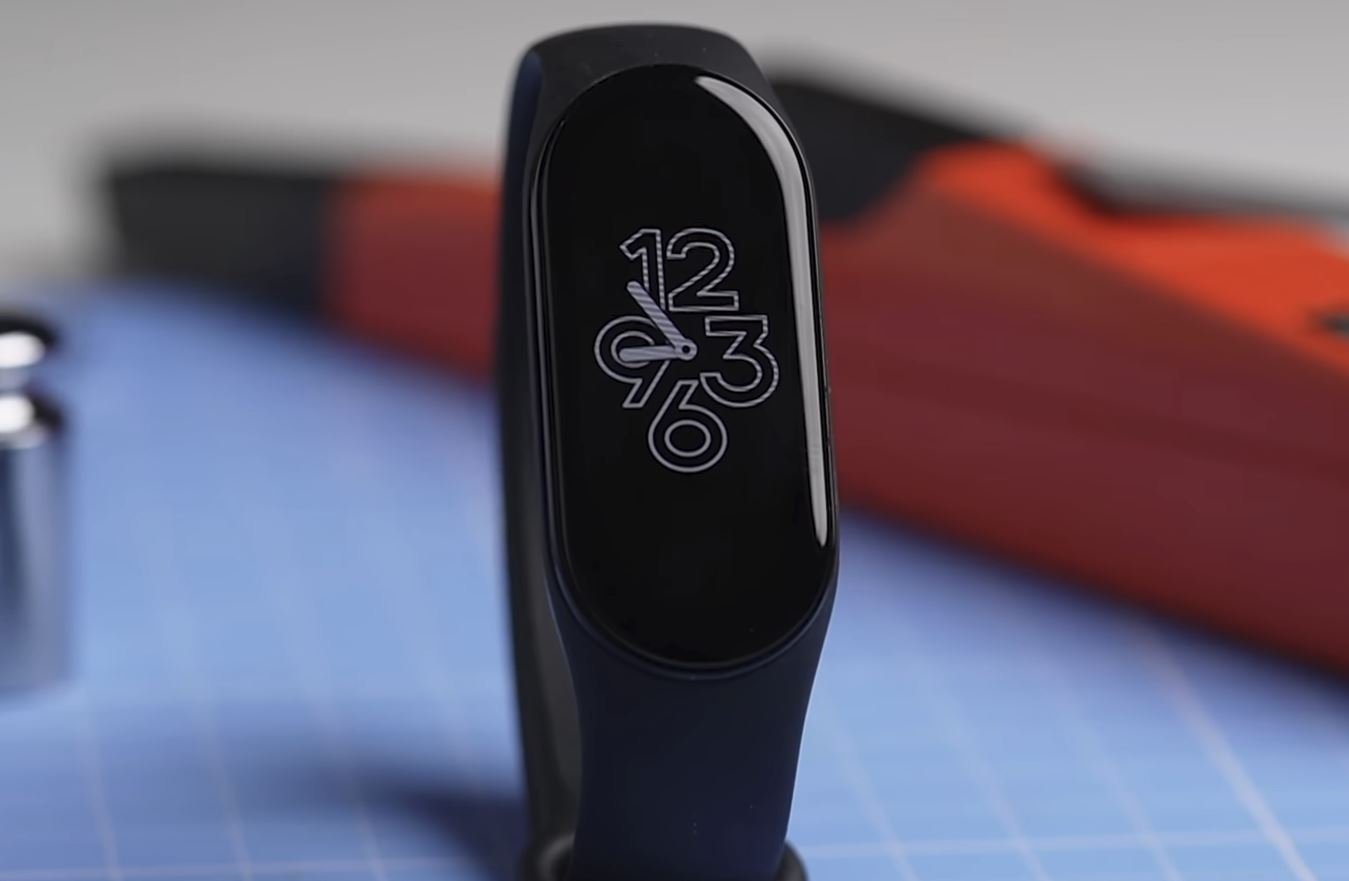 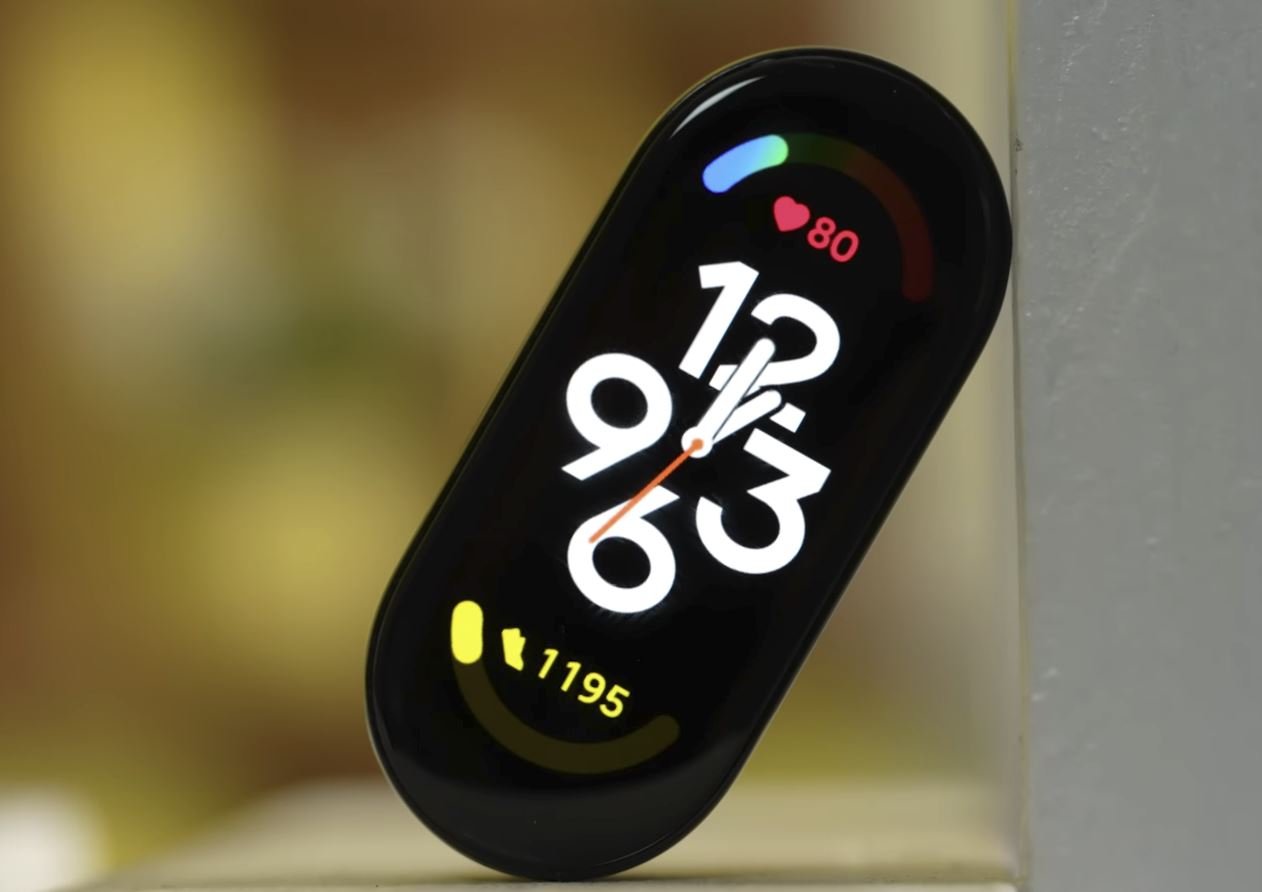 The screen is still made of AMOLED, and at its brightest setting, it is still very easy to see outside. And the Xiaomi Mi Band 7 got rid of its predecessor’s slightly raised glass cover and replaced it with flat glass. There are still 2.5D water drop transitions around it, though, so it still slides smoothly. 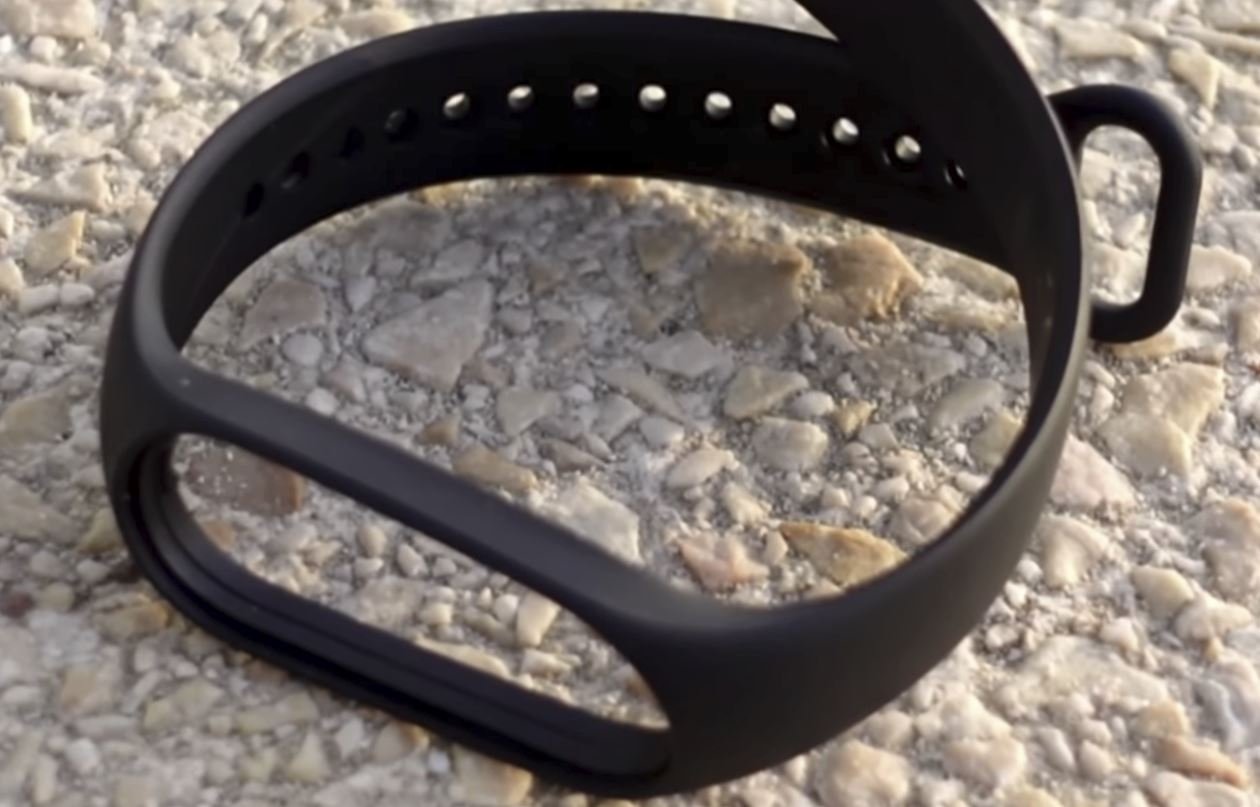 When we slide the screen, it’s clear that the Xiaomi Mi Band 7 is faster in terms of how smoothly it slides and how quickly it responds. 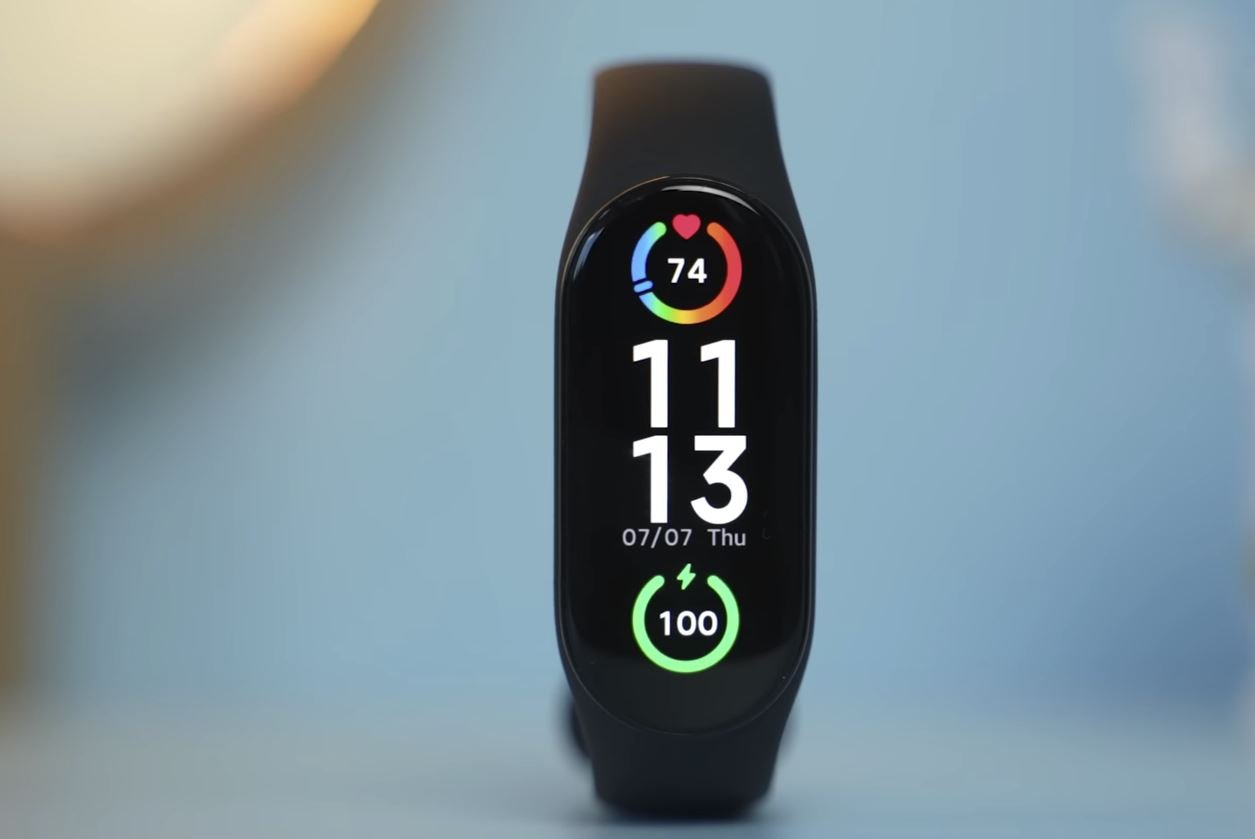 The three-axis accelerometer, three-axis gyroscope, and PPG heart rate sensor, as well as the magnetic points for charging the battery, are all on the back. 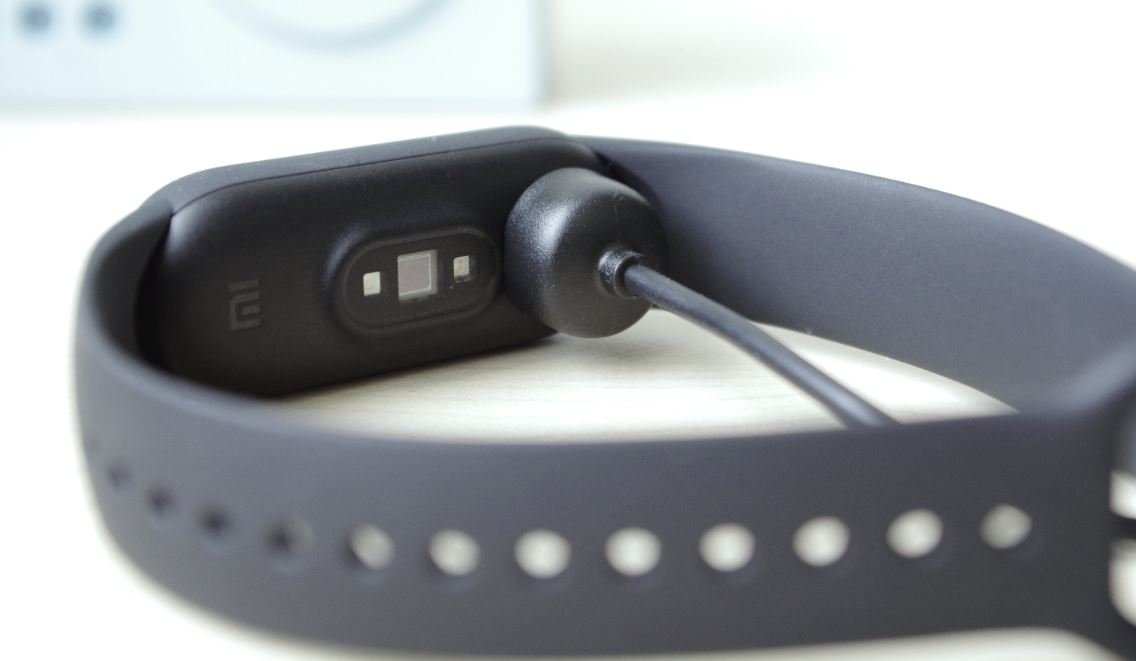 After making the screen bigger, Xiaomi also changed how the dial looked. There are more than 100 colourful and shifting dials, and some of them can also be replaced by widgets, giving users more room to customise. Users can also use photos from their albums as the dial, so that their favourite scenes and characters are always with them. 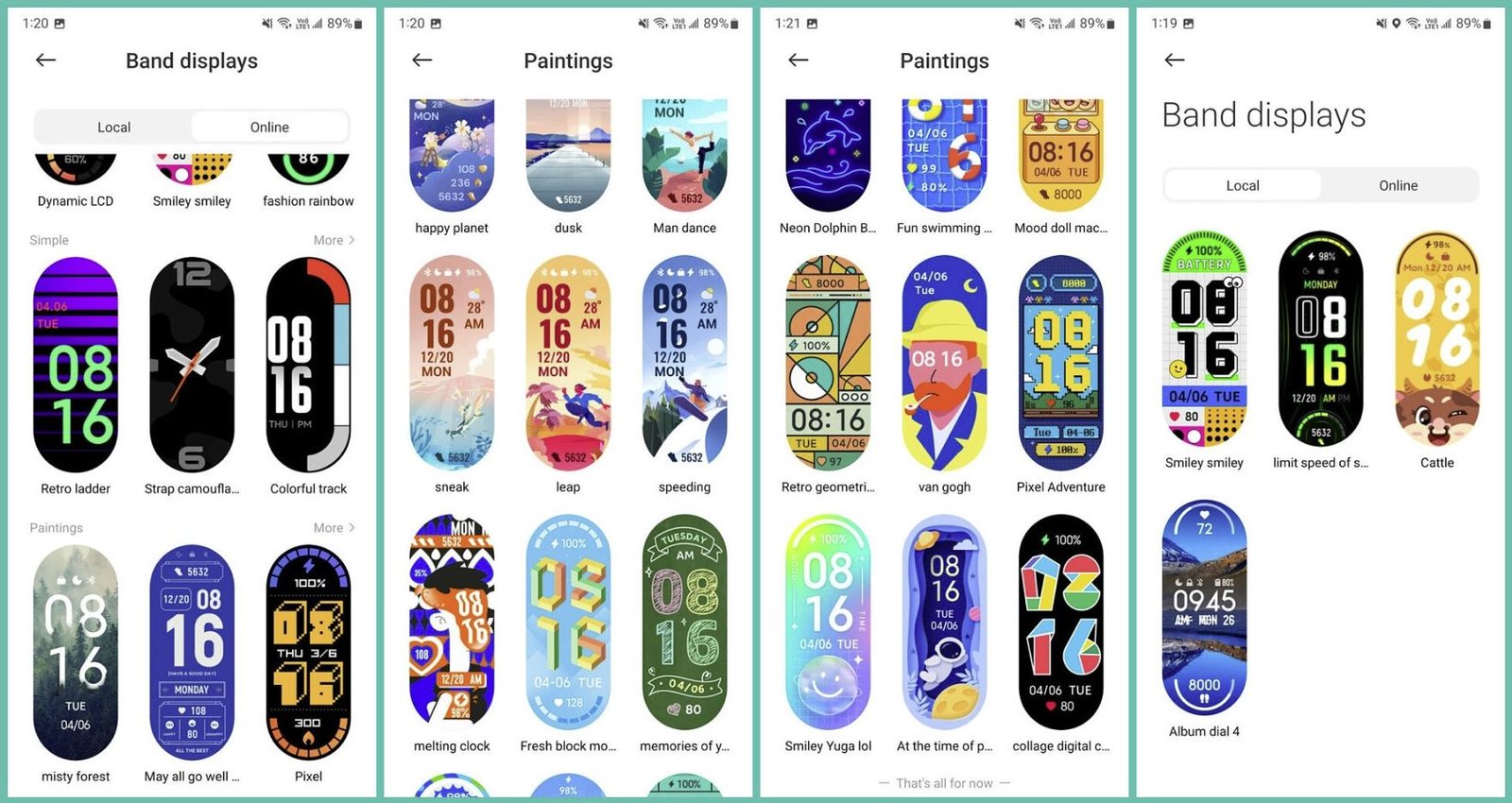 At the same time, the new design of the dial makes the icons more colourful and shows more of them. This makes it easier for users to find the right functions right away and makes them easier to use. If you only look at the time, the Xiaomi Mi Band 7 also has the AOD screen-off display that is unique to the OLED panel. This means that you can tell at a glance what is being shown or what notifications are there.

In terms of how it feels to wear, the “rice grain” of the Xiaomi Mi Band 7 only weighs 13.5g, and the lightweight TPU strap means that it doesn’t feel like a foreign body. On the inside of the “rice grain” and the wristband, there is a new sweat guide design that improves air flow and cuts down on sweat and water stains after working out or washing hands. This keeps people from feeling hot and sticky for a long time.

The Mi Fitness app is used by the Xiaomi Smart Band 7 to keep a closer eye on the user’s activity. To connect them, we just need to get the app from the Play Store or the App Store and follow the steps (we can be guided by the manual). This lets you customise everything the user wants to have in the same app. This includes the layout of the screen that will show up on Always On Display. You can choose from more than 100 different layouts.

On the other hand, Xiaomi keeps betting that its smart bands will connect through Bluetooth. Some criticism has been made about this, since NFC was thought to be used. But in the end, the fact that Bluetooth is used isn’t that big of a deal. Every smartphone has this tool, and it doesn’t use as much energy as we usually think. Even though NFC lets us make payments, it’s better to use the cell phone for this kind of thing since we usually have it with us at all times. This is how the smart bracelet works.

The Xiaomi Mi Band 7 now has 120 different sports modes to choose from. In comparison to the 30 on Mi Band 6. The much-needed aerobics mode will help you better understand your current exercise level..

However the number of automatic exercise modes has been cut from 6 to 4. Now, you can only choose to run, walk, use an elliptical machine, or row. With the fitness data monitoring mode getting better, current exercise recommendations can be given along with the EPOC (Excessive Post-Exercise Oxygen Consumption) of the last 7 days. At the same time, reasonable rest time and muscle gain/fat loss recommendations can be given based on the exercise state. 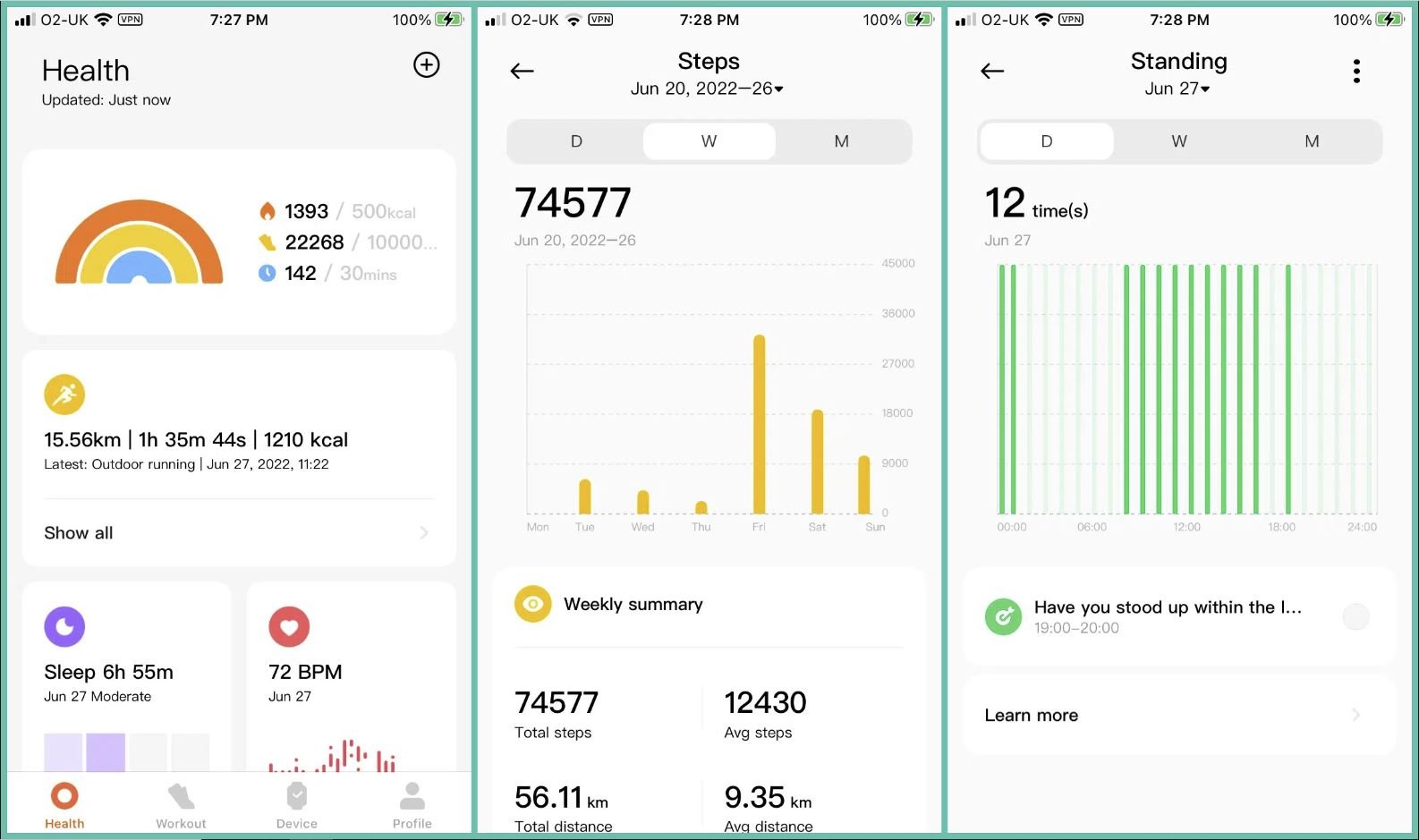 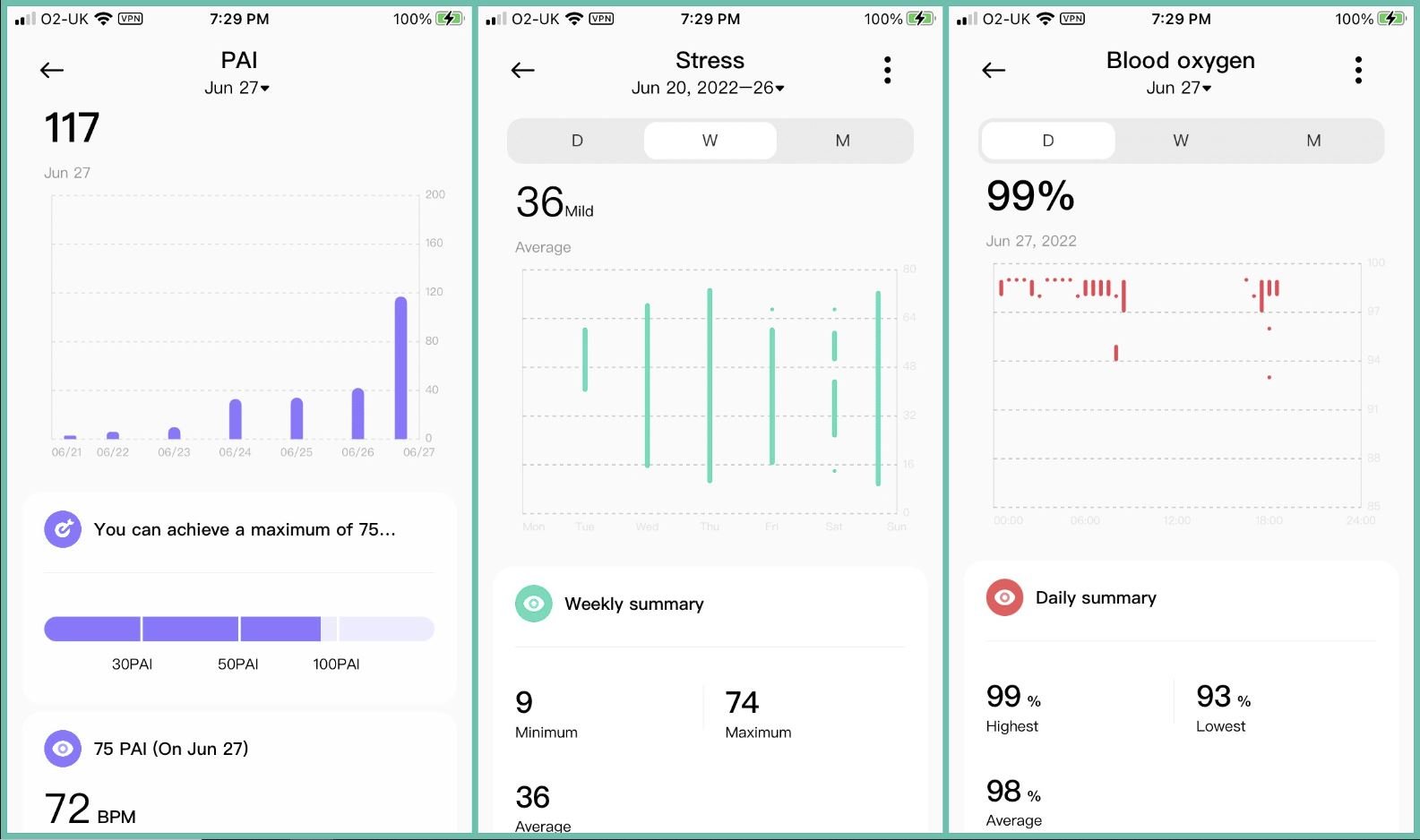 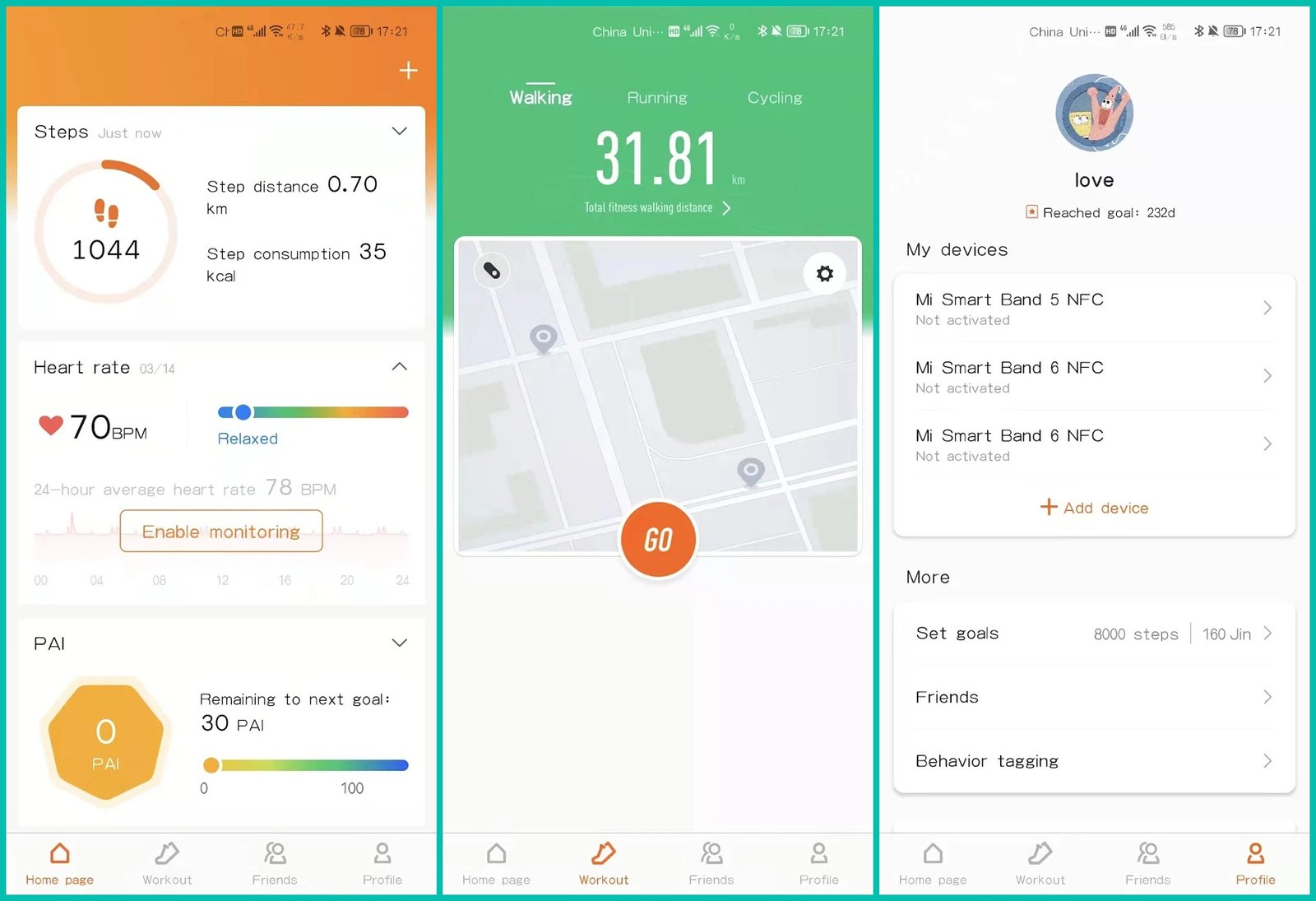 In the Xiaomi Sports Health APP’s vitality competition, you can also keep track of your fitness data after you work out. Items include daily steps, calories eaten, activity time, number of standings, etc. In the end, the fitness medal will be used as a way to encourage people to keep an eye on each other and get fitter. 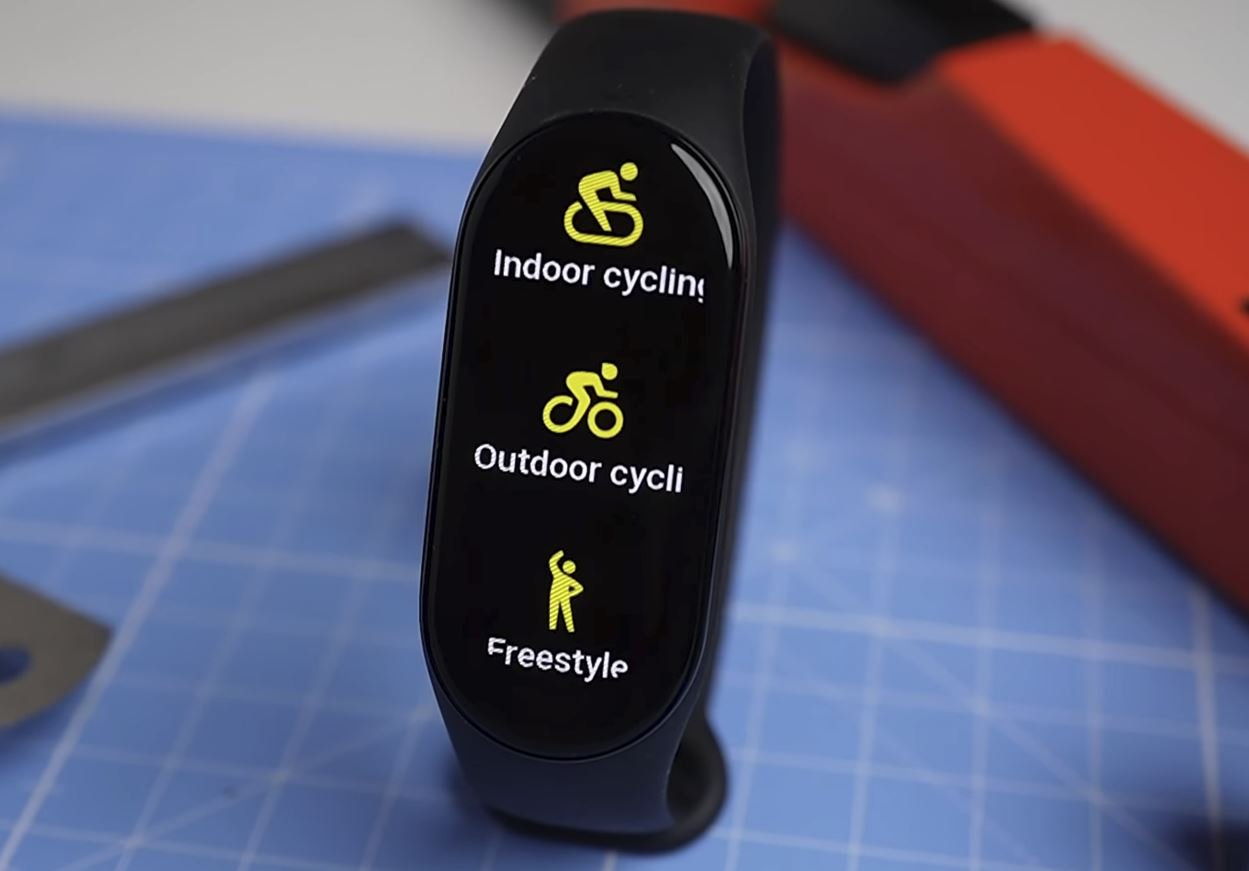 In terms of health, the Xiaomi Mi Band 7 now has blood oxygen monitoring that works in any weather. Blood oxygen is a sign of health that people have been paying more attention to in recent years. When there isn’t enough oxygen in the blood, you might get a headache, lose your memory, or have trouble breathing. Xiaomi Mi Band 7 can keep track of how much oxygen is in its own blood for 24 hours. It can also vibrate to let you know when your blood oxygen saturation is low, so it can always protect your health. 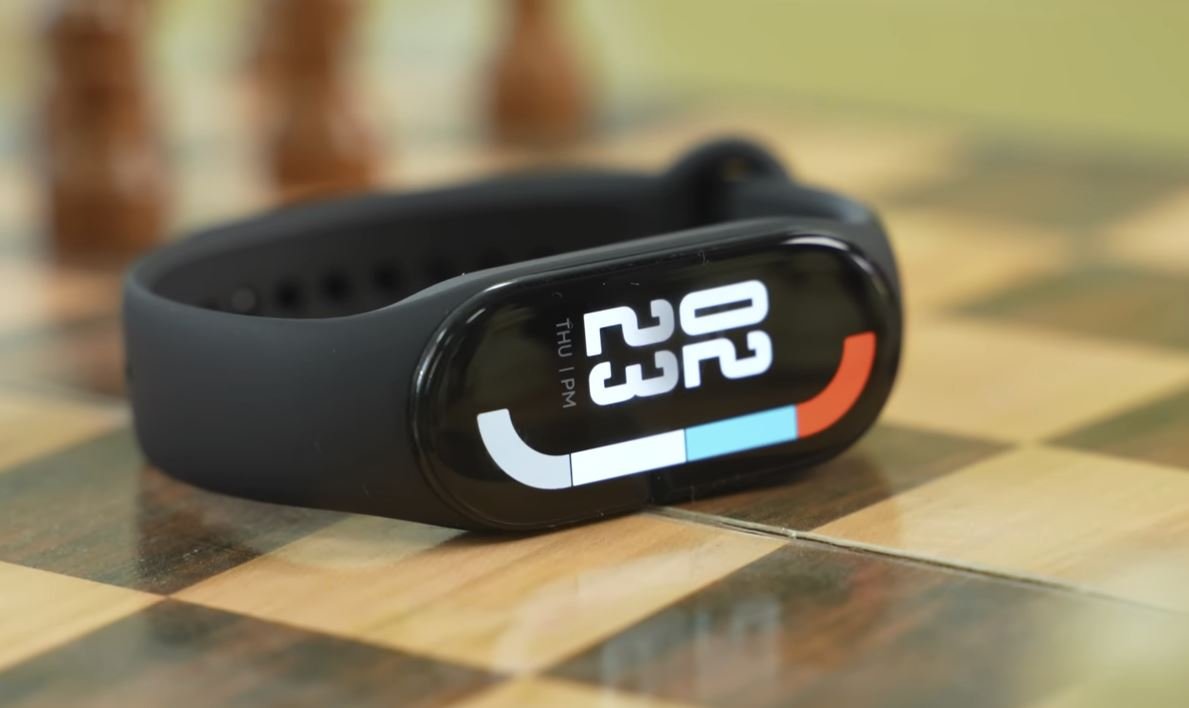 Daytime nap monitoring is supported by a 20-minute time limit on the Xiaomi Mi Band 7’s sleep monitoring capabilities. A sleep apnea test can also be used to determine whether or not sleep apnea affects the quality of a person’s breathing while they are asleep.

WhatsApp, Telegram, Facebook Messenger and QR code payments are all currently supported by the Xiaomi Mi Band 7 for day-to-day use. The bracelet’s high brightness and excellent outdoor performance make it ideal for “basic operations” like checking the weather and controlling smart homes. For visual effects, the Xiaomi Mi Band 7 is a bracelet that can handle itself in any situation and is a well-deserving leader in the field of wristband devices. 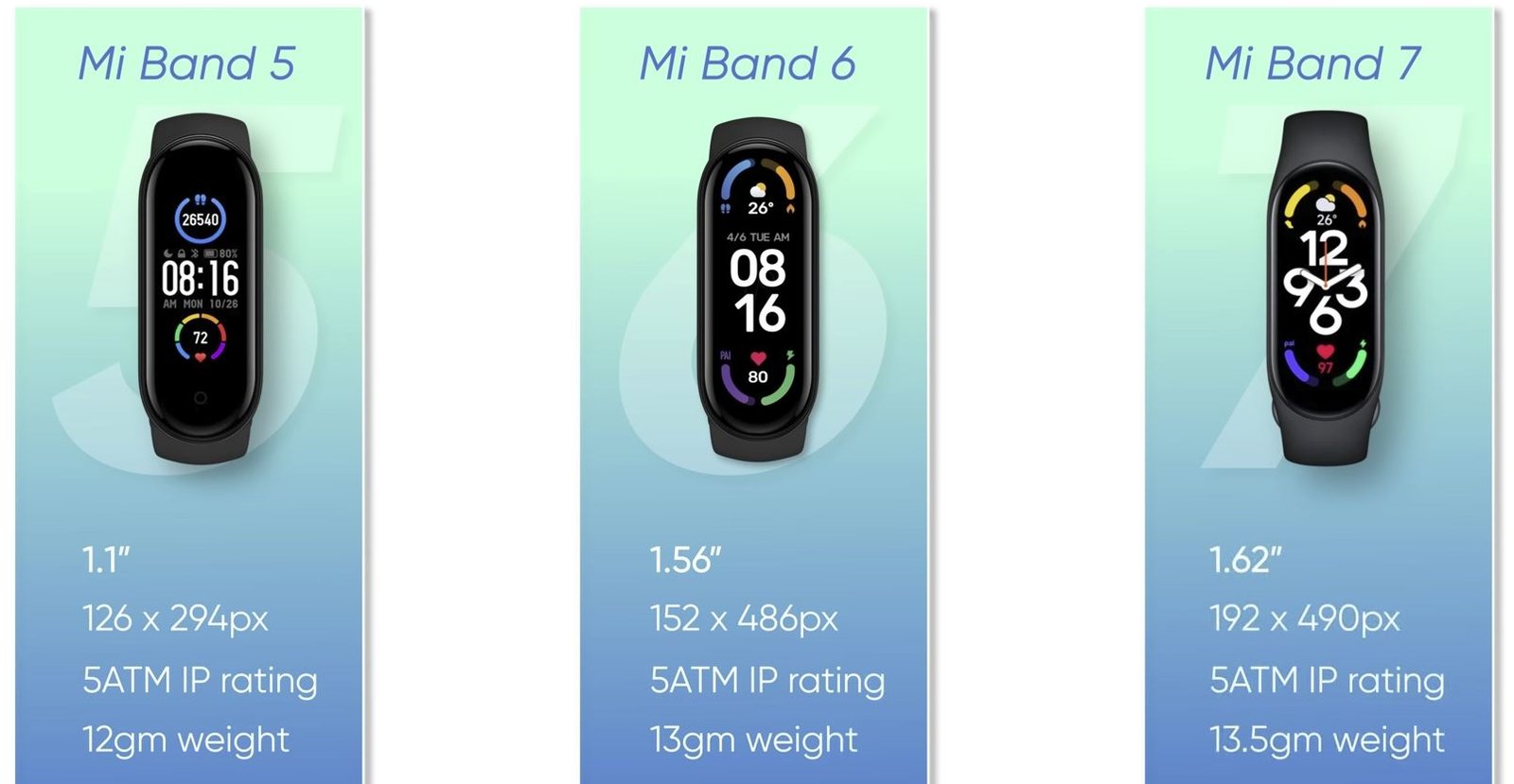 The device’s 180 mAh battery, it can last up to 15 days. Both the constant use it can be given as well as the Always On Display function generate significant energy consumption.

Additional battery drain can be caused by features that are enabled automatically. Activating the automatic monitoring of blood oxygenation, for example, will trigger the monitoring every time the user is lying down.

That is to say, users are free to decide how and when they want to use their device’s battery and whether or not they want to save it. The recharge is actually completed in less than two hours, so we needn’t be concerned. We won’t even notice that the loading time is longer for some people.

The Xiaomi Smart Band 7 is similar to the Band 6. Only the size of the screen, the “Always On Display” feature, and the number of sports modes have changed in a big way. New versions of a number of devices are likely to have the rest of the changes.

In the same way, the notification panel, which can be opened by swiping down from the top, breaks the rhythm of the other functions. That is, you won’t be able to quickly get to the ones at the end; you’ll have to “scroll” until you get there. 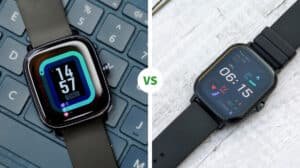 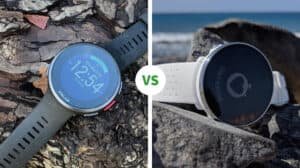 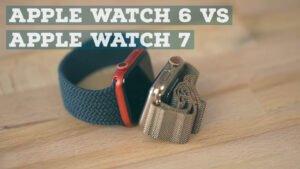 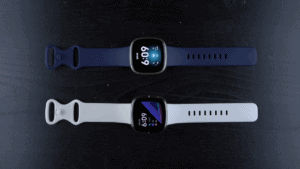 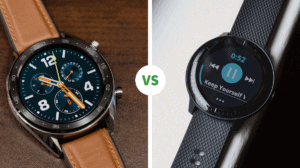