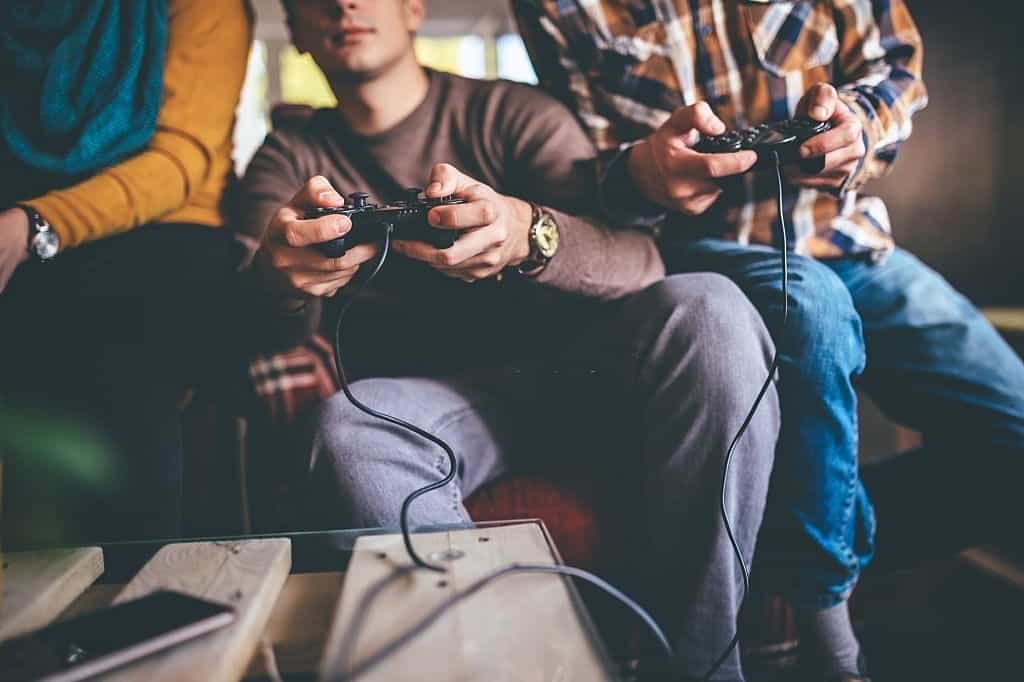 The infernal machine!  The new configuration with AMD Ryzen 9 3950X and Nvidia RTX 3080 (10GB GDDR6X) – Our reference for gaming PCs! Maximum gaming performance paired with a 16-core processor with a perfect price-performance ratio!

As always,  perfectly matched this configuration to get the best gaming and video editing performance for your money out of the budget. The gaming PC is perfectly suited for every demanding game in 4K resolution on the highest settings, esports games with over 240Hz, and the most demanding tasks such as rendering, video editing, and streaming! In terms of performance, this PC is the absolute benchmark. You will be able to enjoy this PC for years to come!

The Gamer PC has been perfectly matched to each other, all parts fit 100% together, and no other parts than those linked here are required. 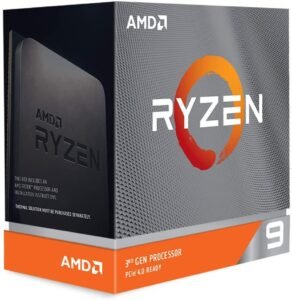 The heart of the PC is the currently strongest gaming CPU from AMD, namely the extremely powerful  AMD Ryzen 9 3950X  – an absolute monster with no less than 16 cores and 32 threads and still a 4.7Ghz turbo clock!

The Ryzen 9 3950X is, without a doubt, one of the most powerful processors that you can currently buy because it not only offers outstanding multi-core performance but also in terms of the single-core and, thus, primarily gaming performance, the processor is at the top With.

In application and rendering tasks, this CPU is faster than the well-known Threadripper processors. In terms of multi-core performance, it is significantly above the level of an i9-9980XE 18-core processor from Intel. Even in terms of single-core performance, we are only 3 points behind an i9 9900K – more than impressive!

As far as the performance values ​​are concerned, it is probably the most blatant CPU in the gaming sector at the moment and, therefore, of course, the recommendation for this high-end computer. 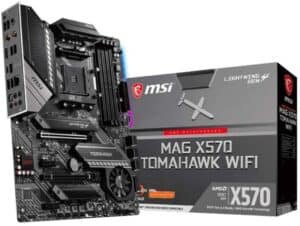 This system relies on an MSI MAG X570 Tomahawk WIFI  mainboard, the current generation for the mainboard.

The chic board leaves nothing to be desired and offers us an excellent platform for operating the system and, of course, great functions and capabilities for overclocking! 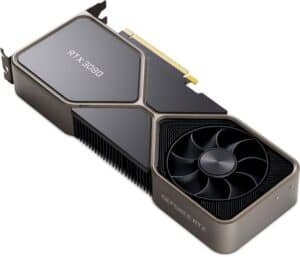 The heart of the system is the current high-end recommendation from Nvidia: The new RTX 3080  high-end GPU with fat 10GB GDDR6X graphics memory and an excellent custom design.

The card is a good deal faster than even an RTX 2080 or RTX 2080 Ti (the top model of the previous generation) and thus offers sufficient performance to play even the most demanding games absolutely smoothly on the highest settings and in 4K resolution.

The lead over an “old” RTX 2080 is almost 70%! Not only 4K gaming, but also competitive gaming in esports games with frame rates beyond 240FPS are child’s play with this card. Because the fact is: this graphics card is next to the RTX 3090 (which takes the place of the Titan in the current line-up and is therefore not really aimed at gaming)  the fastest graphics card ever built and only extreme models in the server area that are faster are alone cost many times that of this PC.

In addition, the custom design used here keeps the card super cool even under load – with a pleasantly low volume.

In addition, a total of 32GB Corsair Vengeance RGB PRO with 3600Mhz  are used. This superfast RAM gives us another small advantage in terms of frame times and, above all, Min-FPS in games.

The two modules also work in fast dual-channel mode, and since 32GB is more than enough, you will probably never have to worry about it in the next few years – if there are two more free RAM banks available.

Of course, there is the extensive RGB lighting known from Corsair, which, in conjunction with the built-in AIO, creates a real light spectacle in the PC.

With such a high-end system, we naturally rely on SSD storage for the hard drive. A 1000GB MP600 NVMe SSD (PCIe 4.0) from Corsair is used here, which should definitely offer enough space for the operating system, all your programs, and of course, the complete Steam library.

An SSD is faster than a normal hard disk (HDD), and you can feel that in everyday life. The increase in performance is so immense that we can hardly put it into words. Keyword: Over 4950MB / s read rates.

In addition, the SSD is supported by a 1TB HDD from Toshiba (P300), which acts as a data grave.

So that the extremely powerful processor always stays nice and cool, a Corsair Hydro Series H100i RGB Platinum AIO water cooling with a 240mm radiator is used here. As far as the temperatures are concerned, the system remains in the green area even with overclocking, and one thing above all: quiet! 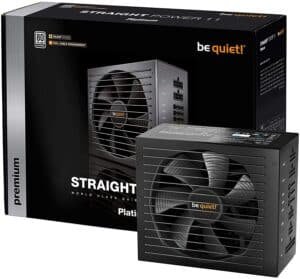 This power supply unit (based on Dark Power Pro technology) is also persuasive from the technical side: 80+ Gold certification, be quiet! Silent fans, DC / DC, multi-rail, and all conceivable protective circuits. In addition, the power supply unit is fully modular – cables that are not required can be removed, which makes cable management even easier. The Straight Power 11 is currently one of the best power supplies available! 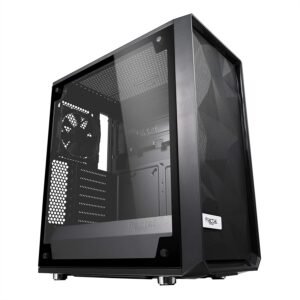 All components are installed in the brand new Fractal Design Meshify C with a tempered glass side panel. The case is one of the best Airflow models on the market. In addition to its high-quality and elegant appearance, it impresses with the usual very high processing quality from Fractal.

It has several hushed fans pre-installed, offers enough space for all components, and has a clever and well-thought-out system for cable management. In addition, this housing relies on two separate chambers for the main components and the power supply unit, cables, and hard drives. All the features make this case our current top favorite for cases this year at the current low price of just 95$. 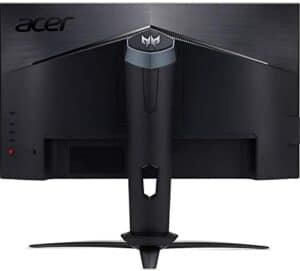 Gaming in 4K and that at 144Hz? A while ago, that was unthinkable! With the new graphics cards from Nvidia and the technical progress in  ​​display technology, we can now recommend such a monitor for the first time – the Acer Predator XB3. A masterpiece with 4K 10Bit HDR IPS panel, 144Hz, and G-Sync!

For this PC we recommend our current favorite keyboard and the model that is currently used in the editorial office: The Corsair K70 RGB MK.2 Low Profile Rapidfire with the great Cherry MX speed switches. The keyboard really offers every feature that you can expect from a high-end keyboard and will meet your highest demands. 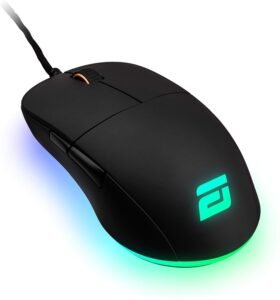 The fastest gaming mouse currently available: The Endgame Gear XM1! It is not without reason that former Counter-Strike professional players developed this mouse. The analog readout technology of the switches gives you a measurable advantage in online shooters and otherwise offers real high-end features such as the latest PixArt sensor and preselected Omron switches. 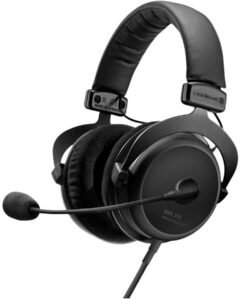 Our current reference when it comes to gaming headsets – the Beyerdynamic MMX300. It offers by far the best sound quality of all tested gaming headsets, both in terms of speakers and microphones. If you have the necessary change, you will get the best of the best with this device! 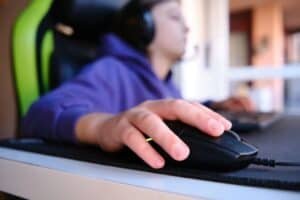 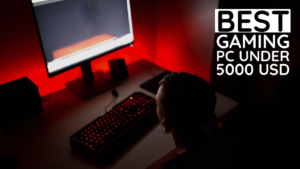 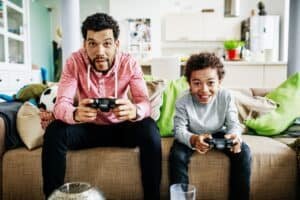 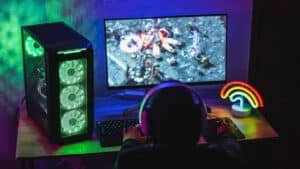