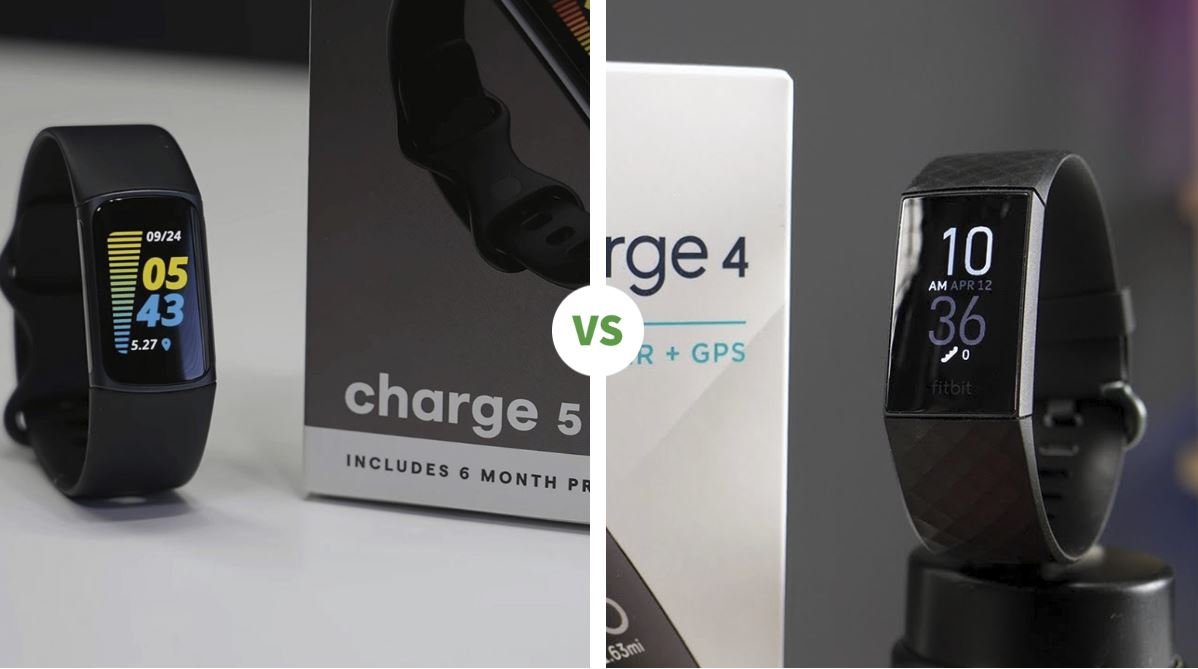 After a series of leaks, Fitbit has announced a new generation of Fitbit Charge 5 fitness bracelets. This is the first wristband made by Fitbit since Google acquired it. Due to the relatively high cost and low availability of Fitbit fitness bracelets, devices from this line are not very popular in our market. Nevertheless, we decided to compare Fitbit Charge 5 and Fitbit Charge 4, find out how they differ, and it is worth selling your Charge 4 and ordering a fifth-generation tracker. Let’s start with the comparison with the main technical characteristics. 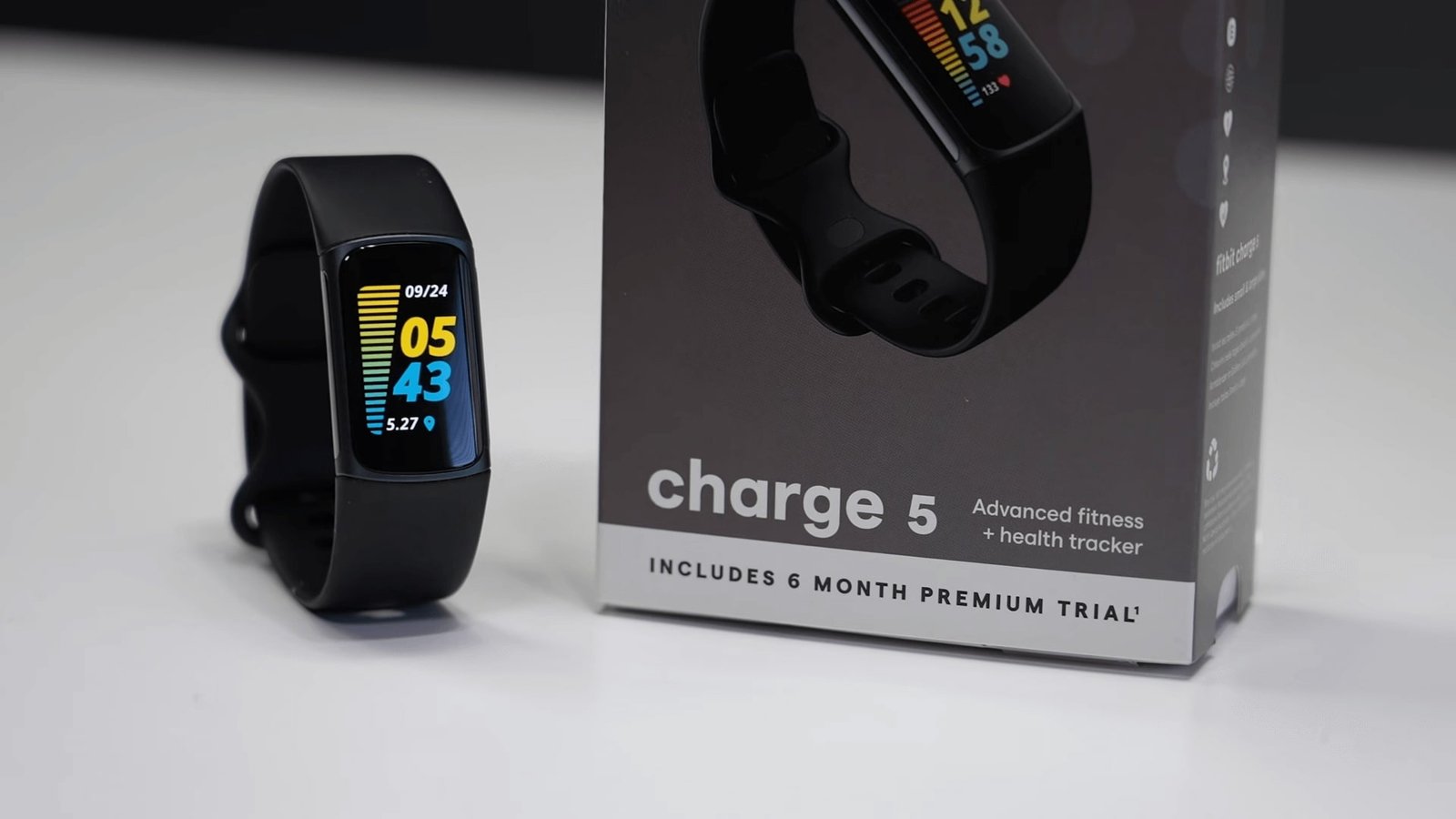 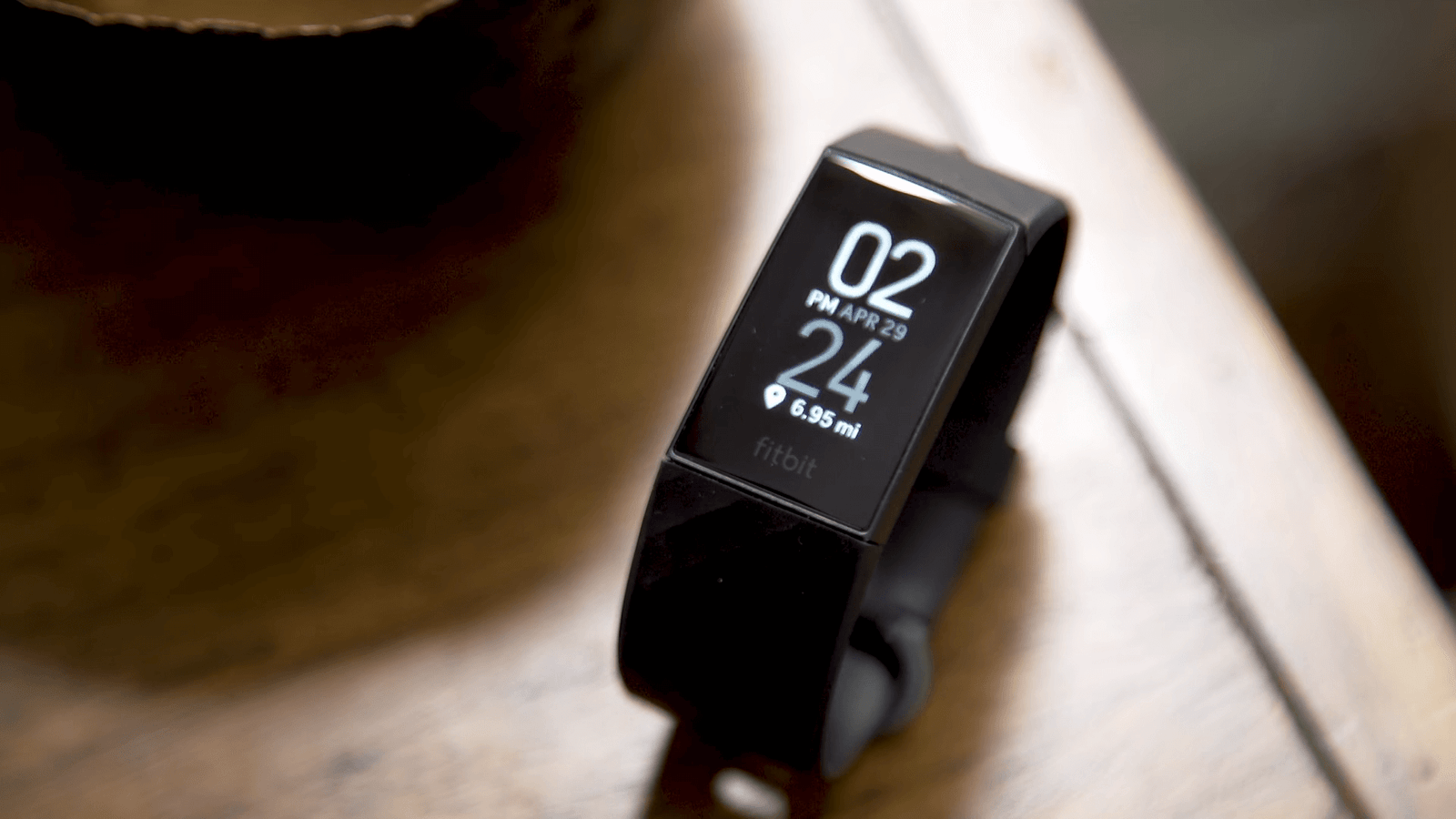 Over the years, since the first tracker in the Charge family came out, Fitbit has followed the same design. So, to find the external difference between the Charge 4 and its predecessor Charge 3 is quite difficult. The new Fitbit Charge 5 has received the most noticeable design change since the first generation. 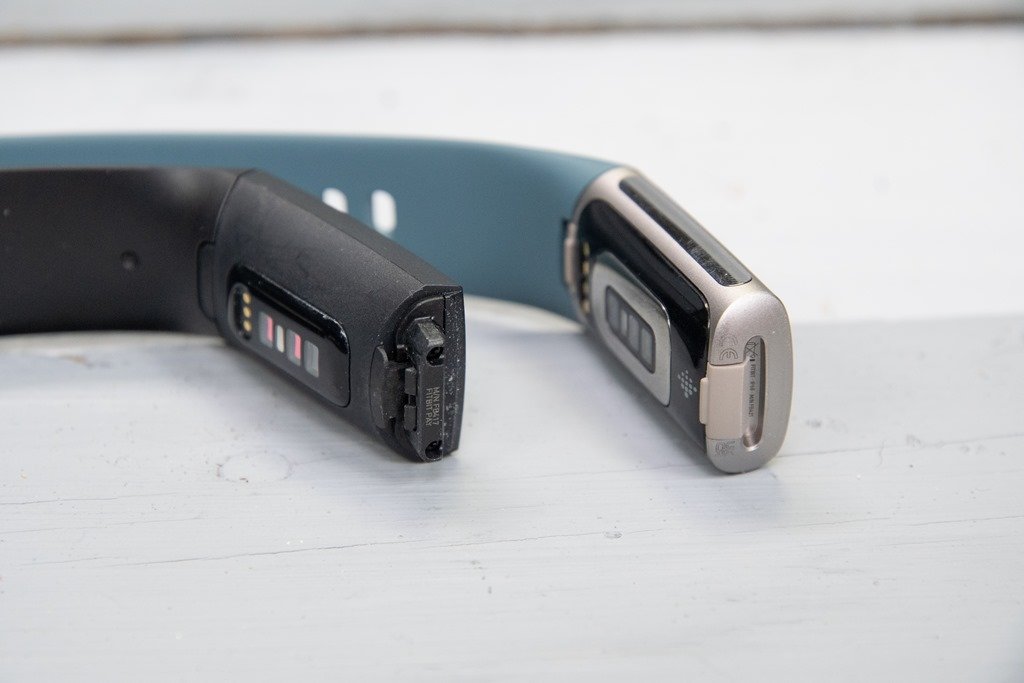 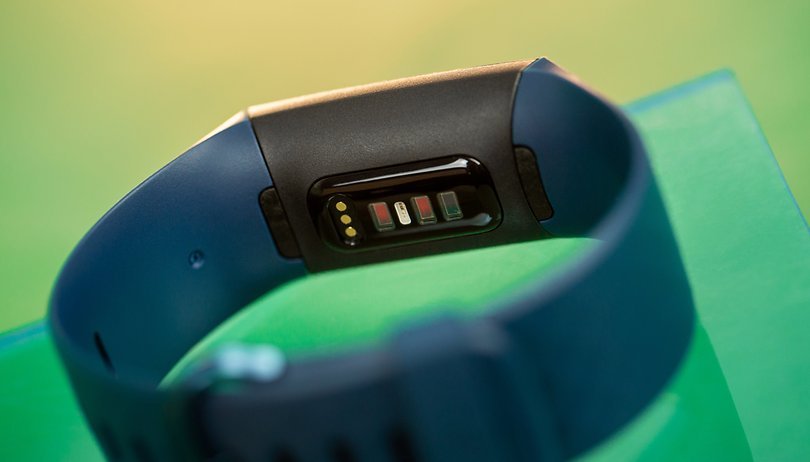 Fitbit Charge 5 and Charge 4 lack a mechanical button on the case. But, instead of the usual control, the fourth generation tracker has small notches on the sides; when pressed, the tracker is activated (capacitive button). The metal inserts on the sides of the Charge 5 can also be mistaken for a capacitive button, but they are ECG sensor electrodes. All control is carried out using the touch screen. 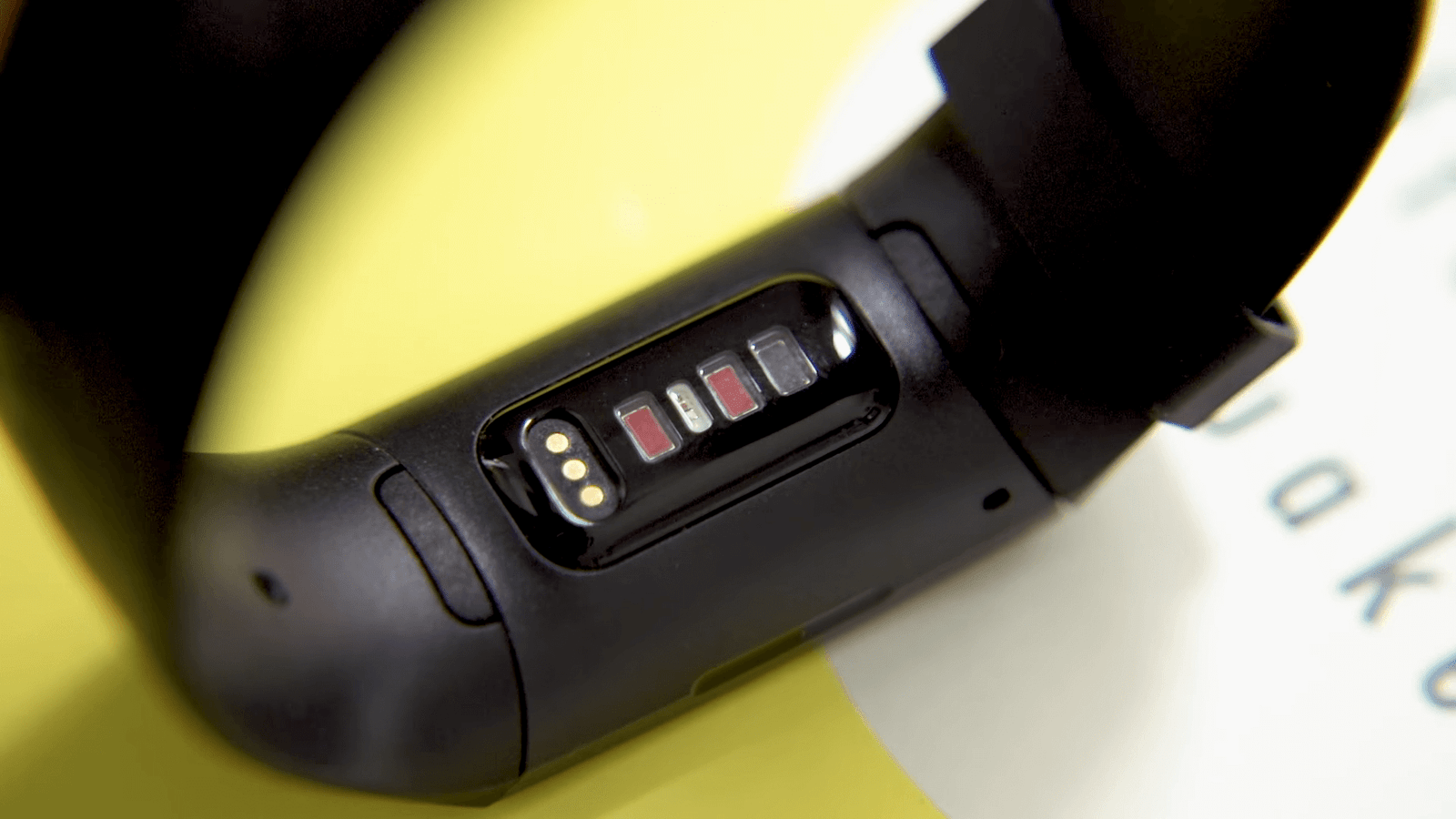 The hook Type of the strap has changed. Now it is not a classic clasp but a “tip-in” pin clasp.

The display is the second major update after the design. The new generation, unlike the Charge 4, which has a monochrome OLED grayscale screen, has a color AMOLED display with higher resolution and brightness. The Charge 5’s 1.04-inch screen with a maximum brightness of 450 nits is 10% more than its predecessor (Charge 4’s brightness is 200 nits). Its resolution is 260 x 170 pixels, versus 160 x 100 pixels for the previous model.

Fitbit Charge 5 has an Always-on Display feature and an ambient light sensor to adjust brightness automatically.

The Charge 5 has all of the above equipment except the altimeter. Perhaps they abandoned it because users often complained about its accuracy. But this is just our guess.

The new 5 series comes with electrocardiogram (ECG) sensors and an electrodermal activity sensor. The latter allows you to assess the body’s response to stress. Also, both models are equipped with an NFC module for contactless payment (Fitbit Pay payment system).

Both generations of a fitness bracelet can perform the following functions:

The Charge 5 has several new features:

The rest of the functionality of this pair of trackers is almost identical.

For Charge 5 and Charge 4, the manufacturer claims the same autonomy. The battery charges to 100% in about 2 hours, and one charge will last up to 7 days of use. With GPS always on, the charge lasts for 5 hours.

When you enable the Always-on Display function, the Charge 5 will work without charging for about 2 days

The Charge 5 was priced at $ 179.95, which is $ 30 more than the Charge 4 was priced at when it was announced. Usually, soon after a new version is released, Fitbit and most retailers will drop the price of the previous generation. That is, you can expect that the difference in cost will soon be $ 40 – 50.

The main improvements to the Charge 5 are a more modern design, color AMOLED display, ECG, and electrodermal activity sensors. If you can come to terms with the lack of all of the above, selling your Charge 4 is probably not worth it.