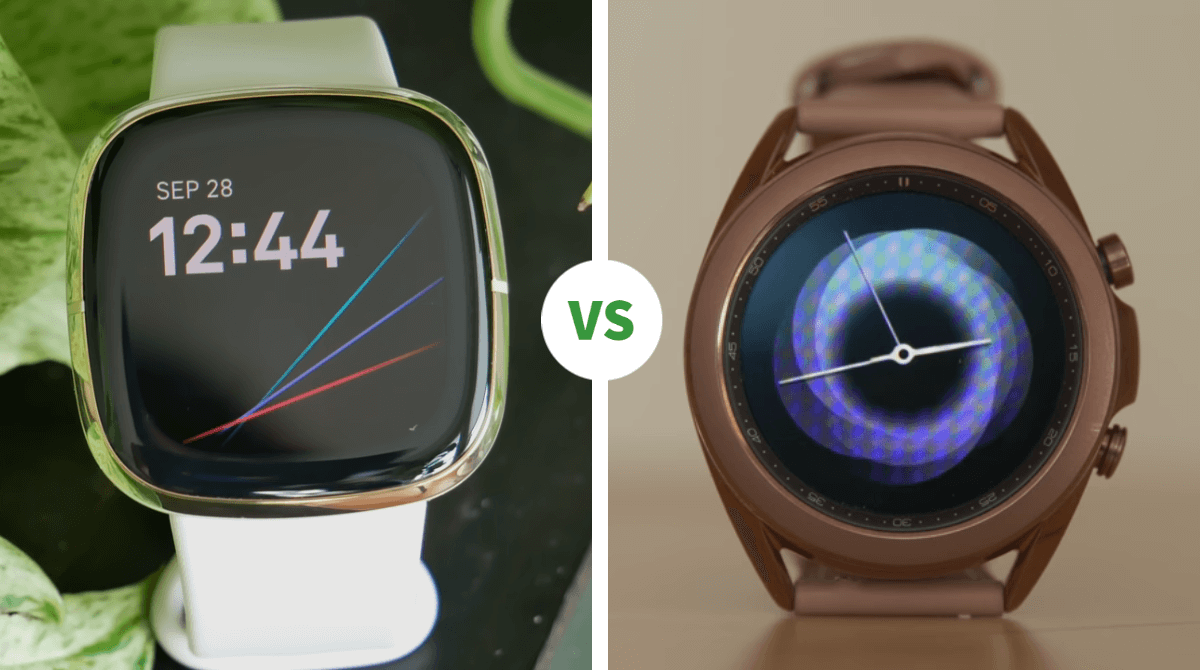 We have already talked about both on several occasions. Now we will do it again, but only about the Fitbit Sense because we will see how it compares to the Galaxy Watch 3, the most advanced Samsung smartwatch of the moment, in this new comparison.

We are facing two extremely different smartwatches on an aesthetic level. This leaves us with a square format on the Fitbit Sense side and a circular one, on the Samsung Galaxy Watch 3 side. The first is an ideal option for sports occasions and the second for high-ranking events and situations that merit something—a little more elegant. Even so, both adapt very well to any circumstance, due to their extensive repertoires of functions. 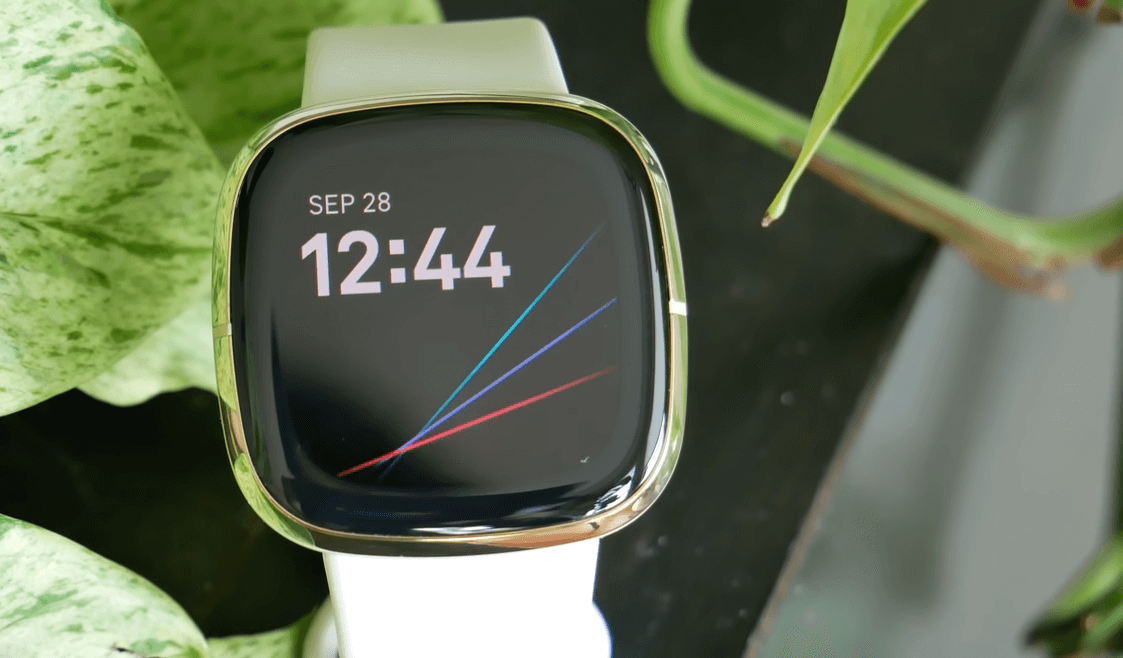 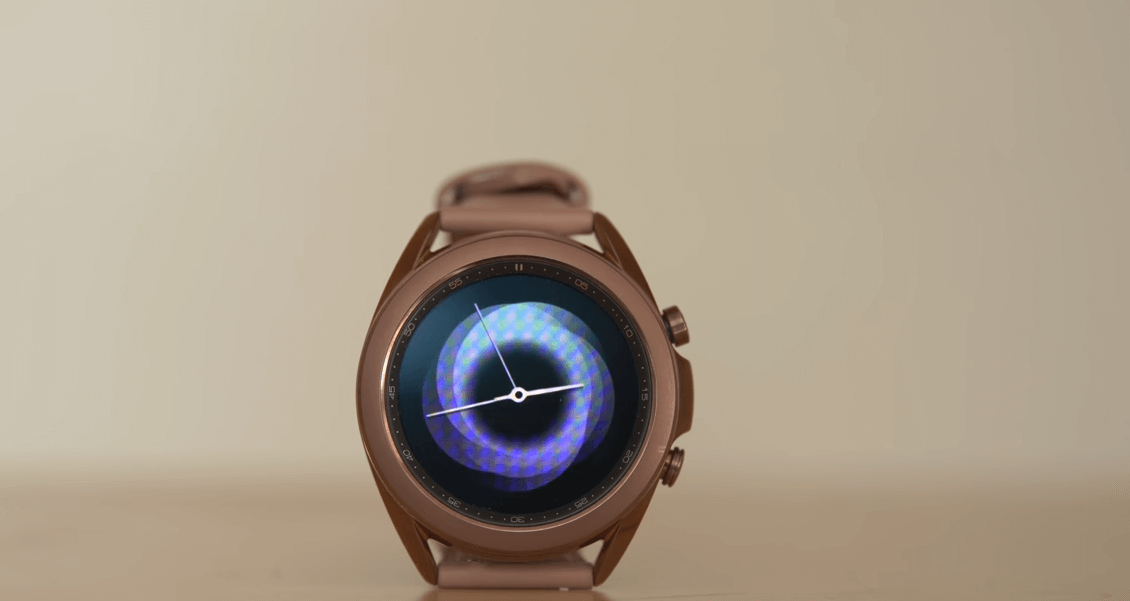 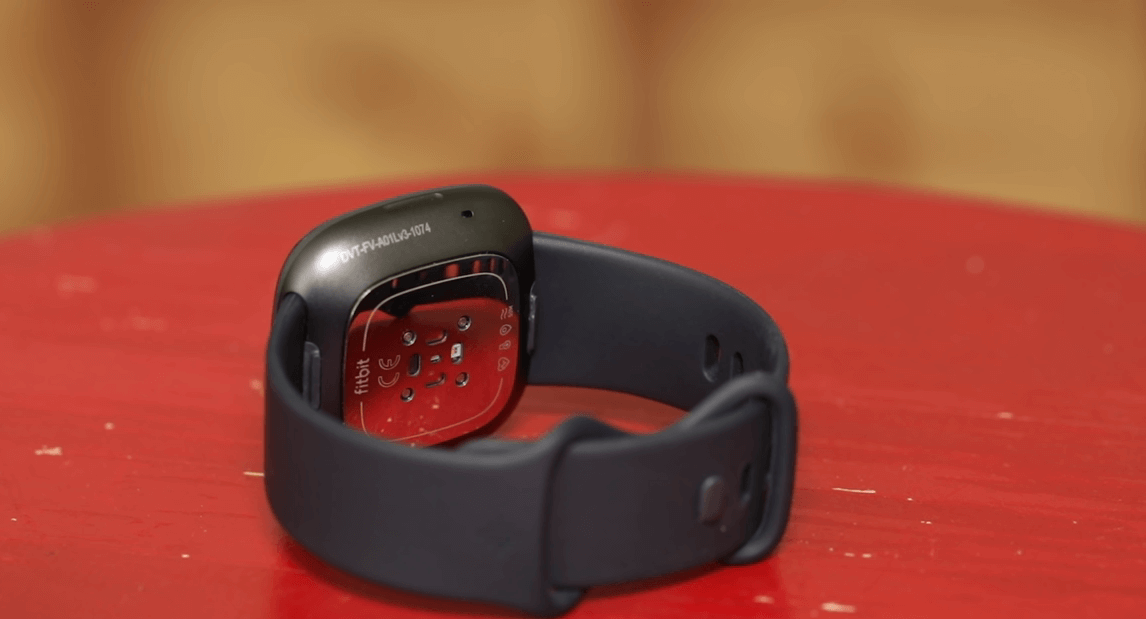 The screens of these watches are AMOLED technology, so they have good image sharpness and are in full color, as well as tactile. In the case of the Sense, there is a diagonal of 1.58 inches, while in the Galaxy Watch 3 it is 1.4 inches for the 45 mm version and 1.2 inches for the 41 mm version. These panels are covered with scratch and shock-resistant glass.

In terms of internal storage space, the Galaxy Watch 3 is notably superior, as it has 8 GB of ROM available for music, apps, and files of all kinds. The Fitbit Sense barely has an internal memory that can store training and progress data. Therefore, the Samsung watch has independent music playback, while the Fitbit only has music control.

As for the connectivity options, both the one and the other are quite complete, but the Galaxy Watch 3 is more so, and by far. The Fitbit Sense comes with built-in GPS, GLONASS, Bluetooth 5.0, and Wi-Fi 802.11 b / g / n. The Galaxy Watch 3, meanwhile, also comes with what has already been described and, in addition, A-GPS, GALILEO, BDS, and support for 2G, 3G, and 4G LTE networks, which is why it is possible to make calls and connect to the Internet at through this smartwatch, among other things. Both also have NFC connectivity for making contactless payments with Fitbit Pay in Sense and Samsung Pay in the case of the Galaxy Watch 3.

Concerning activity and sports tracking, there is also a lot to talk about. For starters, they come with sensors like an accelerometer, gyroscope, blood oxygen saturation (SpO2) monitor, and ambient light. These smartwatches can also measure heart rate, although the Galaxy Watch 3 is more accurate in this regard as it features an electrocardiogram (ECG) sensor. There is a fall detection feature, but only available on the Galaxy Watch 3.

The health and activity functions they offer include stress measurement, calorie counter, distance traveled, steps taken, and sleep quality monitoring, among many others. They are also capable of tracking different sports such as Running and Swimming. 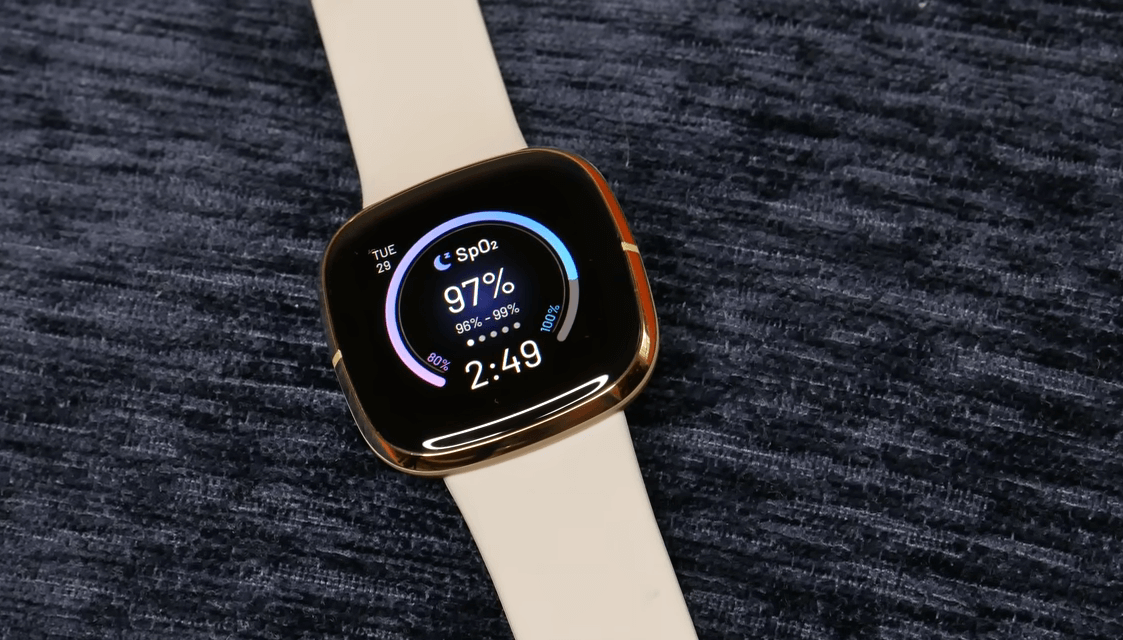 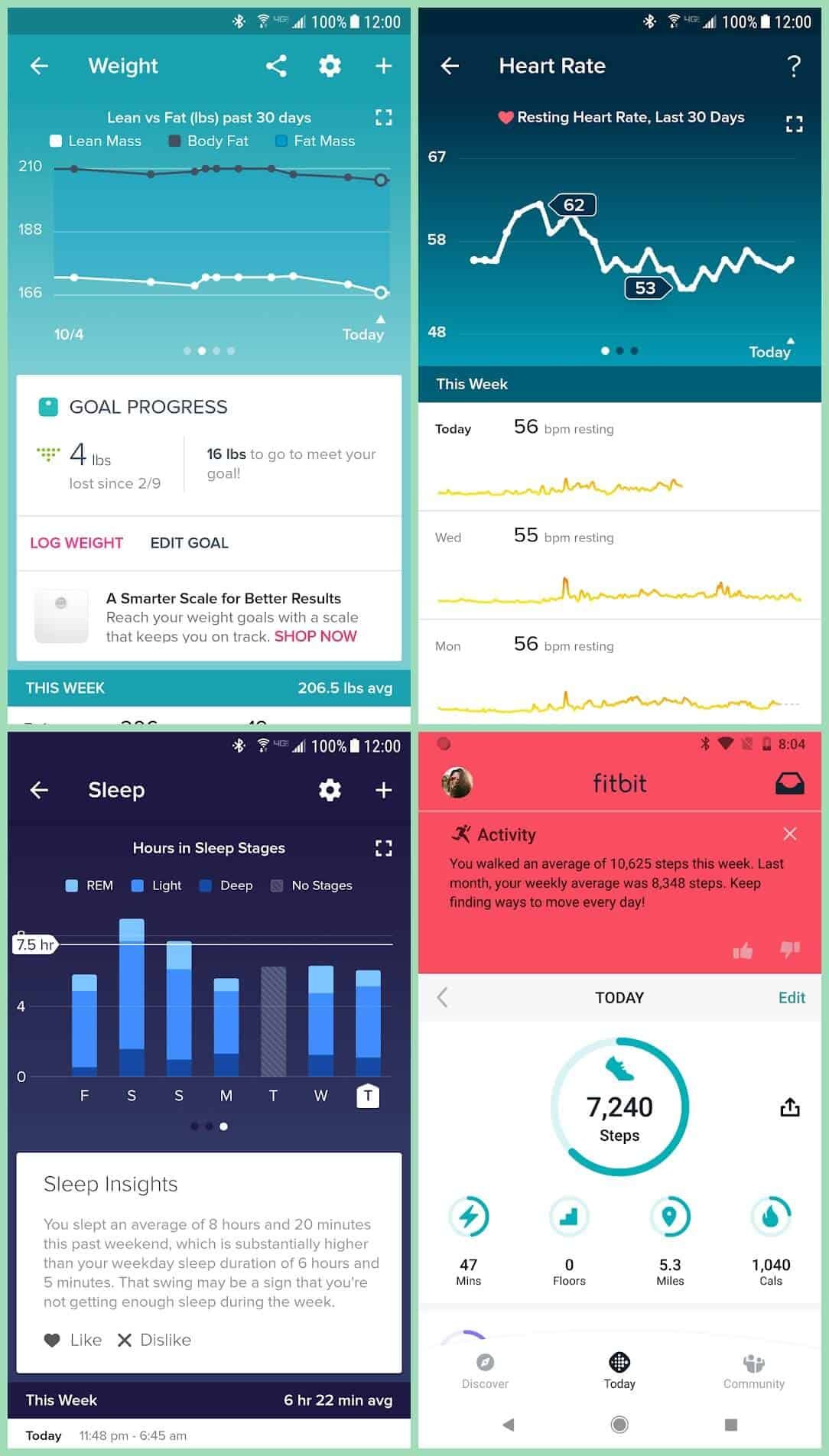 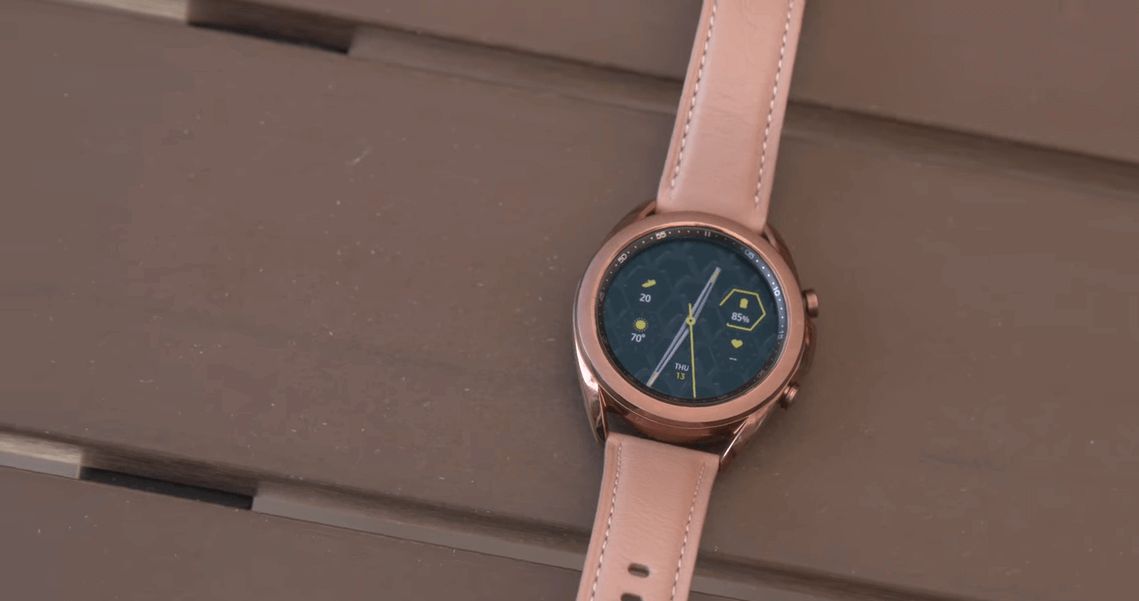 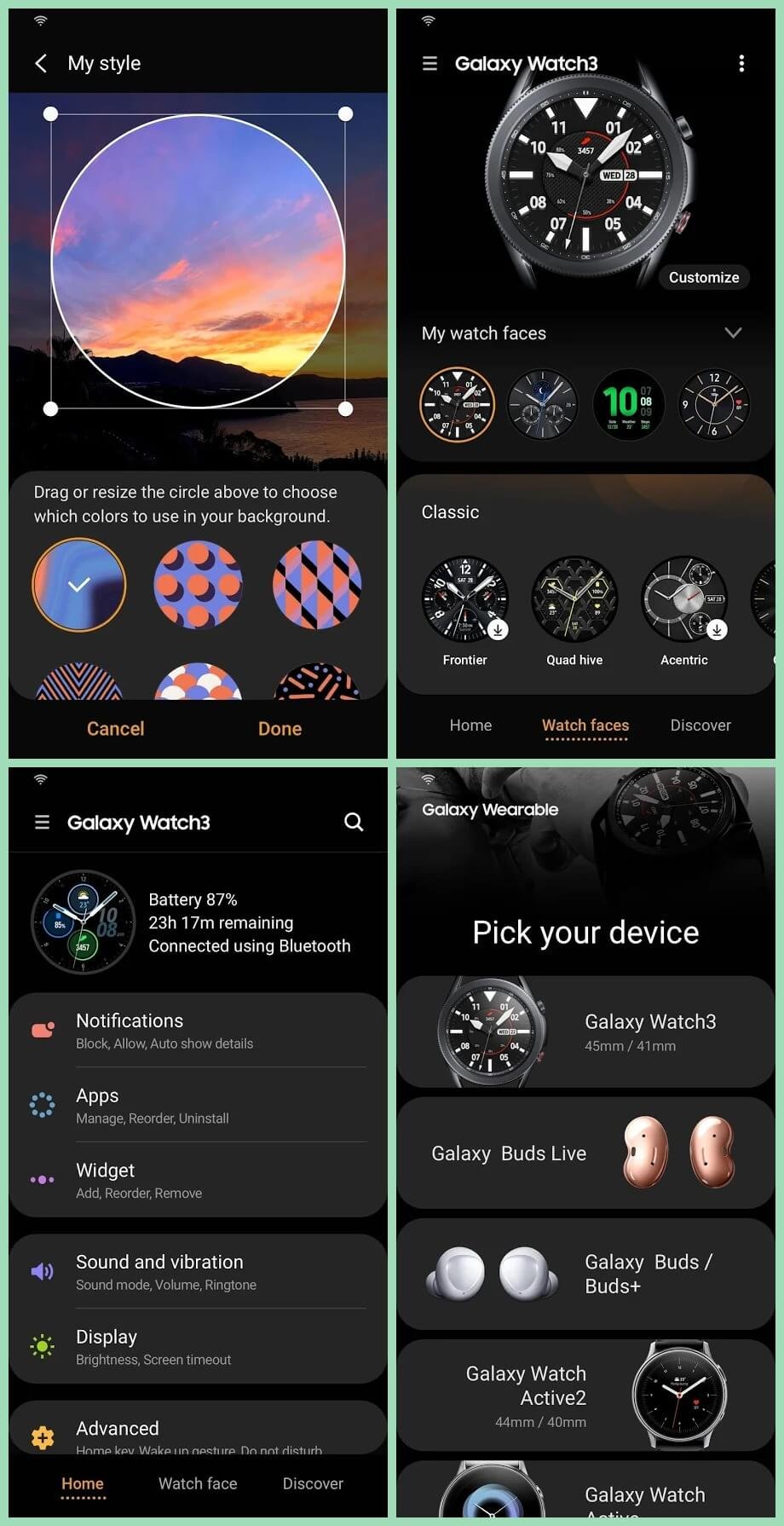 Other features include water resistance (5 ATM for the Fitbit Sense and IP68 for the Galaxy Watch 3). Besides, something that Samsung’s smartwatch has and not that of Fitbit is with MIL-STD-810G military-grade resistance that certifies it against all kinds of abuse such as strong vibrations, falls from long distances, extreme temperatures, and more. Both smartwatches are compatible with Android and iOS smartphones (iPhone) and come with the assistant’s Amazon Alexa and Google Assistant (both eligible in the Fitbit Sense), and Bixby (Galaxy Watch 3).

On the subject of battery, both offer a standard but good duration. The Fitbit Sense can stay awake for up to 6 days, while the Galaxy Watch 3 for up to 7 days; these data apply for average use.

Currently, on Amazon, the Fitbit Sense can be found with a price of about 320 euros, which is 100 euros less for which the Galaxy Watch 3 of 45 mm is on sale. These prices are the ones that also average on other sales platforms.

Samsung’s Galaxy Watch 3 takes the crown in this comparison as the best smartwatch. However, the Fitbit Sense is not a smartwatch that you should not take into account that; In fact, it may be the opposite and, more than the Samsung smartwatch, it suits you, because there are points such as voice assistants that have a lot of influence, and those that the Fitbit Sense offers, which are Amazon’s Alexa and Google Assistant. They are one of the most used, even above Samsung’s Bixby.

In terms of price, the Fitbit Sense is better, but this is because it offers less. The Galaxy Watch 3, being more complete in every way, boasts more demanding users. 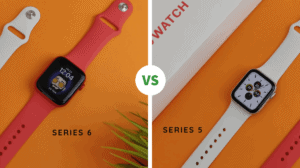 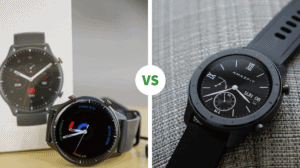 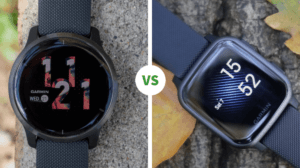 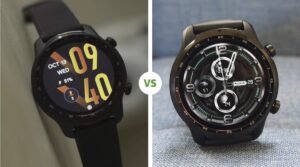