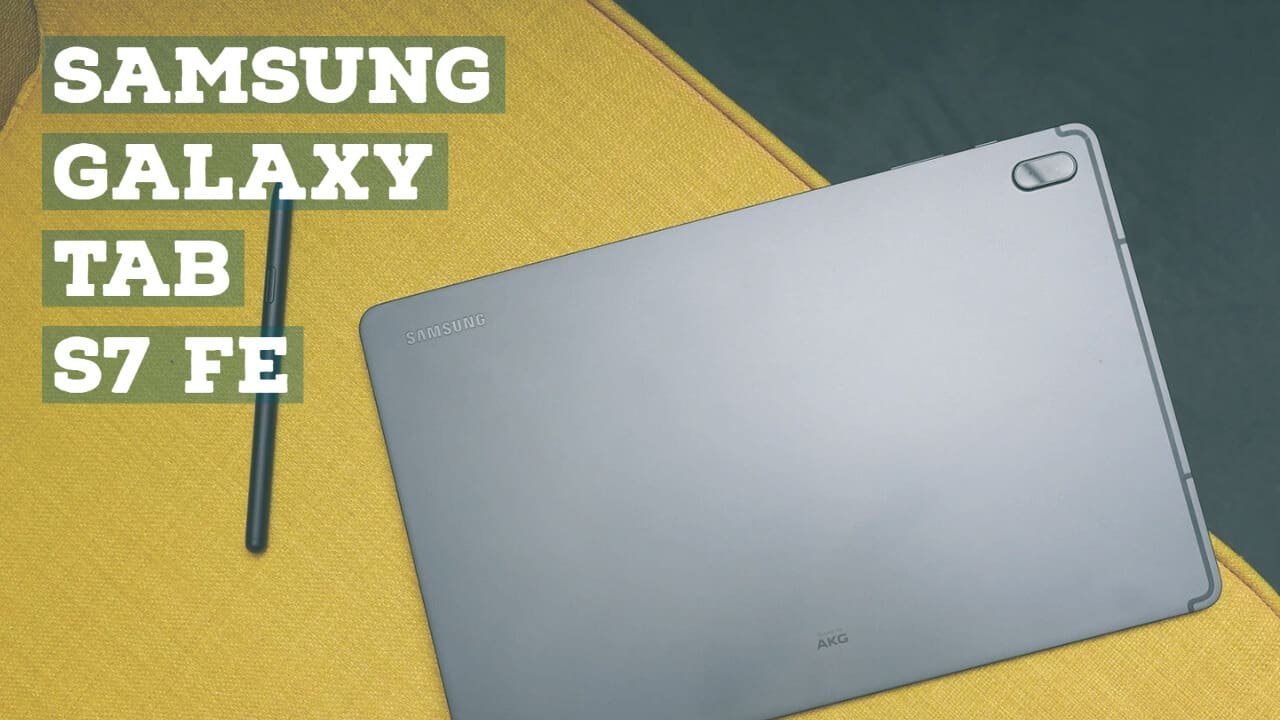 Samsung has two series of tablets – Galaxy Tab A and Galaxy Tab S. The former are affordable devices for anyone who wants a simple tablet with no frills. The latter are powerful multimedia flagships with a digital pen S Pen, which for many are becoming a full-fledged replacement for a work computer.

The new Samsung Galaxy Tab S7 FE is a special fan version. In it, at the request of fans, only everything you need is collected. On the one hand, the Samsung Galaxy Tab S7 FE is simpler than the top models and the flagship “filling”, which many do not need, is not here. But there are other royal features – a huge 12.4-inch screen, adequate performance, stereo speakers. And most importantly, the S Pen, which turns the tablet into an album for writing and drawing. We tell you about the new product in detail.

Samsung Galaxy Tab S7 FE is thin, light, nice. The speakers are well-positioned – if you hold the tablet horizontally, they remain open. On the top, there is a magnetic zone to which the S Pen is attached. It keeps well, but in general, for every day and harmonious carrying of a tablet with a pen, you need to use a proprietary case – it has a special recess for the S Pen. 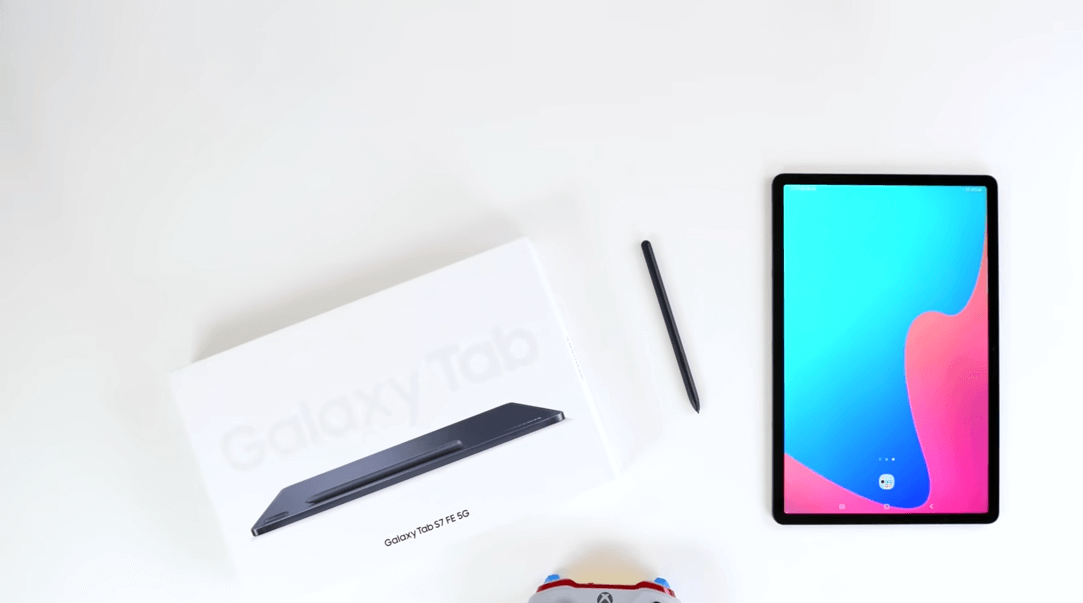 The digital S Pen is, of course, full-sized. Like a normal pen. And therefore, unlike the S Pen, bundled with smartphones of the Galaxy Note series, it is very convenient. In addition to the classic black and silver, the Samsung Galaxy Tab S7 FE is available in pink and green.

Unlike the older and more expensive Tab S7 with AMOLED, the S7 FE has a simpler screen. It has a high resolution of 2560 × 1600 pixels, a refresh rate of 60 Hz, and a 16:10 ratio. But this is TFT-IPS, so the black is not that black. However, not everyone is sitting in the dark and comparing the glow of the backlight. 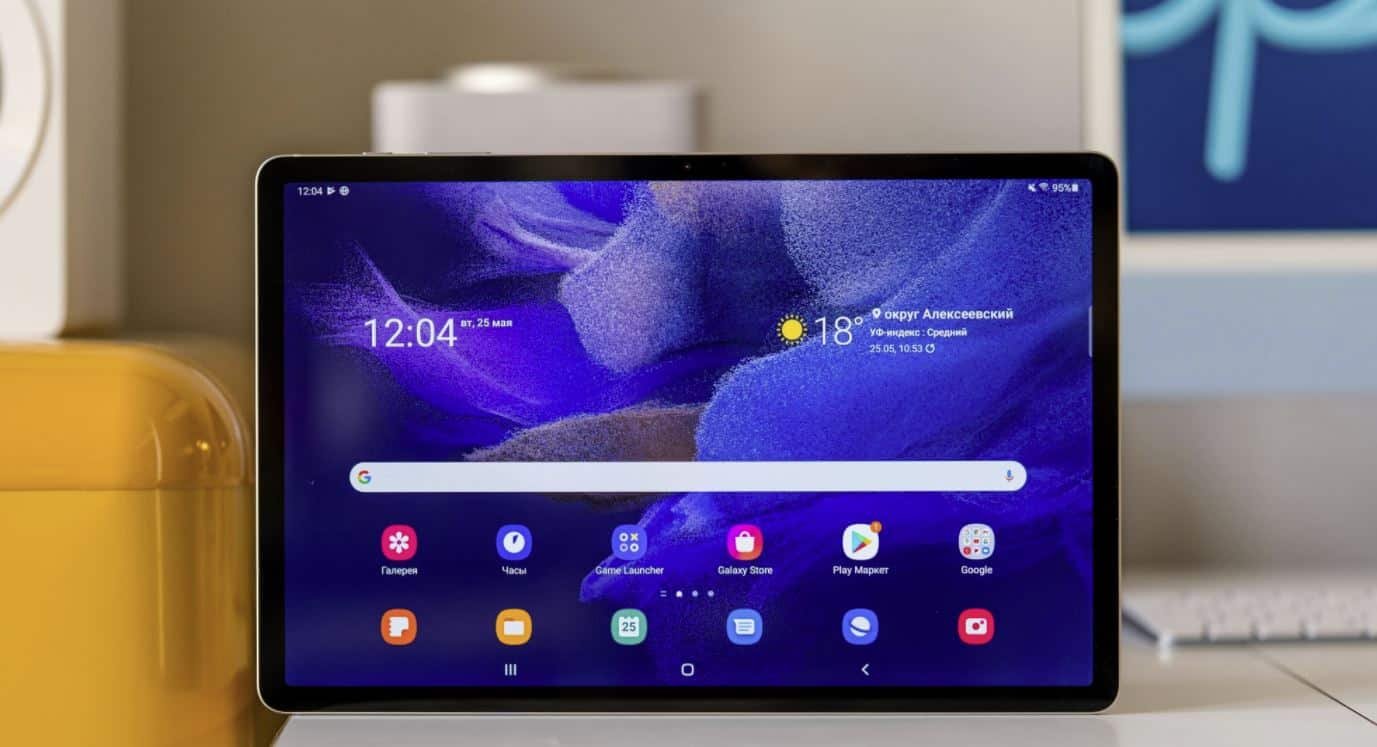 Diagonal 12.4 inches – just such a screen should have a tablet to work actually to replace a laptop. Full HD resolution and that’s enough – the image is clear, fonts and lines are smooth, pixels are not visible. IPS matrix. And even if it is not as bright as AMOLED, it is somehow “softer” and more pleasant to the eye. Especially if you look at the screen for a long time from morning to evening or from evening to morning. There is no image-enhancing technology here – neither increased refresh rate nor HDR10 +. Everything is simple and, at the same time dignified, no-frills.

The tablet’s front panel has not changed visually; the same symmetrical frames, excluding false presses, a light sensor is hidden in the upper bezel of the display. Unfortunately, biometric authentication is still carried out in the face, not ideal from a security standpoint, so you have to develop a password. 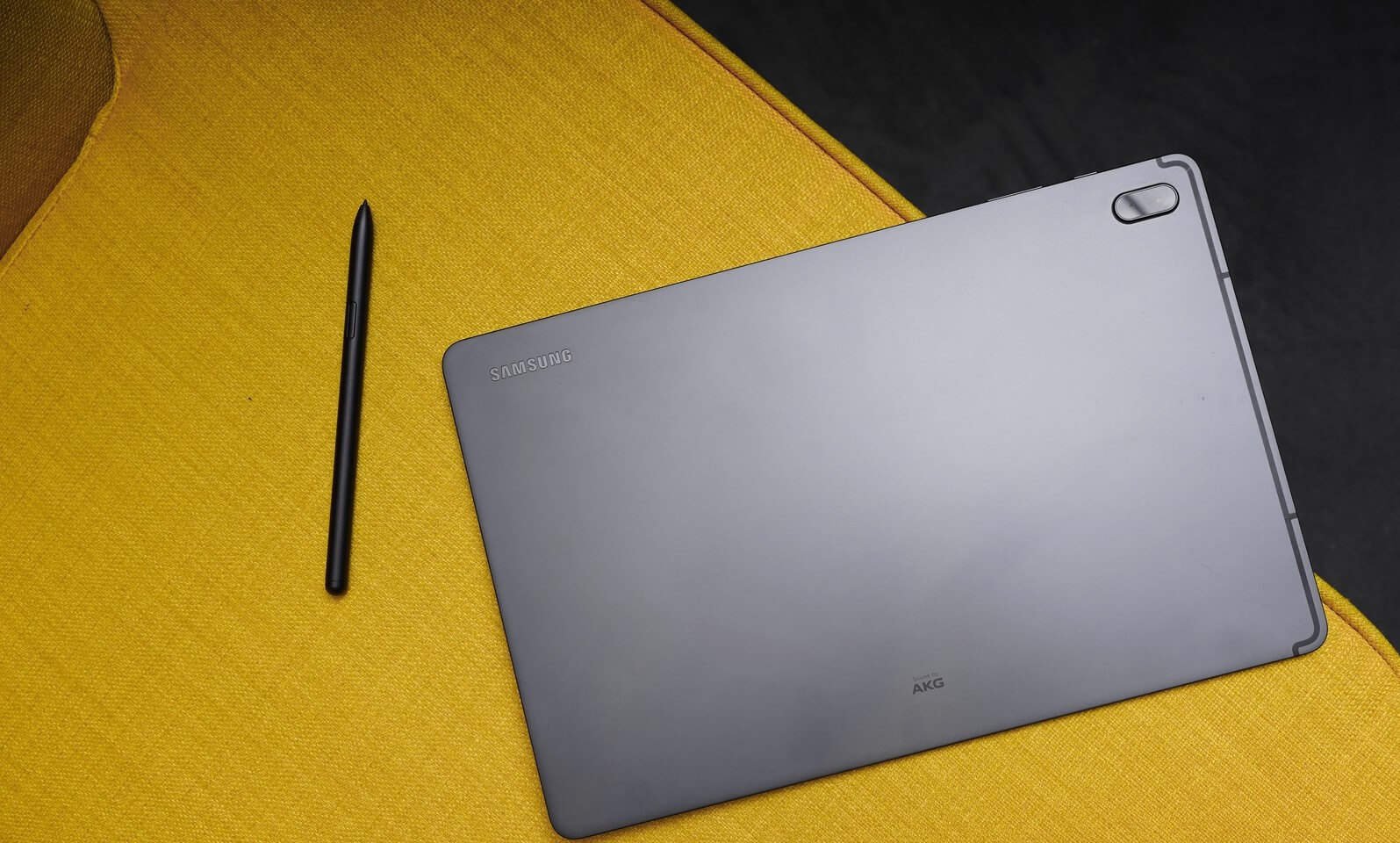 The back of the tablet is protected by brushed metal with plastic inserts for the antennas. They are located closer to the top end; here are the slots for the microphone and one of the stereo speakers. The second speaker is at the bottom, next to the Type-C connector with DisplayPort support for outputting media to the big screen. The camera protrusion slightly dilutes the monotonous metal; it is small, for such a thin case, the result is sane.

There is no jack for wired headphones, although their fans still exist and do not want to “cut the wire” into any. So for such scenarios, you can try an adapter or choose situations where you can use a standard audio system. Of course, it is high time to accept the transition to wireless technologies for a good reason. 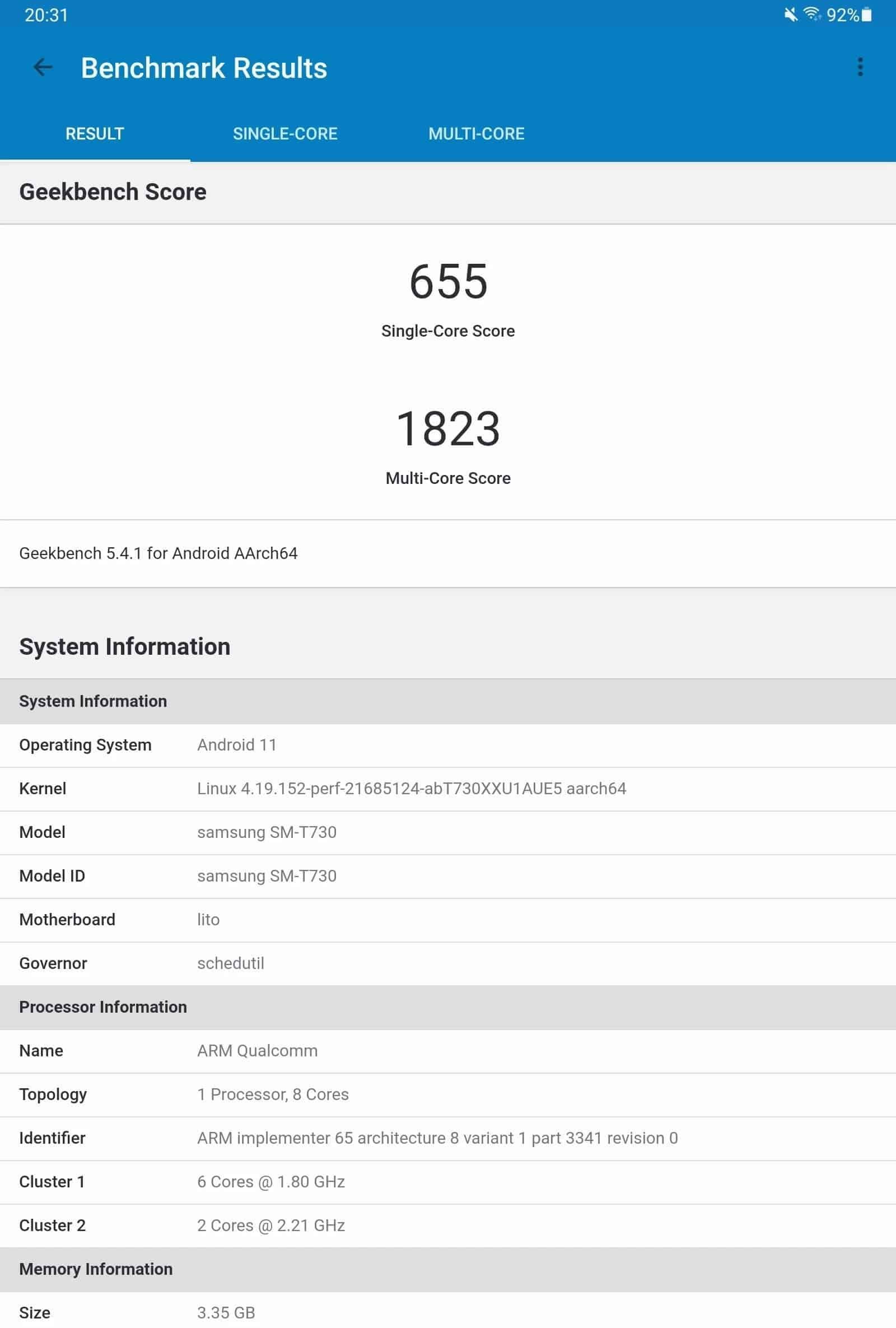 In terms of the hardware base, the Samsung Galaxy Tab S7 FE is not a flagship. Instead, there’s a Qualcomm Snapdragon 750G mid-range processor here. And this was a surprise because the “fan version” among smartphones Samsung Galaxy S20 FE still retained the flagship “stuffing.” Although, if you think about it, everything is logical. There are increased demands on the performance of smartphones from gamers because they need to play PUBG and Genshin Impact. But tablets are not so interesting for gamers.

For the same reason, the Samsung Galaxy Tab S7 FE only has 4/6 GB of RAM. Nevertheless, we did not feel the lack of resources in normal use, including demanding games, even with 4 GB of “RAM.” The tablet runs smoothly and quickly. The multi-window mode does not slow it down; PUBG runs on high graphics settings. More is not necessary.

But the built-in memory of the 4 GB version is not enough – only 64 GB, of which 45 GB will be available to you. And they will end very quickly. Therefore, a microSD card in addition to the Samsung Galaxy Tab S7 FE is a must. On the other hand, the 6GB version of the Samsung Galaxy Tab S7 FE has twice the internal memory – a different matter entirely.

Do you know people who take photos and videos on a tablet? Here we are not. Therefore, we are not surprised that the Samsung Galaxy Tab S7 FE camera was installed practical, with a resolution of 8 MP.

The front-facing 5MP is also straightforward. It is enough for video calls, but you are unlikely to take a selfie on it. 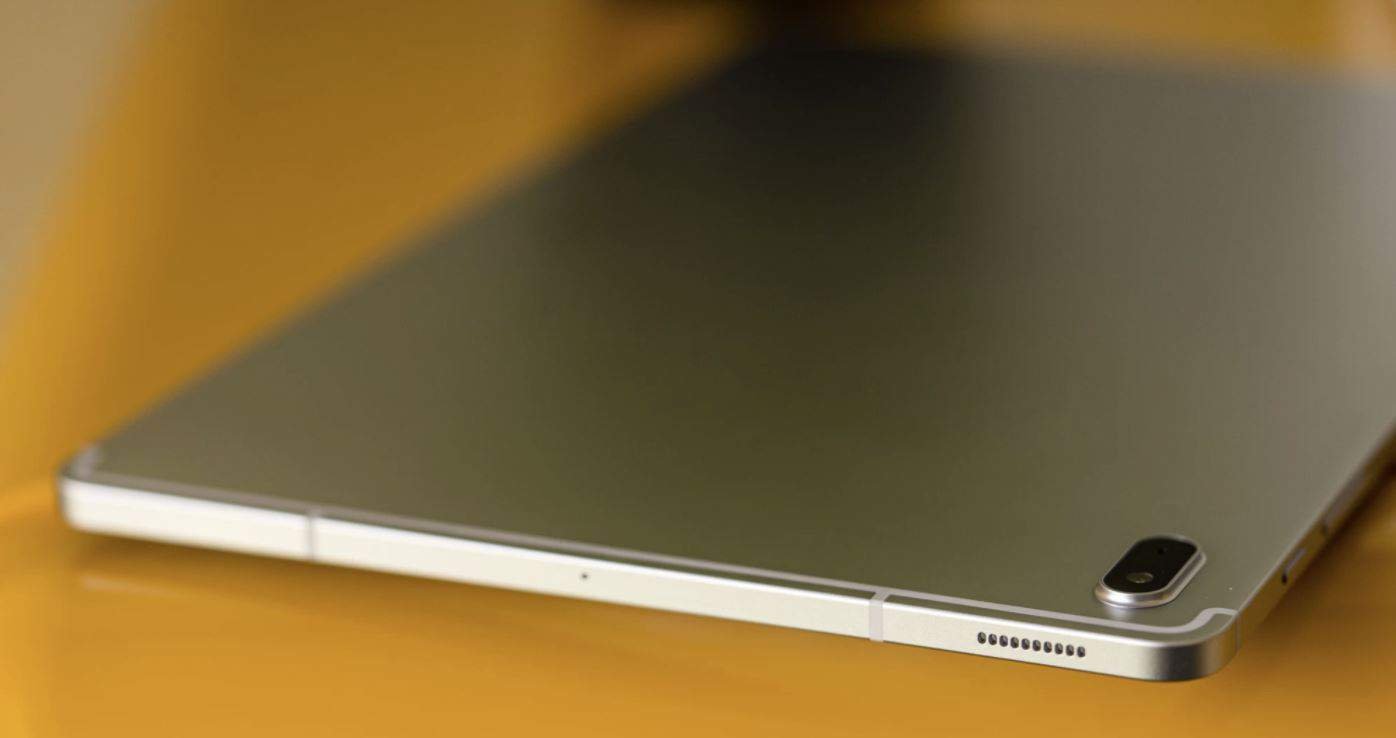 The camera software is simple to use; there are several additional shooting modes. There are questions about the quality of the images. Still, the camera modules themselves do not shine with top-end characteristics, and the scenario of photographing on tablets itself does not seem to be frequent and popular. 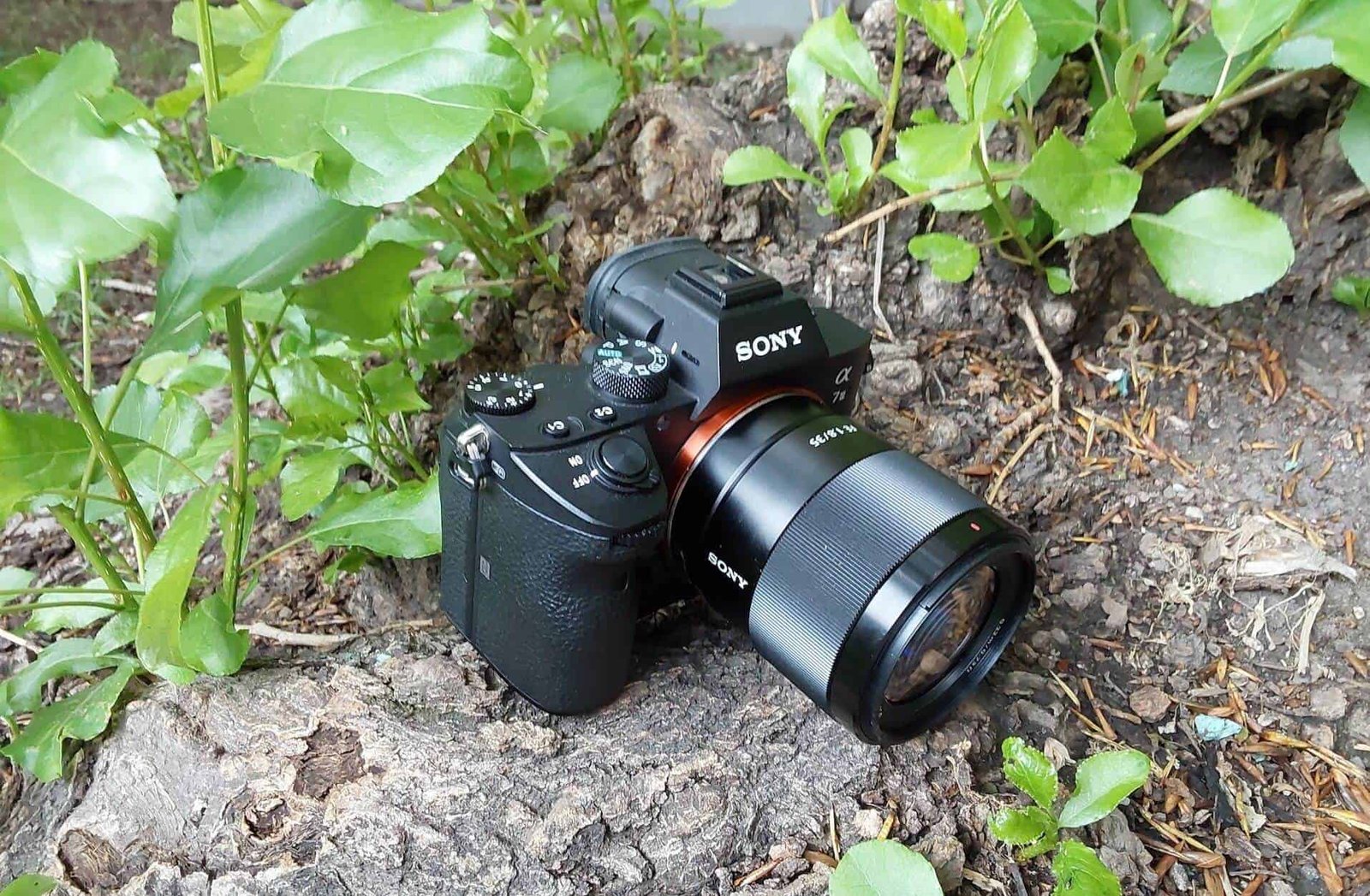 Video communication – yes, but no more, the front camera would probably be enough. Without the main module, the backside would look more solid. Should praise the company for the location of the front camera – it is not on the top but on the right, which means that when used horizontally during a video call, you will look not to the side but the center of the screen. 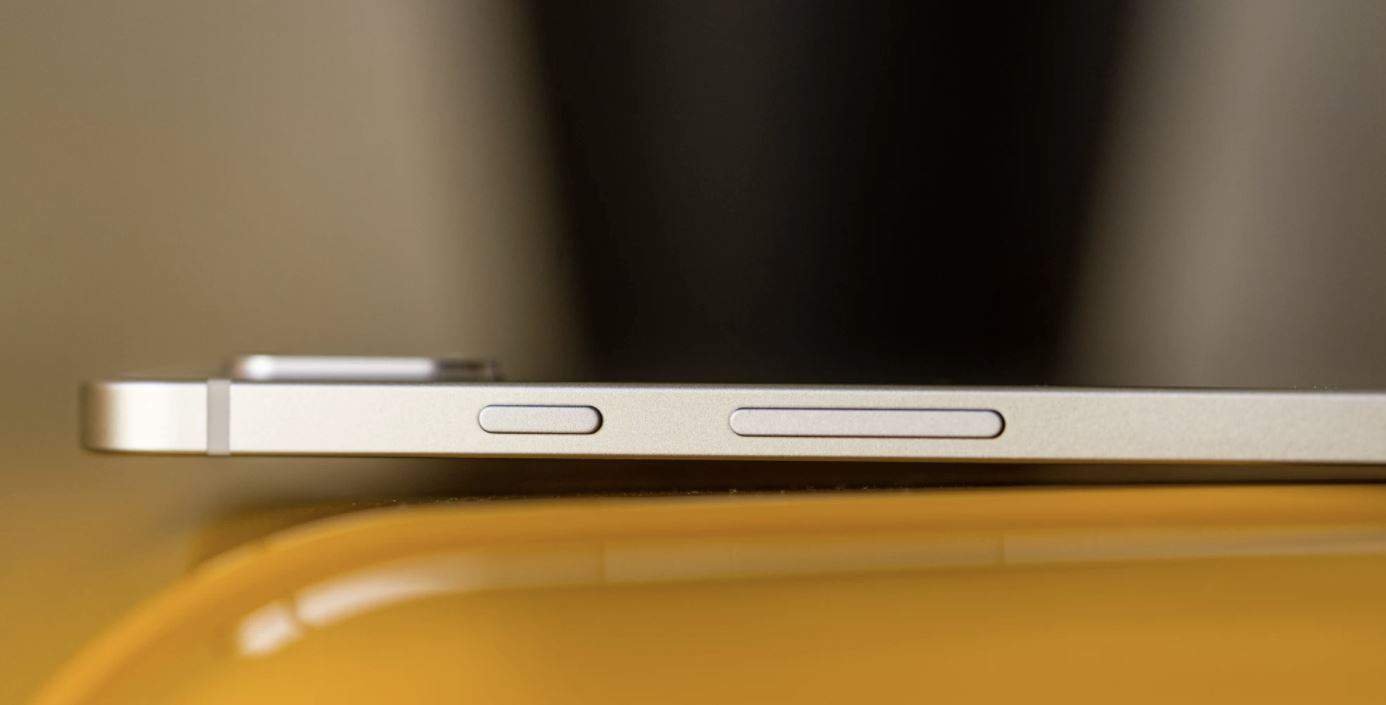 On the sides are stereo speakers, they play nicely: support for Dolby Atmos, AKG specialists helped set up. The quality is excellent; the tablet plays music loudly, not too high quality to replace a separate small speaker, but just right for watching videos.

The battery in the tablet is just what you need: Samsung claims up to 13 hours of playtime in 720p video playback. We set the brightness to an average level and launched a YouTube video in maximum quality – in this mode, the tablet sat down by 8-9% in an hour, pretty well. One charge is enough for three or even four days if you use the device at home in the evenings to watch videos or read.

Tablet with a slot for a nanoSIM card, Wi-Fi 802.11 ac, and Bluetooth 5.0 are supported, GPS with GLONASS is also supported if you decide to use the device for navigation.

The tablet is equipped with an S Pen. It’s cool that it is included in the basic package, and you don’t need to pay separately for it. You can draw, write by hand, add comments, cut and paste texts, navigate menus – all this has long been familiar from Samsung devices.

The stylus is magnetized to the body, keeps tight, and will not fall off accidentally. And yes, the stylus does not need to be charged – as long as it is magnetized to the body, it recharges automatically. Naturally, the S Pen is connected via Bluetooth; the response is fast and without lag. When you draw or write, you get the impression that you have an ordinary pen in your hand; this is a pleasant feeling.

You can appreciate the advantages of the stylus in the Samsung Notes application: you make a handwritten note and then send it with a picture or a Word file.

That’s why we love the Samsung Galaxy Tab S7 FE: it’s a cool replacement for a work laptop. The large screen, S Pen and advanced multitasking capabilities, the DeX interface – all this allows you to grab the Samsung Galaxy Tab S7 FE and start doing your business. At the same time, Samsung does not force an ordinary user to overpay for technological goodies that he does not need.