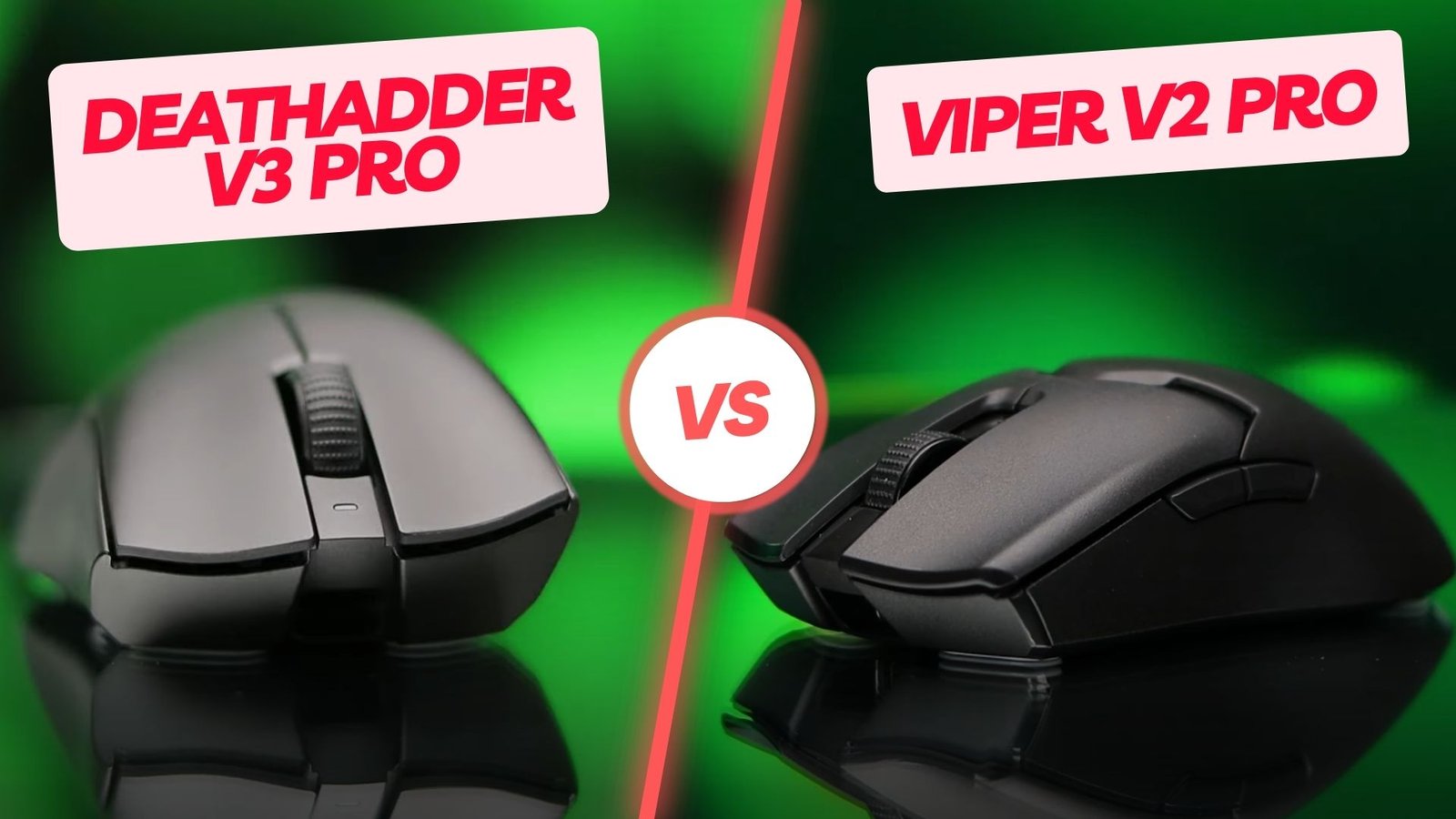 Razer’s most famous mouse is the DeathAdder. A new V3 Pro version improves almost everything. reduced weight, a new shape, and top performance.

Its optical sensor, the Focus Pro 30K, ignores RGB lighting and is wireless, but no longer Bluetooth. It competes with many ultralight models we’ve tested at $150.

Both Mouse experiences are fundamentally similar. If you blink, you might not be able to tell which Mouse you’re looking at because their design aesthetics are so similar, especially since they’re both white, but they also have griptape. They both support USBC charging. Each has 5 programmable buttons.

Both mice might be debatable. If you’re a fan of Razer, the Viper ultimate, which was released before the V2 Pro, had a dock where you could charge the mouse when it wasn’t in use. The buttons were ambidextrous. You no longer have that, but you do now have a USB-C connection and ergonomic upgrades. The DeathAdder V3 Pro’s ergonomics are more appealing because they push up into the Palm and sit higher off the desk.

These comparisons also apply to the Viper because the Death Adder is slightly larger. It has less aggressive angles than the original Death Adder and the buttons on the side protrude more. The Viper sits slightly lower on the desk and is slightly more slender, whereas the Adder is larger and pushes into your palm a little bit nicer.

The Razer DeathAdder V3 Pro is a very light mouse weighing only 64 grams, which is quite remarkable given that the previous generation wired model weighed 82 grams. It also has dimensions of 128 x 68 x 44 mm and is made of plastic with a slightly rough finish that is very pleasant to the touch, and is aimed at right-handed users. It is, of course, surprising that there is no lighting, not even in the Razer logo.

The main buttons use Razer Optical Mouse Switches Gen-3, which are up to three times faster than mechanical ones and last 90 million keystrokes. Its shells feel great and are 40% more durable than Omron classics. The usual rubberized wheel with a sensational touch, slightly marking each turning position for precision and speed, is larger than usual.

The left margin has two side buttons like any modern mouse, while the right has a large vertical drop. We can use the grips from the accessories, but it grips well without them.

The USB-C connector, unlike previous generations, works with any cable. Since it has low-latency Razer HyperSpeed Wireless (2.4 GHz) connectivity, we’ll use this to charge its battery. Its battery lasts 90 hours, so we won’t have to connect it often.

The Razer DeathAdder V3 Pro base has four Teflon sliders that glide smoothly on any surface, including one around the sensor. The Razer Focus Pro optical sensor with up to 30,000 DPIs and 750 IPS and 70G tracking is the biggest change. It also lets us select our software-configured profiles. 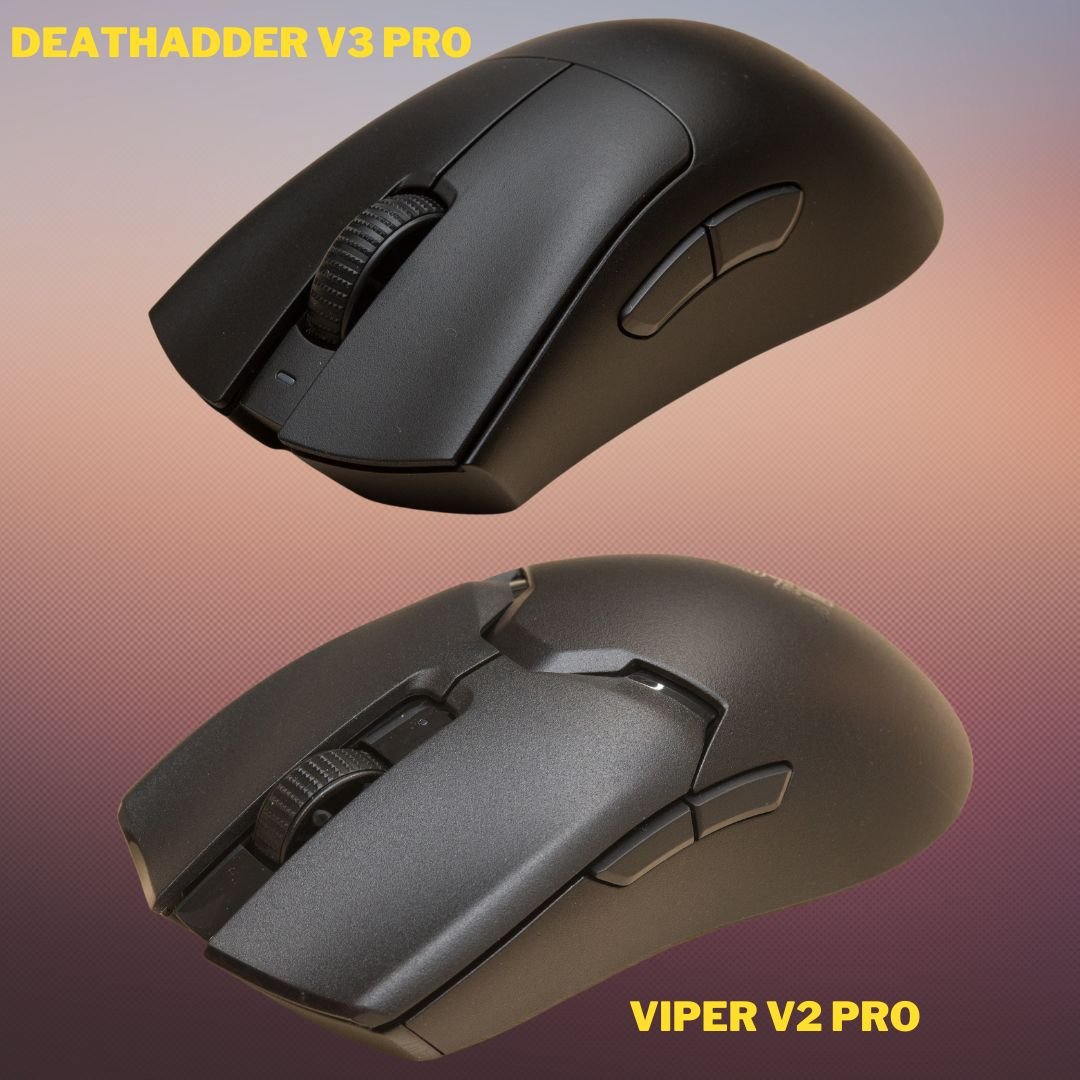 Razer Viper V2 Pro is a mouse with a rough finish that feels great to touch and measures 126.7 x 57.6 x 37.8 mm. Its weight of 58 grams. To make it the lightest mouse in his class, the plastic of the buttons was lightened, the stock grips were removed, the right-side buttons that made it ambidextrous were removed, the RGB lighting was removed, and other minor changes were made.

Razer Optical Mouse Switches Gen-3, a new version with 90 million clicks, feel great on the main buttons. These have a mechanical click and 0.2ms light activation. The rubberized wheel has a rough touch and precise turning.

For the reasons mentioned, the right side has no grip or originals, but the left side has the usual pair of fully configurable side buttons.

We won’t use the front-facing USB-C connector to recharge the battery, which lasts up to 80 hours. HyperSpeed, a proprietary 2.4 GHz wireless version, provides latency-free synchronisation.  A brand device lacks lighting. Everything is to reduce weight.

The Razer Viper V2 Pro base has three Teflon sliders for smooth movement on any surface and a circular one around the new Razer Focus Pro 30K optical sensor with 30,000 DPIs. The most advanced on the market, this can track 750 IPS and 70G. We also have a button to change DPI mode and turn it off, though it is suspended when not in use. 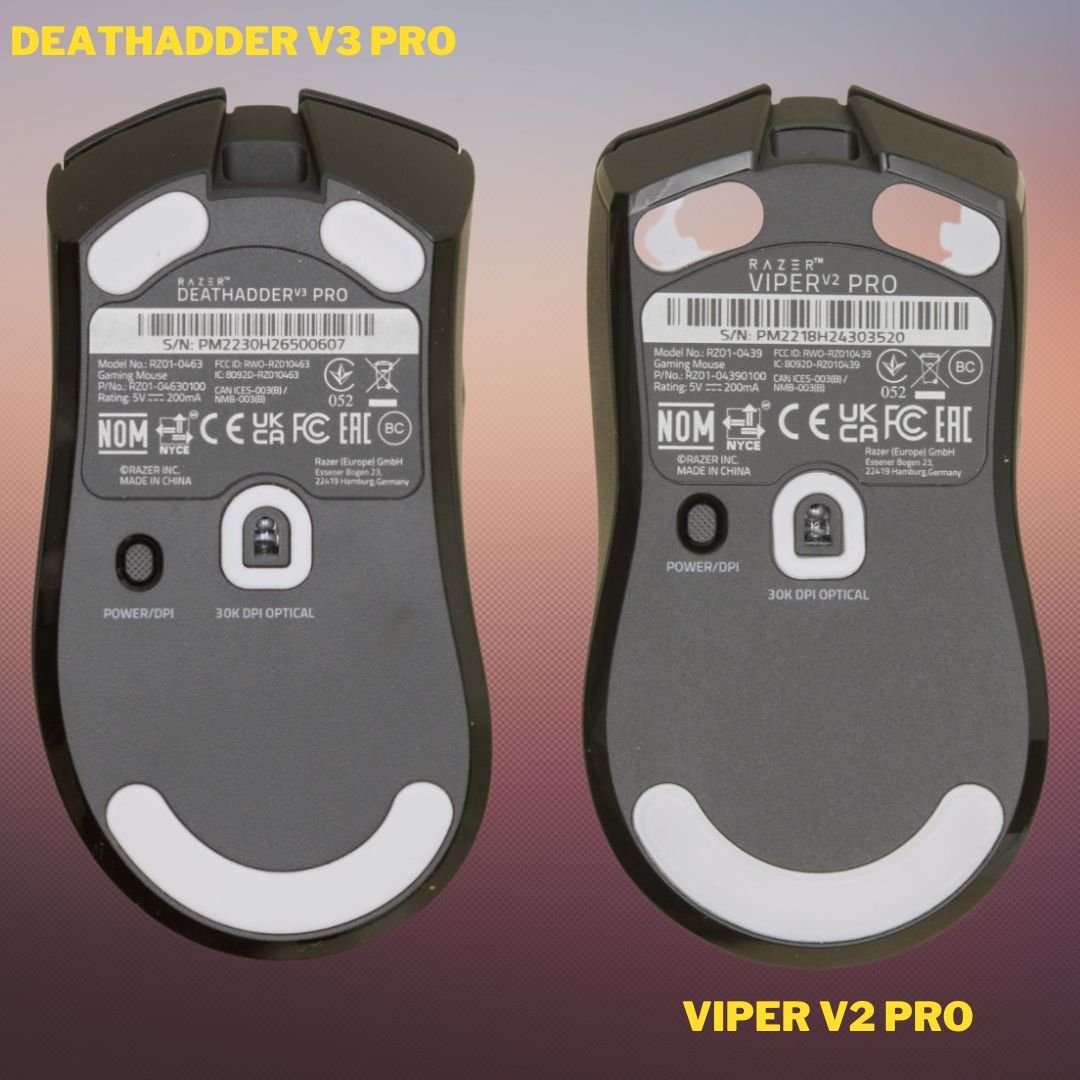 We used the Razer DeathAdder V3 Pro for hours of office automation and gaming, and its ergonomics were just as good as the original model, which sold over 10 million units worldwide. Its dimensions and proportions make it ideal for any grip, including those with large hands, and the main buttons provide a sensational touch because they are optically activated but mechanically touch and sound.

Because of its light weight and Teflon legs, its sensor is precise and responsive, allowing it to move quickly when sliding.

When it comes to the Razer Viper V2 Pro for hours of office and gaming work and found the ergonomics to be good, despite being slightly narrower than other models in the family. Claw or palm grips are suitable for both large and small hands.

The buttons, wheel, and mouse feel great because the rough surface provides a good grip. Because the DPI change button is on the bottom, it is more difficult to change, which is good for professionals who will not change it accidentally or for those who leave it fixed but less practical for those who change it frequently.

The sensor on the Focus Pro 30K, which is theoretically the most important part of a mouse, performs admirably. We’ll now look at some marketing figures that demonstrate its accuracy. Nothing has jumped, accelerated, or disconnected from the wireless network.

Although the mouse is fully functional without the need for software, by installing Razer Synapse, we can maximise its capabilities.

The Razer DeathAdder V3 Pro and Viper V2 Pro are high-end wireless gaming mice. They measure the same and perform similarly, but their shapes differ. Right-handed DeathAdders are best for palm or claw grips and larger hands. However, the symmetrical Viper V2 Pro is best for a wider range of hand sizes using a claw or fingertip grip. 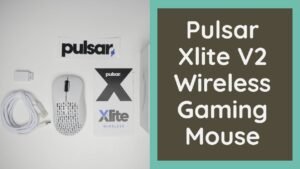 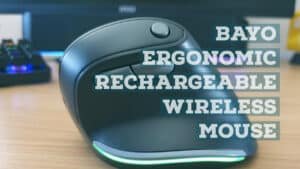 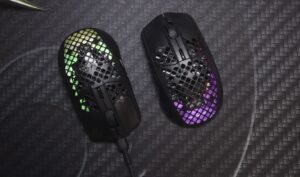 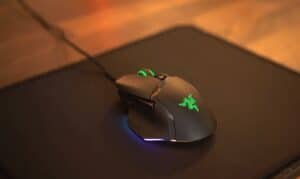 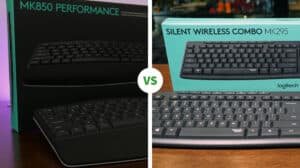