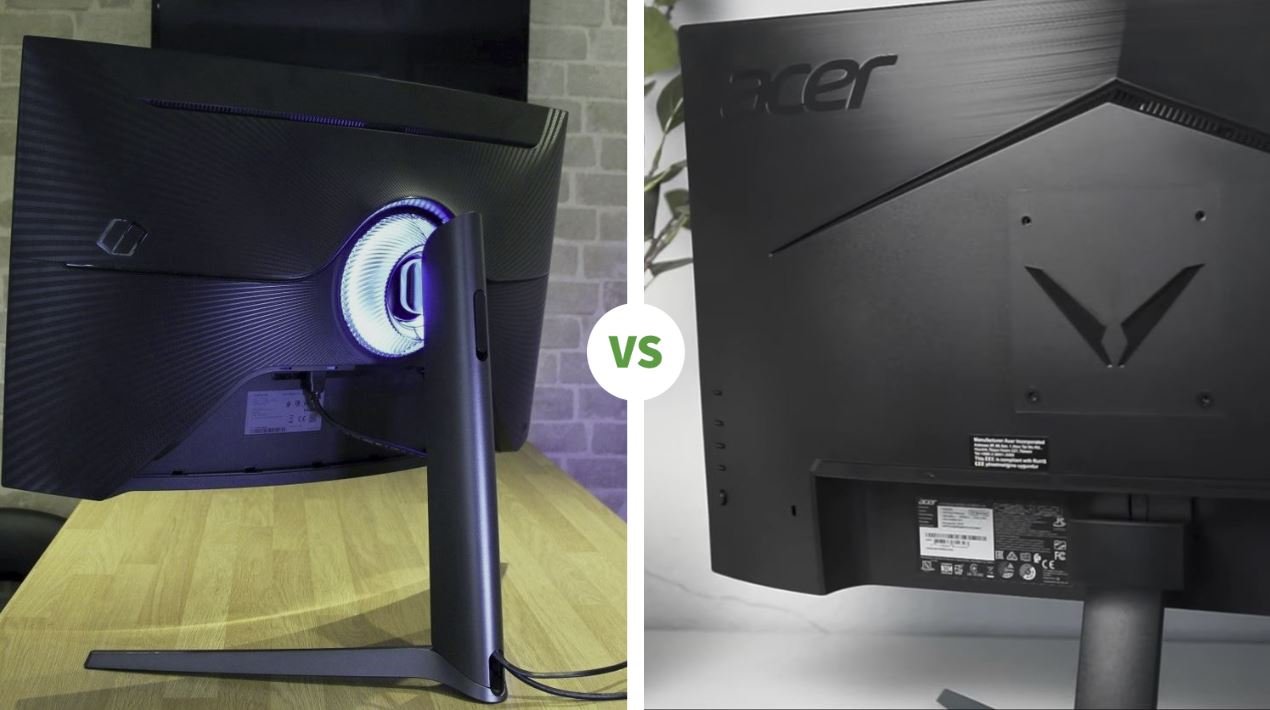 Samsung in the Odyssey line offers models with a substantial curvature radius of 1,000 mm, which has a positive effect on the immersion depth. In addition, we note support for a refresh rate of 240 Hz, G-Sync Compatible and a panel with quantum dots. Let’s see how the Samsung Odyssey G7 27 performs in practice.

Usually, when you mention the Samsung Odyssey line, you immediately imagine the flagship 49-inch G9 model, which has already been in our test lab. But there are other models in the Odyssey line, including the G7, that may interest the gamer. Yet not everyone has the budget and desktop space for a 49″ XXL monitor.

The Samsung Odyssey G7 27 is already a less expensive 27″ monitor with a VA panel and a WQHD resolution that fits nicely in that diagonal without being as demanding on the graphics card as UHD or the 49″ panel’s native resolution of 5.120 x 1.440 pixels. As in the case of the flagship models, there is an extreme curvature with a radius of 1.000 mm. It will be interesting to see how it affects everyday scenarios, but the 16:9 panel format is not too wide.

Other features are no less impressive. The maximum refresh rate is 240Hz. In addition, FreeSync and G-Sync are supported to eliminate frame tearing effects. The monitor is certified as Compatible with the latest technology because there is no G-Sync module inside. There is a backlight ripple function, but it does not work with Sync technologies. There are other gaming features in the OSD menu as well. Note the HDR certification, with Samsung supporting the DisplayHDR 600 level.

Acer Nitro VG0 VG270UP refers to gaming solutions, as indicated by the Nitro prefix in its name and some key characteristics: a 1 ms matrix response speed (not so long ago it was unattainable for IPS panels), screen refresh rate at 144 Hz and support for AMD FreeSync technology. At the same time, the monitor is equipped with an 8-bit IPS matrix with 99% coverage of the sRGB color space, which means it boasts high color accuracy.

As for the rest of the parameters, we are dealing with a 27-inch diagonal with a maximum screen resolution of 2560×1440 pixels, a static contrast ratio of 1000:1 and a typical maximum brightness of 350 nits. The W-LED backlight operates without PWM over the entire brightness range. HDR support, even marketing support, is missing. Of the pleasant bonuses, one can also note the presence of PbP / PiP modes and a pair of built-in speakers, with a power of 2 W each.

At the time of writing, the retail price in online stores averages $450, which makes the Nitro VG270U P one of the most affordable 27-inch monitors with a fast and high-frequency IPS matrix. To ensure a similar level of prices, the manufacturer had to make several simplifications.

The Samsung Odyssey G7 C27G74TQSU delivers a sharp and detailed image that is also very bright and rich in contrast. In addition, the color reproduction of the QLED panel is neutral and natural, while the distribution of brightness across the entire screen is not remarkably homogeneous. The games appear sharp and rich in detail on the screen, but you still have a good view of the whole game.

The VA panel of the Samsung Odyssey G7 C27G74TQSU is very fast, so that at the maximum 240 Hertz, even in speedy games such as shooters, there are no input delays or image errors such as motion blur and image breaks. Flexible: The gaming monitor synchronizes with G-Sync or Freesync with Nvidia and AMD graphics cards. Overall, the Samsung Odyssey G7 C27G74TQSU delivers excellent image quality and speed gaming performance.

There are two HDMI ports and a DisplayPort input on the back – both in the latest versions. There are also two USB 3.0 ports and a headphone output. You’ll look in vain for speakers, though. The right video cables and even an adapter for a VESA wall mount are included in the scope of delivery.

The Samsung Odyssey G7 C27G74TQSU offers all ergonomic settings to adapt the curved monitor to the location optimally. It can be rotated, tilted and adjusted in height by 120 millimetres. The possibility of using the 27-inch upright doesn’t make much sense because of the strongly curved screen. The on-screen menu is graphically appealing and laid out. In addition to general settings such as brightness and contrast, it offers specific configurations for gaming such as FPS, crosshairs, flicker-free and black level boost. An adjustable LED light mounted around the panel mount ensures a real game feeling.

The Nitro VG270U P is available in a single, universal black color. Its case is made of matte plastic with two types of texture: rough on the leg and with metal imitation on the back of the case. The monitor picks up a small amount of fingerprints during use.

In this model, Acer decided to do without installing RGB lighting or other decorative elements, leaving this “privilege” for the flagships of the Predator series. Subjectively, the design of the monitor only benefited from this. On the back of the display, you can see only the manufacturer’s glossy logo and the V-shaped logo of the Nitro series.

The thickness of the monitor in a profile cannot be called minimal by modern standards, but at the same time, it does not look archaic. But what catches the eye at the first meeting is the protruding legs of the stand, the total depth of which is 24 cm. On the one hand, I wanted this indicator to be more minor. Still, on the other hand, due to its size, the tripod provides an excellent stability monitor on the surface. It prevents it from significant fluctuations if, for example, the user touches the table.

Some ventilation holes are provided in the upper part of the case due to the internal placement of the device’s power supply.

If we talk about the stand, then this is perhaps the main weakness of the Nitro VG270U Pbmiipx. Ergonomics is limited solely by tilt the monitor between -5° and 20°. Rotation around its axis is only possible with a stand. Height adjustment or pivot mode is not provided. The leg and base of the stand are made of metal and framed in a plastic casing.

Mounting to the main part of the monitor is quite simple. It is enough to direct the grooves of the legs into the corresponding holes and wait for a characteristic click. To detach the stand, press the corresponding button.

The base of the stand received five rubberized legs located along its perimeter, which contributes to the better stability of the monitor.

For those who do not have enough options for adjusting the monitor prescribed above, the Nitro VG270U Pbmiipx provides a VESA mount (100×100 mm).

The set of connection interfaces consists of two HDMI ports, a DisplayPort port and an audio output. When connecting a monitor to a video card via an HDMI cable, it must be taken into account that only one of the two ports supports the HDMI 2.0 standard and can output an image with a refresh rate of 144 Hz.

On the left side of the case is a connector connecting the power cable. The entire set of available ports is directed downwards, making connecting cables blindly somewhat difficult.

Complete speakers are installed along the edges of the case. They are, and their list of strengths, perhaps, ends on this. The volume reserve is not high; we are not talking about details or sound quality. The audio system in question loses in direct comparison to similar built-in solutions, for example, from the same LG.

But the build quality of the monitor left a positive impression. The plastic does not look cheap; there are no backlashes or squeaks, the gaps between the panels and the screen matrix in our copy turned out to be minimal.

The Samsung Odyssey G7 C27G74TQSU is a good choice for ambitious gamers and professional gamers: To the quality offered – especially the excellent gaming performance – the WQHD gaming monitor has an excellent price-performance ratio despite the comparatively high price of over 500 USD. With its 240 Hertz refresh rate, it masters even the most reactive games such as racing simulations with ease, is compatible with G-Sync and Freesync and offers numerous setting options specially tailored to gaming.

The Nitro VG270U P gained popularity among local and foreign gamers. This is a versatile monitor that is perfect for comfortable gaming in games and for serious work on processing various types of content. With a fast matrix, the review’s hero can already provide high color accuracy out of the box. The user will do without additional adjustment using a colourimeter in most cases. At the same time, the monitor has a good build quality. The Nitro VG270U P is one of the most affordable monitors with a fast IPS matrix. 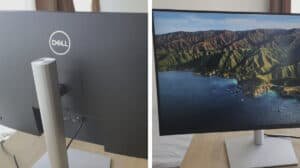 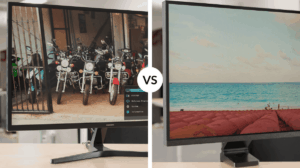 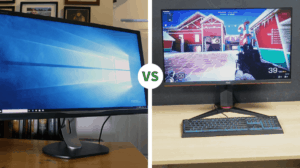 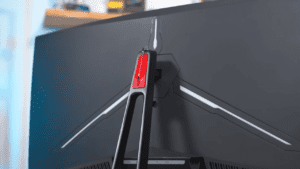 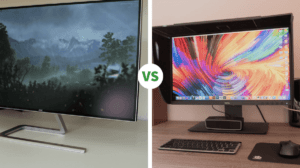