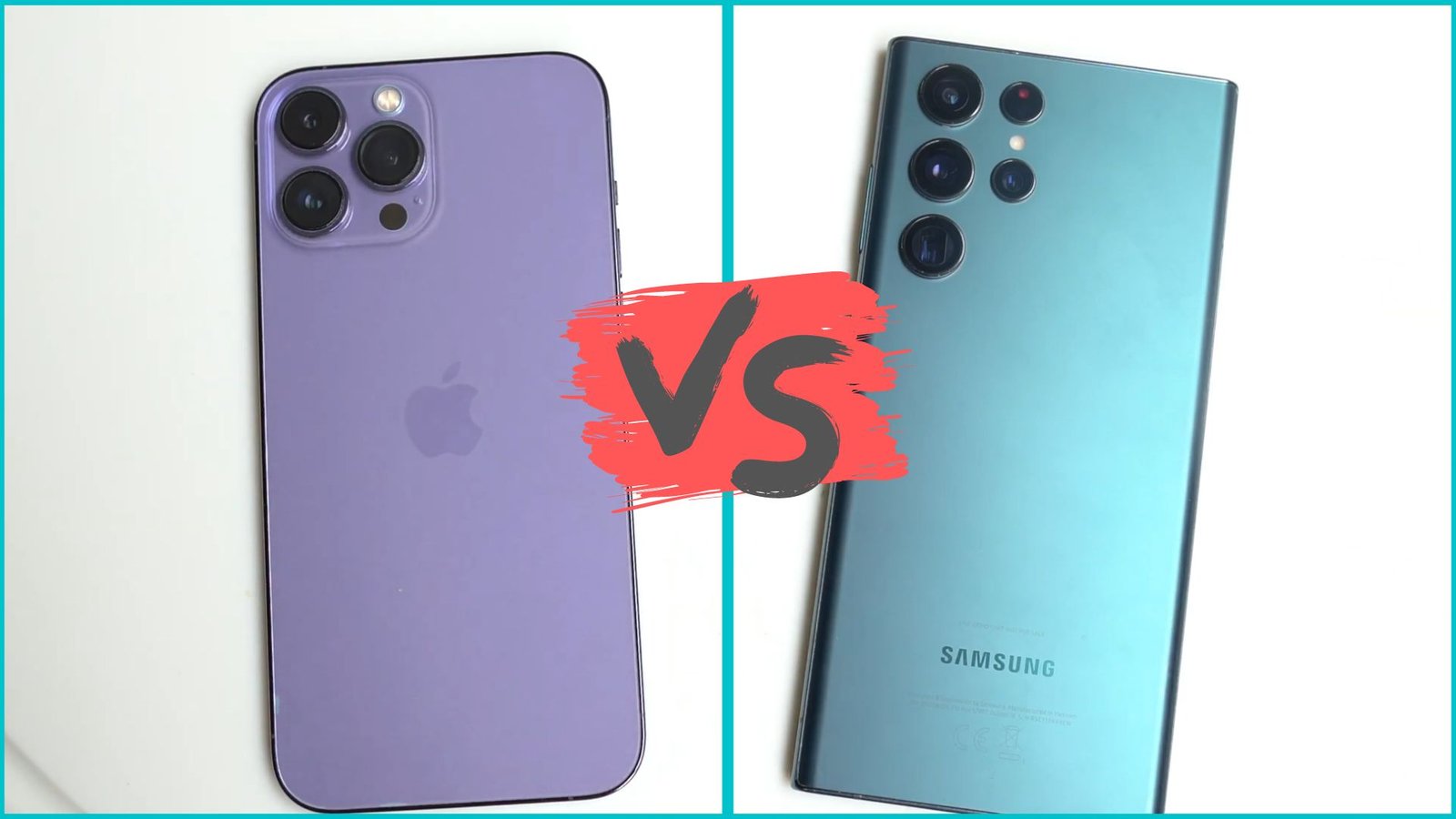 When it comes to pure appearance, the Galaxy S22 Ultra is hands down the best looking phone. However, as we all know, whenever Apple implements something, they do it differently than everyone else, including Samsung. The new iPhone 14 pro max brings the world’s first functional pill hole that has so many functions and software ui enhancements with the all new dynamic island. 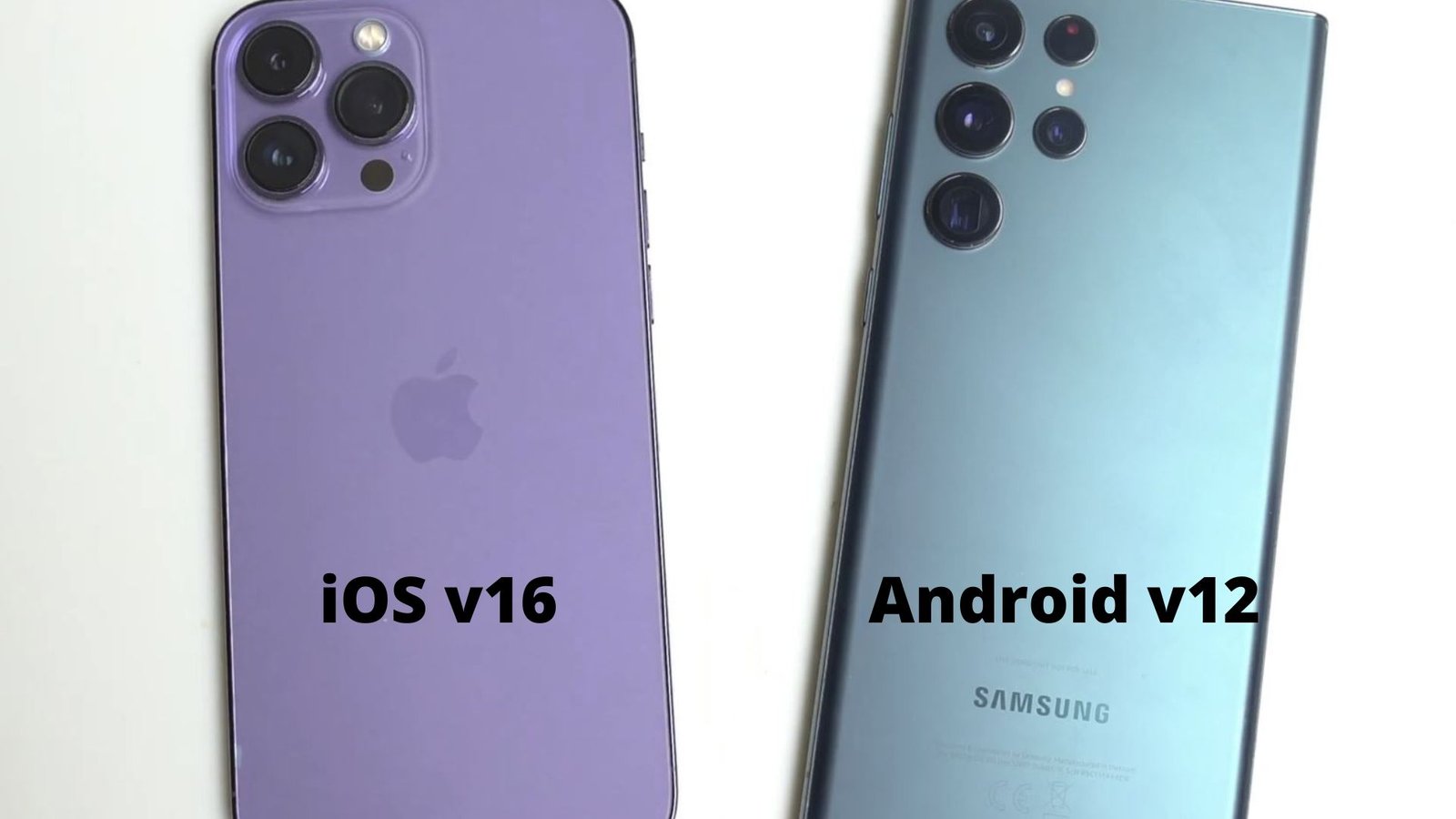 The pill obviously brings the 3D face id, which is still Apple’s main form of authentication, while the Galaxy S22 ultra has an under display fingerprint scanner. As for the back, the iPhone 14 pro max retains pretty much the same look as the iPhone 13 pro series except for a new purple colour. In my opinion, both phones have probably one of the best feels and looks on the market. 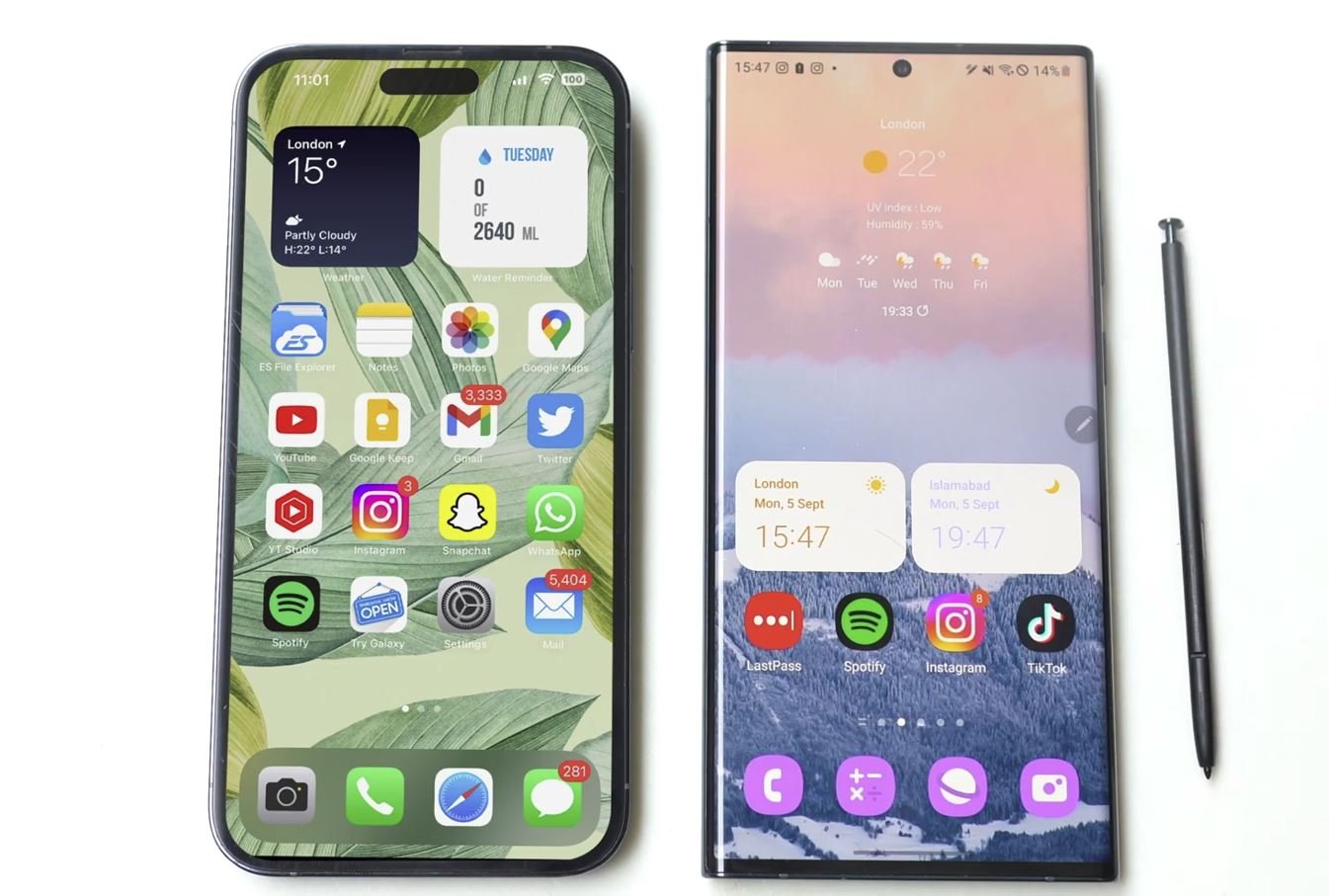 Samsung fans will be shocked to discover that Samsung is providing the best display for the iPhone 14 Pro Max, which is even better than the Galaxy S22 Ultra. The iPhone 14 Pro max display has a near 2000 nits brightness compared to the Galaxy S22 ultra’s 1750 nits brightness. Both displays have adapted refresh rates, and this is the first time we’ve seen Samsung give Apple their all. Both phones have 120 hertz refresh rates that can be reduced to one hertz to save power, though the iPhone’s panel may be brighter. 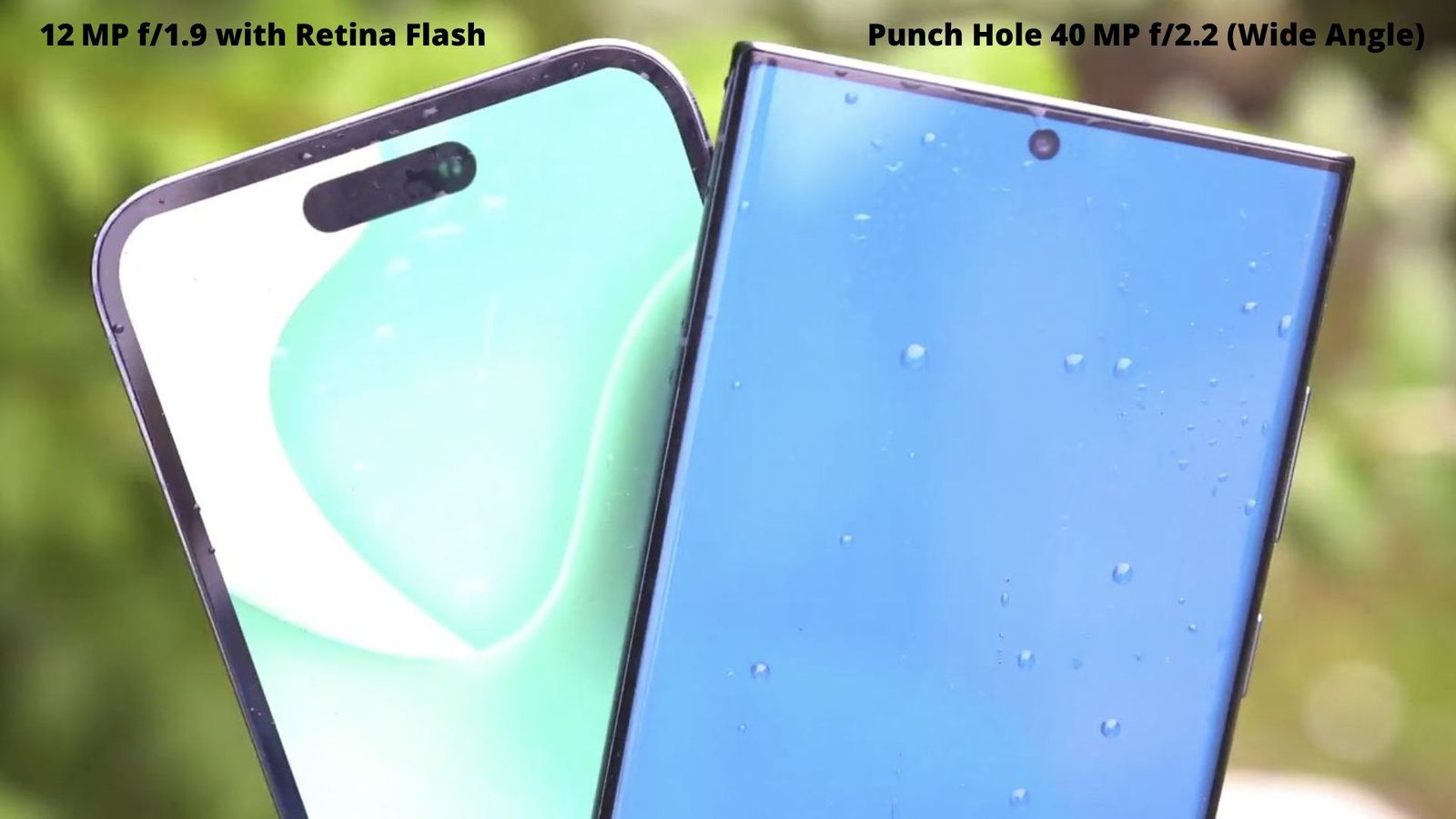 Let’s talk about cameras because this is where Apple has made the most changes. According to Apple, the new 48 megapixel camera that is taking on the 108 mega sensor of the S22 ultra brings two times better low-light performance compared to the iPhone 14 pro max, which already gives the S22 ultra a tough challenge when it comes to low-light performance, especially in video.

Another area where the iPhone 14 Pro Max will easily outperform every other phone on the market is battery performance. The S22 Ultra is easily outperformed by the iPhone 13 Pro Max, and the 14 Pro Max will only extend that lead further as it adds nearly one to two hours of extra usage with an even more efficient chip display and a larger battery.

When it comes to pricing, Apple is actually giving you more value with a starting price of $1099 for the iPhone 14 Pro Max while the S32 ultra is still costing $1000 while the galaxy S22 ultra has to pay a price for Samsung going all the way with the foldables despite being seven months old.

Apple is the king of smoothness, and unlike previous years, I believe this is an unfair comparison because the S22 ultra has too much mileage to compete with the iphone 14 pro max A16 chip, battery life, and camera, which can stand on its own but low light video will be even more difficult to compete with given the S22 ultra’s old ship.

The iPhone 14 Pro Max 4K cinematic mode, and to top it all off, Apple actually undercuts Samsung in value with a hundred dollar lower price for the iPhone 14 Pro Max. I wish Samsung had the performance and battery life of the fold four on the S22 ultra, but that’s not going to happen. The galaxy S23 ultra will undoubtedly be the true challenge to the iPhone 14 Pro Max, which has honestly stunned the competition.