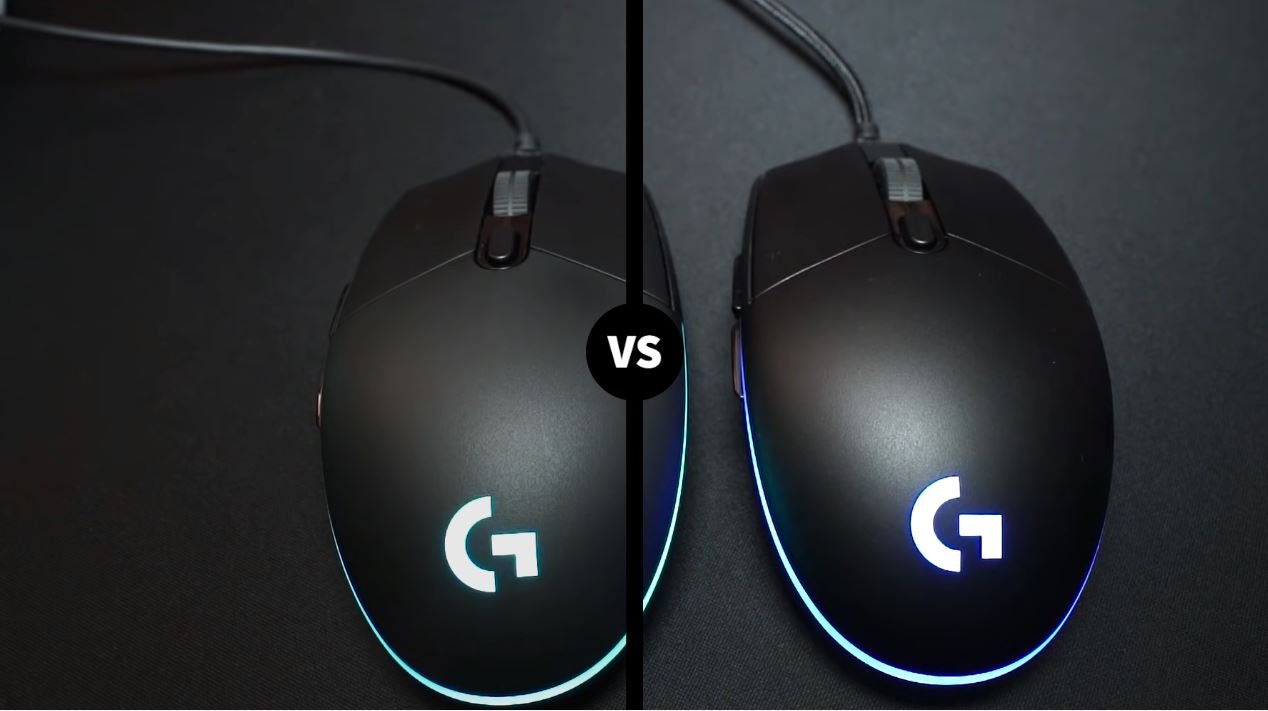 The Swiss manufacturer, Logitech, has been around since 1981. The company began to see widespread success near the turn of the millennium. Although its primary focus is on manipulators, Logitech also makes headsets, webcams, console accessories, and a plethora of other products.

The Logitech G102 and G203 mice are the focus of today’s in-depth examination. Despite its conventional appearance, the manufacturer claims that the Logitech G Hub software allows for unlimited personalization for use in both gaming and other applications.

There is no difference between the Logitech G102 and G203 in design. The Logitech G102 (left) and G203 (right) are identical save for the G’s colour, which varies from one hue to another due to its RGB lighting. 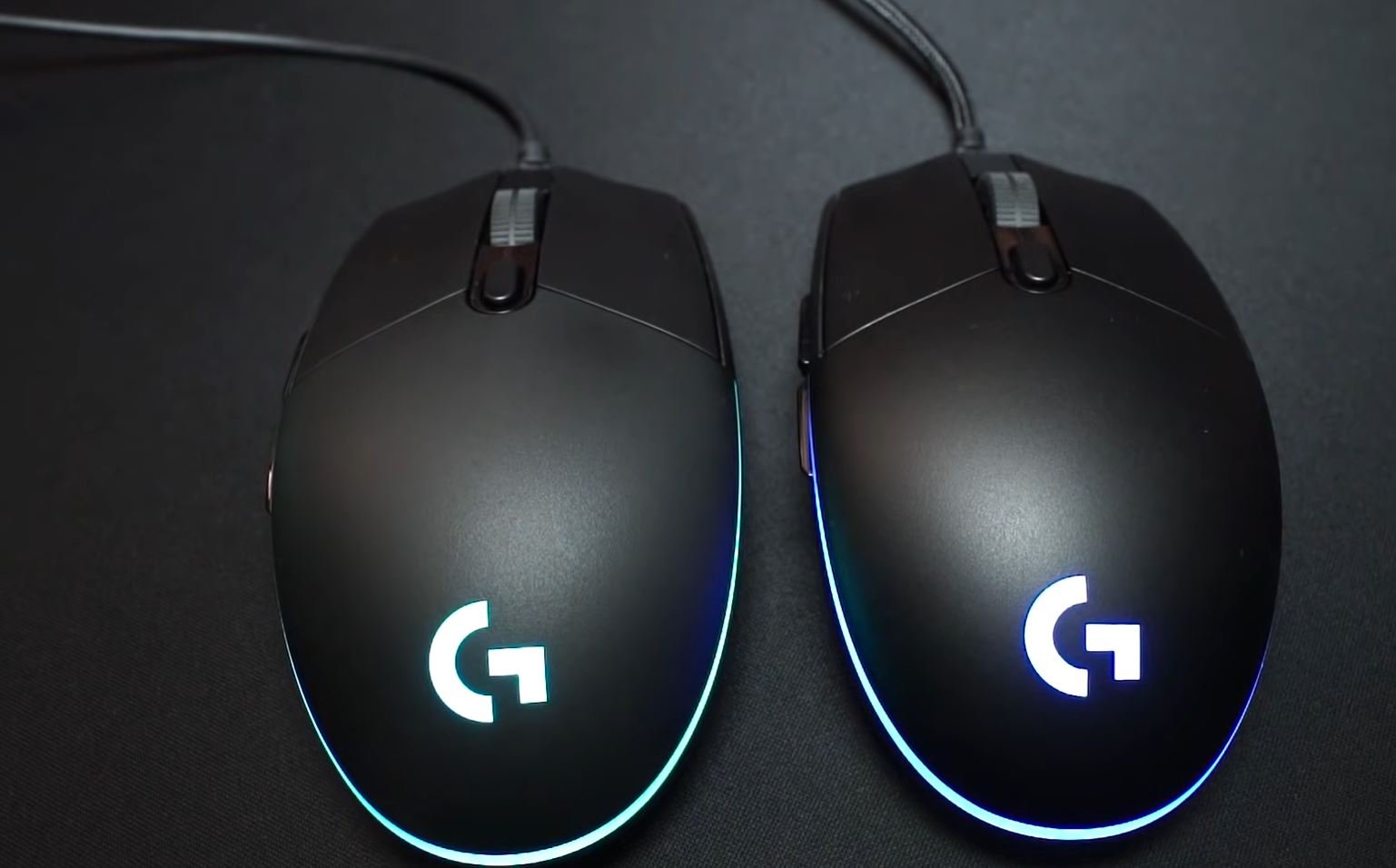 That’s correct; the Logitech G102 and G203 are almost identical gaming mice, and that’s because they are. Logitech initially released the G102 in Asia before rebranding it as the G203 in the US.

As a result, the Logitech G102 and G203 Prodigy mice sport the same traditional housing inspired by the Logitech G100S mouse, which was a popular choice for eSports professionals in the past. They are comfortable to handle and use thanks to their symmetrical design and soft matte finish. 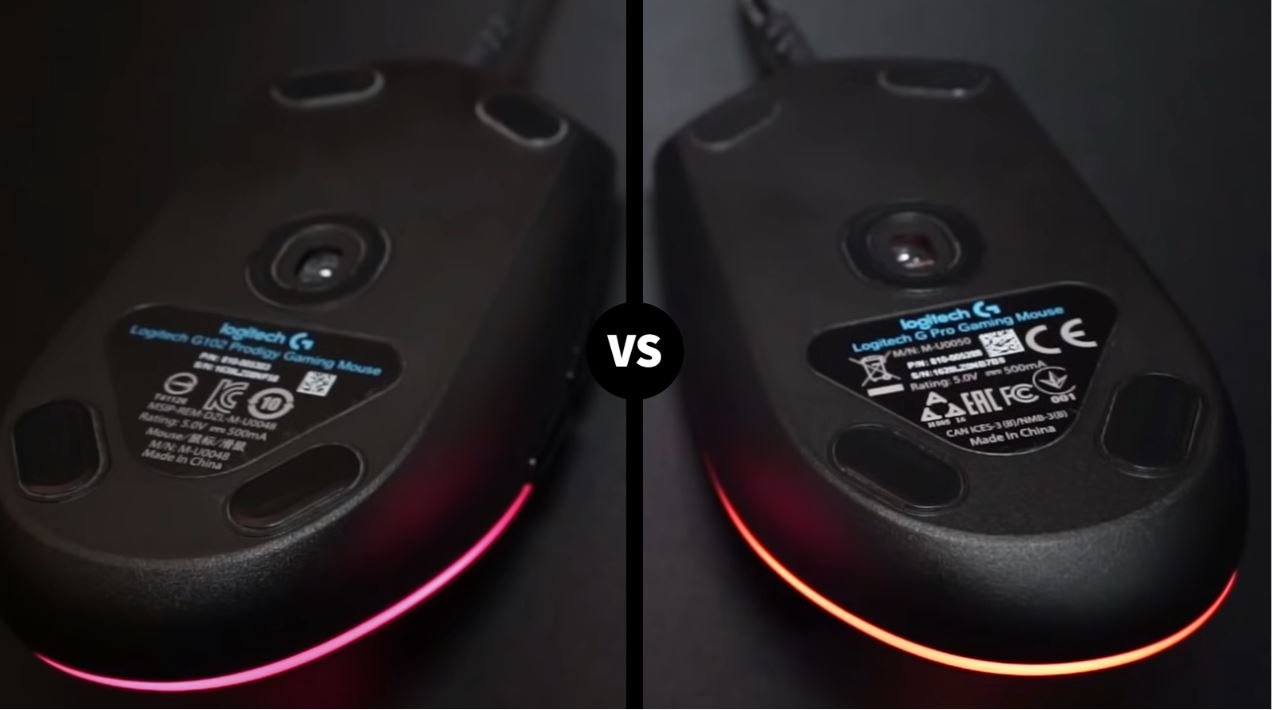 There is an LED strip on each side of the G-series logo that may be configured to light up as desired. It’s called LIGHTSYNC technology from Logitech, and it’s capable of illuminating 16.8 million colours. In either white or black, this faint RGB illumination adds a lovely touch to the mouse. 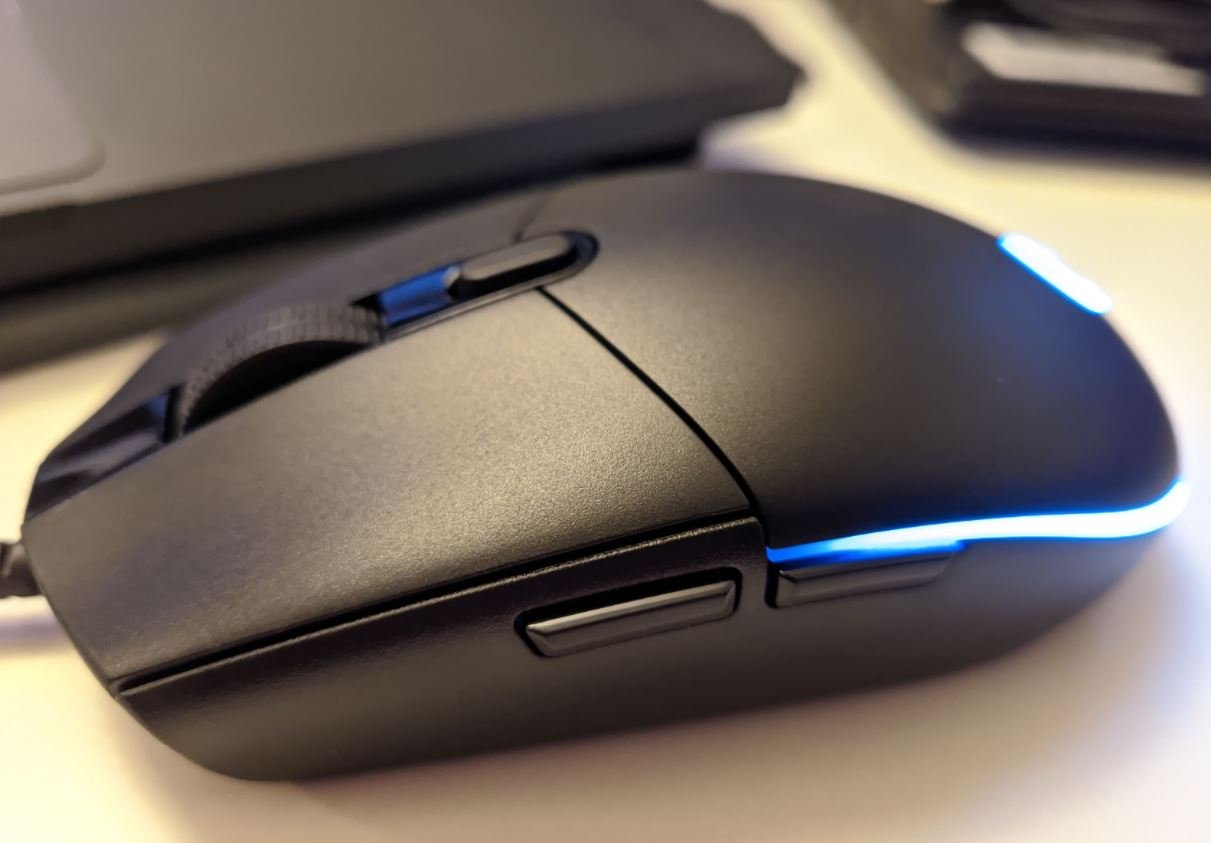 The Logitech G102 and G203 contain six customizable buttons that may be used right out of the box, just like most gaming mice. The DPI buttons on the bottom of the mouse wheel allow you to adjust between up to five different sensitivity levels, while the rubberized, notched wheel makes accurate scrolling possible. 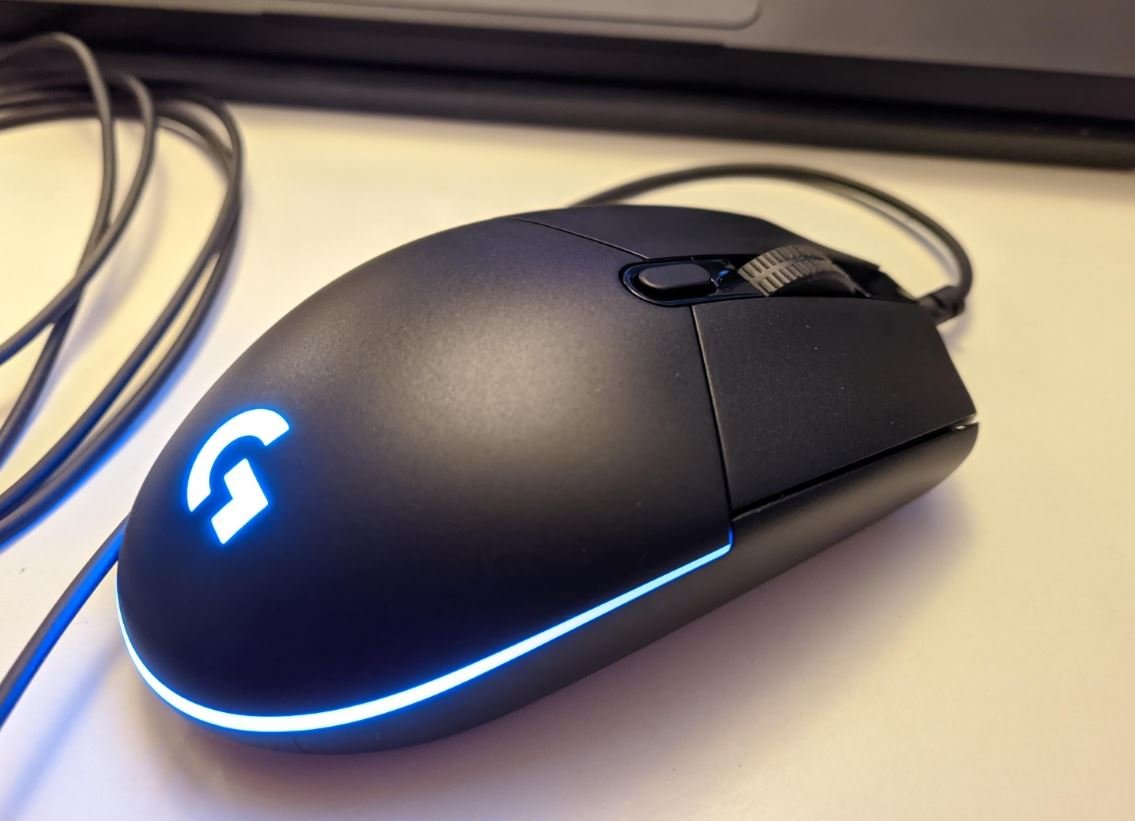 Both the G102 and the G203 from Logitech offer the same set of capabilities. The Logitech G102 and G203 come with 6 buttons that can be linked to each other in order to make your gaming experience more efficient. Most games allow you to do this directly in-game, but the Logitech G HUB software, a full customization suite designed exclusively for the G-series gaming mouse, also allows you to do so. 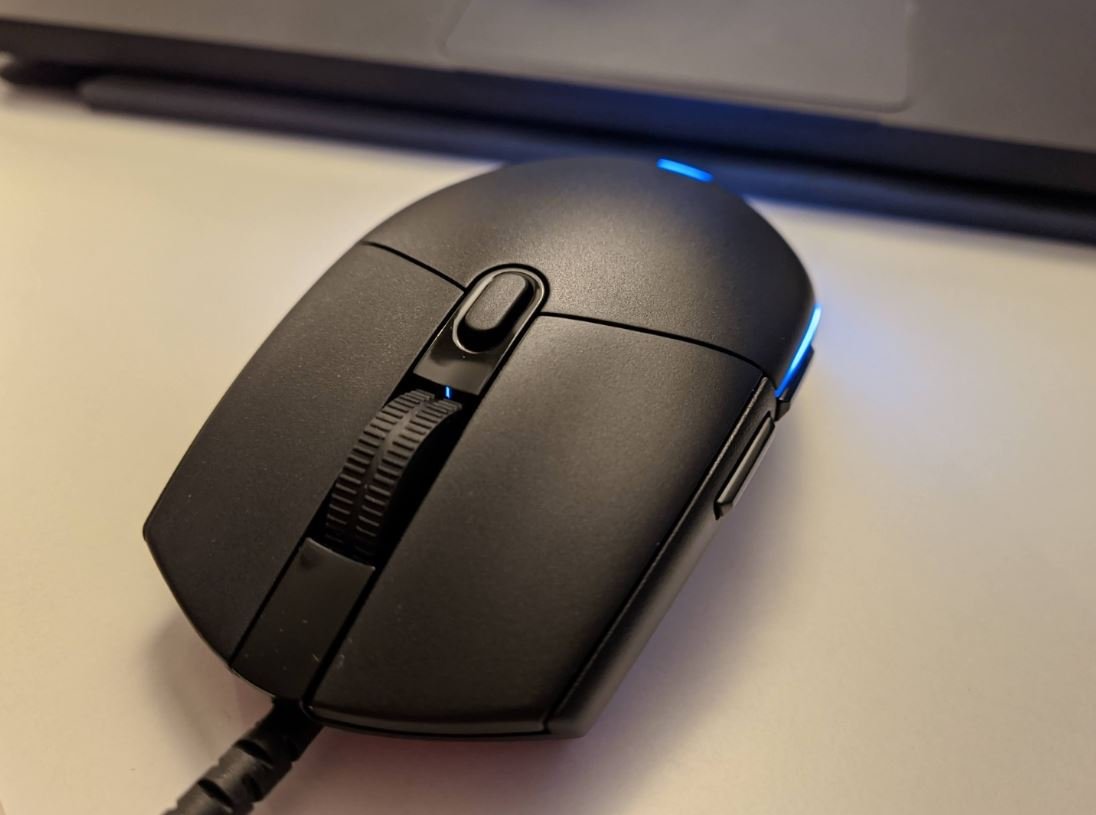 It’s possible to build button mappings ranging from simple keys to shortcuts and other keyboard instructions using the Logitech G HUB. As a bonus, you can use macros to do numerous actions at once. Your animation can be timed to other compatible Logitech peripherals or keyboards using the LIGHTSYNC wave pattern and colours available in the app.

There are five preset levels of sensitivity to choose from with the DPI cycle button on the Logitech G102 or G203. In the G HUB options, you can alter these levels to acquire the control you prefer for any game.

Logitech G HUB saves your preferences in the G102 and G203’s internal memory, allowing you to use them on various computers with the same results. If you have many gadgets, it’s a terrific way to increase your quality of life by just plugging them in. 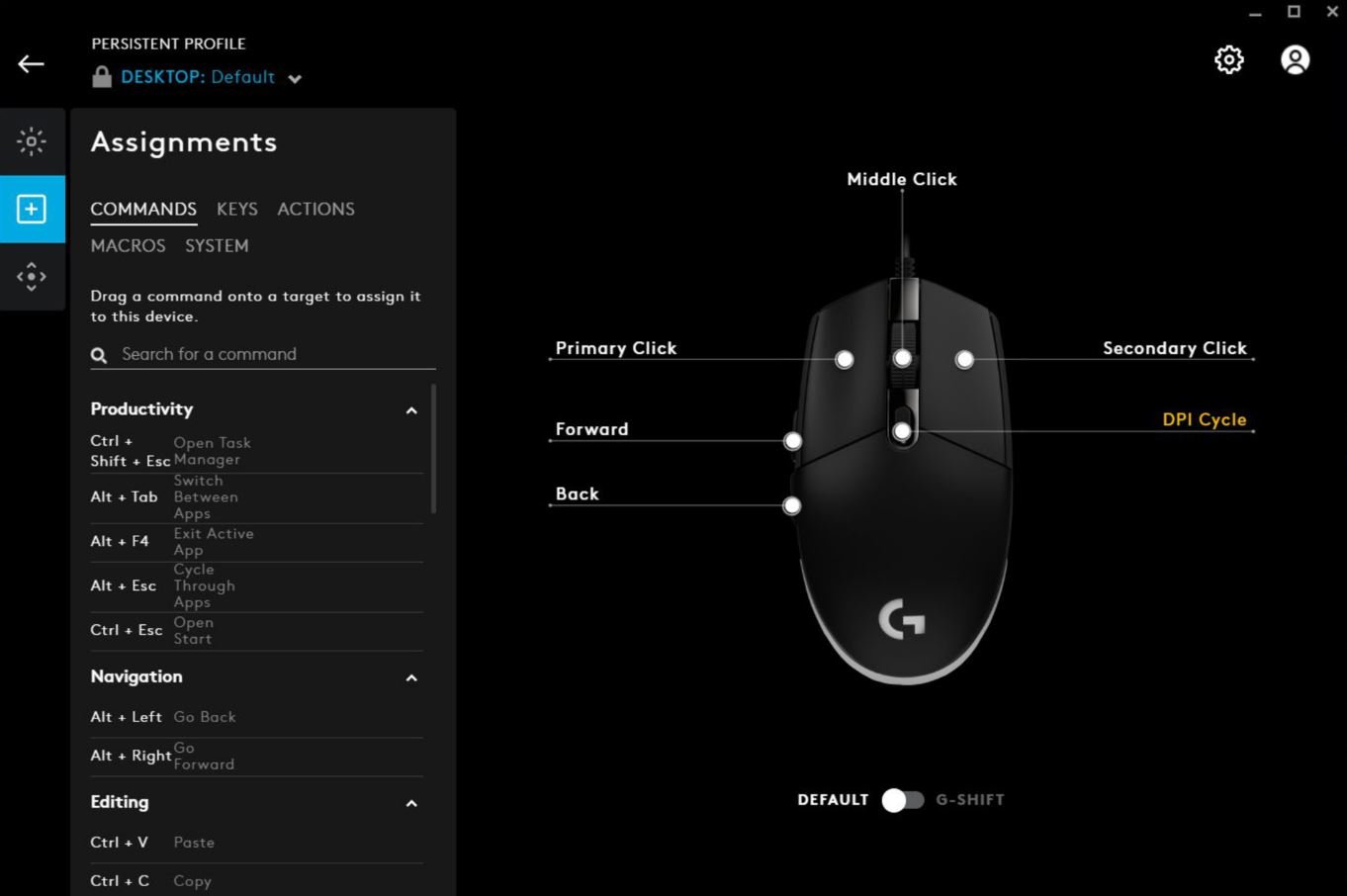 The software, Logitech G Hub, enables all of the mouse’s features. You can change the backlight activity period, language, and a few other preferences in the “Settings” tab, which is located in the top-right corner of the interface. The lighting chart allows full control over the mouse’s illumination, including the ability to create your own effects and synchronise them with other devices, as well as a wide range of glow colours. If you click on the “assign” tab, you can program each key to perform a specific action, set up macros, and reassign system-wide controls to specific keys. The program lets us tweak the DPI speed values or enter our own in the 3 sensitivity tabs. There is a minimum DPI setting step of 50.

The Logitech G102 and G203 are great gaming mice for beginners on a budget. Their adaptability and exceptional capabilities are enhanced by the fact that their components are customizable. Lots of other features, such as DPI, lighting effects, software, and buttons, are also shared between the two.

The G102 and G203 have a good shape that is quite universal, making them easy to use with either hand. The mouse is ergonomic; both palm and claw grip users will find it comfortable. The mouse’s body is made of a durable plastic that does not flex under intense pressure and does not creak.

Are you a gamer or just looking for a multi-purpose mouse? Both the G102 and the G203 are excellent choices for that purpose. Though they lack aesthetic appeal, both produce a polished result. We could risk it all by trying to get the G102 mouse.